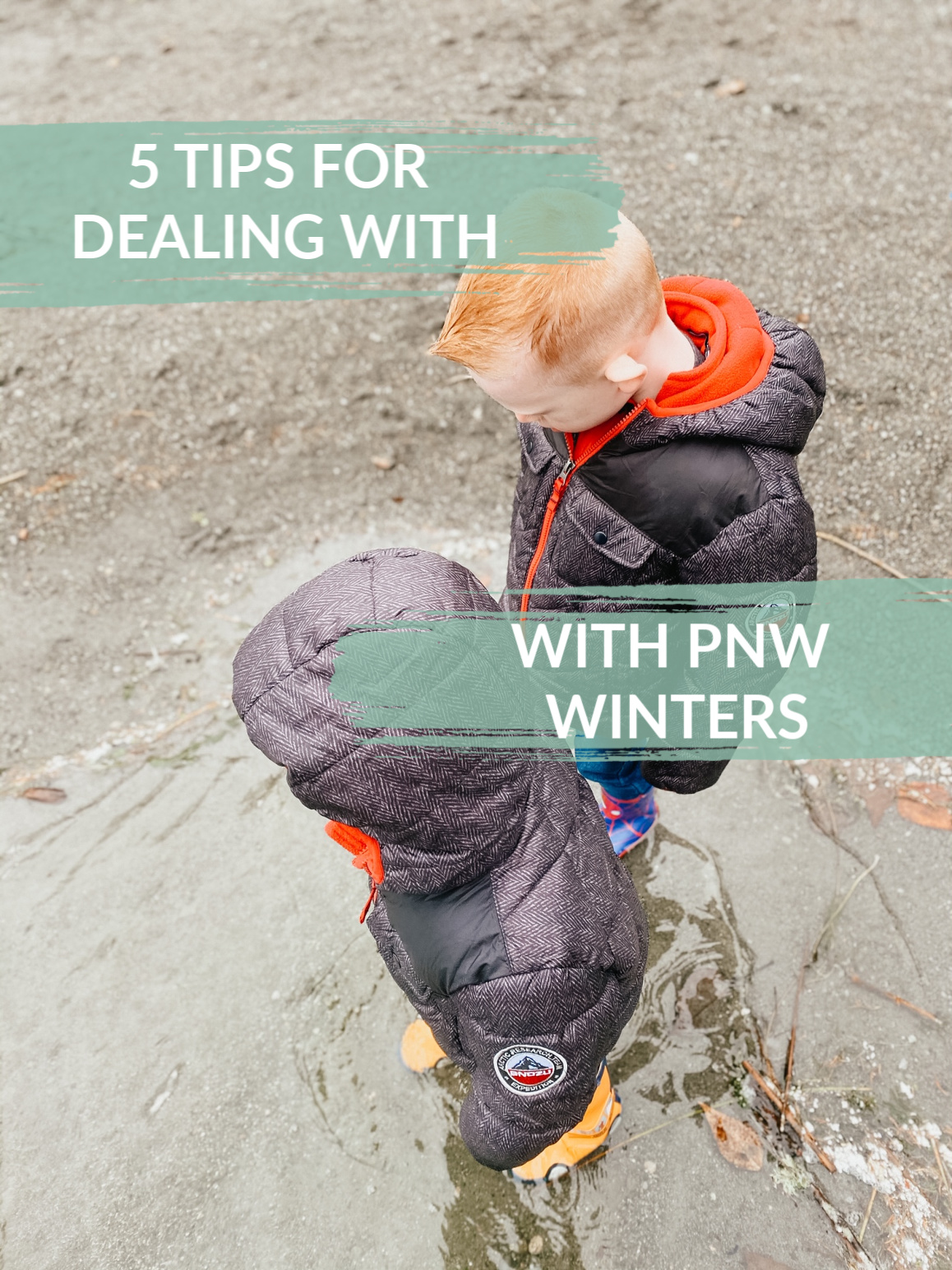 If there’s one thing I wasn’t looking forward to when we moved to JBLM a year and a half ago, it would be dealing with PNW winters. Though I’d never lived in the PNW before, everyone who has warned us about the so-called “rainy season.” Essentially, from mid to late-fall, the region is pretty rainy. I’m not talking about rainy rainy, for those wondering. There aren’t a lot of days with constant deluges. Rather, the weather is generally gray and misty with a light rainfall that’s consistent but not altogether soaking. If that’s not too much information about weather, allow me to continue…

Having moved from Fort Drum, Ryan and I were eager for a few years of consistent sunshine and warmth. I love a good snow day, but I was ready for a change, so finding out we were moving to a rather rainy climate was less than appealing to me. That said, we’ve done our very best to make the best of it, even if it’s not our favorite duty station. Because it’s not crazy rainy here, as long as you’re prepared, you can actually enjoy the great outdoors in the PNW – and there’s a lot of it – so, why not? 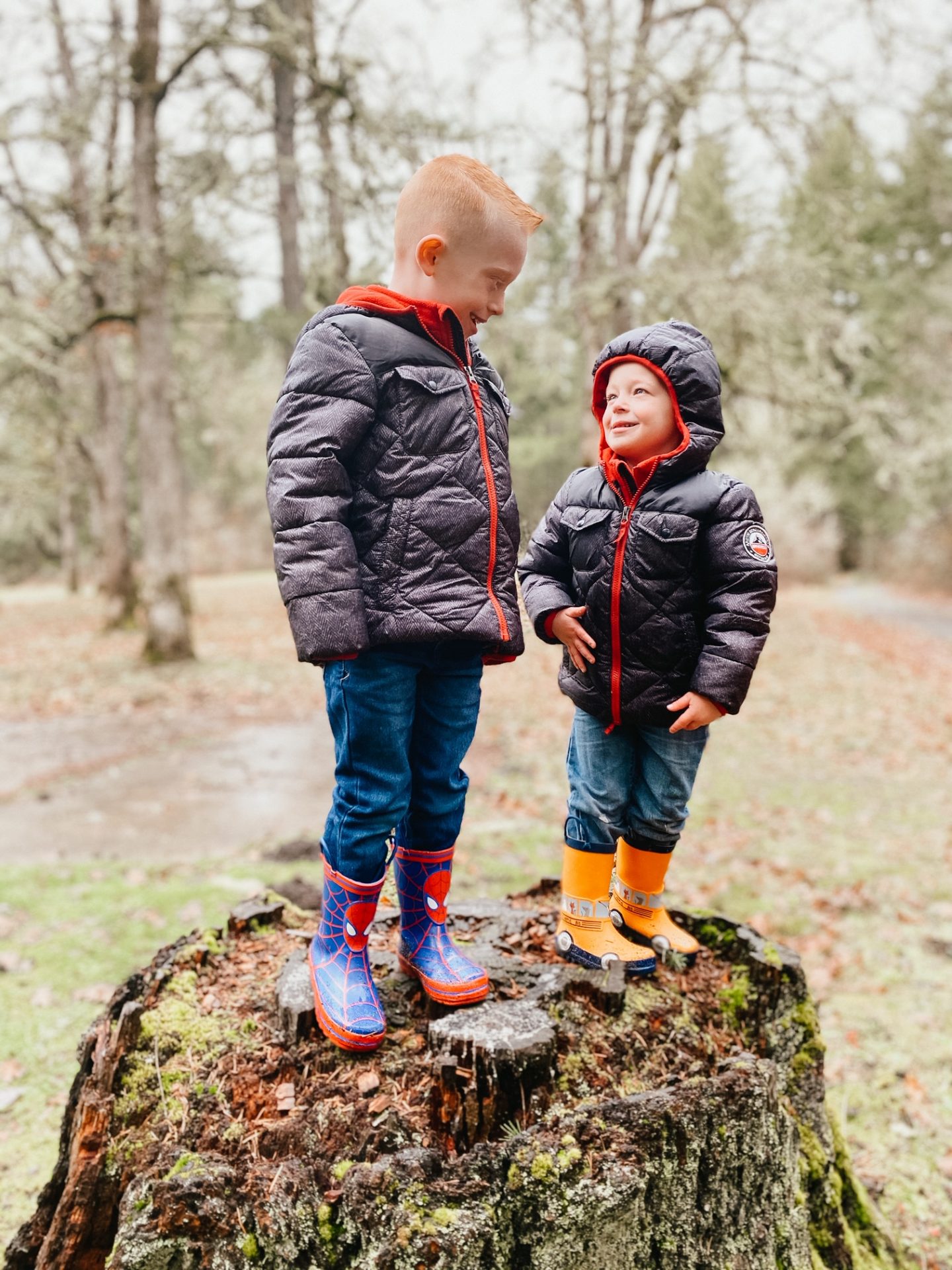 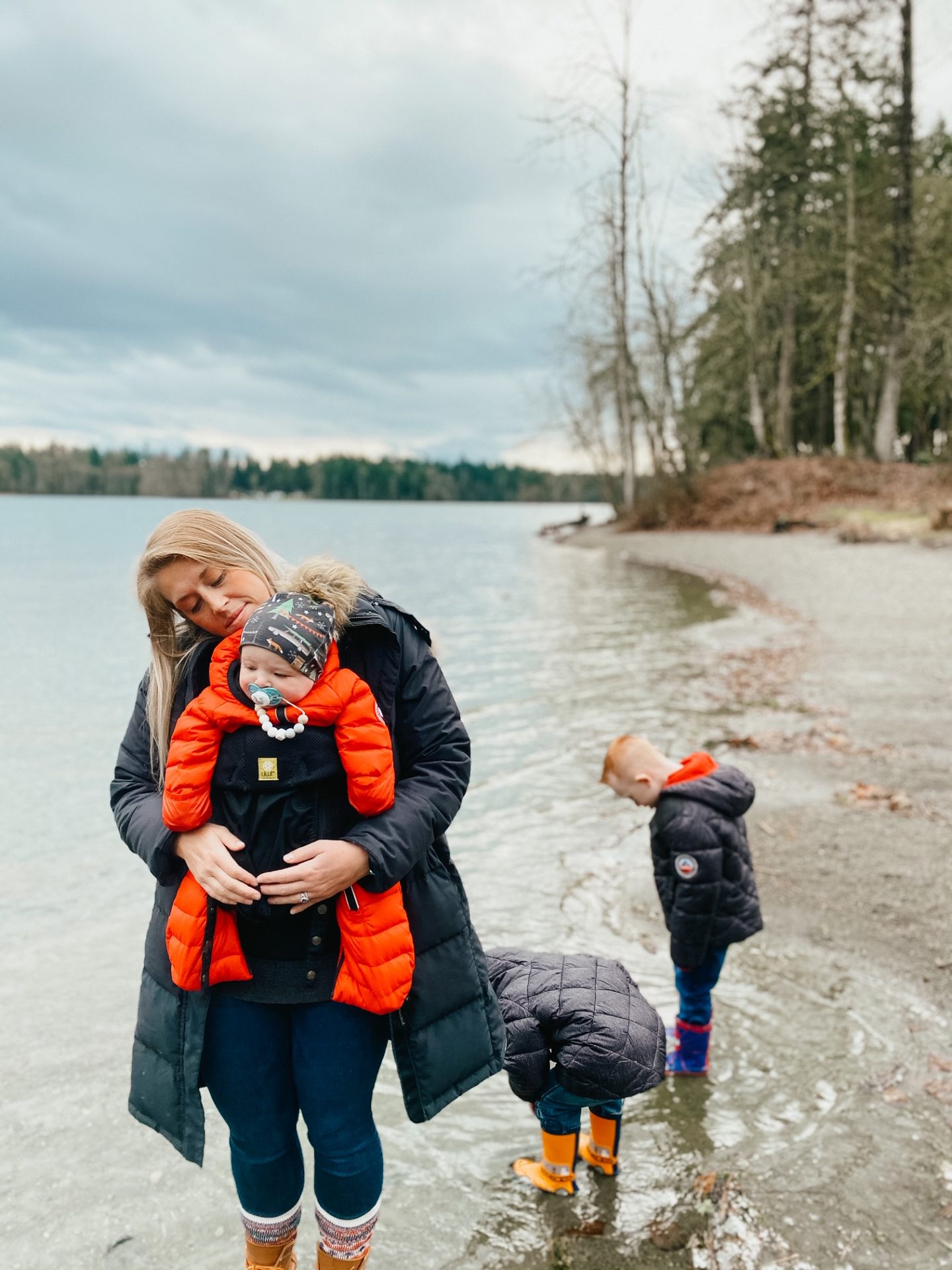 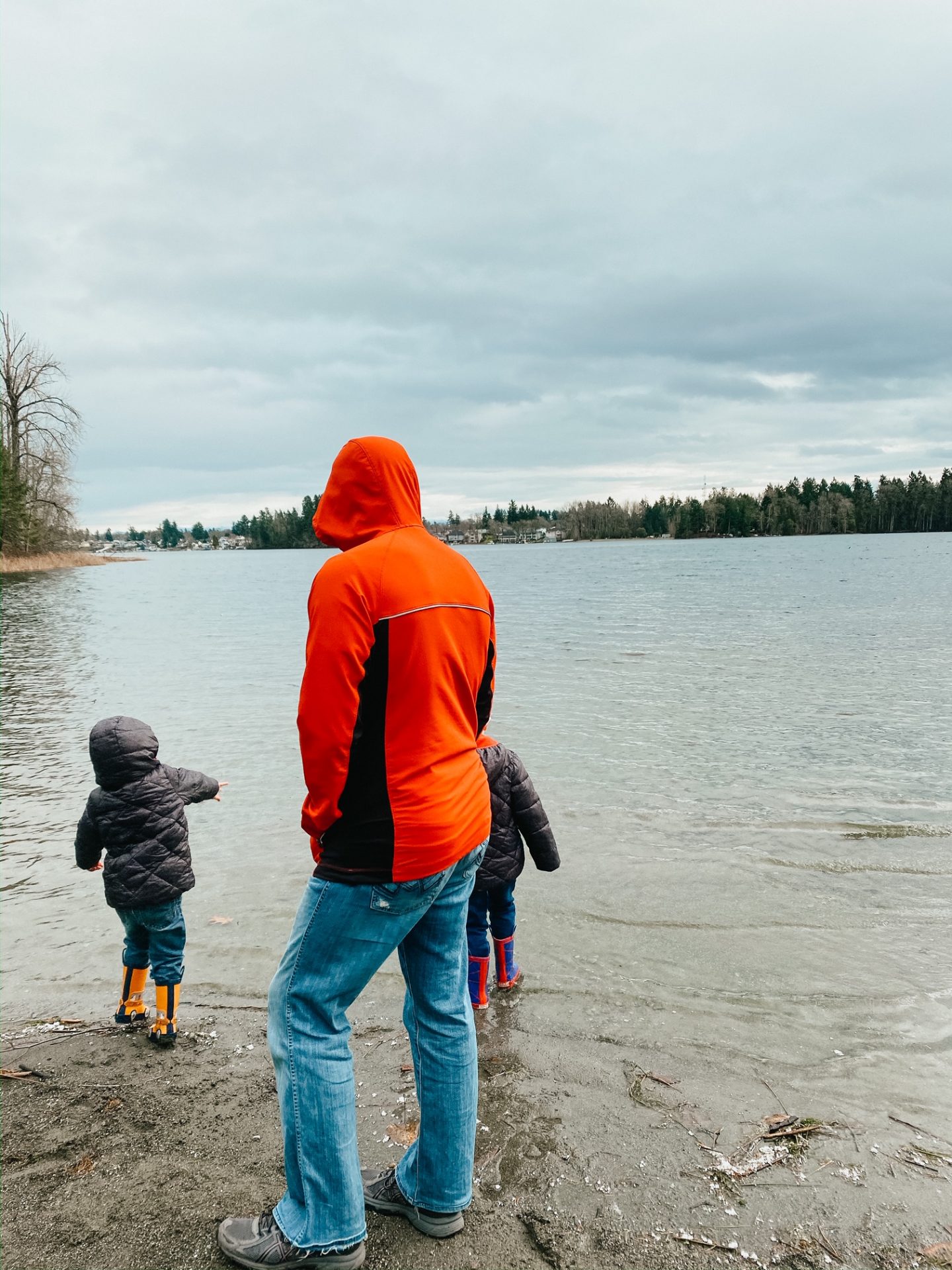 The fact of the matter is that it’s completely possible for you to have fun while dealing with PNW winters, despite what I expected when we moved out here. So, if JBLM is on the docket for you, I wanted to share a few tips that have helped us stay happy and sane, even on those gray days.

Invest in Gear for All Weather

We bought the kids Oaki rain jackets, and they have been extremely useful and versatile every season. They have a thick cotton liner, and the boys stay warm and dry when they wear them. We usually trade them for our trusty Costco jackets for the colder days, and we made sure to invest in rain boots so, yes, the puddle jumping can happen at any time.

I’m going to be honest. If you refuse to invest in gear for all weather, you will hate it here because you’ll likely never go outside. It’s completely possible to have fun in the rain, as well as the sun, and there is so much to do outside here. From hiking to exploring towns like Leavenworth, fantastic playgrounds near base, and more, going outside will keep you sane and happy.

Get Some Light Therapy

Despite the fact that fall and winter are primarily gray here in the PNW, the sun does shine. When it does, throw open your blinds! Go outside! Exercise. Soak it up. For all those other times though, consider investing in some good lights for around the house. It’ll cheer you up, as well as combat those seasonal affect disorder  (SAD) symptoms. This site has a roundup of six of the best SAD lamps on Amazon. 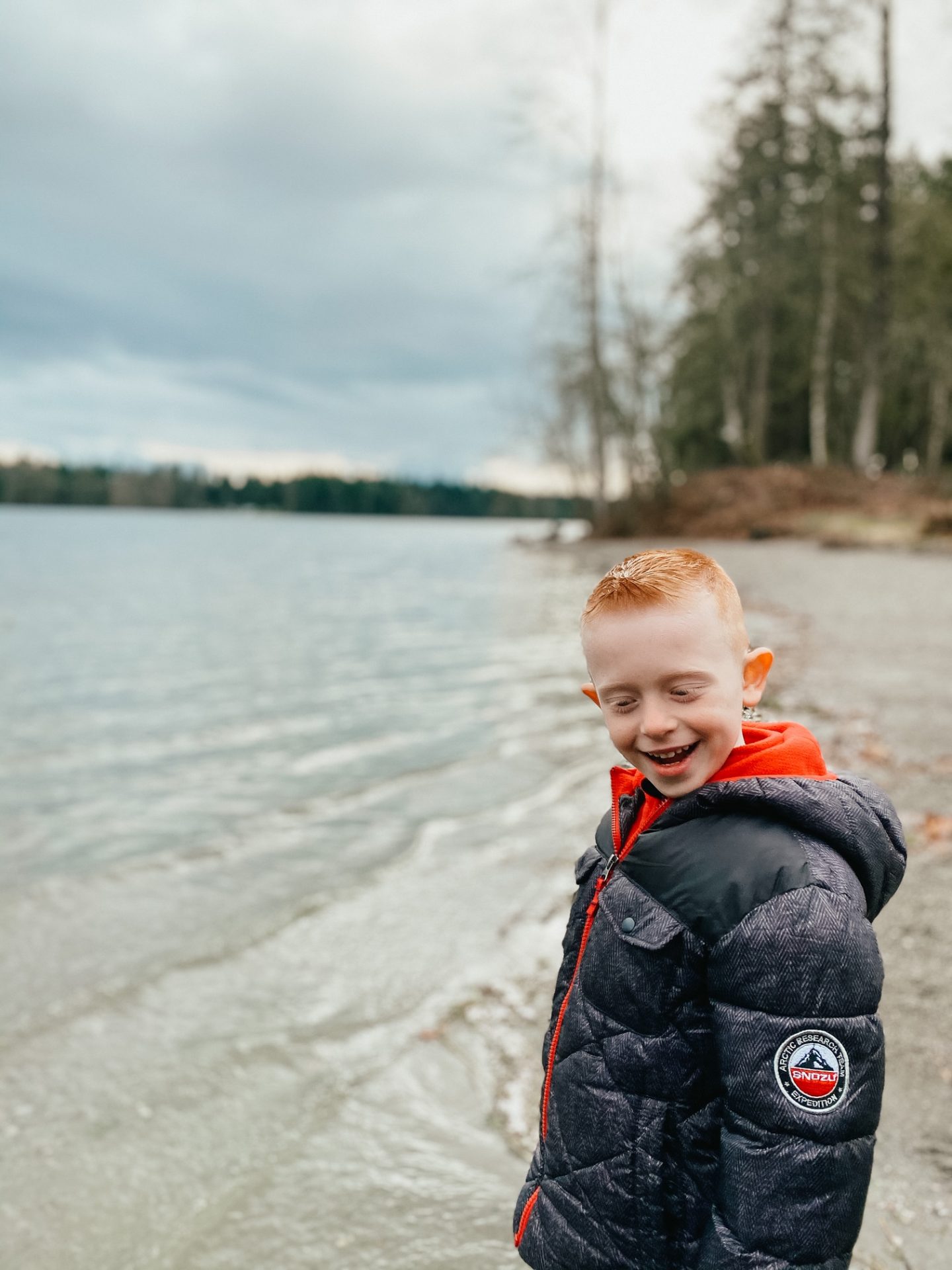 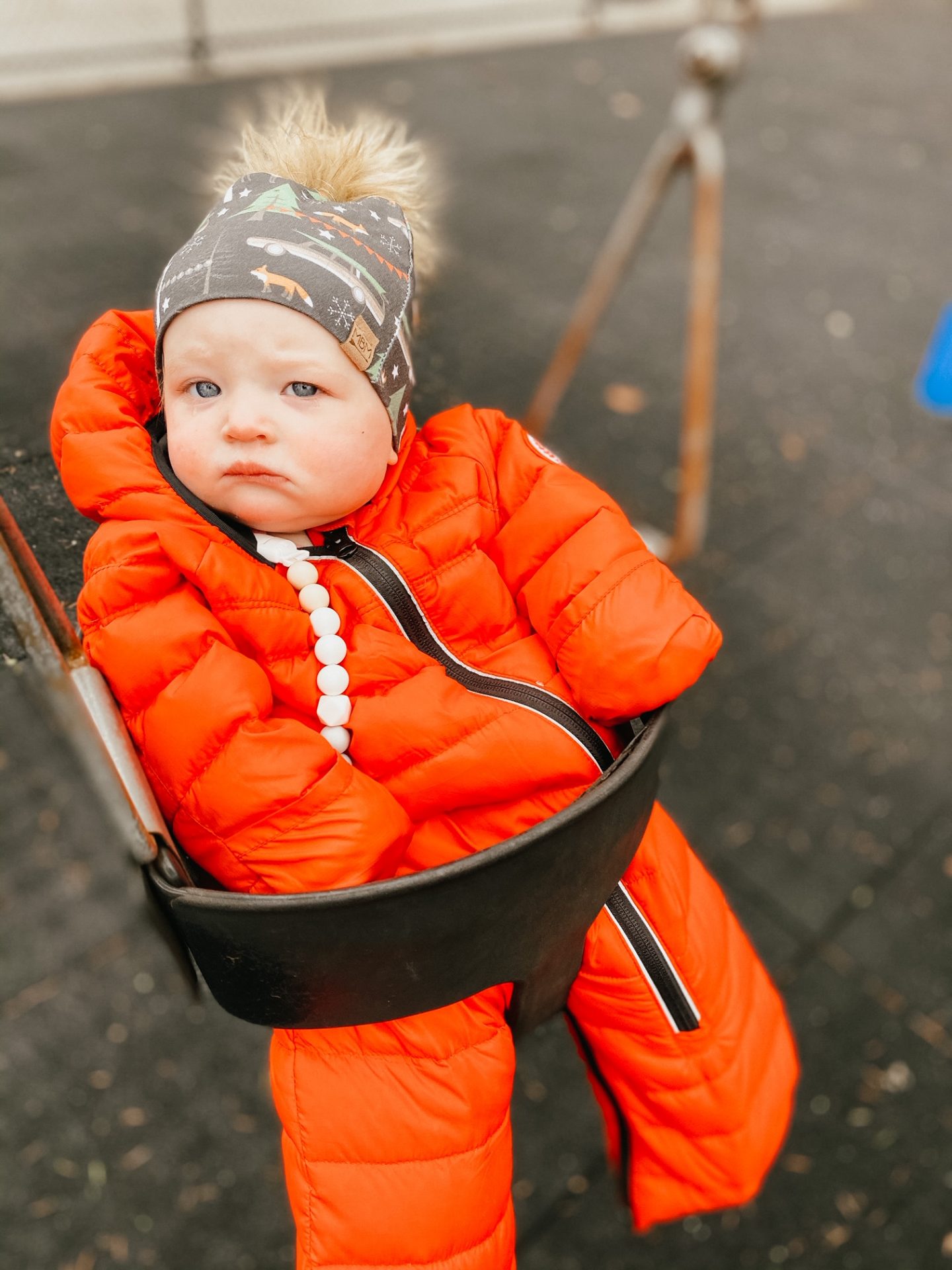 Yes, I’m talking about the whole family and, no, it doesn’t always have to be in the traditional sense of the word. We’ve found that even the kids get grumpy and angsty if they’re cooped up too long, which is why we make a point of going outside. Whether you’re going for a run, going to an indoor pool (we have a membership at Lakewood Y), join Wear Blue, or just going to the playground, move. Exercise acts as a natural antidepressant for all ages.

The weather doesn’t have to be perfect for an adventure. You might remember we went to Leavenworth on a spotty day. It actually stayed sunny while we were there though, and it rained all the way home. The rain can be beautiful when exploring. Visit the Hoh Rainforest, or take a day trip out to Westport to see the ocean in the rain. Things don’t shut down in the rain, and they often seem even more magical. Make a bucket list, and make a point to see as much as possible. There’s nothing worse than simply being cooped up.

I’ve worked over time to be a glass half full kind of girl and, though I’m a work in progress, we’ve learned that every duty station has its charm – so long as you’re willing to find it. Dealing with PNW winters might not sound fun, but it is what you make it. Do you have any tips for dealing with gloomy winter months? What works for you and your family?