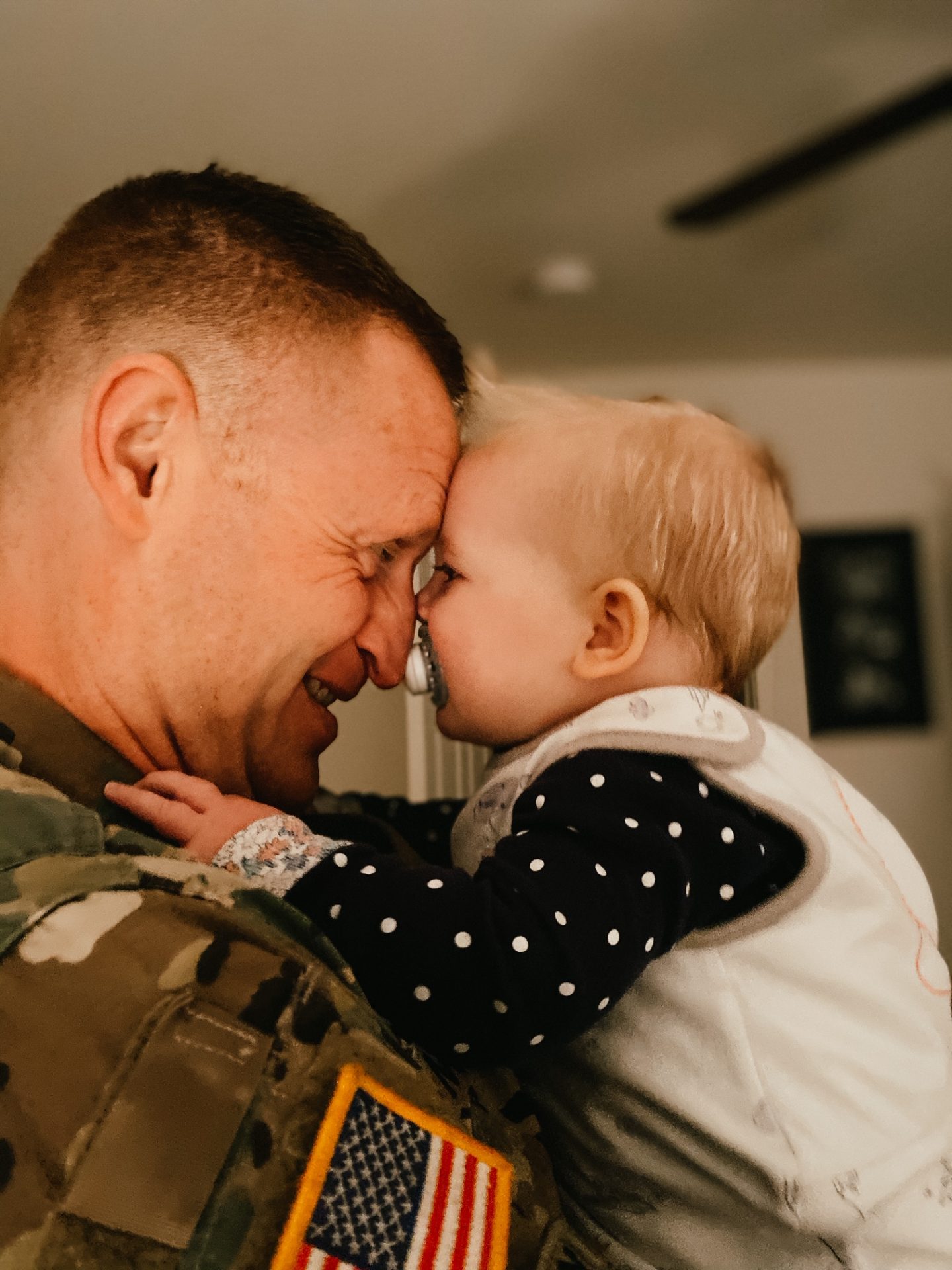 Does anyone else feel like January was basically the longest month in recent history? I saw a meme that declared “it feels like January 74th,” and I felt that on a soul level. So, there’s a pretty big part of me that’s thrilled to write out this January wrap-up and February goals. It’s been a long, gray, rainy month here in the PNW, and I’d be lying if I said this was the easiest month of our time here at JBLM. Between the letdown after returning from a beautiful holiday in South Africa, leaving the sun to return to gray days, Ryan’s incredibly demanding work tempo right now, and sheer exhaustion, January has been hard.

That said though, it’s the final day, and it’s also our little Mieke’s 10-month birthday! Can you believe we have a 10-month-old again?! It feels like just yesterday that we were announcing her birth. It’s been a fun few months though, as we’ve watched her grow more aware, more personable, and more mobile (yikes!) She has zero desire to crawl, but instead rolls from one side of the room to the other. She is getting closer to walking though, and she stands pretty comfortably with assistance. So, it’s anybody’s guess when this girl’s going to be on the go.

I also managed to accomplish a big change for our boys this January! If you follow me on instagram, you likely saw that I finally bit the bullet and swapped out the boys’ single beds for a bunk bed – something they’ve wanted for some time, but we just weren’t sure they were ready. Projects like this help keep me sane, and though it was daunting, it was good for me to buckle down and distract myself from the awful weather and throw myself into a project for a change. They’re very into superheroes, so I rearranged some of their decor, bought them new bedding, and made it a bit more grown-up. Their room isn’t done, but it’s getting there! 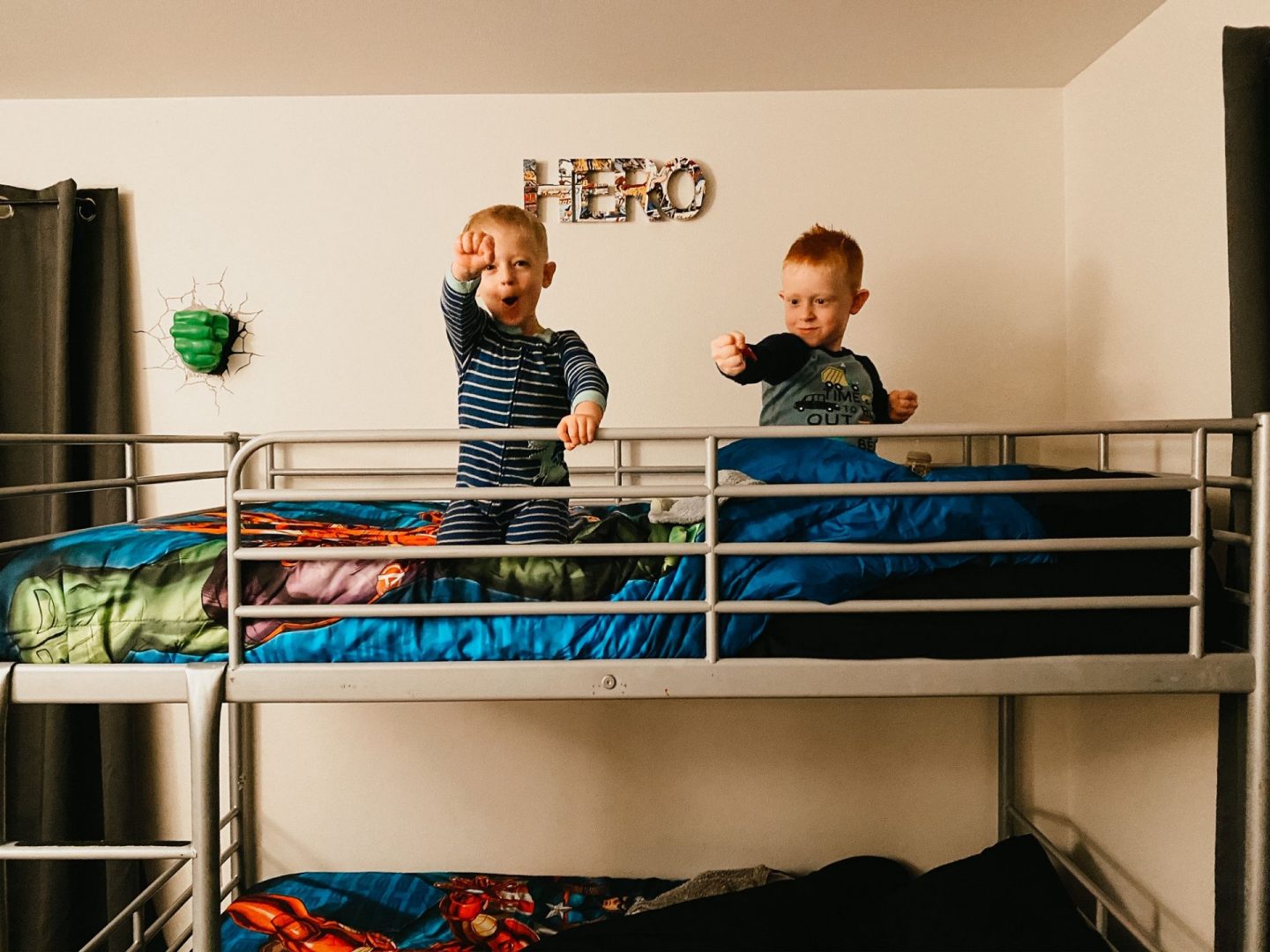 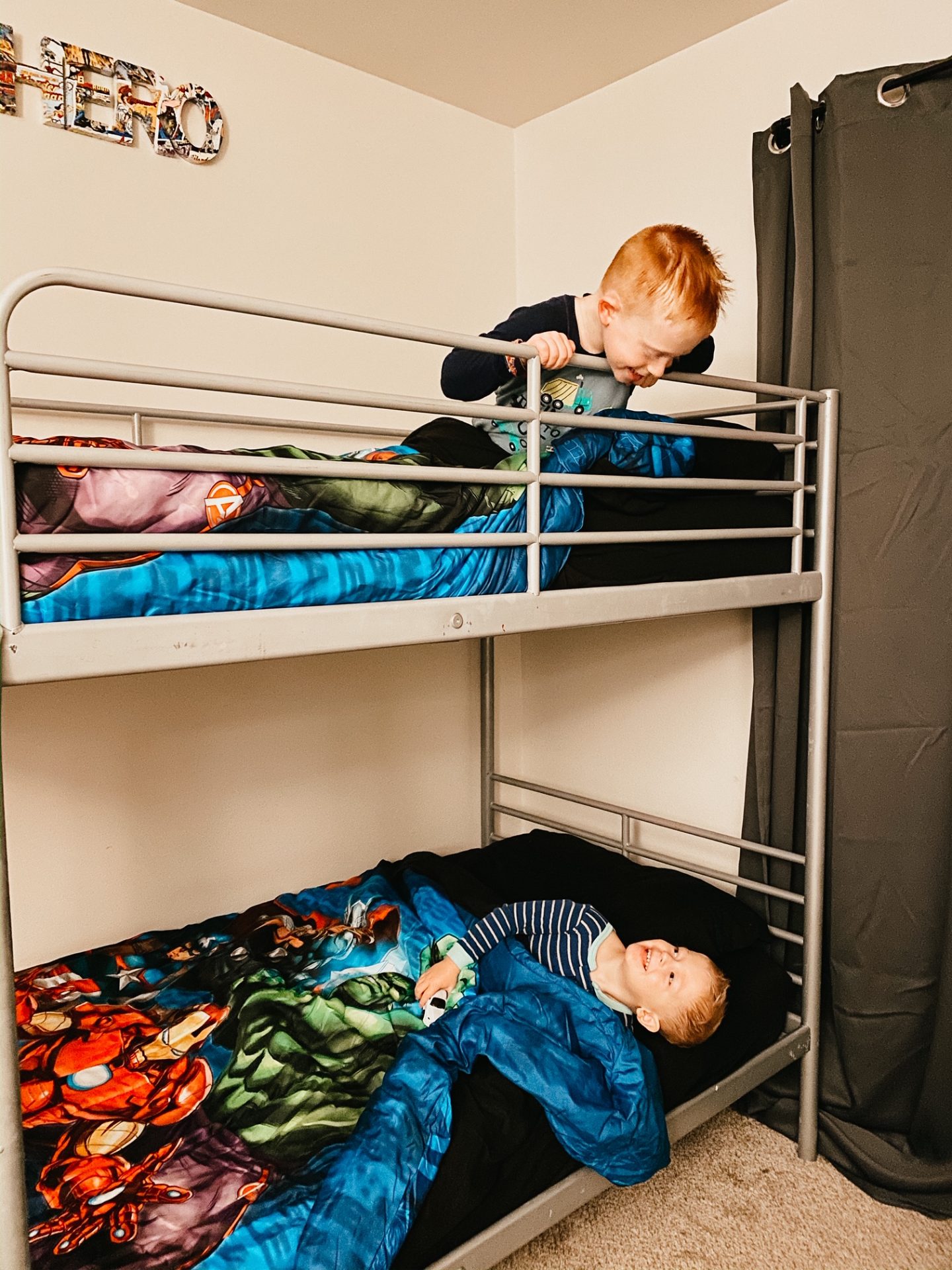 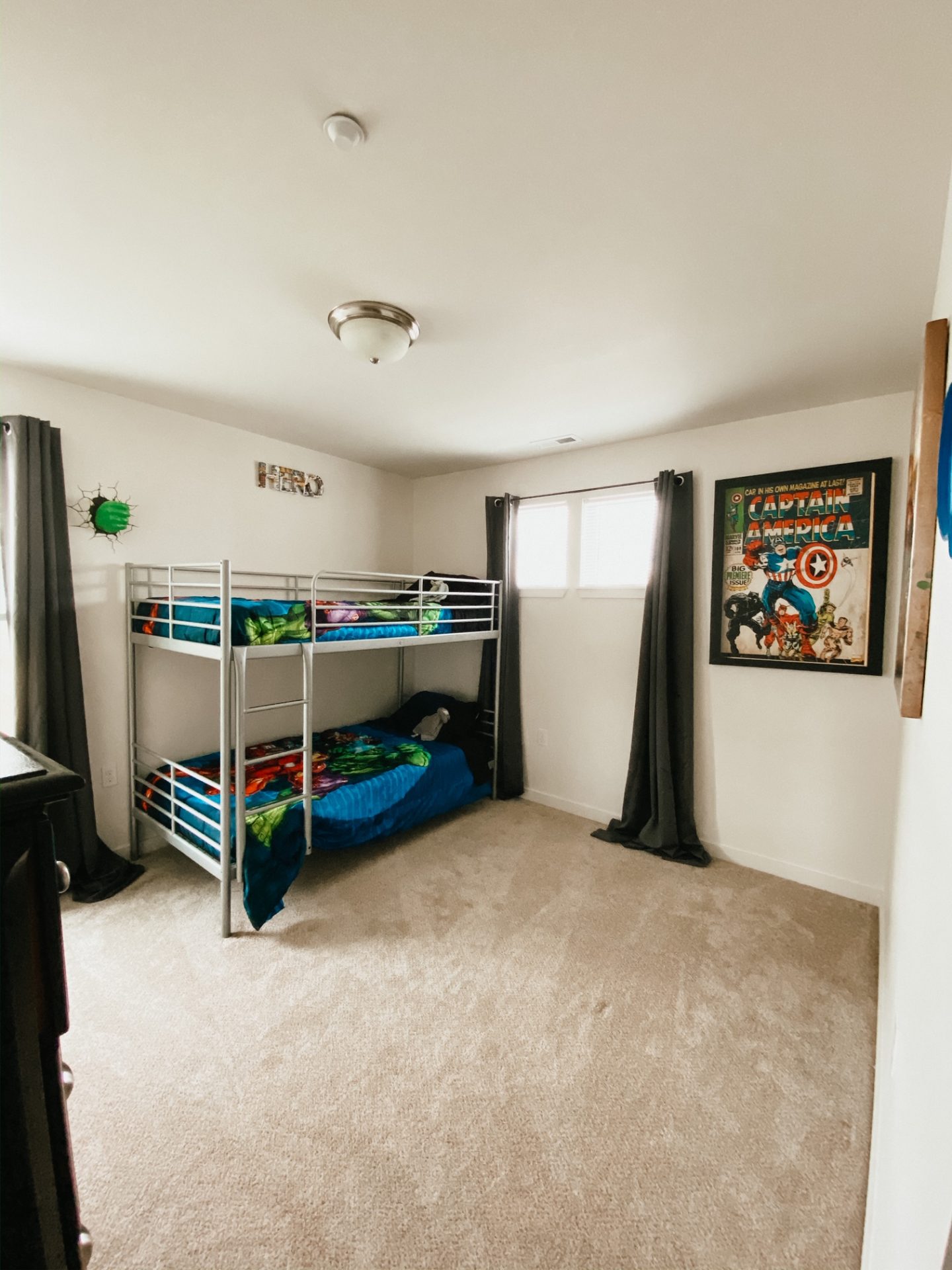 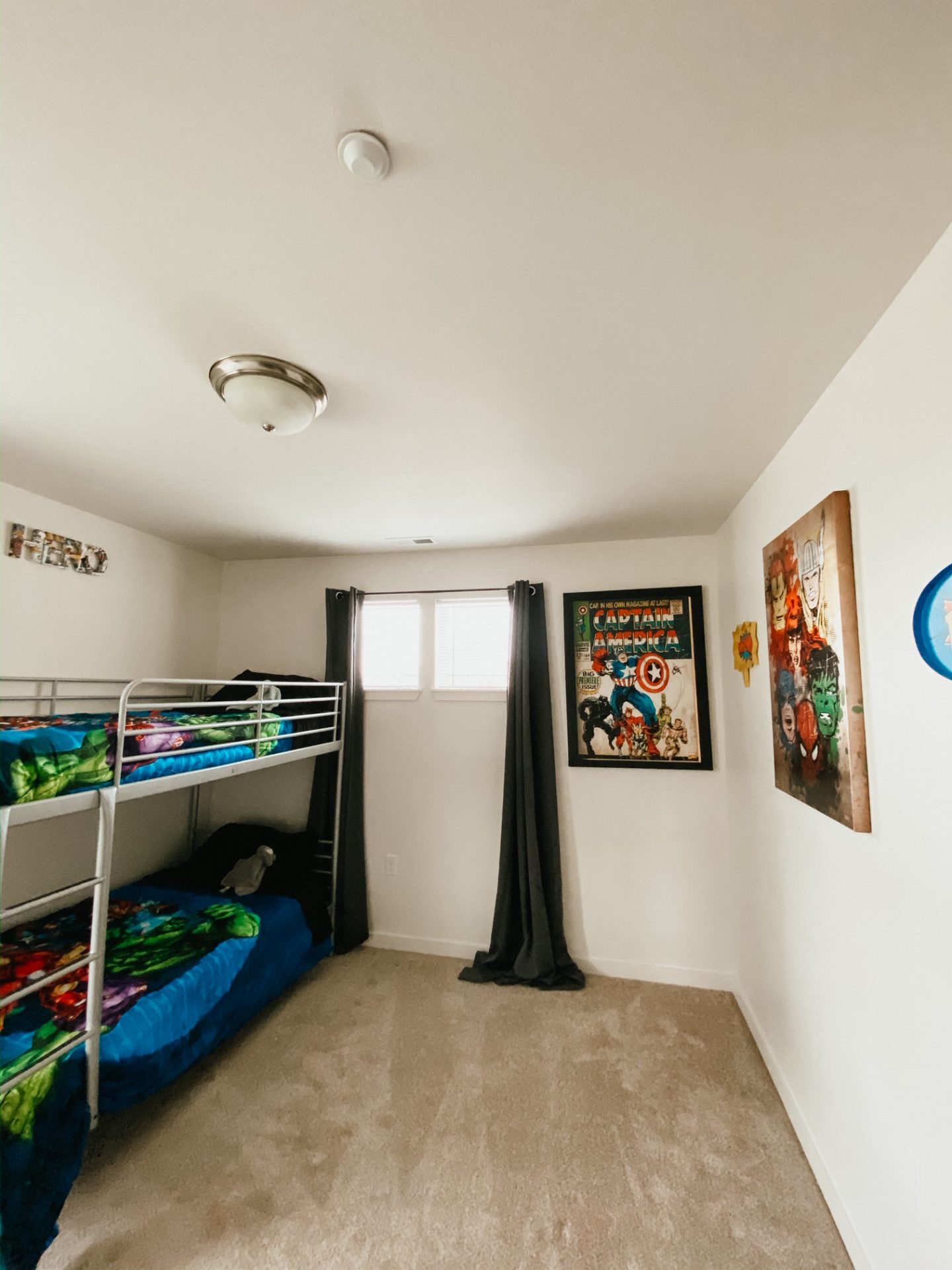 January was also big for running! This is the first time since my MPFL reconstruction back in 2018 that I’ve had a 50+ mile running month and, dang, it feels good to move! I’ll be running my first race very soon, and I can’t wait to keep building towards the Portland Marathon in October.

That’s enough of a January wrap-up though…let’s move onto some February goals!

1 // Work on an organization system for the kitchen

While I love living on post, I was warned that these houses don’t have much of a pantry or food storage (read: none). My goal in February is to buckle down and make a better system of it to reduce both clutter and stress.

We’re going on our first hike of the new year tomorrow, and I can’t wait to share where we explore after the fact! Ryan’s leaving TDY again in just a few days, so we’re doing our best to soak it up and explore as much as possible together while we can.

I don’t want to lose momentum in February. My goal is to keep up the pace and, within reason, ensure I’m following my running schedule from Hal Higdon to stay on track with marathon training.

Like I said, I’m close, but not completely finished! I want to put in a reading nook of sorts, but I also want to keep it aligned with their superhero theme. I have some ideas, and I can’t wait to share once the whole thing is complete.

I can’t believe we’re here already, but it’s time to start planning our girl’s big day! We don’t usually do big first birthdays, but we’re hoping to have a family-type gathering in which we also celebrate our girl, so I have some planning to do.

That’s it for my January wrap-up and February goals! I’m a goal-getter, and I find when I put my goals out there to the masses, I tend to get more done and accomplished – and more efficiently, as well. So, cheers to wrapping the first month of 2020, my friends! What sort of goals do you have for yourself in the coming months?