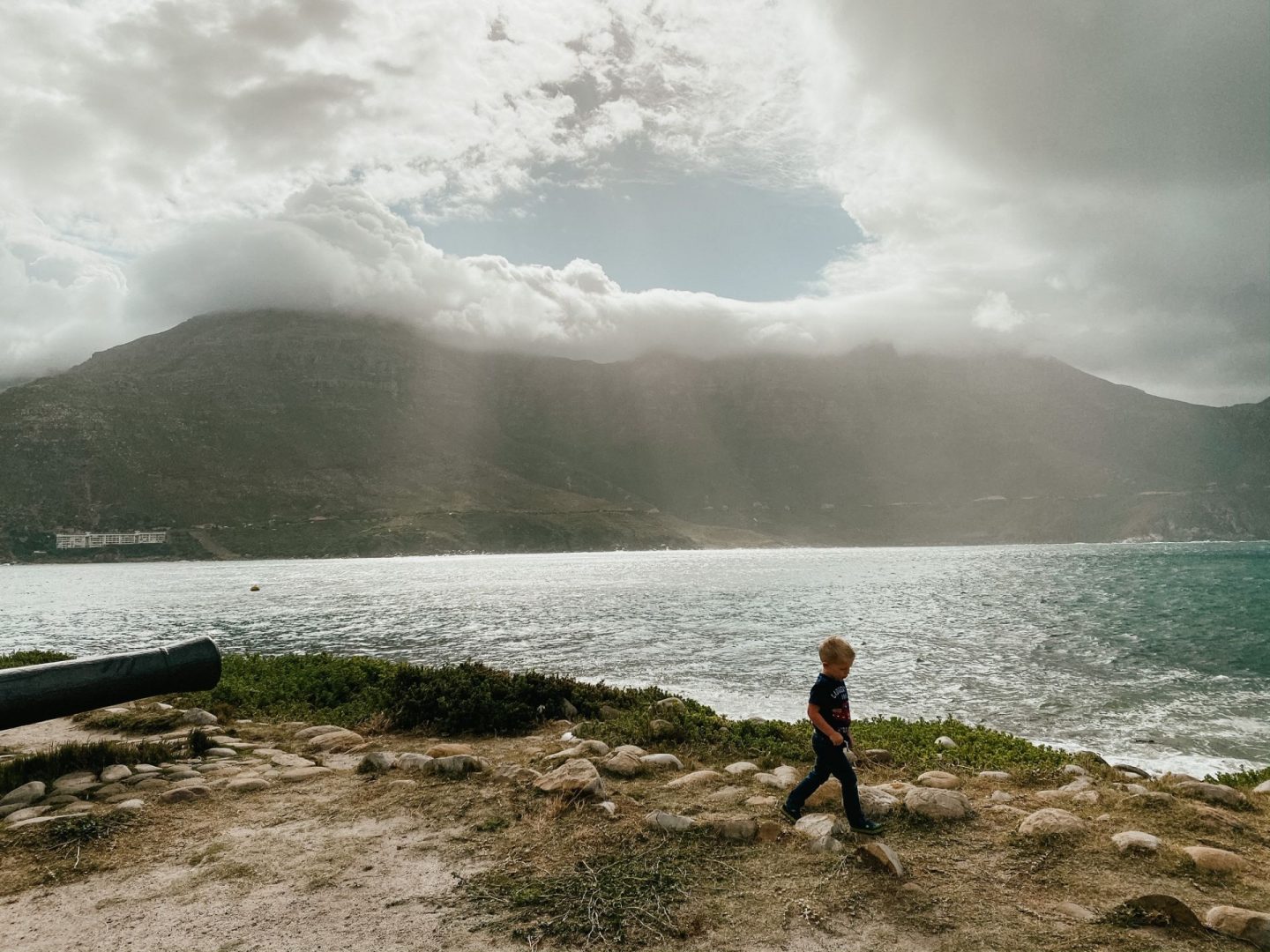 Every time I write posts about South Africa, it hurts my heart a little bit that we’re back in the rainy and gray PNW, but it makes me endlessly grateful for the time we spent in South Africa with family. While we were overseas, we decided to make the time to go as a family to Cape Town this time. Ryan had never been, and as this was Connor’s first time in South Africa, he hadn’t been either. I knew that one place we absolutely had to go was Hout Bay. And, after a failed attempt at swimming with sharks in Margate, we’d booked a swim with the seals and, thus, planned one day in Hout Bay.

We woke up bright and early, packed everybody in the rental car and did the brief 30-minute drive from our flat in Sea Point out to Hout Bay where we were meant to swim with the cape seals through Animal Ocean. Sadly, we arrived the morning of only to find out that the weather had caused our excursion to be canceled, yet again. I’ll admit, too, that one of the few sad moments of the trip is that we weren’t able to swim with either the seals or the sharks. 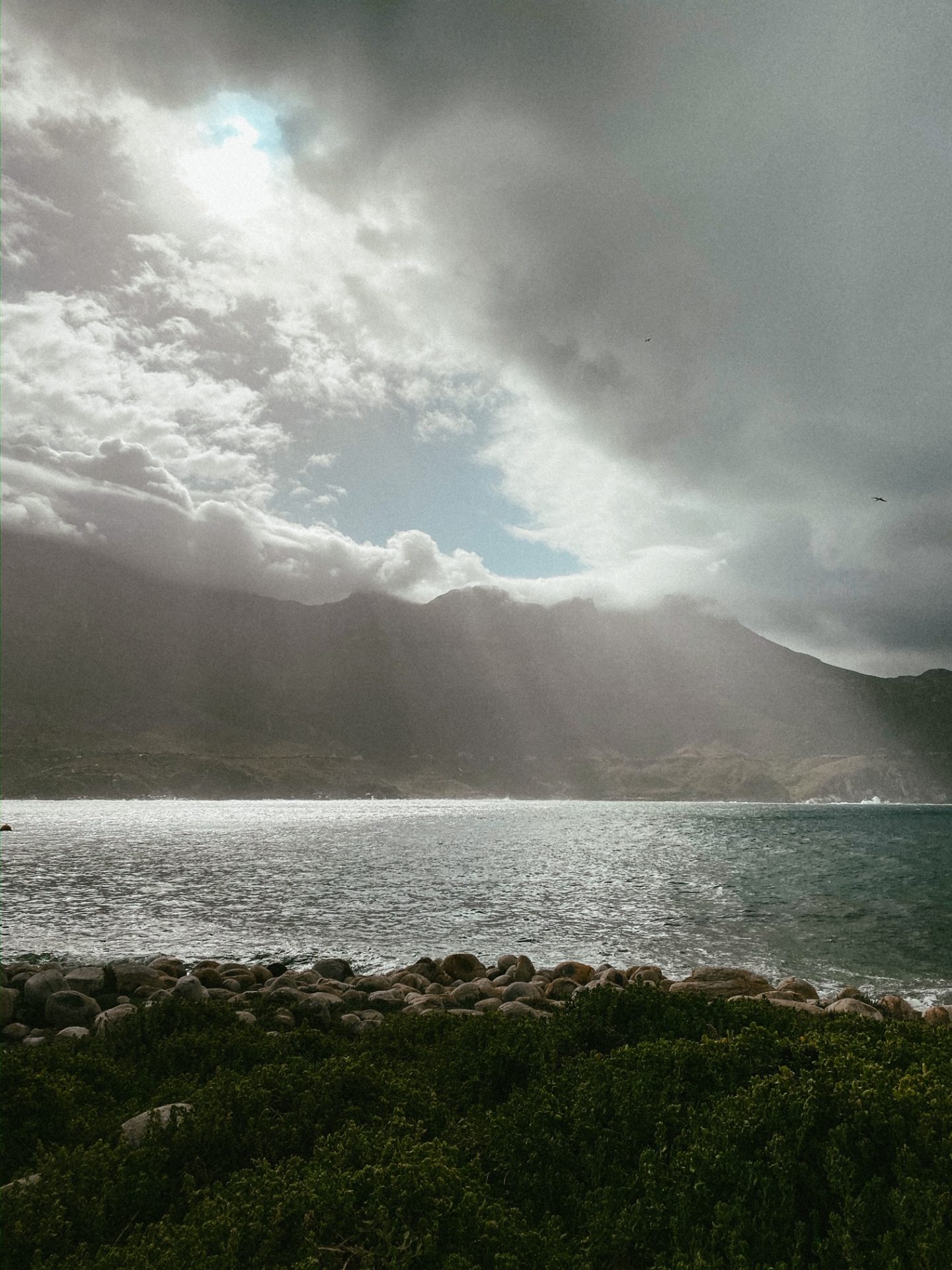 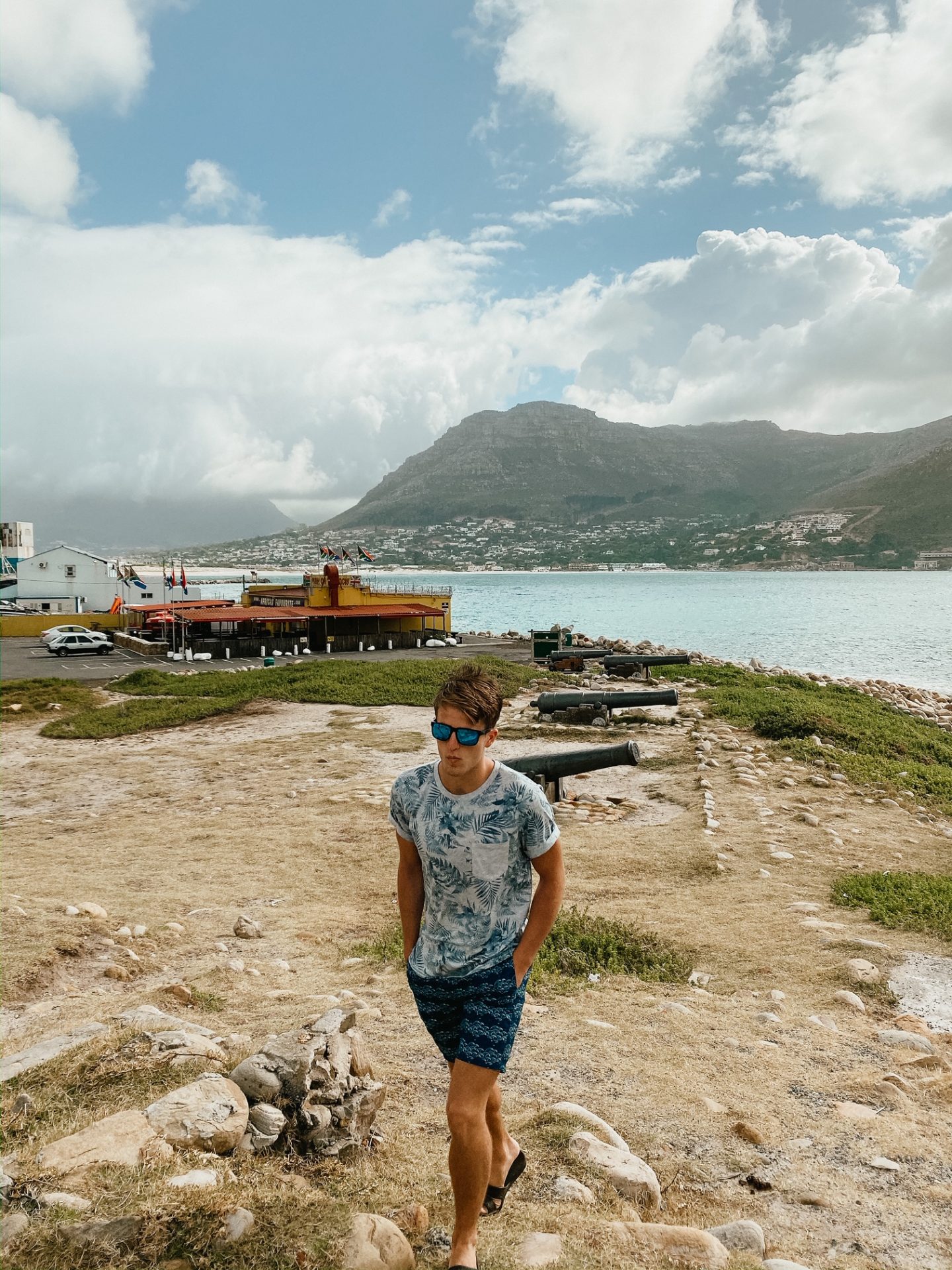 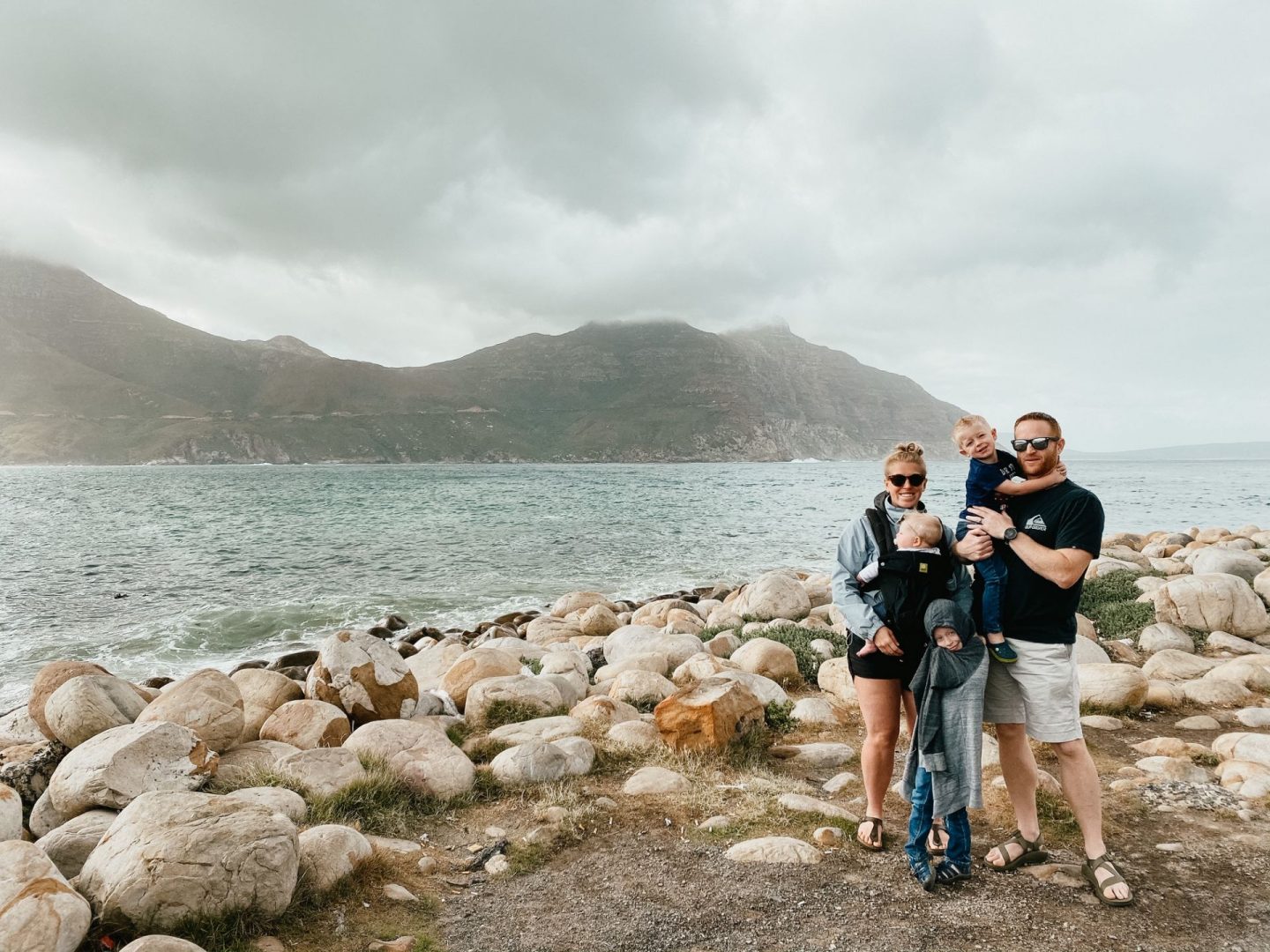 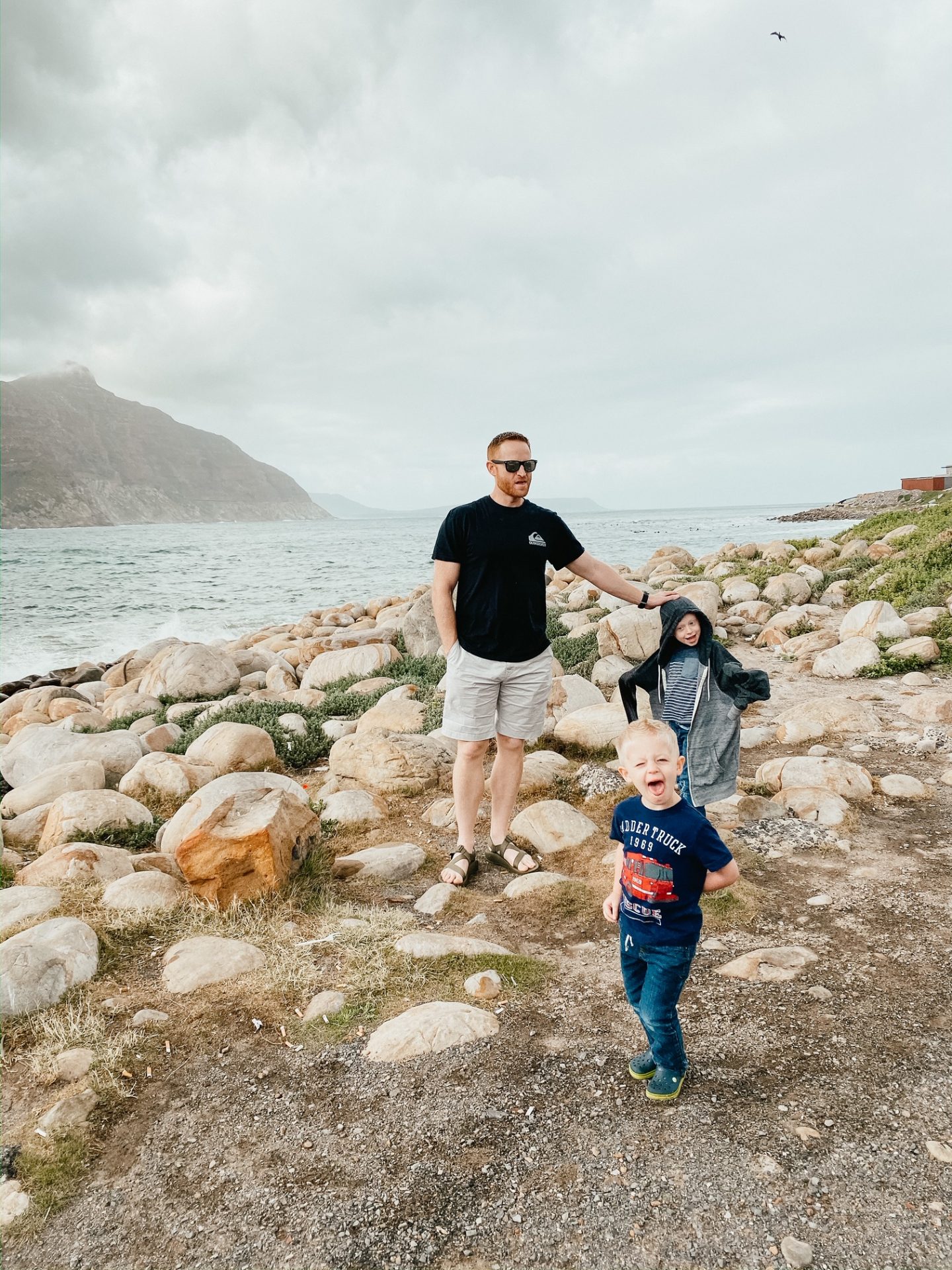 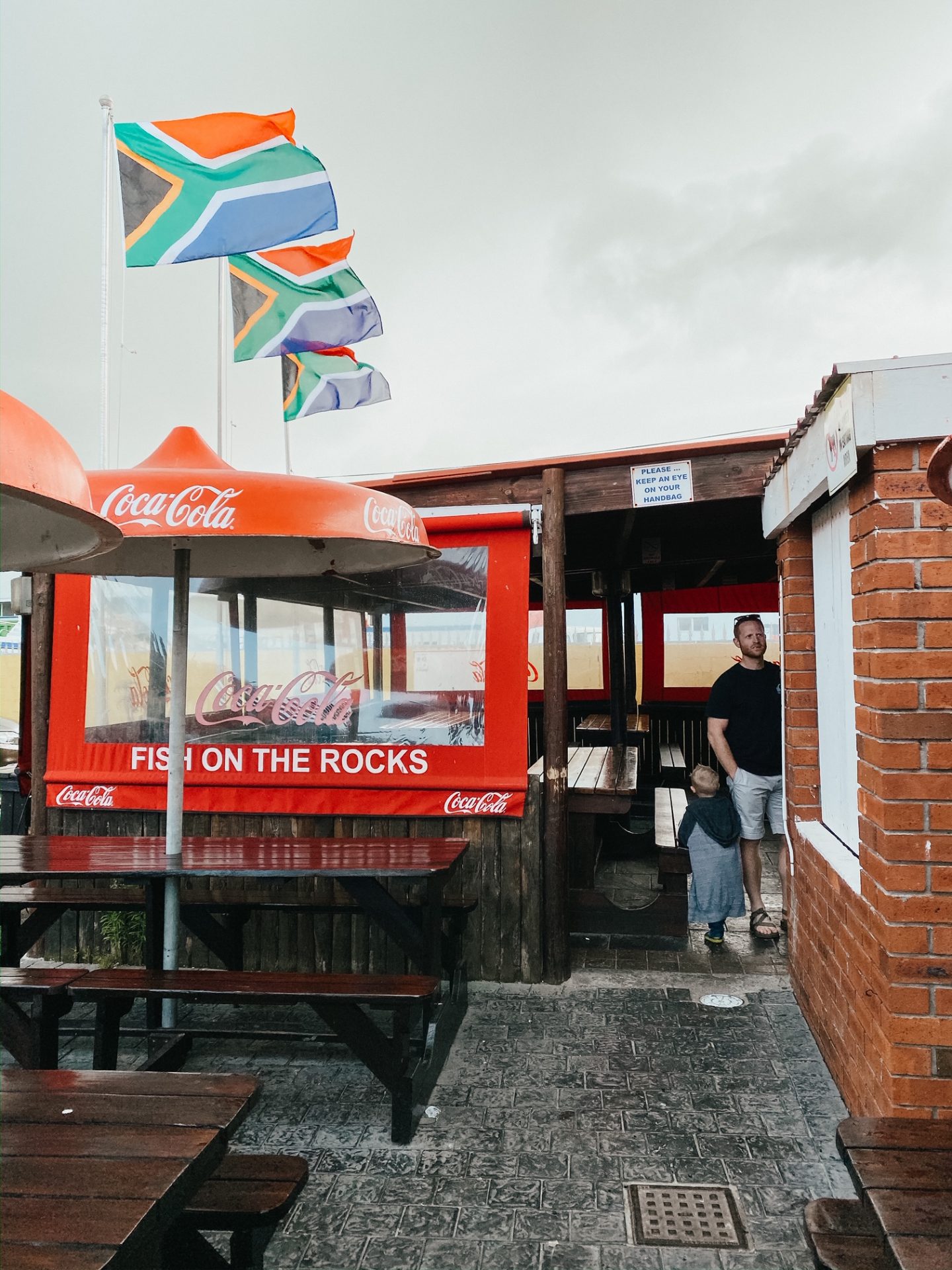 However, since we’d made it out there, we decided to make the best of our one day in Hout Bay. If you’ve ever watched the Netflix show, Somebody Feed Phil, you’ve likely seen his Cape Town episode in which he featured a seafood place called Fish on the Rocks. Since we were out there, we decided to have fish for breakfast and killed some time until it opened by exploring the shoreline and basking in the gorgeous, albeit stormy skies. (PSA – if you go with a group, get the 20-prawn combo for four people at just R440.)

Hout Bay is a maze of complexities, and it amazed both Ryan and Connor that such a stunning slice of oceanfront paradise isn’t built up. If you find any such place in the United States, it’s littered with condominiums, luxury properties, beachfront flats, and more. Instead, Hout Bay is a bit like a diamond in the rough. There are small towns surrounding the area, and there is a small work yard nearby, as well as a marina and a few businesses. Beyond that, however, Hout Bay proper is a natural wonder. 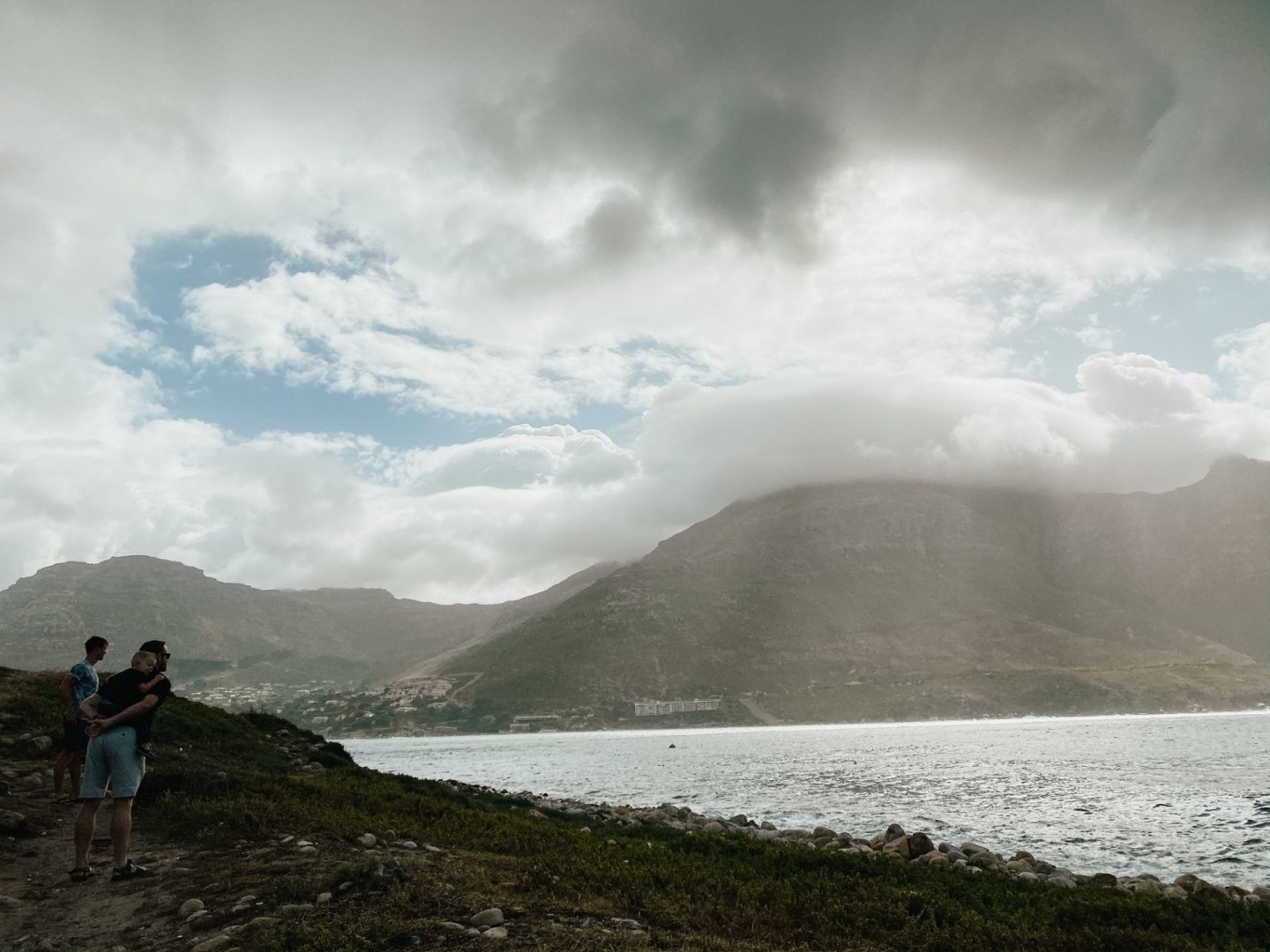 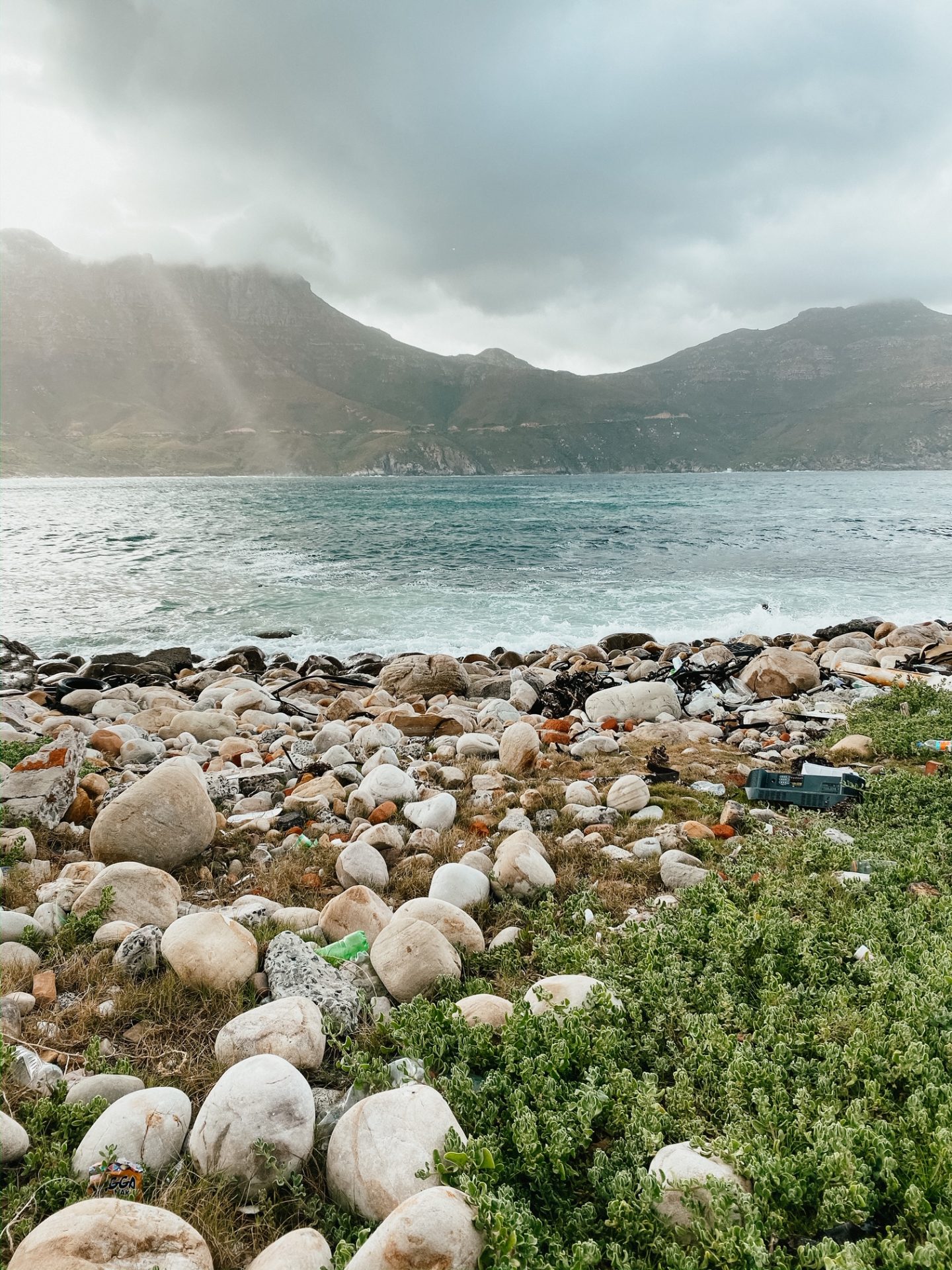 Tragically, however, one thing that broke my heart was to see the sheer volume of trash washing in with the surf on the rocks. I could focus solely on the beauty of the place, but I have to admit that that part was disheartening. To know that man has had such an impact on such a stunning place breaks my heart, and I wanted to make sure I pointed that bit out.

All that aside though, if you ever go to South Africa and are wondering what areas of the Cape you need to visit, definitely add Hout Bay to your list. This little haven is a true marine beauty, and it’s a place you could lose yourself for hours.