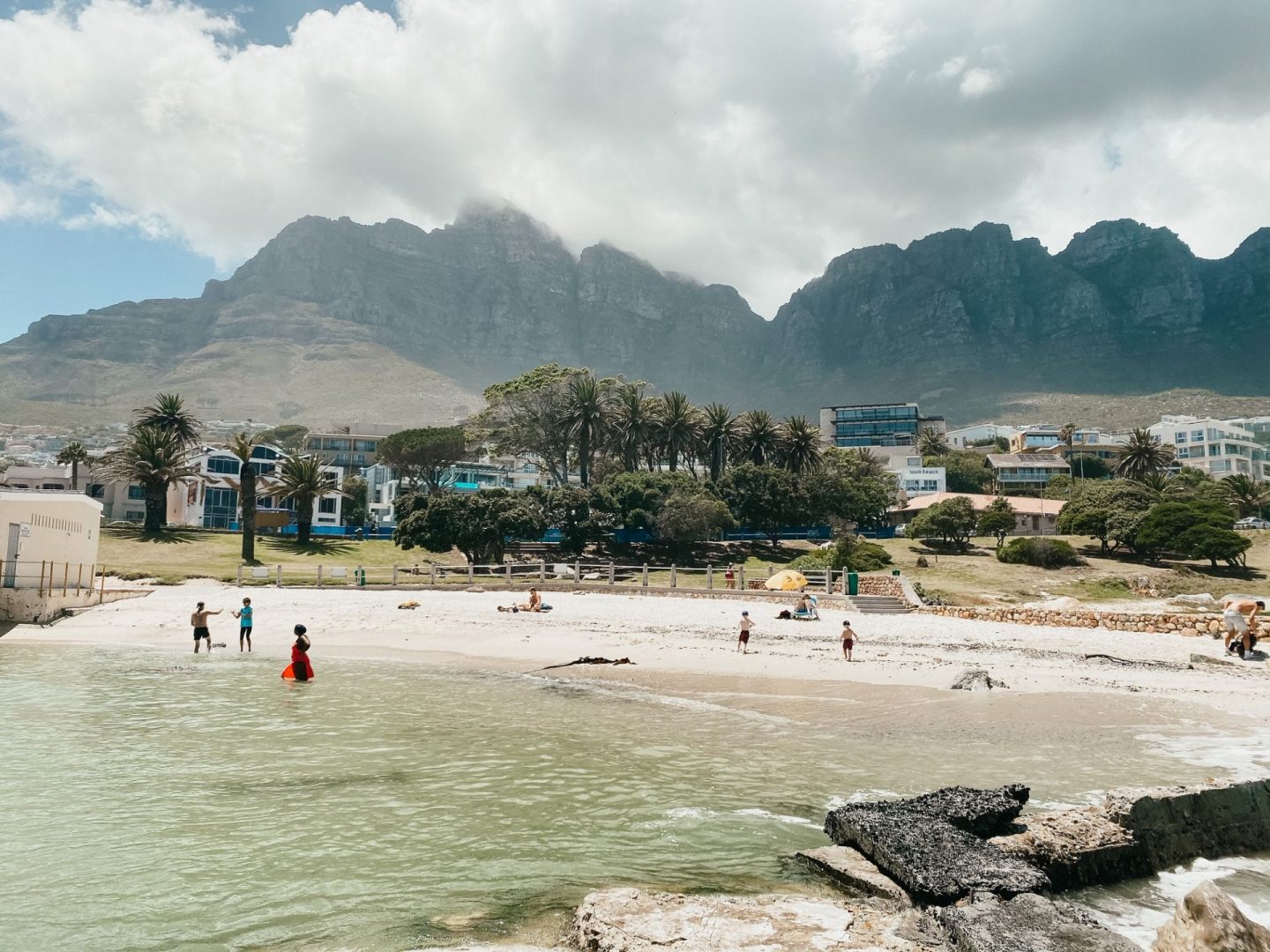 Guys, it’s been a week here. On Monday, Mieke was sent home from school with a fever, and we learned on Tuesday that’s she’s battling pneumonia, so there hasn’t been a lot of fun or sunshine around here lately. Our happy little girl is pretty miserable right now, and our week has been filled with doctor’s visits, nebulizer treatments, throwing up, and general malaise. So, when I thought about what to put on the schedule for Friday’s blog post, I knew I wanted it to be happy, fun, and full of the sunshine we currently lack. So today, I’m super excited to share all about taking the plunge at Camps Bay in South Africa!

For those unfamiliar, Camps Bay is a suburb of Cape Town proper, and the petite bay on the west coast of the Cape Peninsula for which it’s named. This affluent area attracts many South Africans and foreign tourists, and unlike Boulders Beach by Simon’s Town, Camps Bay is definitely more touristy, as well as much more of an ex-pat hub. We decided to visit Camps Bay Beach, the largest white sand beach in Camps Bay, but after arriving, made our way to the smaller beach directly adjacent to it instead because it had a tidal pool. You might remember we visited the Margate tidal pools, so we thought this would be a fun place to set up our beach day. 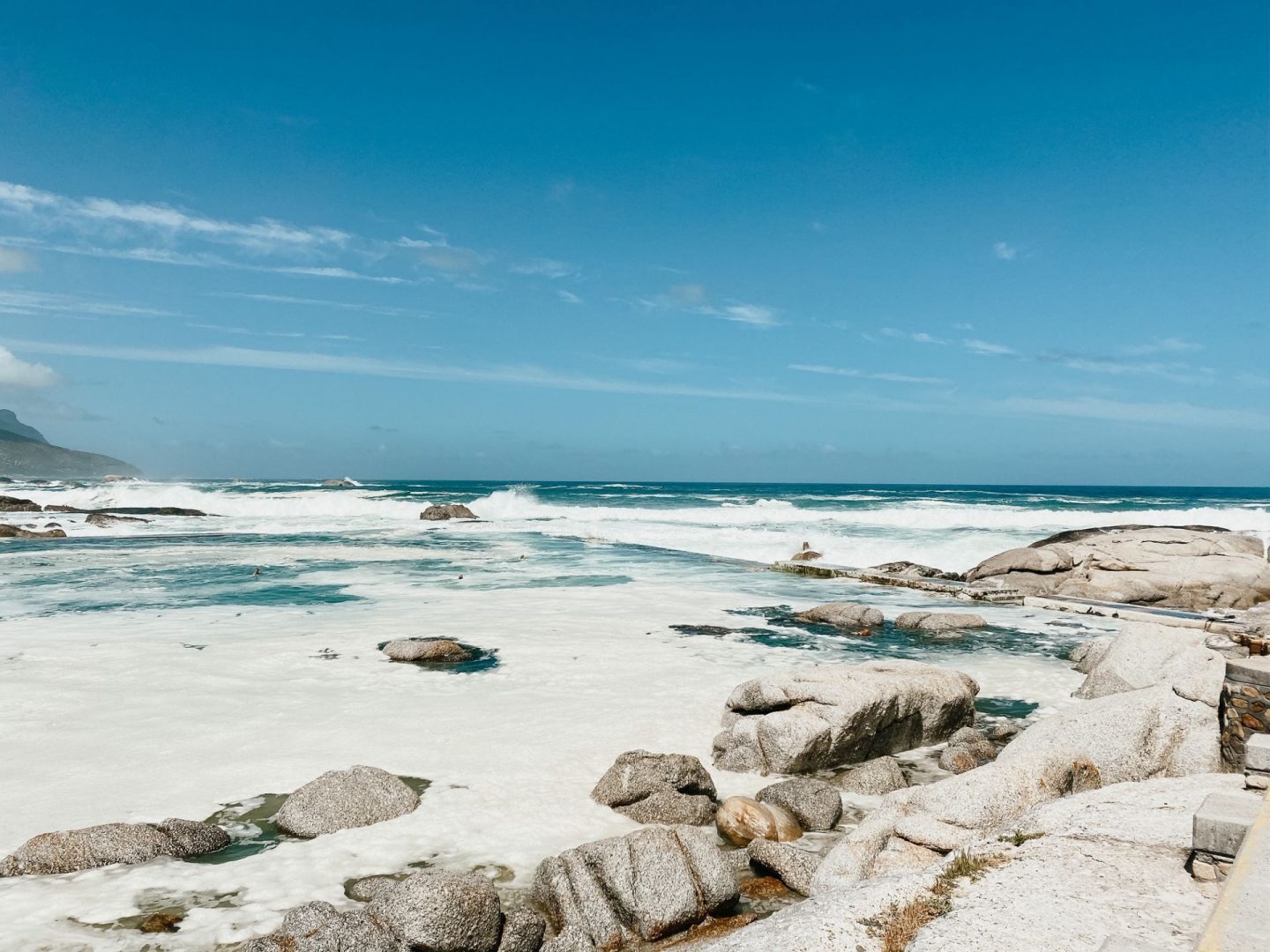 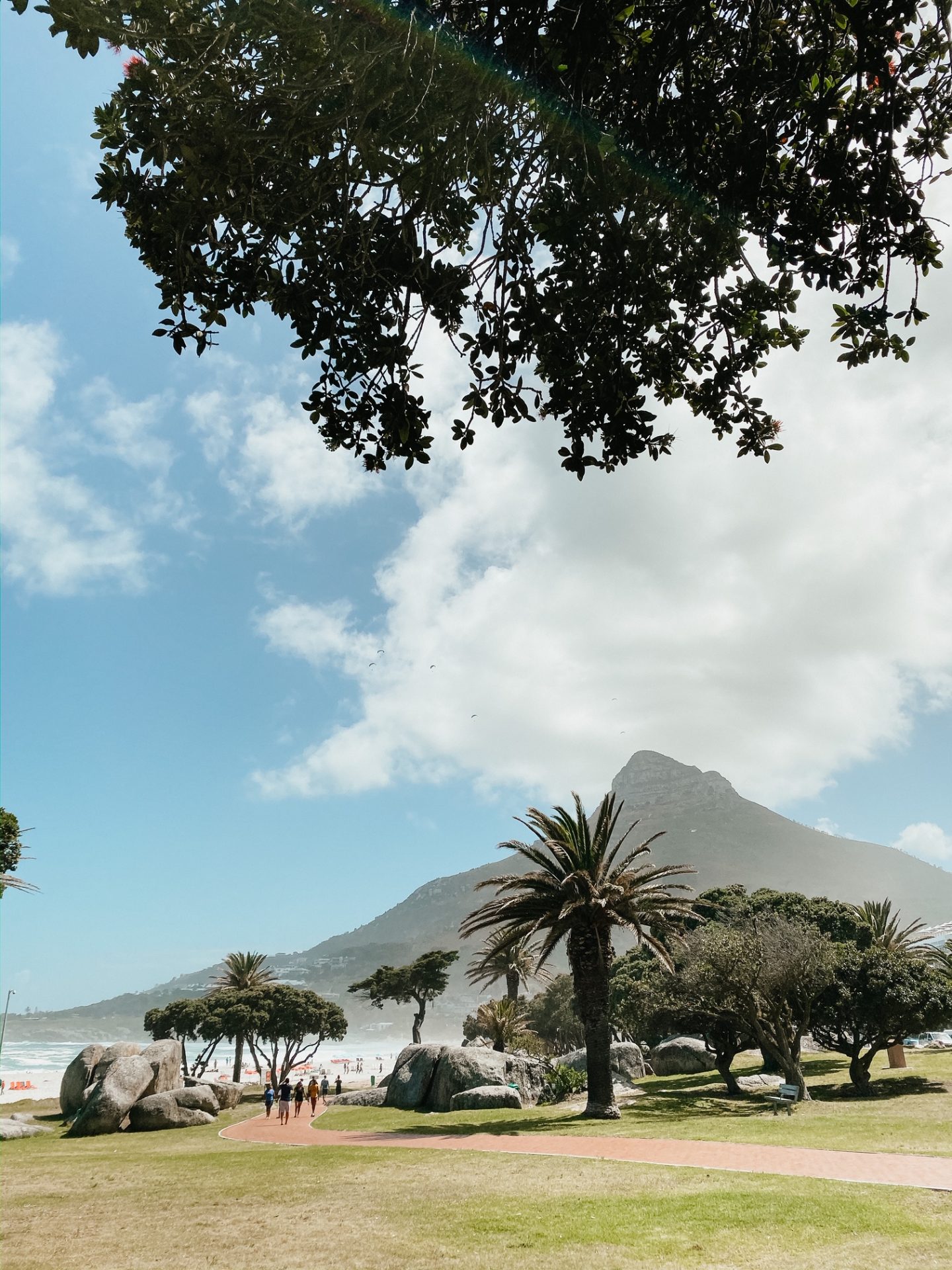 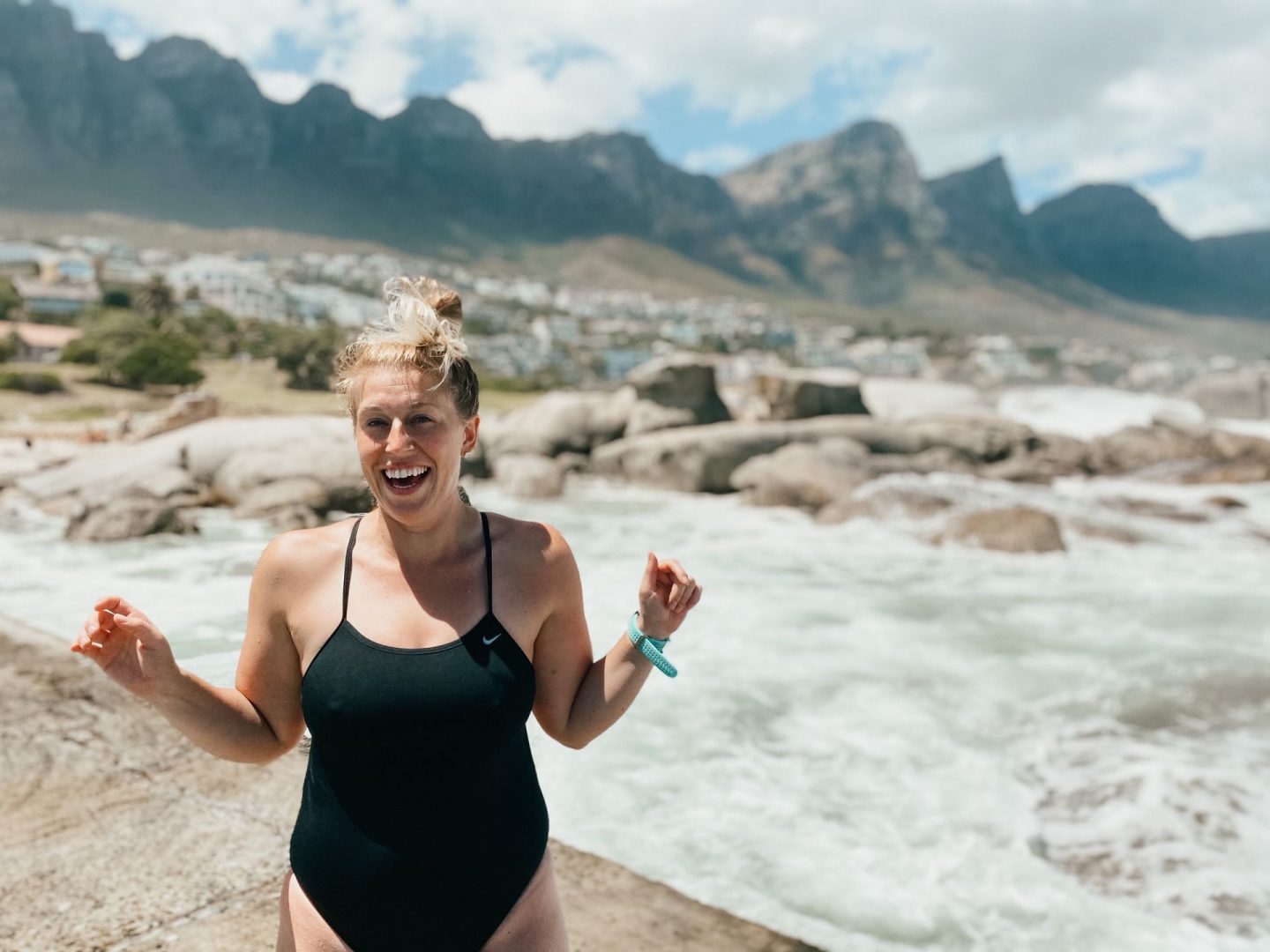 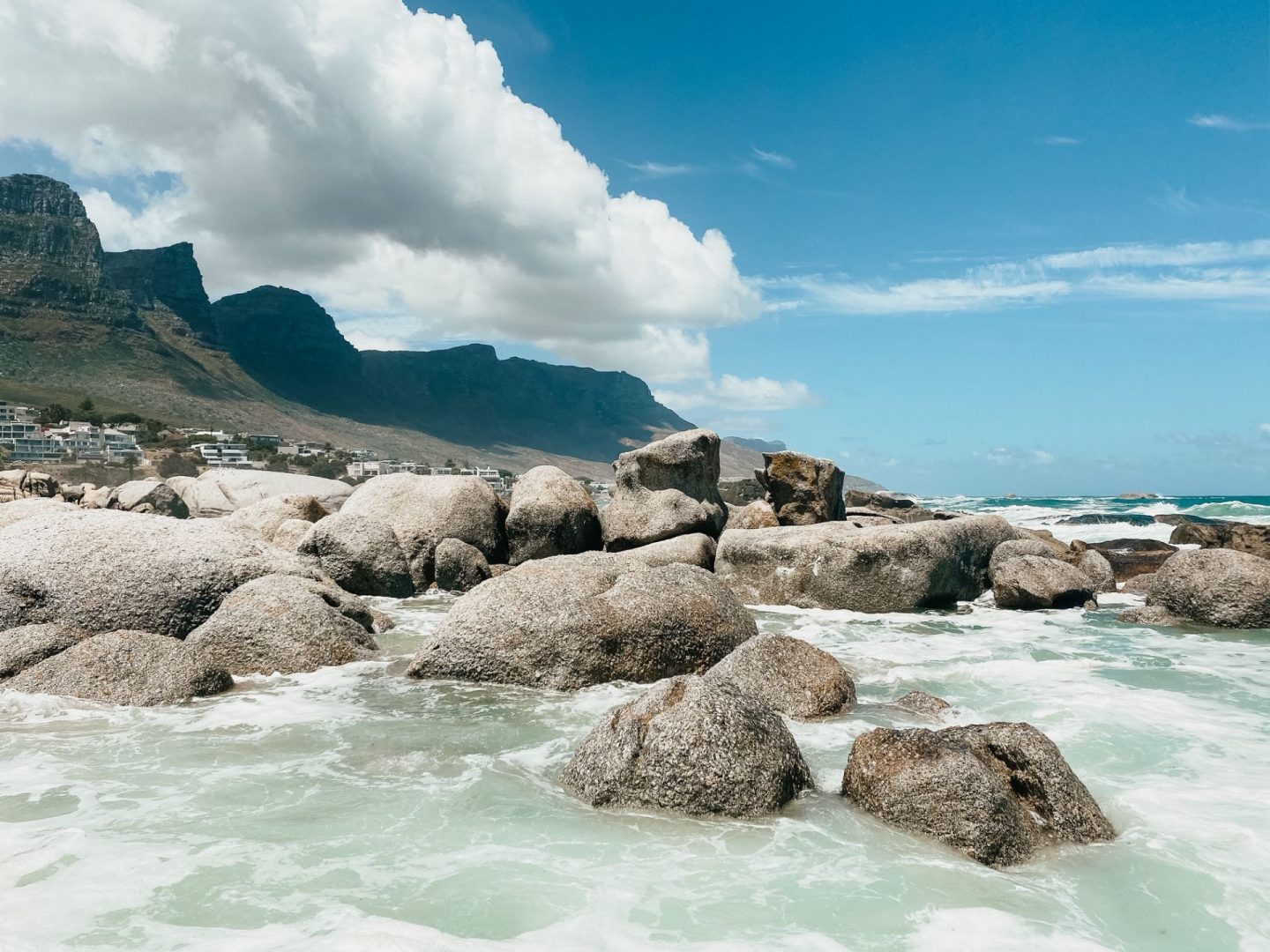 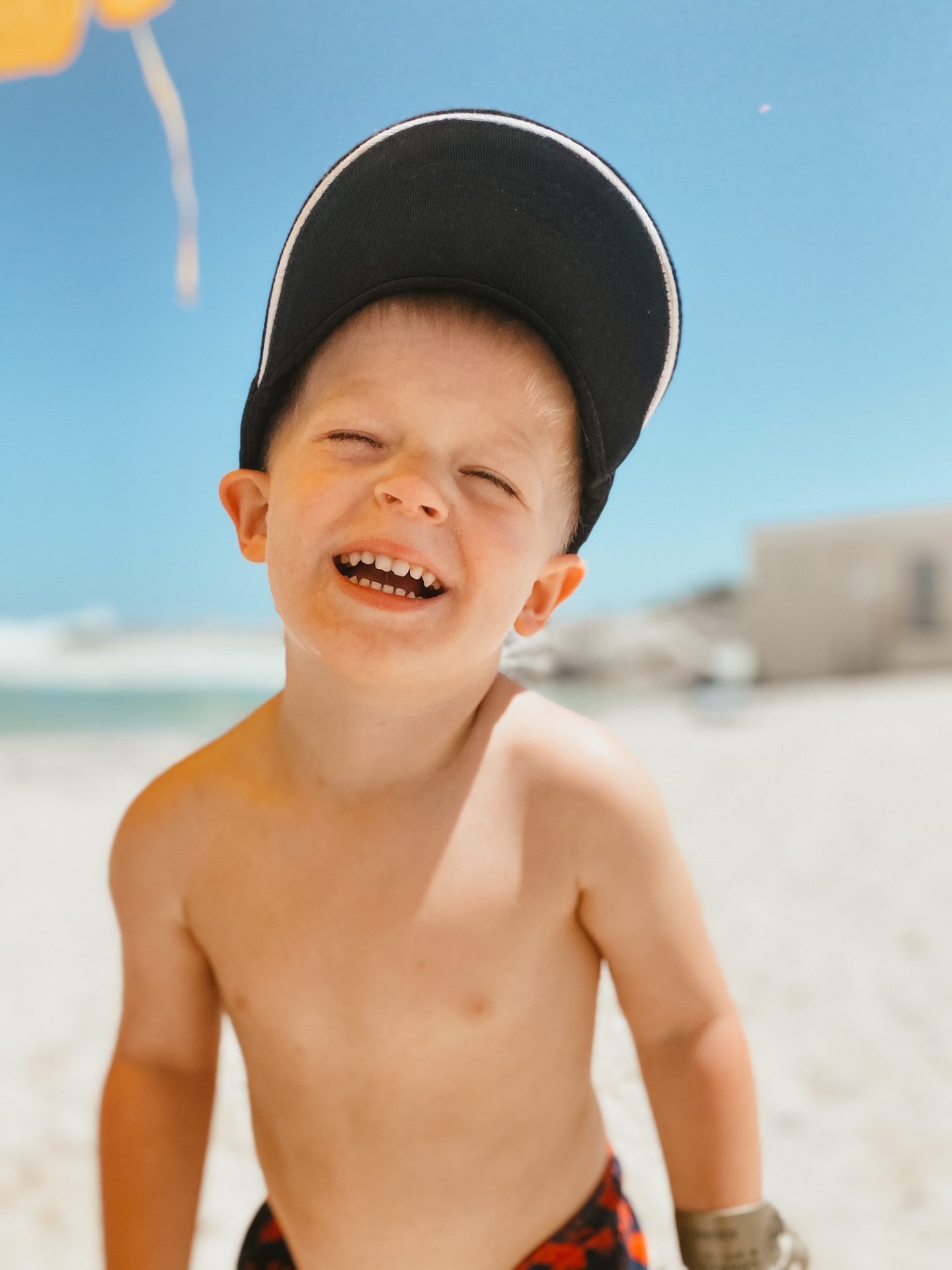 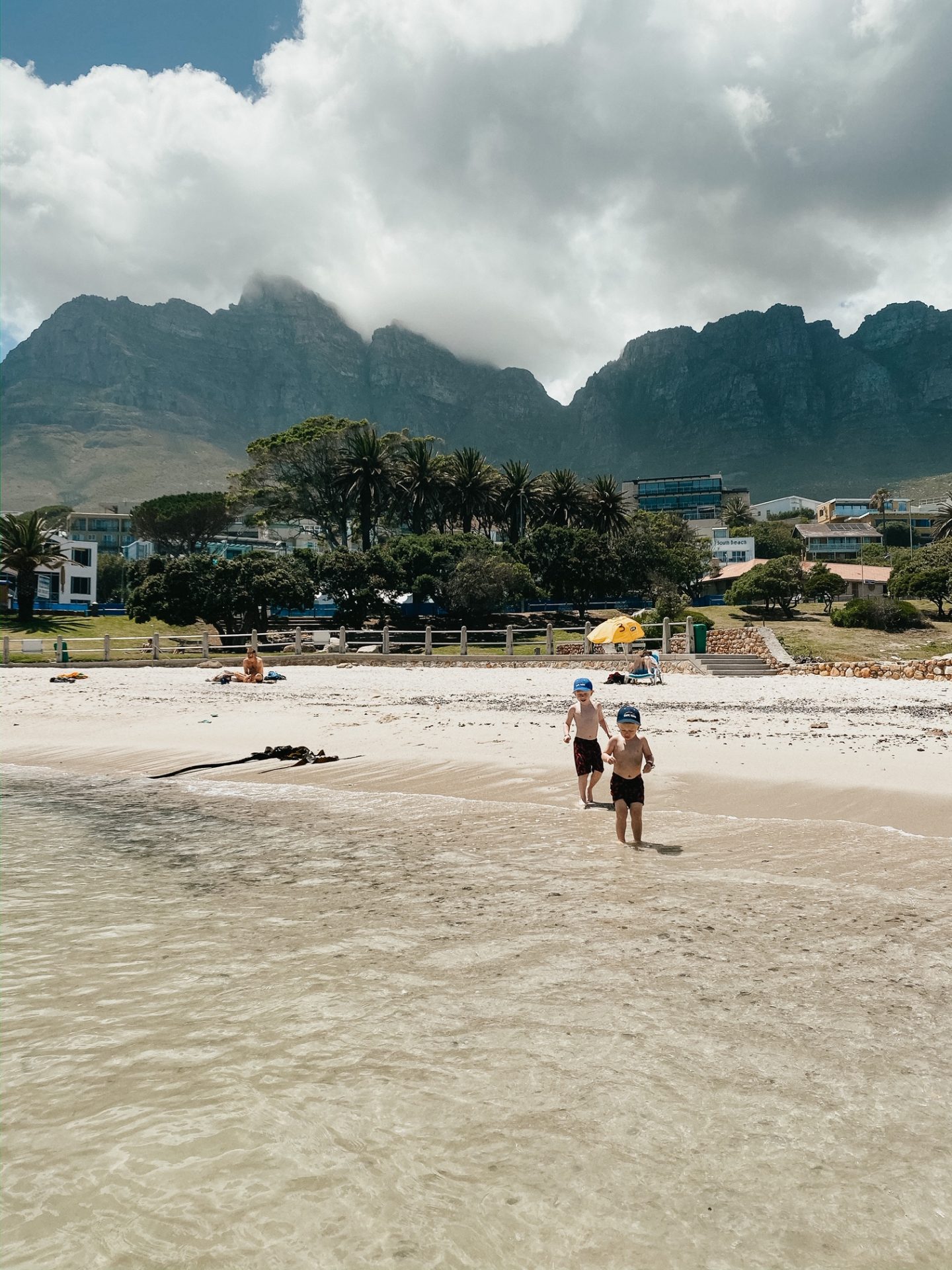 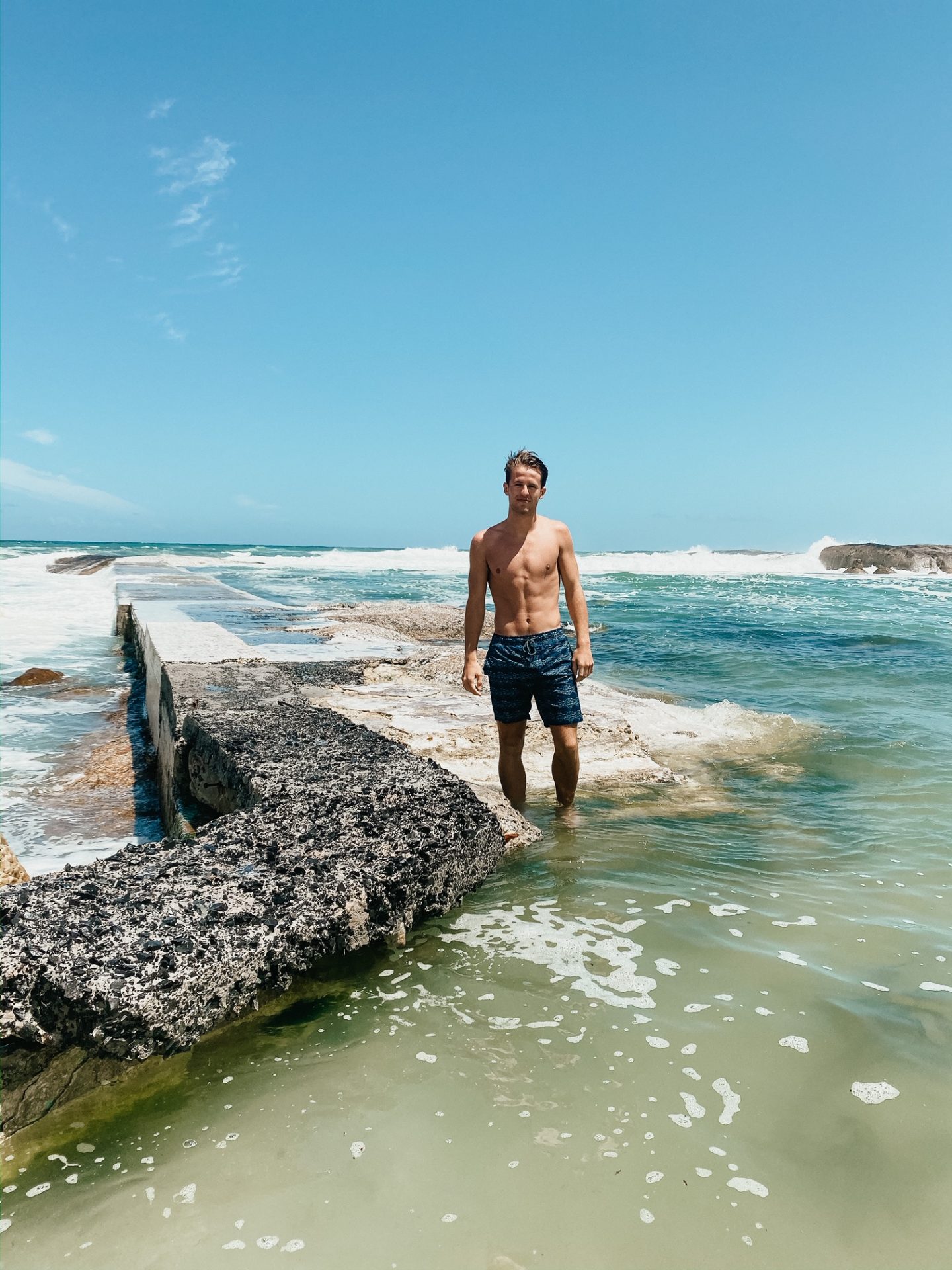 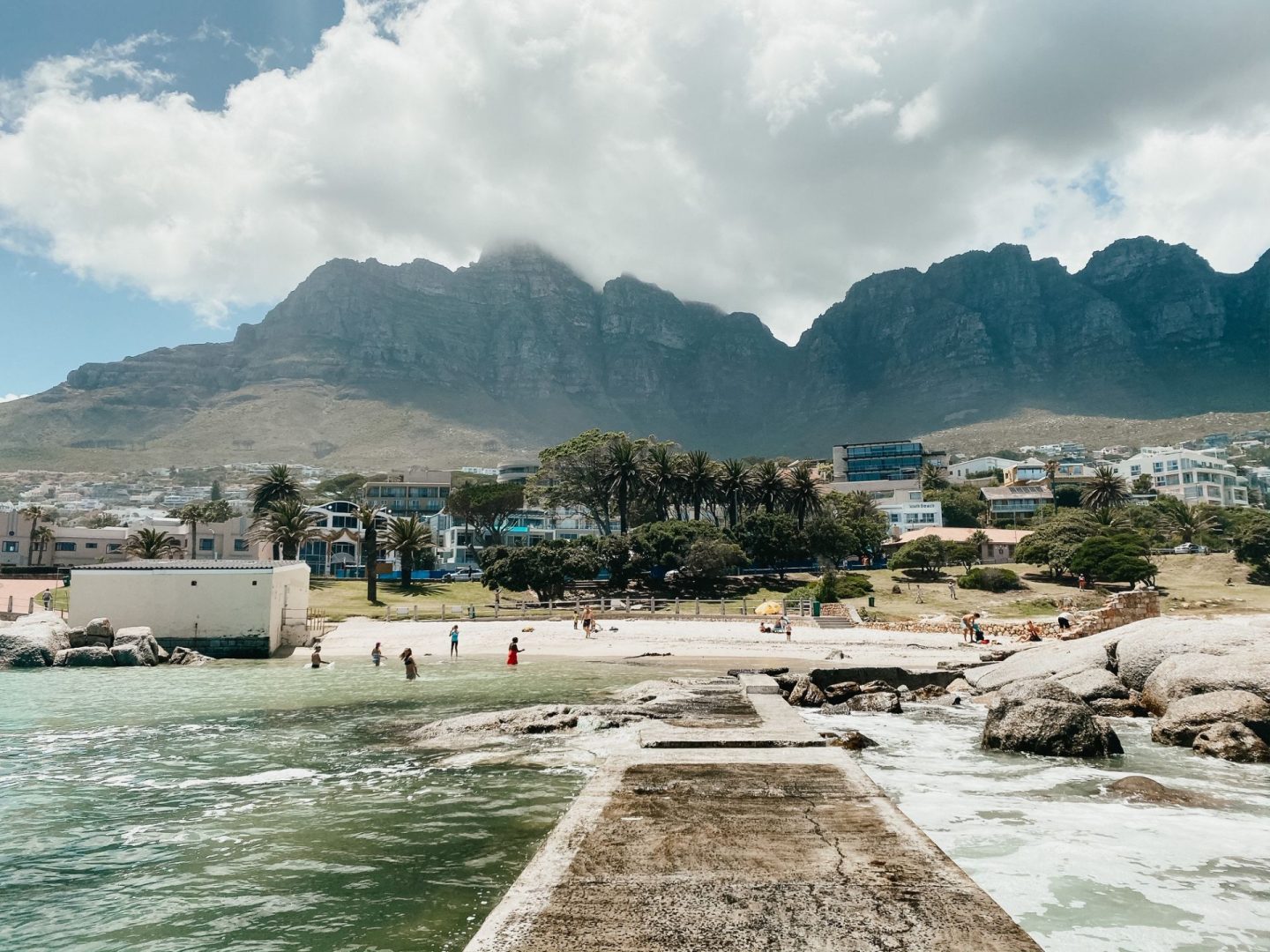 Unlike the water at Boulders Beach, however, Camps Bay felt downright cold! I’d hazard a guess that it was two to three degrees colder than the water at Boulders Beach. It would make sense, because Boulders Beach is on the Indian Ocean, while Camps Bay is on the Atlantic Ocean – funny, right? Needless to say, taking the plunge at Camps Bay was much chillier, and even my bold little Porter agreed it was too cold to stay in for long. That said, we all got in except Mieke, and Connor, Ryan, and I enjoyed cooling off from the hot sun.

Being more of a tourist area and suburb of Cape Town centre, Camps Bay features an awesome array of shops and restaurants along the beach promenade, making it a great place to spend the whole day. Because we were only in Cape Town for five days though (and because I married a ginger), we only stayed a few hours, enjoying both time at the beach, as well as a meal at a local restaurant, Ocean Blue. If you’re in Cape Town, but don’t know what beach to try, this is a good place to start! Not only is it just 20 minutes from the city centre, it’s also a fun place to experience a more American vibe. Think – Miami beach, only much smaller. That being said, it was a blast, and if you have a chance to dip your toes in here, definitely do!