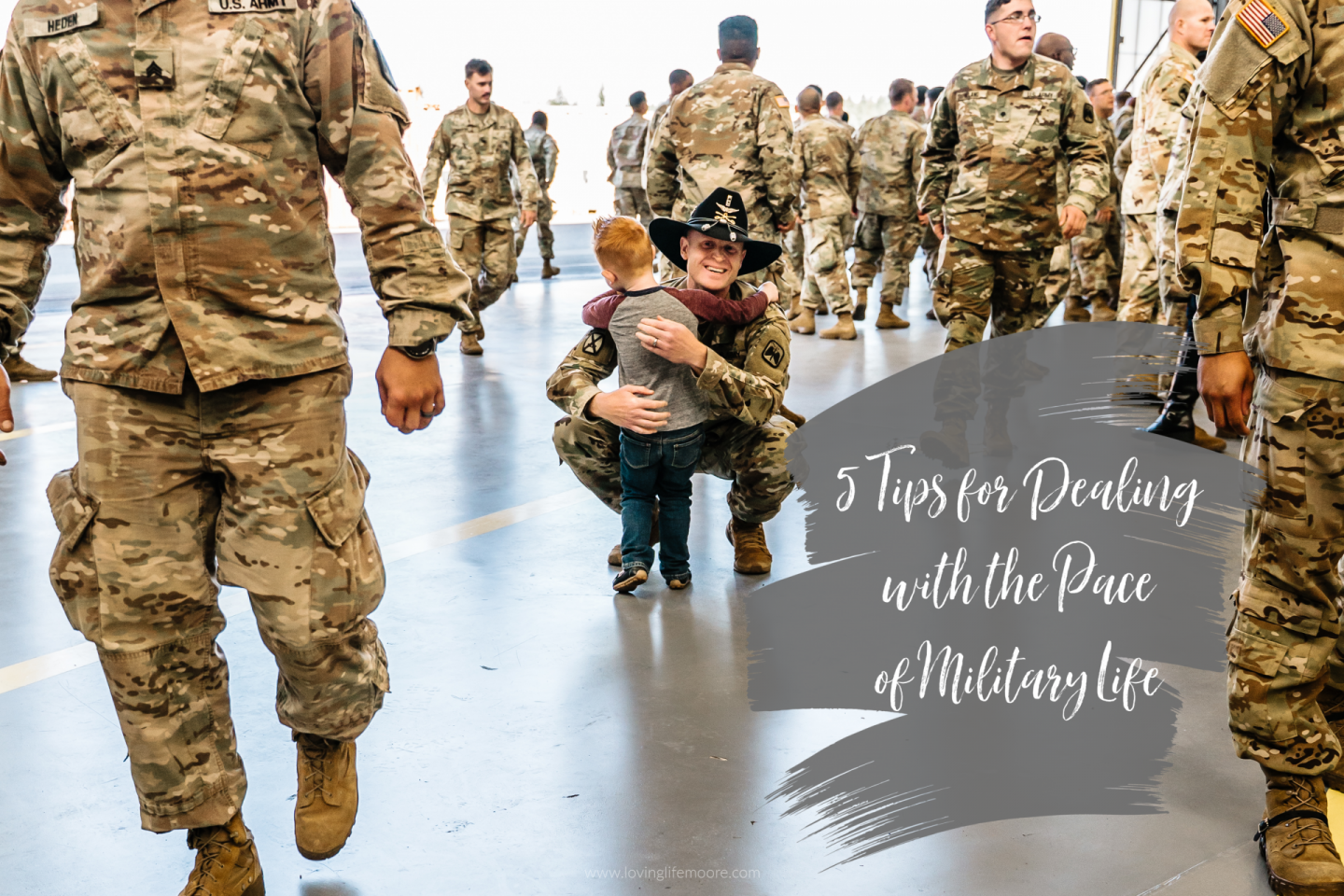 I feel like just when you feel as though you have a grasp on your service member’s schedule, something comes and yanks the rug out from under your feet. Lately, we’ve sort of been running on empty as a family as we weather this season’s tempo, training, and dealing with the pace of military life as a whole. Ryan’s been averaging 12-hour days, which I know isn’t a lot for some troops/service members/units. For us, however, it’s been quite the transition back to real life, especially since returning from our holiday in South Africa. It was a bit of a rude awakening.

Thankfully, Ryan is not scheduled to deploy this year. He is, however, scheduled to go TDY a few times, the first of which starts in the next week or so. It’s been insanity, and it’s left us with little to run on, thinner patience than usual, and a newfound need to adapt and overcome. I find that when Ryan is deployed, we’re able to find a bit of a rhythm  – just the kids and I. It sucks not having my partner here, but we make it work. We adopt new routines. We adapt to new schedules. We cut corners where we need to, and we generally trim the proverbial fat.

When tempo and training ramp up and your service member is technically still home, however, dealing with the pace of military life is extra hard. They’re here, but they’re not. They’re present, but they’re unfocused. They’re invested, but they’re exhausted, and the fact of the matter is that it’s hard not just for your service member, but for you, too. The kids don’t understand why Daddy is gone before they wake up and home after they go to bed. I understand it, but I definitely still struggle with that resentment – not so much towards him as towards the situation, if that makes sense. It’s burden that the whole family carries, so we simply try to deal with the pace and embrace the chaos as much as possible…

Tips for Dealing with the Pace of Military Life

1 // Whenever Possible, Be Present – We talked to a dear friend about this just the other day, as Spencer’s frustration manifested as an ugly new habit. When Ryan is home, he puts down his phone. He puts aside the chores and, instead, focuses on the kids. He’s there for them, and they play, read, and roughhouse together. The kids need that one-on-one interaction and, while that sometimes means more chores fall on me, it’s worth it to create that balance for them.

2 // Set Goals & Landmarks – We’ve often found that the best way to deal with the hard times is to give yourself something to look forward to. Yes, work hard in the present, but then reap the rewards later. For thus, that often means planning a trip, a quick getaway, or even a rare date night. Whatever you need as a couple or family, give yourself a goal or a landmark to lean into.

3 // Be Gracious – This goes both ways. It’s easy to resent the schedule and routine, but it can be harder to separate that schedule and routine from your service member, if that makes sense. One of the biggest things that I’ve had work on as an Army wife is the idea that my soldier is not his job. He’d rather be home, but this is his career and his duty. I have to try to separate the annoyance of his schedule from him, so I don’t become annoyed with him. Likewise, Ryan’s had to learn to be more appreciative and gracious in the extra load and work that I carry while he endures the tempo and training. It’s give and take.

4 // Find Time for Each Other – Time is a precious commodity, but we do our best to find time to just be together whenever possible, both as a family and as a couple. Sometimes that’s just time reading or praying before bed with the boys. Sometimes that’s sitting down to watch a show together in the evening. Sometimes it means doing taxes together and setting goals. Whatever those moments look like for you, find the time.

5 // Keep Your Eye on the Prize – With this being the year that Ryan’s current contract is up, I’ve mentioned before we’ve had a lot of thoughts running through our heads. Thankfully, we have wonderful friends and Army family who continue to counsel and keep us in their thoughts while we weather this season of change. Having that has helped Ryan keep his eye on the prize – retirement at 20 years – and me sane, all while balancing work, motherhood, and military life. The prize comes after weathering the storm, so we set little goals along the way as we make our way towards that ultimate prize…choosing our next steps together.

What sort of tips or tricks do you have for dealing with your spouse or service member’s schedule? I’m sure these (and others) are applicable to all walks of life!