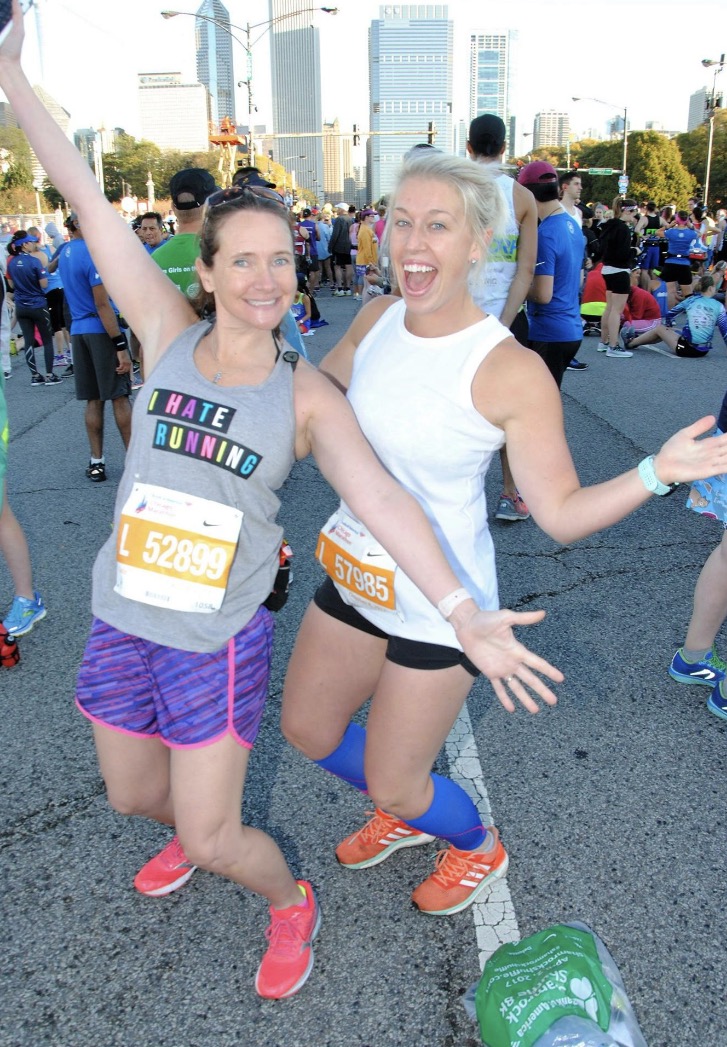 You know what’s funny? One of the most common questions I get asked on my Instagram, as well as my Facebook, is how I started training for a marathon. It’s funny to me because I am not now, nor will I ever be a professional – or even a great – runner. That being said, I love it, and running became my therapy a few years ago, earning a place in my daily and weekly life.

I’m not a fast runner. I don’t know all the best gear, but I do know what works for me, and I’m always happy to share what I’ve learned over the years, having run more than eight half marathons, as well as the Chicago Marathon in 2017 where I learned a lot. Since a lot of people have asked how I trained for a marathon from zero, especially as I train for the Portland Marathon in October, I decided to share what’s worked for me, how I do it, and how I balance all the crazy (especially now).

How I Trained for a Marathon from Zero

For those who have been following me for some time, you probably remember that when Ryan and I got married, I could barely run. I’d convinced myself a long time ago that I just wasn’t cut out to be a runner. That said, I’d force myself to run every chance I got. I ran through almost my entire pregnancy with Spencer, and Ryan and I ran our first half marathon in Lake Placid in June of 2015. We ran our second one in Syracuse, the Empire State Half Marathon, that October when I was newly pregnant with Porter. My very long-winded point being that I went from zero to running. A lot. So, how did I do it?

When I first started running, I could barely run. At all. I started with small goals of 1-2 miles a few times a week. That said, I couldn’t even run a full mile when I started, so I did intervals. Aim small for a few minutes running, a few minutes of walking. Time it on a sports watch or your phone (I have a Garmin, and it keeps me in check). Do not force yourself to do more than you’re able. It’ll only be frustrating and demoralizing. Honestly, you’ll feel when your body is ready to take the next step in your training. I followed this short/small pattern for about a month before I changed things up. That said, as you adapt to the three minutes on/off routine, don’t be afraid to mix it up a little. I’d change to four minutes on, two minutes off until I got to five minutes on, one off. Then, I switched to very slow miles. 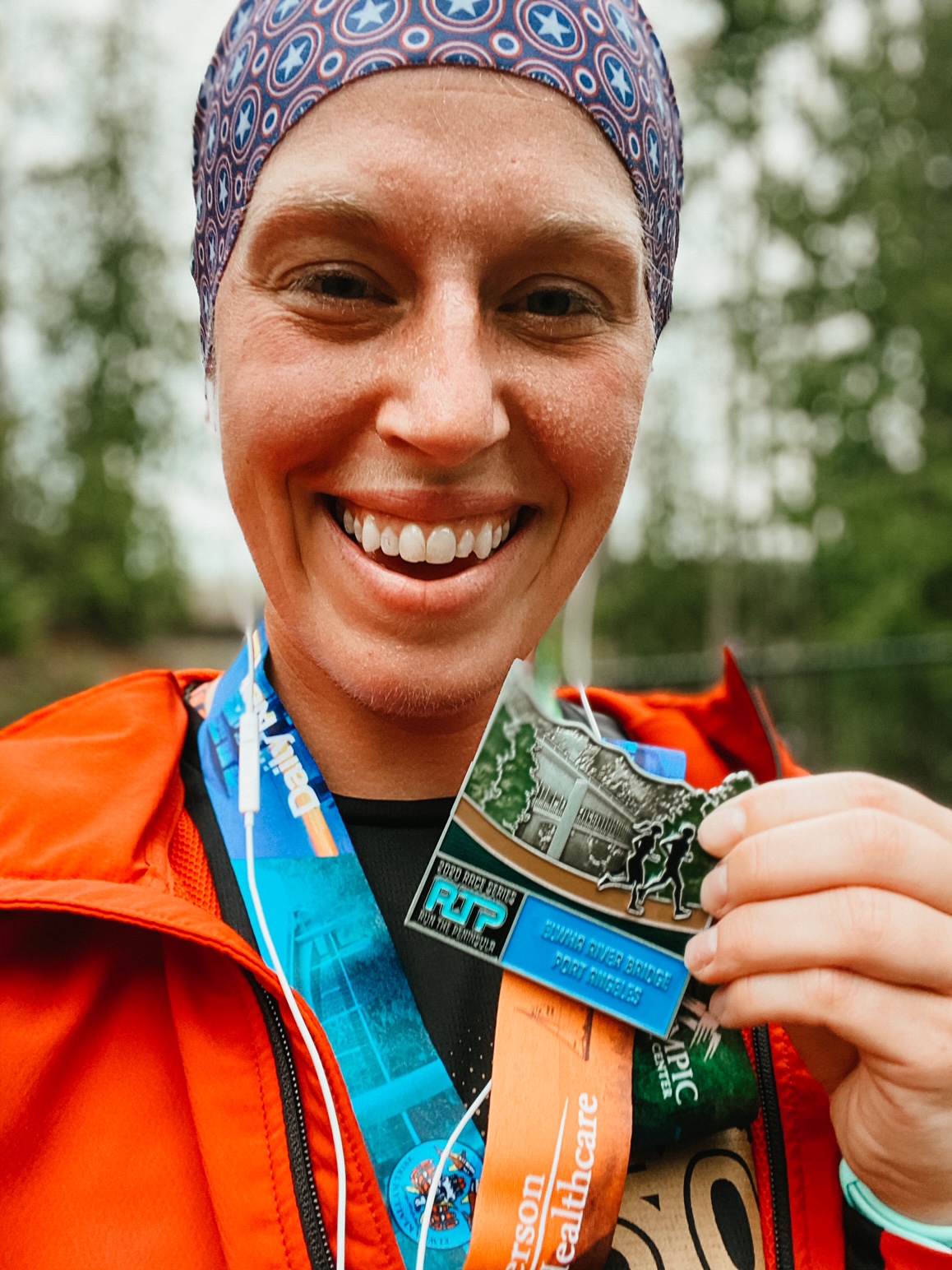 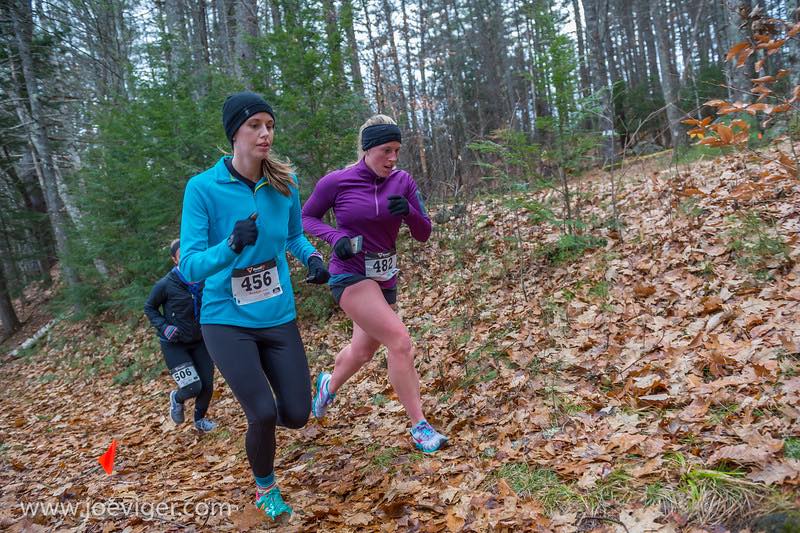 This should be a no-brainer, but for competitive people, it’s not, and it’s something I had to train myself (and continue to have to convince myself) every day. The pace clock doesn’t matter if you’re a hobby runner. Do not try to sprint your mileage if you have no base. Aim for duration vs. time and just clock the time/miles on your legs, rather than the pace you’re running.

There are a lot of these out there, and I’ve used a few of them. When I first started running, I used Endomondo religiously in Arizona. When we moved to Fort Drum, I started using the Nike Running app, in large part because it automatically stopped when I stopped running, which was often. Between running with a stroller and running in the snow, I liked the feature because, as much as I told myself to ignore my pace, I always stressed over my pace getting slower with stops. I used Nike Run through my training for the Chicago Marathon, and it worked great.

This time, however, I’m using Strava, which I’ve had for years but hadn’t used much. Most of my siblings and family in South Africa are on it, and I love being able to see my routes clearly, track my monthly mileage easily, and participate in challenges. For where I am now, Strava works perfectly.

I will swear by Hal Higdon’s plans until I’m blue in the face, and this is the thing I most recommend to people when they ask me where to start. Otherwise, I’d be flying by the seat of my pants, guessing how much to run on any given day and completely messing up my joints. Hal Higdon’s plans vary, and they have an option for just about everything. These are some of my favorites for training for half marathons, as well as marathons:

Half Marathon Novice 1 – This is what I used while training for my first half marathon.

Marathon Novice 1 – I followed this to a T while training for Chicago, and it worked great because I had a small base for my training.

Marathon Novice 2 – This is what I’m using right now.

These plans are great because they mostly vary between 12 and 16-week plans, giving you plenty of time to train up and repeat as needed. With Chicago, I trained up, then I repeated the training plan to get ready for the big race which, yes, I totally blew…but I did finish 😉

Listen to Your Body

Shin splints are thing. So are foot cramps. You’ll hate running some days. You’ll love it others. Some days you’ll be in it. Some days you’ll hate running with a passion. Give yourself and your body a break as needed. There were mornings when Emily and I got up to run that just didn’t work out as planned. Those days will happen, and they will not kill your training – especially as a hobby runner. It’s as important to listen to your mind as it is to listen to your body. It’ll carry you further (and longer) if you treat it right!

So, there you have it! In a nutshell, that is how I trained for a marathon from zero. Training will never be one-size-fits all, but it’s a good way and place to start if you have the inclination to do so.

Tell me, do you run? Have you ever run a marathon, or do you hope to someday?