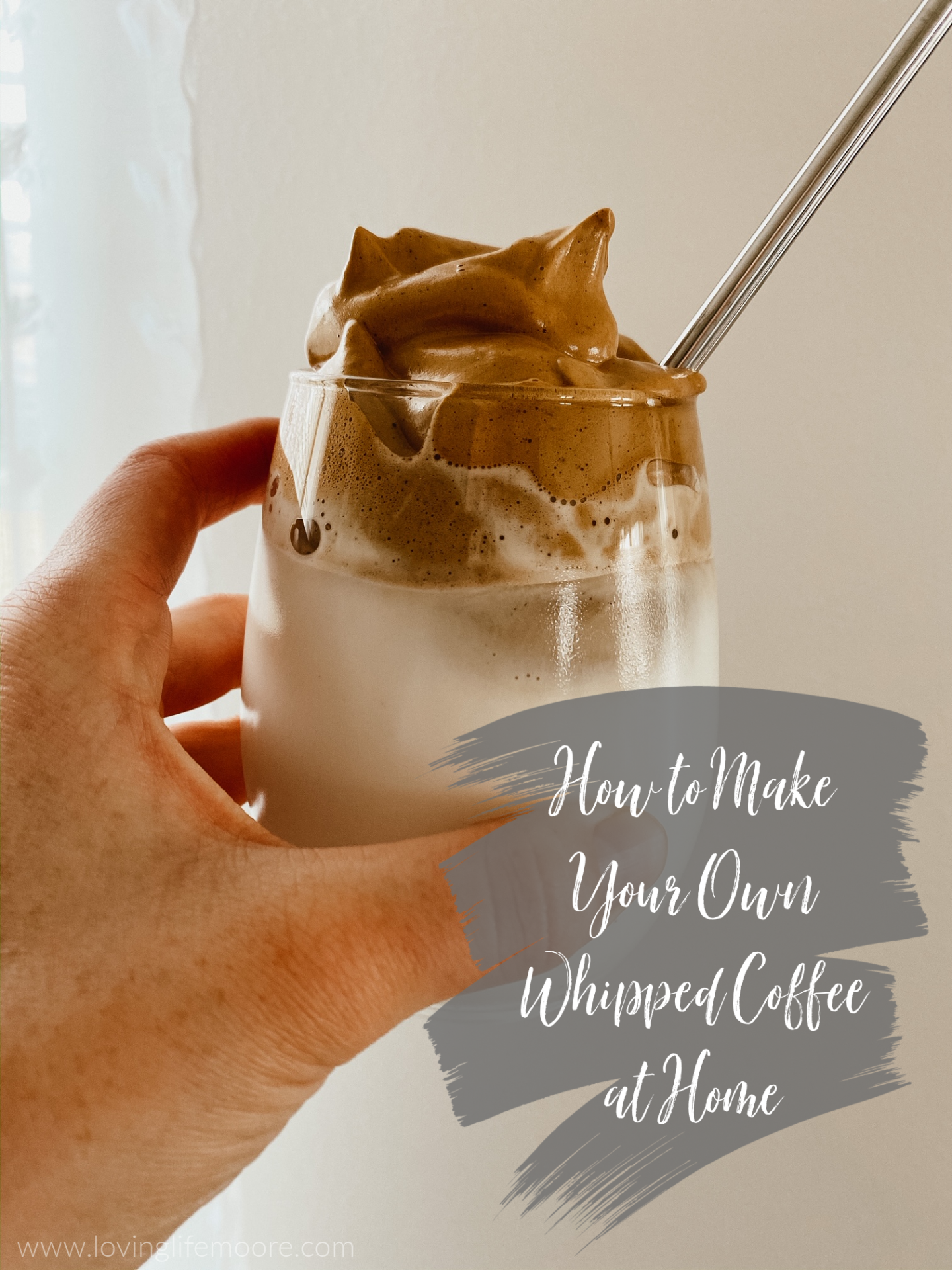 Let’s be honest; we all likely have a lot of time on our hands while stuck at home/isolated/on lockdown/quarantined, et al. If you’re like me – and many of my friends – you’re either baking up a storm, trying new recipes, or really just attempting to step outside of your comfort zone and try something new. That’s where I am in all of this. While, yes, I’m working at home with three children, as is Ryan, we’re trying to do new things to A) keep us sane and B) encourage us to have something fun to look forward to. Enter: whipped coffee. I first learned about this mythical unicorn on Rebecca’s blog last week (I don’t have Tik Tok, so, that’s my secondhand knowledge for you), but I was intrigued. Turns out, guys, it’s super easy. So, today, I want to share the easiest whipped coffee recipe you need to try.

First of all, don’t be intimidated.

It looks (and sounds) much harder than it actually is, but whipped coffee is actually super delicious and easy to make! Even better, it’s reminiscent of those frou frou Starbucks and gourmet coffee drinks you spend $5+ regularly. While our coffee shops remain open, we’ve done our best to remain committed to this lockdown, do our part, and only go out for the essentials. Sadly, gourmet coffee doesn’t fall under that category for us, so this is a fun and special treat to make at home. 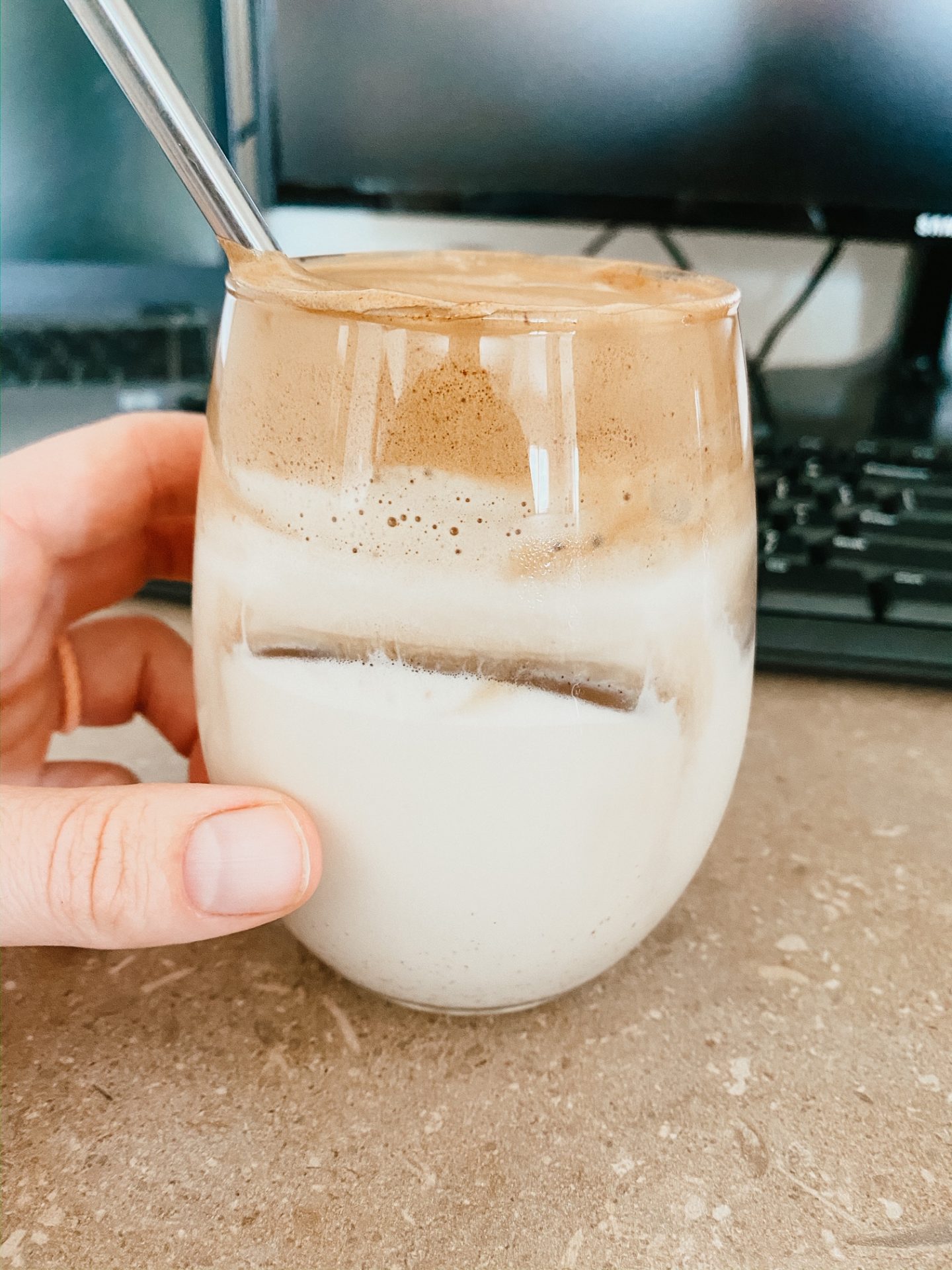 Okay, if you’re going to make this at home, you’re going to need something to whip it. I don’t have a hand-mixer so, while a bit overkill, I relied on my Kitchen Aid mixer, and it worked great. Don’t have either of those? If you’re confident in your ability to whisk something into oblivion, you can try a hand-held whisk, or you could also try a milk frother, or a blender on its highest setting. Here’s what you’ll need beyond that:

A few notes; we’ve made this both hot and cold now, and it works both ways. Also, the original recipe I found called for double the sugar. We cut it to one tablespoon of sugar versus two, and it worked, but it did take longer to froth. Prefer your coffee sweeter? Go for two tablespoons of sugar – it’ll work great! This will also work on your preferred type of milk! The milk is just the base of the drink and, unlike traditional coffee drinks, the coffee is the topping. We used espresso grounds because that’s all we had on hand from my baking, and it works great. The flavor is just a little more intense, which we like. 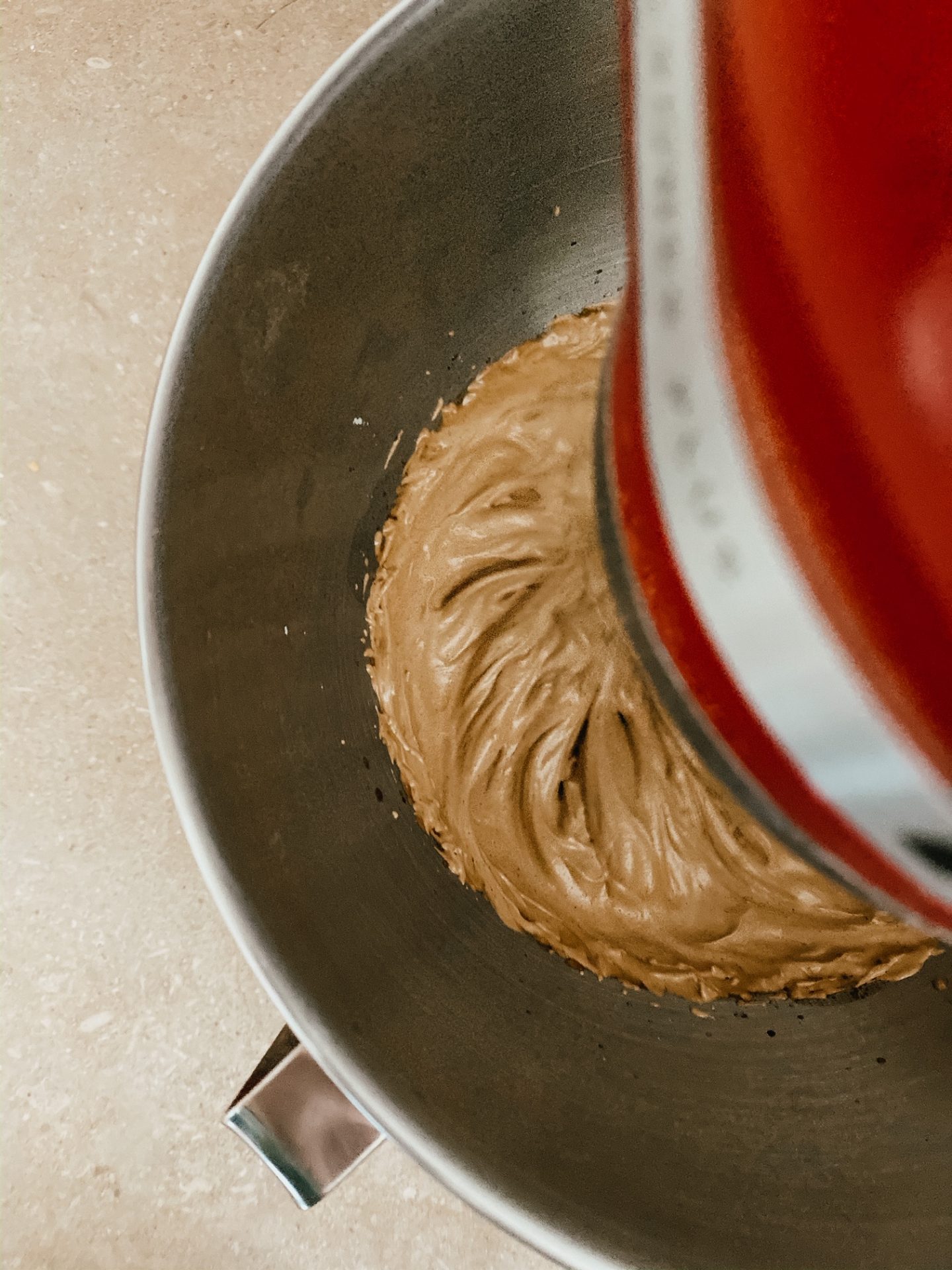 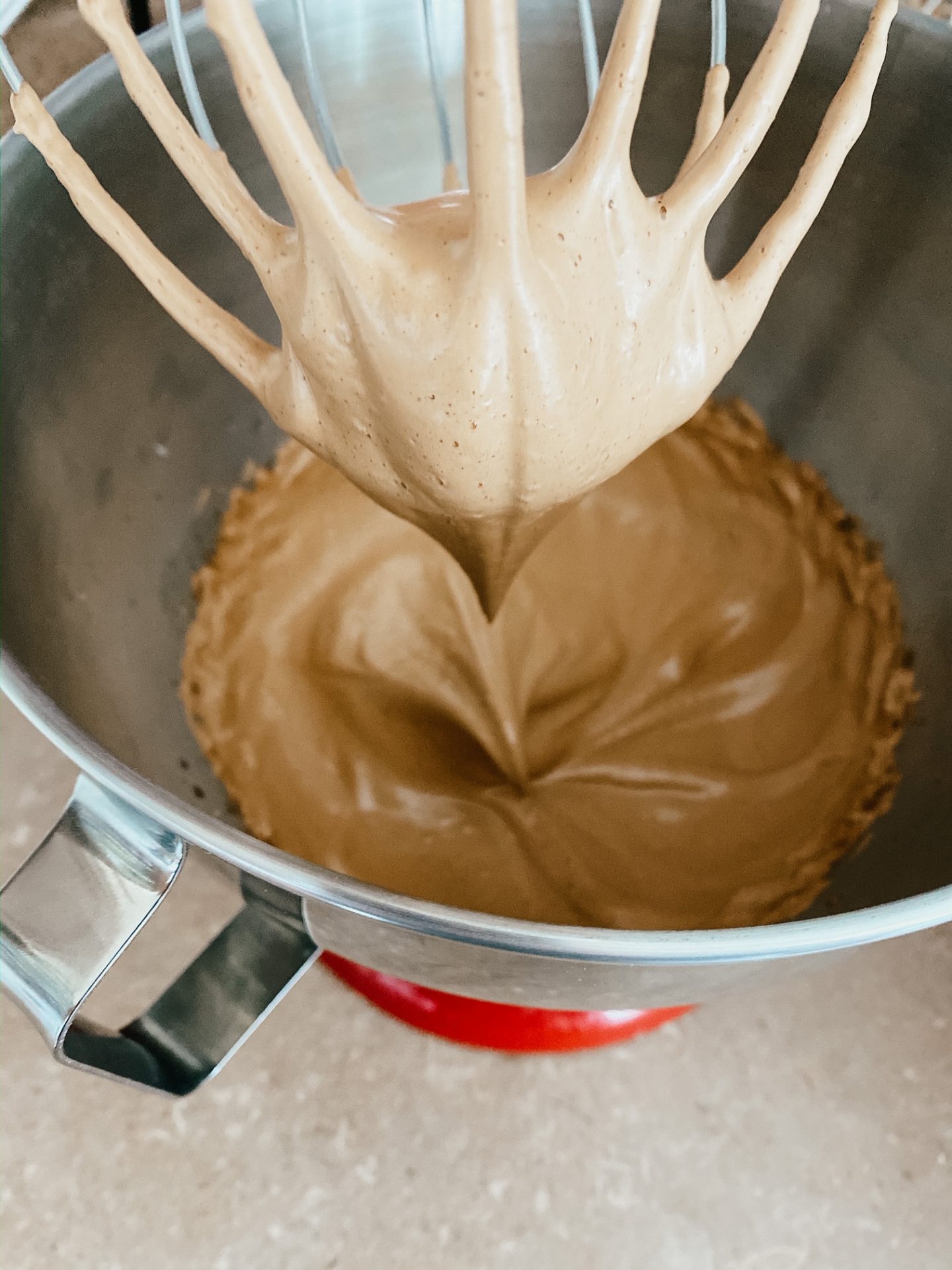 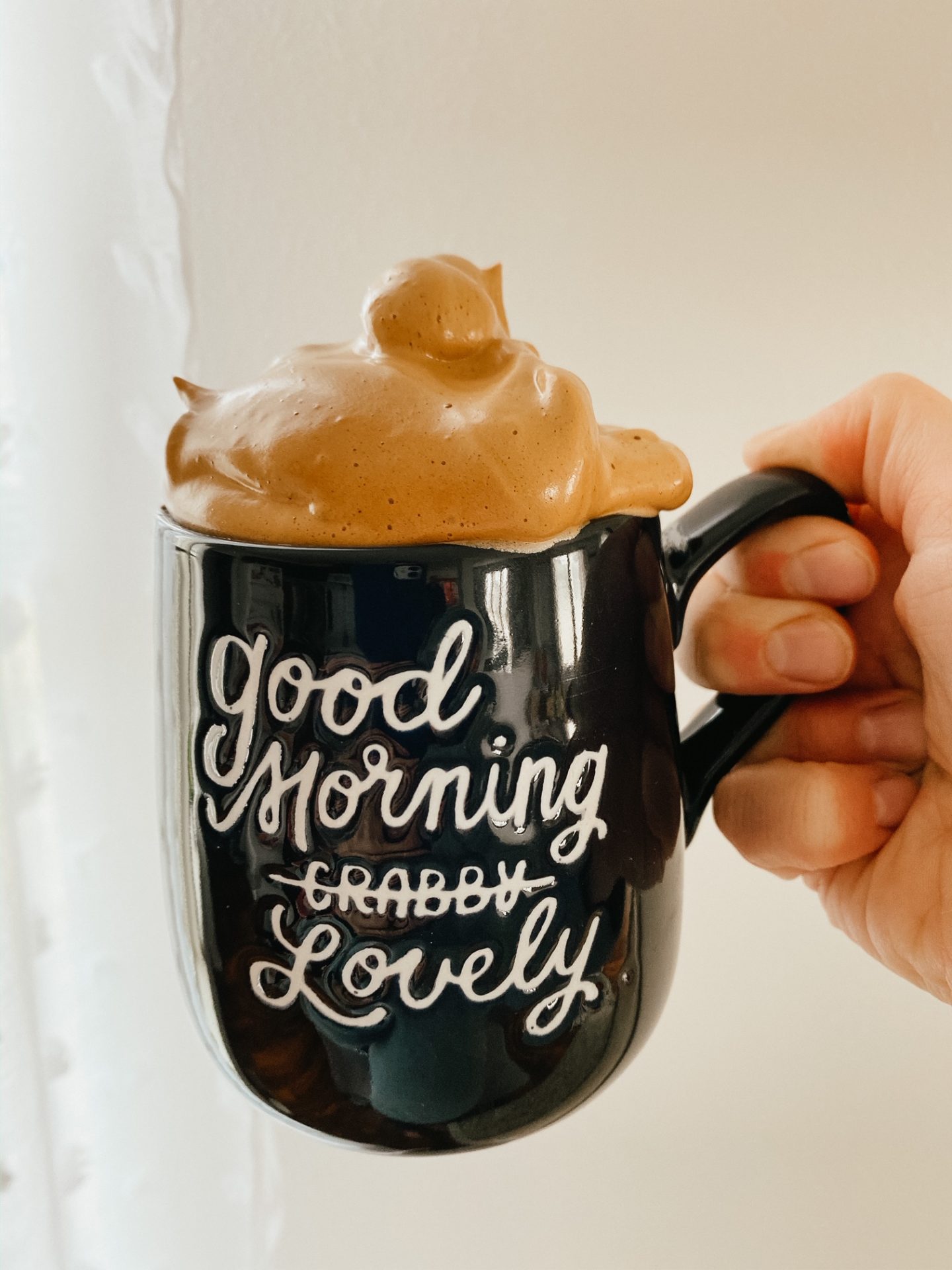 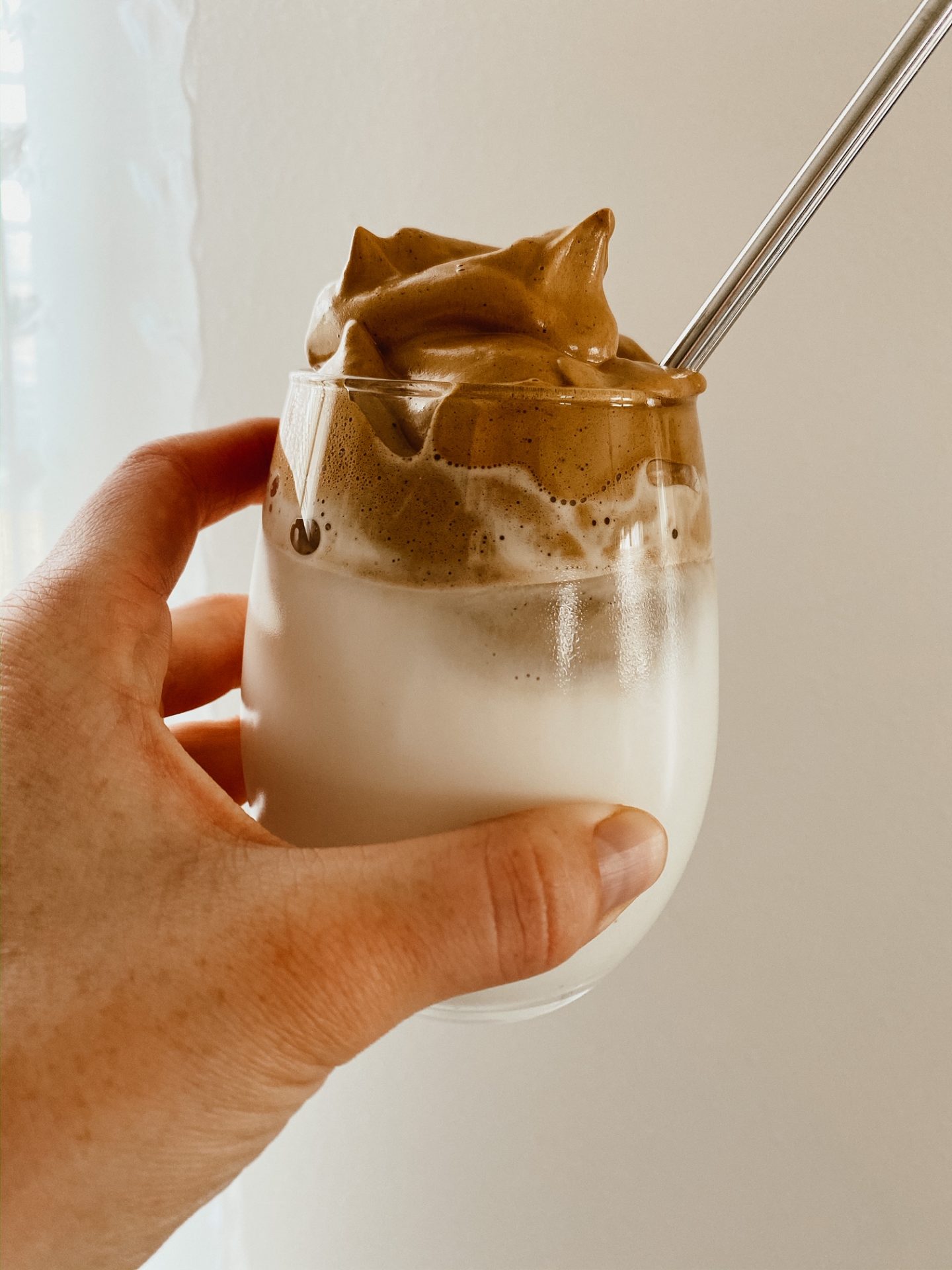 Please note though – you need instant coffee for this, rather than traditional coffee grounds. You could even do it decaf, as long as they’re instant. But, I digress. Here’s how to make your whipped coffee:

Ryan prefers his hot, so I boil milk for him and pour it into a mug. For me, I pour cold milk over ice into a glass, and simply top both drinks with a hearty amount of this whipped coffee. And voila! You’re done.

Tell me; have you heard of whipped coffee yet? Have you tried this yet, or do you think you will?