I don’t know about you guys, but lately our days are simultaneously crazy busy and not busy at all. Because we spent all last week preparing for Ryan to be in the field this week, I felt like we were on borrowed time. In fact, I had all these great plans about blogging this weekend and prepping for the week ahead, but Mother’s Day happened, and Monday got away from me. I feel like that might actually be a theme of this quarantine, in general; days that simply get away from us. It’s not that we don’t soak up this time together. It’s simply that we’re busy trying to stay busy, balancing working from home (well, only me now), and just trying to stay occupied. Nevertheless, Mother’s Day 2020 has come and gone, and it was a far cry sweeter than last year.

Last year, Ryan spent Mother’s Day deployed to Korea. This year, we actually had him home for a change and Washington decided to grace us with two full days of absolutely glorious weather. Since Washington State’s restrictions post-COVID are beginning to relax, we decided to make the best of things. While I’d hoped to go for a big hike, we opted to stay close-to-home instead, as Ryan had to go in to work Saturday, altering our plans (thanks, military life!) and giving a splash pad day for Saturday. Instead of spending much of Sunday exploring, we finally got to take Ryan to one of last year’s favorites of ours – Summer Cove on American Lake. While we may have mixed feelings as a whole on JBLM, I’ll readily admit that it’s nice to have a lakeside beach right here on post, a mere 8-10 minutes from home.

It’s funny. We’ve been at JBLM for almost two years, and we’re only just getting around to sharing a lot of these things together as a family. In 2018 when we arrived, Ryan was almost immediately TDY back-to-back. Then he deployed. Then he came back, and the TDYs have continued. We’re nothing if not determined though, and being able to share water-filled moments and memories for Mother’s Day definitely made for one of the sweetest Mother’s Days in a long time. But, instead of waxing (more) nostalgic than normal, I’m just going to let the pictures do the talking… 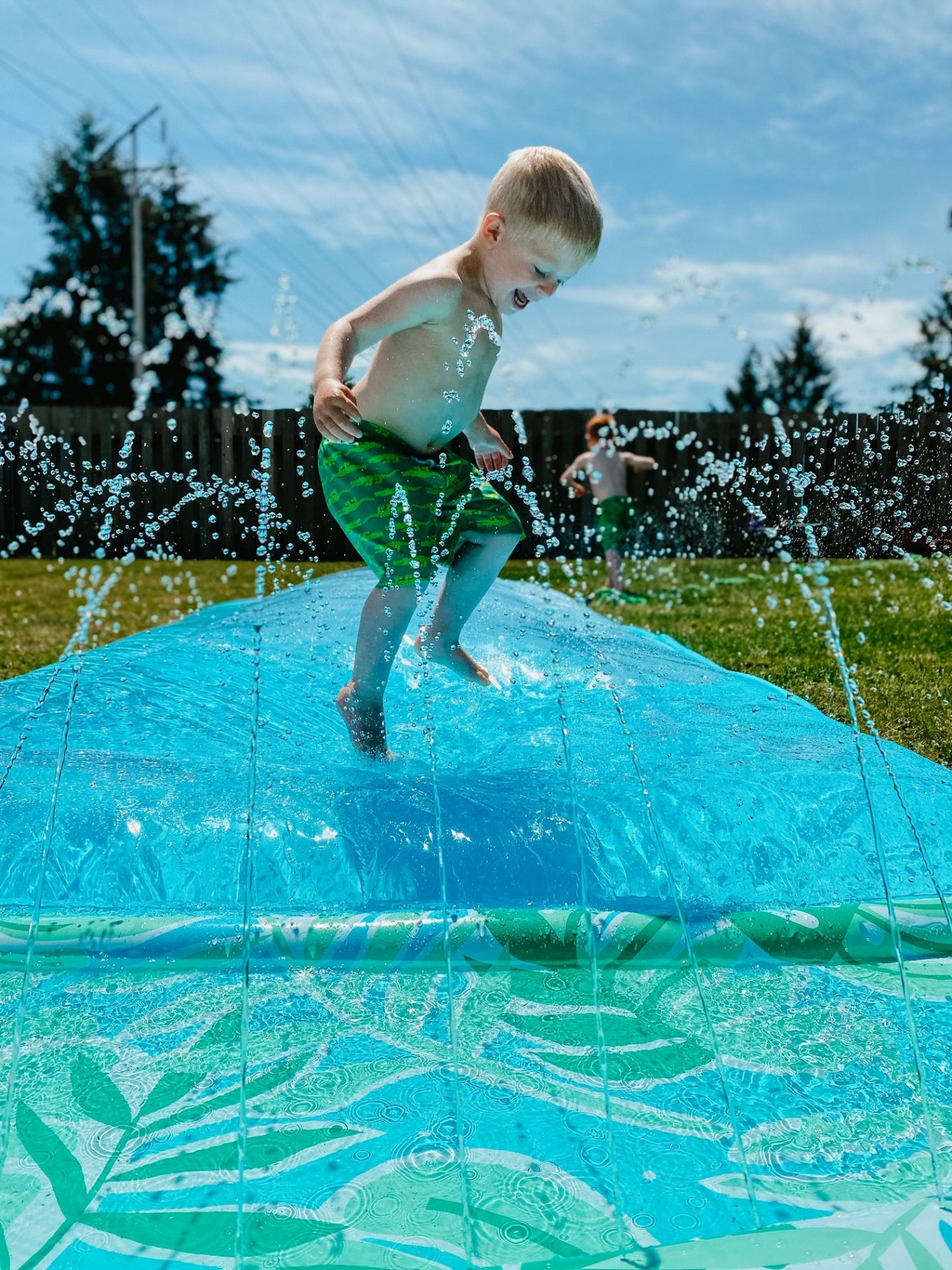 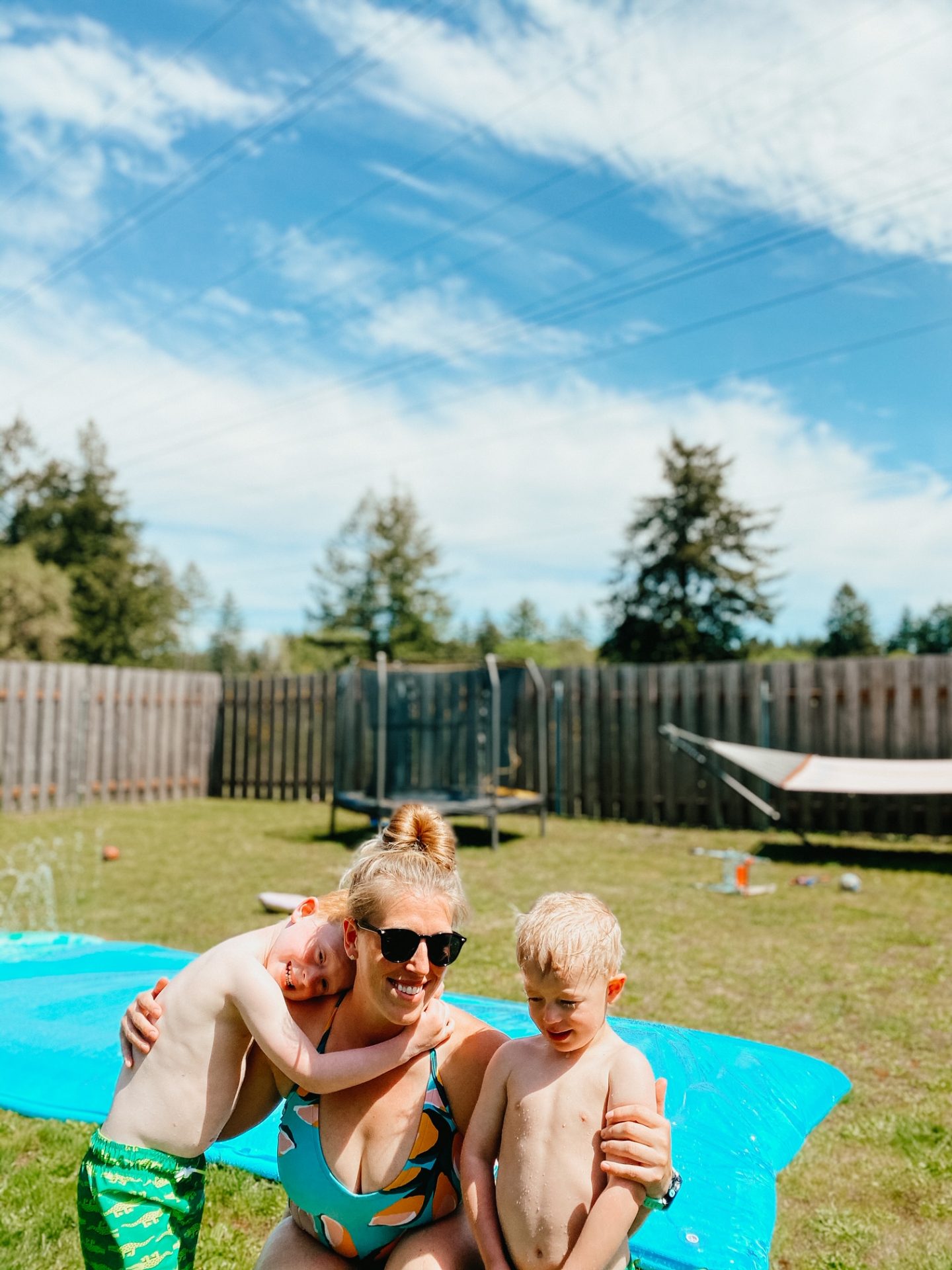 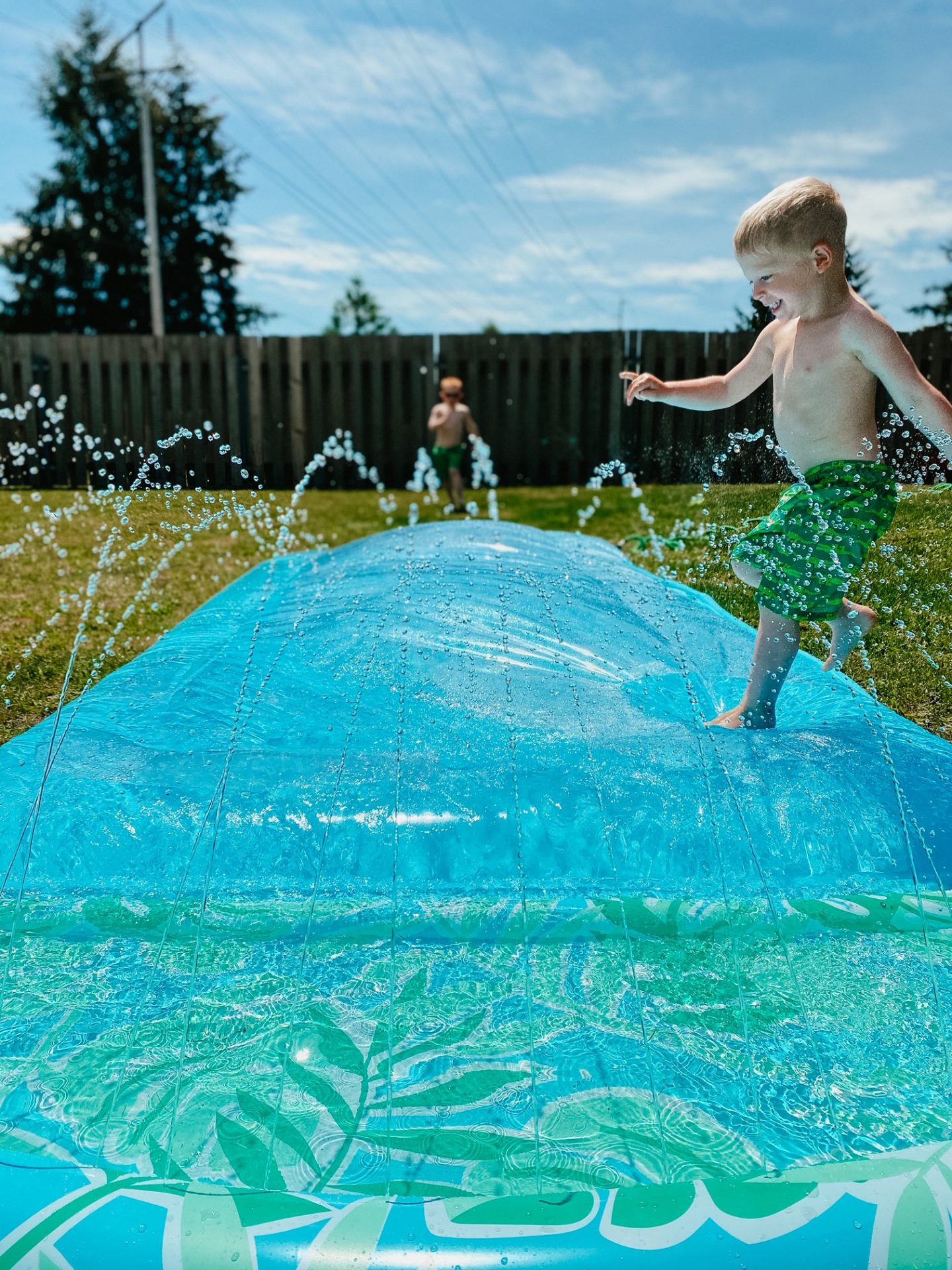 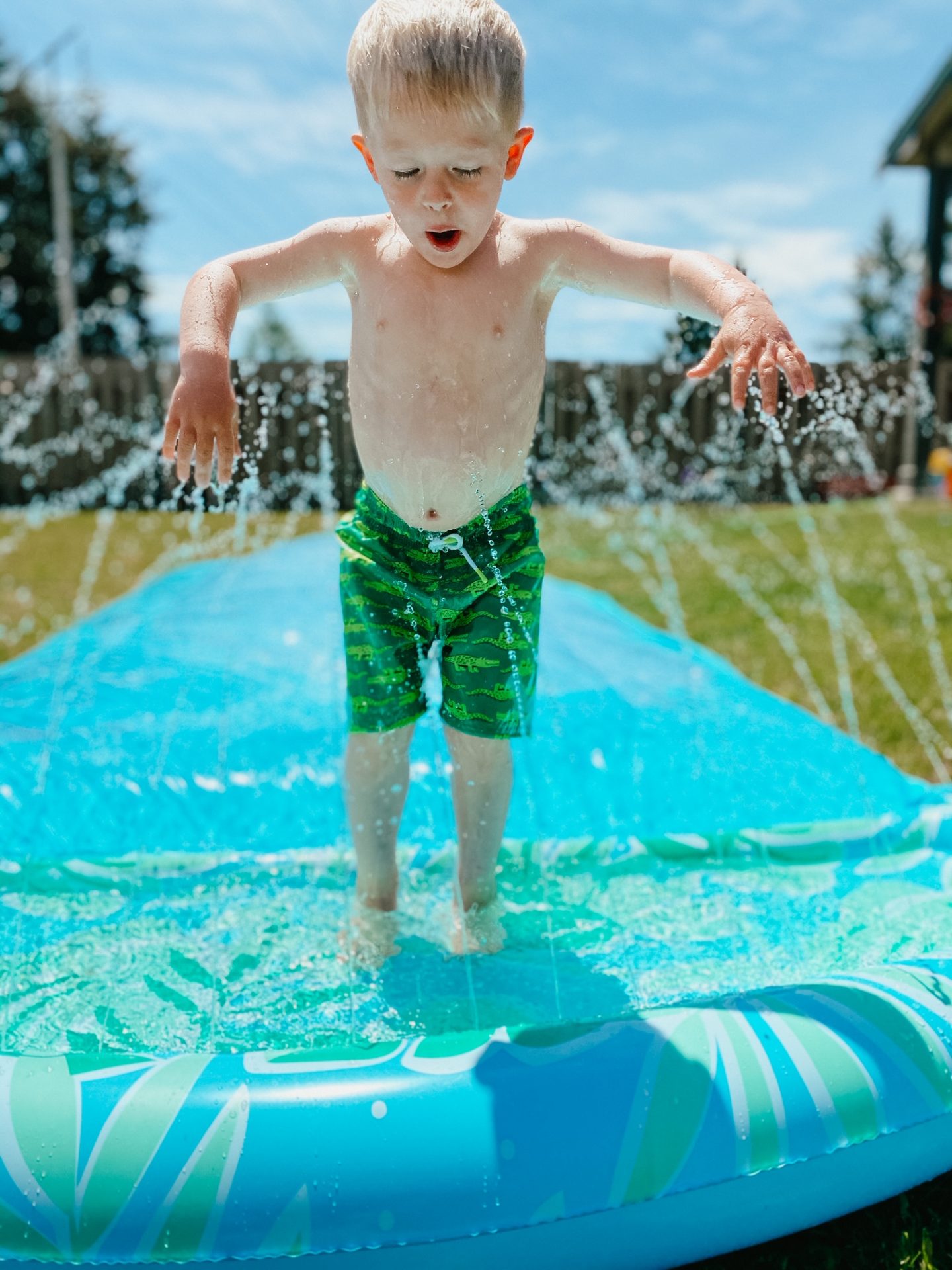 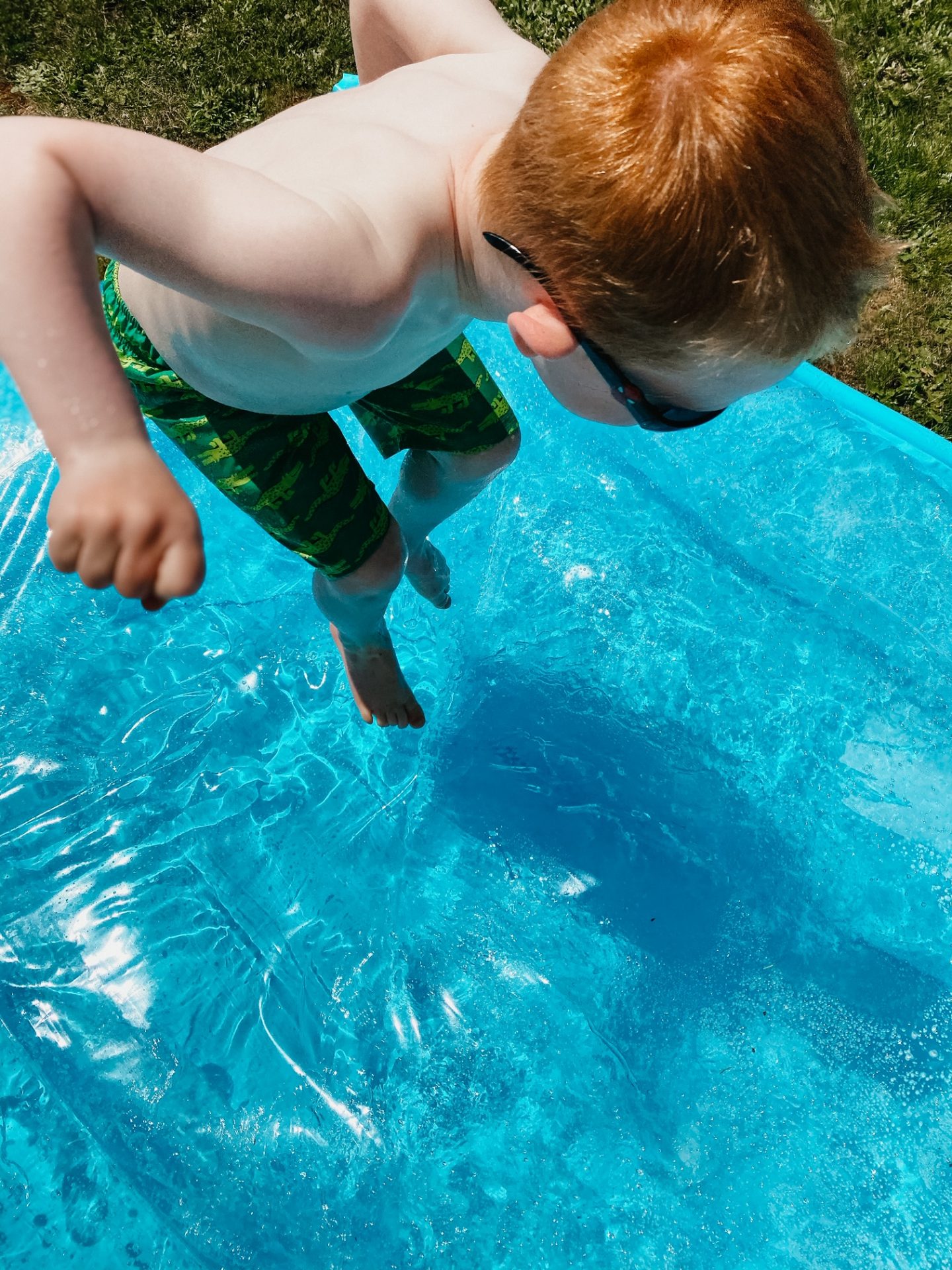 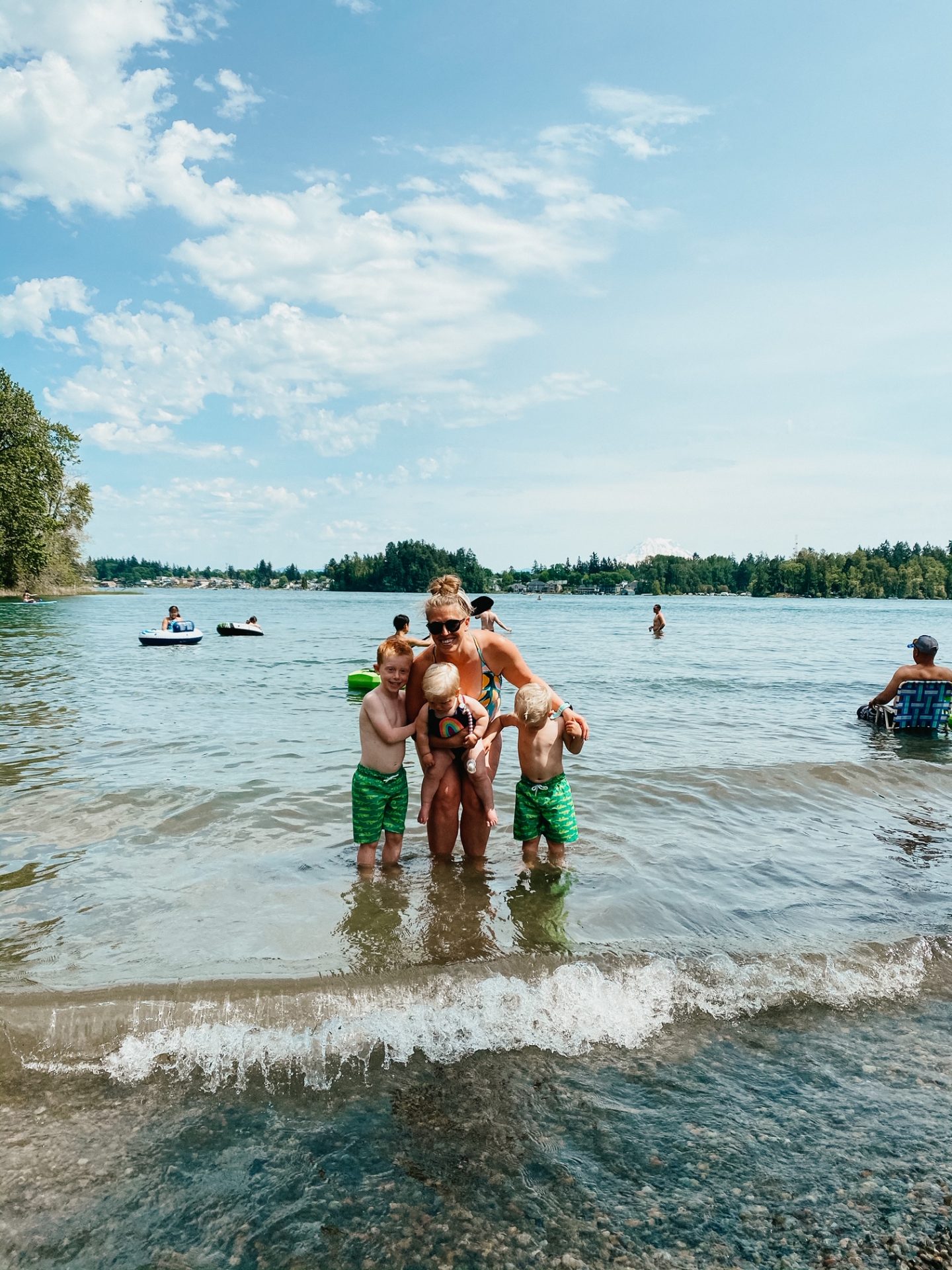 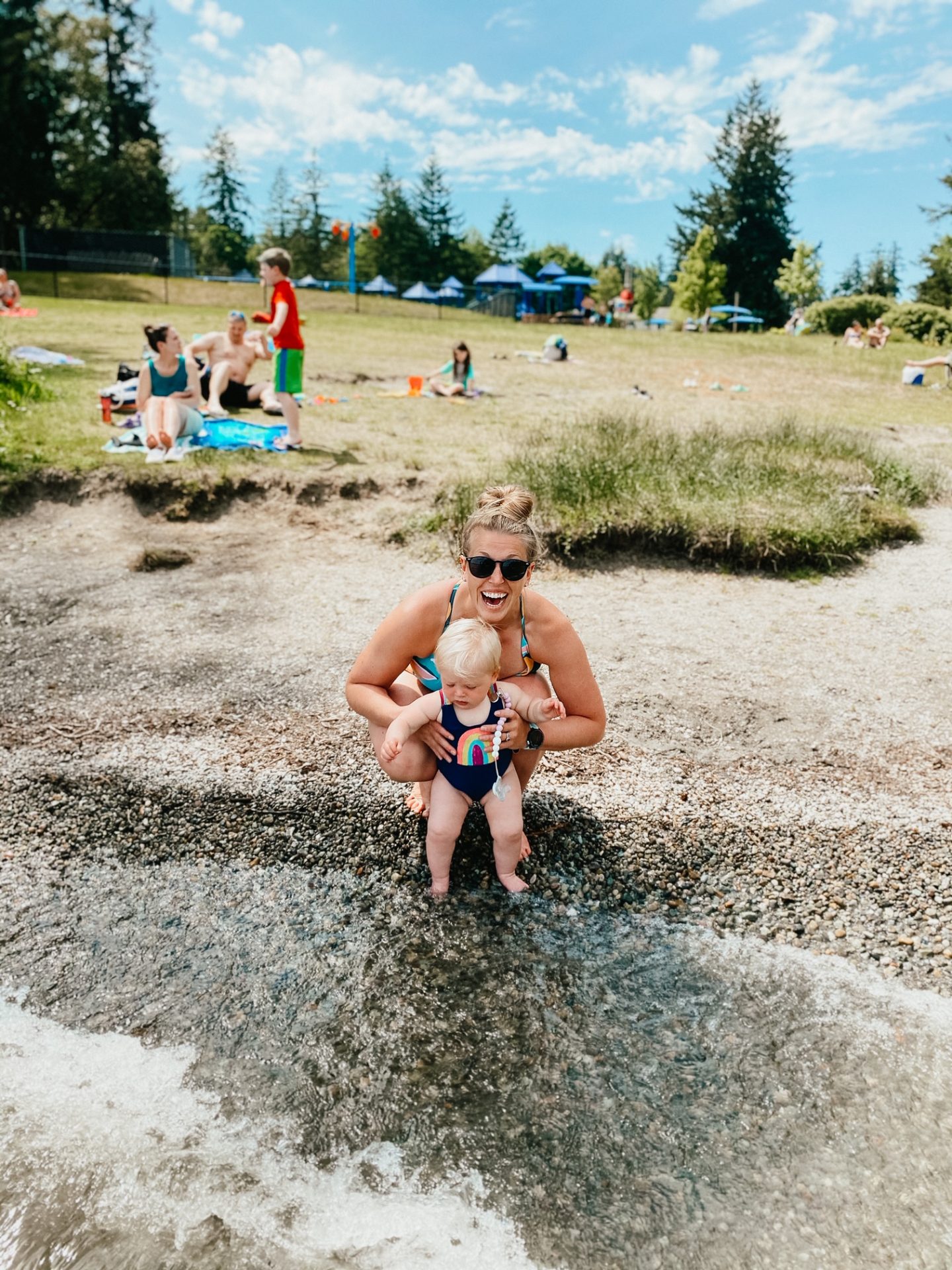 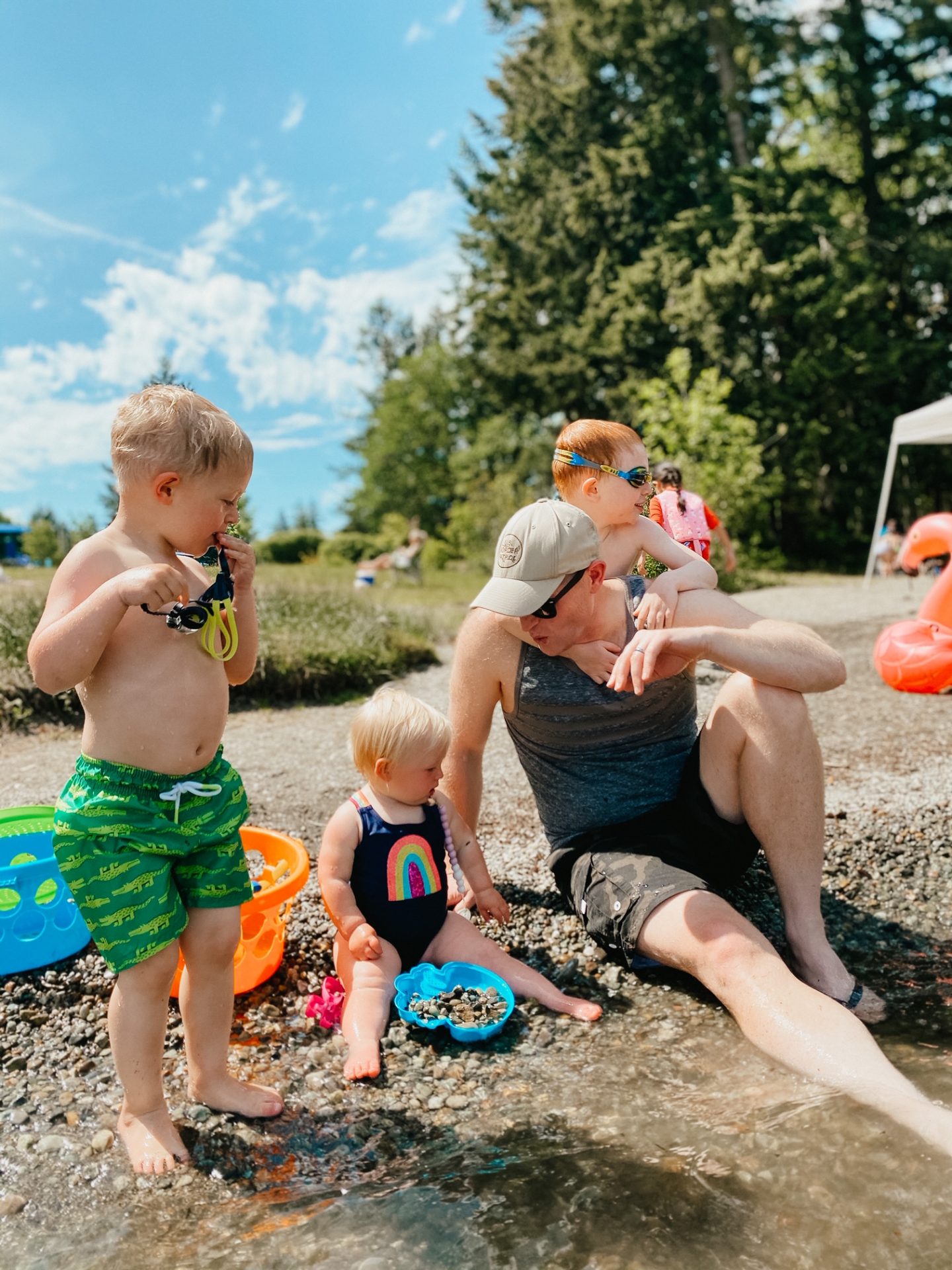 This is my fifth official Mother’s Day. I have three beautiful beans to hold in my arms when they’ll let me. It’s simultaneously the most beautiful and most chaotic thing I’ve ever done. There are days when I want to rip my hair out and start drinking at 9 AM, but the second they go to sleep, I want to snuggle them again immediately. I look back on my childless years before them, and I see an entitled, selfish, naive woman who barely thought beyond herself. Now, I’d do just about anything to give my children the world – literally. I can only hope that they look back at this crazy time with fondness, smiles, happiness, and only the best of memories.

So, though I’m a couple days late, I hope all the mamas out there were spoiled with love and kindness on their special day. You do hard work, mama, and I see you! Happy (belated) Mother’s Day.