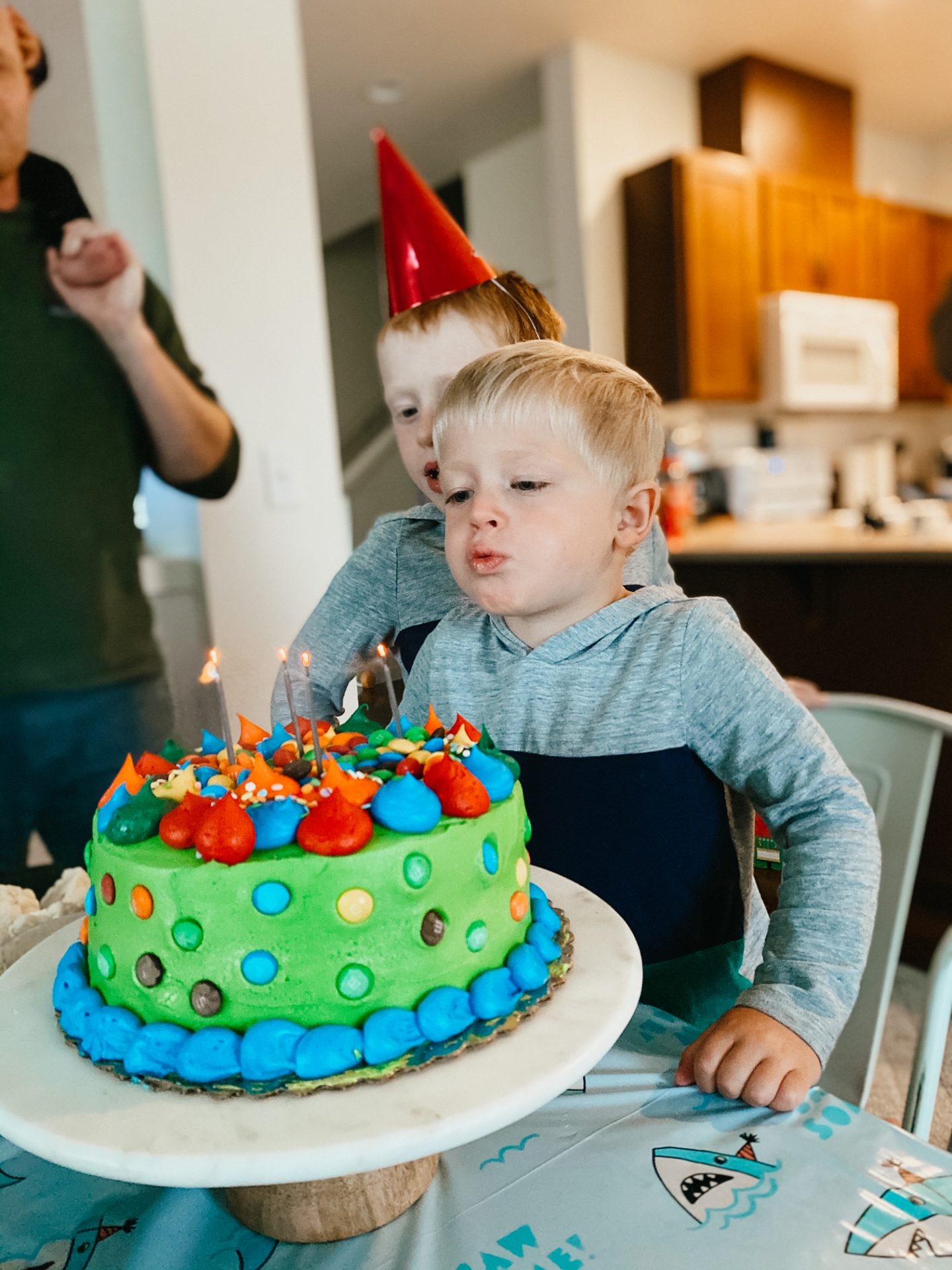 Ryan left this morning for his first TDY of the summer season. It’s a short one at barely two(ish) weeks, but it’s the precursor for a longer one starting next month, so it’s been a bit of a reality check. I’ll admit; we got a little bit spoiled by the fact that, through this COVID-19 crisis, we had a lot of uninterrupted time together. In fact, for the first time ever, Ryan (like much of the military) engaged in remote work, and he was home almost every single day for about a month when everything first went crazy. Life has since resumed some semblance of normalcy though, and Ryan went back to working on base about a month ago. It’s been adjustment for all of us. We’ve had to readjust our sails, yet again, and as life resumes activities, we’re doing our best to find our footing through it all. Porter’s 4th birthday is next week, and this will be the third birthday of his that Ryan’s been gone. He was deployed during his first birthday, we celebrated his second together in the middle of our PCS, and he was deployed for his third birthday. So, like so many other military families, we celebrate when we can.

We had a couple close families over this weekend to celebrate our crazy little blonde boy, and it was nice. It was one of the first times since the COVID crisis began that we’ve had friends over, and of course it rained. It didn’t dampen our spirits though. We celebrated him, made him feel special, and loved on him because we can. There was definitely an undertone of anxiety though. We’re privileged enough to have had the time, the space, the health, and the freedom to celebrate him. I’m grateful for that, and seeing him soak up a day that was about him felt special and sweet. Then, real life kicked in again. 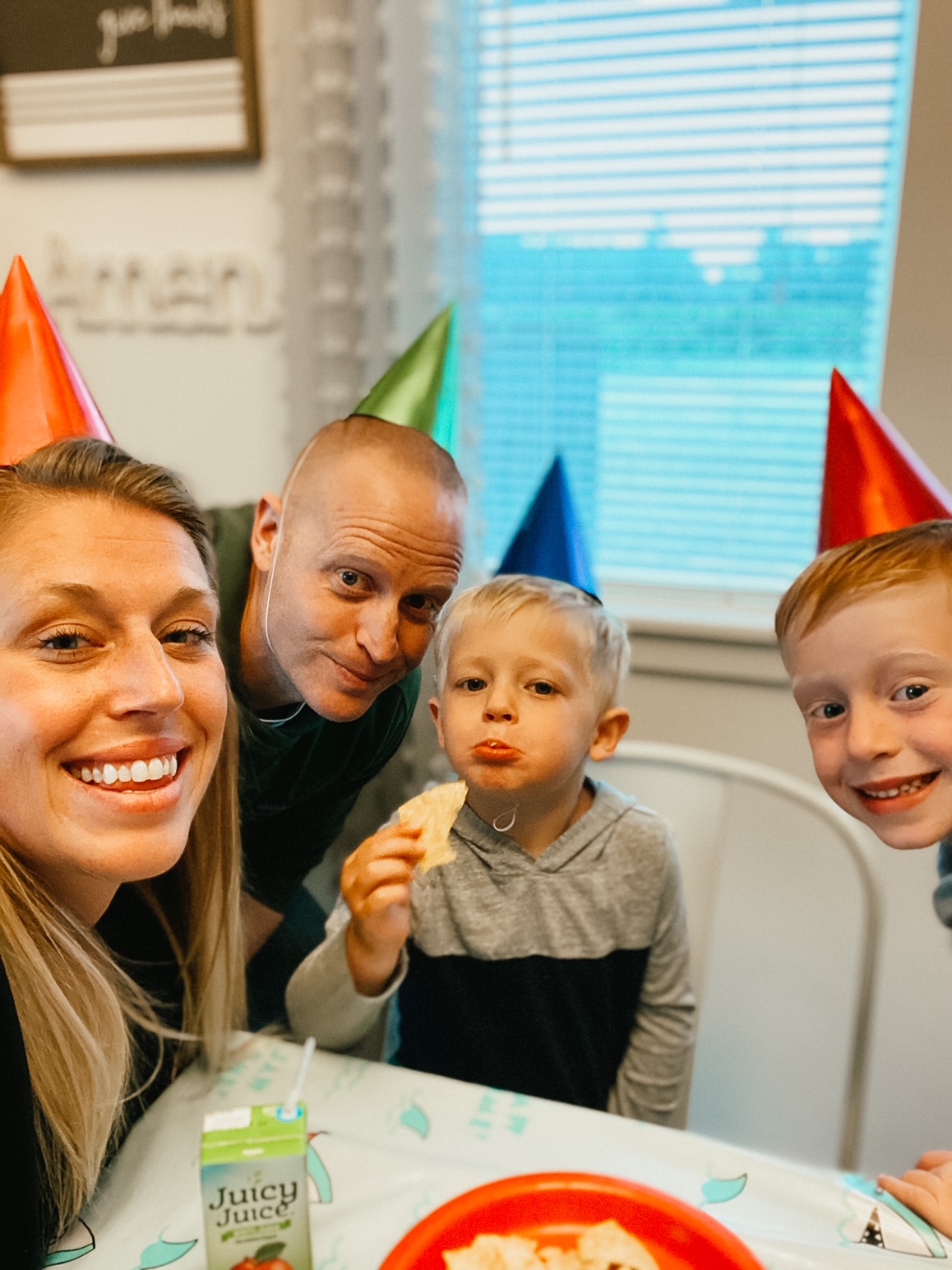 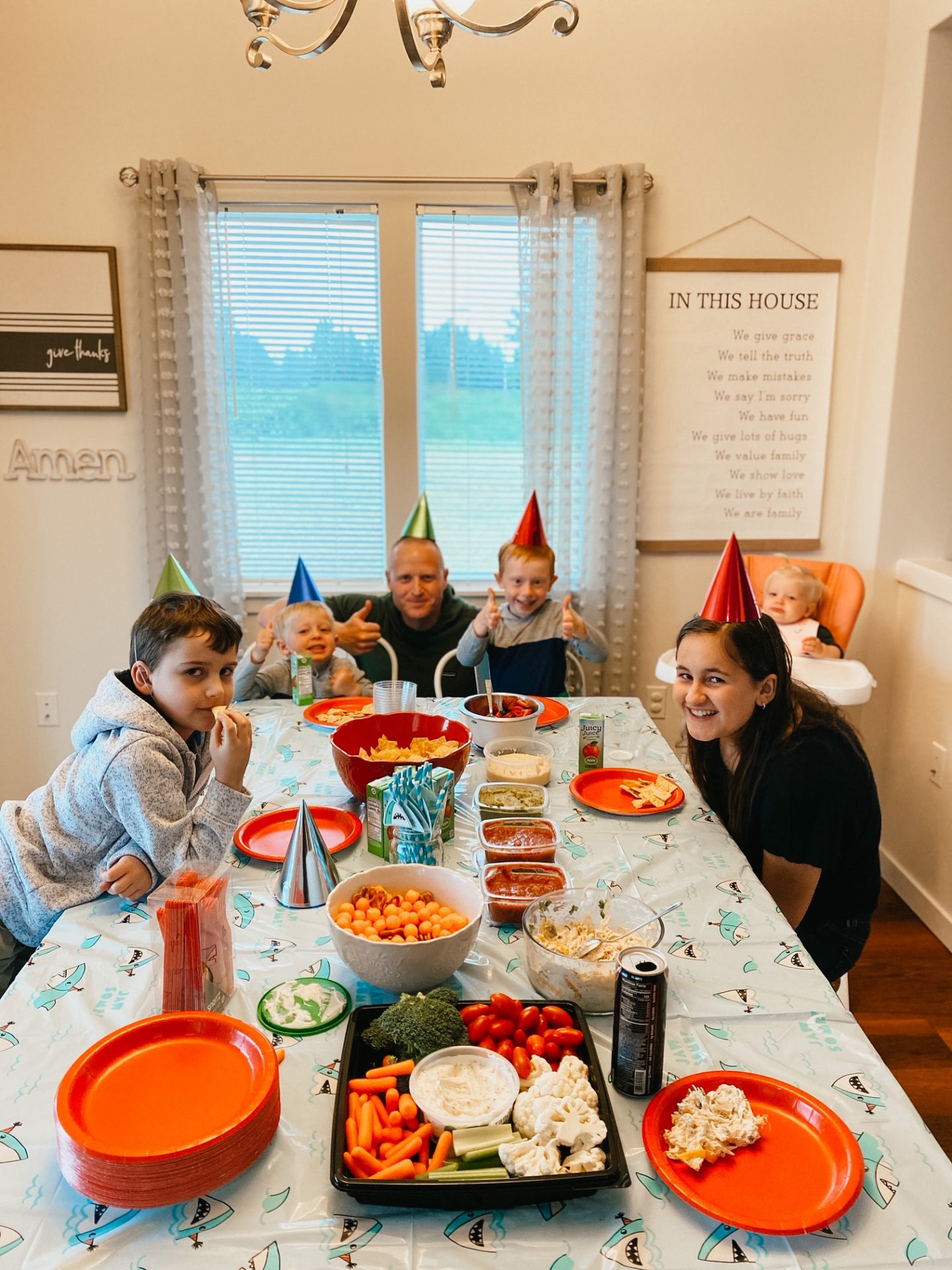 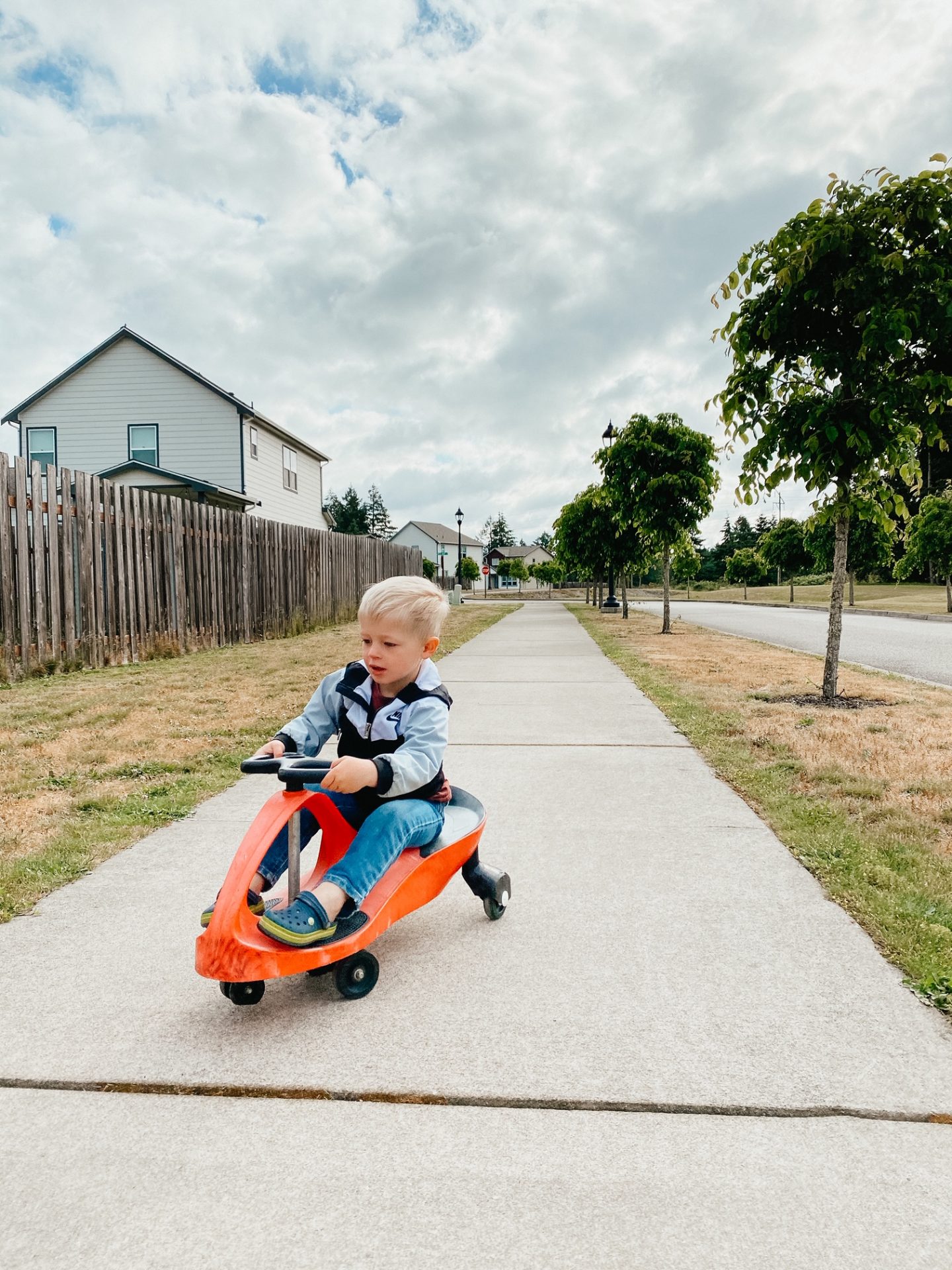 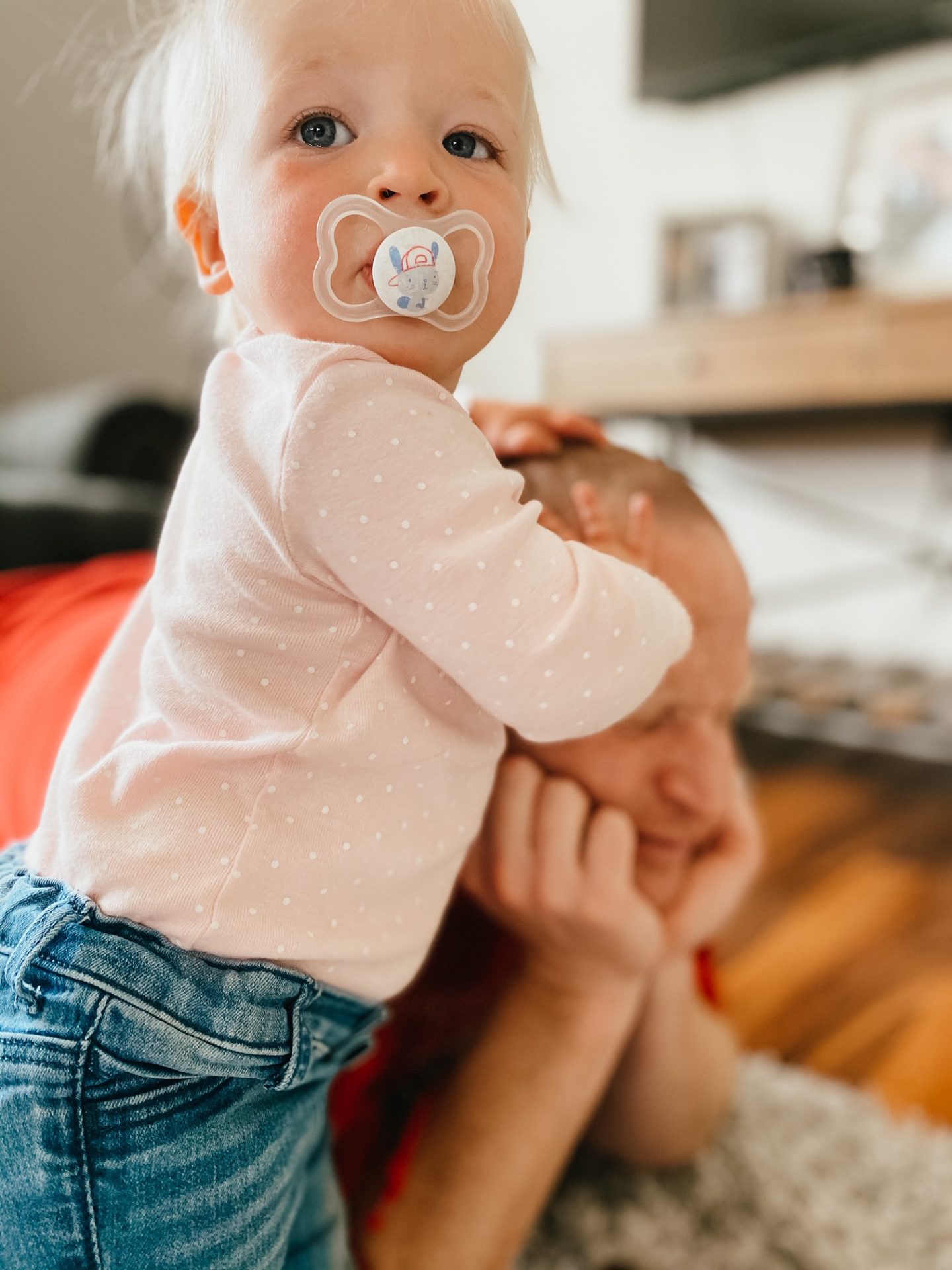 Sunday was spent packing. Walking on eggshells. Watching as Daddy worked to mentally prepare his children for his absence again. Like I said, it’s a short absence, but it’s an absence nonetheless, and the kids know. Add in the tension surrounding pretty much the entire nation, and it made for a strange weekend to say the least. I shared on my instagram that sharing blind happiness right now feels so wrong, and I’ll admit that I’ve written this post 10-15 times, scrapping each version because nothing sounds or feels right to post right now. I have so many emotions and, as emotions run rampant, it’s hard to find the right words.

So, instead of a long, drawn out post, I’ll echo the sentiment I posted elsewhere. I am aware of how blessed I am to be free to share happy pictures. I am blessed to be insulated against violence and hatred in our nation. I know my children live comfortable, privileged lives. But I am not unaware. I am not immune to the pain that echoes throughout our nation and the Black American community. While I don’t condone violence or riots, I do recognize the deep-rooted pain that has erupted across America.

The best I can do in this moment is to pledge to raise our children better; to teach them not to be colorblind, but to see all colors and honor them. It’s my responsibility to speak the uncomfortable truths with them and teach them that we are the generation of change, and as we celebrated our boy this past weekend, I made a commitment to continue to teach them and help them grow to be strong, beautiful, kind, empathetic, caring, open, honest, and inclusive men and women.

So, yes. We celebrate when we can, but we hold the hurt of our nation and communities of color close to our hearts, praying for change all the while.

*In the meantime, for those looking to continuously educate themselves on racism and the racial injustice, I encourage you to look at these anti-racism resources compiled by Kait from Communikait. Many are great for parents working to teach their children to be agents of change, as well.