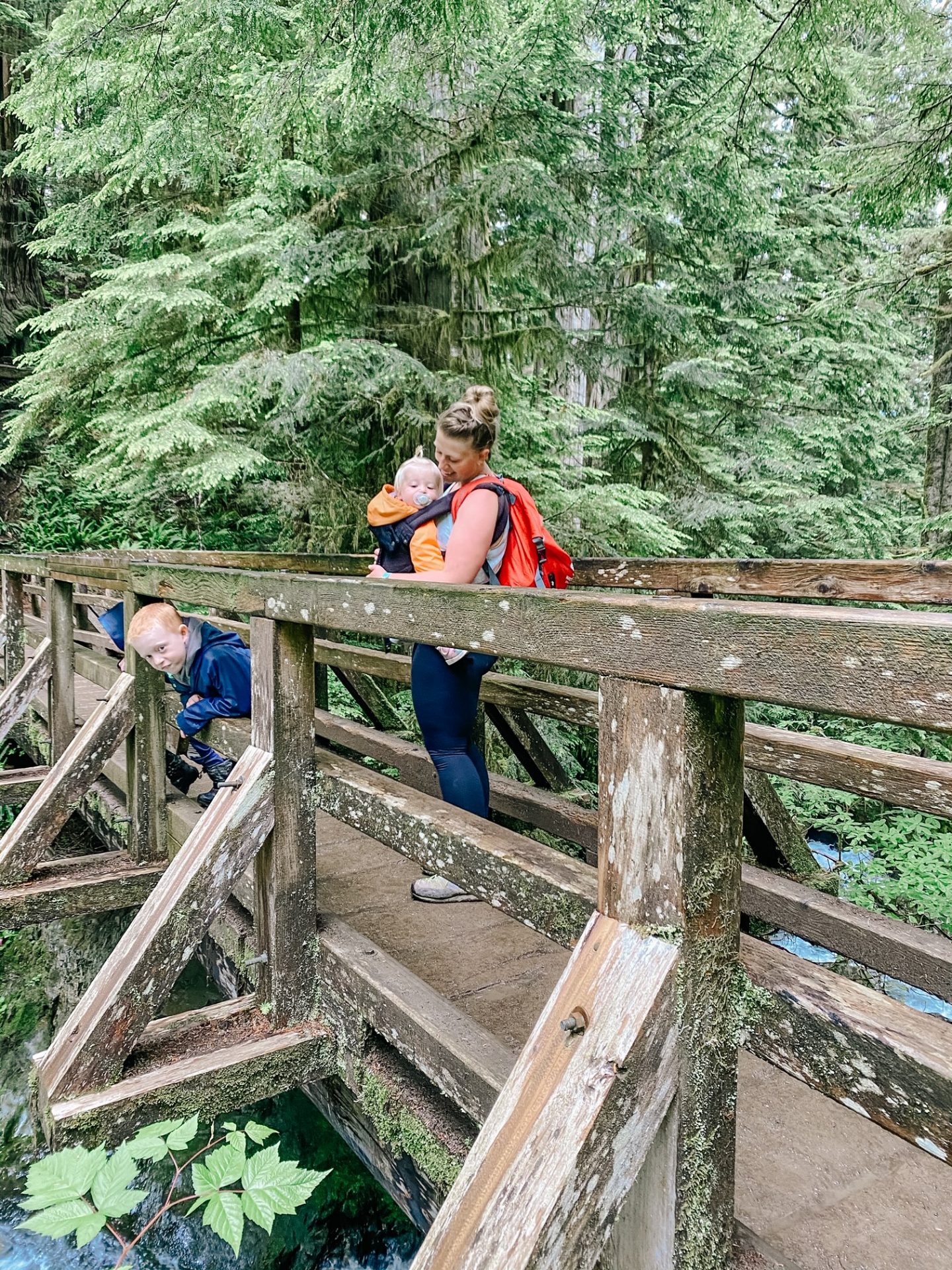 Happy Monday, my friends! I hope you all had a great long weekend. We are so glad we were able to soak up some real family time before Ryan leaves this week for his next TDY. Unfortunately, Ryan had to self-isolate this weekend, so we had to adventure alone for a change, but we decided to be bold and make some hiking plans anyway. Here’s a big old spoiler alert for you: our hike didn’t go as planned and, in fact, it kind of failed. It was definitely a lesson in patience, listening to your body and your children, and paying attention to your surroundings. Our friends who hiked Lake Serene with us a few weeks ago convinced us that Lake 22 was next on the agenda and, despite the intermediate rating, I agreed, and the kids and I packed up and heading out with the intent of hiking Lake 22 and Granite Falls.

Honestly, I didn’t expect an intermediate-level hike to be that popular. When we arrived, there were easily 200+ cars at the trailhead, on the road, and in the surrounding lots. And, in true PNW fashion, it started raining when we were 10 minutes out from the trailhead. There were several cars along the road that had chanced parking on the shoulder and, unfortunately, slipped into the ditches along the road, so after driving around a little, we decided to chance the main lot and got lucky finding a spot. I don’t know what about this hike felt different than our last couple hikes, but my belly was churning, and I was nervous. Nevertheless, the kids and I loaded up and began hiking Lake 22 and Granite Falls  – in the rain, yet again.

The first half of the trail was honestly really good. Though wet and muddy, it was well-defined and extremely well-worn. Like I mentioned, there were a lot of people there, so we took our time, moving over when necessary, letting people pass, and just hung back a little. Our friends went on ahead because their pace was significantly faster than mine and the kids’. At the base of Granite Falls, we encountered the first trail injury of the day. Someone had managed to blow out their knee, and they were huddled with a space blanket awaiting emergency personnel. That was my first warning, but I wished her luck and we continued on. As we continued climbing though, people began to warn us about the rocks we were quickly approaching. With the rain picking up, I decided to listen but cautiously continued. 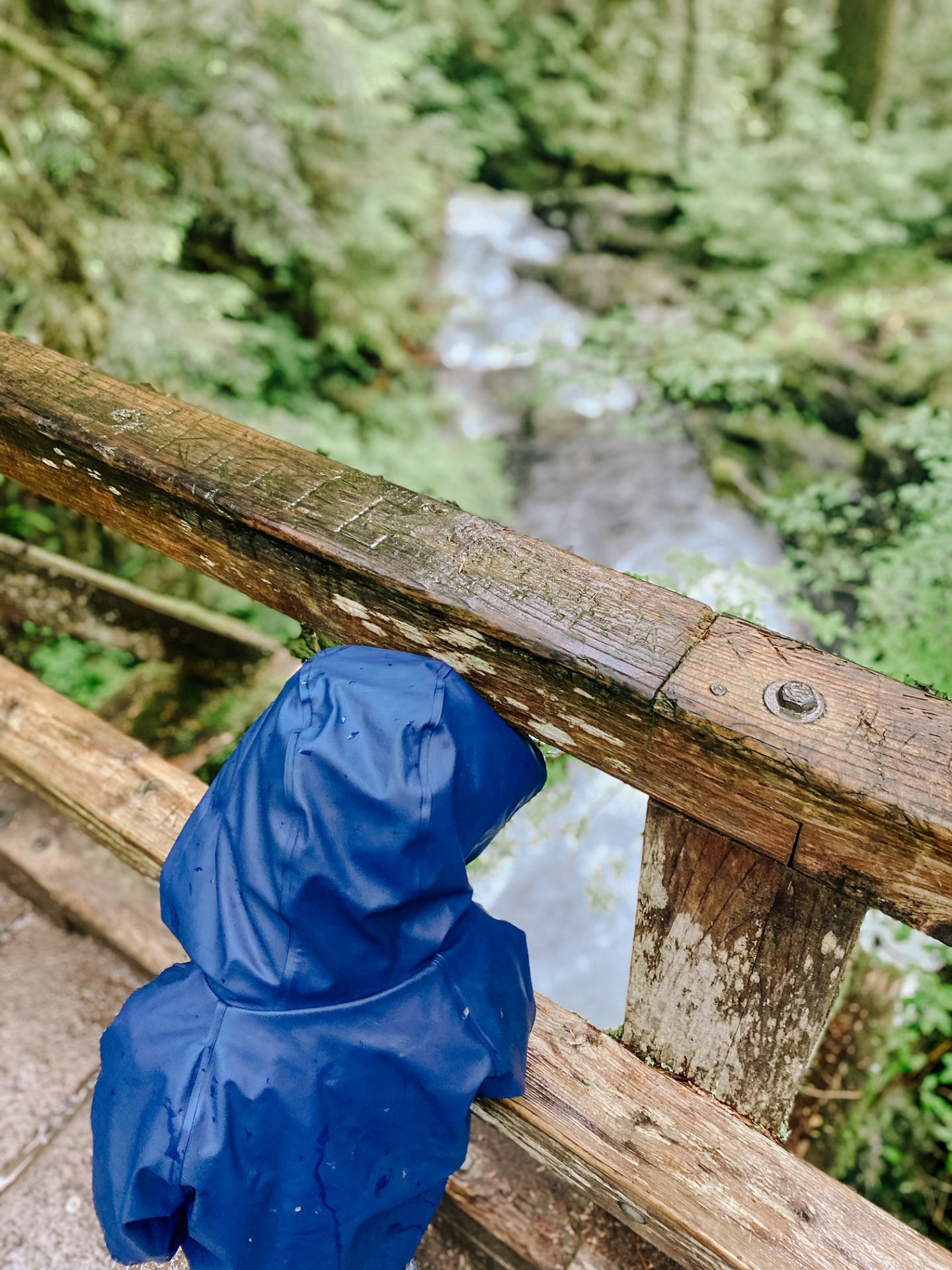 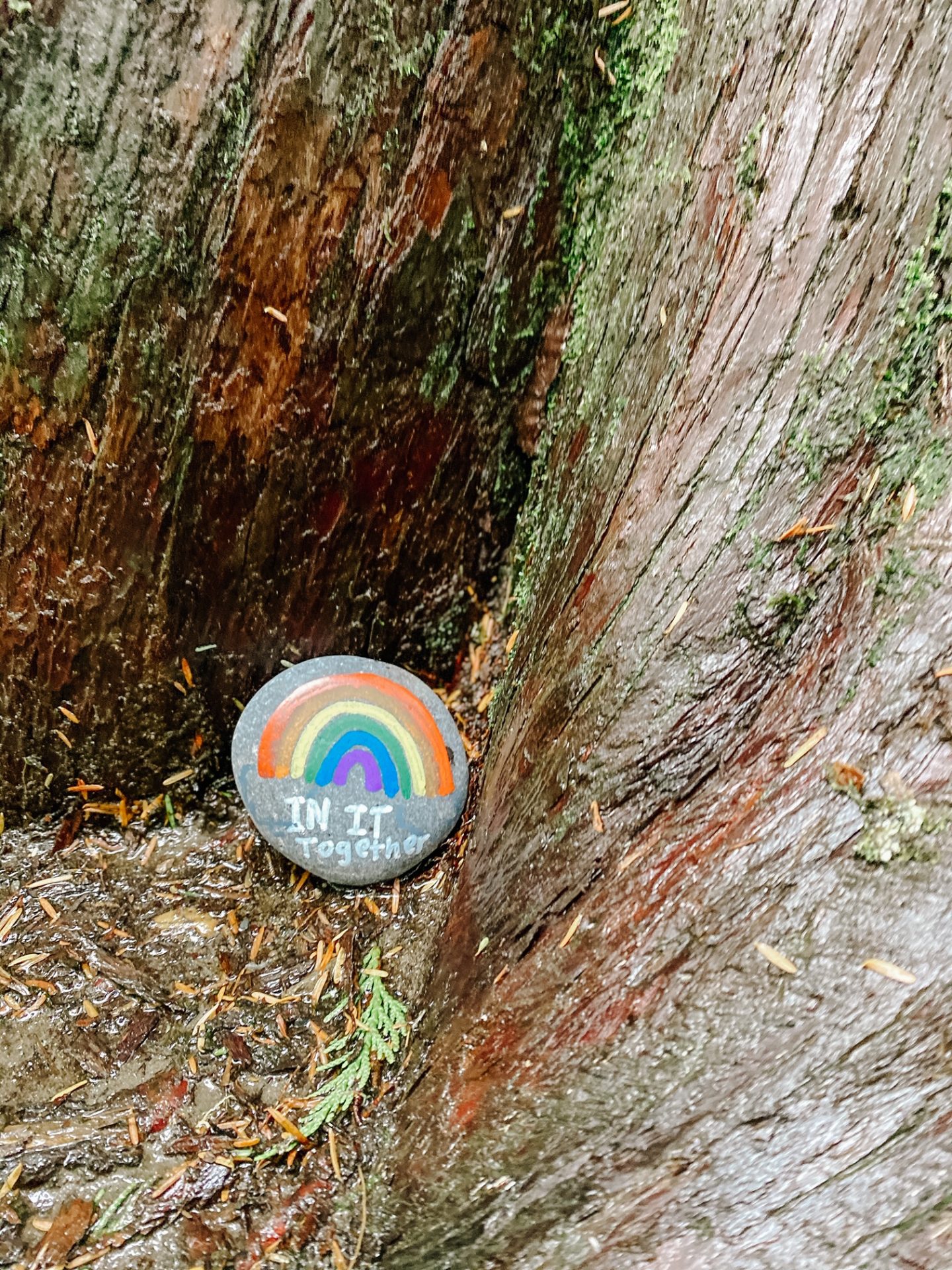 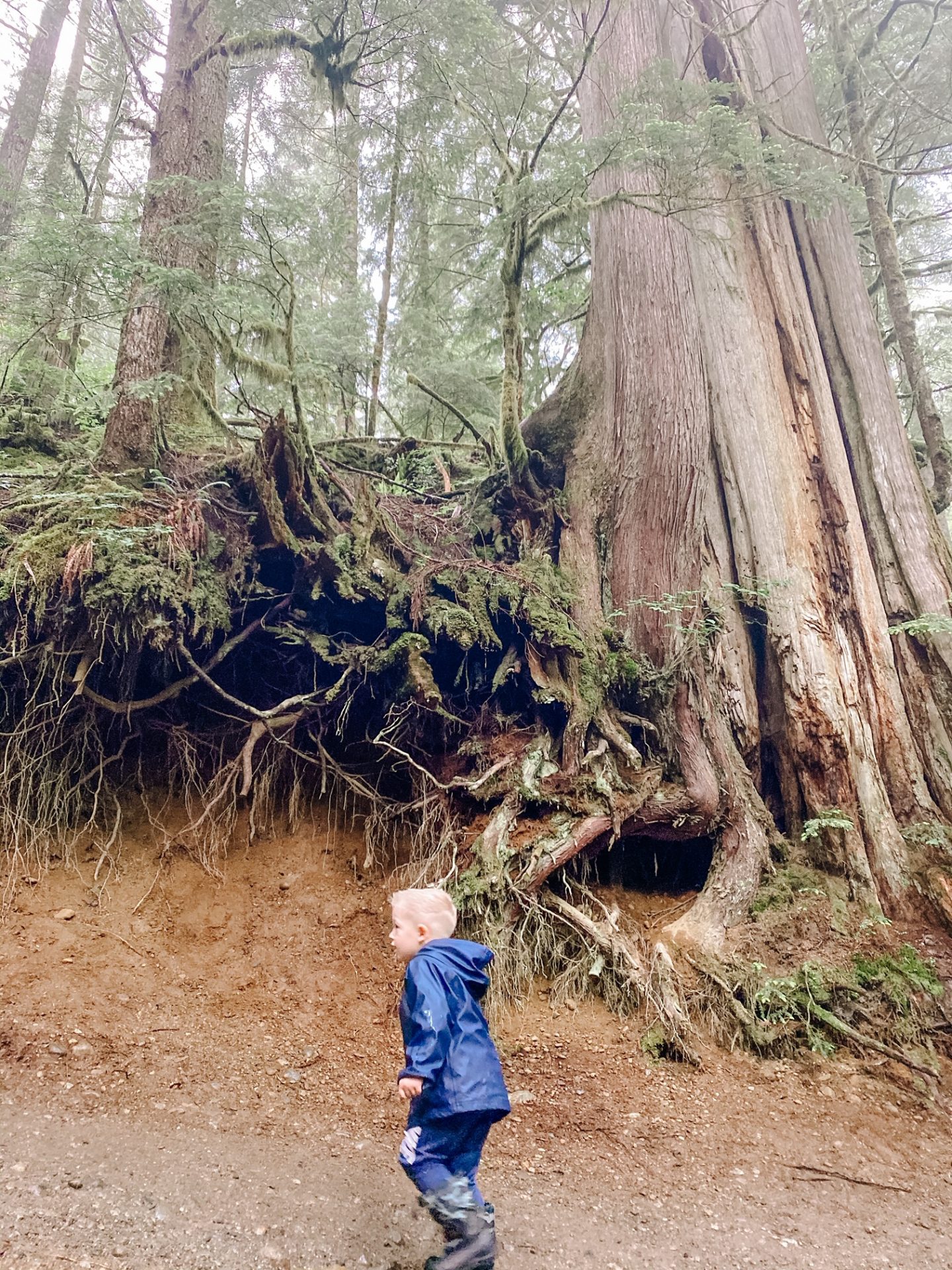 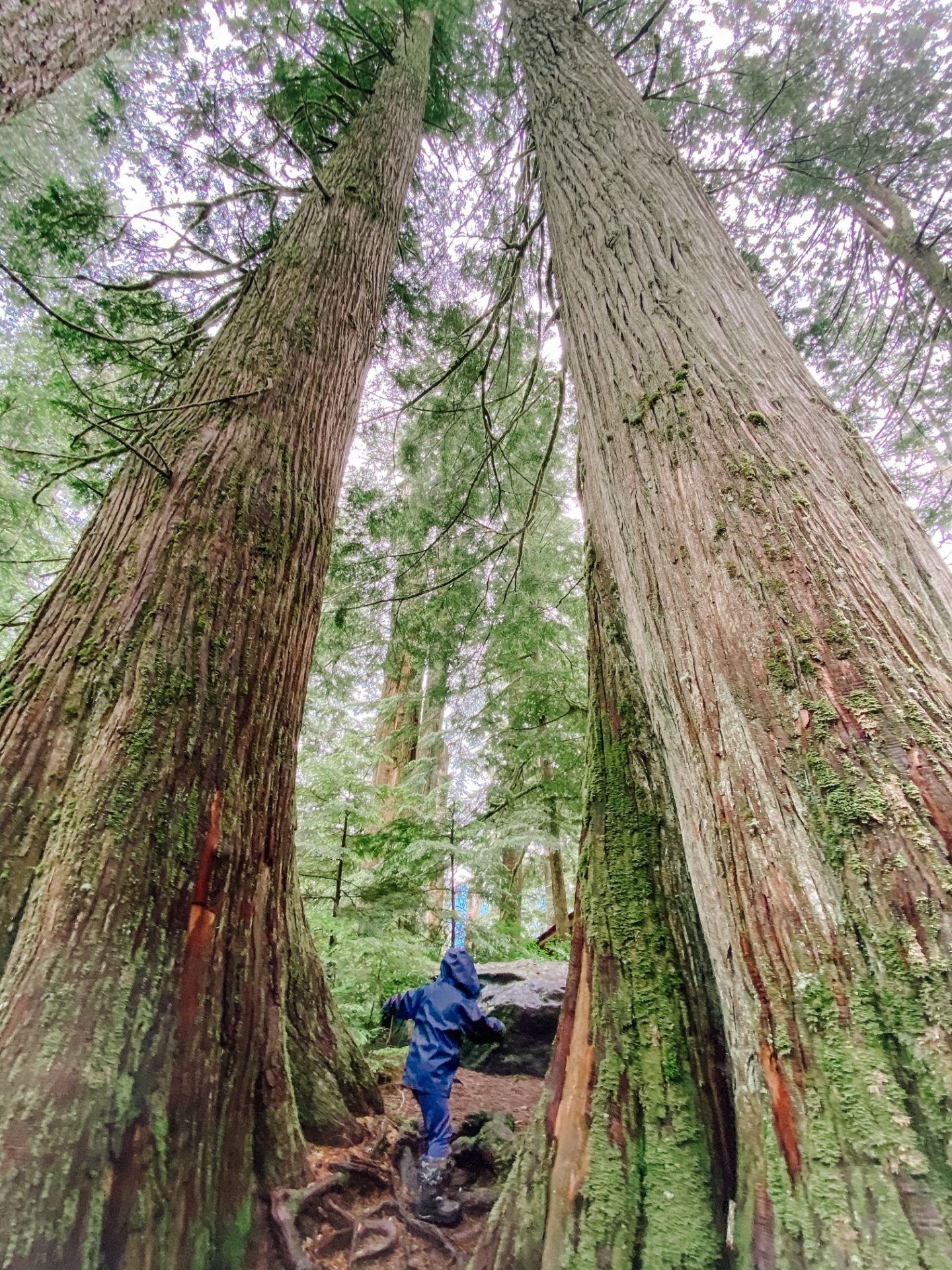 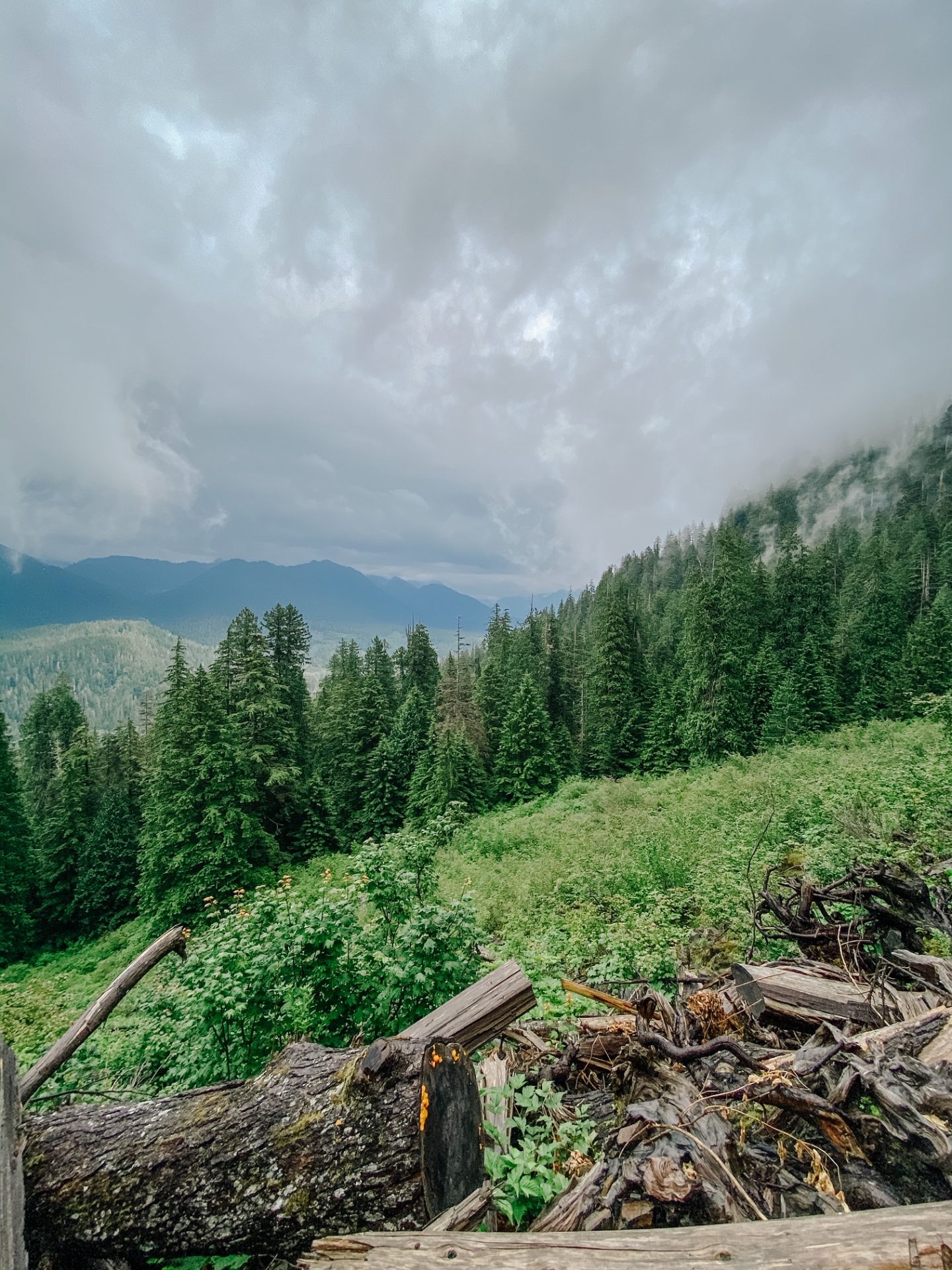 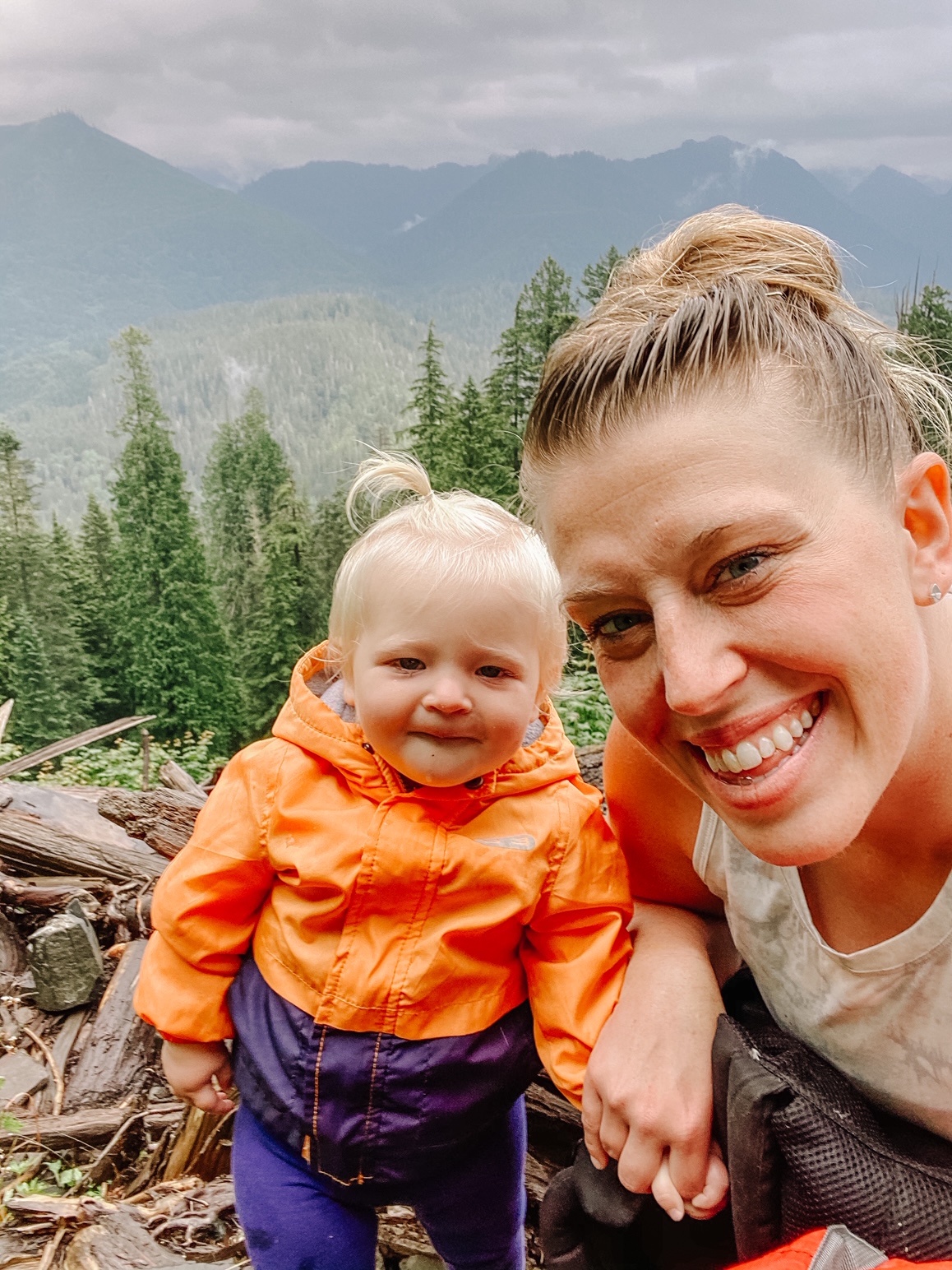 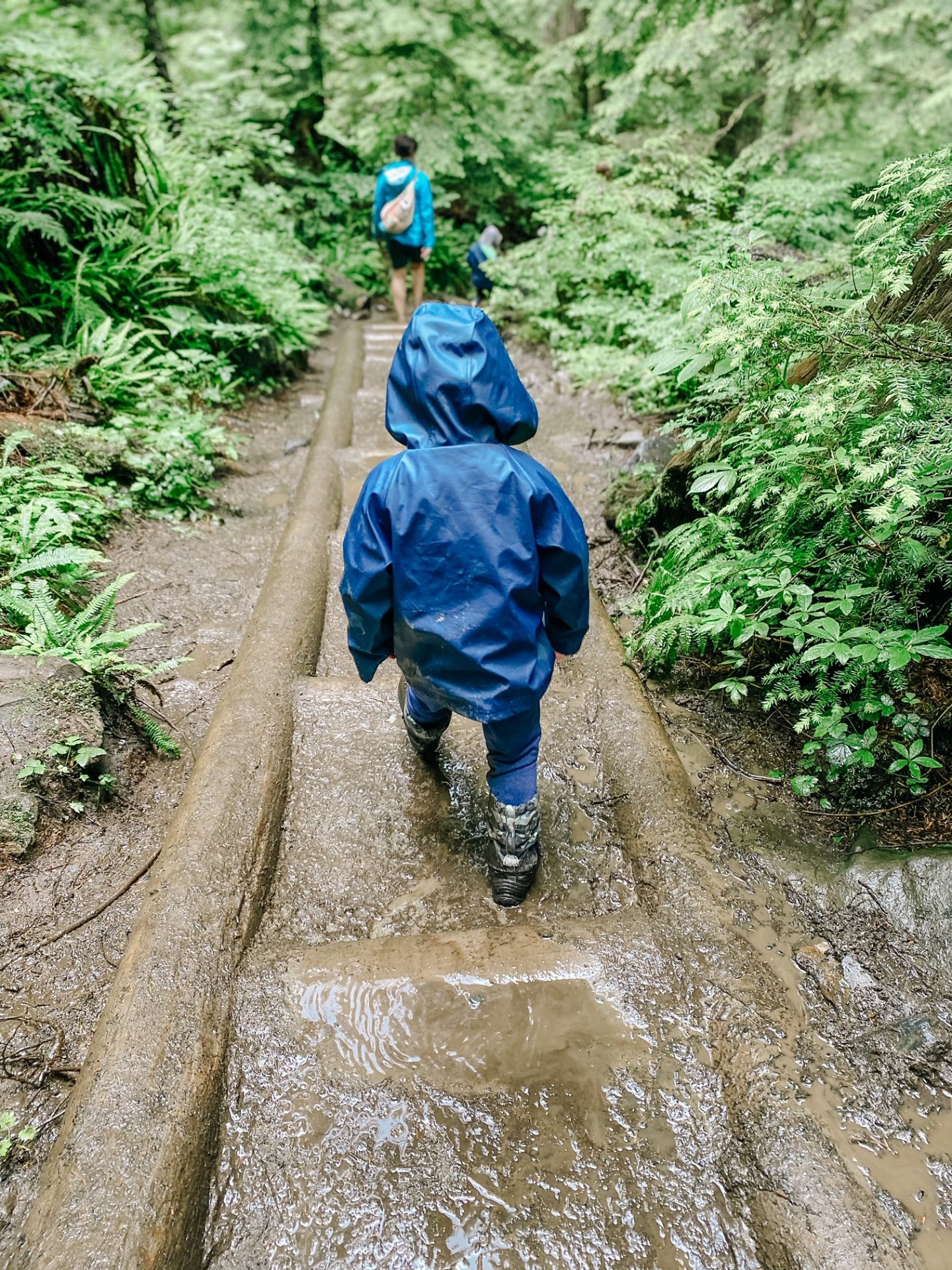 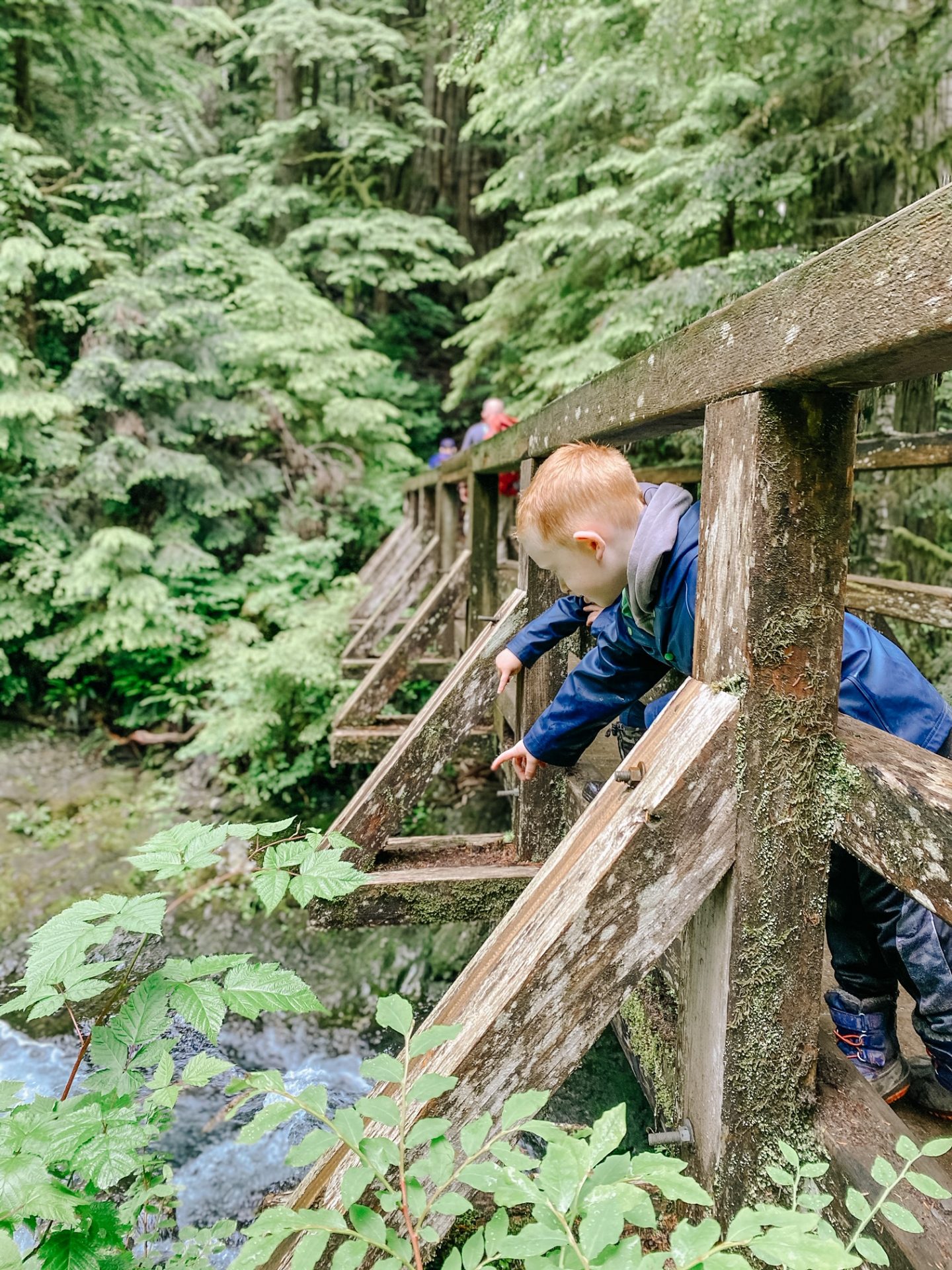 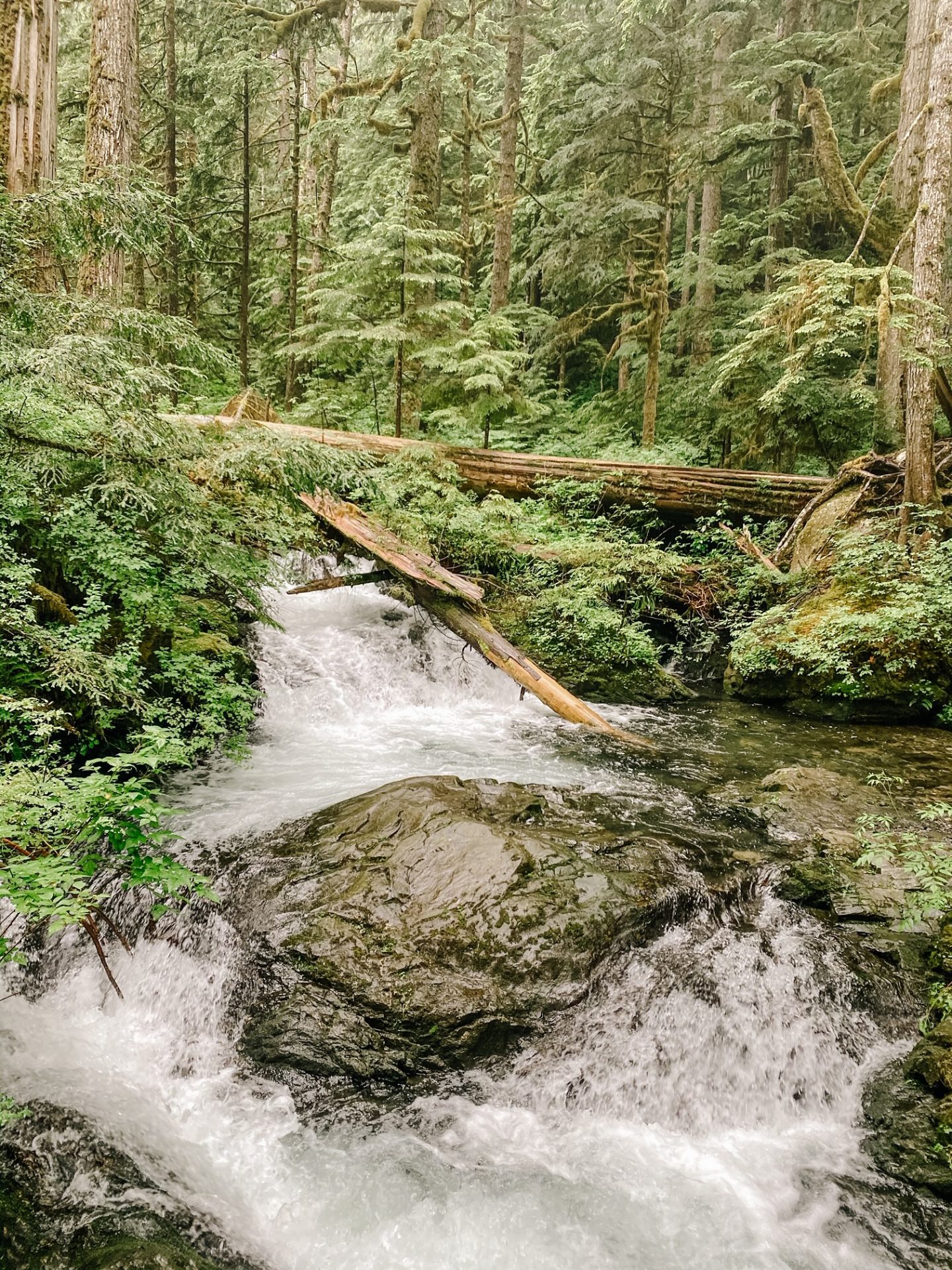 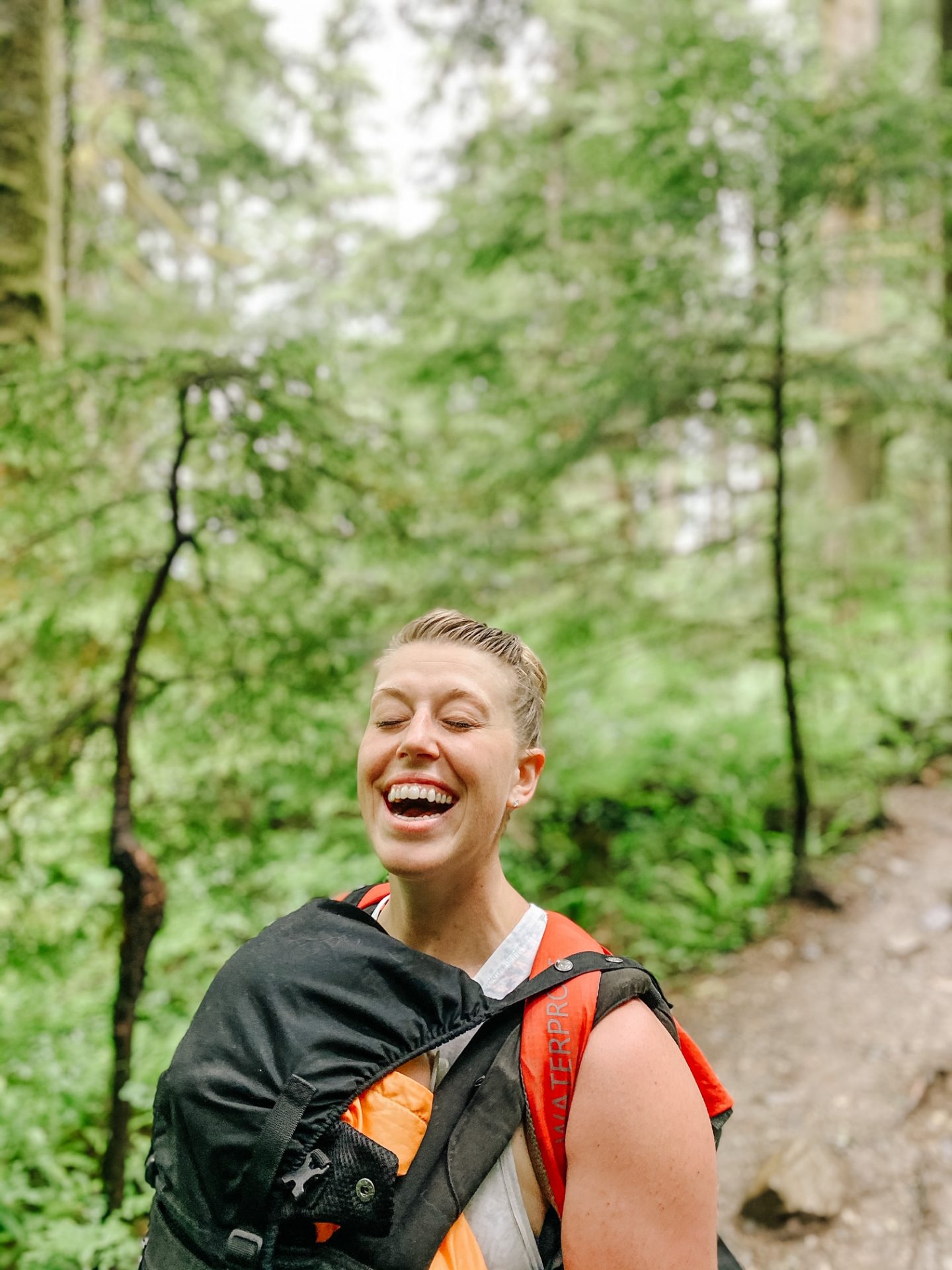 We made it to the rocky climbing section, and I quickly understood their warnings. Though only about .7 miles from Lake 22, the rocks were slippery and treacherous, and lifting the boys over rocks, navigating Danny around corners, and wearing Mieke quickly became too much. I knew the reward at the top was going to be spectacular, but I was worried about whether we’d actually make it to the top. So, I made a judgment call. At just over a half mile from the top, I decided the kids and I needed to turn around. Since they were hungry, I quickly fed them our trail snacks, and we started to make our way back down.

That’s when we started encountering emergency personnel. A large group of them had a stretcher for the woman with the knee injury below, but as we continued down the hike, we encountered more and more and, upon reaching the bottom, we realized they were actually turning people around and prohibiting more people from entering. I asked one what happened, and all they could say was that someone had fallen and they were performing a rescue. I don’t know if that’s the bad feeling I had or what, but I am forever grateful for the impression I had to turn around and head away from the proverbial prize of Lake 22.

I’m not an overly experienced hiker. My kids are just learning. And here’s the thing; there’s a fine line between fostering a love of hiking for them and a building a resentment of it. I decided to err on the side of the former, and I’m glad I did. They don’t remember the bad. They remember the fun parts, and they’re so glad we did it – as am I. It was an adventure into yet another rainforest, and Lake 22 can happen another day. If hiking Lake 22 and Granite falls is on your bucket list, here’s what you need to know:

Trail Length: According to WTA, this trail is 5.4 roundtrip. From All Trails, however, it’s closer to 6.5. Altogether, the kids and I managed 4.7 miles.

Level of Difficulty: This is a solid intermediate hike and, though WTA says it’s kid-friendly, I’d say this hike favors older children who can comfortably hike on their own. Carrying children becomes difficult by the rock face.

Dog-Friendly: Yes, but they must be on leashes, or you will be fined.

Tips: Be prepared for mud and rain. Waterproof boots and shells are definitely necessary. I’d also make sure you have bug spray of some sort, as well as plenty of water and a picnic lunch!