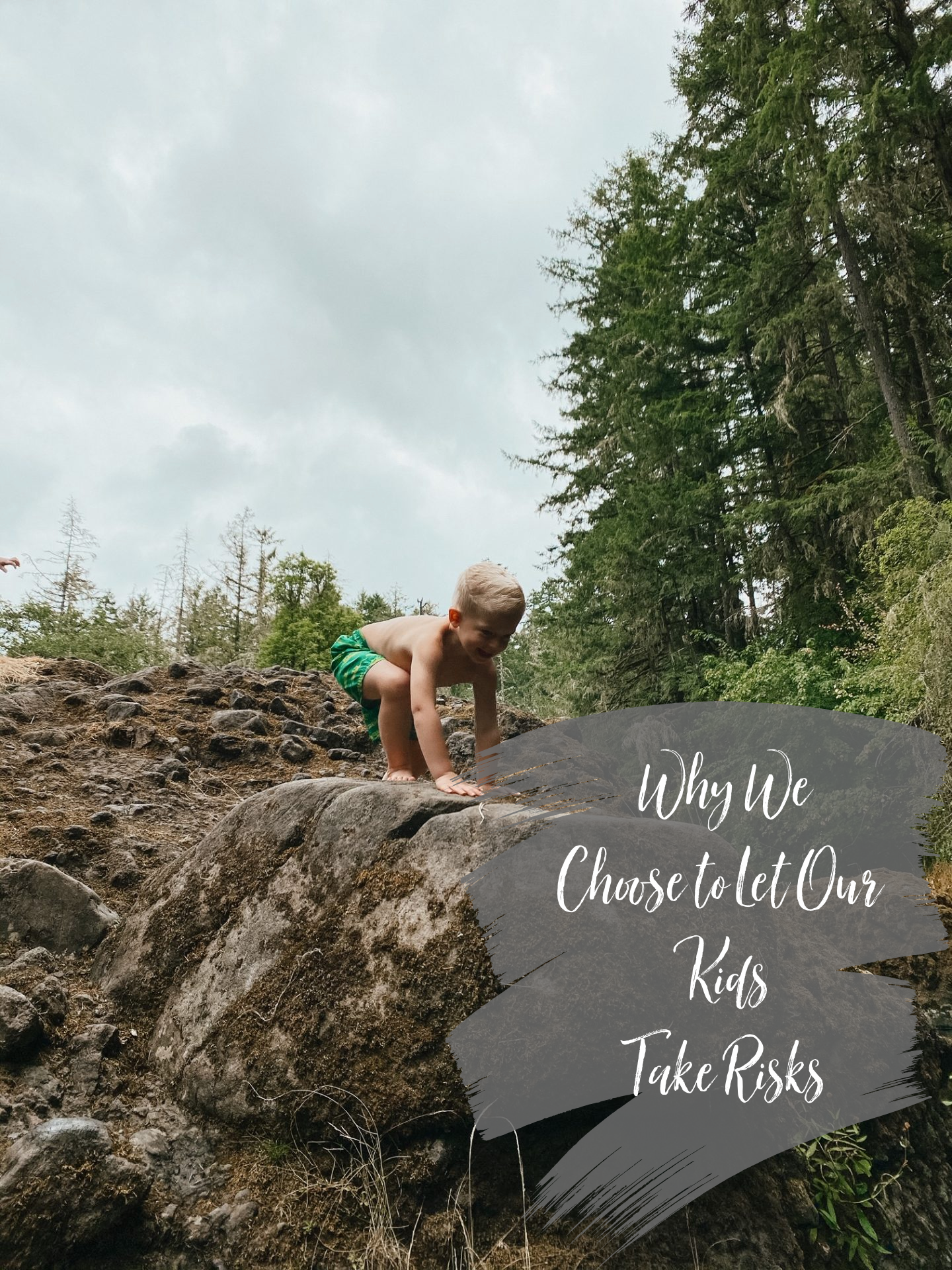 When I was little, we used to spend time each summer at a camp in Maine called Kokosing (yes, the same place I took the kids this summer). In the middle of the camp grounds, there is a large rock called the Grandfather Rock. Sitting right smack in the middle, the Grandfather Rock offered a sort of rite of passage for the kids of Kokosing. As a child, that rock seemed gargantuan, looming over the rocks and roots below, and offering incredible views of Keoka Lake. But there was a caveat to climbing the Grandfather Rock; nobody was allowed to help you get up. If you couldn’t climb to the top of Grandfather Rock by yourself without assistance, you couldn’t do it.

So, you had to practice. You had to grow confident, and you had to take a risk, climbing up the smaller rock next to it – the Grandmother Rock – in order to hoist yourself up on top of the Grandfather Rock. I remember trying so hard to climb that rock and failing multiple times, not understanding why nobody would help me. As a mother now, myself, I understand that that challenge is, in a nutshell, why we let our kids take risks. 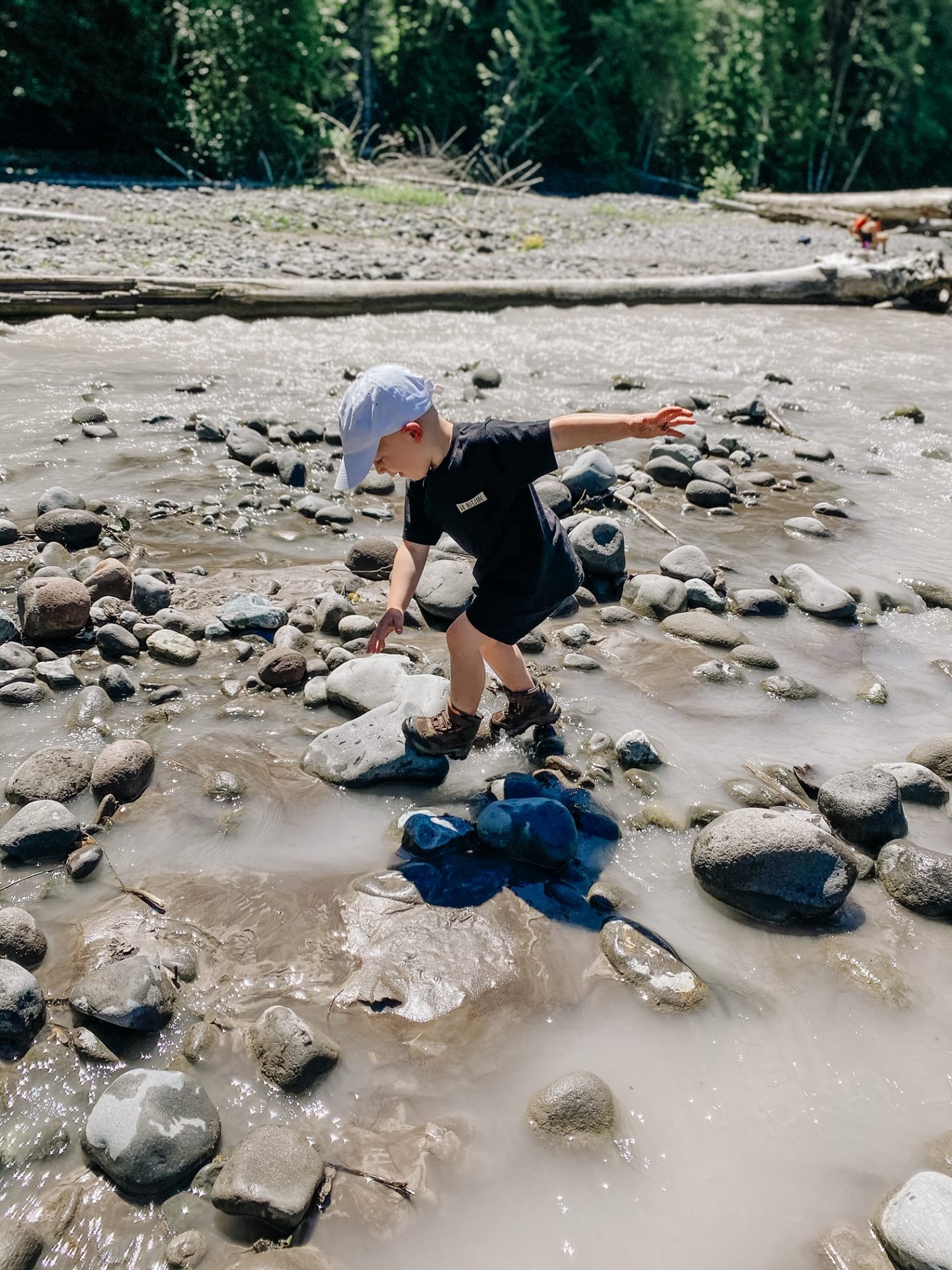 Why We Let Our Kids Take Risks

The Grandfather Rock was a perfect example of the importance of risky play for kids. Risks are important in the fundamental growth of character in children, and it’s something that, as a parent, I’ve had to grow comfortable with. When I was finally able to brush off the scrapes and learn how to climb the Grandfather Rock by myself, I became more confident. I was more eager to challenge myself to do new things, and I was far more willing and able to work towards those goals.

I’ve had a few comments on my instagram regarding our willingness to let the kids jump at Deschutes Falls, letting them swim in cold water, and allowing them to do other risky things while stepping out of the picture. As parents, Ryan and I believe that it’s our job to protect our kids from harm, but it’s not necessarily our place to protect them from any and all risks. Risky play, within reason, builds character. Through risky play, our kids learn their limits. If they don’t take risks, play becomes boring, and if the risks become too big, play becomes scary. So, by engaging in those different play styles, our kids determine their level of comfort on their own without our dictating it. The biggest reason why we let our kids take risks though is because it helps them build self-confidence and engage in their own risk-management skills at an early age. So, how do we determine how to let our kids take these risks within reason?

1. We remove our own fears from the equation.

I’ve found that, more often than not, my kids’ fears come from my own. If I’m scared of them walking across a log on a stream and I second-guess them, they begin to question their own abilities. Instead, if my child feels confident in their ability to do something and, within reason, it’s safe, I let them do it. I encourage them, and I remove my own fears from the equation and let them make that choice for themselves.

2. Teach – but without hovering.

As a mother, I discovered that my first instinct is to tell them to stop. “Don’t climb so high.” “Don’t go too fast, or you’ll get hurt.” Those statements dictate my level of comfort and, in turn, hinder theirs. Instead, I do my best to step back and observe what they’re doing before commenting. That way they can learn how to handle a situation, how to react to a situation, and I don’t get in the way of their learning. I give them the opportunity to pass or fail on their own. 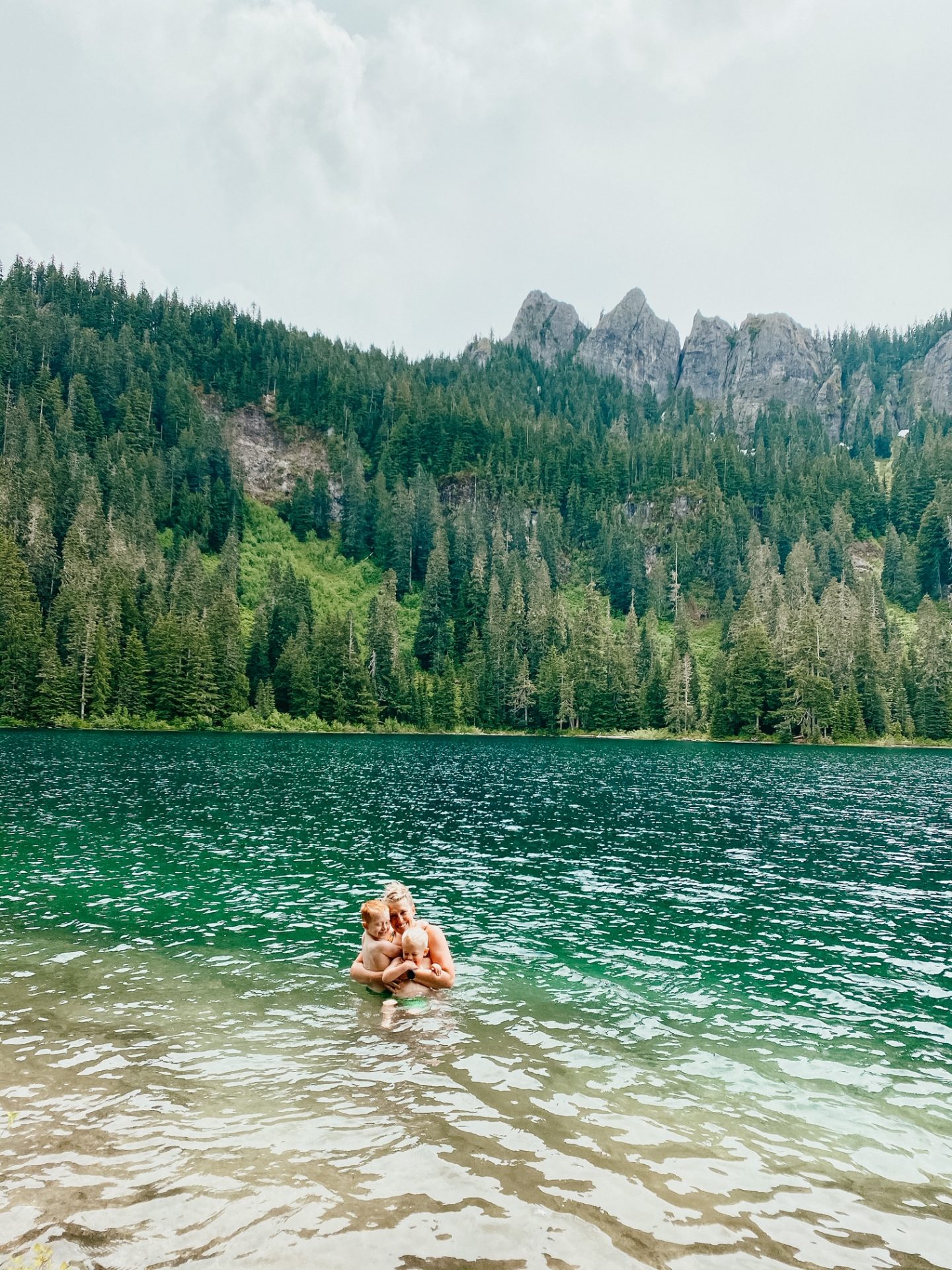 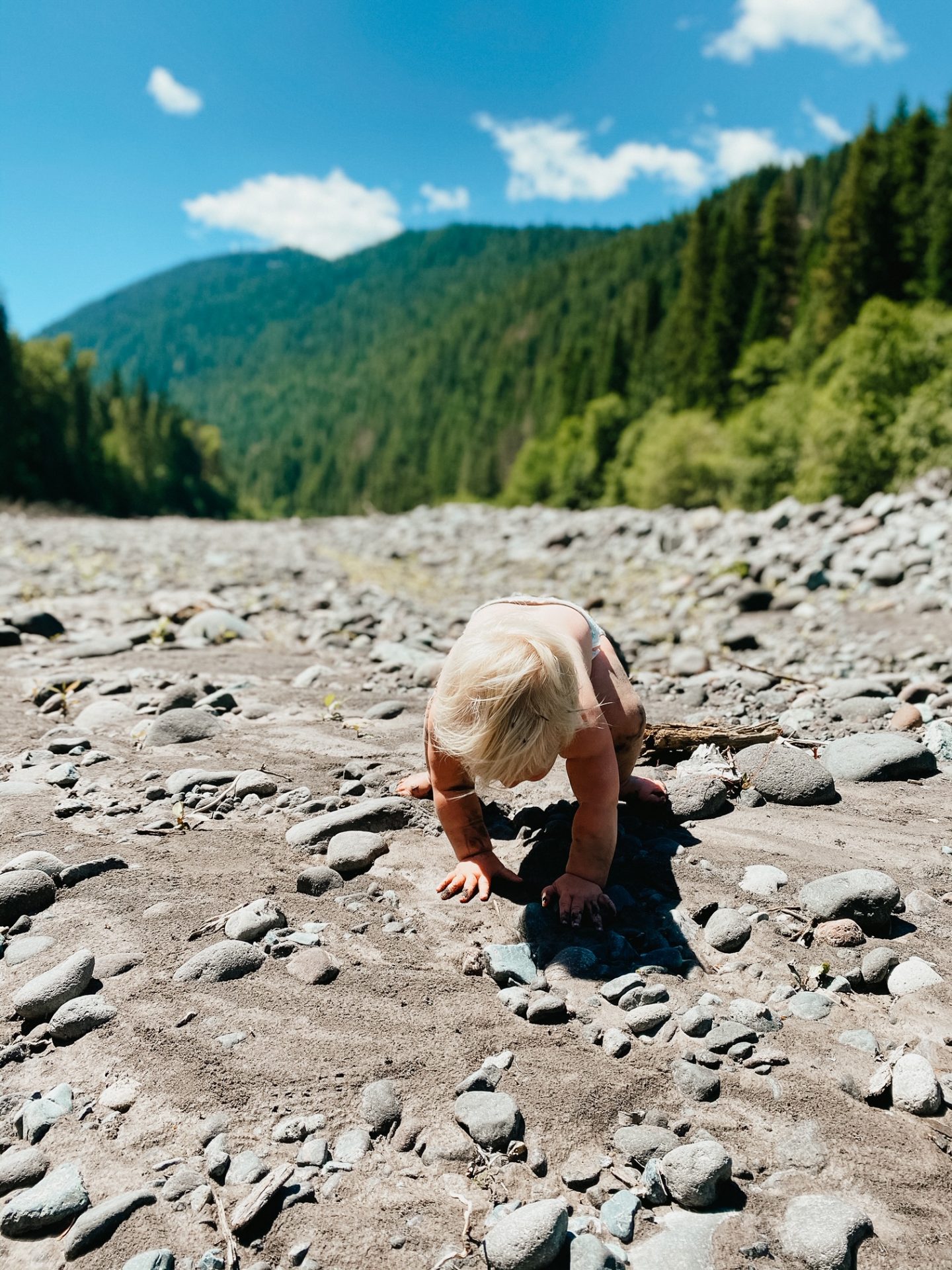 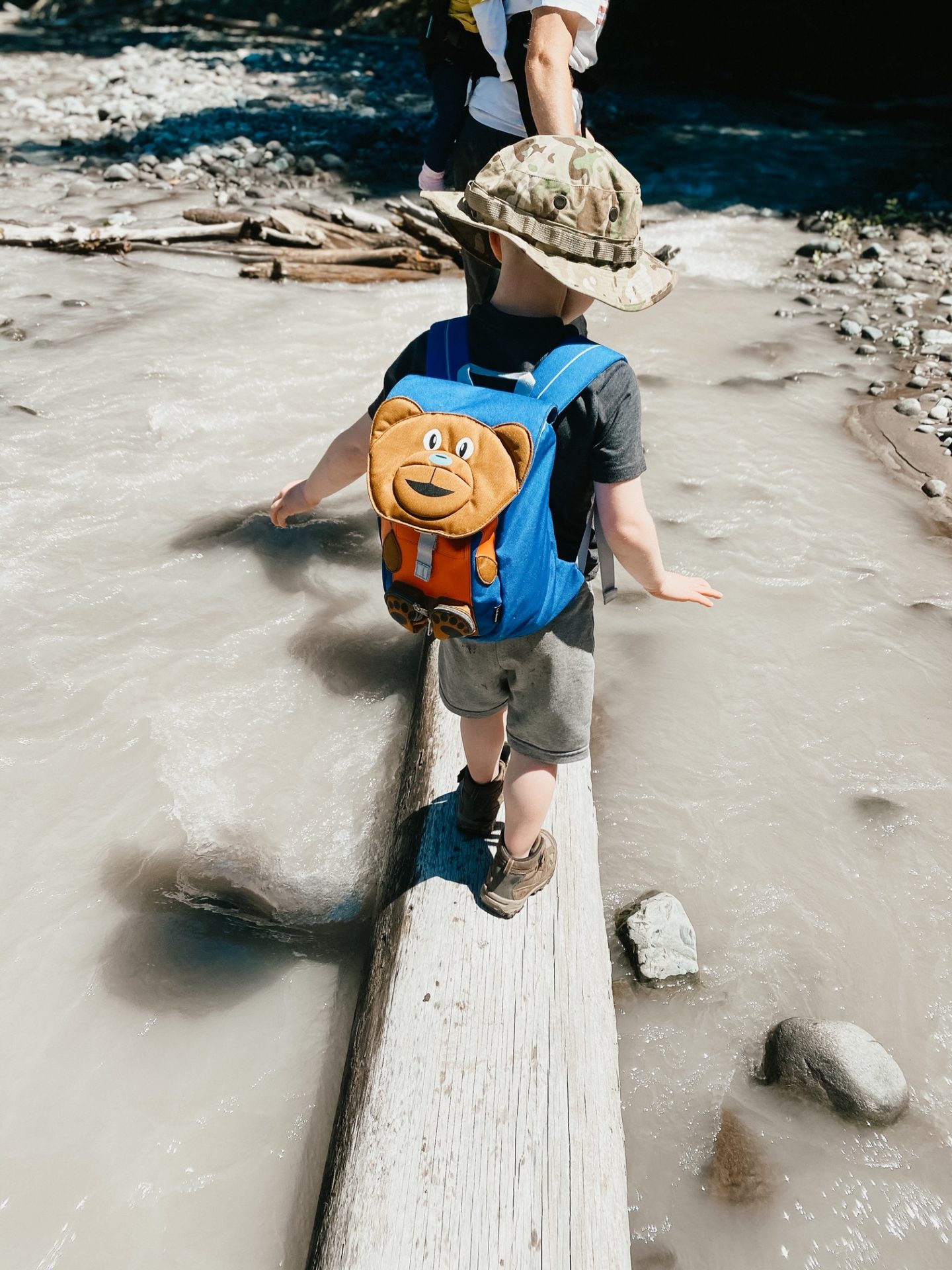 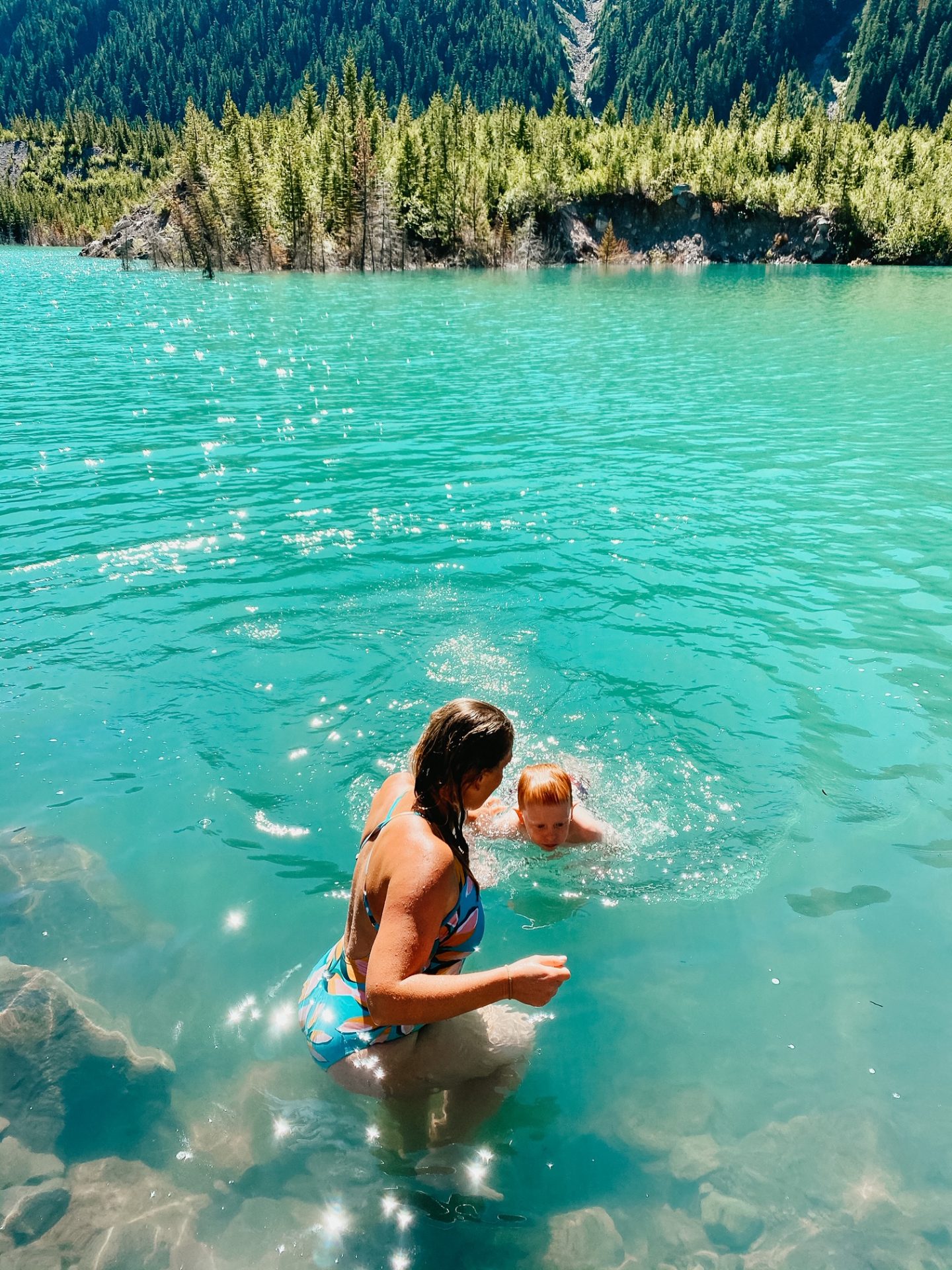 3. Remember that safety is relative.

I read something that stuck with me once. Safety is relative to the obstacle at hand. Whenever possible, we should choose “as safe as necessary” rather than “as safe as possible.” For example, if there are thorn bushes in front of my child, I’m not going to remove the whole thorn bush. I’ll warn them that the bush has thorns, show them the thorns, and allow them to navigate around them. If they aren’t comfortable doing so, they won’t. If they are, they will. Conversely, if we’re talking about a street full of moving cars, I will 100% intervene. It’s a balance of risk and benefit.

I’m not talking about completely unsupervised play. I am, however, talking about providing my kids with an appropriate environment in which to play by themselves, then letting them run, jump, and test their limits. When we were camping a few weeks ago, I was terrified that they were going to fall down the mountain, but kids are far more perceptive than one might think. If they got too close, I’d remind them to back up, but beyond that, we let them do their thing. They learned the boundaries by themselves, and they did what they were comfortable with. Because of this, they knew when they wanted help, when they needed help, and how to do things properly.

Above all else, risky play lets children learn to identify their own physical and emotional limits. It allows them to test and challenge those limits, and it boosts their resilience. Without risky play, we remove an essential decision-making skill and we settle for what’s become a very risk-averse society. As parents, we believe risky play is important, and it teaches them to do big, bold things. So, if you see my kid jumping off a cliff like they did at Deschutes Falls, know that we let him make that decision for himself, cautioning him, and letting him challenge himself within reason. Then, we were there to help them as needed.

Tell me – if you’re a parent, do you believe in risky play? Why or why not?