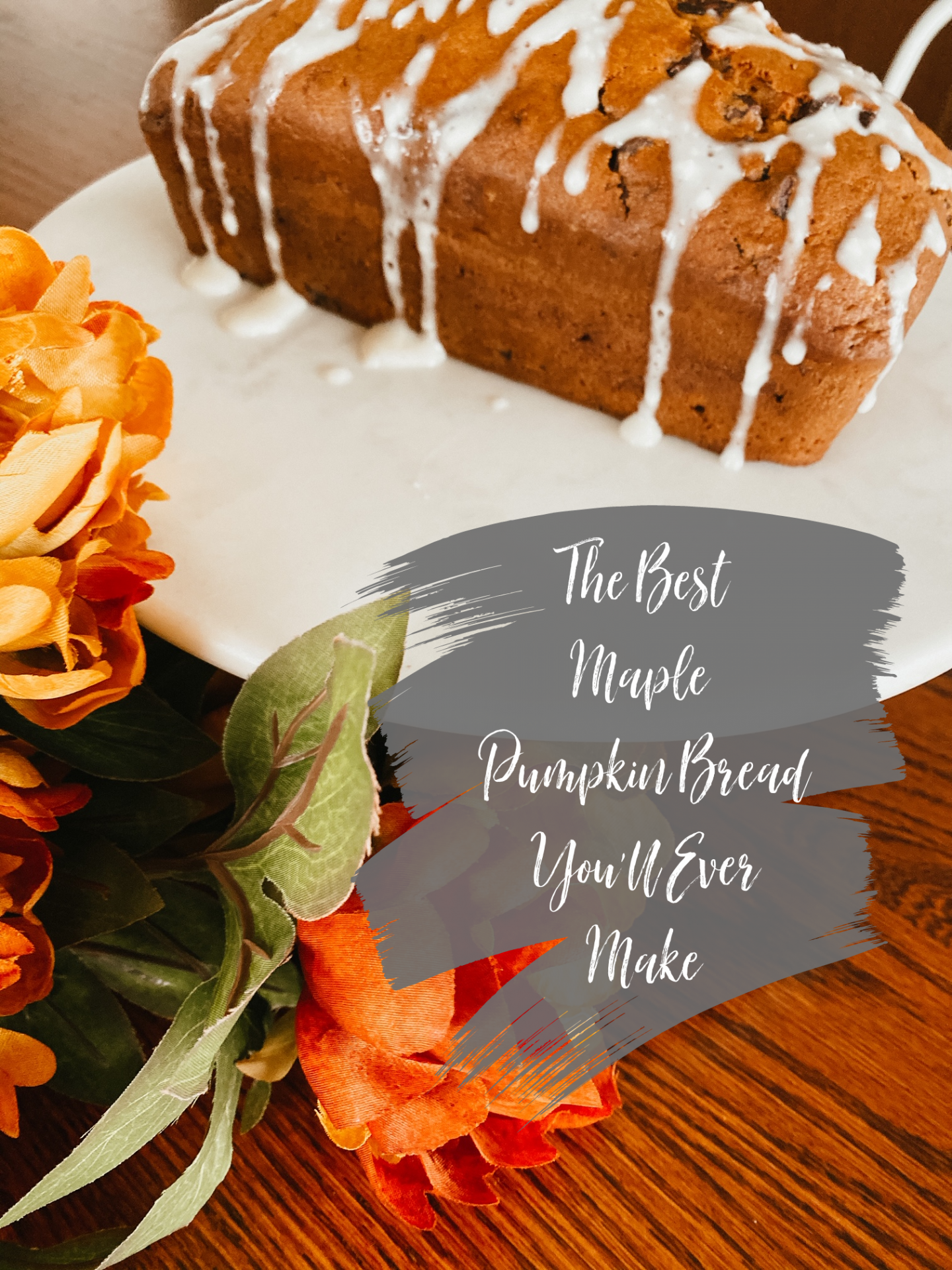 Whether I want to admit it or not, fall is just around the corner, and I’m beginning to come to terms with the fact that I need to accept that…and probably sooner than later. Despite the wildfires that continue to rage out here and the blanket of smoke that’s covering everything, we’re noticing that the leaves are starting to change colors slowly, and the temperatures are slowly but surely dipping further into the low 50s in the evenings. The sun is setting sooner, and the mornings are dark and nippy. Basically, as we remain fairly trapped indoors, we’re coming to the realization that it’s getting closer to pumpkin time and, as such, I’m leaning into baking fall treats, like the best maple pumpkin bread recipe you’ll ever try.

Now, let it be known that I really don’t love all things pumpkin. I hate PSLs, and I think that most store-bought pumpkin treats are too sweet. This maple pumpkin bread recipe is the perfect blend of sweet, spicy, and ooey-gooey, thanks to the rich pumpkin puree whipped into the batter. My kids love most of my homemade treats, but their favorites have always been the cupcakes I make (like these ones). By blending in dark chocolate chips and drizzling it with a light icing though, I was able to convince them it was worth a try, and it was a hit! So, today, I wanted to share this super-easy recipe with you in case you want to add it to your fall baking repertoire. 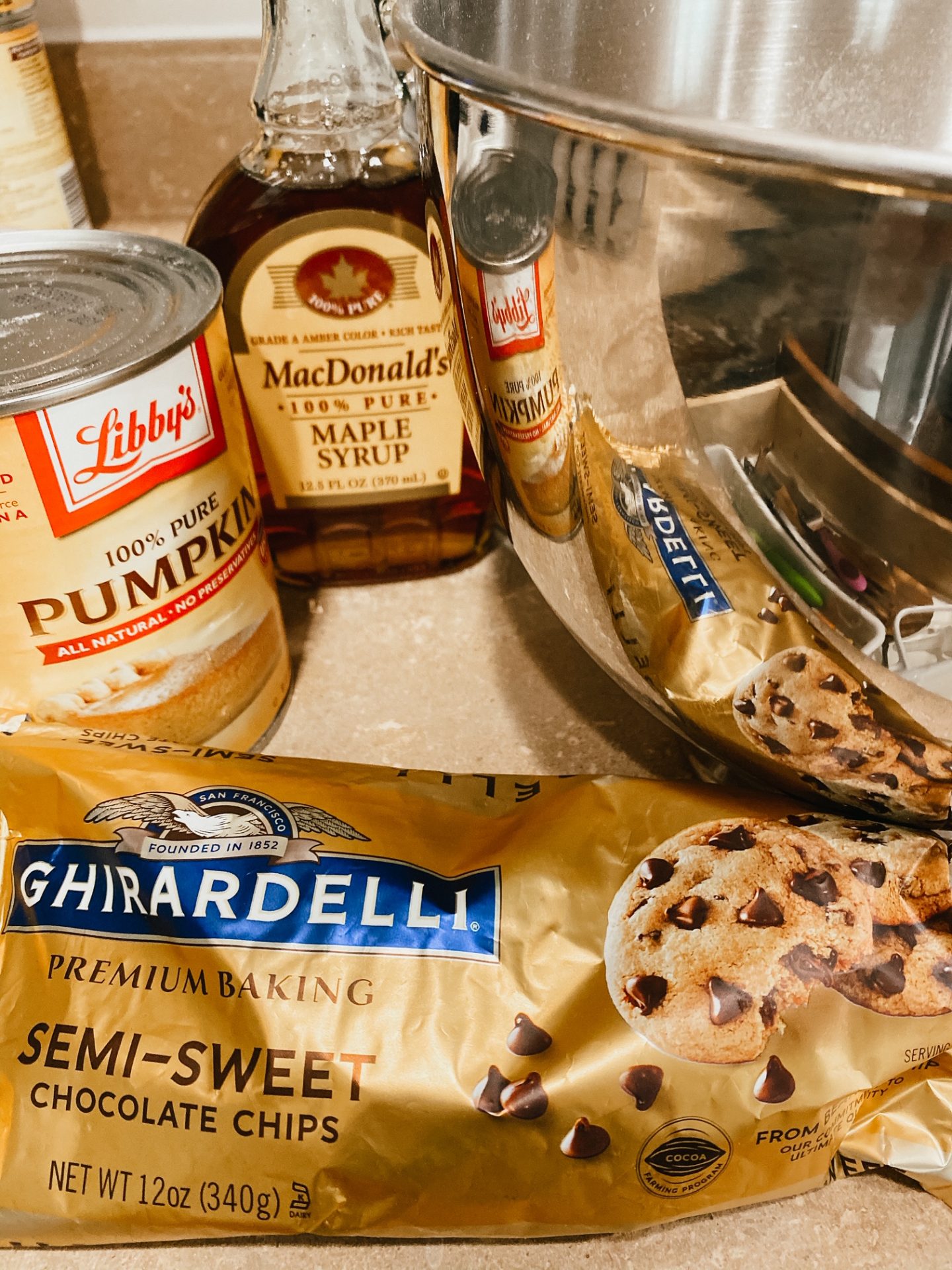 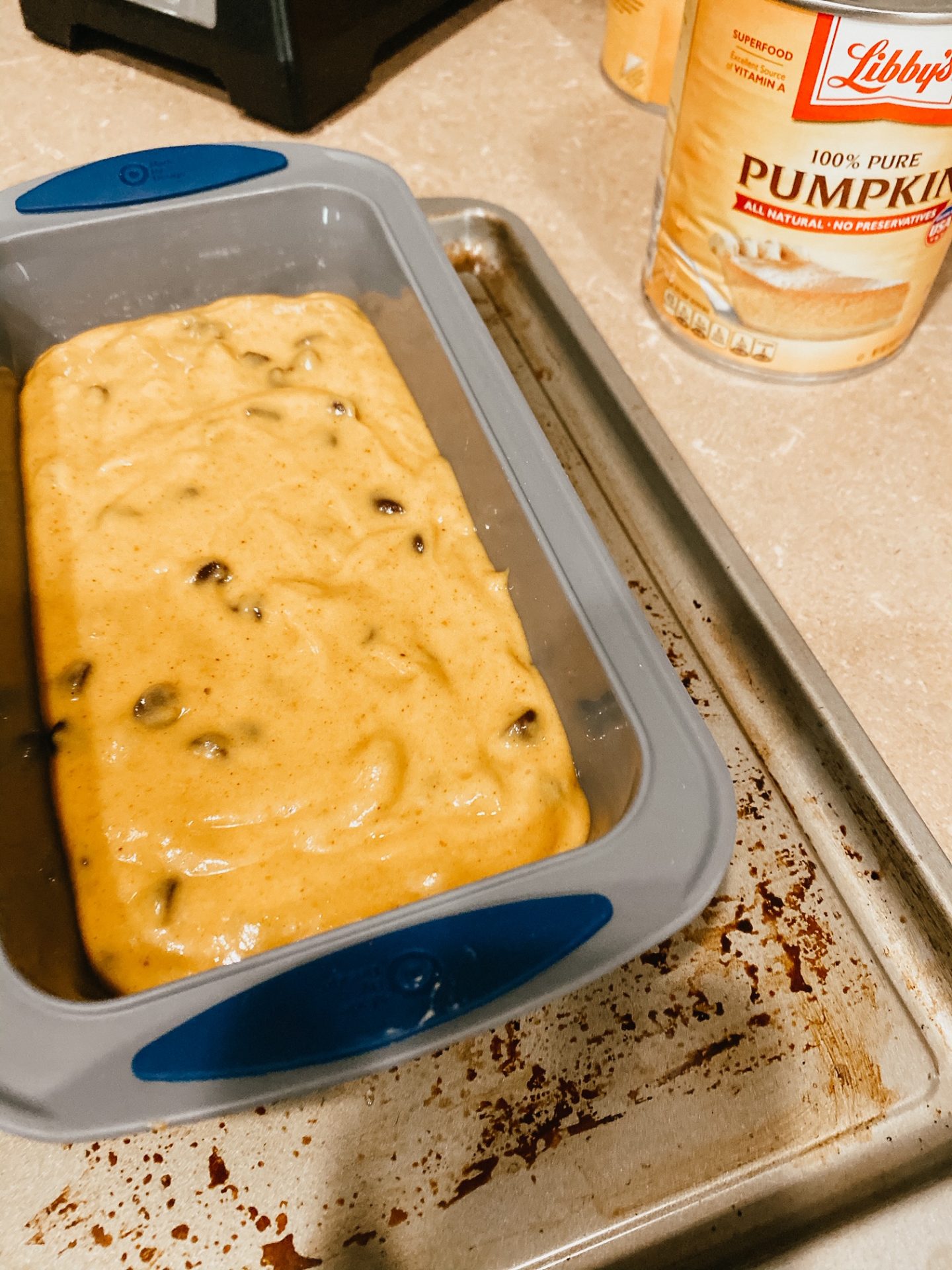 Now, when I set out to bake this, I only planned to bake one loaf, but I found that making a larger recipe that resulted in three loaves was actually better because I could bring some to friends and neighbors, too, without any extra effort. Doubling and tripling this recipe is ridiculously easy, so I just went ahead and made it large enough for three full loaves. It stores well, too, so why not? Want to try it for yourself? Here’s what you’ll need: 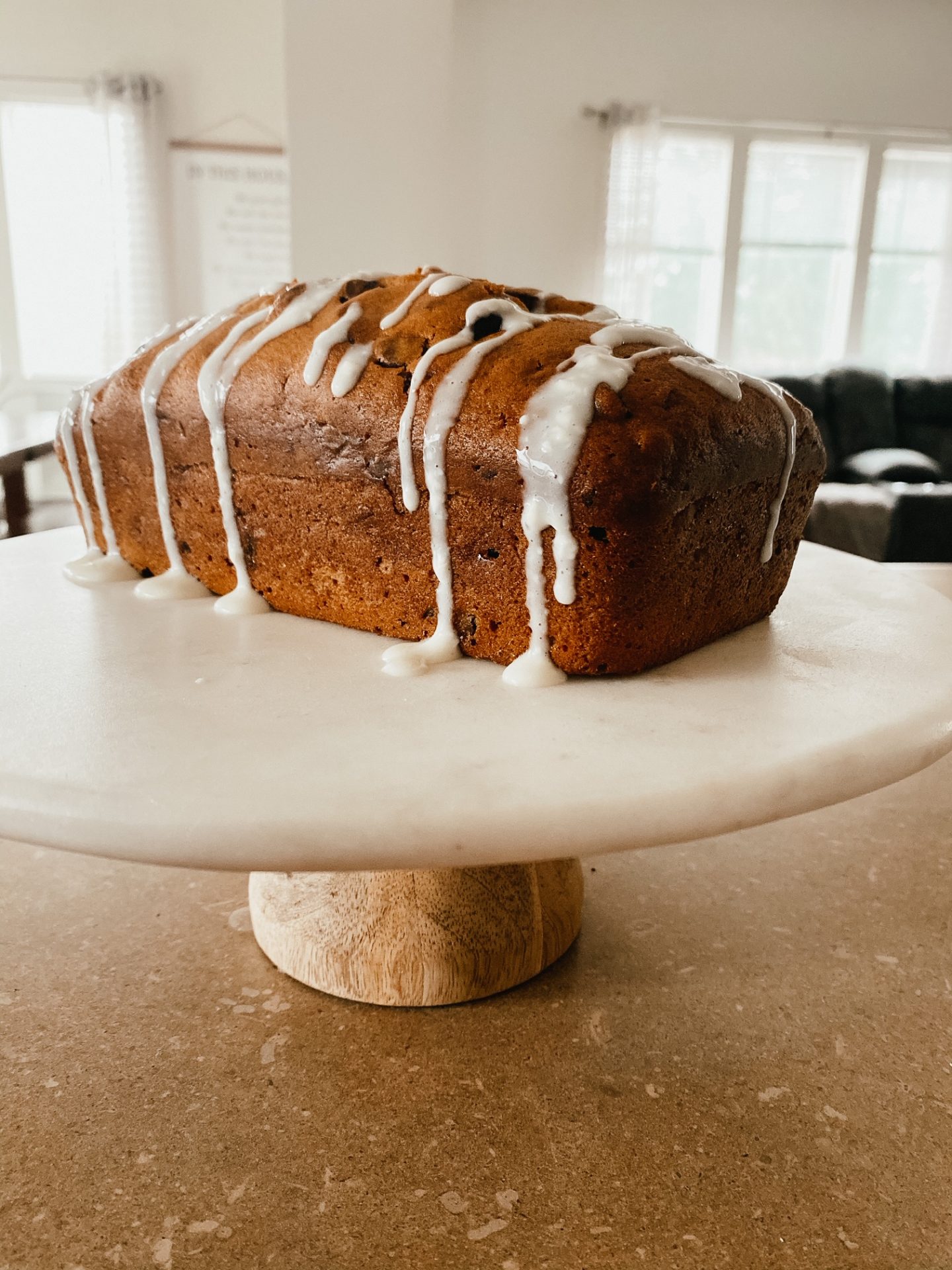 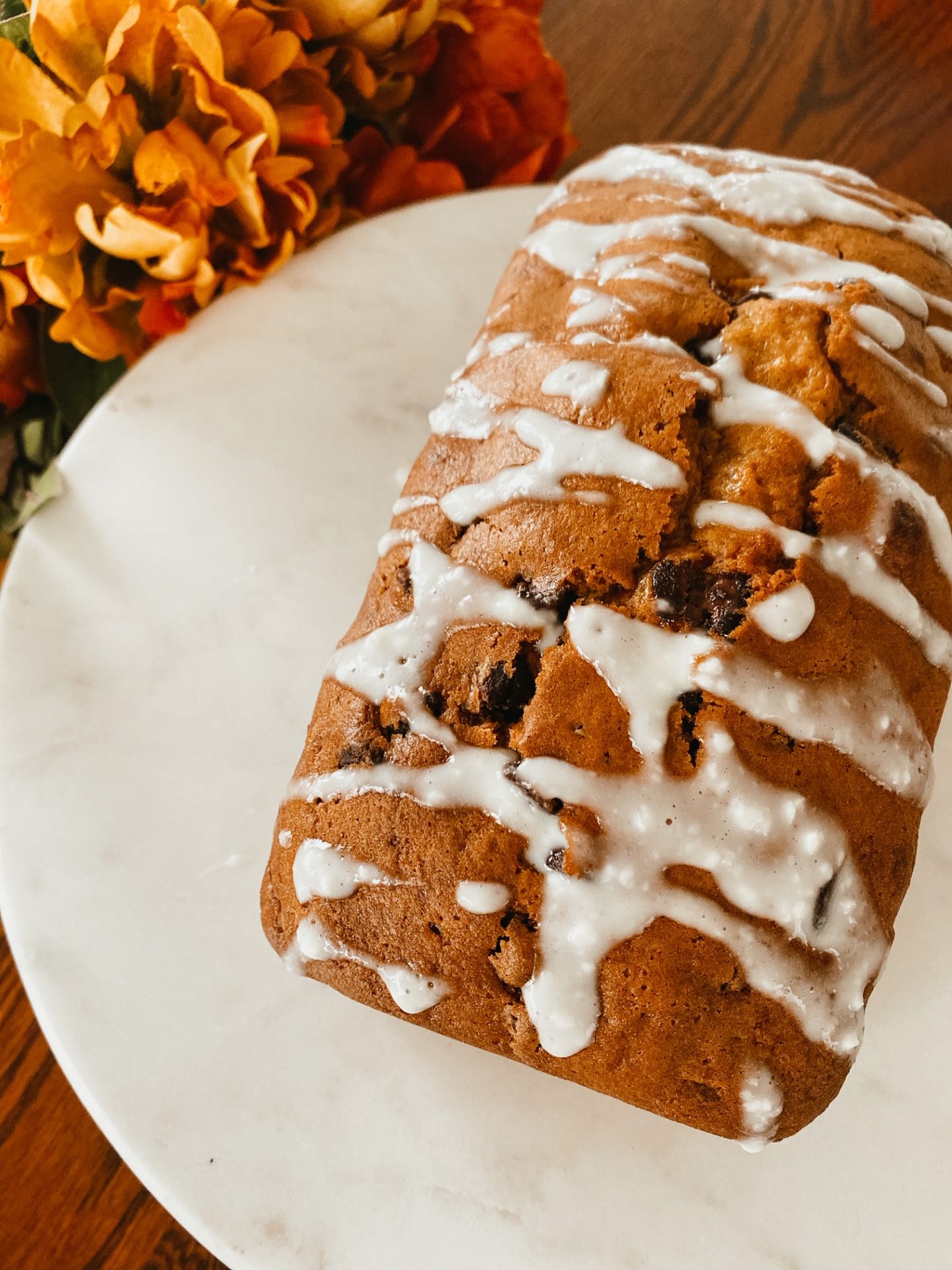 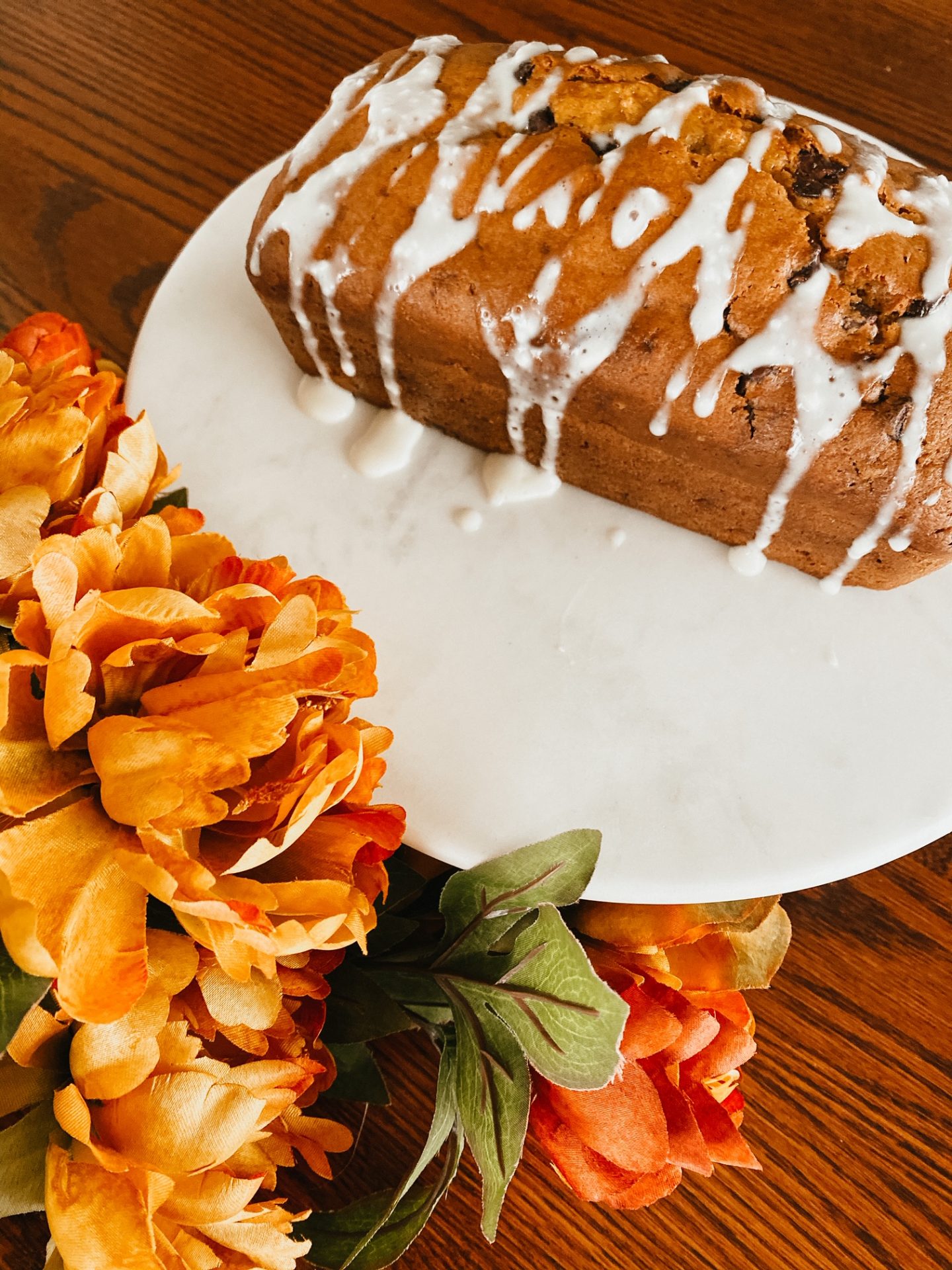 Honestly, there’s a couple of ways you can go about this. I’m pretty much a dump and go kinda baker, meaning I just throw everything in the mixer and hope for the best. The general rule of thumb, however, is that you should combine dry, then wet, until they’re beautifully blended. I’ve found it works either way, and you can’t really go wrong. Nevertheless, here are the basic steps you should follow:

Honestly, it’s ridiculously easy to make and follow the best maple pumpkin bread recipe, and I figured that it was a good time to share this treat as we head into cooler months that call for more baking and more treats! Plus, I mean, can you go wrong with pumpkin?

Tell me – do you like pumpkin treats? What’s your favorite?