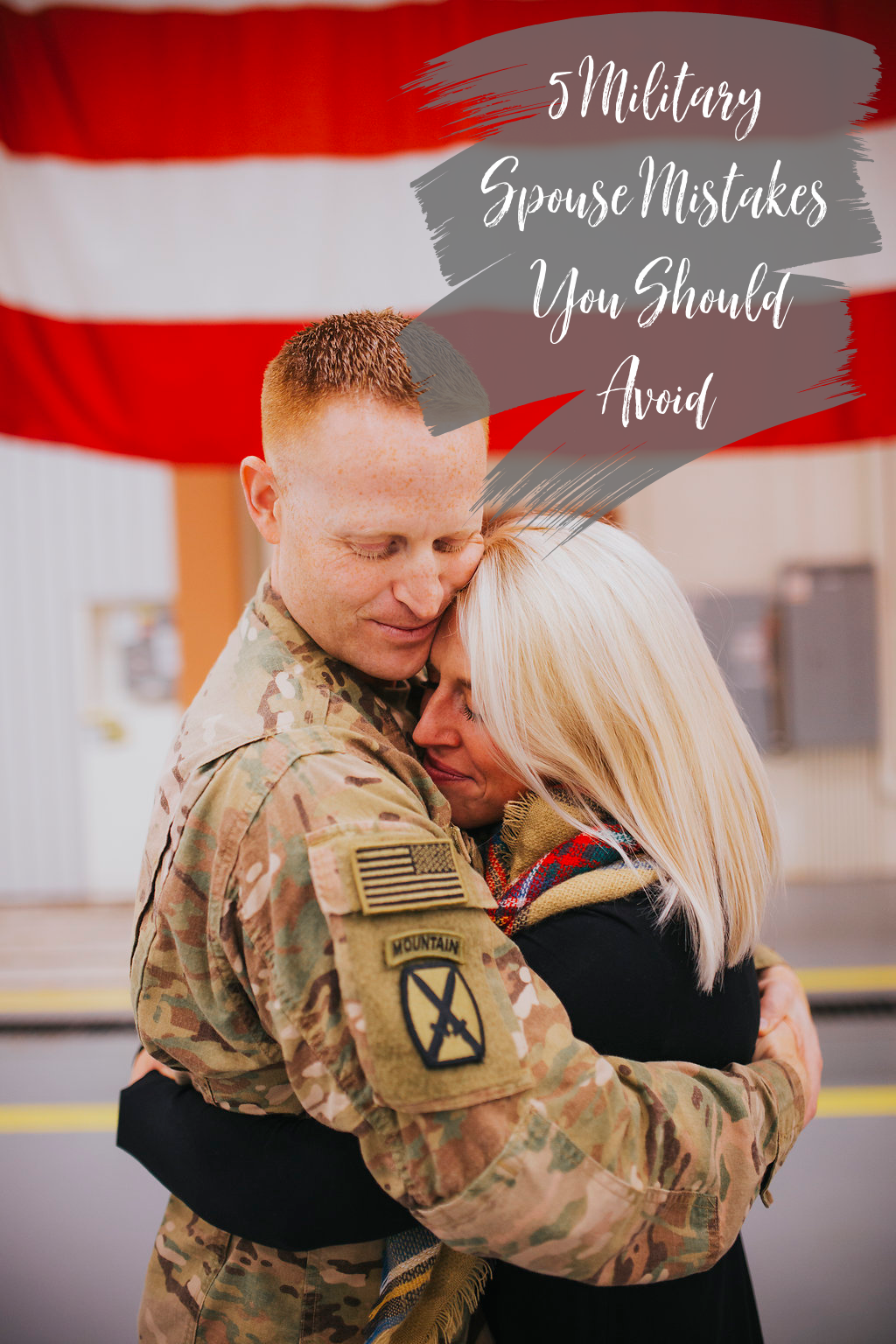 I’m at this weird point in our military/marriage/Army wife journey where I don’t know that I’m necessarily seasoned enough to share sage wisdom, but I’ve also learned a lot. Most of what I’m learned has been fantastic snippets of wisdom from other seasoned military spouses – people who’ve been doing this far longer than I have – who’ve imparted their hard-earned knowledge on me. I feel like I should say that everything that’s been shared with me has shaped me in some way. It’s given me an opportunity to do and be better at this crazy military spouse thing, and I feel like it’s almost my duty to share the wisdom that’s been shared with me along the way. That’s why I want to share 5 military spouse mistakes to avoid.

When Ryan and I first got married, I’ll readily admit that I had zero idea what I was getting into. Sure, I knew we’d move a lot. I knew he’d be gone a lot. I knew that when we started a family that I would likely be raising the kids alone a lot. I don’t think, however, that I understand the enormity of it, and I was pretty much useless. I failed in a lot of respects those first three years, and these bits and pieces of advice have, as a whole, transformed my mindset and approach to military life. I’m not perfect (far from it, in fact), but I’m a lot better than I was a few years ago. So, onto sharing.

It can be super tempting to dive headfirst into things without thinking of the ramifications. Do you have time to commit to everything? Do you have the emotional space to commit yourself to something? You do not have to do everything and, in fact, sometimes it’s better to do only the things that you have physical and emotional space for. You don’t have to join the meal train, participate in the FRG, or attend every hail and farewell. It’s a super easy way to burn yourself out and become jaded. It’s okay to be selective.

It goes without saying that, just like you don’t want to always say yes, it’s not good to simply say no to everything either. Stepping out of the picture entirely can be extremely isolating, and it can lead to a lot of discontentment. Again, be selective. I put my foot down and said I don’t have the space in my life to be involved in every troop activity. I’m happy, however, to serve and participate when I truly can – without going overboard. 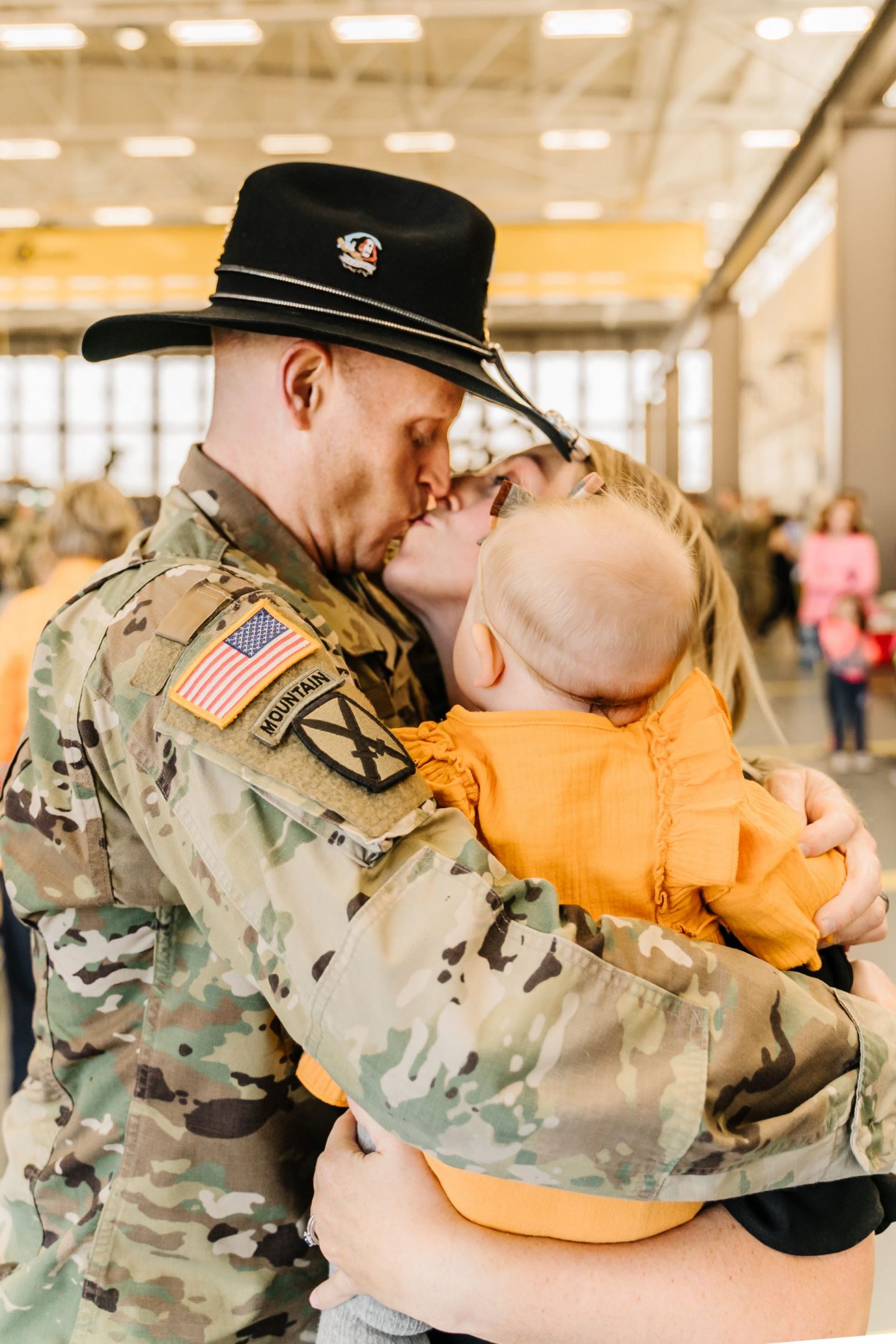 3. Being the Negative Nancy

I’m ashamed to admit that I have definitely been guilty of this in the past. When we lived at Fort Drum and endured the deployment from hell, I’ll readily admit that I became the victim, and I lived in a victim mentality. Yes, everything that could have gone wrong did go wrong, but it’s also a bit of a self-fulfilling prophecy. If you invite the negativity into your life, it will breed negativity, and it’s sort of just a downward spiral from there. I make a point to seek the good now even at a challenging duty station that neither Ryan nor I love.

4. Taking Yourself Out of the Equation

It can be really easy to lose yourself in military life. There are a lot of aspects of this lifestyle that challenge a military spouse’s identity. A lot of abundantly qualified spouses have to put their careers on hold in favor of less-than-ideal labor simply because they can’t get new jobs in their fields at new duty stations. Many spouses become overburdened by the task of filling the role of solo parent while their spouse is gone…a lot. If there is one thing that military spouses absolutely need to invest in, it’s self-care. You need to remember that YOU are important, too.

5. Planning & Putting All Your Eggs in One Basket

Who else out there is guilty of this? Just me? Okay. Well, it goes without saying that the military has a reputation of not offering any sort of consistency or transparency throughout the process of, well, anything. With our PCS next year, we’re in a proverbial holding pattern. Ryan’s marketplace opens next week, and it can be so tempting to start planning, but we don’t know for certain where we’re going. We have to be willing to roll with uncertainty, be ready for change, and be ready for the military to throw us for a loop. We once had orders to Germany. We went to New York instead. Flexibility is absolutely paramount to this lifestyle.

Honestly, there is a massive learning curve to military life, and I think that when you open yourself up to learning as you go, it can be really rewarding. I’m blessed to have met so many amazing women and men along the way who’ve taught me a lot, coached me through chaos, and supported me when I’ve been down. I’m endlessly grateful for those lessons because I think I’d be lost otherwise today.

Military spouses – tell me…what am I missing on this list?