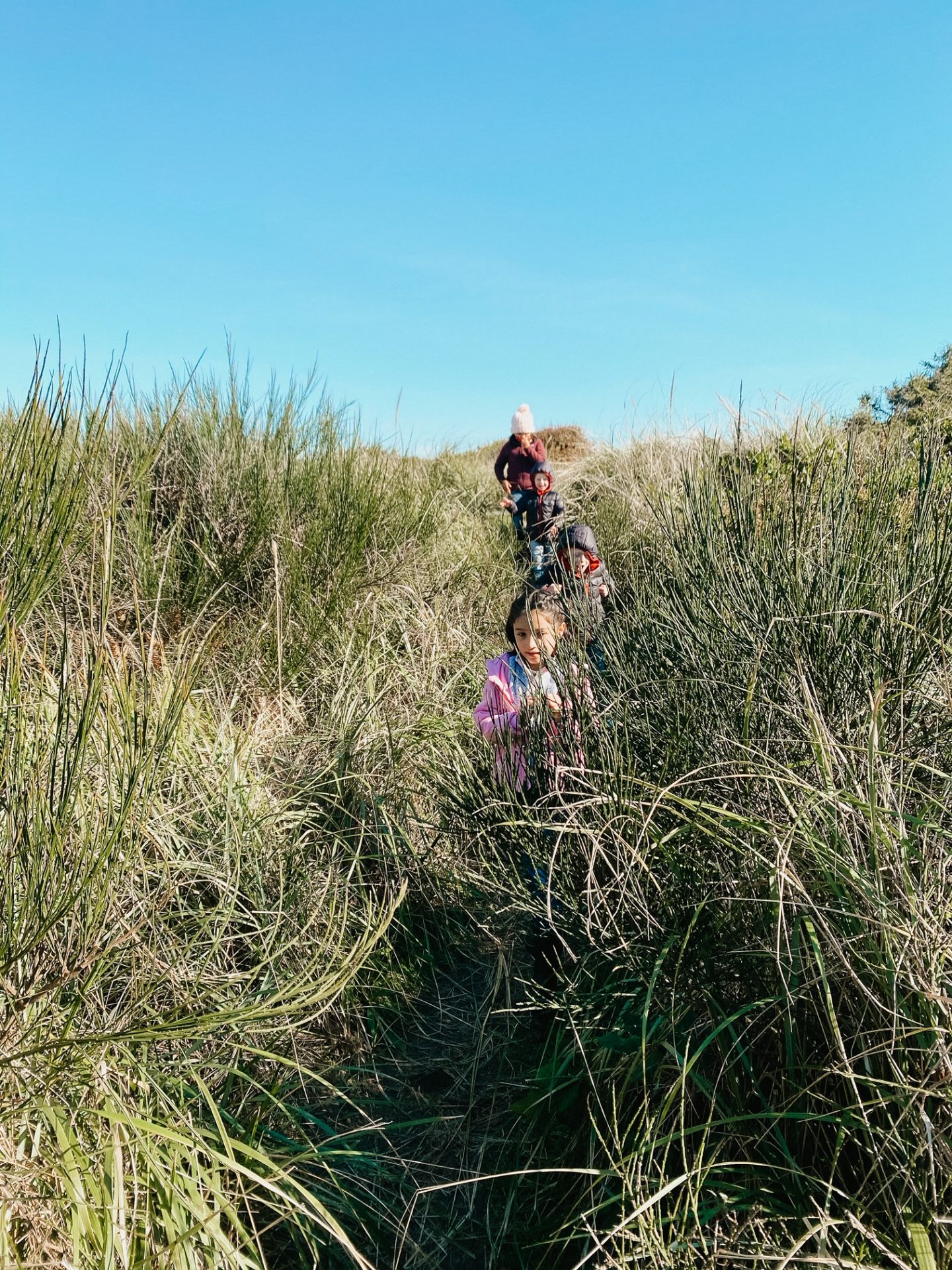 Who says that beach days are solely reserved for the summer months? Fun fact…we actually really enjoy chilly fall days on the Pacific Ocean, simply  because it’s a beautiful way for us to escape the crowds and soak up the little bit of sun remaining this season. There’s also something so beautifully peaceful about the ocean all year around. We didn’t make it to the Pacific Ocean last year – in large part because Mieke was just born and because Ryan was deployed – and we spent more time hiking and camping this summer than ever before. I didn’t want winter to roll around without a trip to the beach though, so we decided to pack up this weekend and head out to Westport Light State Park, a beautiful pacific beach not far from Ocean Shores.

Honestly, I don’t know why we haven’t gone to the beach more often. Westport Light State Park is just over an hour and a half from JBLM, so it’s the perfect place to enjoy a quieter beach vibe. Ocean Shores is one of those beaches to which people flock in the summer because it boasts a boardwalk, surf shops, and all those traditional beach amenities you know and associate with the beach. Westport Light State Park, however, is more famed for its tall dunes, waving grasses and, of course, the aptly named Westport Lighthouse. 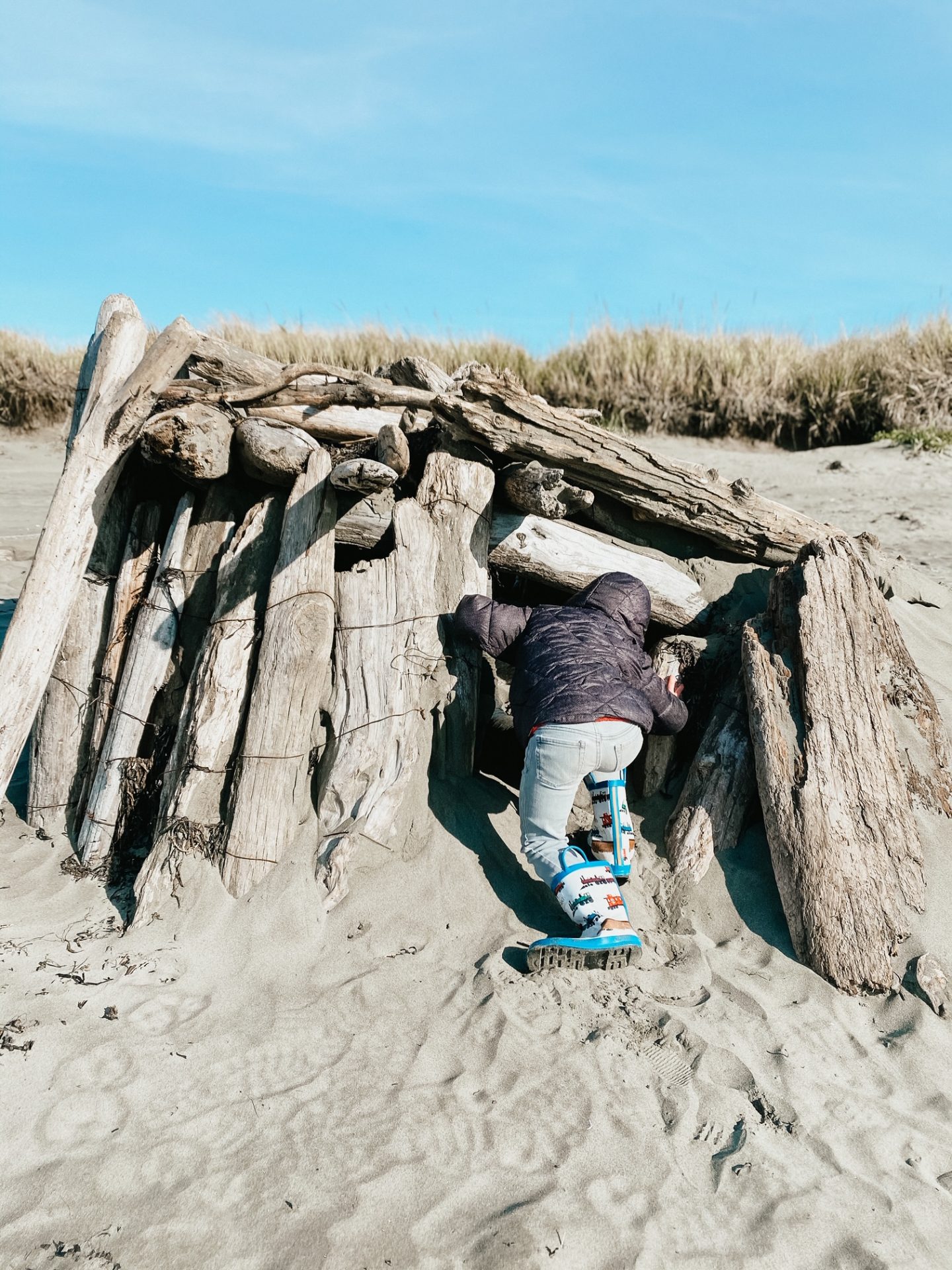 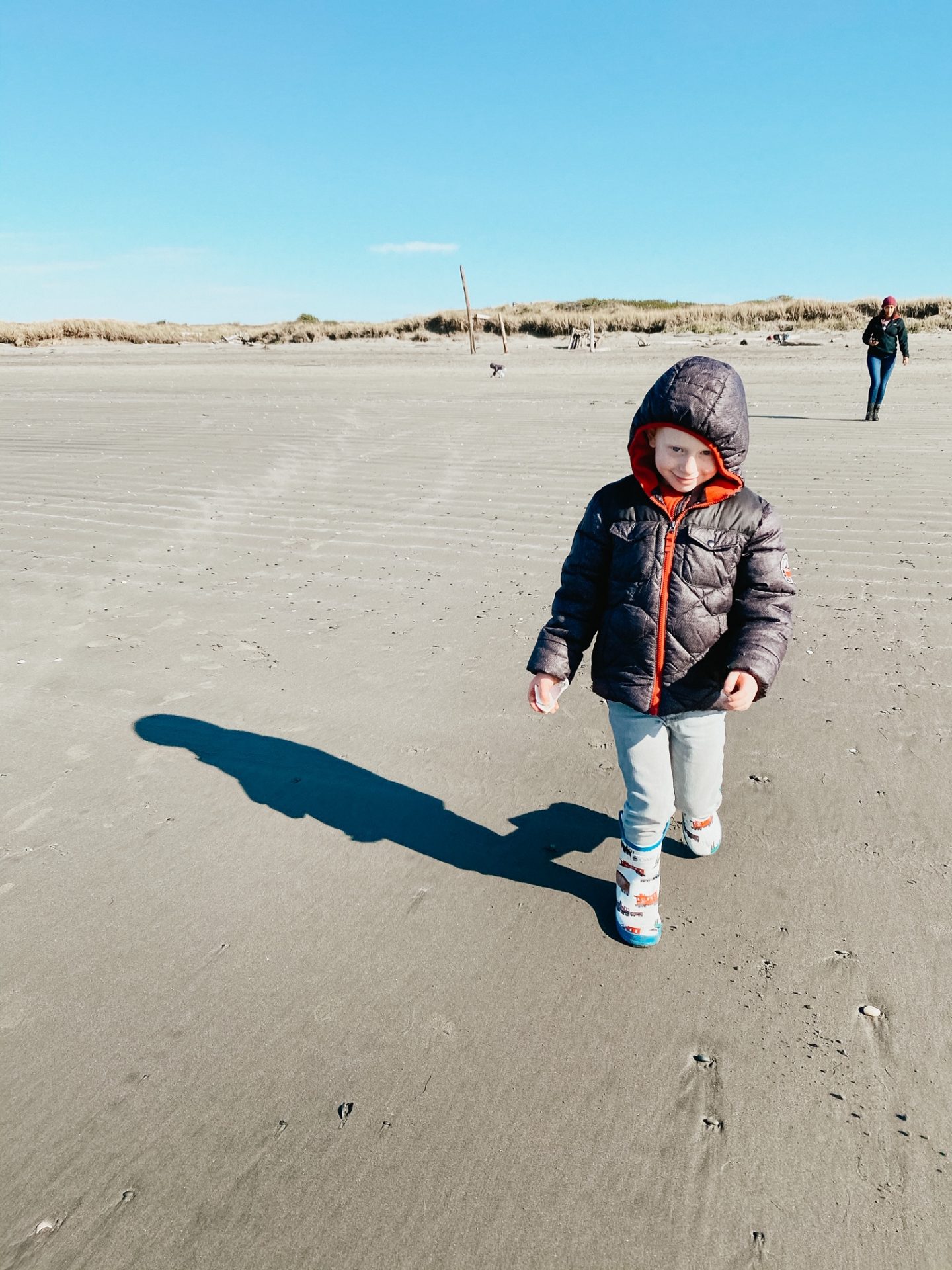 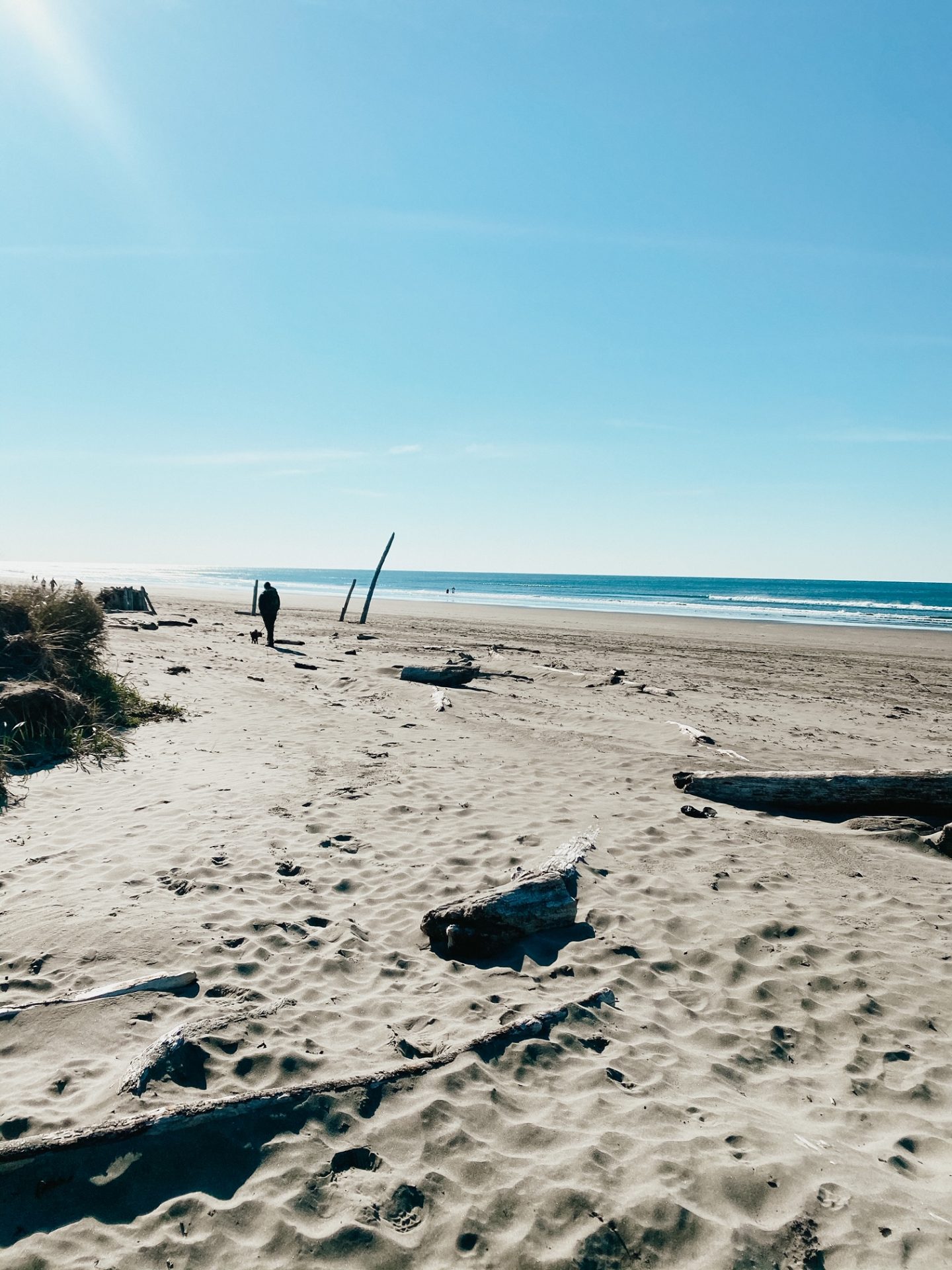 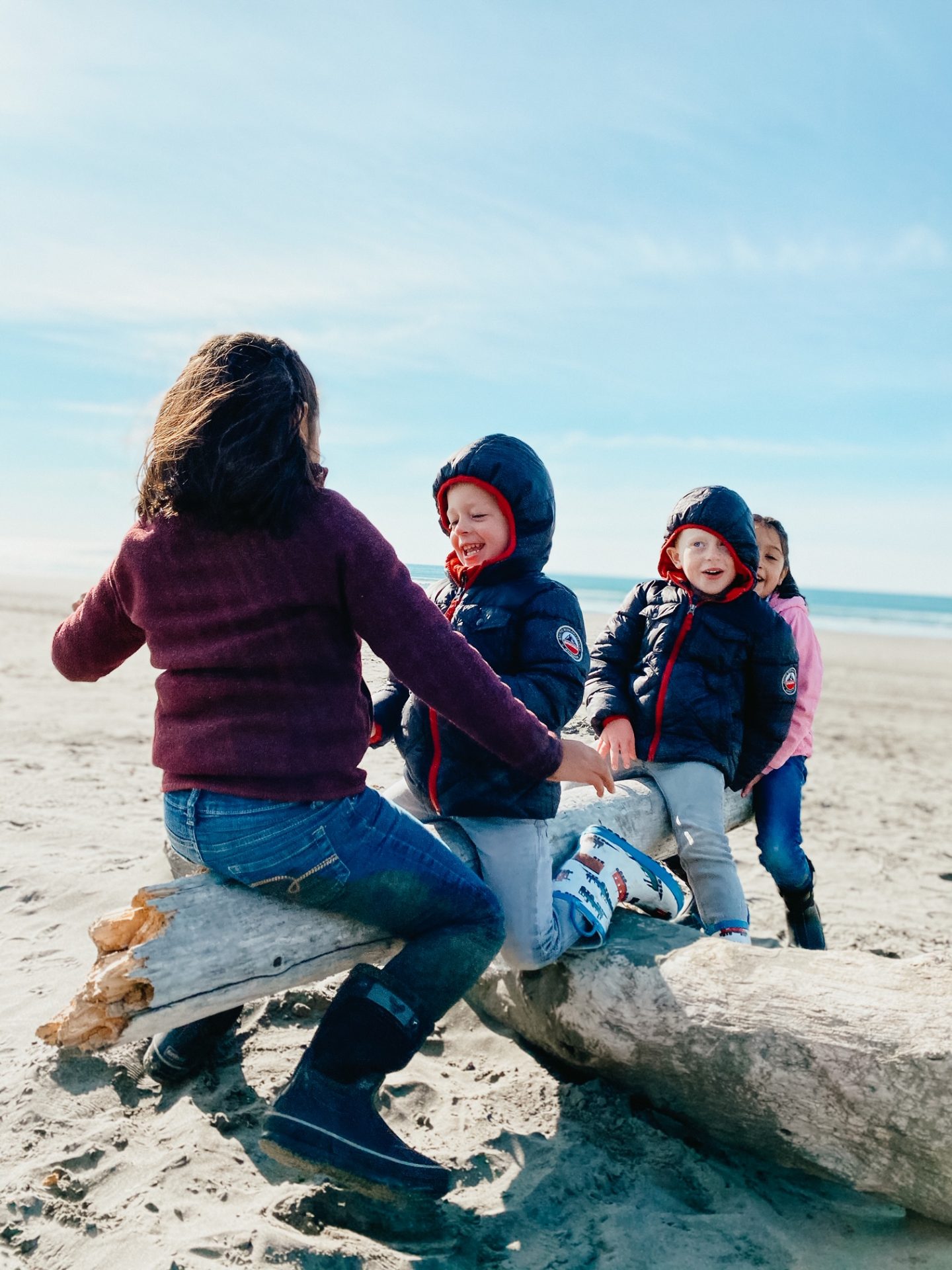 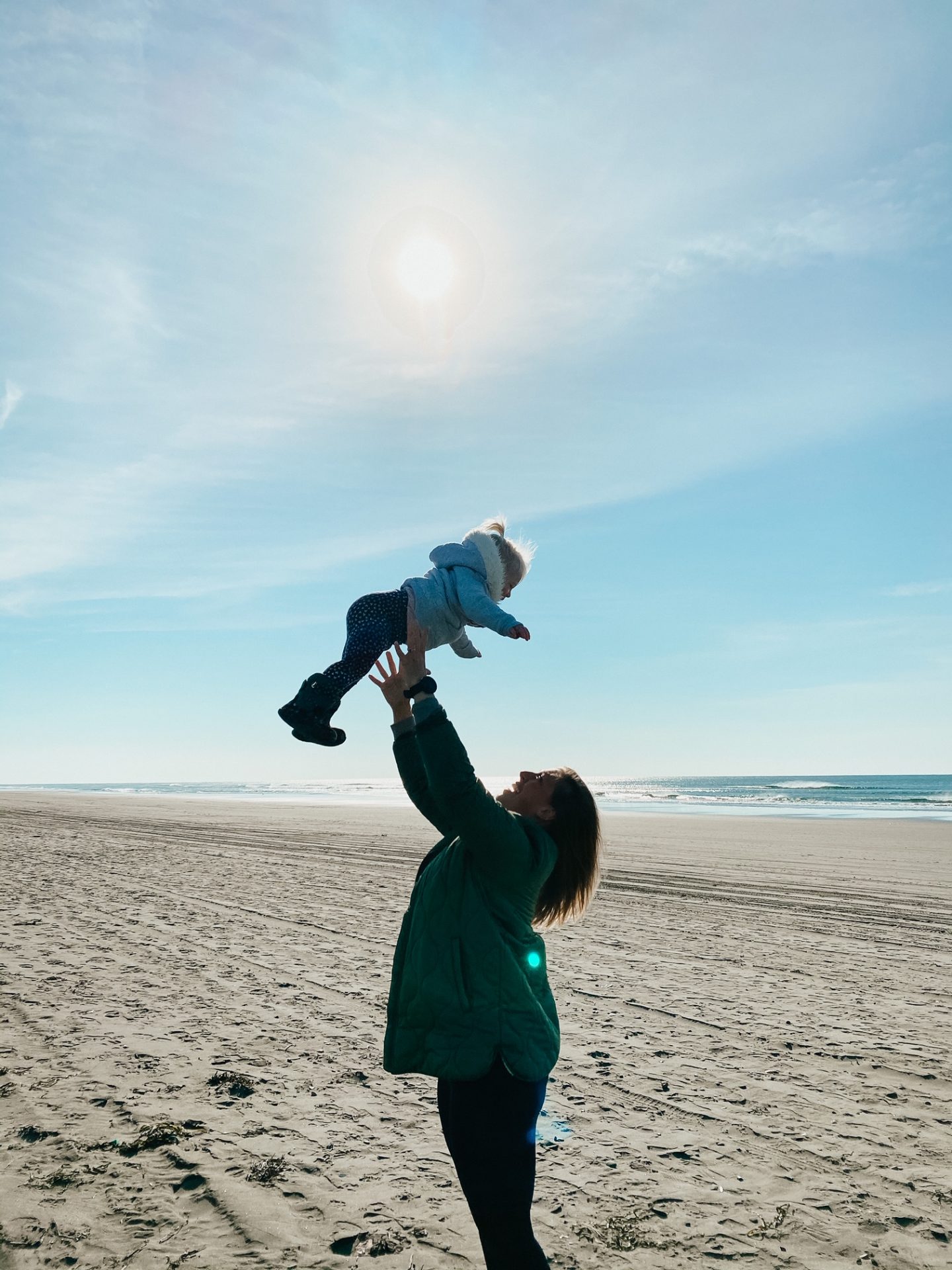 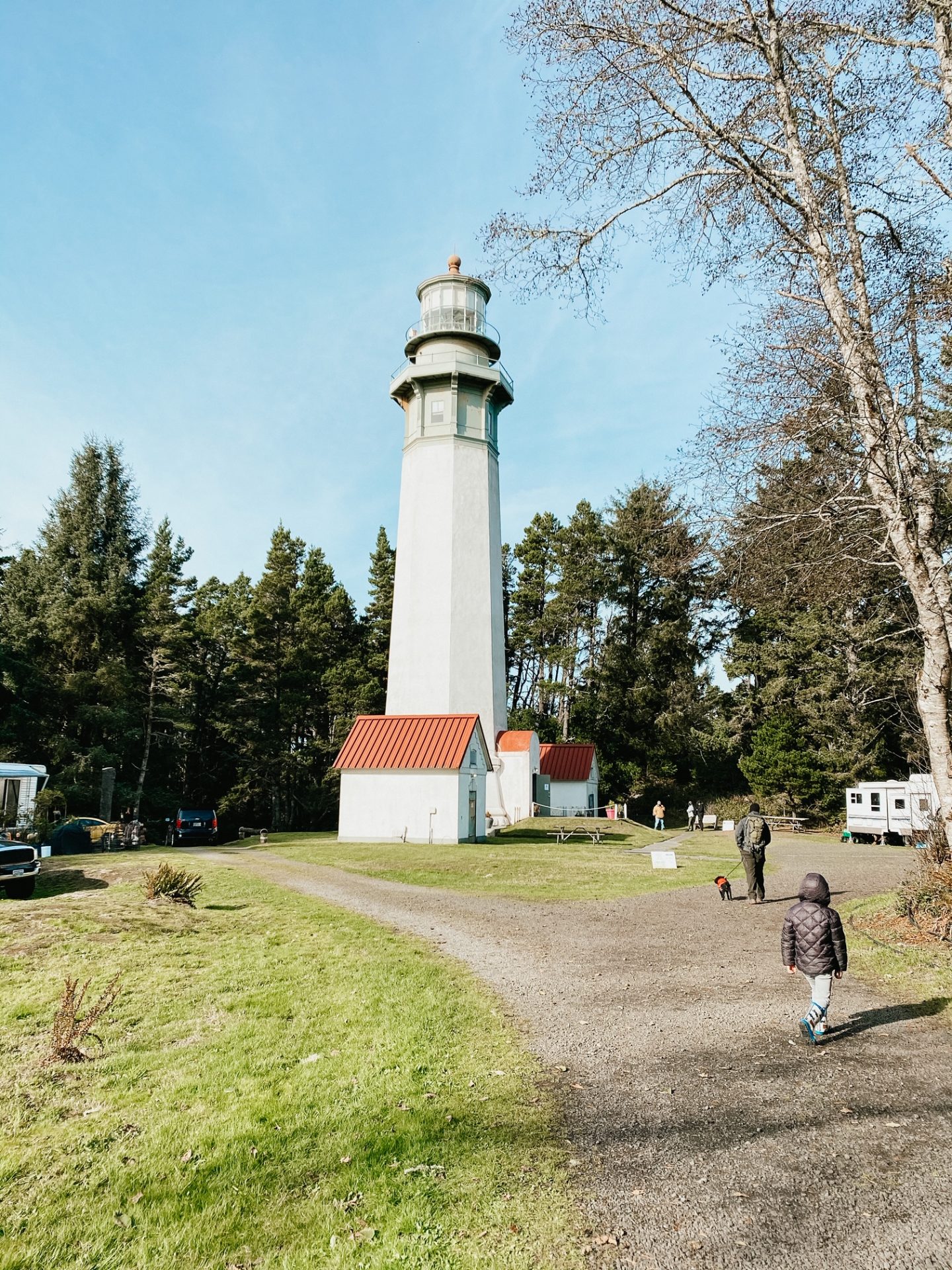 This isn’t the first time we’ve visited the beach in the fall and winter months. We actually went to Westport once before when I was pregnant with Mieke. I made sure to put a trip to the beach on PNW fall bucket list though, simply because I really wanted to ensure Mieke would have her first taste of the Pacific Ocean before we PCS next year, as well. There’s something to be said for making the most of a moment, and chilly fall days on the Pacific Ocean were just the ticket. Maribel and her family – basically the best adventure family we’ve found out here – joined us, and the kids had a blast, as usual. Her husband’s leaving TDY soon and Ryan is obviously gone, so I’m glad they were able to get some fun family time together, as well!

We walked along the paved pathways snaking along the low bluffs down towards the sandy shore, then we trekked through well-trodden paths through tall reeds all the way onto the driftwood-scattered shore. The kids were in heaven. There’s something about sand dollars in the PNW. They are plentiful. We found thousands of nearly whole ones, and the kids had a blast seeking them out and running as the low tide chased them down. Add in a beachside picnic, sand castles, and playing in a driftwood fort, and it was definitely the recipe for a beautiful day overall. And, local friends, if you hope to check out Westport Light State Park, here’s what you should know:

Trail Length: This isn’t really a hike. Consider it a leisurely stroll along the 1.3 mile paved boardwalk from Westport Light State Park all the way to downtown Westport.

Cost: You need a Discover Pass to park within Westport Light State Park Grounds. Beyond that, the park is free.

Dogs: Yes! Plenty of people let their dogs off-leash on the beach in the off-season months. On the trails, however, dogs must be leashed.

Tips: If you head to the lighthouse, be prepared to wear your mask on the grounds and pay $5 per visitor touring the 135-stair lighthouse. There is a height requirement for visitors, as well. Guests who hope to climb the lighthouse must be 48″ tall.