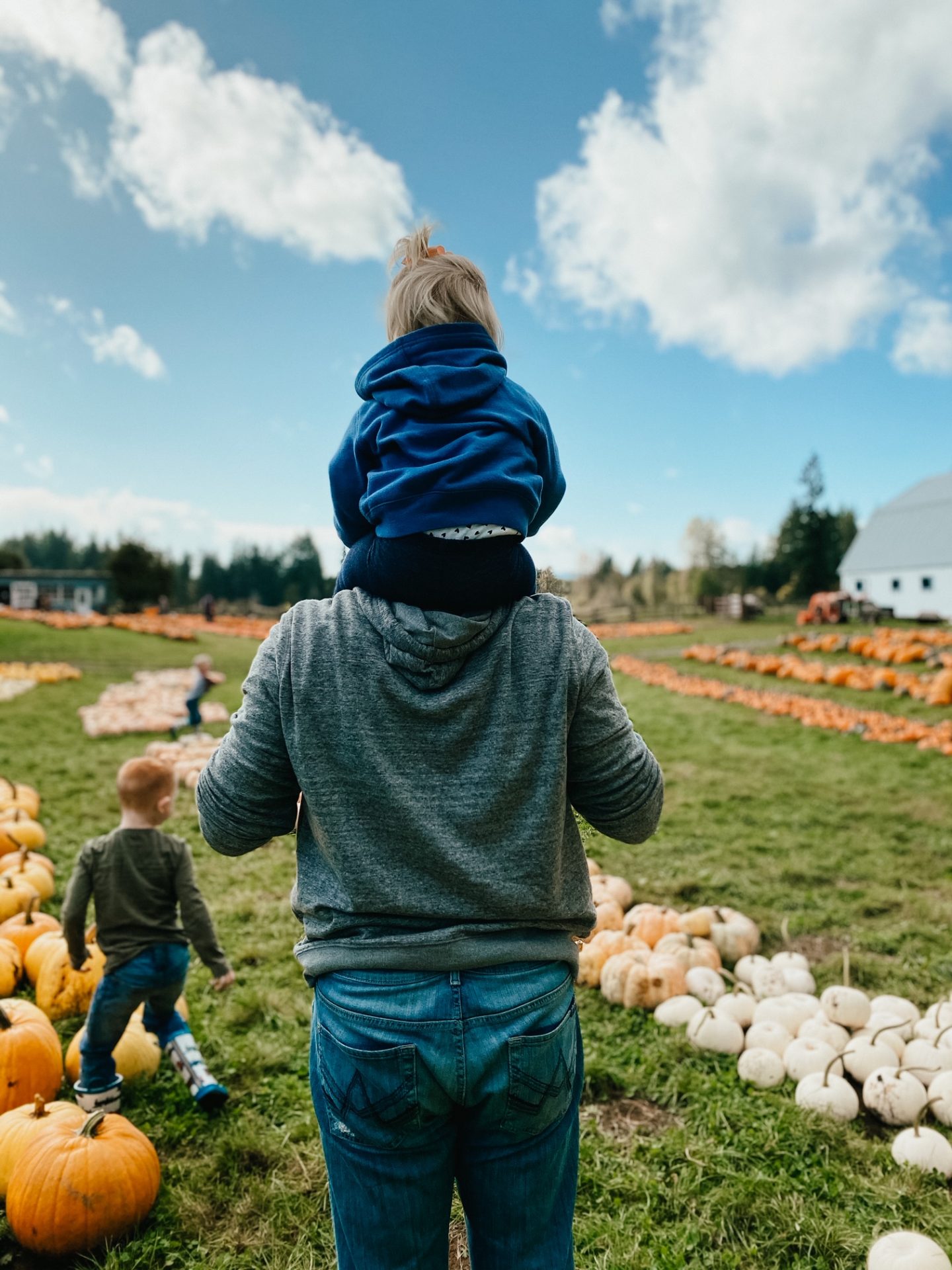 There are a lot of things in life that I do well, but if there’s one thing that I don’t do well – or possess at all, for that matter – it’s patience. We’re in that proverbial season of waiting in military life right now. Ryan’s marketplace opens this week, which is big. He also leaves for his next TDY this week. We’re waiting to see where we’re going, all the while waiting to see what Washington state is going to throw our way next in terms of COVID precautions. Oh, and rainy season has arrived with force. We wanted to hike this weekend, but between Ryan prepping to leave this week, finishing things up for the opening of marketplace, and the veritable downpours we saw for much of the weekend, hiking just wasn’t going to happen. So, we decided to err on the side of fall fun with pumpkin picking at Ashley Creek Farm in Olympia.

Pumpkin picking. I mean, that’s as basic as it gets, right? But, in all seriousness, it’s something our kids really look forward to every year, and we didn’t actually do it last year. Ryan had just gotten home from his last deployment, I was being treated for Lyme, and we headed to Oregon, so it didn’t really make fall fun a real possibility. Since this is our last year in the PNW though, we wanted to make the most of it actually do it for the littles. In 2018, we visited another local farm in Lacey called Schilter Family Farm, and it was fun, but it was also big and crowded. This year, they were requiring reservations, and honestly, I just didn’t want to deal with it. Plus, we spent a lot of money there last time between the overpriced pumpkins, the rides, the food, and more. 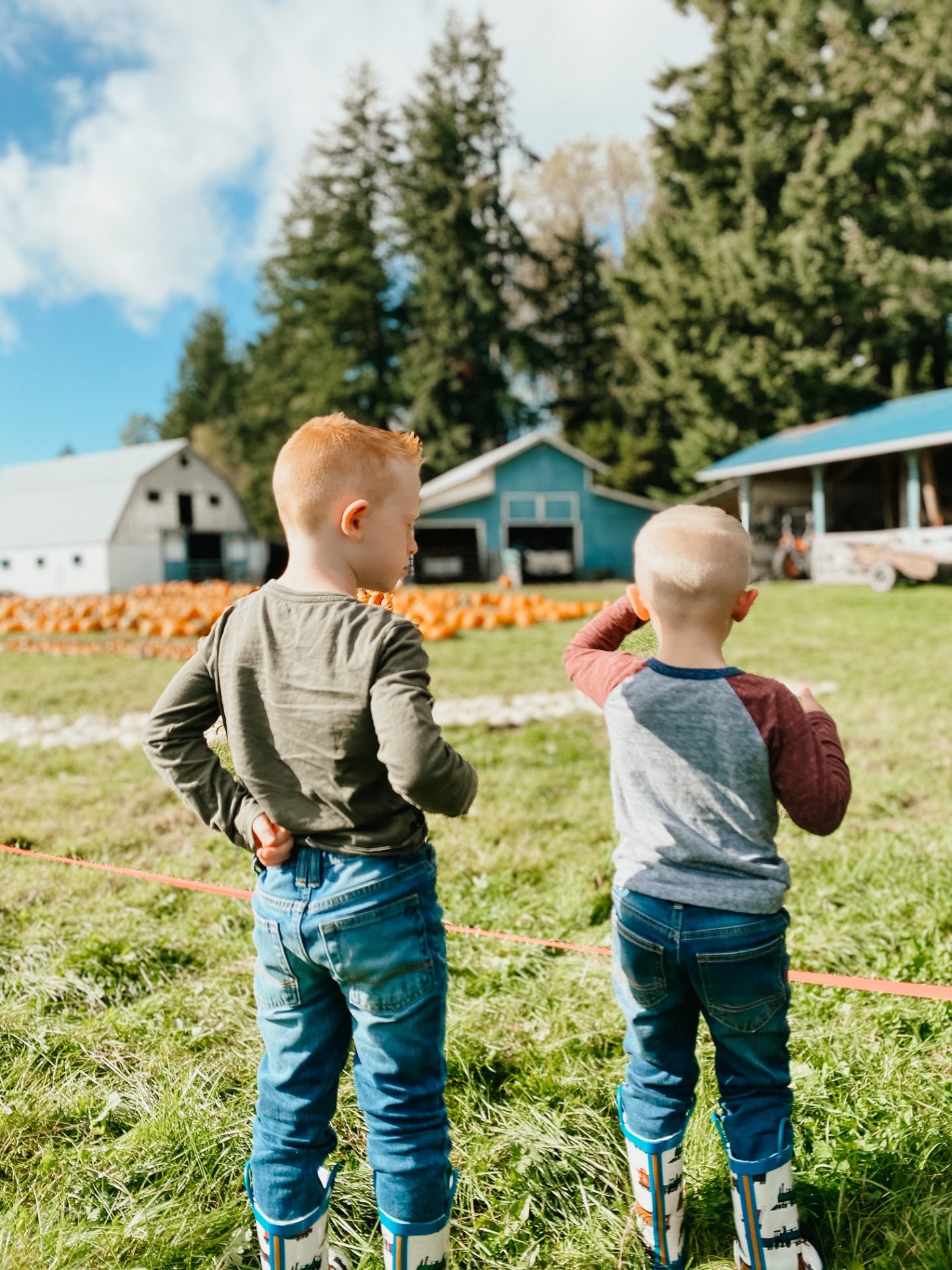 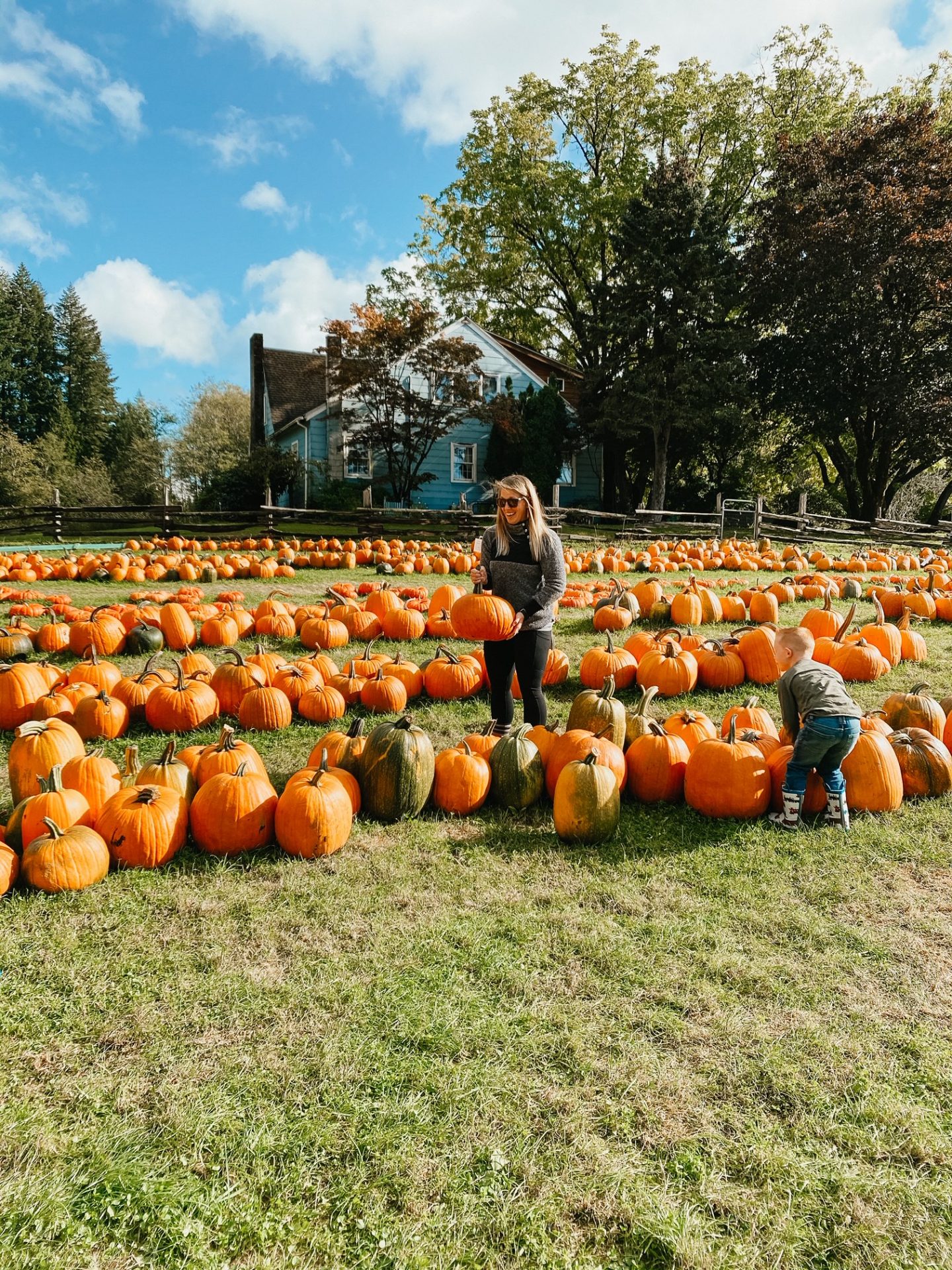 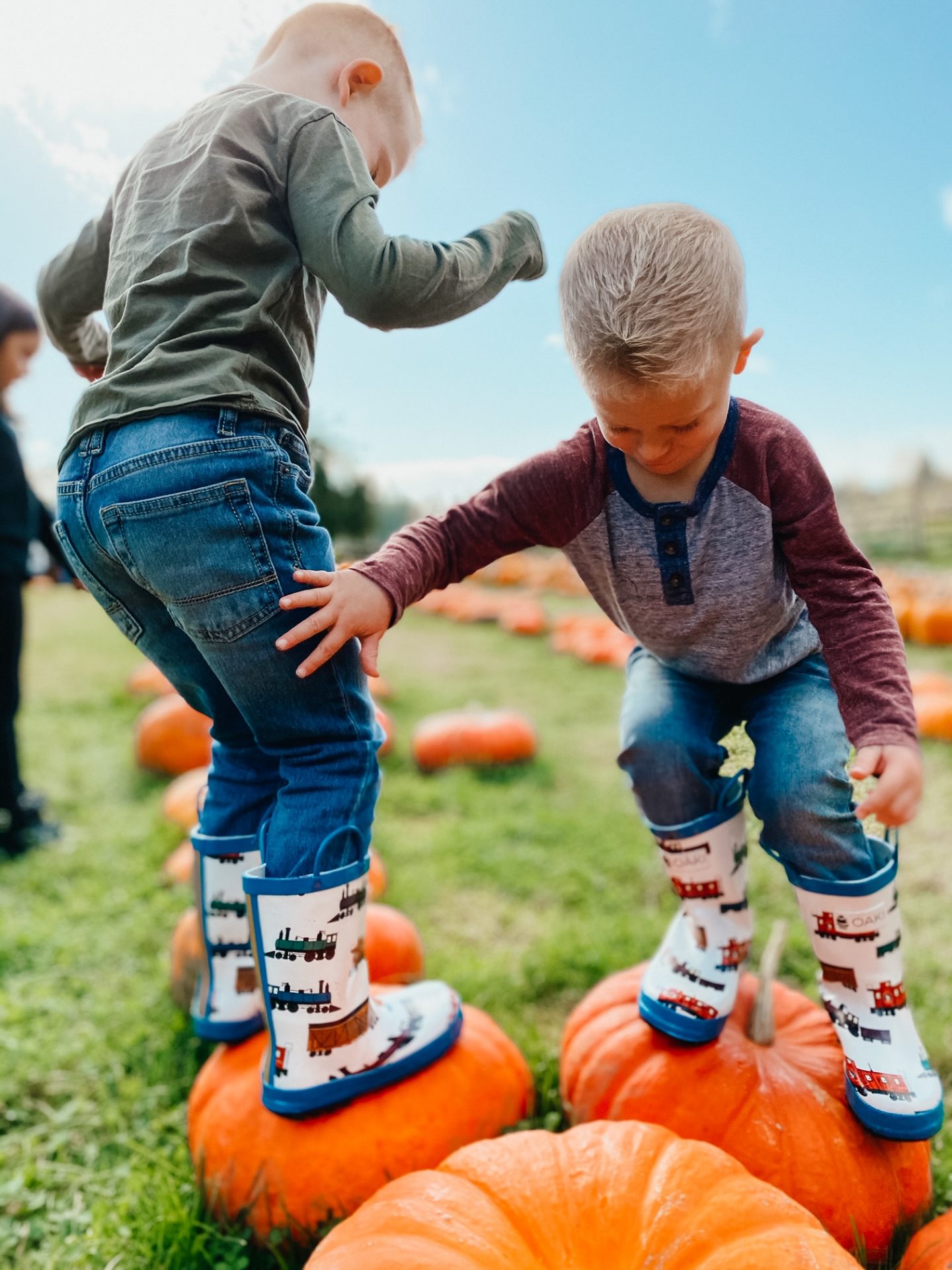 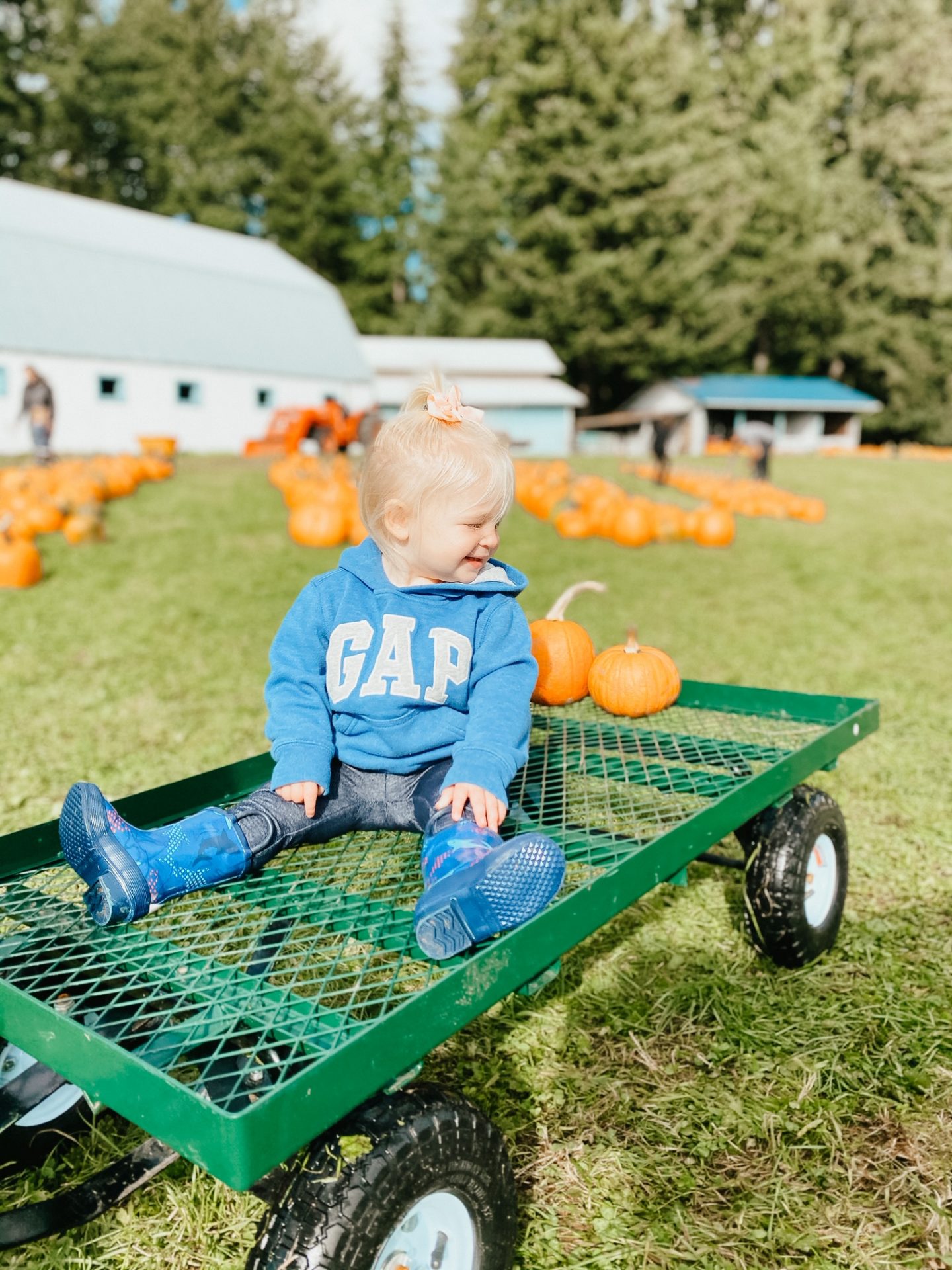 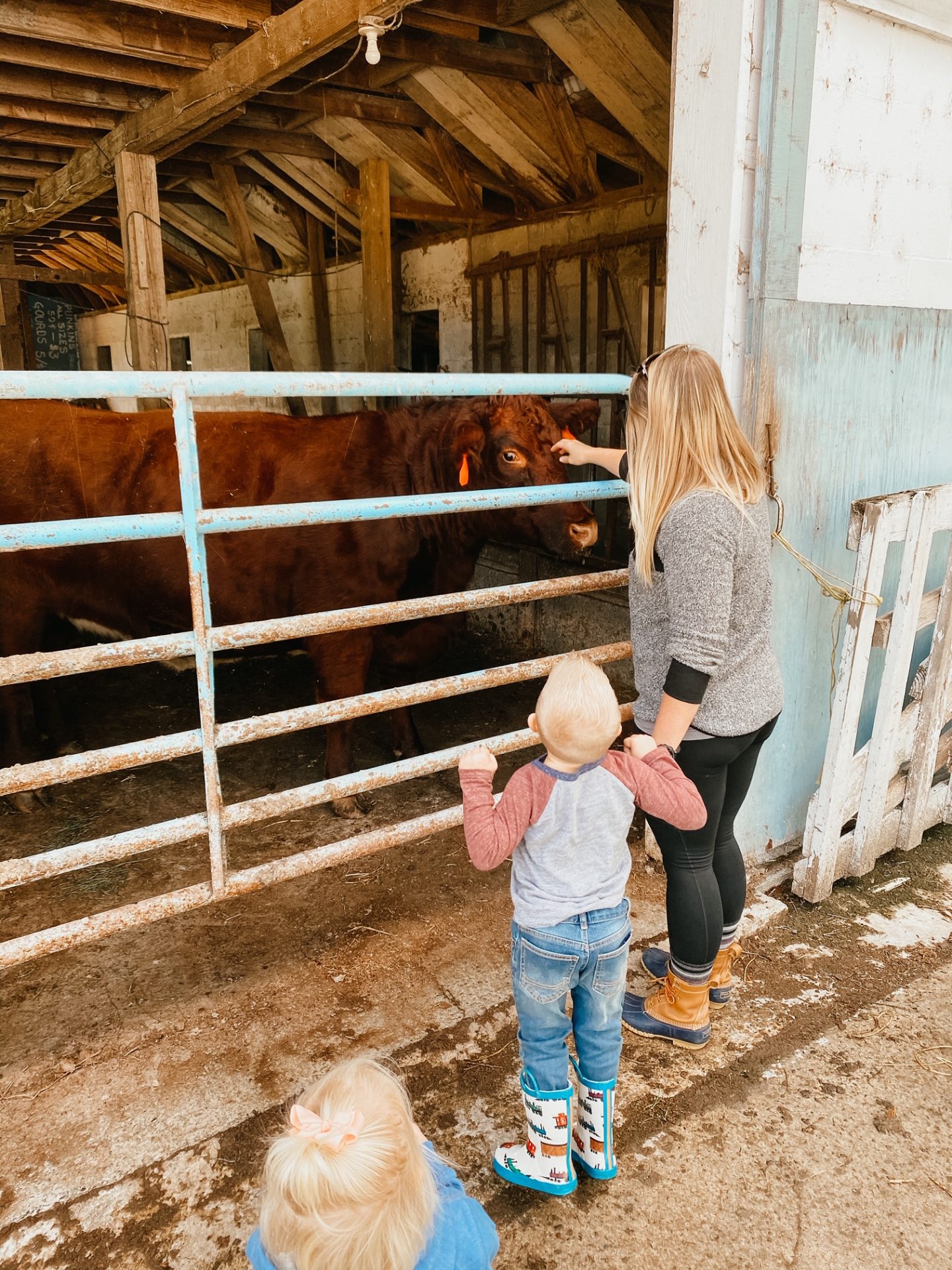 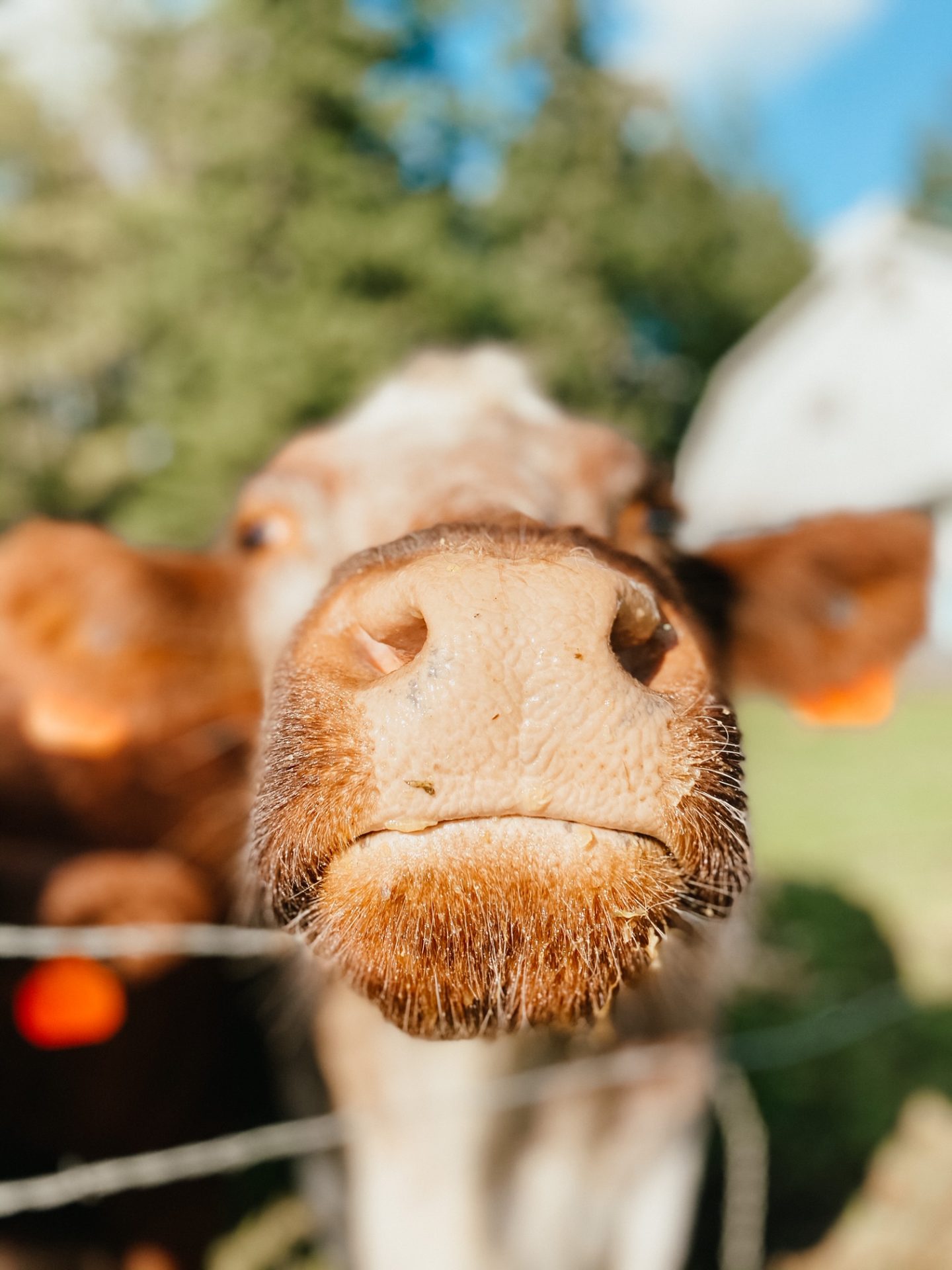 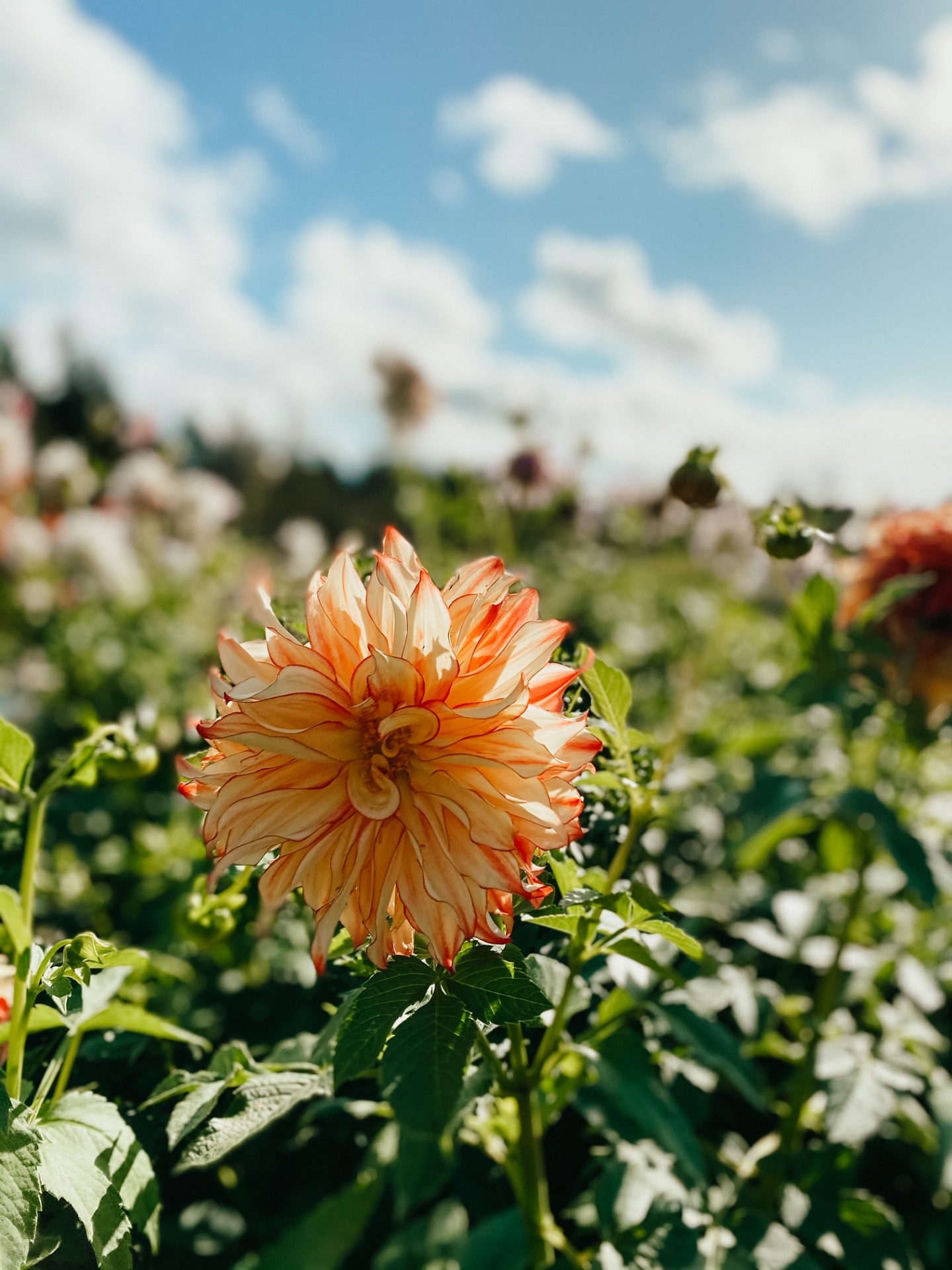 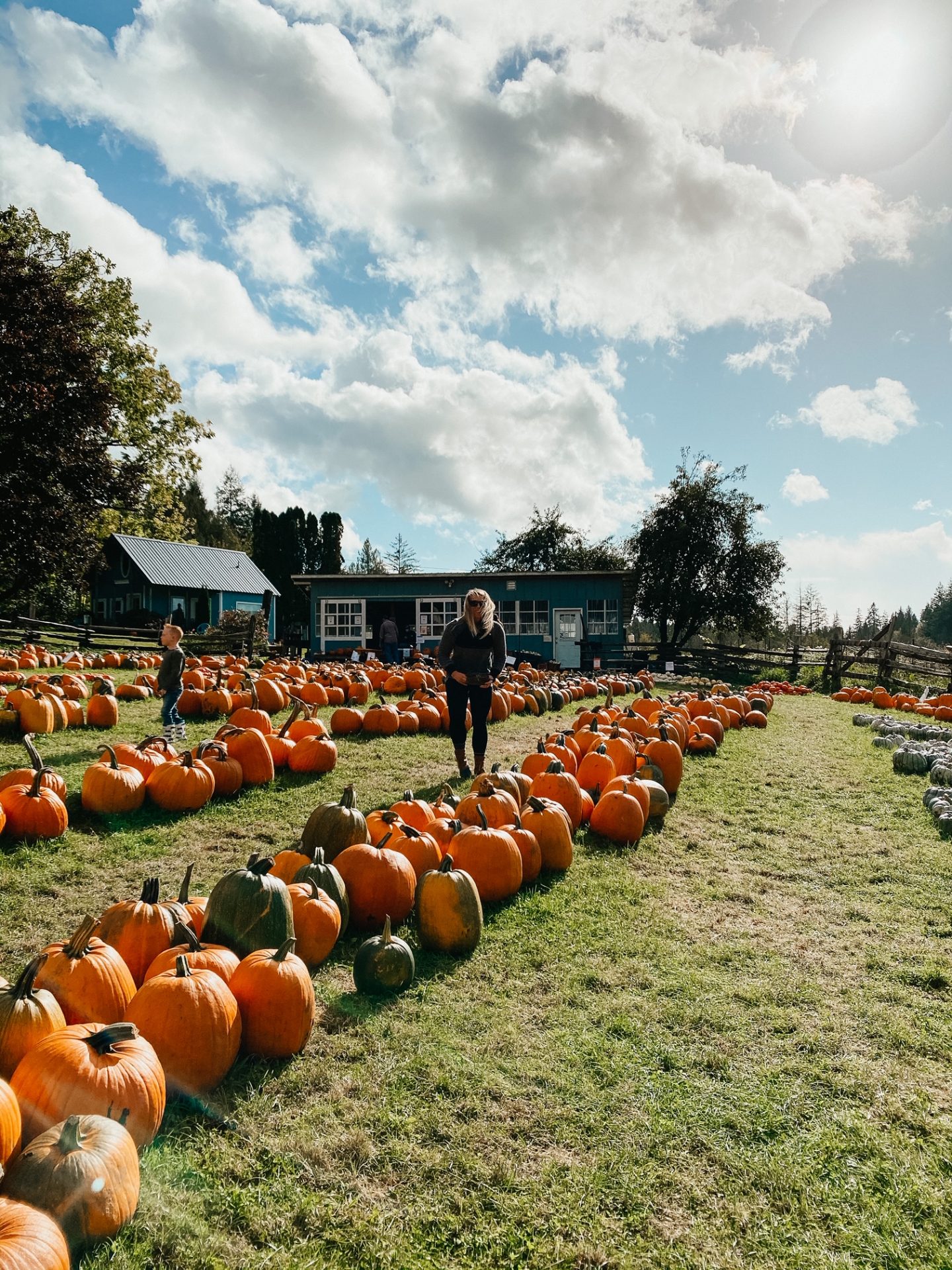 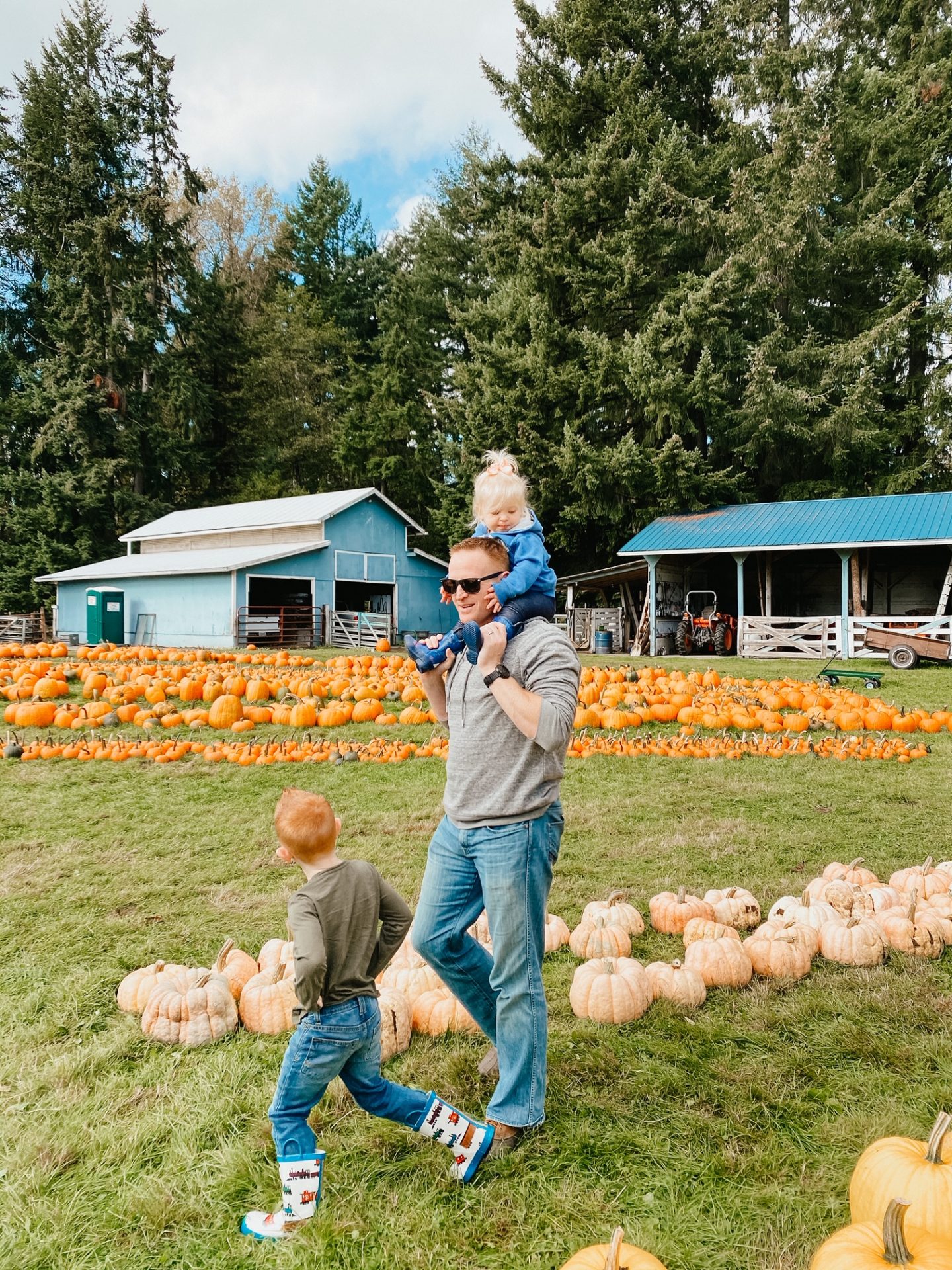 This time, my friend Maribel and I did some research, looking for something smaller and a little bit off the beaten track. Ashley Creek Farm fits the bill perfectly. This little oasis just outside of Olympia, WA is the epitome of family-owned and family-friendly fun. It’s an older, petite farm, complete with artesian wells, abundant fields of flowers, row upon row of every variety of pumpkin and gourd, cows, bulls, and even homegrown garlic. While Ashley Creek Farm doesn’t have the rides that other local joints may boast, we weren’t in it for the rides. We were in it for simple fall fun, and pumpkin picking at Ashley Creek Farm was a real treat.

The boys had an absolute blast walking the rows and selecting the perfect pumpkins for themselves. True to form, Spencer picked a big, nearly perfectly round pumpkin – very traditional. Porter is a kid after my own heart, picking one of the fat, squat, ultra-orange pumpkins, complete with warts and all. Mieke couldn’t have cared less, but we picked a little pumpkin for her, too, and she had a blast riding on the cart and yelling at everyone.

Like I mentioned before, our last pumpkin picking experience was expensive, and we spent over a hundred dollars last time between pumpkins, rides, and food. Ashley Creek Farm is far more reasonable, and being able to support a locally-owned and homegrown farm was pretty special to us. Our three pumpkins came out to just $12, and we ended up tipping well, simply because we were so impressed. They also had a little “pick your own” dahlia bouquet thing going because they didn’t have any little bouquets available. After visiting the cows and bulls, we picked some flowers, spoiled ourselves, played with a few little furry caterpillars we found, and made off like bandits. Honestly, it was a blast, and I’m so glad we opted for a different place this time around!

If you’re local, and you hope to go pumpkin picking at Ashley Creek Farm, here’s what you should know:

Pricing: Unlike many local places, Ashley Creek Farm charges by the size of the pumpkin, rather than by the pound. So, if you’re looking for the best value in terms of pumpkins, you won’t find a better value than here. There is also no charge for entry or for parking.

Payment: They are only accepting cash or PayPal for payment.

COVID Precautions: If you’re looking for a smaller, less crowded place, this is it. It’s super easy to social distance at Ashley Creek Farm, although they do request everyone wear masks.

Tell me – have you gone pumpkin picking yet this year, or do you still plan to?