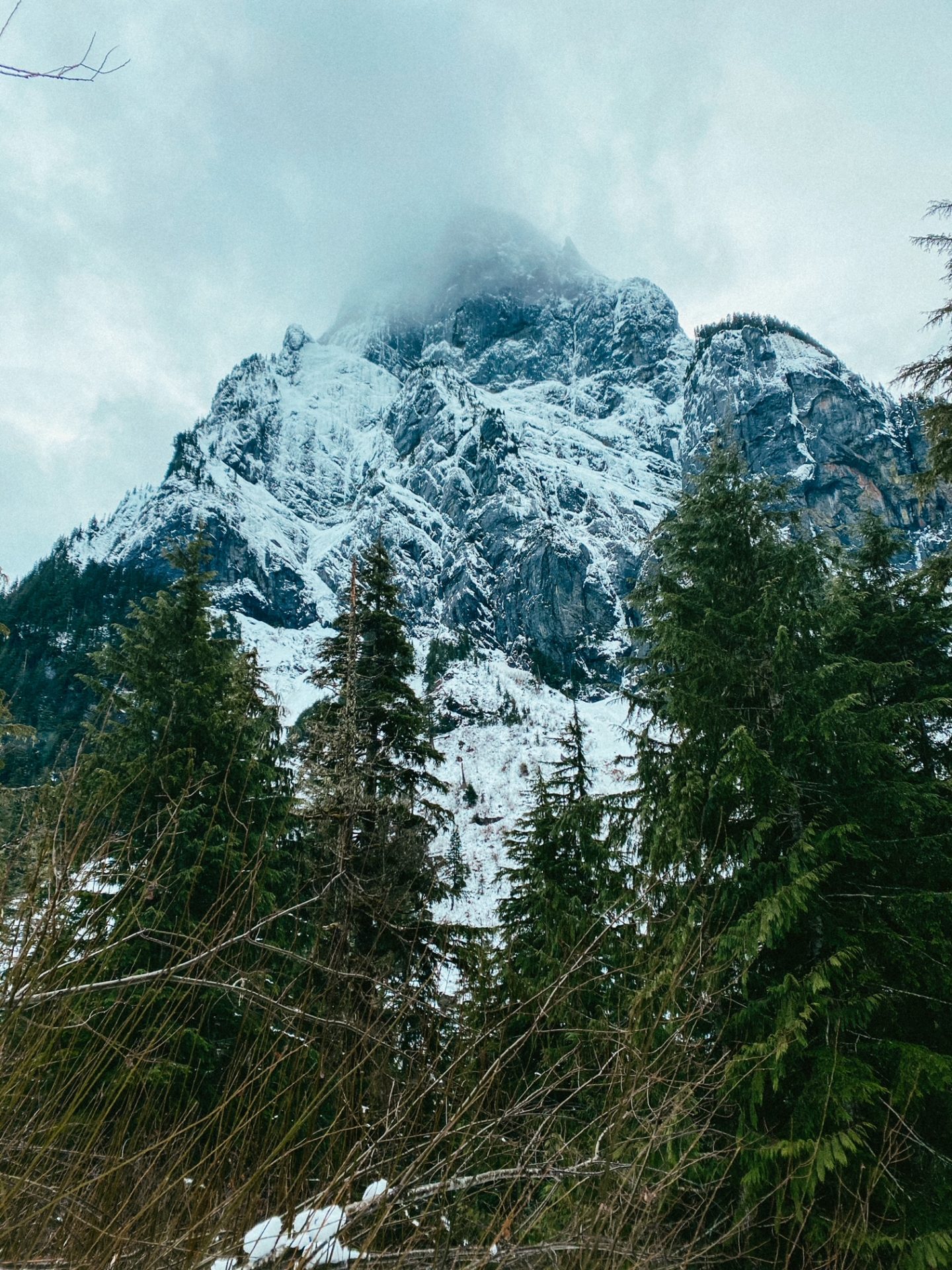 Cheers to the first post of a brand new year, friends! I had every intention of posting on Friday the 1st, but I’ll be completely honest and say that I prioritized being present in the here and now with my family instead. So, here we are on January 4th doing the first post of the year. Why, you ask? We spent New Year’s Day hiking Barclay Lake Trail instead, and I couldn’t think of a better way to ring in a brand new year full of hope and potential.

I floated the idea of a New Year’s Day  hike to my good friend Maribel about a month ago, and she was 100% down, and when I asked Ryan, he said he was, too. In true PNW fashion though, the forecast has been completely abysmal lately, and it has rained almost every single day. We had a few potential hikes in mind around the Snoqualmie region, but most of those hikes were under a high avalanche warning, and the pass was under a winter weather advisory. So, we had two choices…a potentially rainy hike, or driving much further south to try to escape the rain.

We decided to embrace the rain, watched the forecast closely, and decided to kick off the year at Barclay Lake Trail, which is just over two hours from JBLM, near Gold Bar, Washington. I was slightly familiar with the area since we hiked Lake Serene there earlier last year. It poured a good bit of the drive up, but we were as prepared as possible, embraced the world’s most epic potholes about four miles from the trail head, and entered a wet, snowy, slushy wonderland about two miles out. 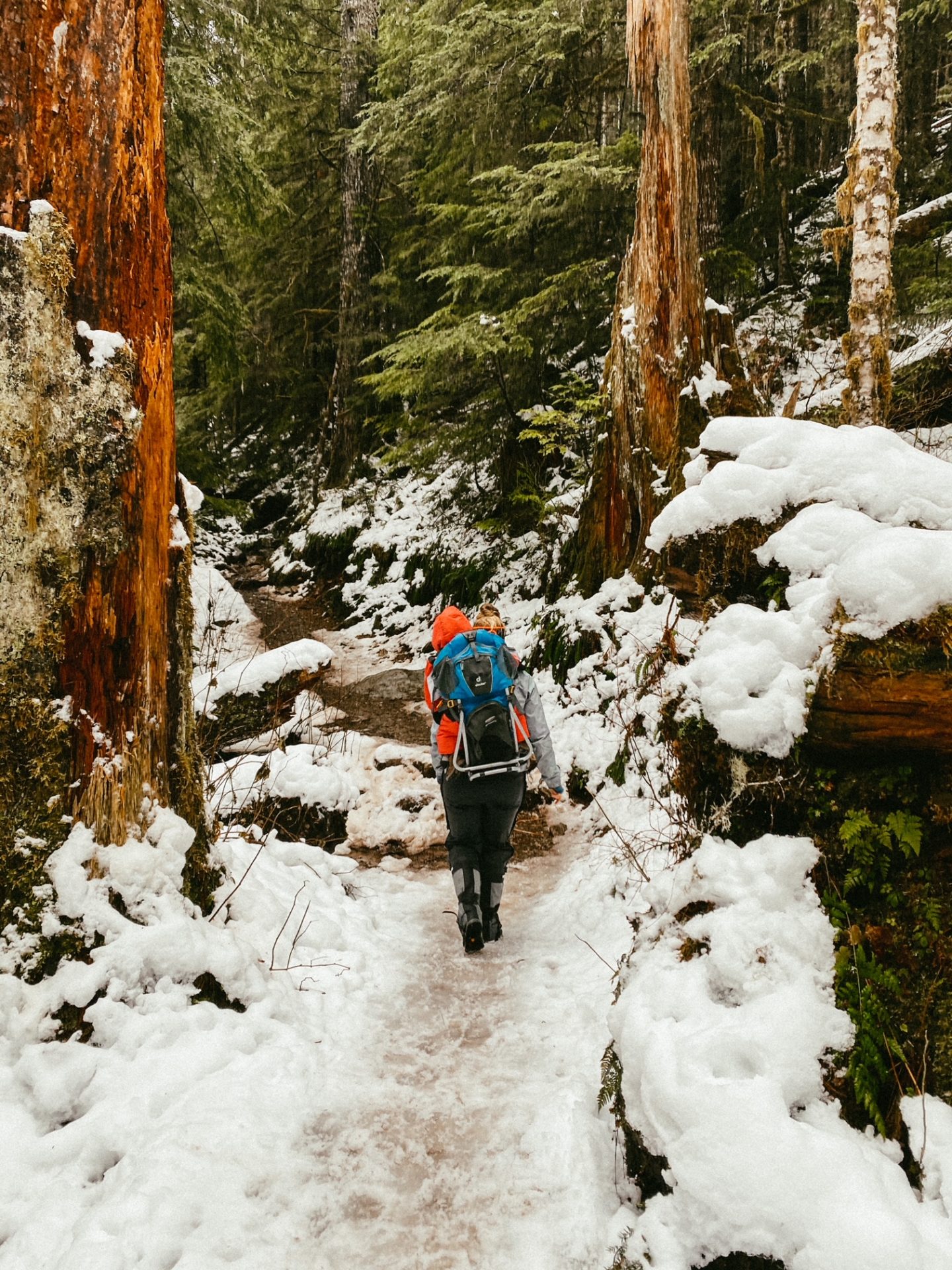 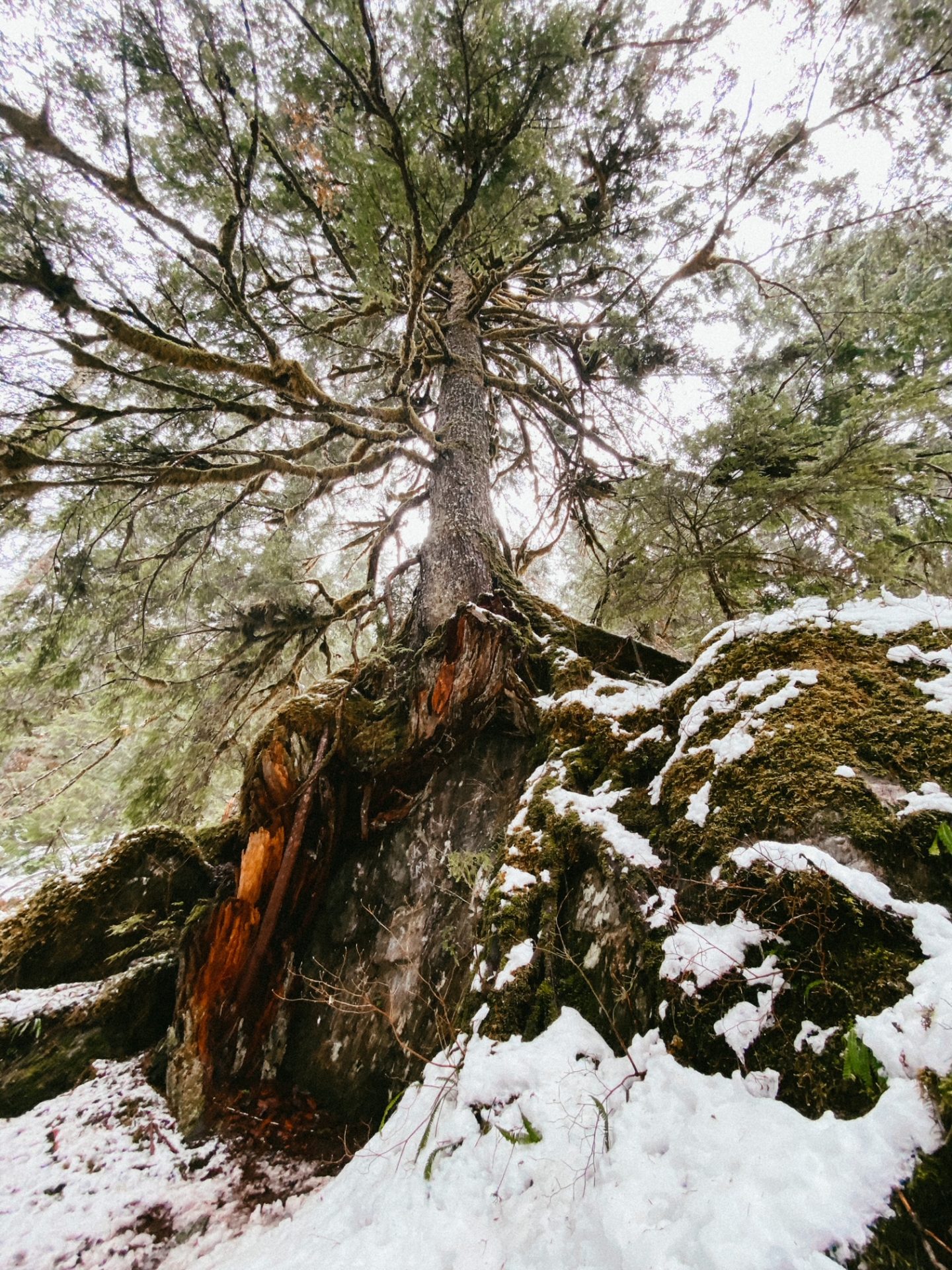 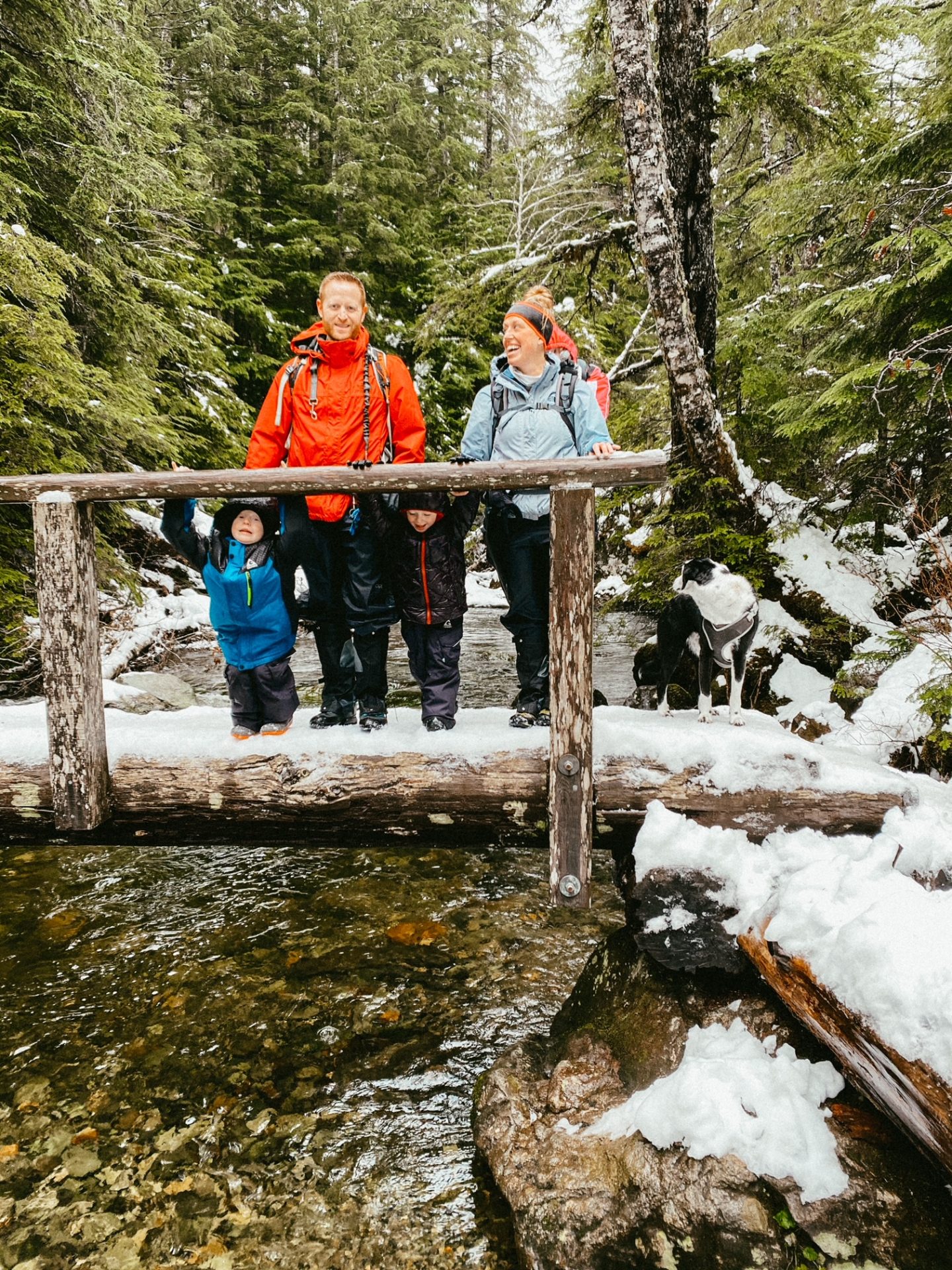 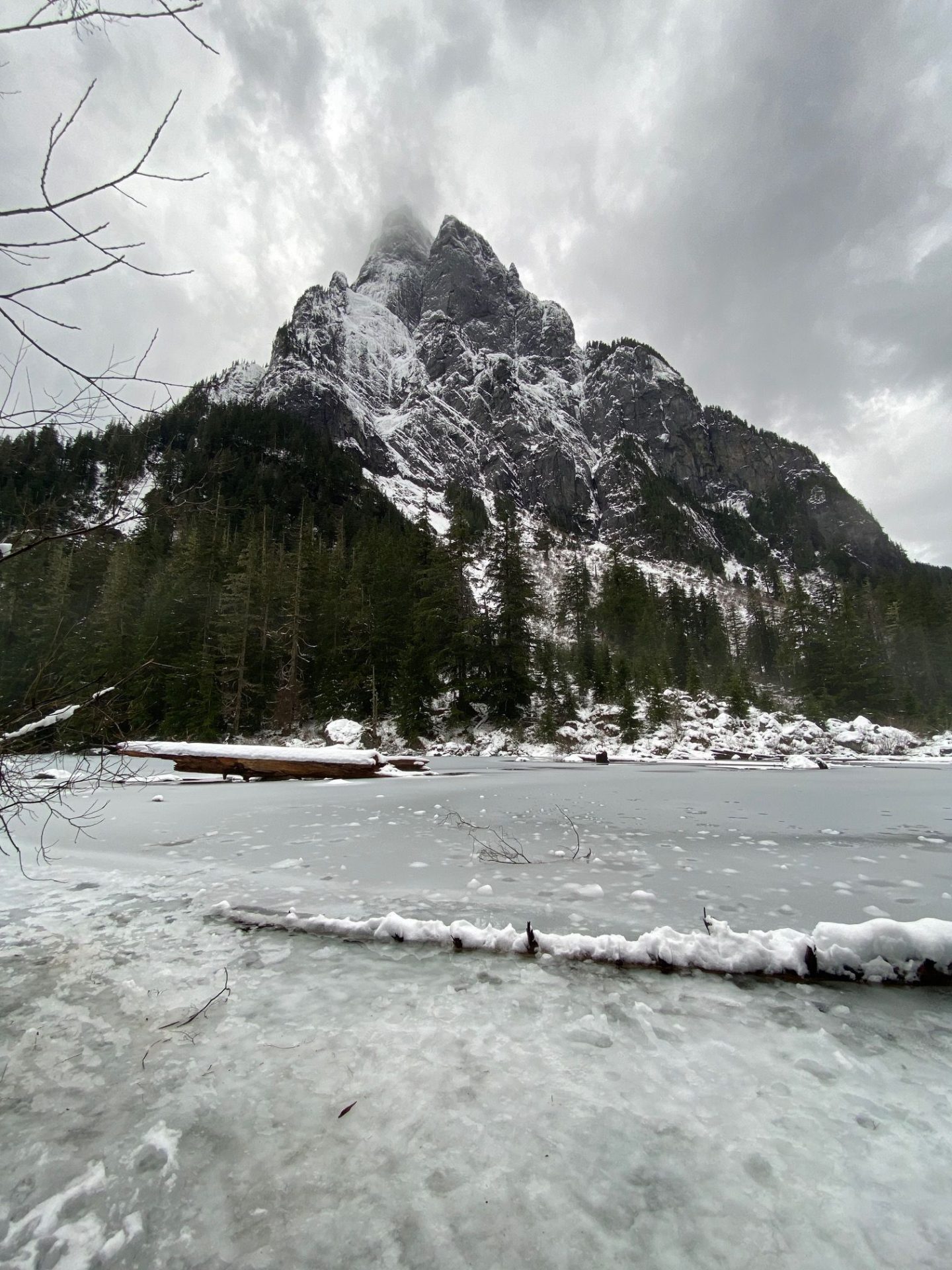 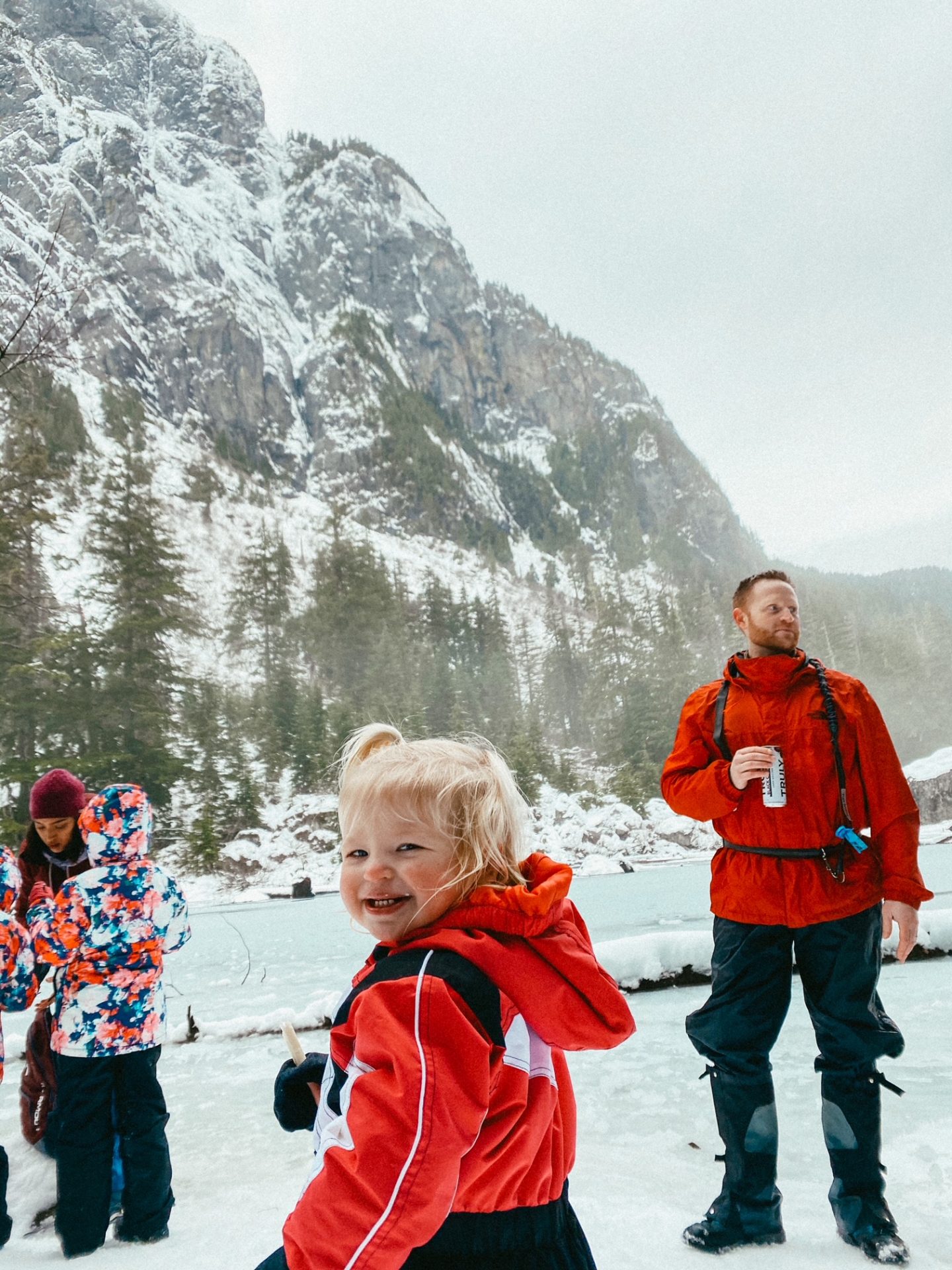 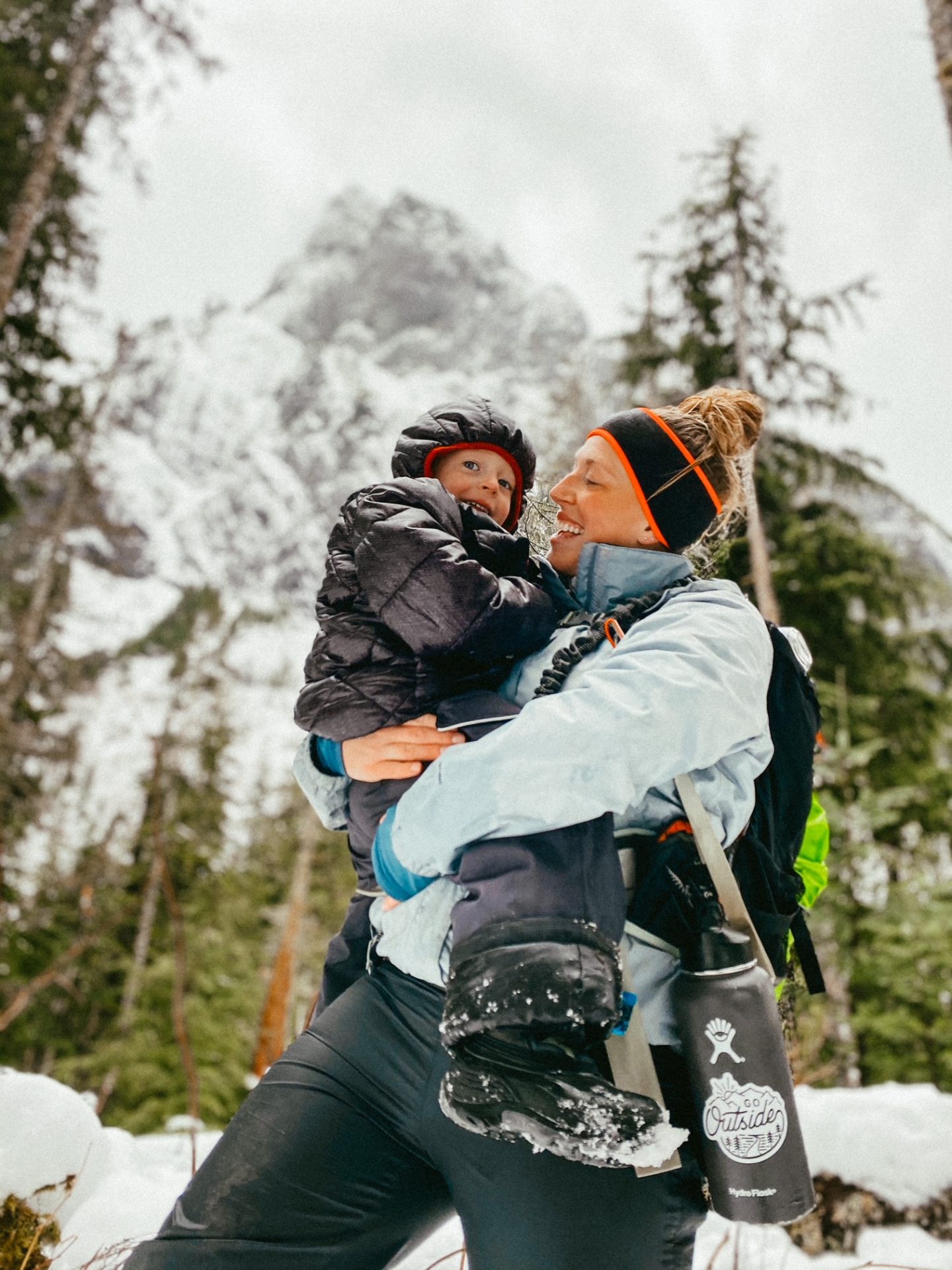 Because of the weather, the Barclay Lake Trail was pretty quiet. We were two of three cars when we started, and there were only five when we left near the end of the day. As predicted, the trail was slick. The snow pack was pretty hard and icy due to the consistently changing temperatures, and we slipped (literally) our way onto the trail.

I know I mentioned briefly in our PNW winter bucket list that we wanted to get outside and start to challenge ourselves a little more. Well, Barclay Lake fits the bill entirely! In the summer months, the trail is a fairly steady but gradual incline, but in the winter, it’s transformed into an icy slip and slide. As we went though, the sky began to clear, and we were rewarded with some of the most incredible views of Mt. Baring. We heard (and the guys saw) an avalanche off the north face of the mountain in the distance, and we were reminded just how beautiful – and dangerous – Mother Nature can be.

This trail was longer than some of the boys’ most recent hikes of 2020, and that was a big goal of ours to kick off this year. Porter must have fallen on the ice 50+ times, but there were zero tears – just perseverance. And I have to admit; celebrating at the lake with a New Year’s toast with great friends was the best way to start a great new year. So, as we celebrate our seventh anniversary today, I have to say just  how grateful I am for this forever adventure buddy of mine and the life we’re continuing to build together. Cheers to so many more!

Trail Length: 4.3 miles out and back

Level of Difficulty: In the summer, this trail is rated “easy,” but in the winter, it’s closer to moderate. The trail is incredibly slick and has a large number of fallen trees to scramble over and under. There are also large bodies of standing water to navigate.

Cost: You’ll need your Northwest Forest Pass for this one.

Dogs: Yes! Dogs are allowed on leash here. We met some of the most beautiful well-behaved pups on this hike, and Danny had a blast!

Tips: The last four miles leading to the trail are marked by severe pothole. You’ll need a vehicle with good clearance, as well as patience. There is also a small sinkhole at about three miles out. When you get to about two miles out, the snow and slush begins, and as the season progresses, chains may be necessary. You will not have service. I also highly recommend microspikes, crampons, and/or poles for the winter months.