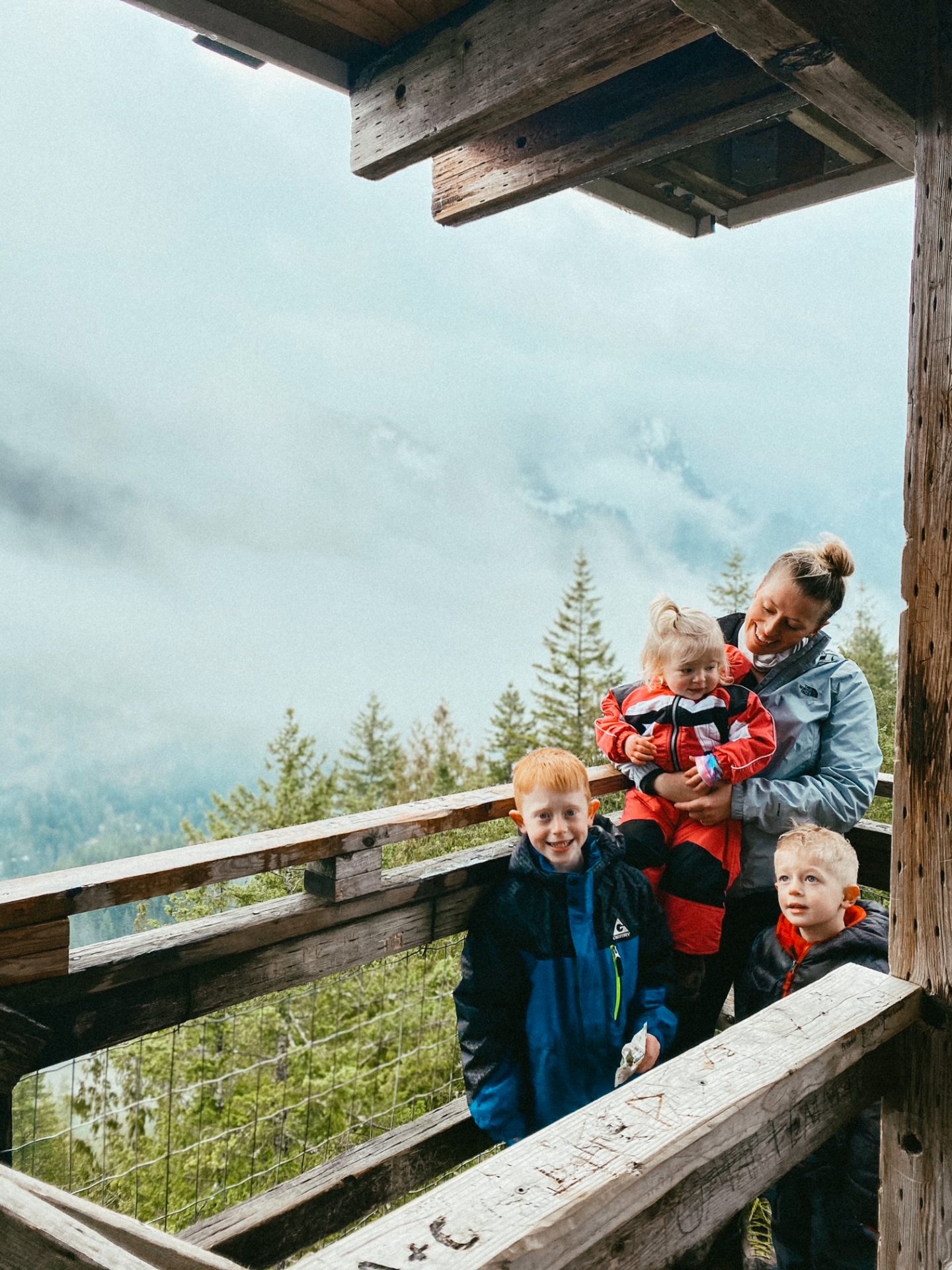 First and foremost, before I dive into our most recent hike, I have to say the most sincere thank you for all your kind words and well-wishes on my announcement that we are moving to South Korea! Honestly, we are so thrilled, and we’re also very aware that our time here is now finite, meaning we have to do as much as possible while we can! So, in the spirit of chipping away at our PNW winter bucket list, we spent Sunday hiking Heybrook Lookout Trail, a popular trail in Index, Washington.

I’m part of a Washington hikers and climbers group, and Washington’s lookouts are a popular topic among the sportsmen and women in this group. At the peak of their existence, there were once 750 fire lookouts throughout Washington, topping mountain summits around the state. Today, there are just 93 fire lookouts still in existence. Although one of the lesser-known lookouts, hiking Heybrook Lookout Trail is still a heavily-trafficked trail in the spring and summer months, so we hoped that a drizzly winter day would be slightly less busy, and we were right!

Our last hike was Barclay Lake Trail, which was over four miles in ice and snow, and it was definitely challenging for the kiddos. This time, I wanted to challenge the kids and I in a slightly different way. Heybrook Lookout Trail is significantly shorter than our last hike, but it’s also much steeper. In just one(ish) mile, you gain 900+ feet, so I knew the kids and I would definitely be in for a wakeup call along the way. We’d originally planned to go as a family with our friends, the Hinojosas, but  Ryan’s back was killing him, and he needed to get some work done, so the kids and I went with our friends instead, and I wore Mieke in the pack this time. 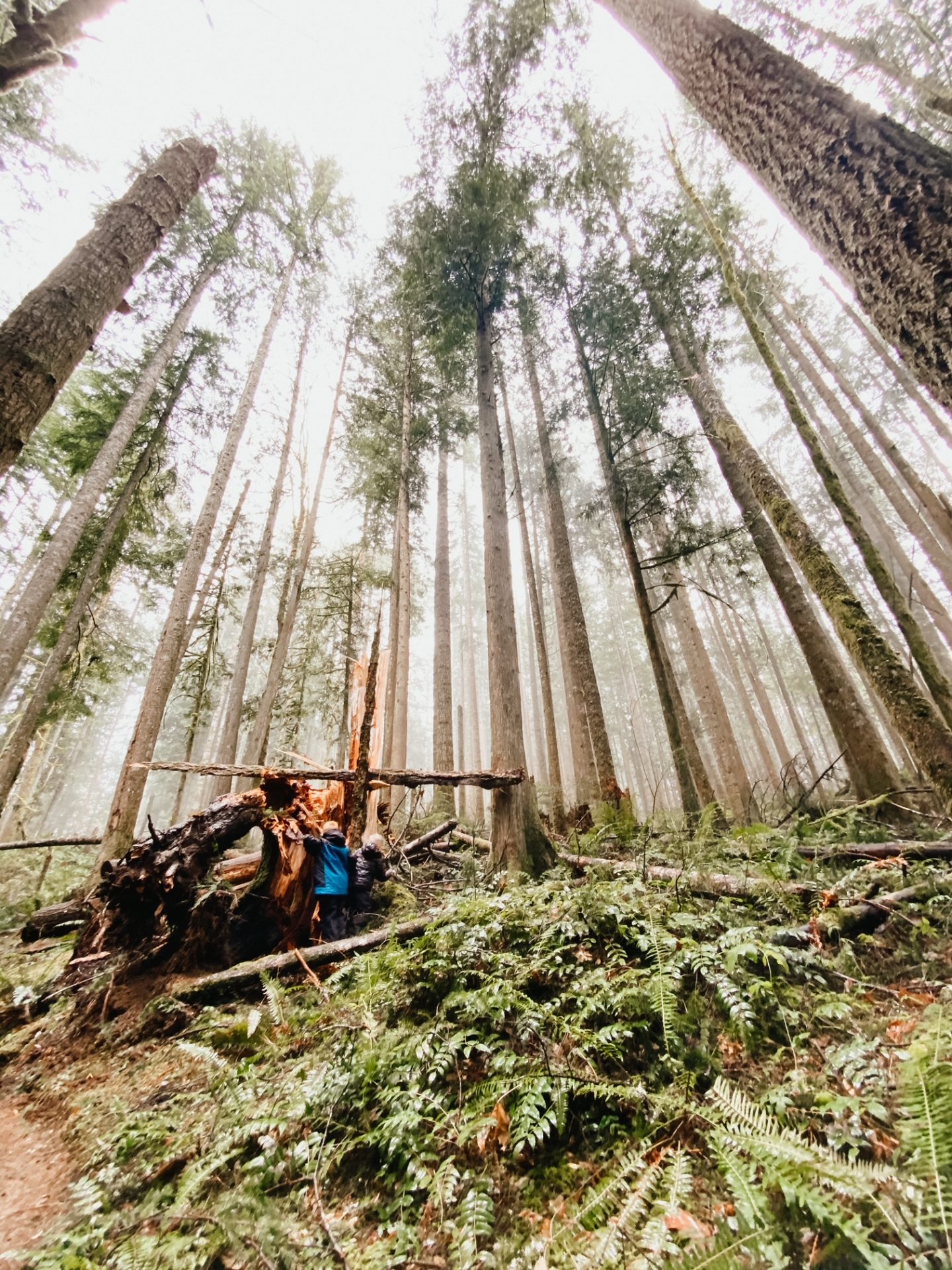 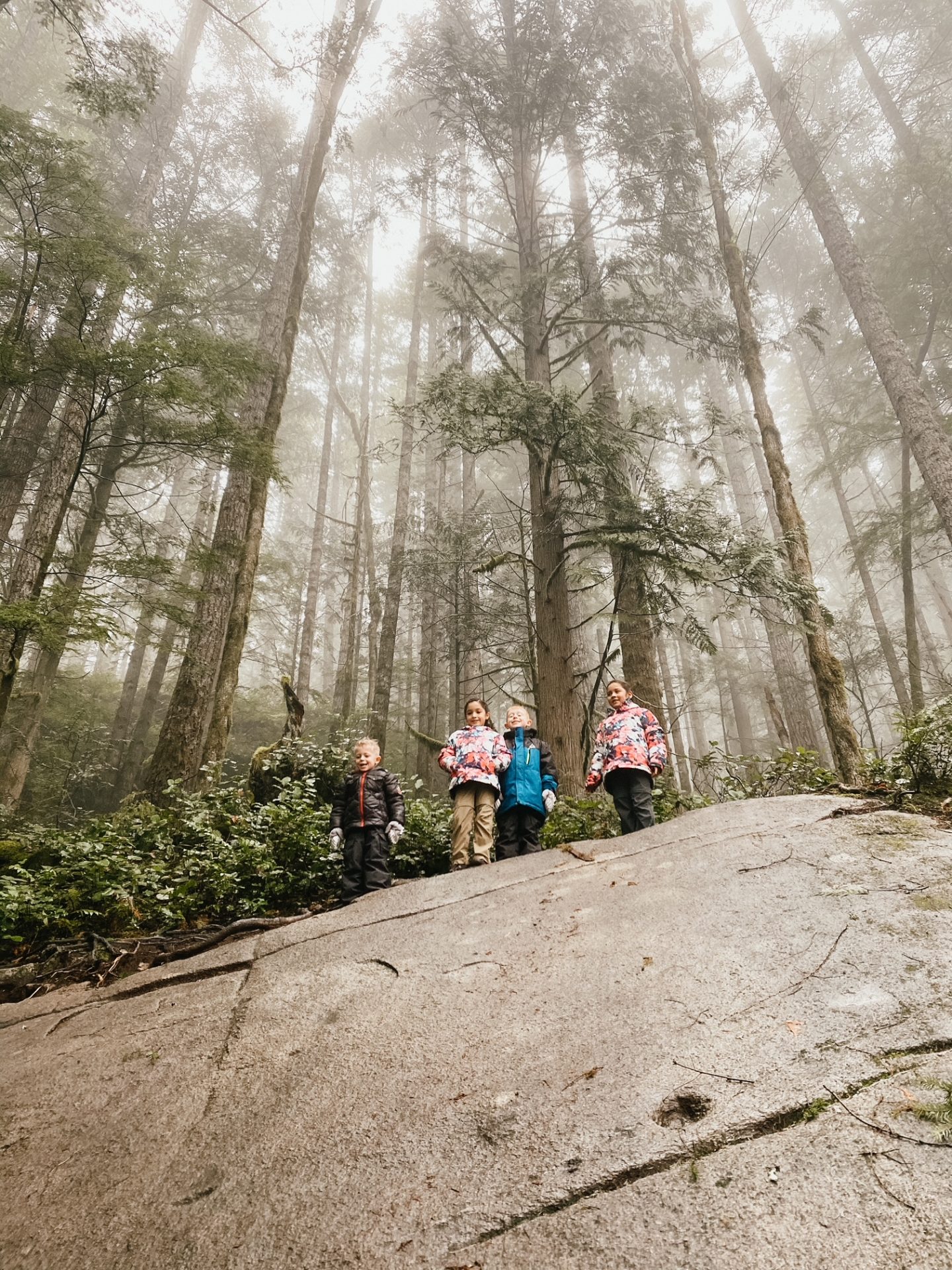 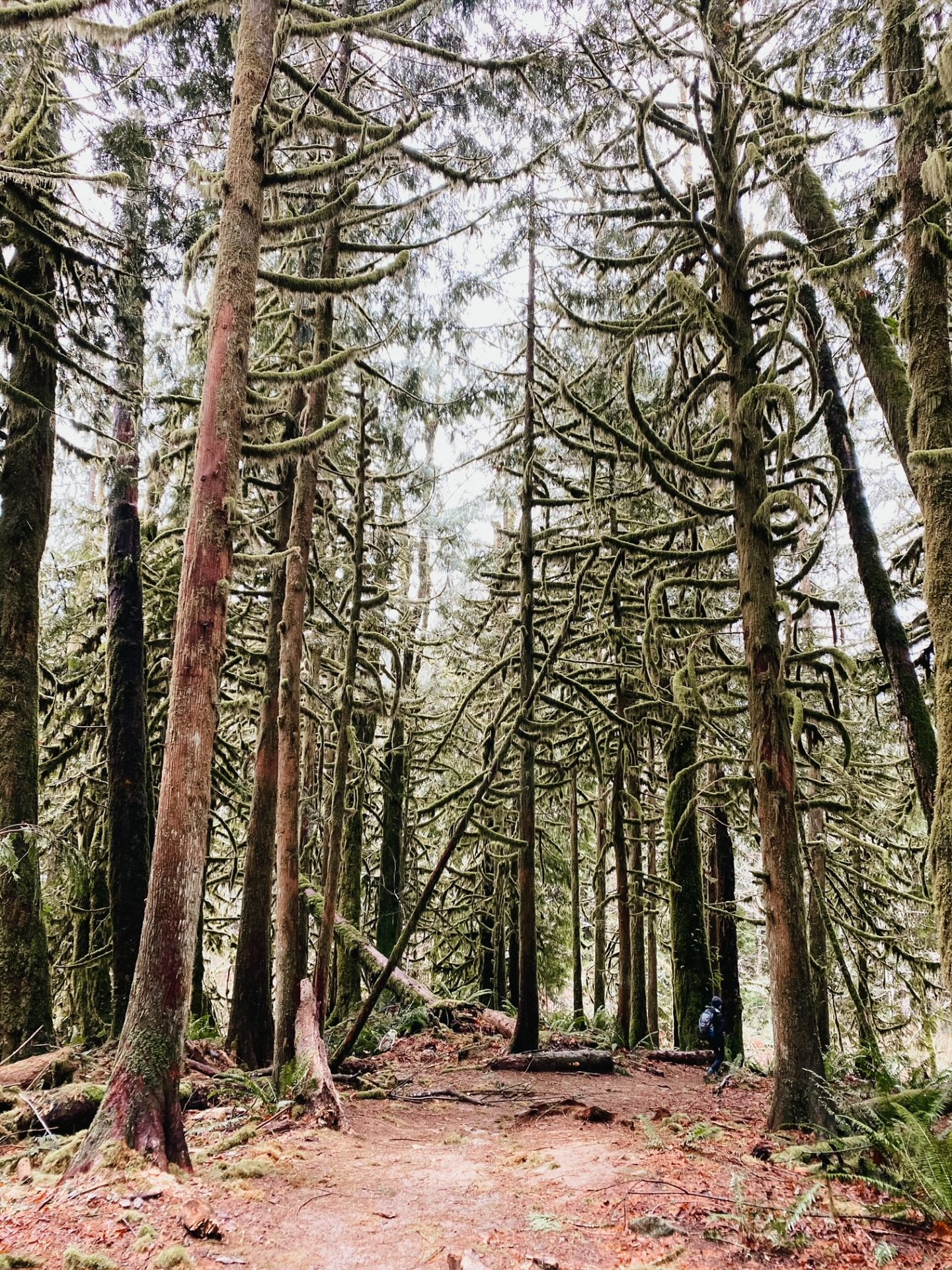 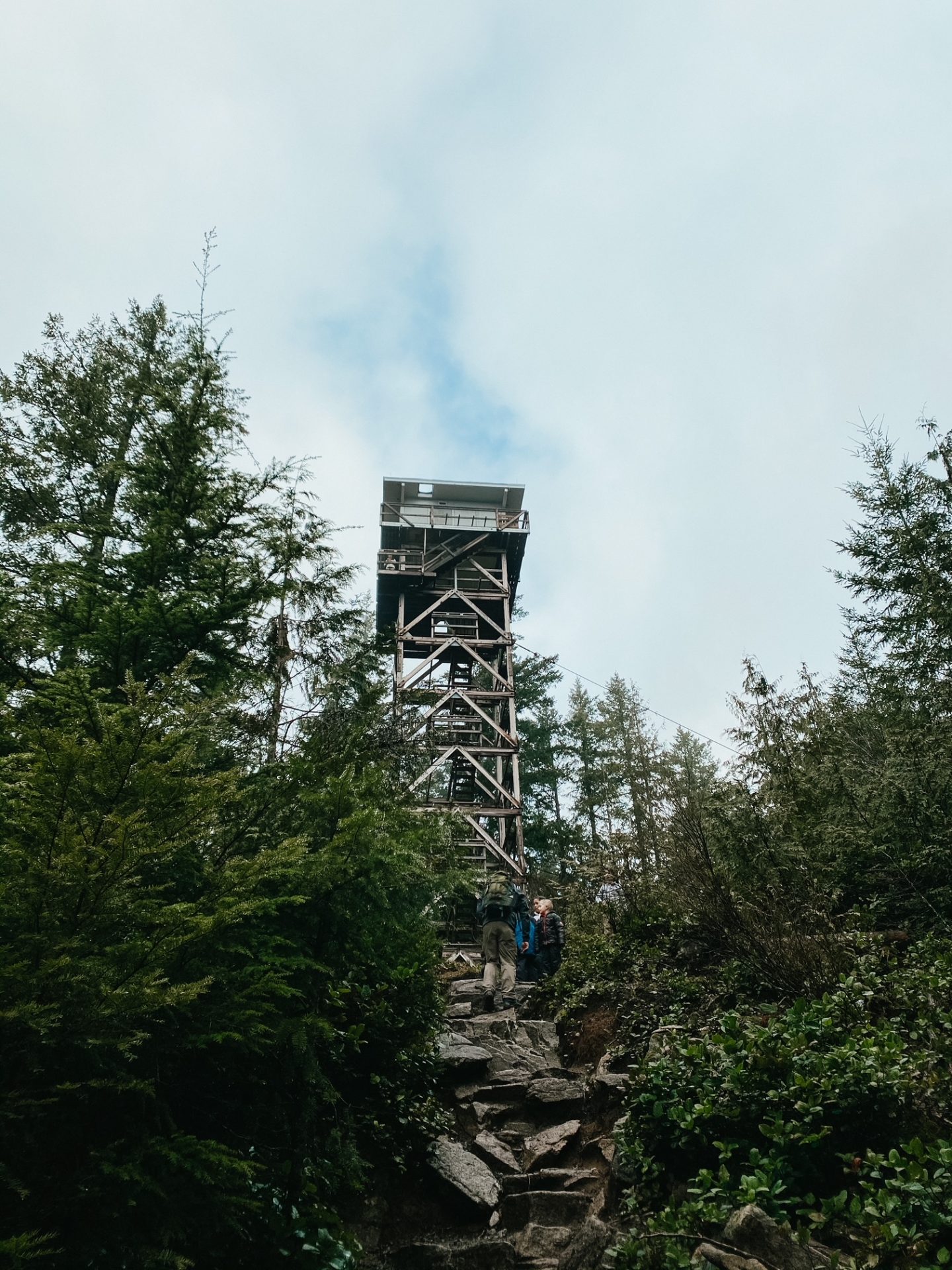 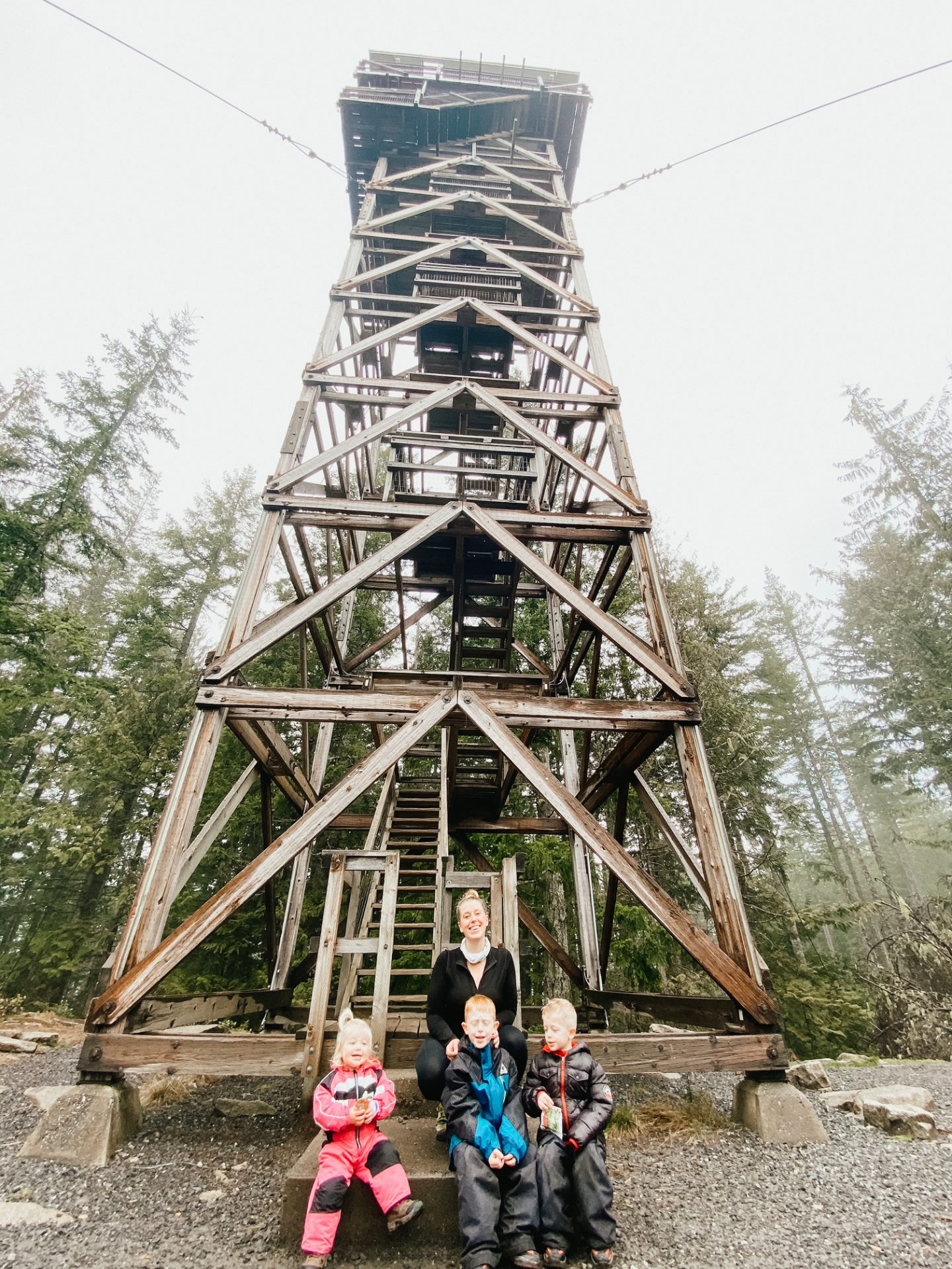 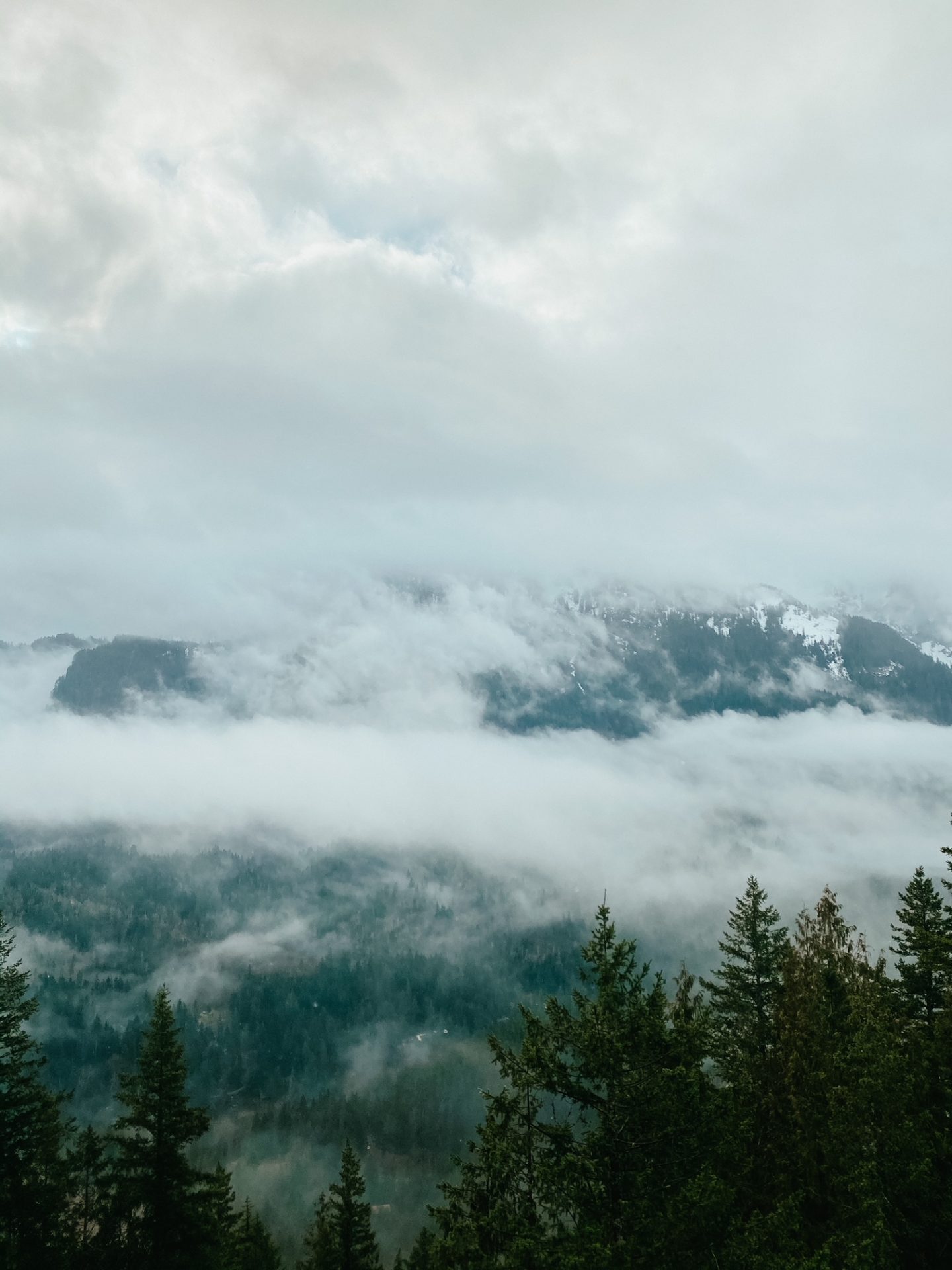 As expected on a drizzly day, Heybrook Lookout Trail was muddy, but it wasn’t so bad that it was impossible to climb. We took plenty of breaks along the switchbacks, and it took us about an hour to reach the top. Along the way, the kids spotted downed trees that looked like a helicopter, we saw dozens of widow-makers, and Mieke was all about the cascading streams along the side of the trail. Upon reaching the top, we were treated to some pretty spectacular views, as the clouds parted and we saw the mountains surrounding us. We are also really pleased to see people observing social distancing precautions well. Though unmonitored, only one group of hikers climbed the lookout tower at a time, and each group took a respectable amount of time for photos and exploring before letting the next group go.

We made it down much faster than we summitted, and the kids played red light/green light on the way down based on trail conditions. It was one of those hikes that was just hard enough to feel rewarding, but just easy enough to be enjoyable by all. Best of all, that’s our second hike of 2021, and we’re checking another off our list!

Trail Length: 2.4 miles out and back

Level of Difficulty: This hike is rated moderate for it’s short but steep elevation gain of 908 feet in 1.2 miles.

Cost: You’ll need your Northwest Forest Pass for this one.

Dogs: Yes! There were lots of well-behaved pups on this trail! Be aware that you park on a busy road though, so plan to leash your pup and exit your car accordingly.

Tips: In the winter, make sure your boots are waterproof. Layer your clothes because it gets hot while you’re climbing, and be sure to pack in/pack out and practice leave no trace principles.