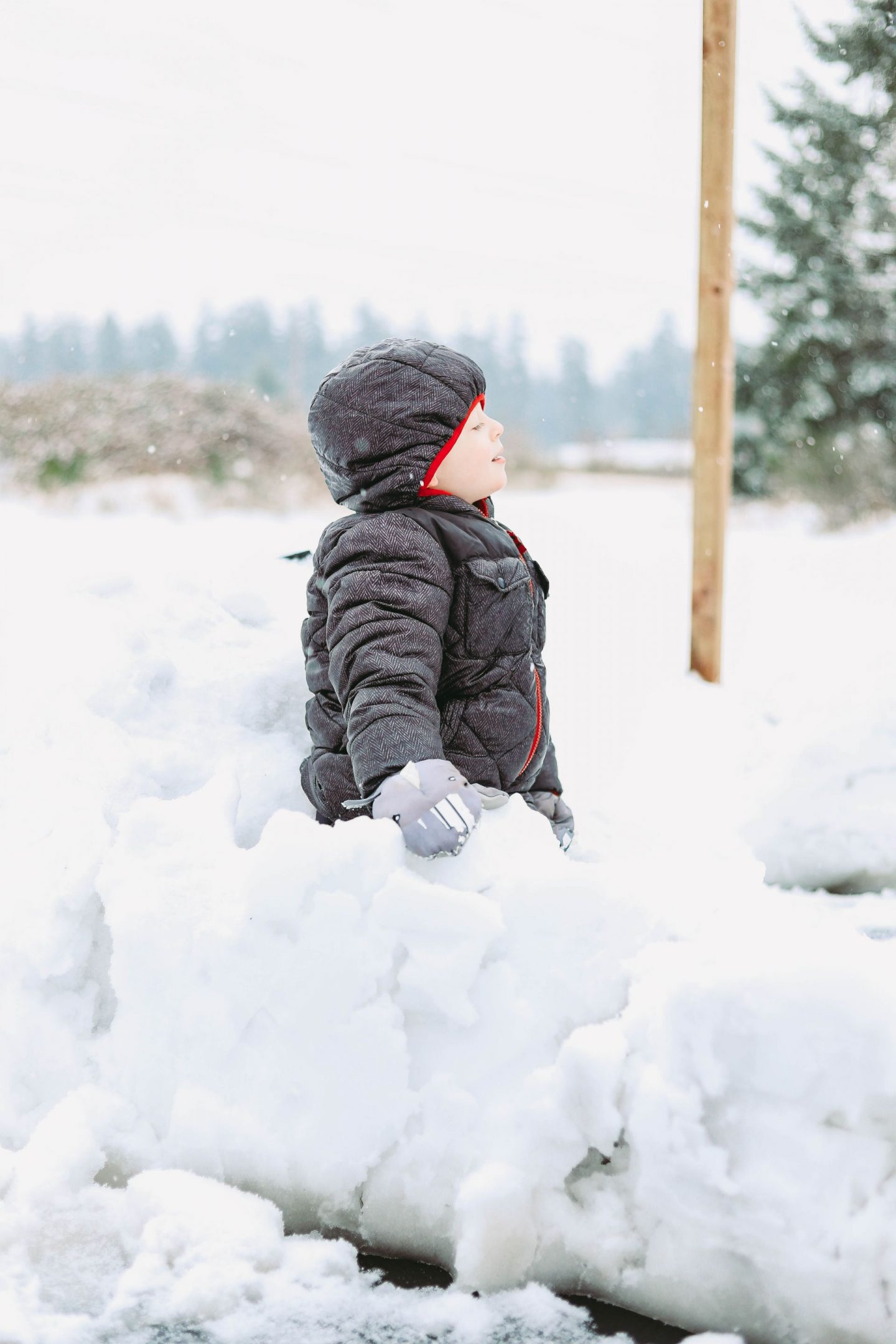 I’m coming at you from beautiful Colorado as I write this, but I’d be remiss if I didn’t spend the time sitting down and appreciating the beauty of when it snows in western Washington. We don’t get a ton of snow at JBLM, but when we do, the world sort of shuts down. It’s magical. I’ve always thought there was something beautiful about snow days – especially that first snow – but this was just extra beautiful. Perhaps it’s because it was respite from trying to travel during the snowpocalypse, or perhaps it’s because we have the best neighborhood ever, but it was just so fun.

When we woke up to a thick blanket of heavy powder on the ground and a long time till our flight that evening, I knew it was worth unpacking our snow gear to soak up the fun outside. Don’t get me wrong; bundling three children up for snow play is hell. Pure and simple. But, it’s well worth it in the end. The kids were more than willing to “help” shovel the driveway, then we sort of gave up and ended up sledding in a drainage ditch on this military post. If that doesn’t scream military life, I don’t know what does. 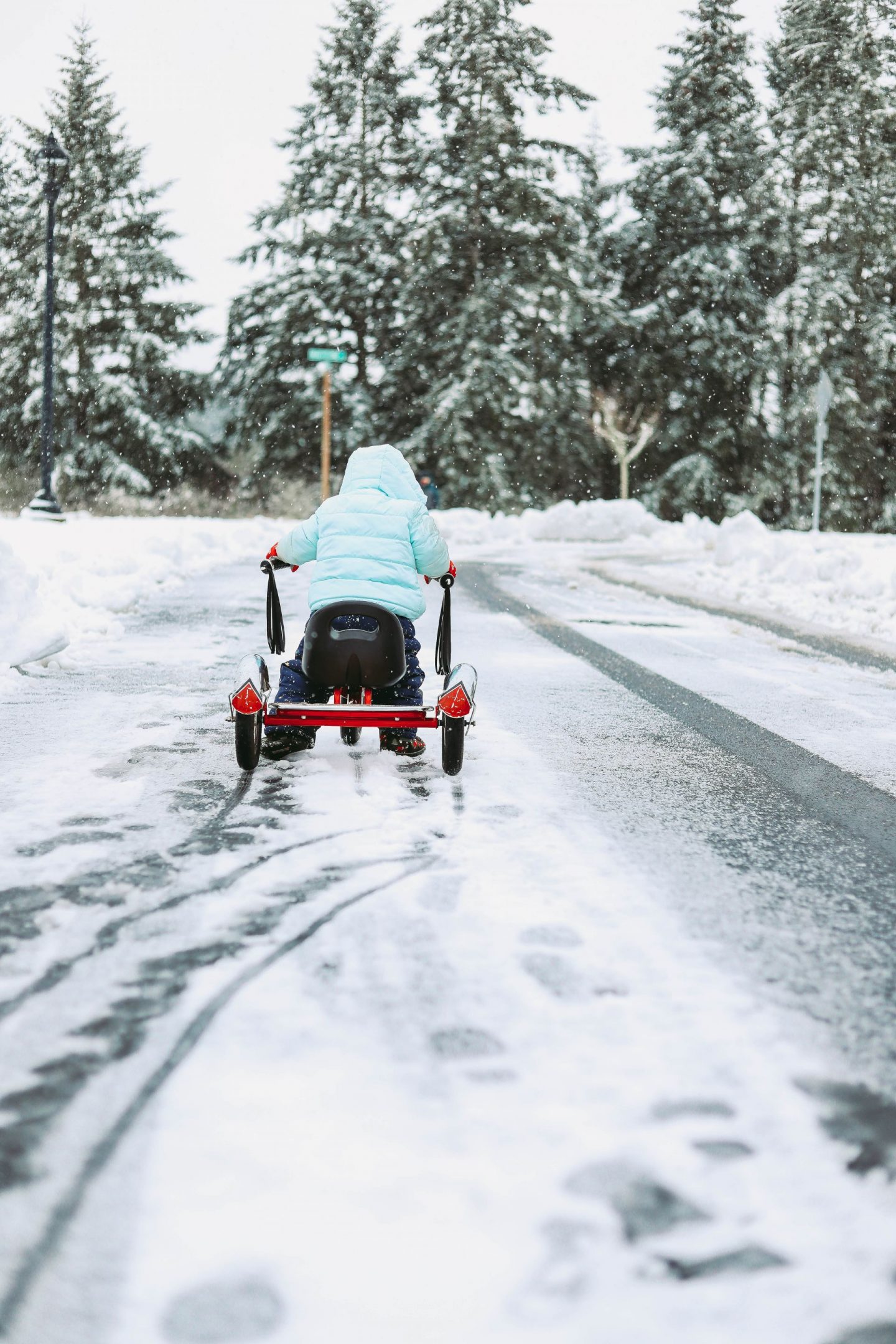 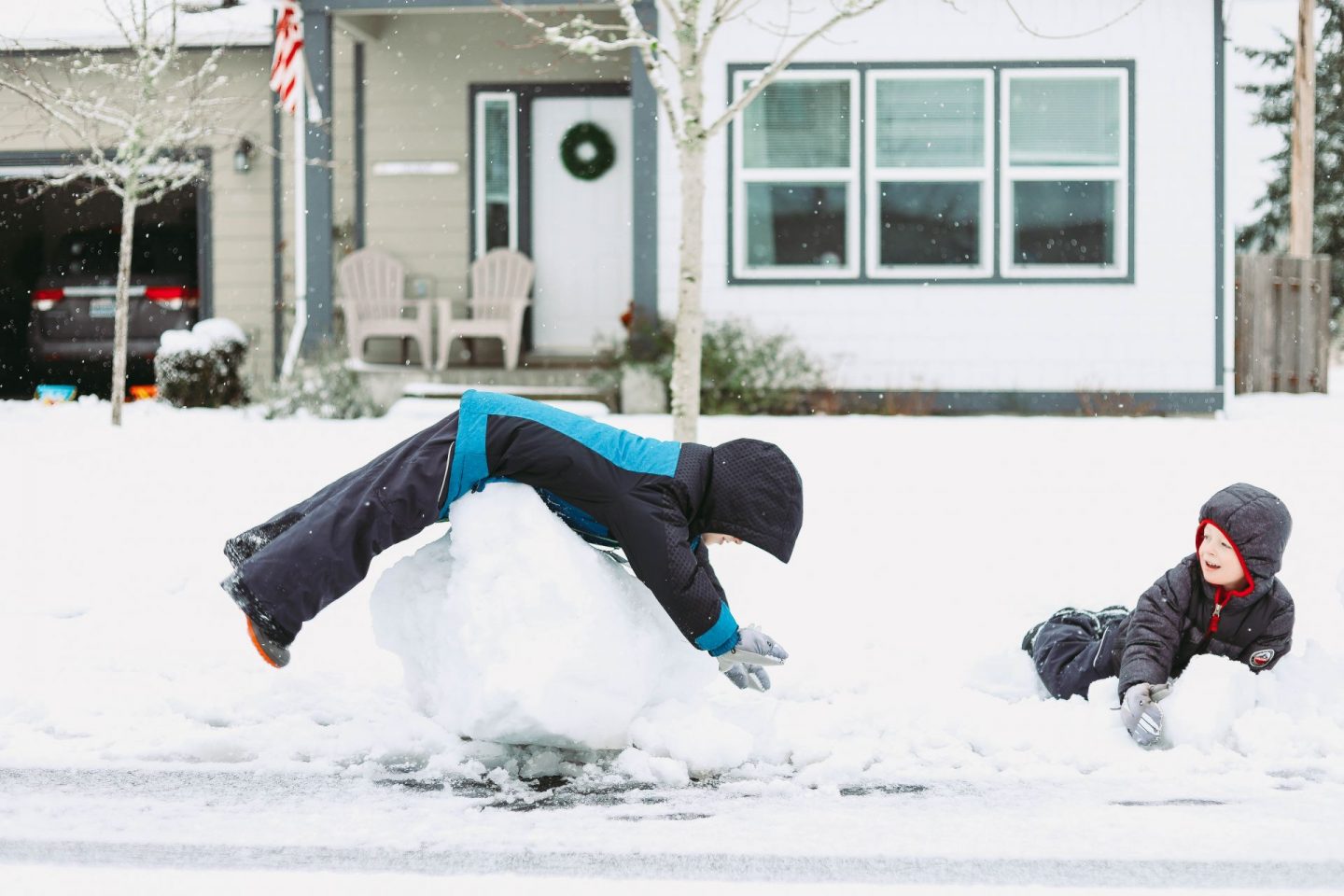 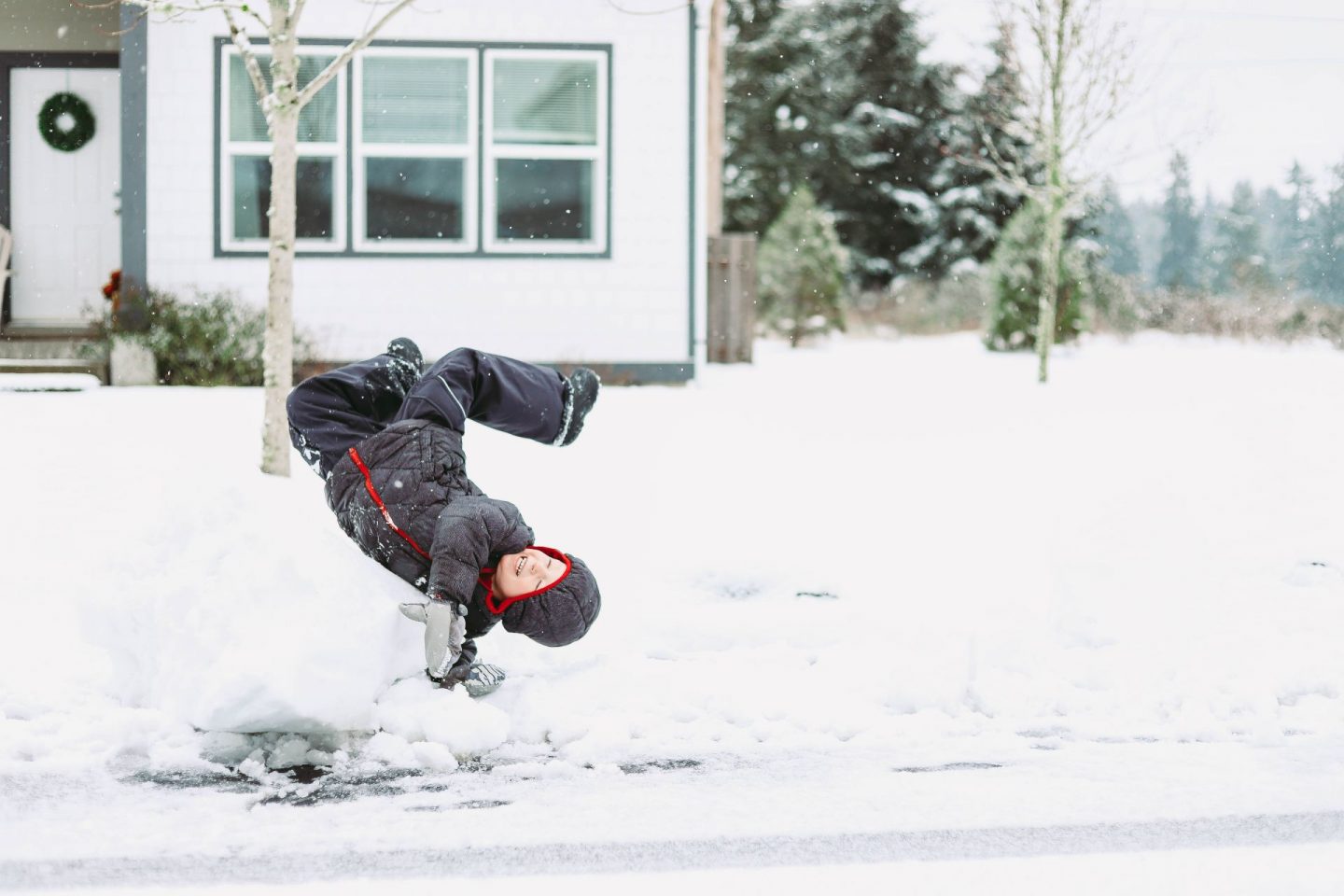 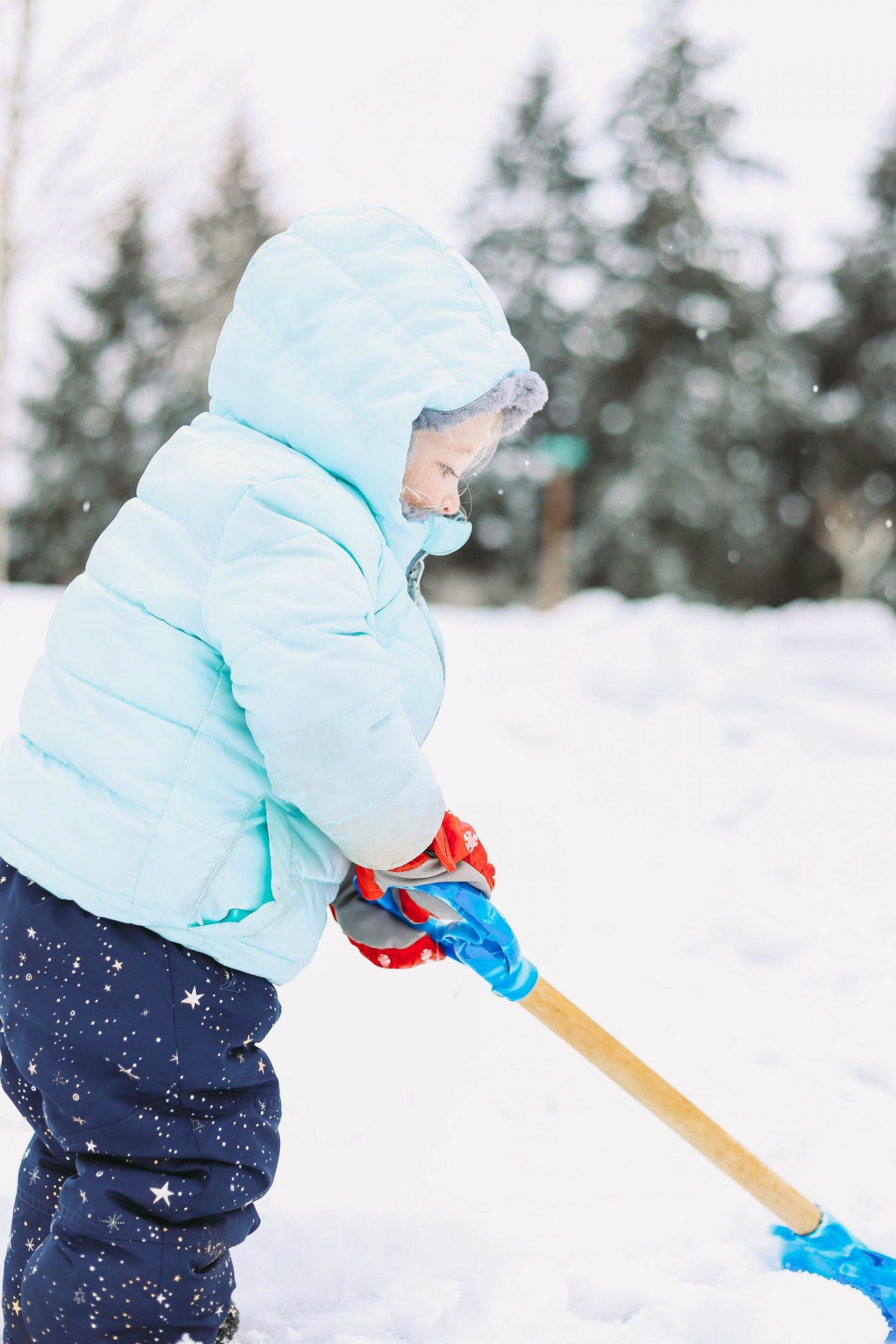 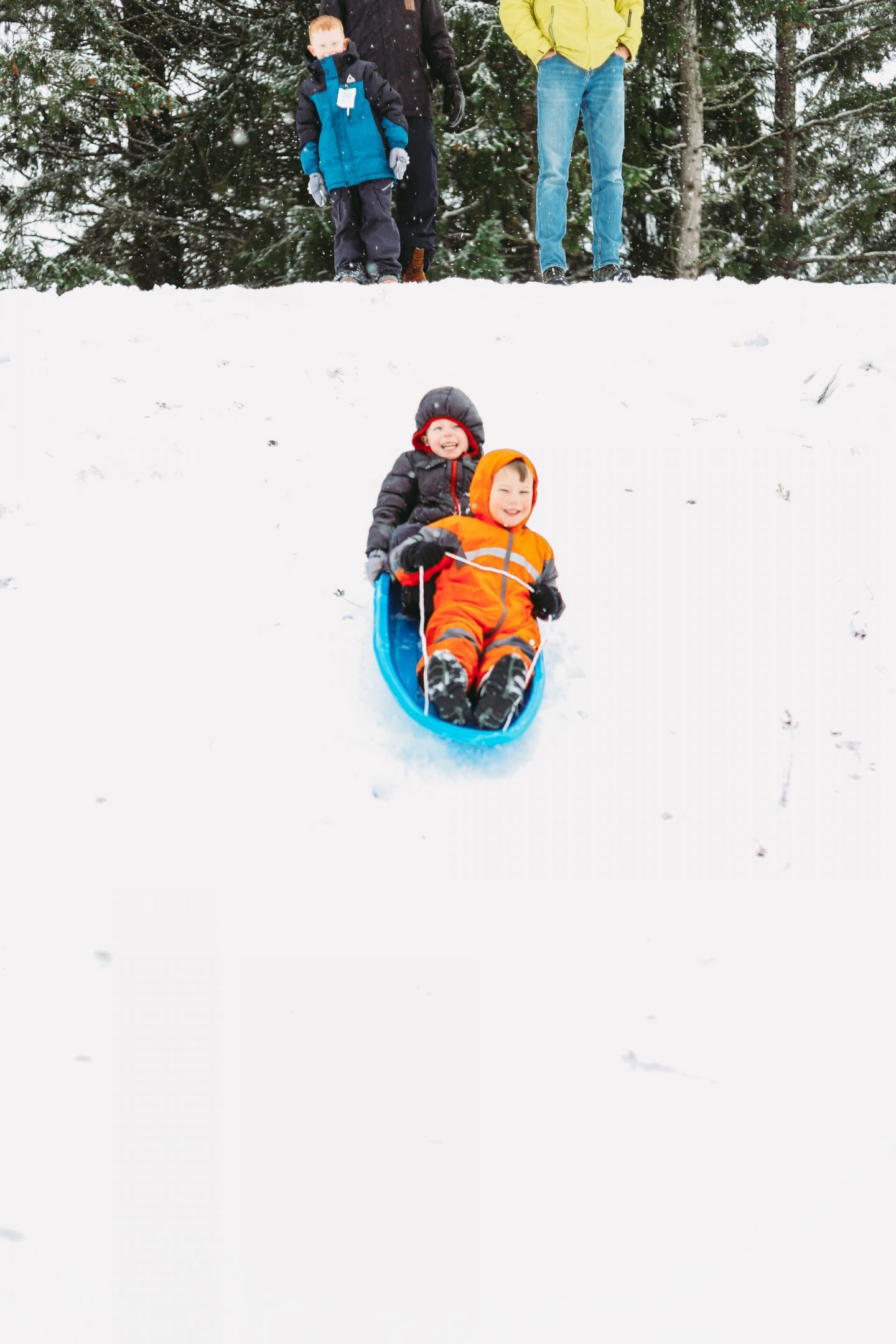 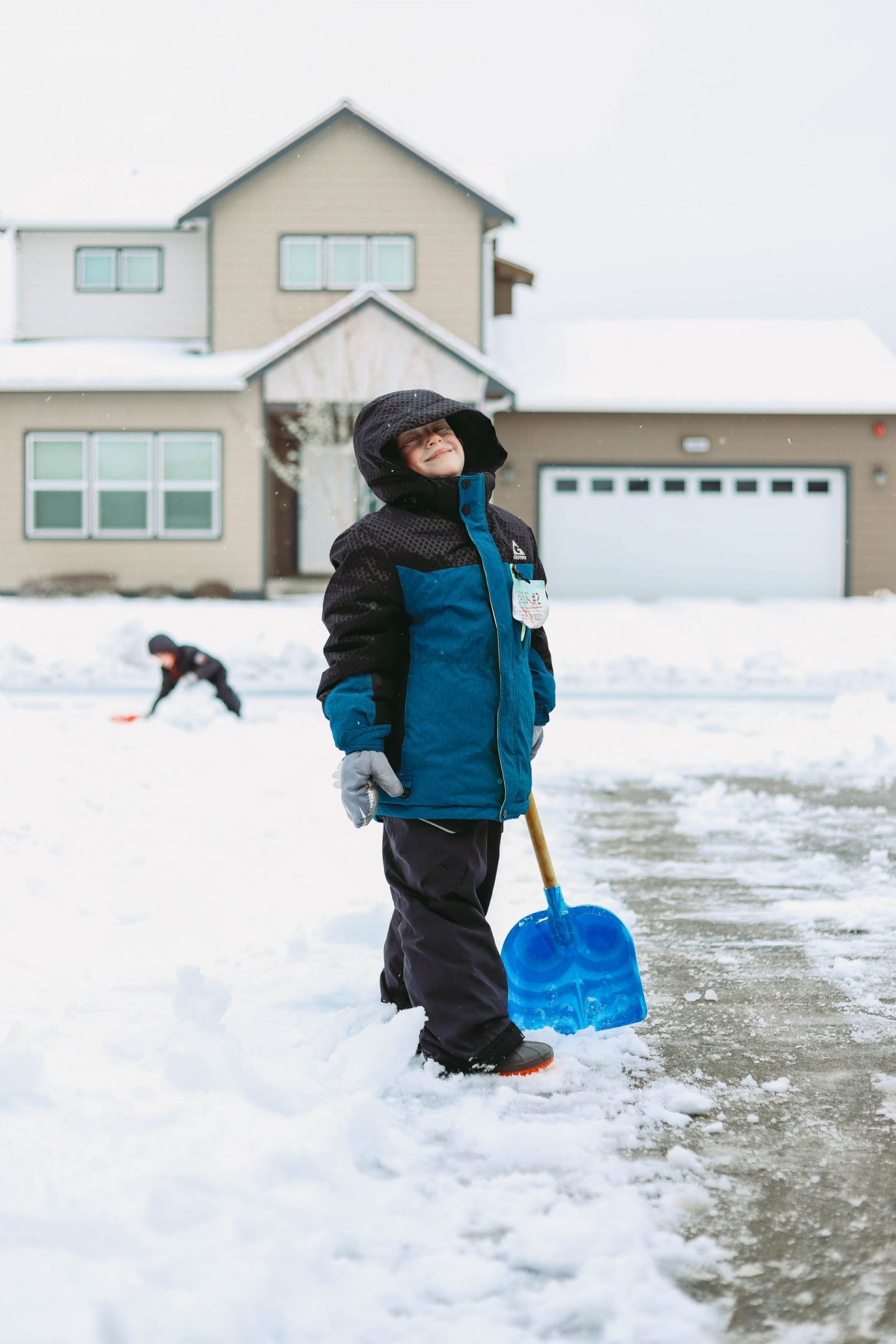 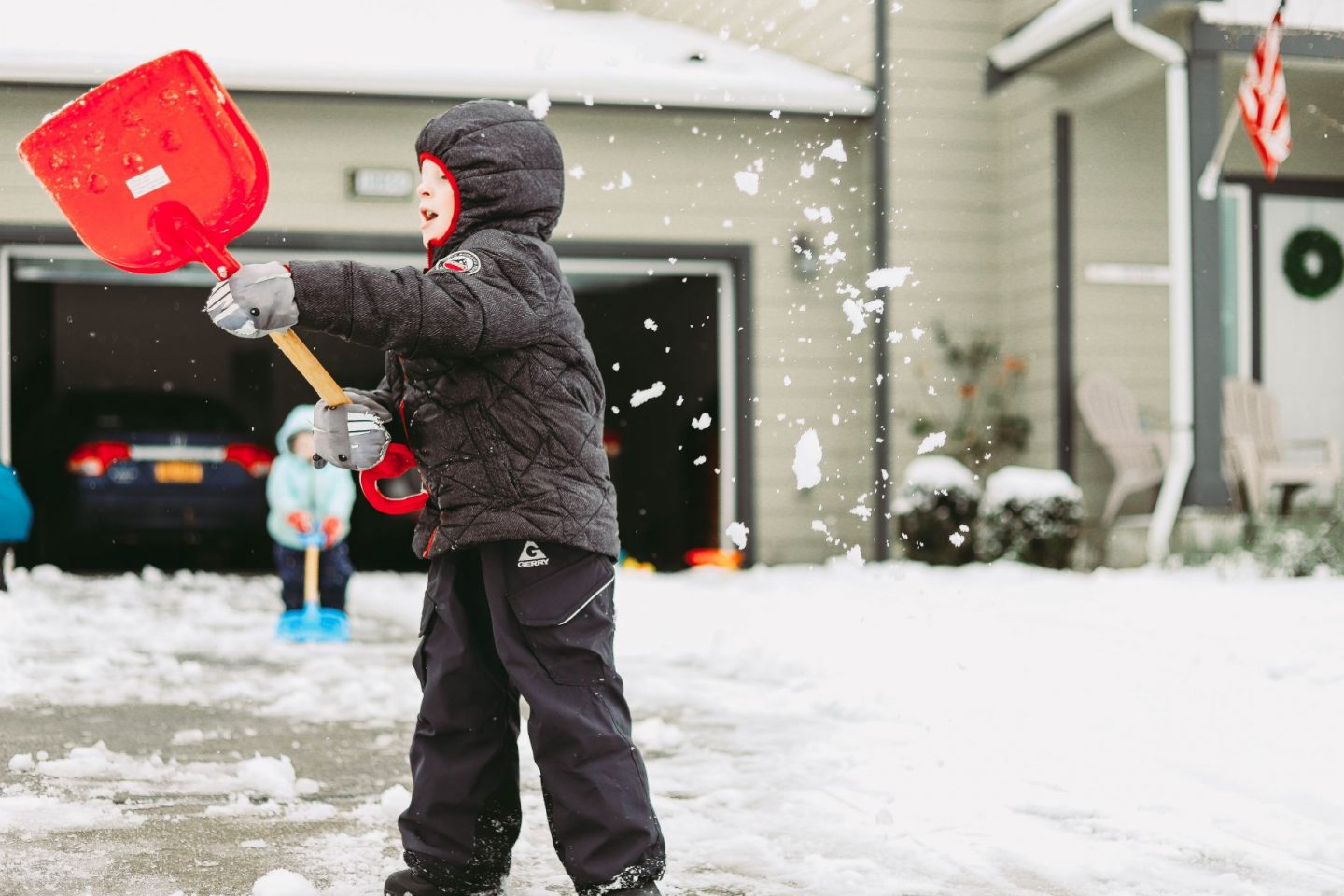 Mieke’s still kind of hit or miss when it comes to snow play. She hates mittens but loves walking around in it. She hates big hoods, but she loves her boots. Porter is the opposite. He’s all about it. He will go flying into snow piles and banks and just enjoy every second of it to the fullest. Spencer is somewhere in between the two of them.

When we lived at Fort Drum, the base was prepared for snow, as was our town in Black River. The roads were salted and plowed hourly, and people sanded their driveways. When it snows in western Washington though? Nothing. No prep. Nada. So, if you’re ever heading through this area or being stationed out here and wondering, does it snow at JBLM? Allow me to dispel those notions. No, it doesn’t, but when it does, it’s heaven

I know when we get back from Colorado’s winter wonderland, the snow will be gone, but I’m so glad we had these fun times together before we move to Korea in a few months.

Tell me – has it snowed or frozen over where you are? Stay warm!