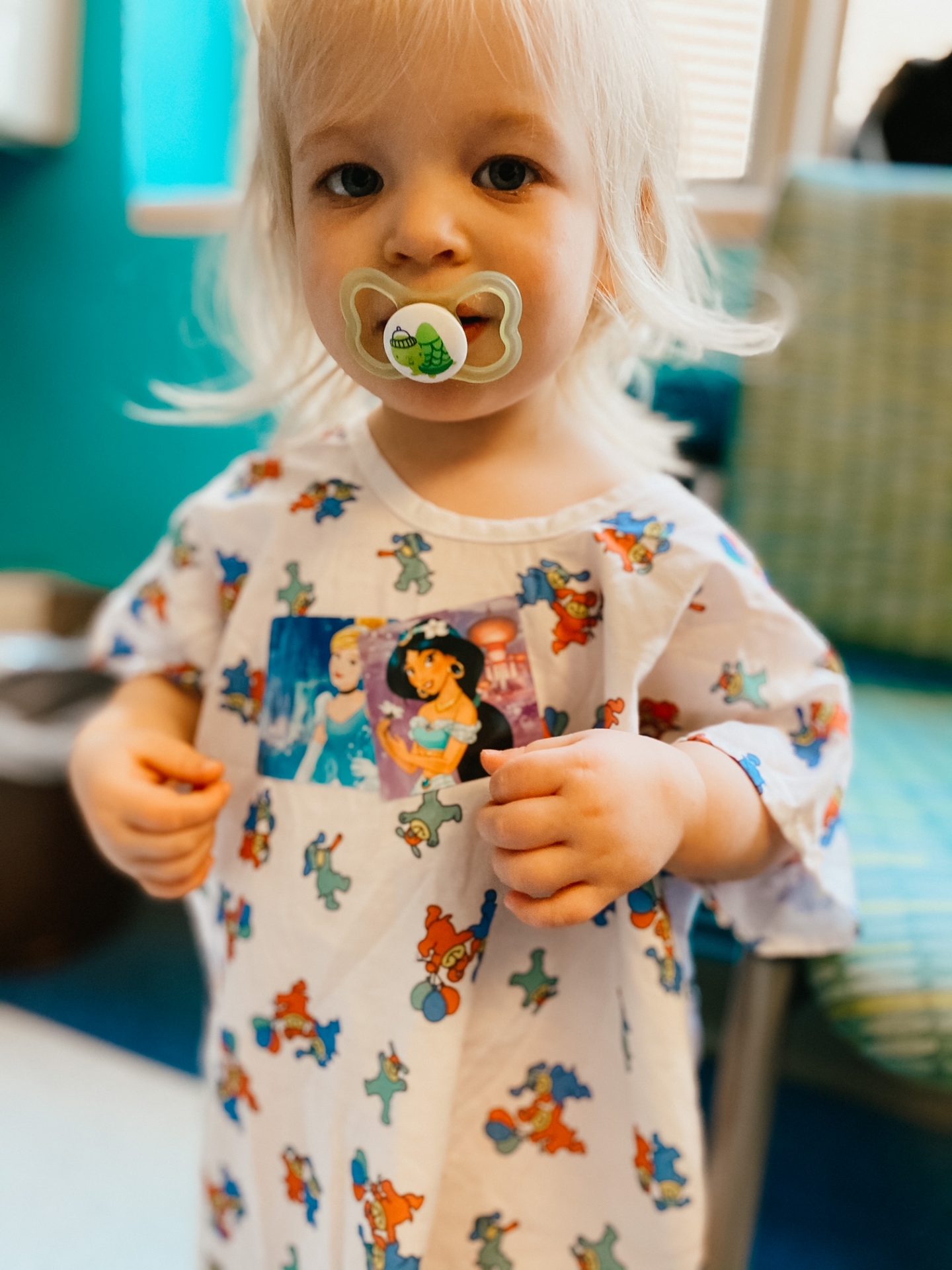 Happy Friday, friends, and cheers to the final Friday of March! Just like February, I’m ready to bid March farewell, if only to say goodbye to this last TDY we’re still in the thick of. Thankfully, the Army let Ryan come home for about 36ish hours to help during Mieke’s surgery this week, so that was a nice little intermission and topped our list of wins for the week this month. Honestly, it’s been an emotional week, but the silver linings are there, and I’ll always seek them out! So, without further ado…

Wins for the Week

This was our biggest win for the week! We’ve been waiting for Mieke’s nasolacrimal duct repair for over a year, and we were finally able to have it done this week. It was iffy for a moment because she had a bit of a cough, but the anesthesiologist said he felt comfortable proceeding, so we got it done! Despite the sad photos, she’s doing fantastic, and she’s feeling great. We’re so proud of our girl. 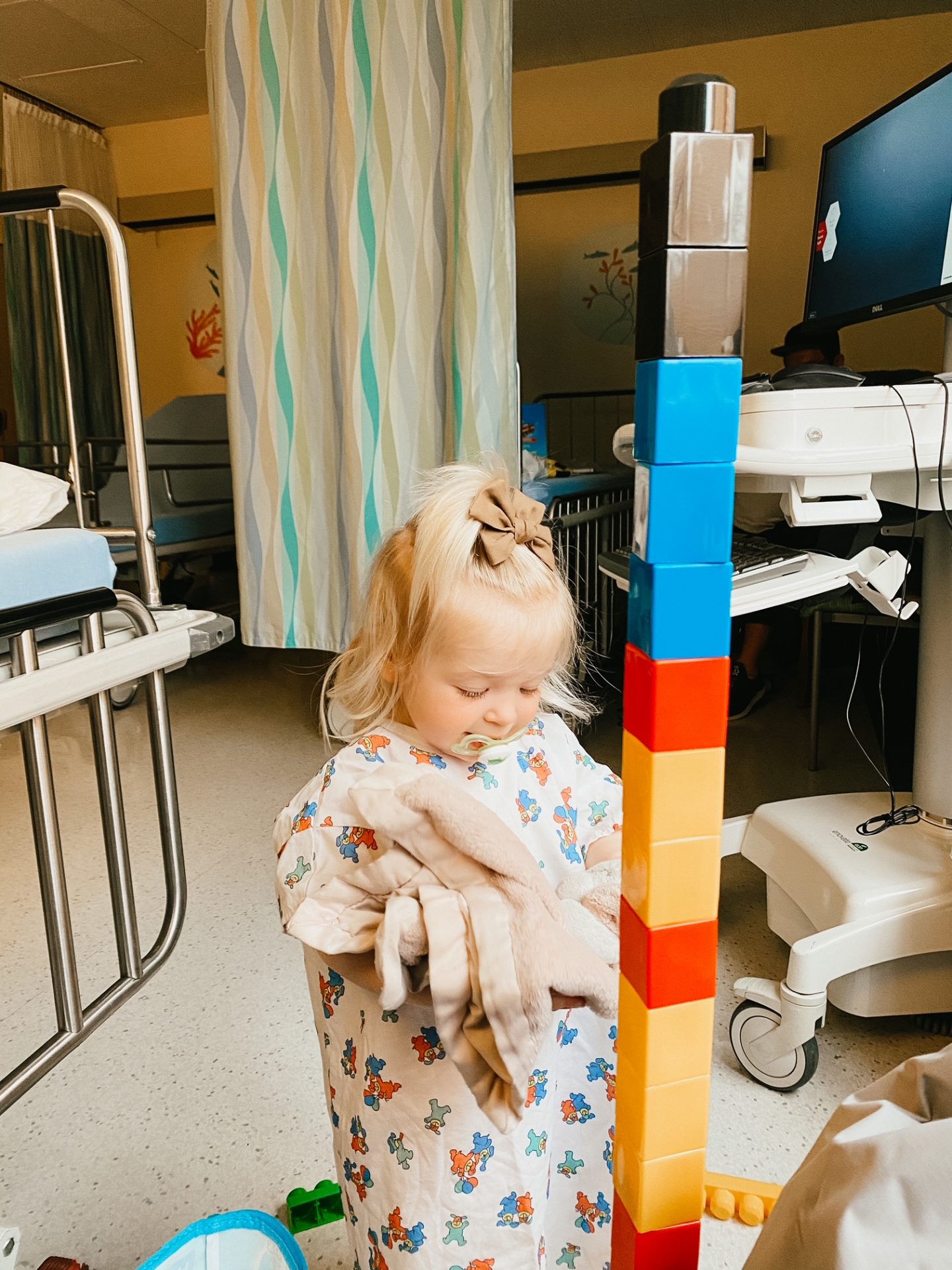 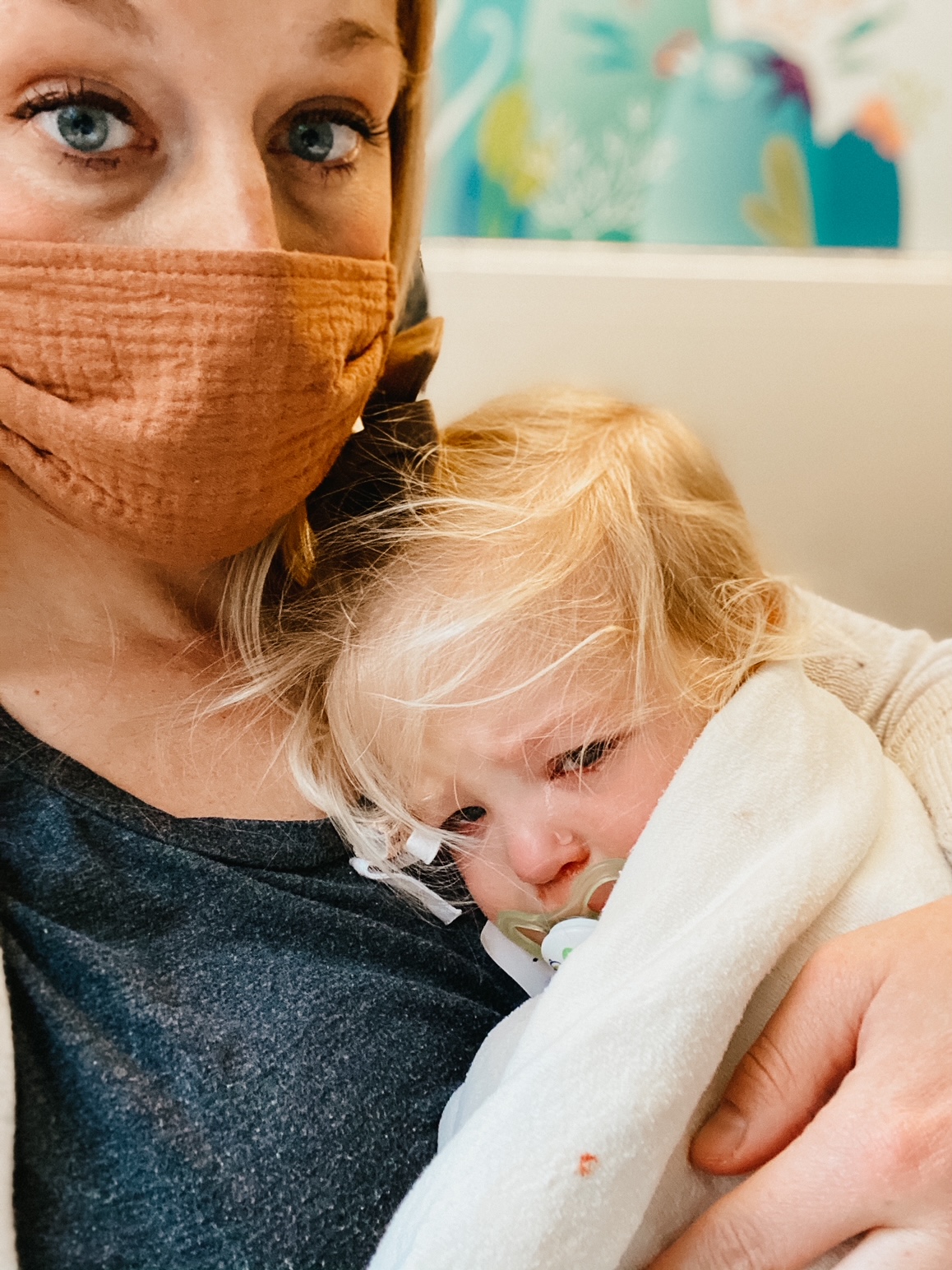 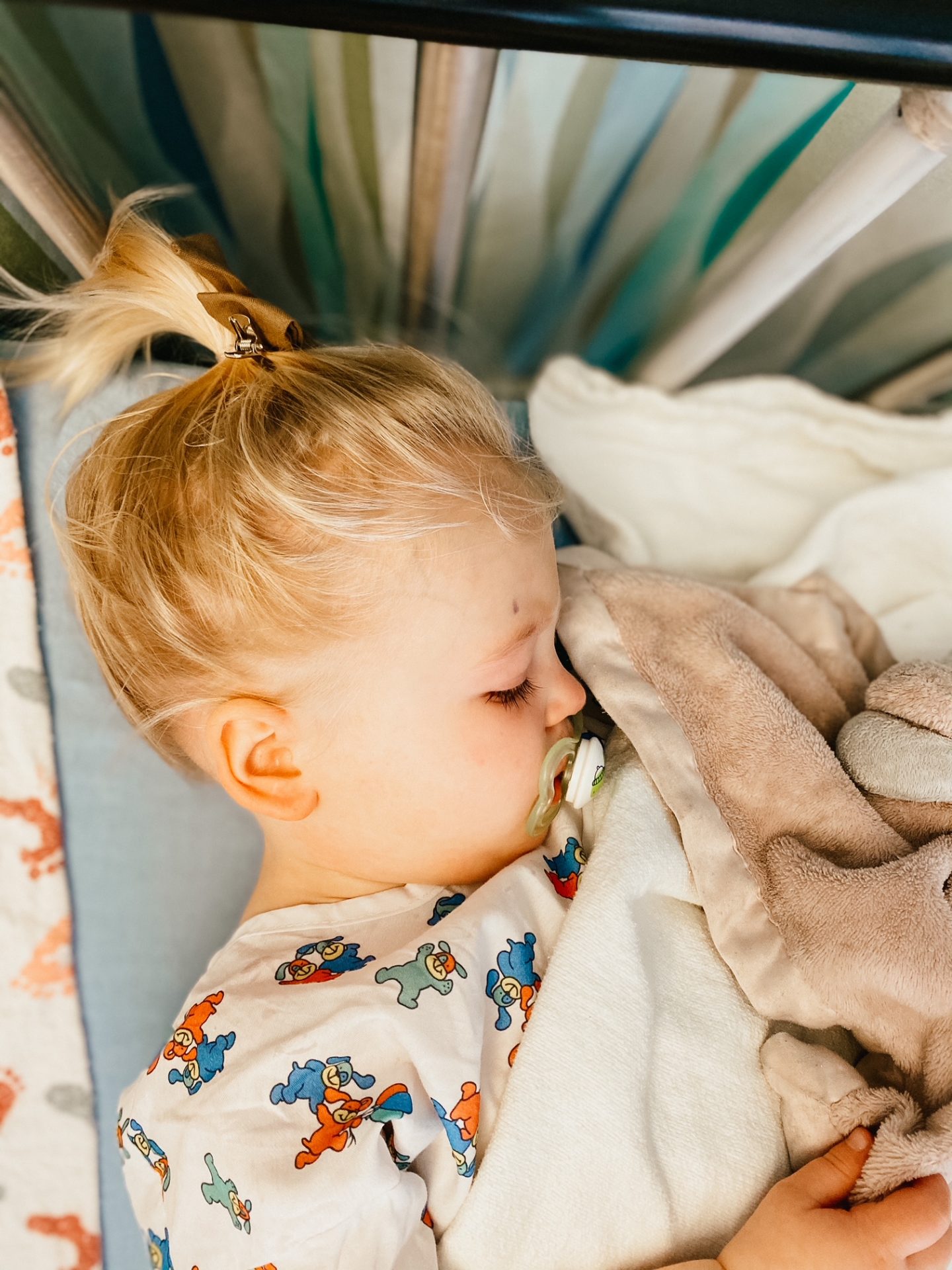 2 // Our Peloton delivery was scheduled

We ordered our Peloton bike about two weeks ago and were quote three-to-five weeks for delivery. Well, it’s being delivered next week, and we’re beyond excited. We may actually get some good use out of it before our packers come and ship it to Korea.

We’ve got less than a week left of Ryan’s current TDY, and we are so ready for it to be done and to be back together as a family again. JBLM will forever be the duty station of endless TDYs for our family, so we’re ready for a little bit (read: a lot) of togetherness in the coming months and years as we embark on this next adventure together. 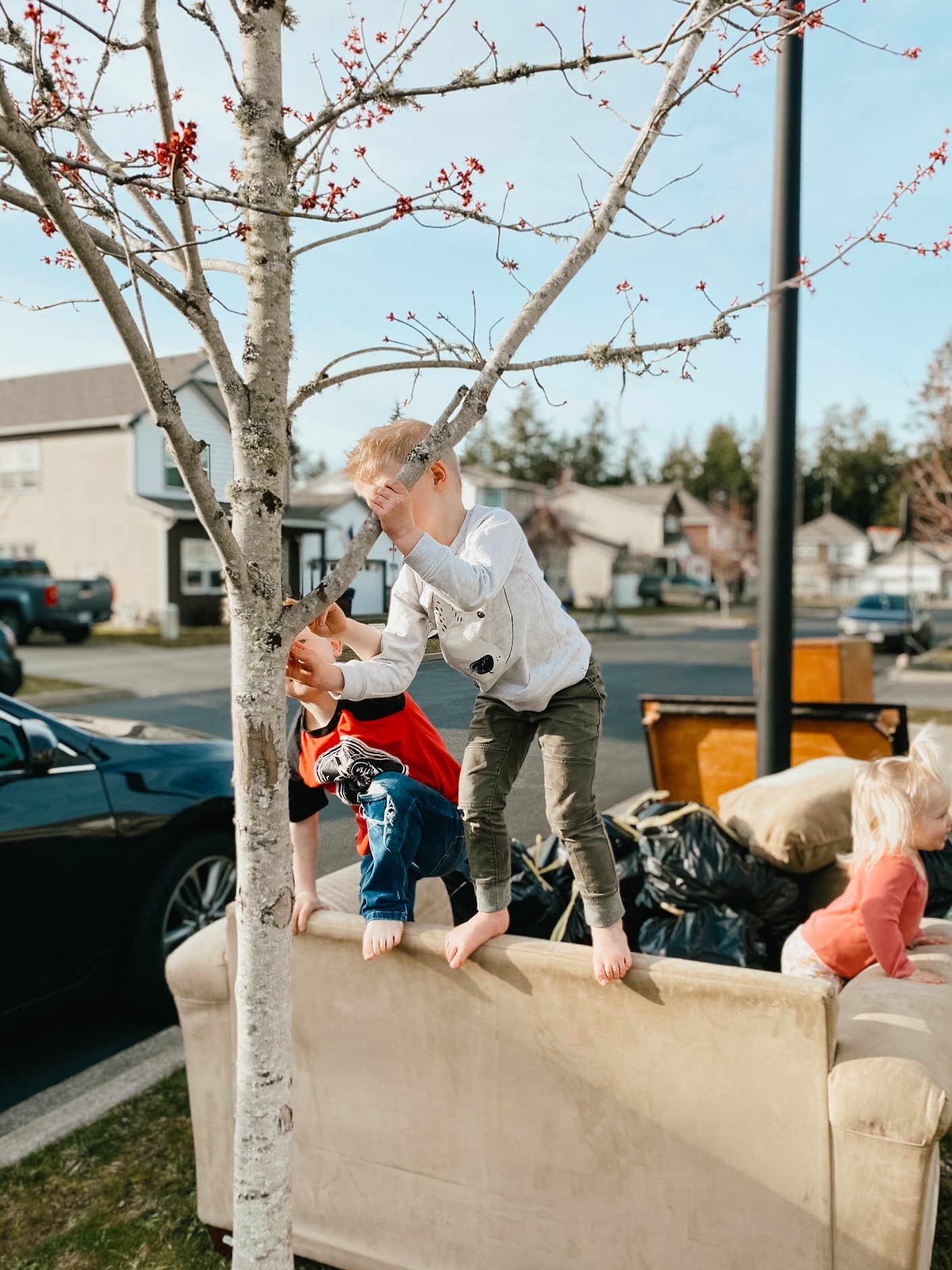 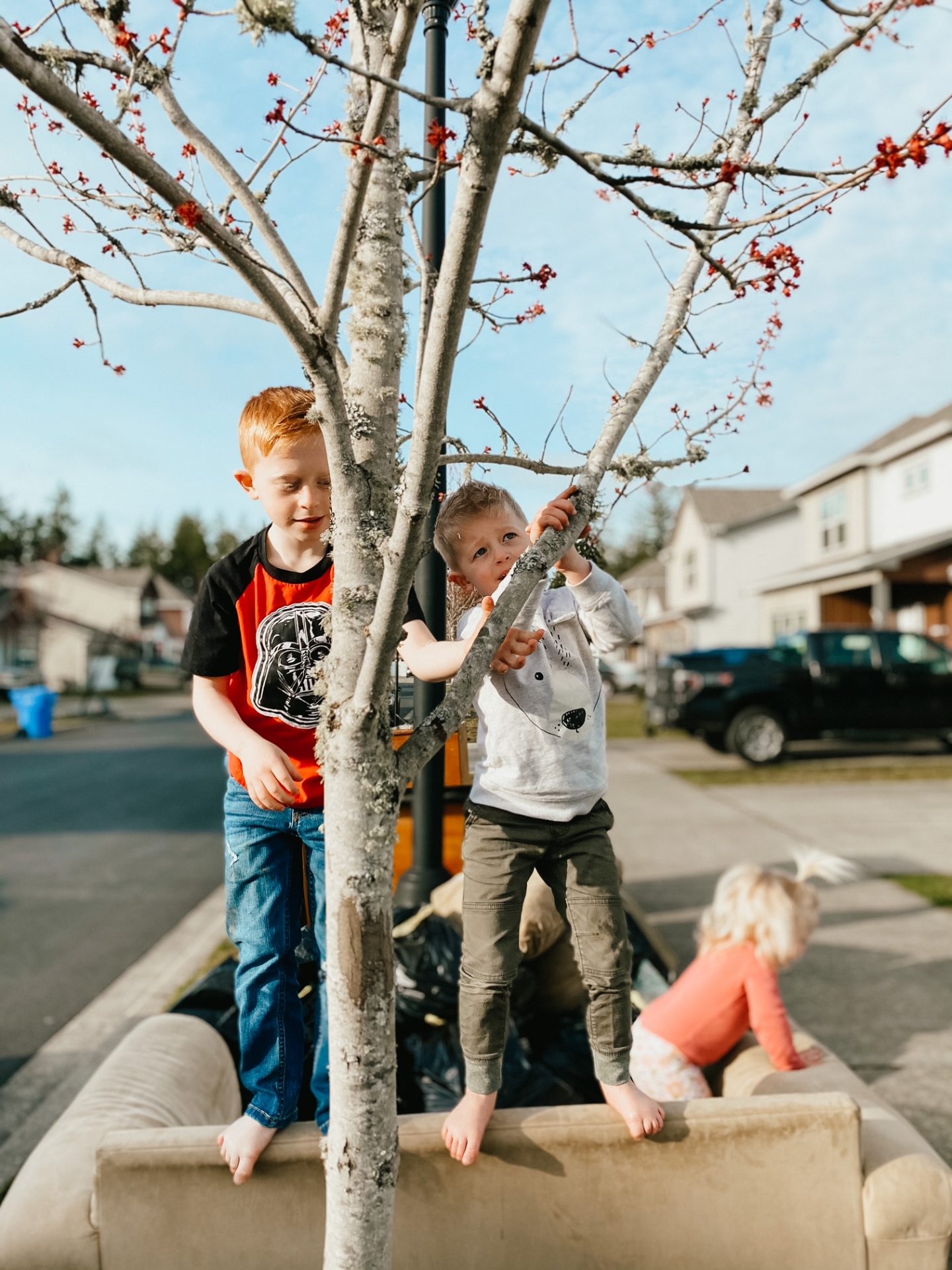 I know this doesn’t sound really exciting, but it is! One of the biggest parts of PCS prep is purging all the clutter. Living on post at JBLM, we get one free bulk waste pickup each year, as well as one free bulk pickup 30 days prior to moving. This was our first of the two. We got rid of a lot of stuff, including our barrio couches from when Ryan and I first got married and bought furniture at Fort Huachuca. It’s the end of an era.

5 // Danny had her FAVN test this week

One of the steps in exporting our pets to Korea with us is a rabies antibody screening, or FAVN test. It’s a pretty simple, albeit extremely expensive, blood draw in which they search for rabies antibodies in her blood. It should be completed within 21 days of her last rabies shot. We had it done on Wednesday, but the sample hemolyzed, so we had it done yesterday again, and we finally got a clean sample. That’s another check box marked in the PCS process!

I’ve been doing these wins for the week posts for about three months now, and I definitely feel a heightened sense of gratitude in doing so each week. I wanted to ask you guys…would anyone be interested in posting there own? If so, I may open a linkup in the coming weeks. Either way though, I hope you have a beautiful weekend ahead, my friends!

Tell me – what were some of your wins this week?