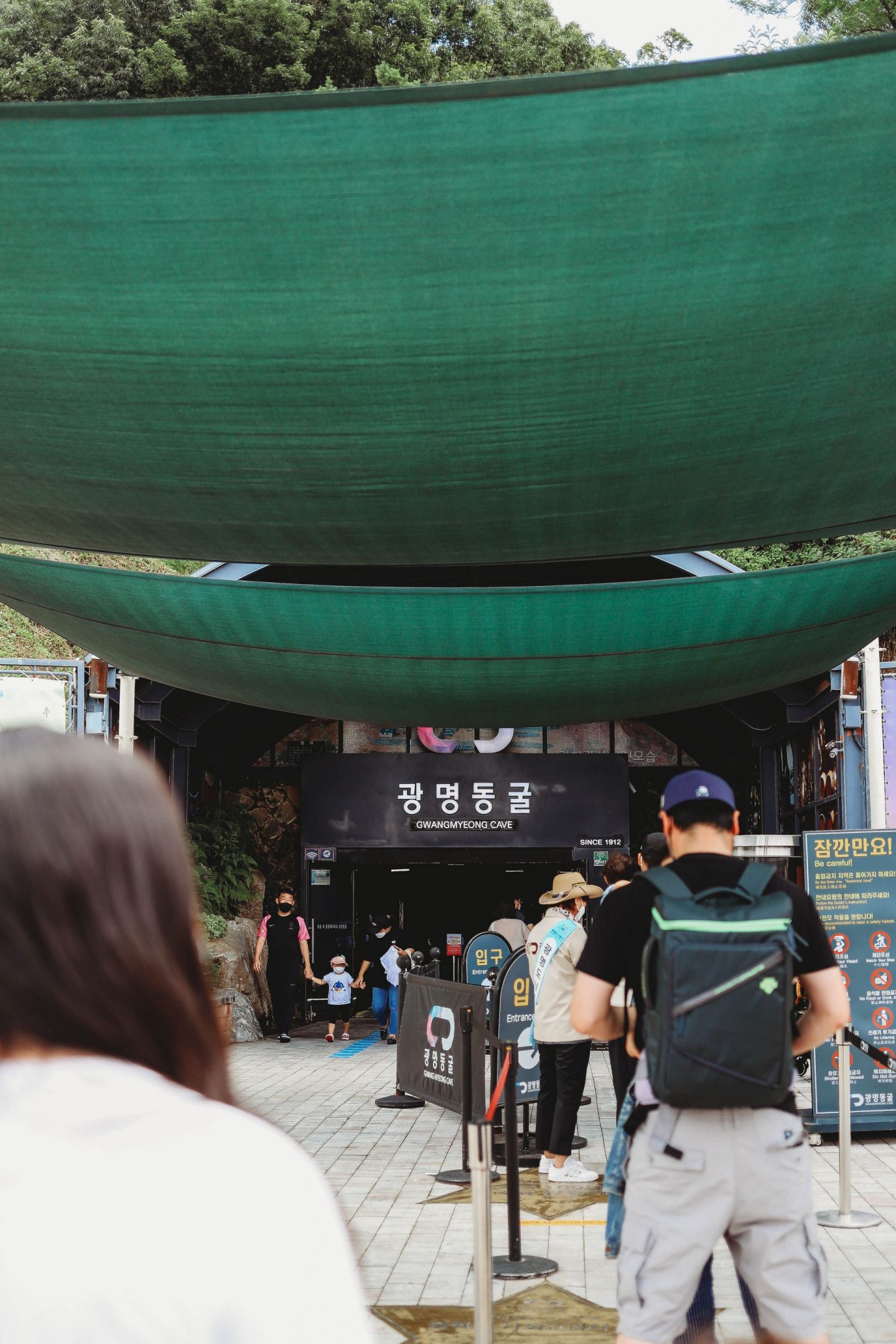 I don’t know about your neck of the world, but here in South Korea, it’s been insanely hot lately. We’re talking temperatures in the mid- to upper-90s each day with the humidity hovering around 95-98% each day. Look; I lived in Florida for a couple years, and I thought I understood humidity, but this is next level! So, with heat warnings in place, we decided this past weekend that an adventure involving shade was necessary. The perfect choice for us? Gwangmyeong Cave in the eponymous Gwangmyeong. I mean, seriously…what could be better on a hot day than a cold, damp cave, right?

The History of Gwangmyeong Cave

I did a bit of reading on Gwangmyeong Cave before we went, and I learned that Gwangmyeong Cave had a much darker history than today’s appearances might suggest. Gwangmyeong Cave was once Shiheung Mine, an active mine in operation from 1912 while Korea was under Japanese rule. It was used for mining operations where forced laborers were made to mine for gold, silver, and zinc, and other minerals. During the Korean War, the cave sheltered residents and was then closed for nearly 40 years.

When the mining operations were shut down, local people in this remote mountain town actually used the cave to store salted shrimp and dried food stores. Then, in 2011, the cave was bought by Gwangmyeong City and transformed into a cave theme park and destination rooted in the desire to preserve a piece of Korean history. 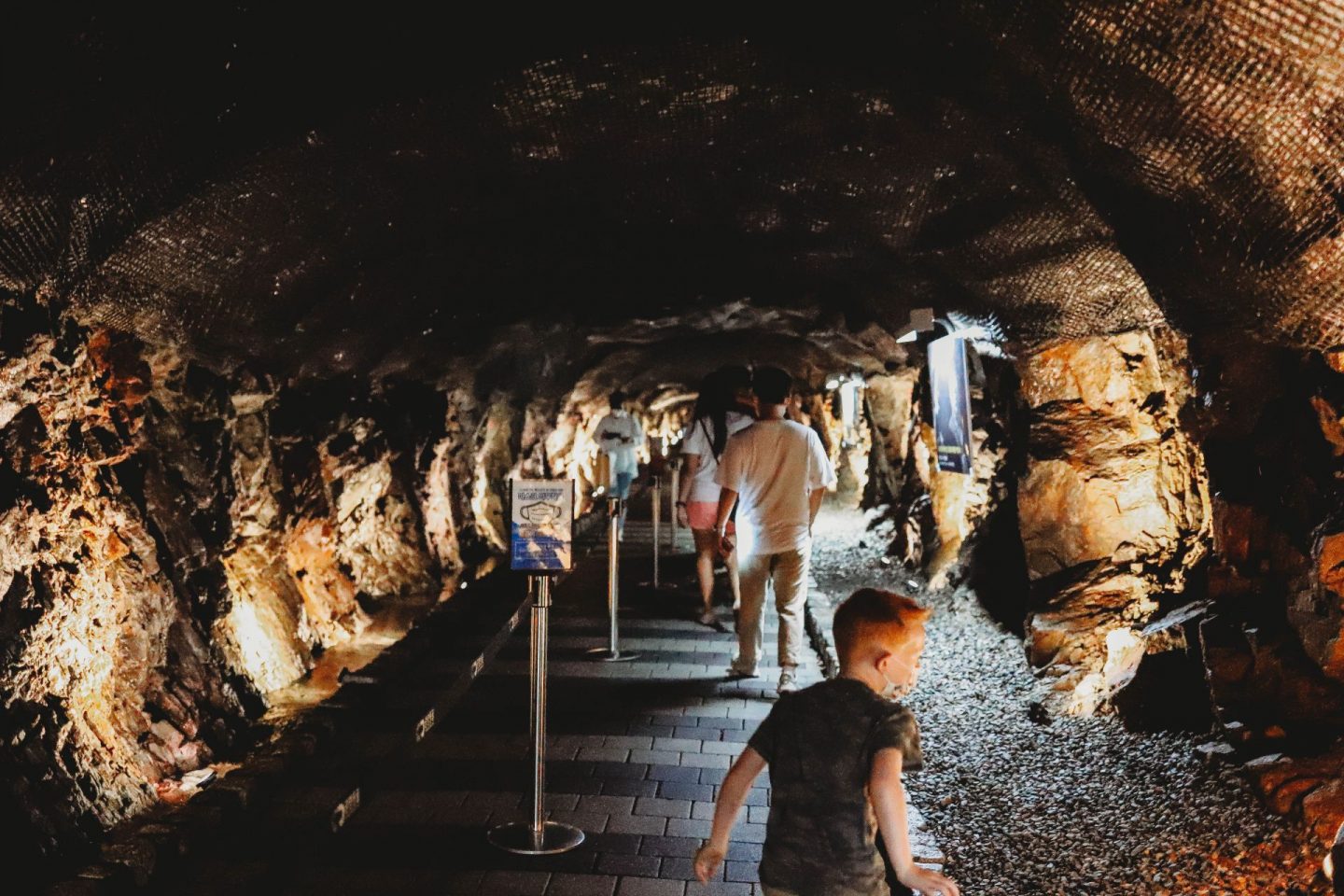 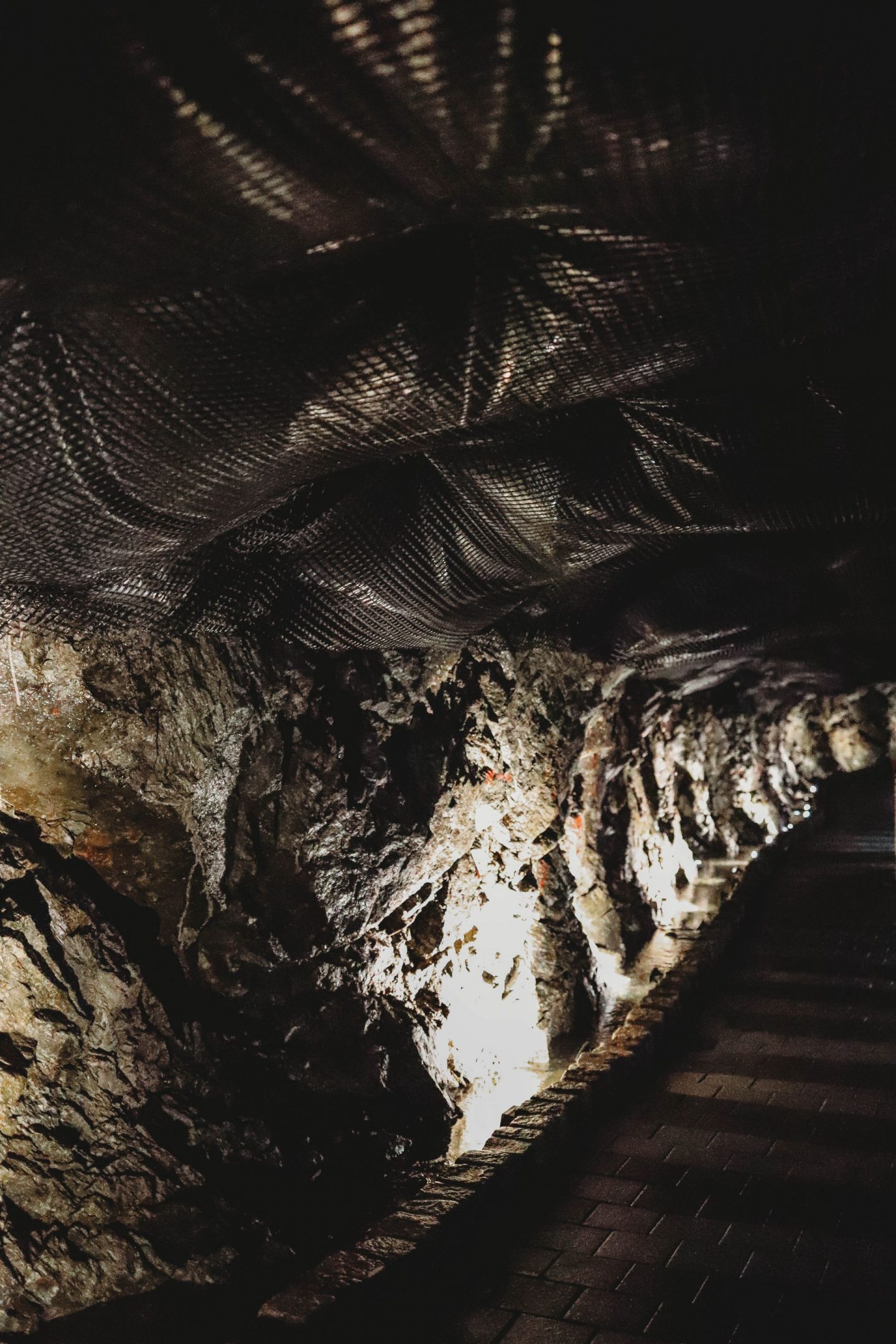 While I did a lot of reading on the cave’s history, I didn’t do much reading into what we should actually expect at Gwangmyeong Cave, and when we saw it was a theme park, we were a little blown away! When Koreans do something, they go all in. This cave literally has everything from an LED light show to a zombie area (closed due to COVID), cenote pool with ethereal lighting, dragons, a wine cellar and tasting room, a prayer hall, and more.

It was honestly the perfect choice for a hot day, and the kids were mesmerized. They loved the LED lights and musical accompaniment, taking a moment to dance before we proceeded deeper into the cave. My personal favorite part of the cave’s exhibits was the Golden Road, a pathway adorned with golden prayers inscribed with wishes for long life, happiness, and peace. And when I say this cave has it all, I mean that there were pop culture references, too, including a giant Hulk, an homage to Lord of the Rings, and more. 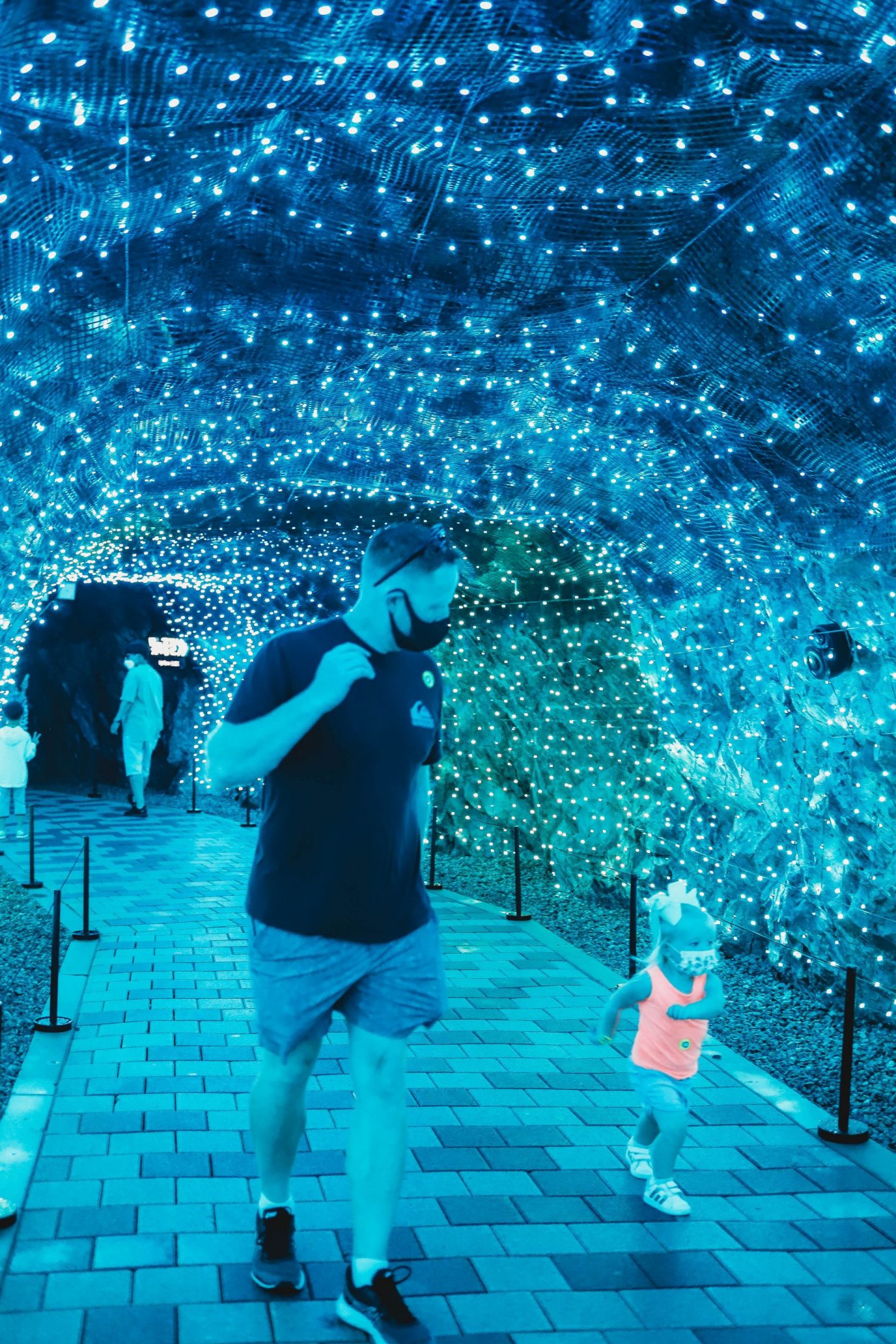 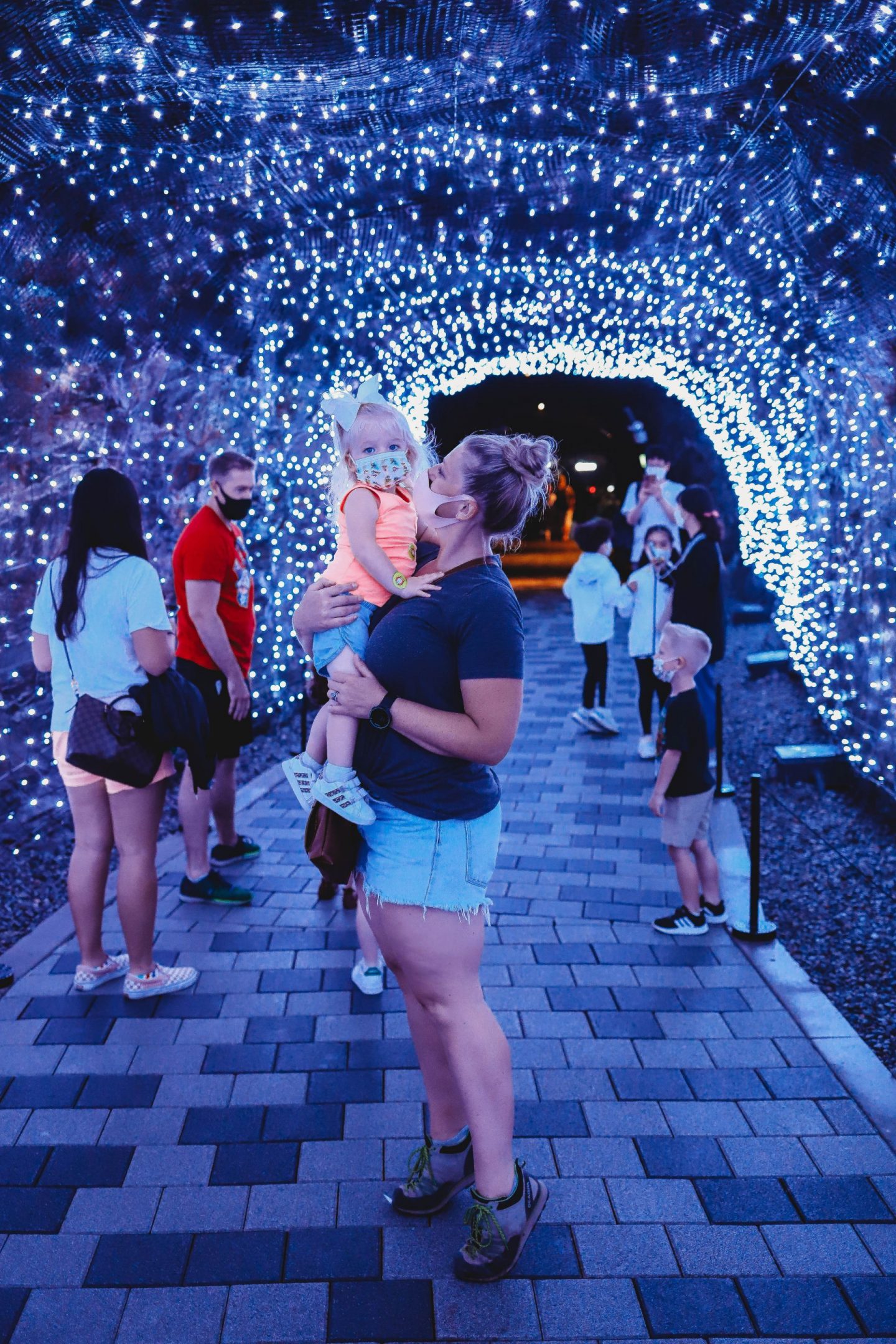 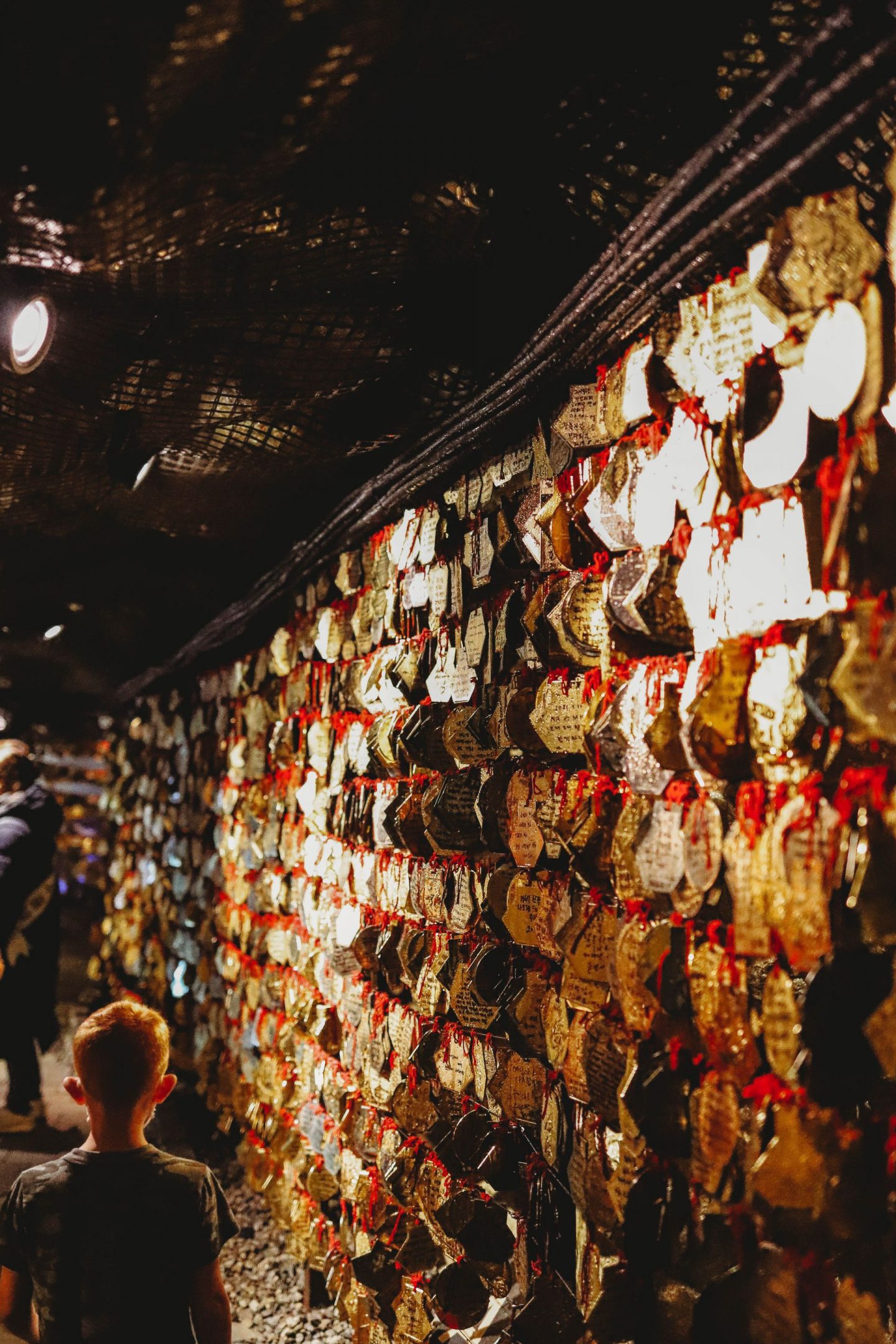 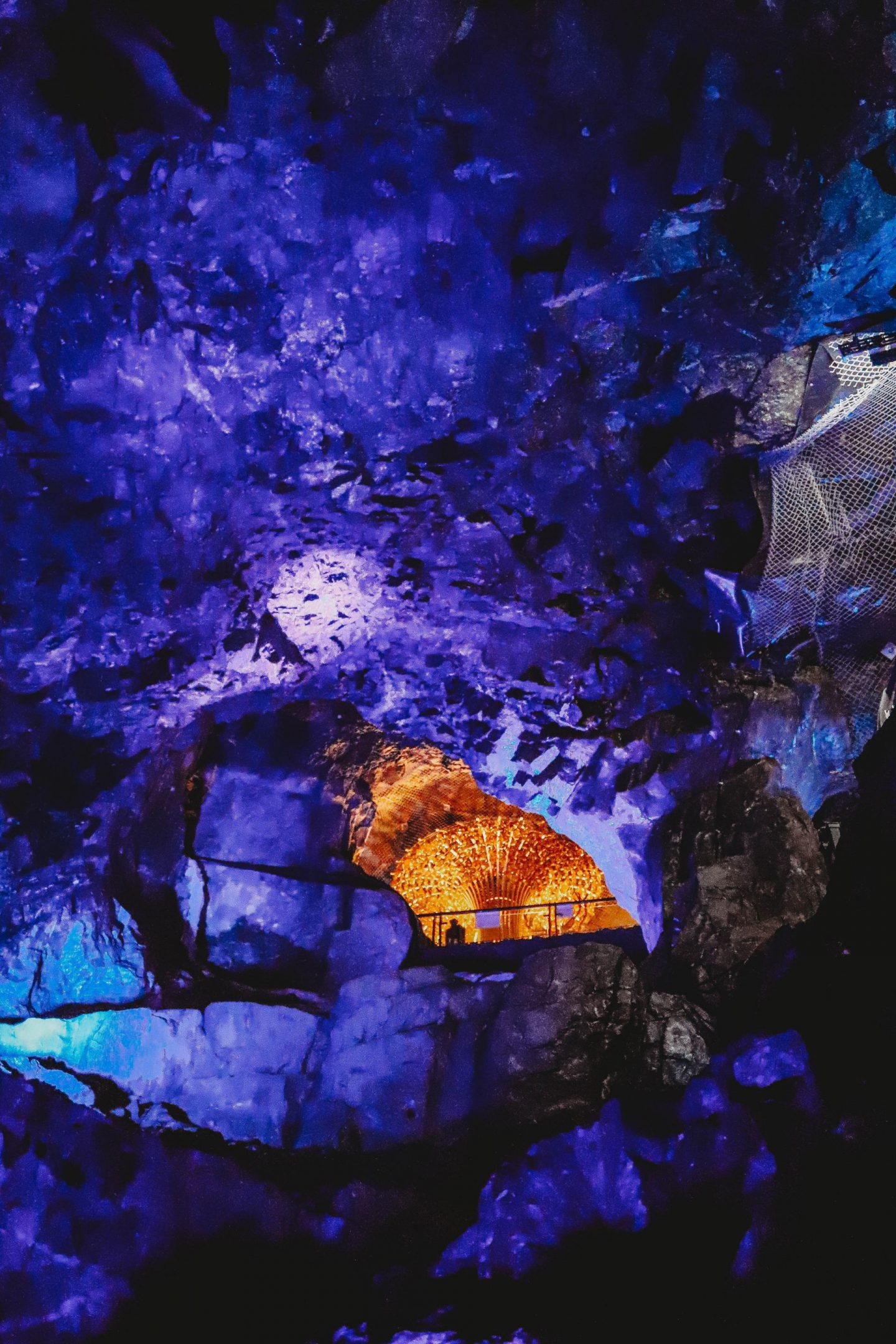 Gwangmyeong Cave is about a 45-minute drive from Camp Humphreys, so we met up with some friends and caravanned our way out there. Most of the drive is via freeway, but as you approach the cave area, the roads get smaller, a bit more remote, and a little more treacherous. We hit a one-lane road that was definitely serving two-way traffic near the end, and that was a special brand of crazy, but it was well worth it.

Once you park at the lower lots, you’ll have to do a brief “hike” up towards the ticketing and entrance area. We got there around 11:30 AM, and we didn’t even have to wait in line. It was perfect. The facilities are fully-masked and both temperature and contact-tracing is in effect, which is very common out here. So, we got in quickly and went on our merry way. When we emerged nearly two hours later though, the line was all the way down to the lots, so we’re glad we arrived when we did. Honestly, this is a bit of a detour from our normal adventures, but it was a really neat way to experience South Korean history, as well as their take on pop culture, as well. 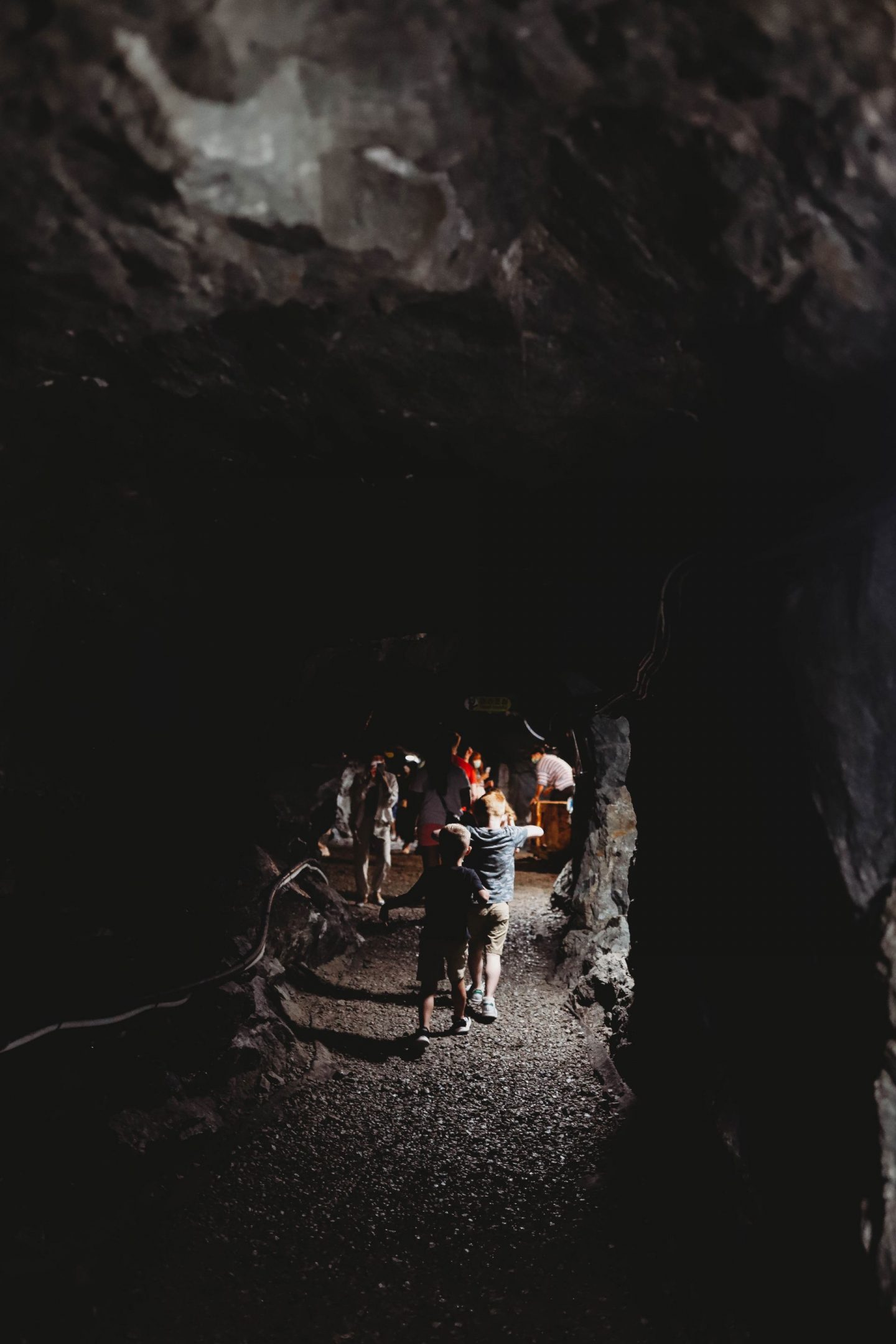 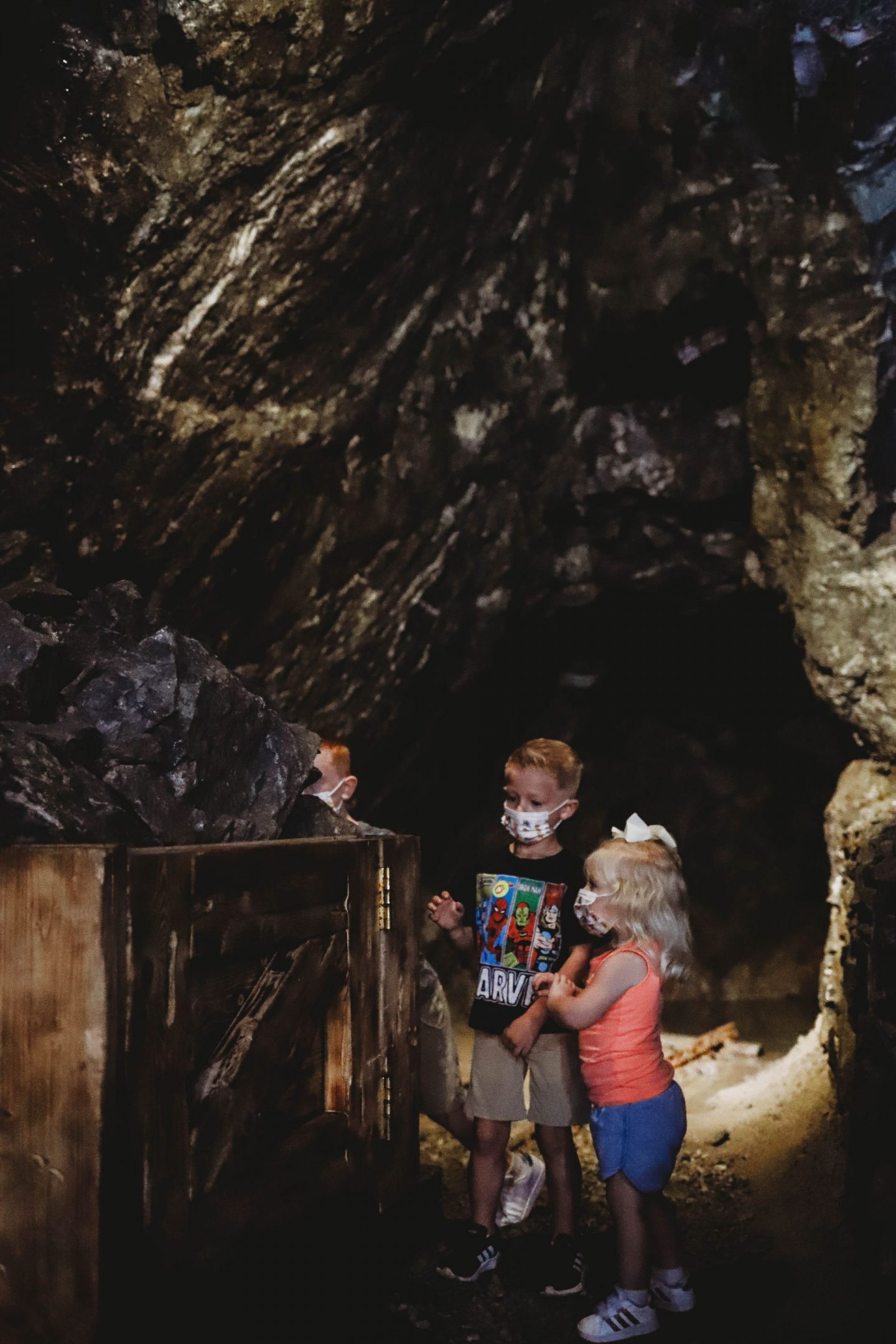 What to Know When Visiting Gwangmyeong Cave

Cost: There is an entrance fee, which is published on their website. However, note that they do not take cards for ticket payment. You must pay in Won. Many of the attractions (the wine cellar and the food trucks) take cards, but they do not accept any American credit cards or chipped cards, so make sure you have Korean Won!

Accessibility: While some areas are accessible, most of the lower areas of the cave are not and actually require ample stairs to get to the lower attractions. Strollers are also not allowed within the cave.

Dress: Masks are required at all times, and it’s suggested that you bring layers within the cave, as it is both cold and damp. That being said, it was such a nice break from the humidity that we didn’t even care!