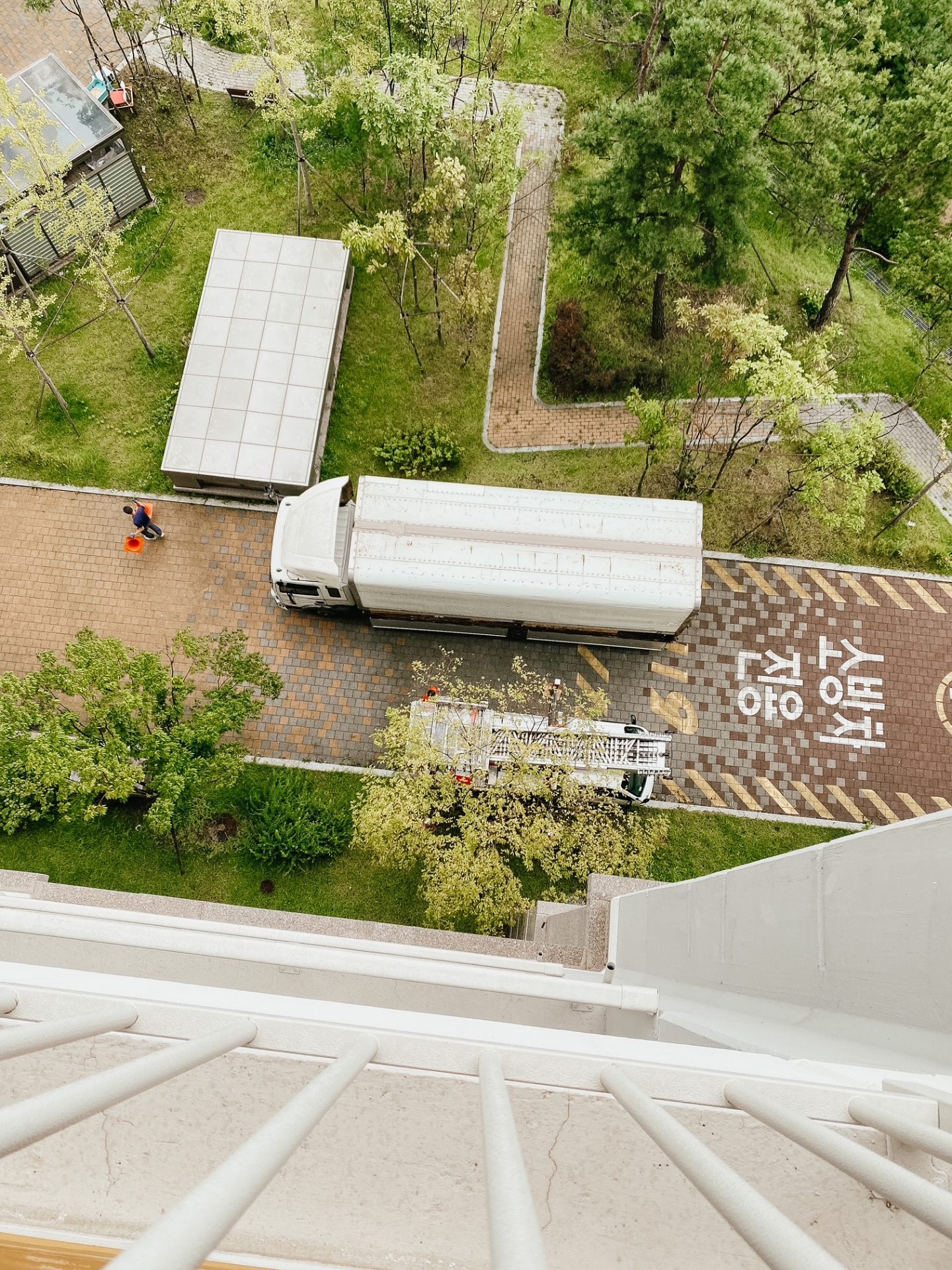 Happy Friday, friends! It’s been a week. I feel like I’ve been saying that every single week and month since we left Washington, but this was a big week for the Moore family. On Monday, Spencer rocked his first day of first grade. Then, faster than anticipated, our household goods were (finally) delivered to our new home here in Sosabeol! Moving in the states is pretty cut and dried. You contract a moving company (or the Army does it for you), they pack your stuff incorrectly, they transport your stuff and break some of it on the way, and then they leave you with a mess of boxes and packing paper to tackle for months to come. Moving into our Korean high rise apartment couldn’t have been more different though, and it was so cool!

I wanted to share this post because one of my biggest concerns moving from a single-family home in Washington to a high rise apartment in Korea was moving all our belongings. We’ve noticed that most Koreans seem to embrace a more minimalist furniture aesthetic. Couches are low and pretty compact, tables aren’t too large, and the idea of moving our bulky(ier) American furniture into a high rise was daunting.

Let me just say…South Koreans have this process down. Our movers arrived at 9:20 AM, and they left our home at 11:38 AM. In that time, they uncrated our belongings, transported it into our apartment, unpacked all our goods in their requested rooms, assembled the necessary furniture, and removed all the packing supplies. It was insane. The process of actually moving into our Korean high rise apartment, however…that’s perhaps the most incredible part of it all. 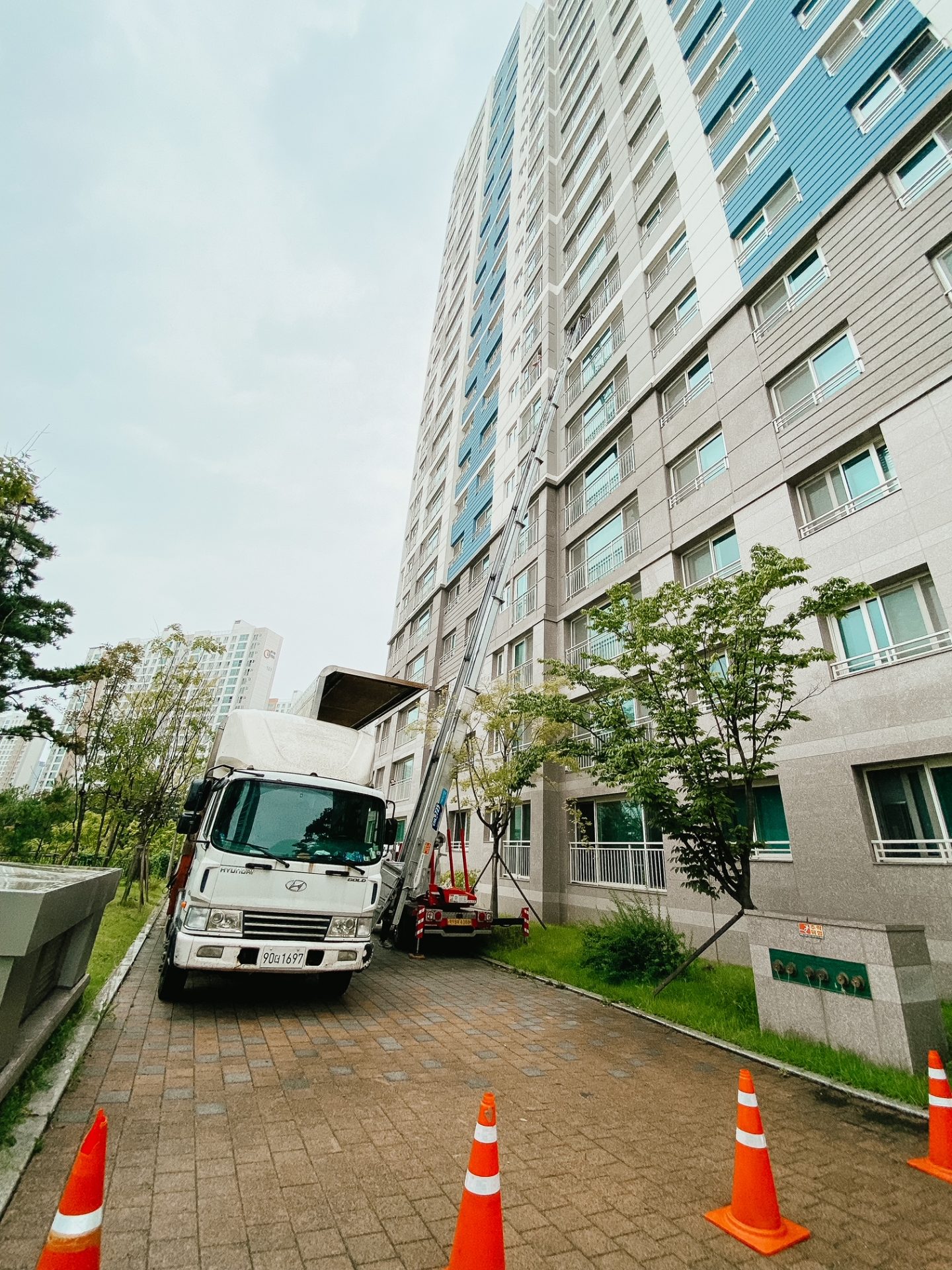 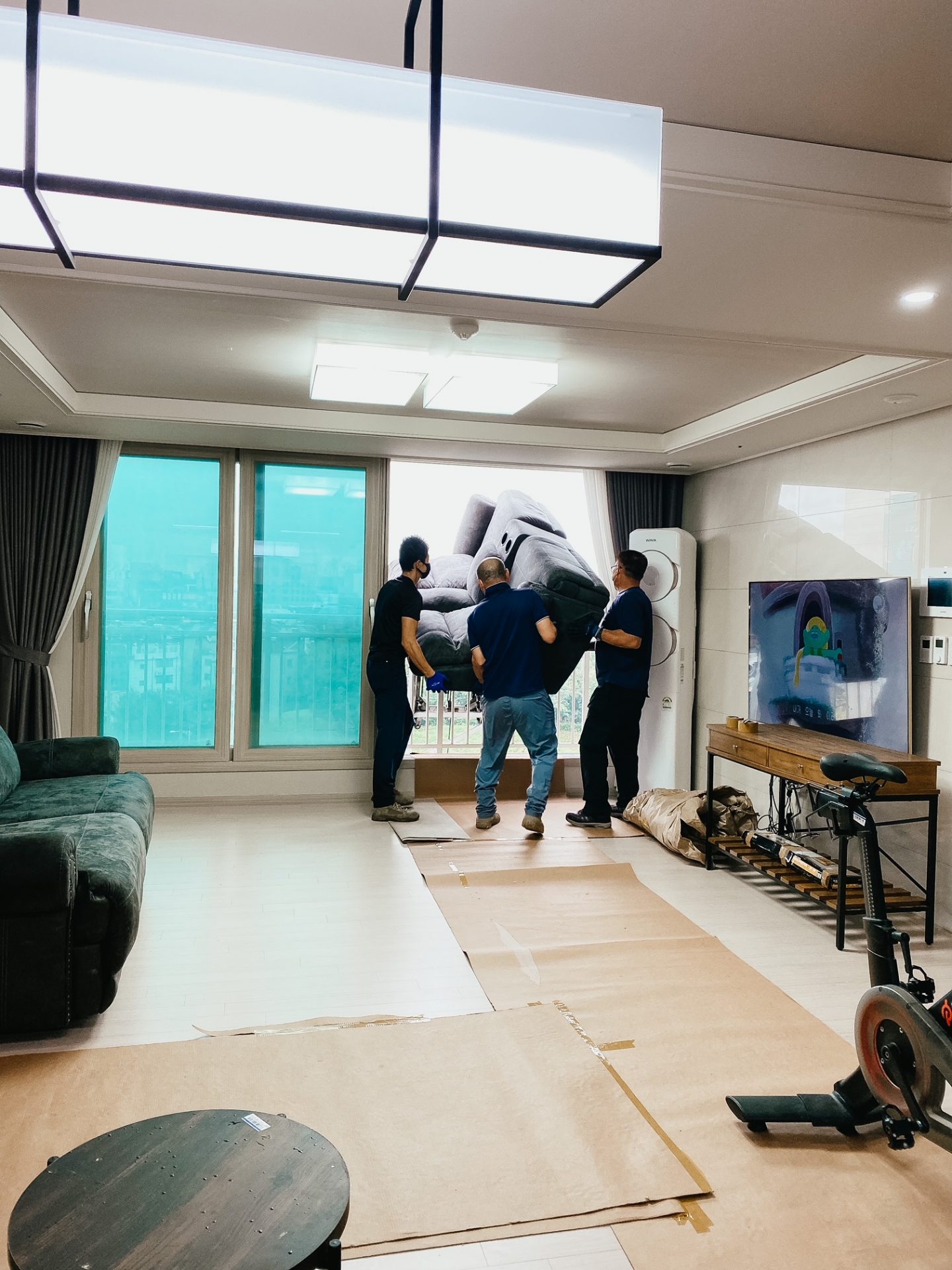 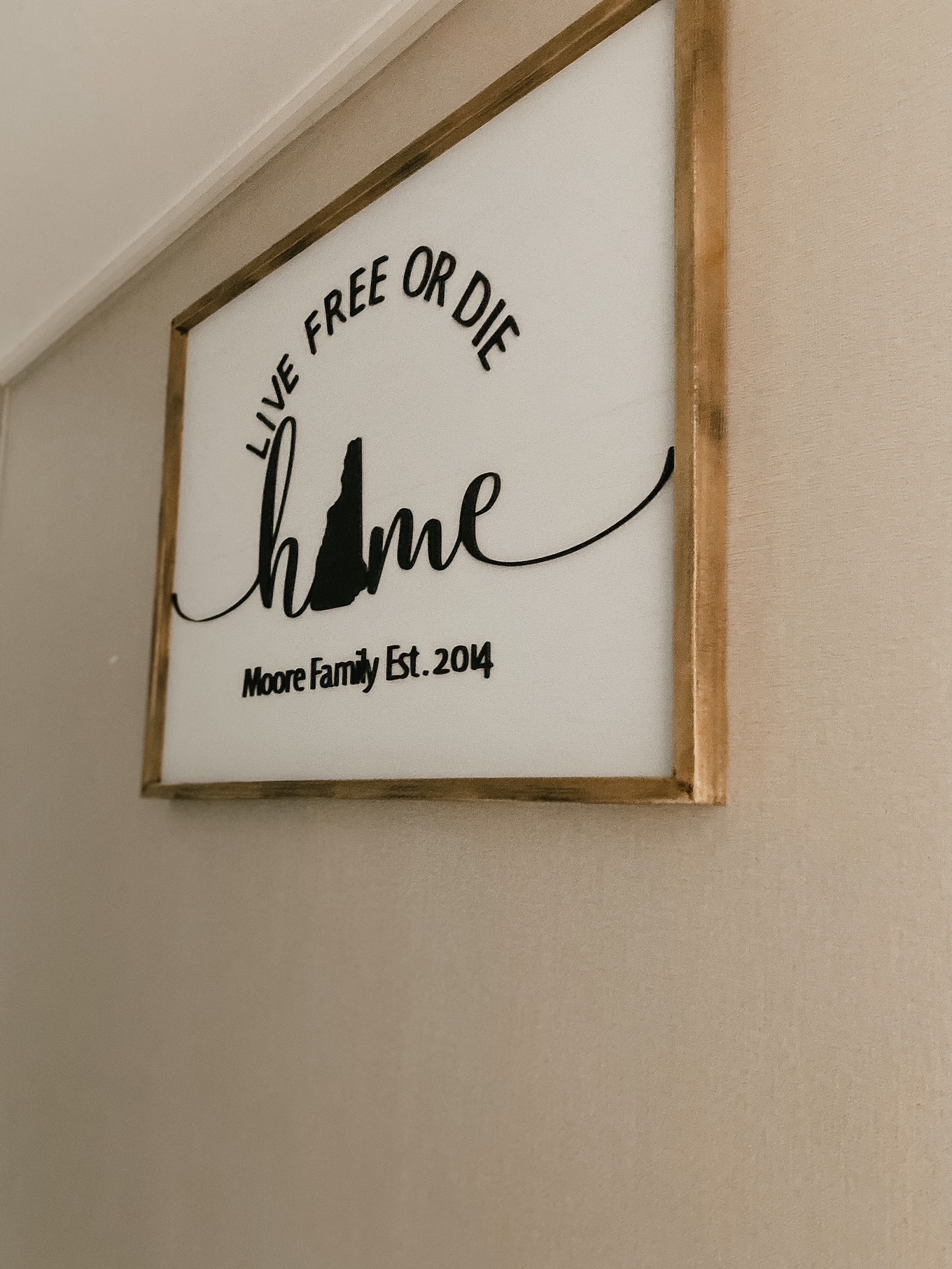 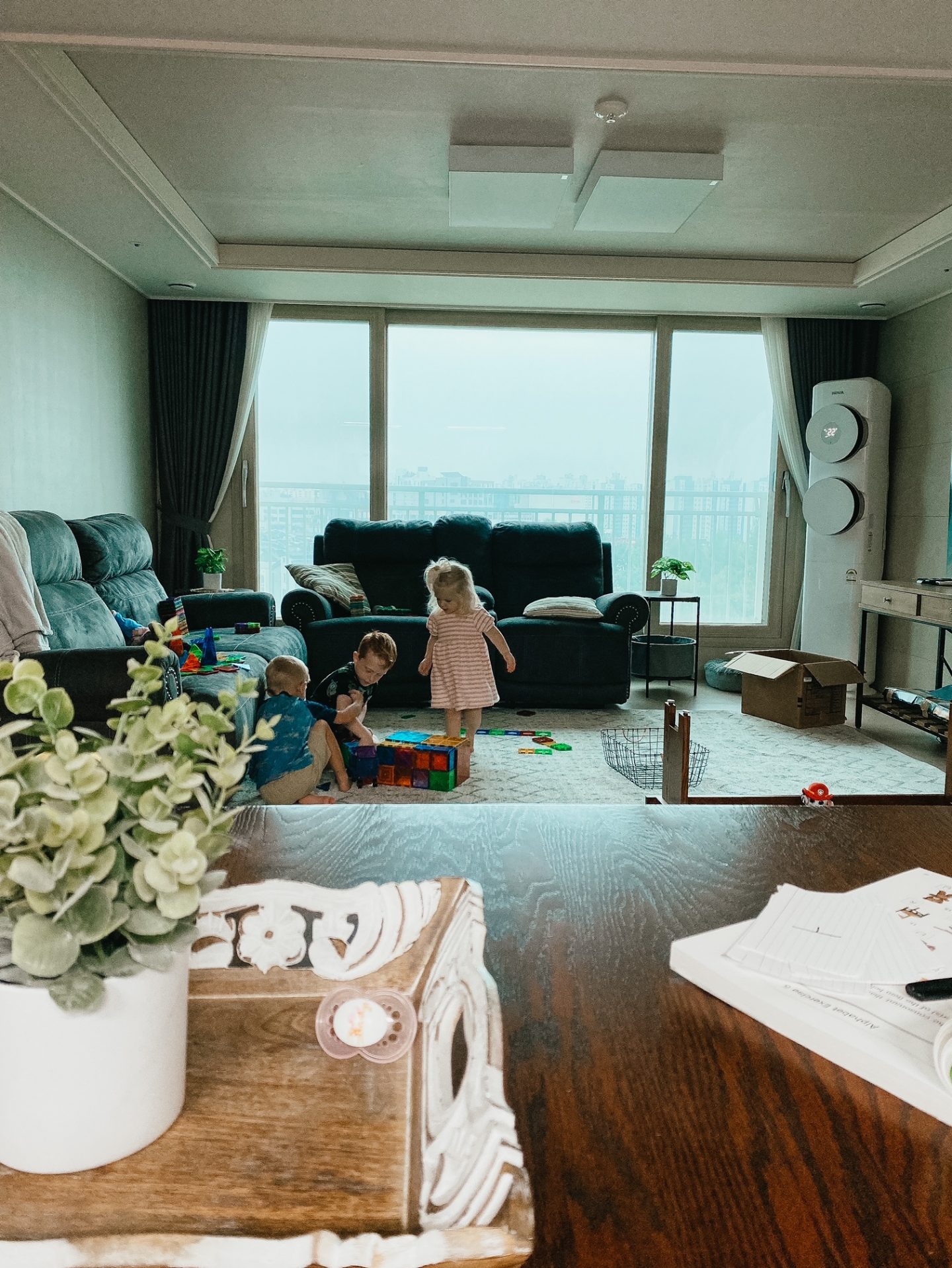 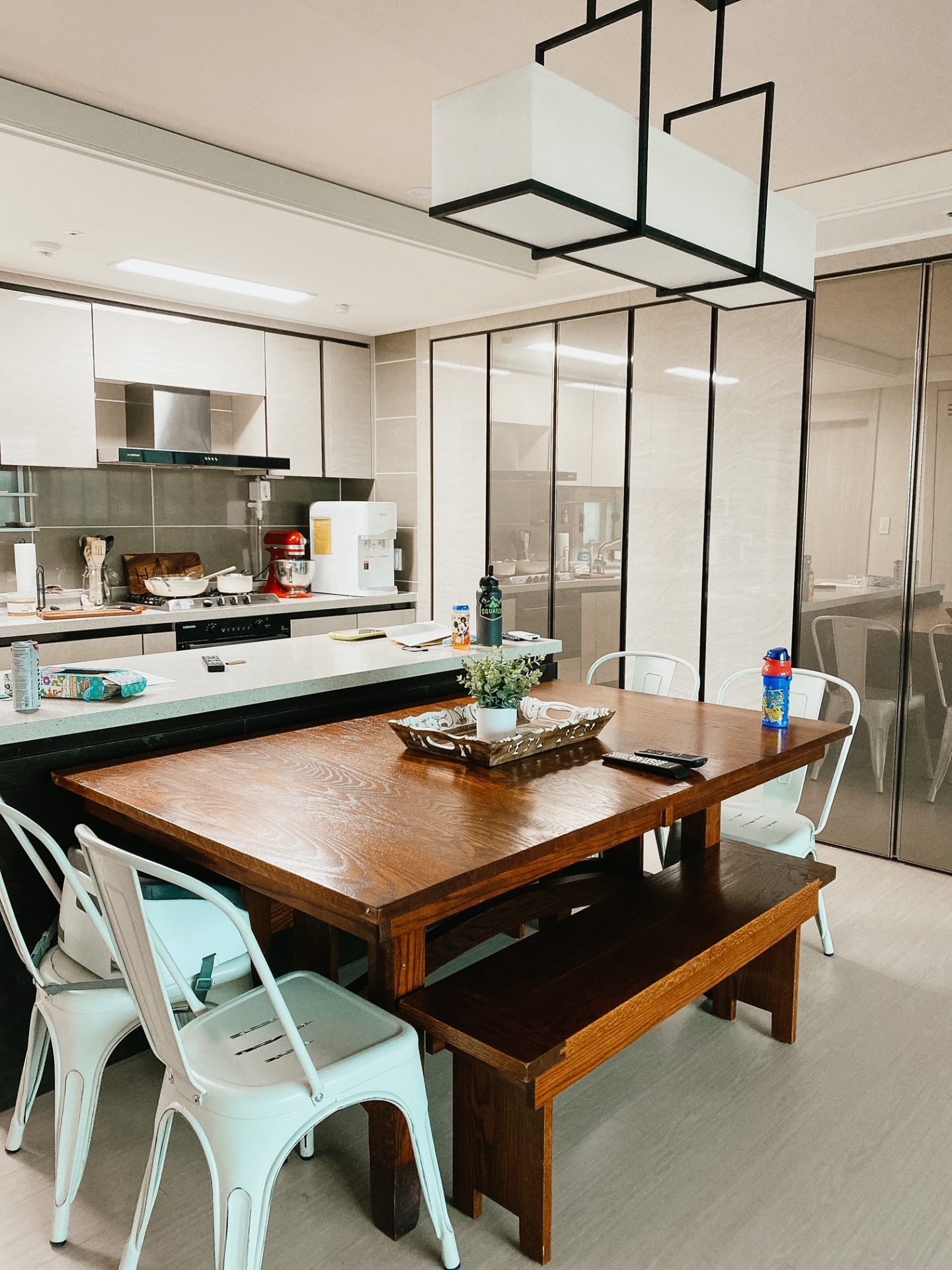 I shared a reel on my instagram of the actual moving process that illustrates it so much better but, needless to say, it was mind-blowingly awesome. We’re so relieved not to be surrounded by boxes and, instead, we’re just slowly setting up this home of ours, buying things that we need, and replacing things that don’t work for this space. Honestly though, they minimized 99% of the hassle of the moving process in just 2.5 hours though, which is unbelievable! Essentially, this is how it worked:

Honestly though, they minimized 99% of the hassle of the moving process in just 2.5 hours though, which is unbelievable! If you remember, our household goods were packed out on May 26th in Washington State. We found out on August 18th that they were finally in Korea, and they finally arrived at our new home on August 25th. That’s almost exact three months without everything. To say that we’re relieved to have our couches, our tables, our beds would be an understatement. Even Mieke commented multiple times since our stuff arrived, saying, “I love this house!”

I think we can finally call it official, my friends – South Korea is our new home.