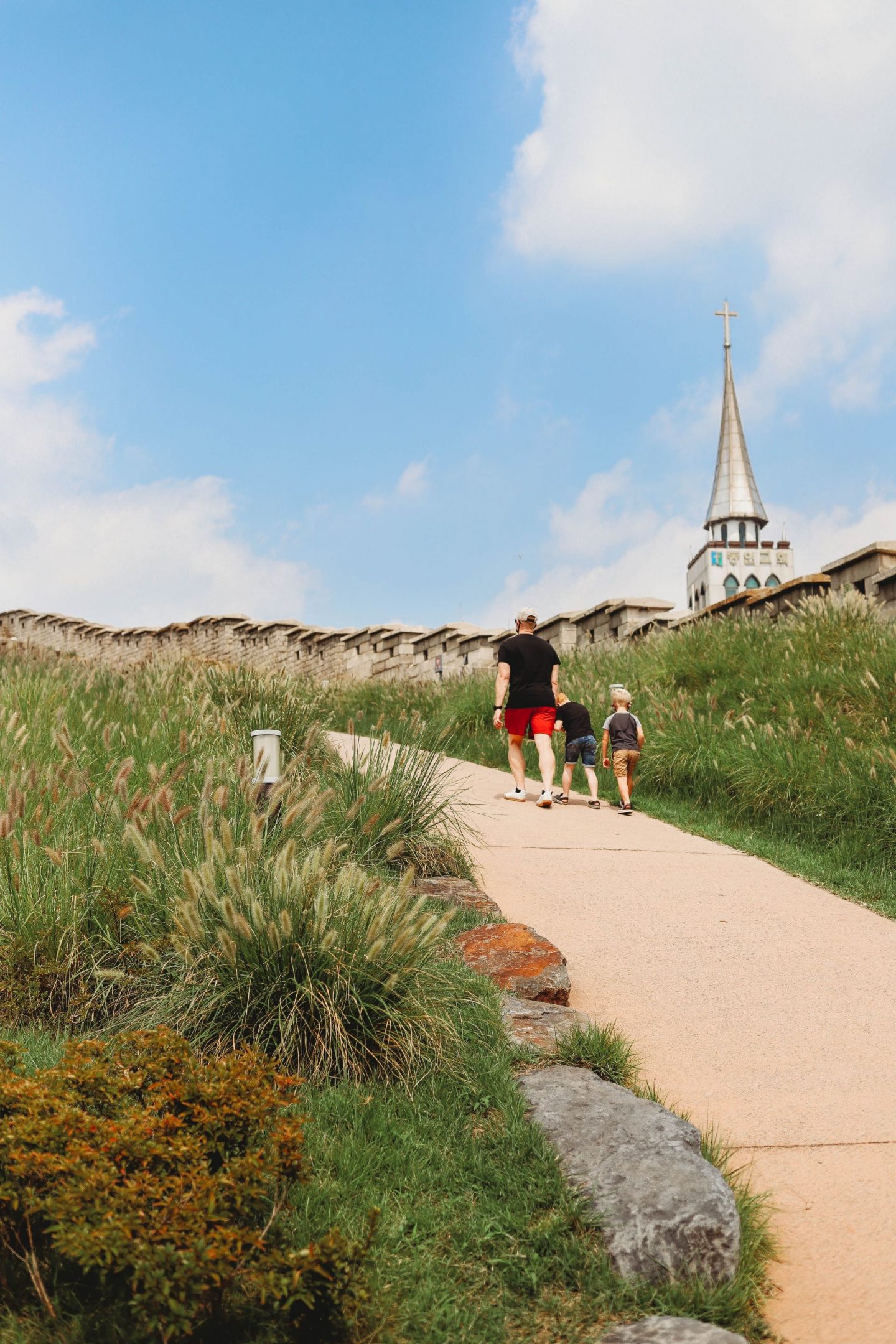 Ladies and gents, I can officially say that we’ve been to Seoul! Last Friday, US Forces Korea (USFK) announced a new set of guidelines and zones associated with the pandemic that lifted many of the restrictions in the Seoul area while tightening the reins here in Pyeongtaek. Essentially, we now live in a red zone, but we can travel to certain areas of Seoul, so we decided to do a little day trip. Let me preface everything by saying that when you visit Seoul, you need a plan. We didn’t have a big plan, but we ended up spending a large portion of the day walking the Heunginjimun East Gate wall in Seoul.

When we first decided to head up to Seoul, we made a general plan. We wanted to walk along the Cheonggyecheon Stream, a 6.8-mile long man-made river that winds its way through Seoul. I put general coordinates into Naver, and we ended up in the textile and fashion district of Seoul, Dongdaemun. We ended up parking at some random location along the river and deciding to just make the most of it.

After wandering along the river a little bit, we noticed the fortress a couple blocks away and decided to check it out. Heunginjimun was closed to visitors and you could walking in, over, around it barring just outside the fortress itself, but the East Gate wall was open, and we decided to take a peek. The East Gate Wall meanders up from a modern city on one side with old houses on the other, seemingly blending old and new. 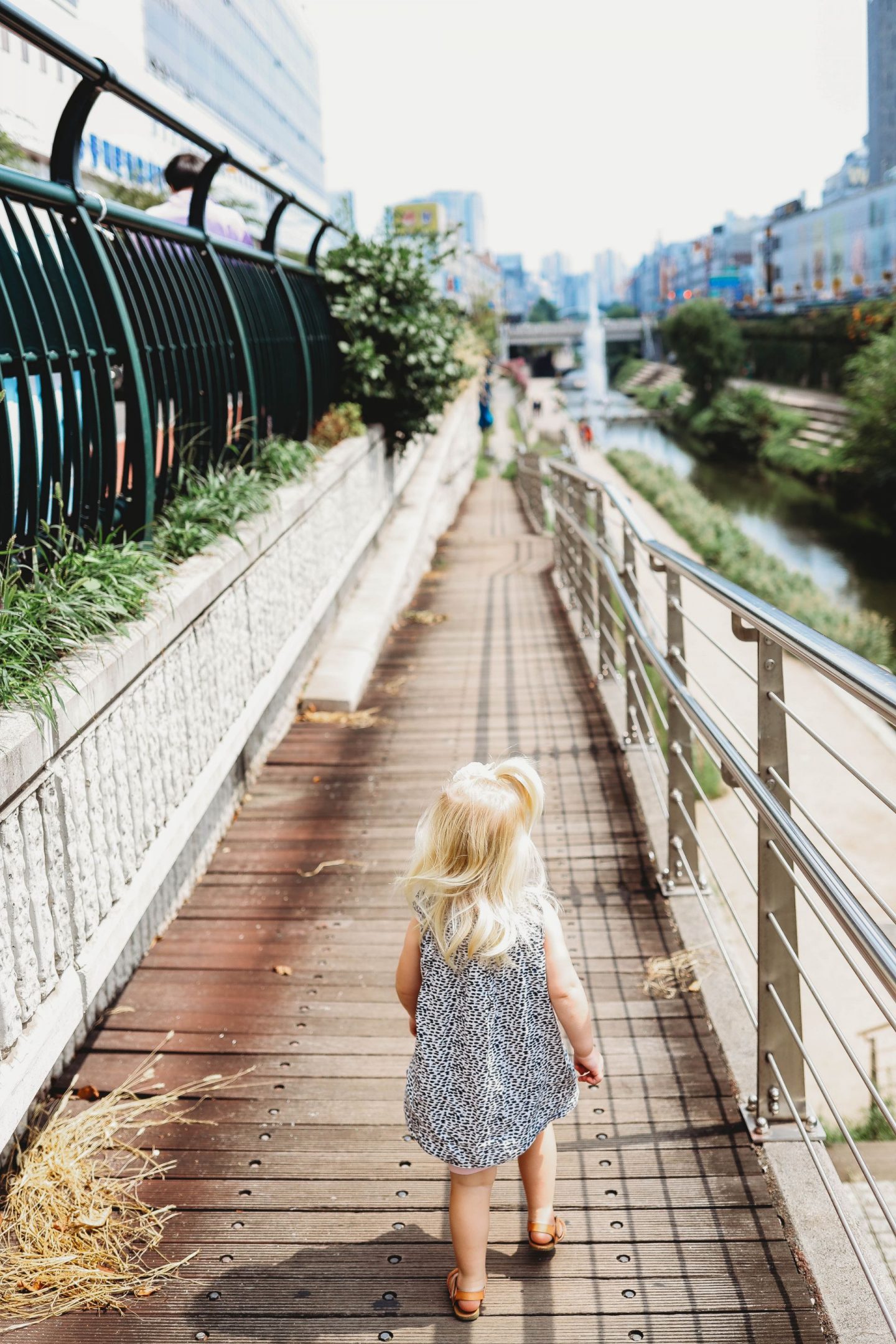 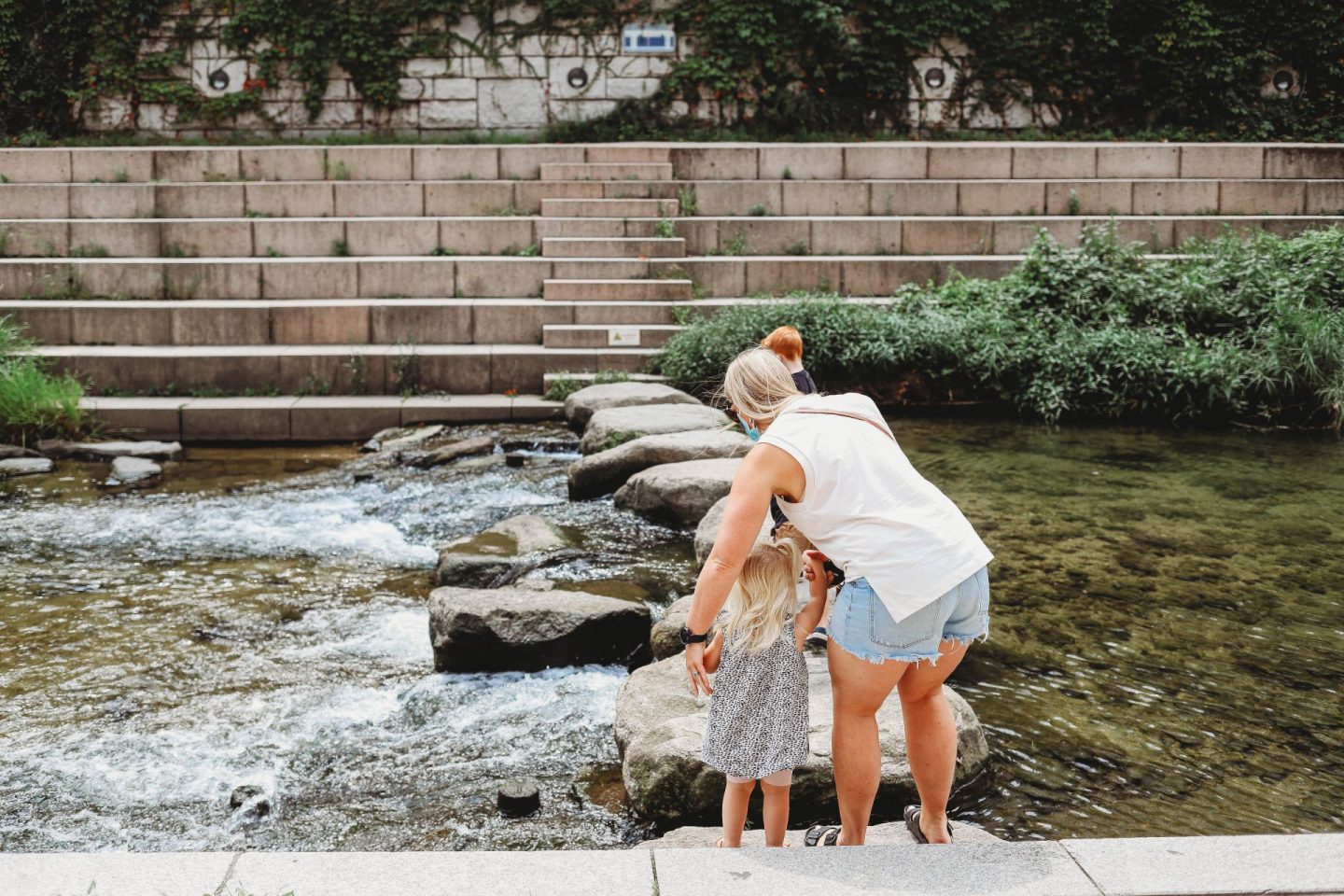 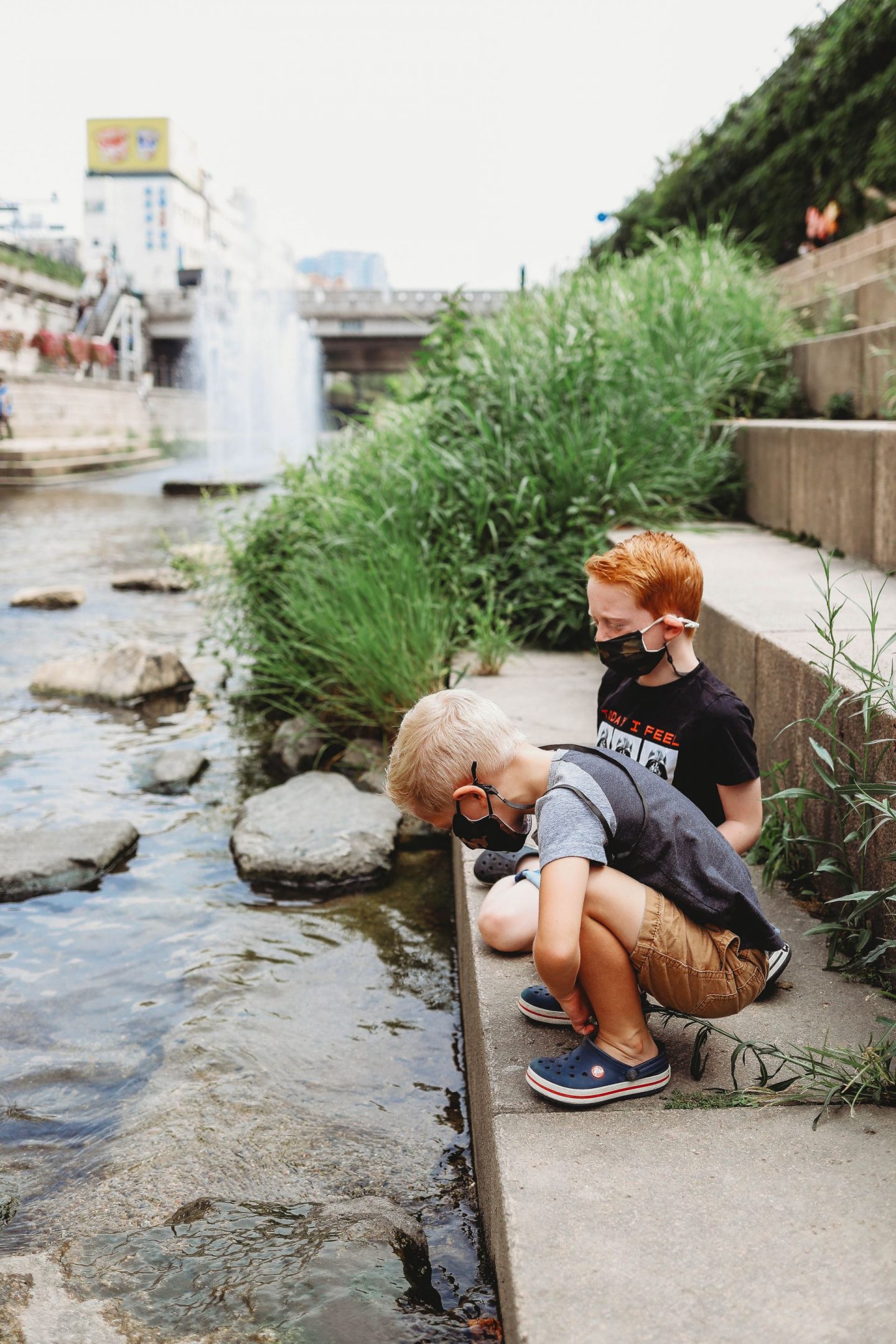 Dongdaemun is One of the Eight Gate  of Seoul

The East Gate Wall was originally constructed in 1398 and underwent its first renovation in 1453. After sustaining damage over the years and during Japanese imperial rule, it was rebuilt in 1869. It was fascinating to see the complexity of the fortress, as well as the depth of detail in the stonework, and the kids absolutely loved sticking their heads into the windows along the wall.

As we climbed our way up the path along the Heunginjimun Gate wall, the houses appeared to become more traditional and dated on the one side, while newer and modern along the other. The path is lined with gazebos, and plenty of locals were resting or spending time together, waving at our ridiculous little blonde/redheaded party meandering up the hill. We didn’t walk the full length of the wall, as they connect to a length of 18.6 km, but we reached the top of the hill where we had great views of Namsan tower and the city below. 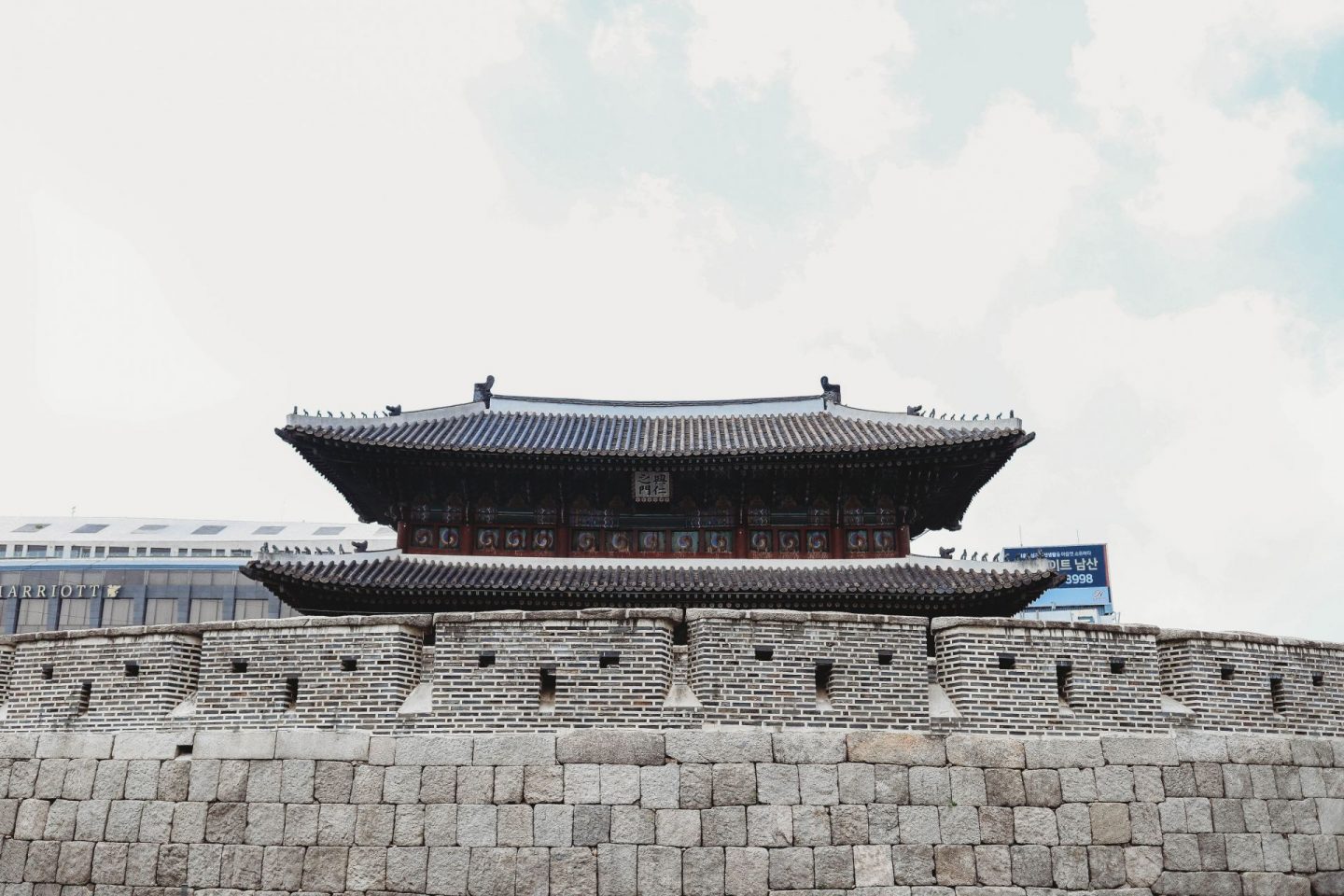 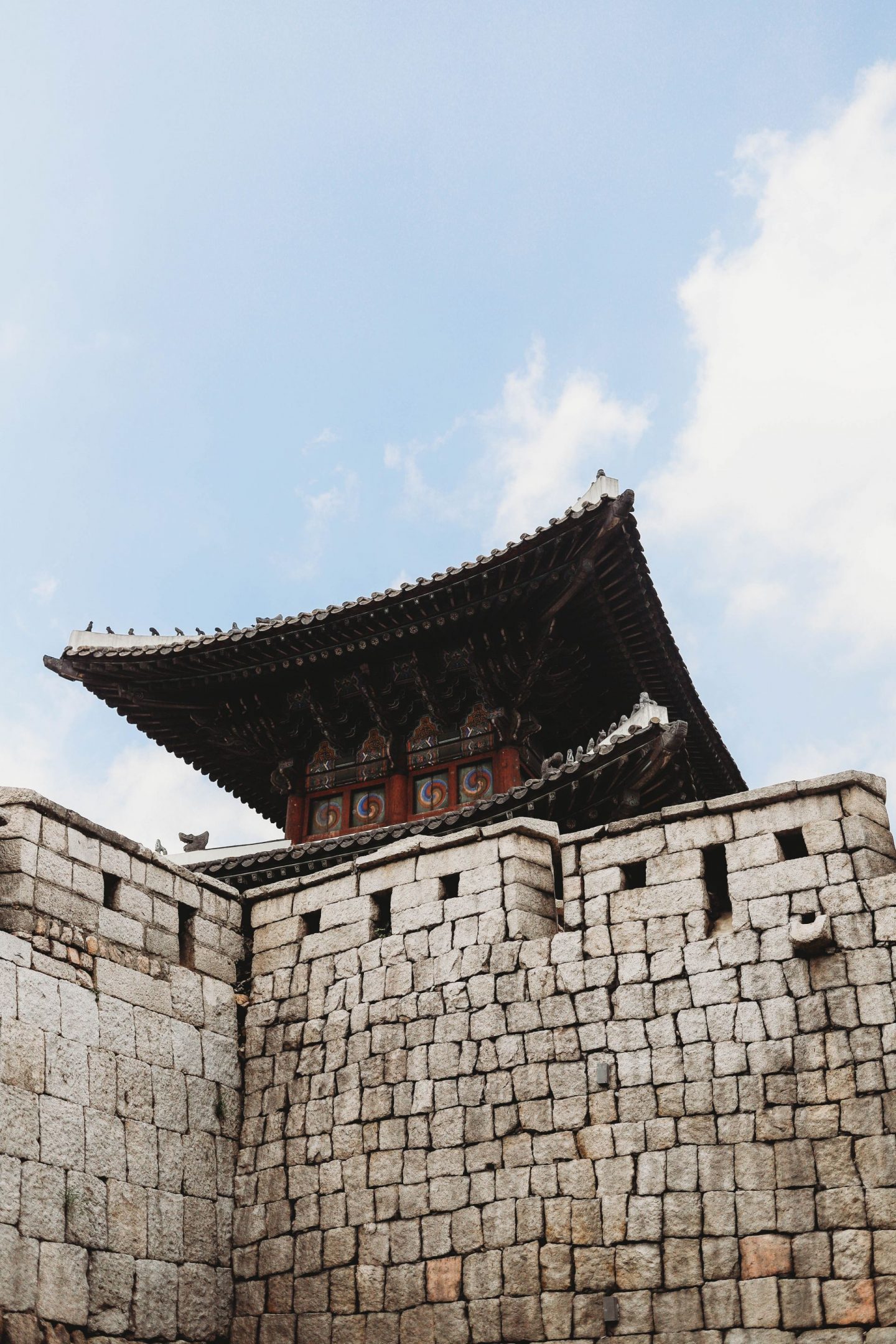 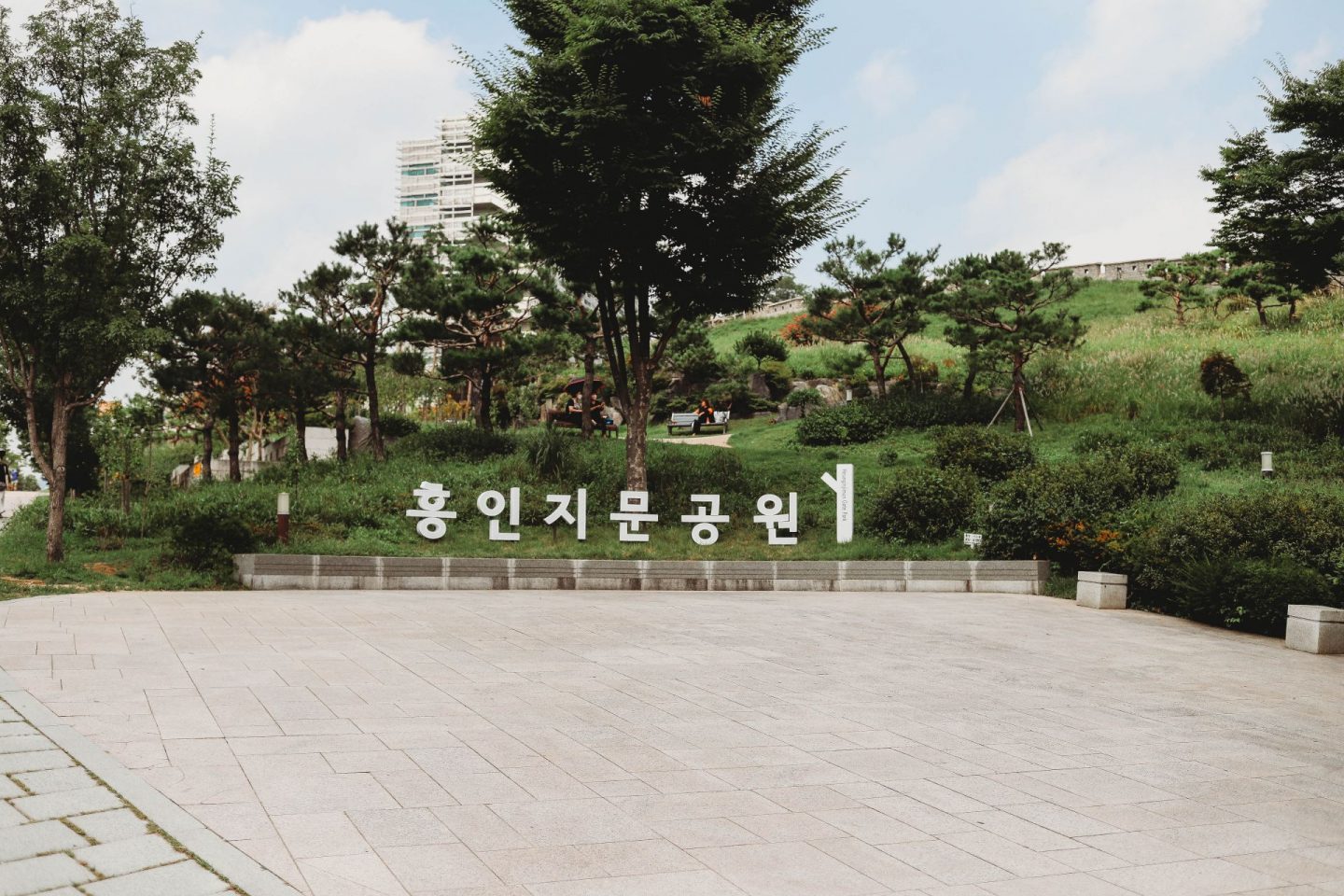 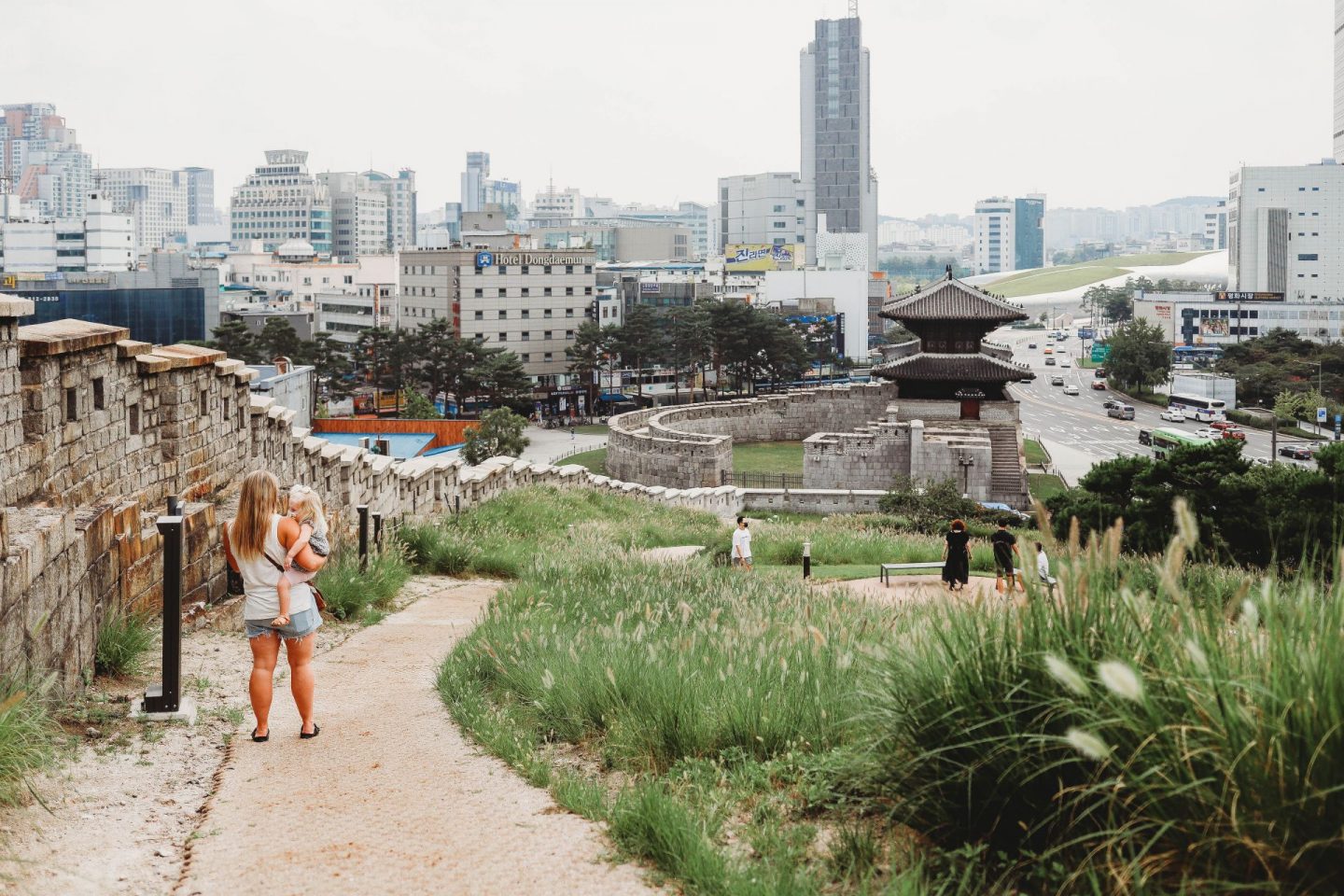 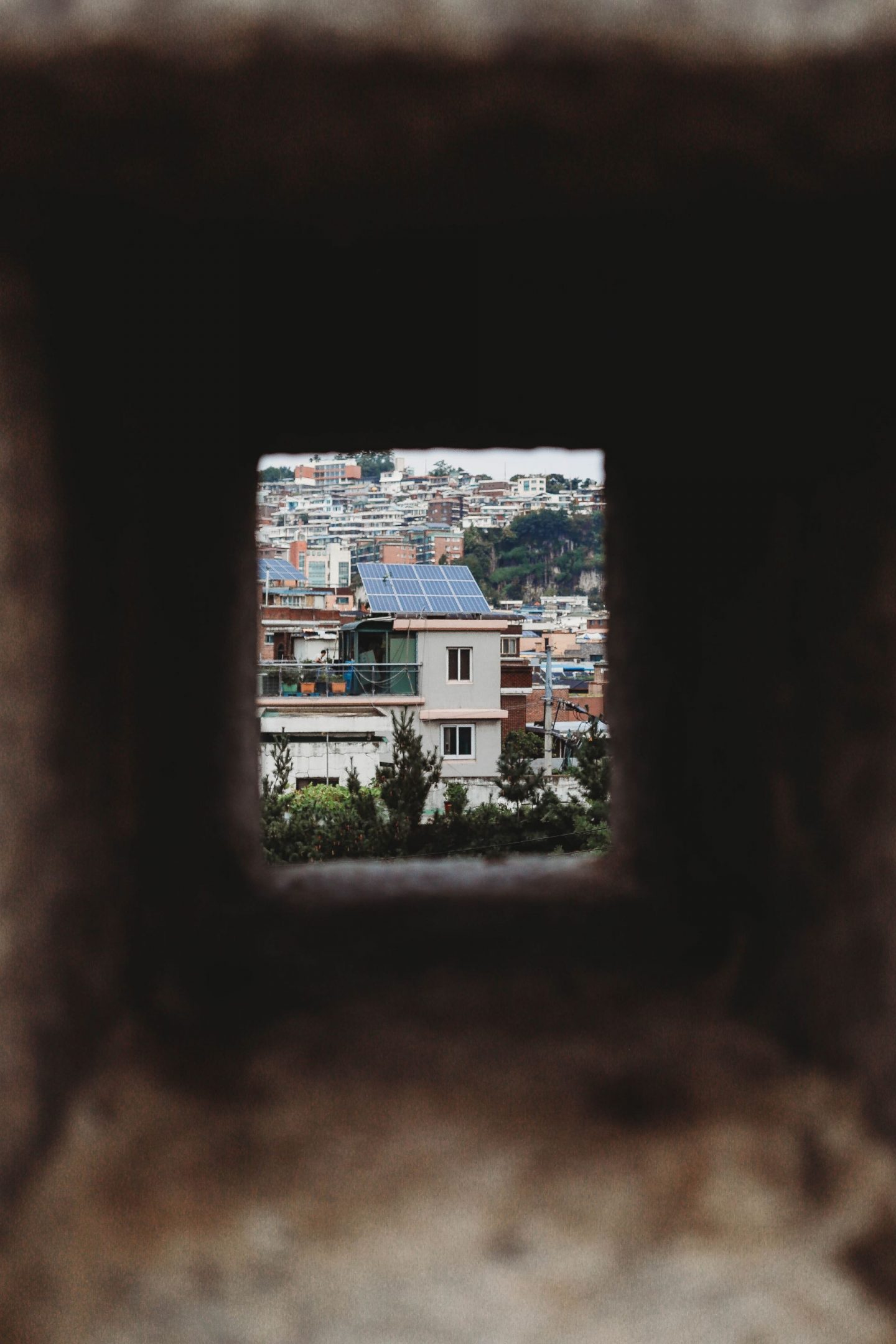 What to Do in Dongdaemun, Seoul

Like I said, we didn’t plan our trip well enough and, like most major cities, you’d be hard-pressed to get a real taste of Seoul in one day. While we only explored the historic area of Dongdaemun, we were able to easily catch the subway (Dongdaemun is located between the intersection of the 1 and 4 trains) and head out to Myeongdong. Also to see in Dongdaemun, however, are the Dongdaemun Design Plaza, Dongdaemun Market, and the Ihwa Mural Village.

Also absolutely worth visiting is the Cheonggyecheon stream, which was our original intent. Next time we go, we’ll definitely do a picnic in the evening because it’s truly an urban oasis! Also, do as I say and not as I do…don’t pick random street parking along the Dongdaemun Market. You will get a ticket, you will not understand the parking attendant, and your ticket will increase 4x each 24 hours its unpaid. Needless to say, we’re grateful for Korean neighbors who help us pay them before that!