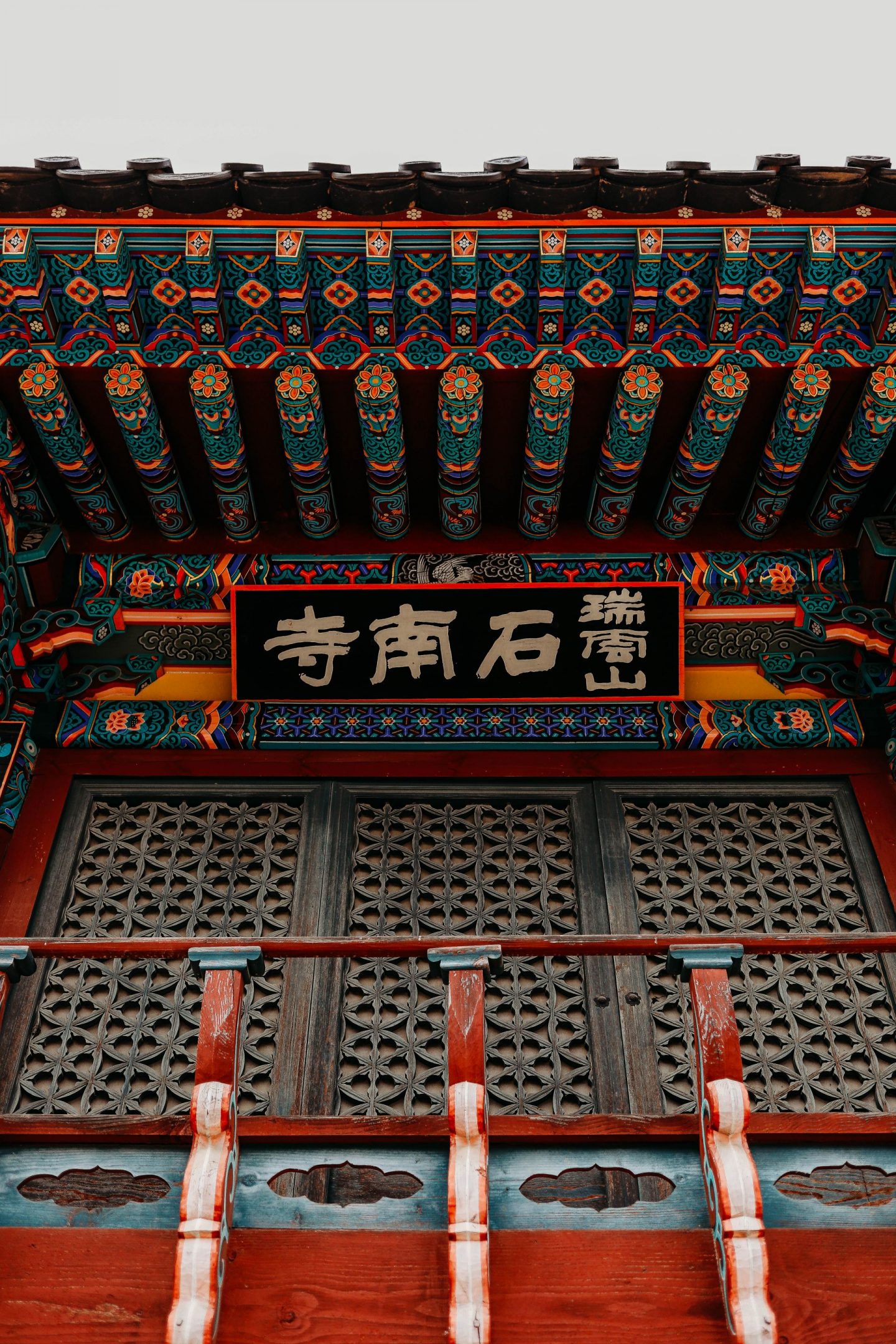 For the first time in weeks – months, even – we finally had the time and opportunity to get out as a family and explore beautiful Korea. The past few weeks have been busy with moving prep and, before that, consistent driving back and forth, to and from post consistently. Now, we’re finally set up in our new villa home for the duration of our time on the peninsula, and we had the opportunity to explore. Some of you might have seen on my instagram, but our air quality has been absolutely abysmal lately (to the tune of an AQI of 315+), but I had a photo session on Sunday, and we decided to make a day of it as a family anyway. We made our way to Seoknamsa Temple in Anseong, and it didn’t disappoint.

About an hour from Camp Humphreys, Seoknamsa Temple rests high in the hills alongside a flowing creek and various hiking trails. While some spots like Gakwonsa Temple are visited heavily by tourists, Anseong’s Seoknamsa Temple seemed almost frozen in time. The ancient temple was first build during the reign of Kim Munmuwang of Silla and was later reconstruct by the Buddhist Priest, Hyegeo.

It didn’t seem as flashy as some of the other temples we’ve seen, but there was something about the ancient façade, the original stonework, the steep climb to the Main Hall, and more, that made it even more mesmerizing. And, because it’s nestled deep in the hills, it’s quiet, and you can hear everything from the running water to the birds in the trees. Or, if you’re our children, just play with the kittens they find along the way. 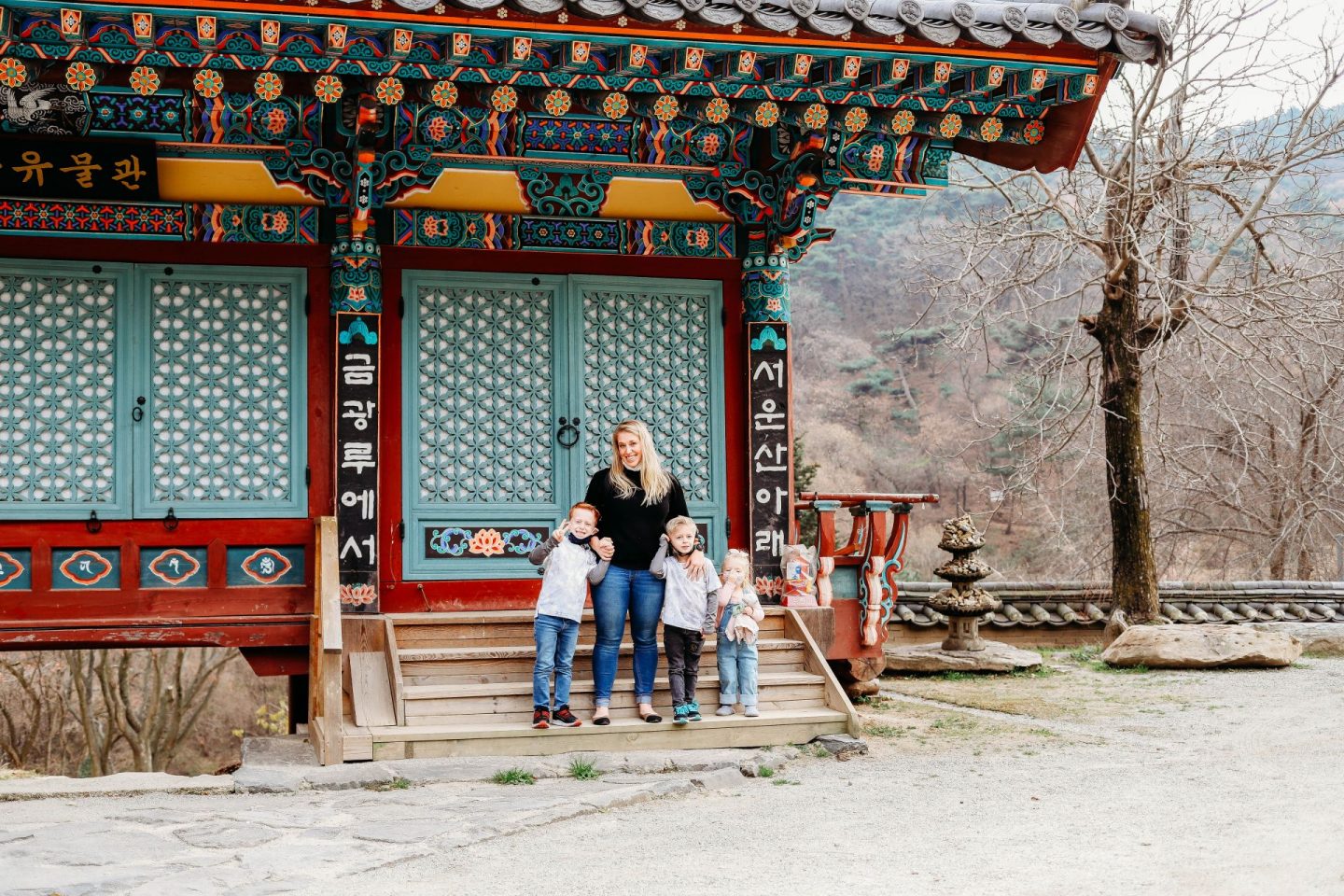 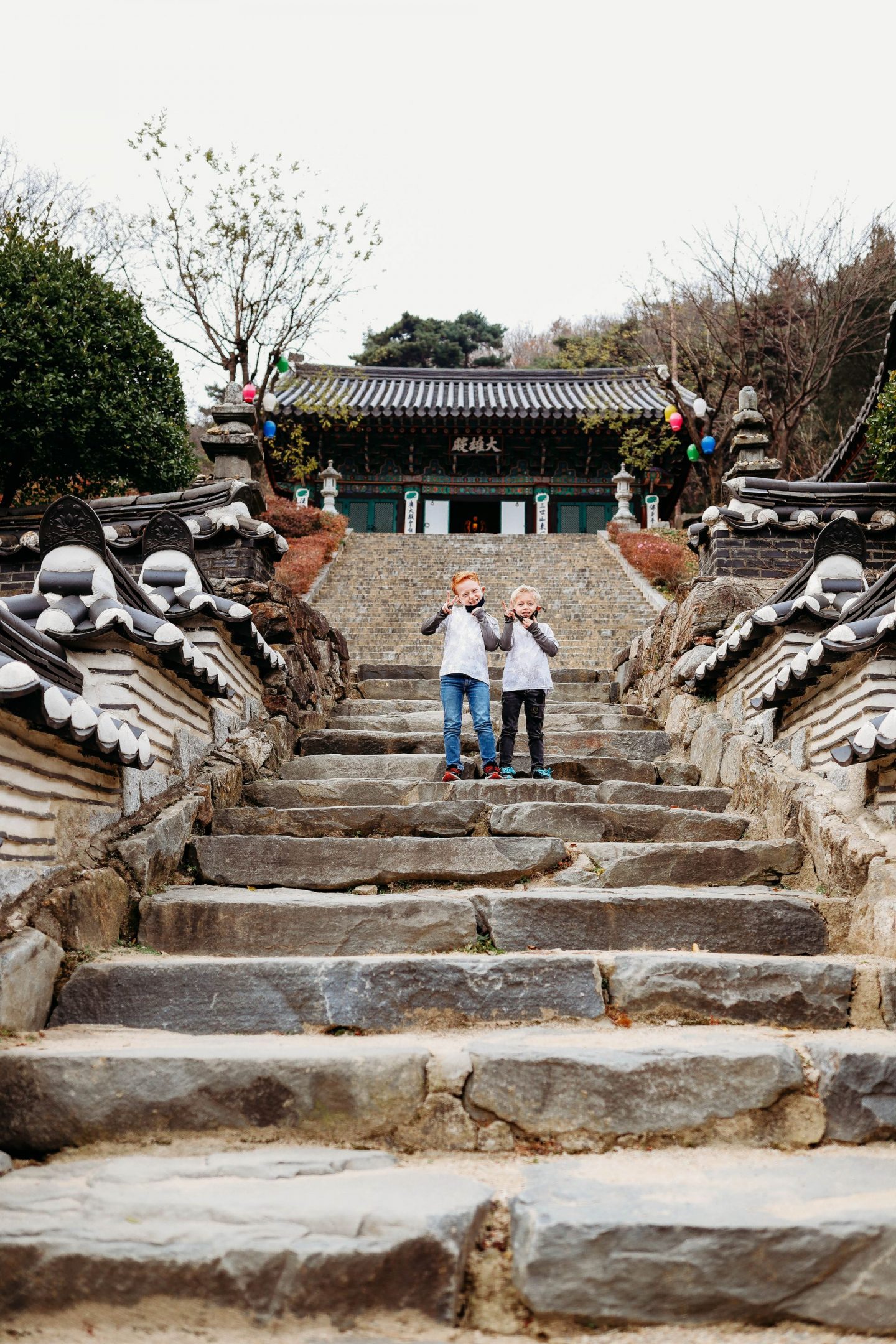 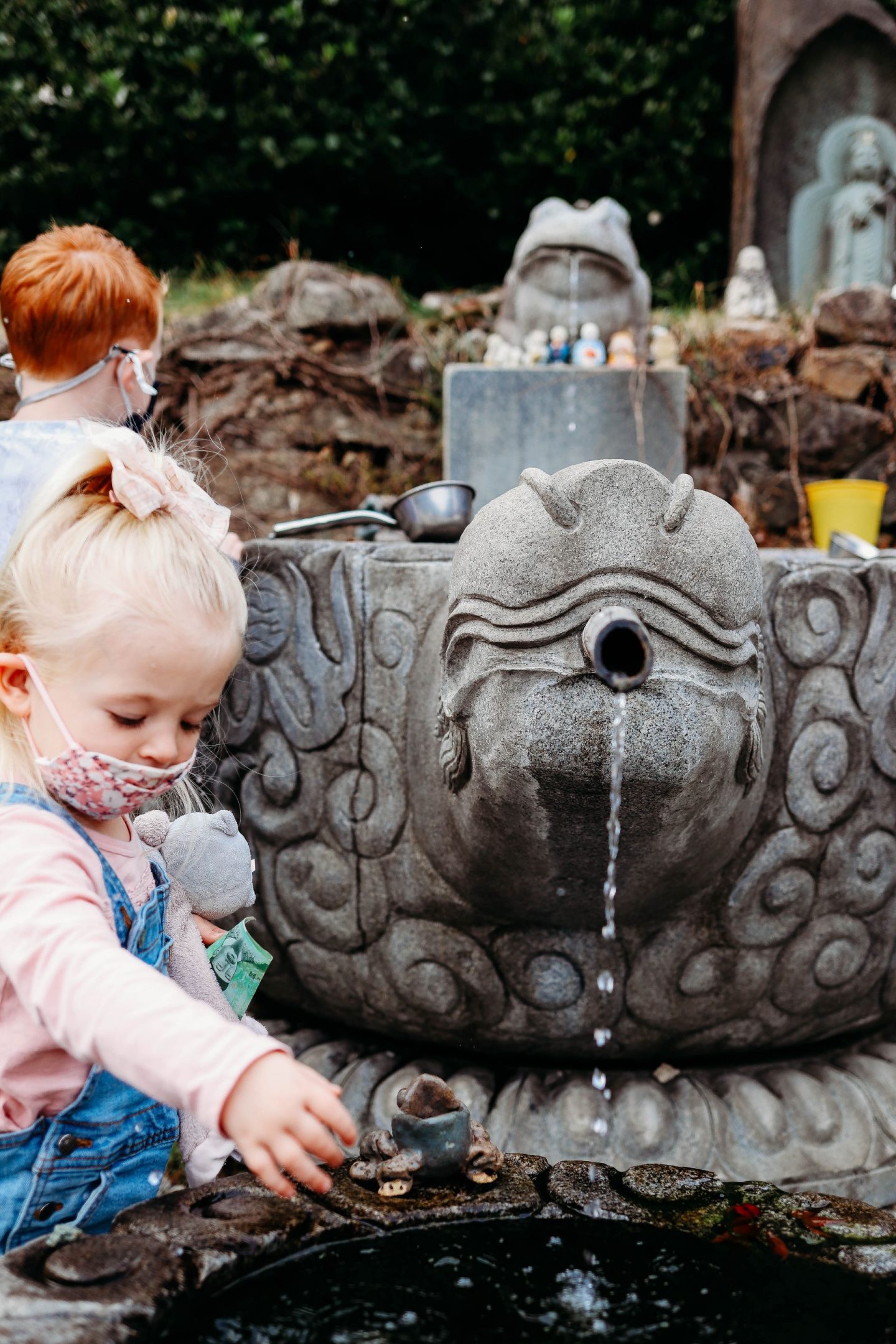 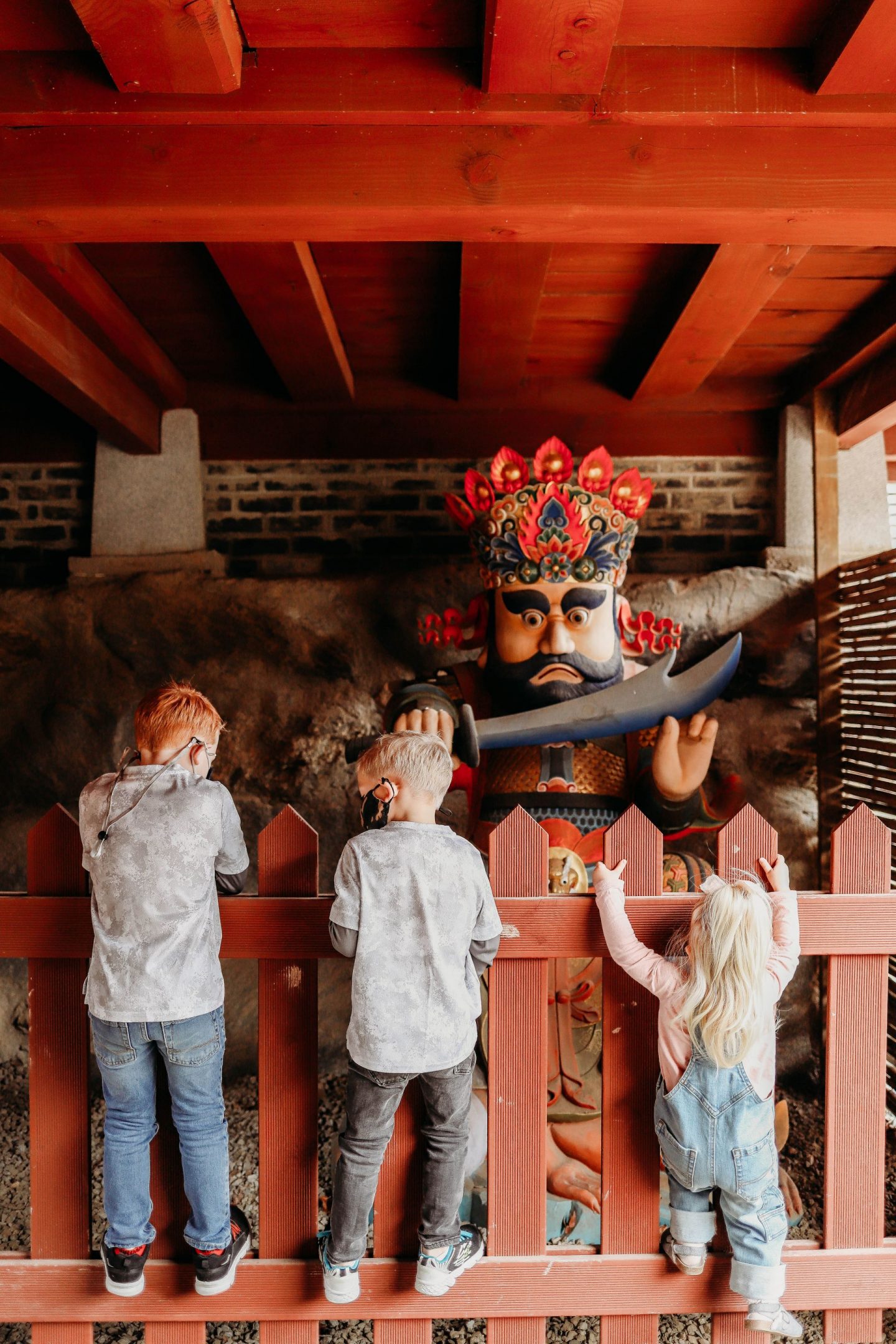 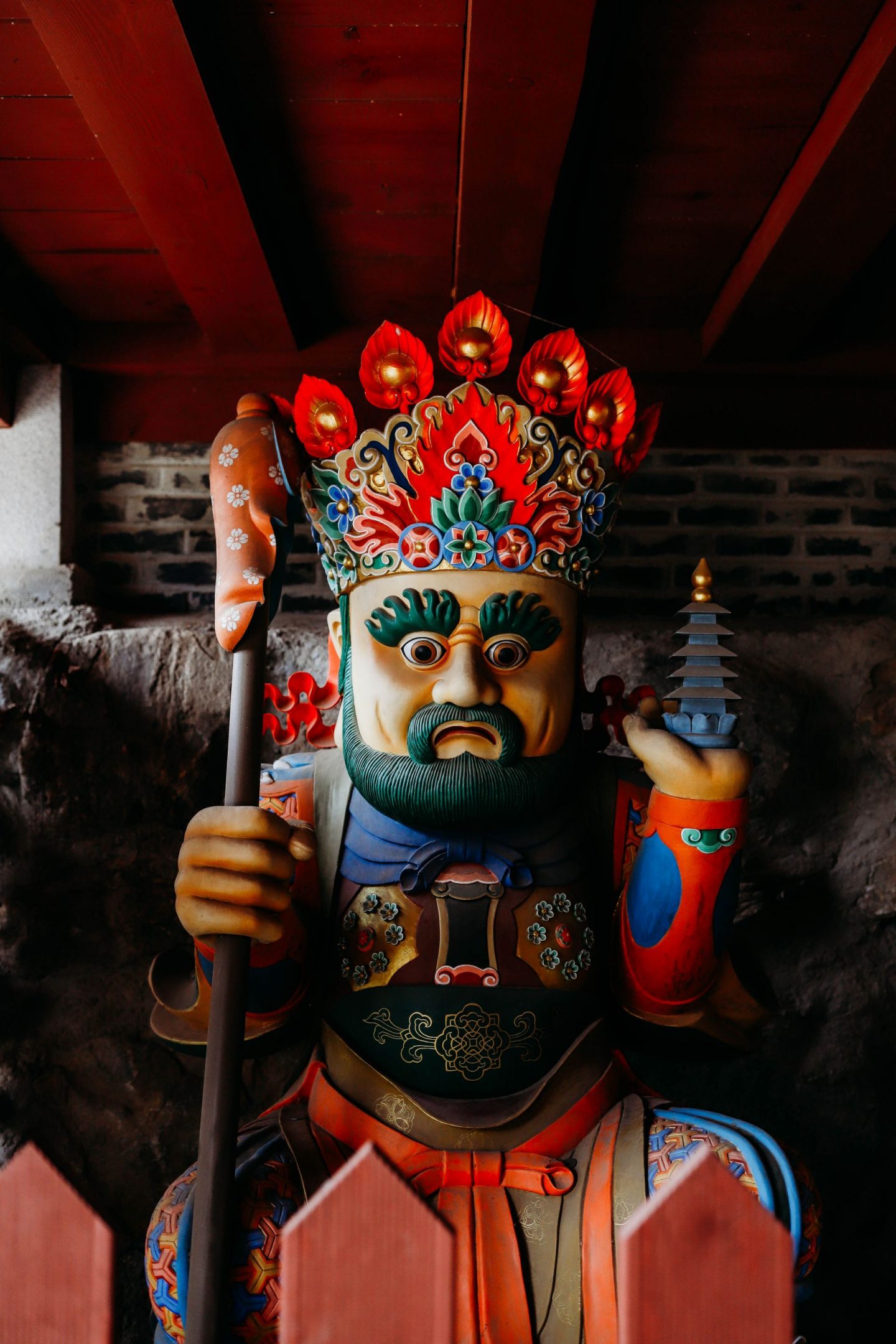 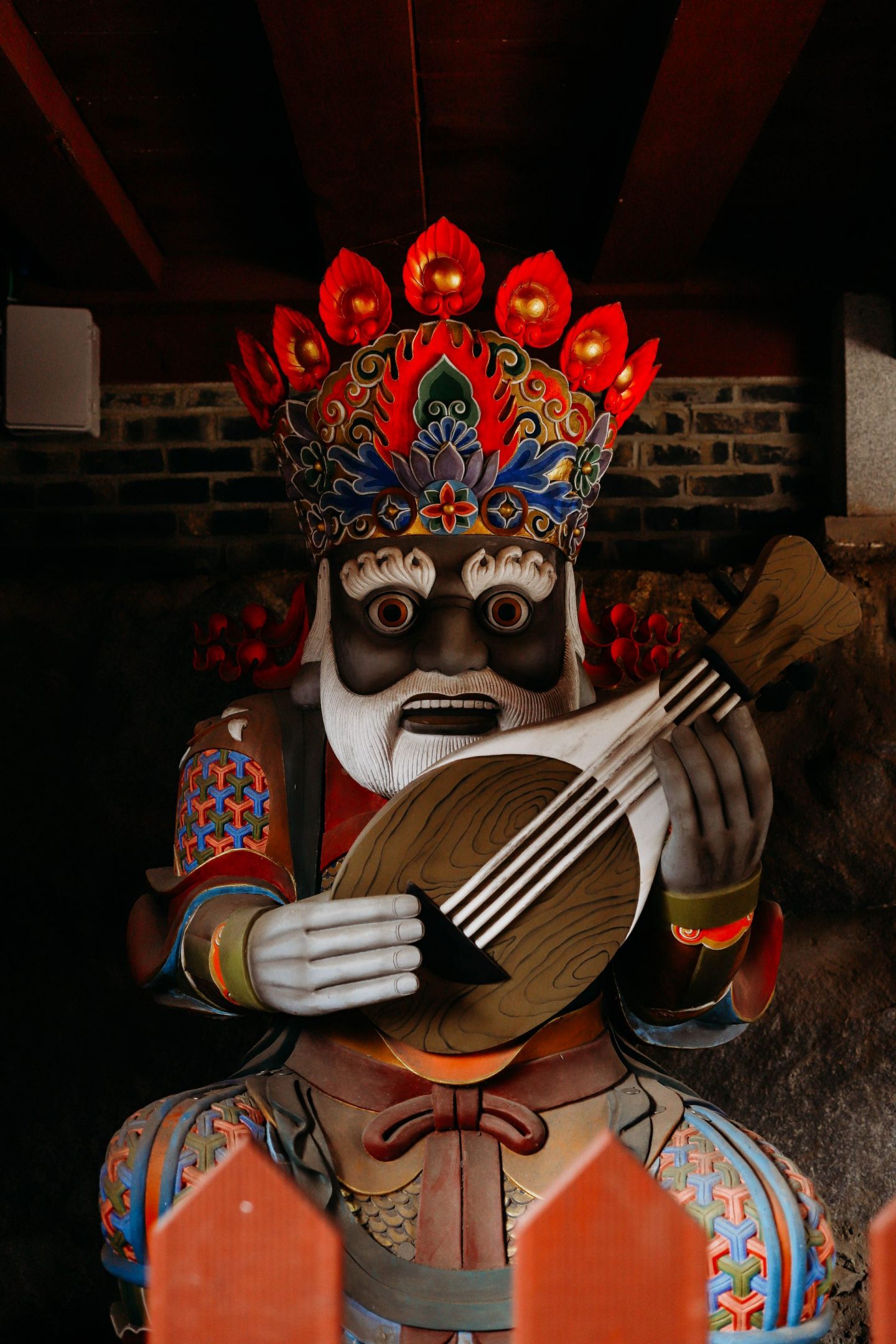 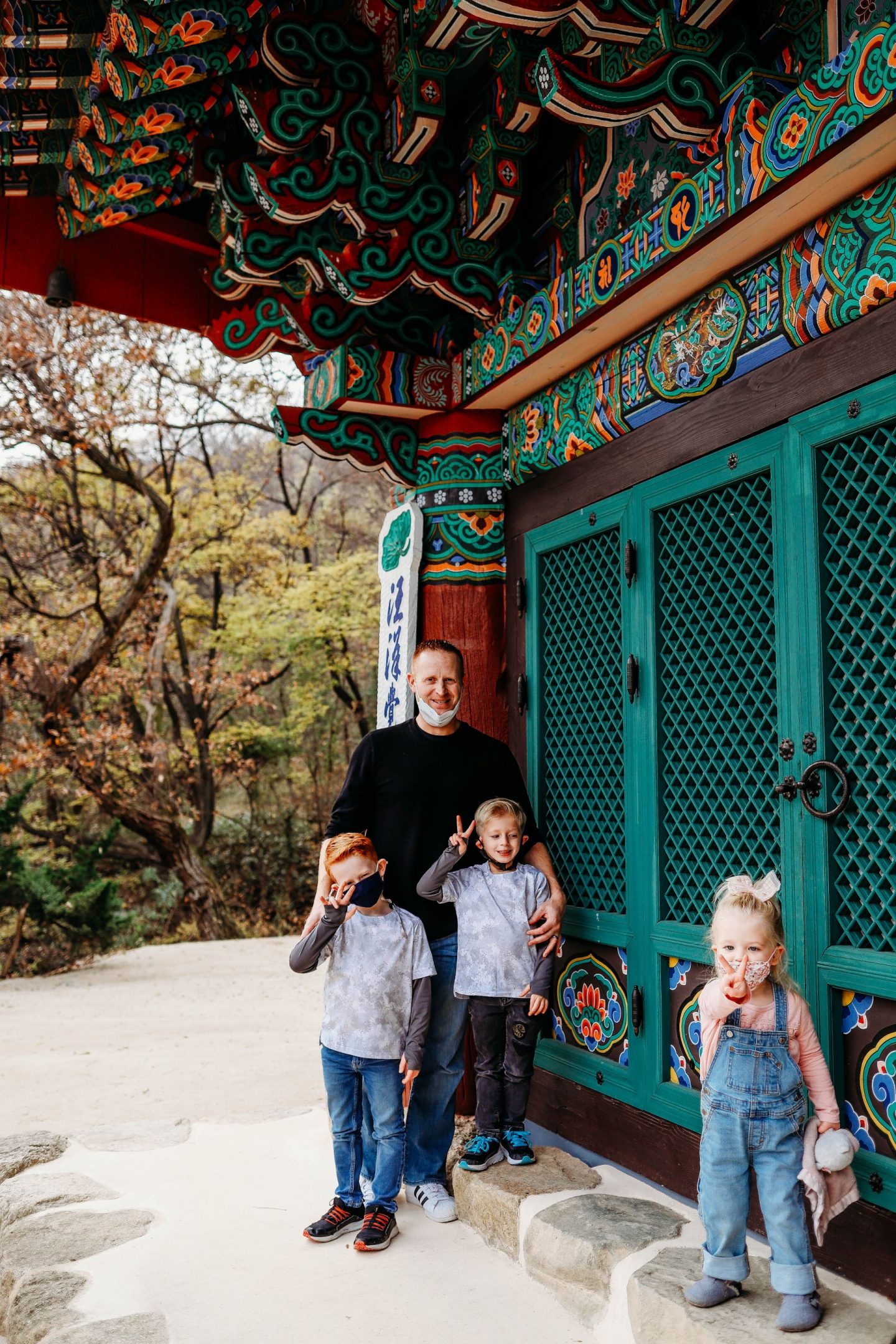 When we searched for Seoknamsa Temple, we actually found two distinctly different temples that seemed to go by the same name. One is very famous and is located in Ulsan. Anseong’s Seoknamsa Temple, however, is a little more obscure, yet has a newer sort of intrigue for its role in several K-Dramas. Seoknamsa is the setting of episode 8 of Goblin, or 쓸쓸하고 찬란하神. It is also the backdrop for episode 1 of My Girlfriend is a Gumiho, 내 여자친구는 구미호. And, before you ask, no, we haven’t seen either.

Directly above the parking lot is a large stone wall over which towers the first building. Housed within this first building are four giant statues that, while fenced off, offered an impressive entrance into the grounds. Perhaps even more impressive, however is that once you ascend from this first building is the towering set of stone stairs leading directly to the Yeongsanjeon Hall, which is designated as Korea’s Treasure No. 823. Best of all, Seoknamsa is surrounded by mountains and valleys, lending to an overall feeling of peace. 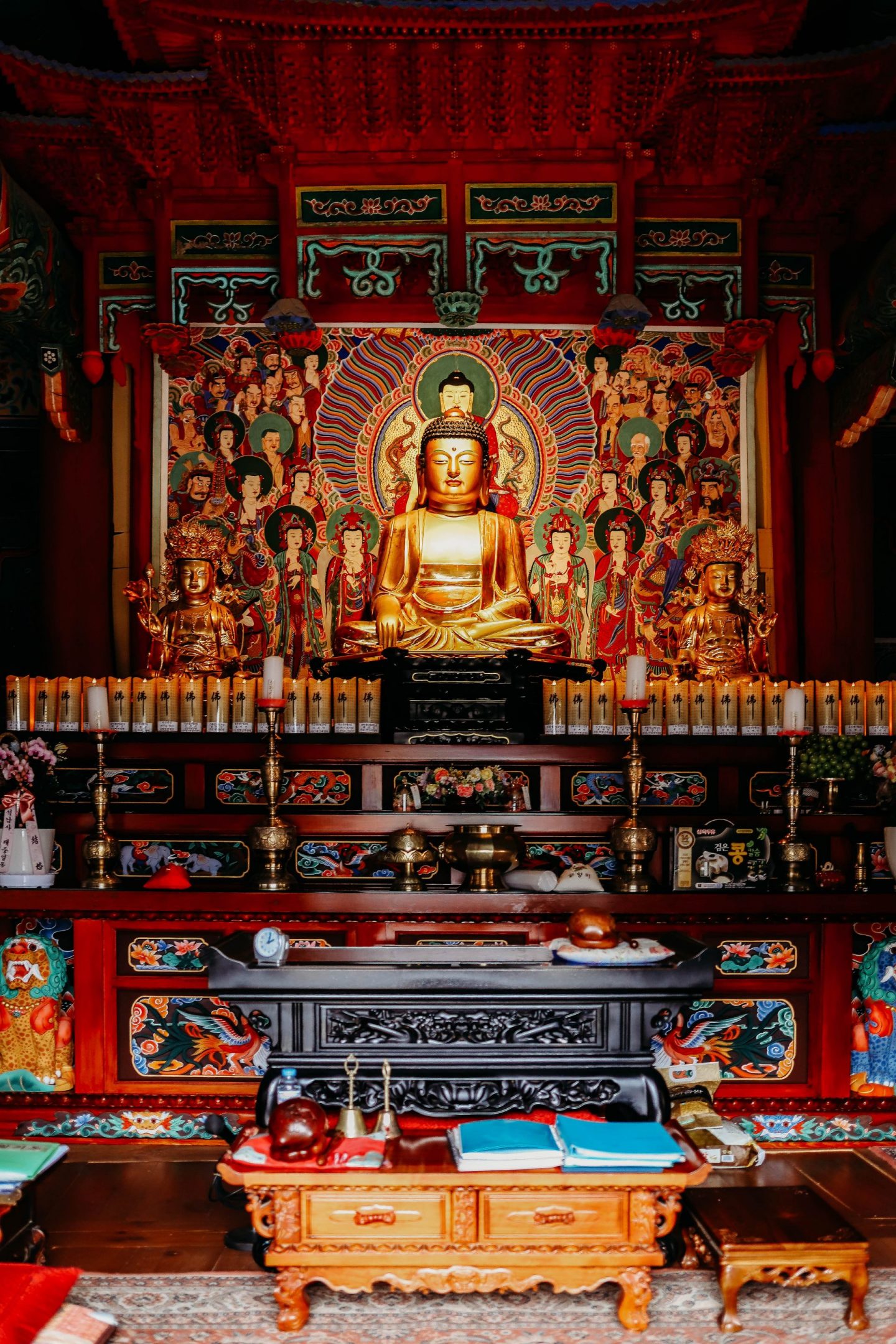 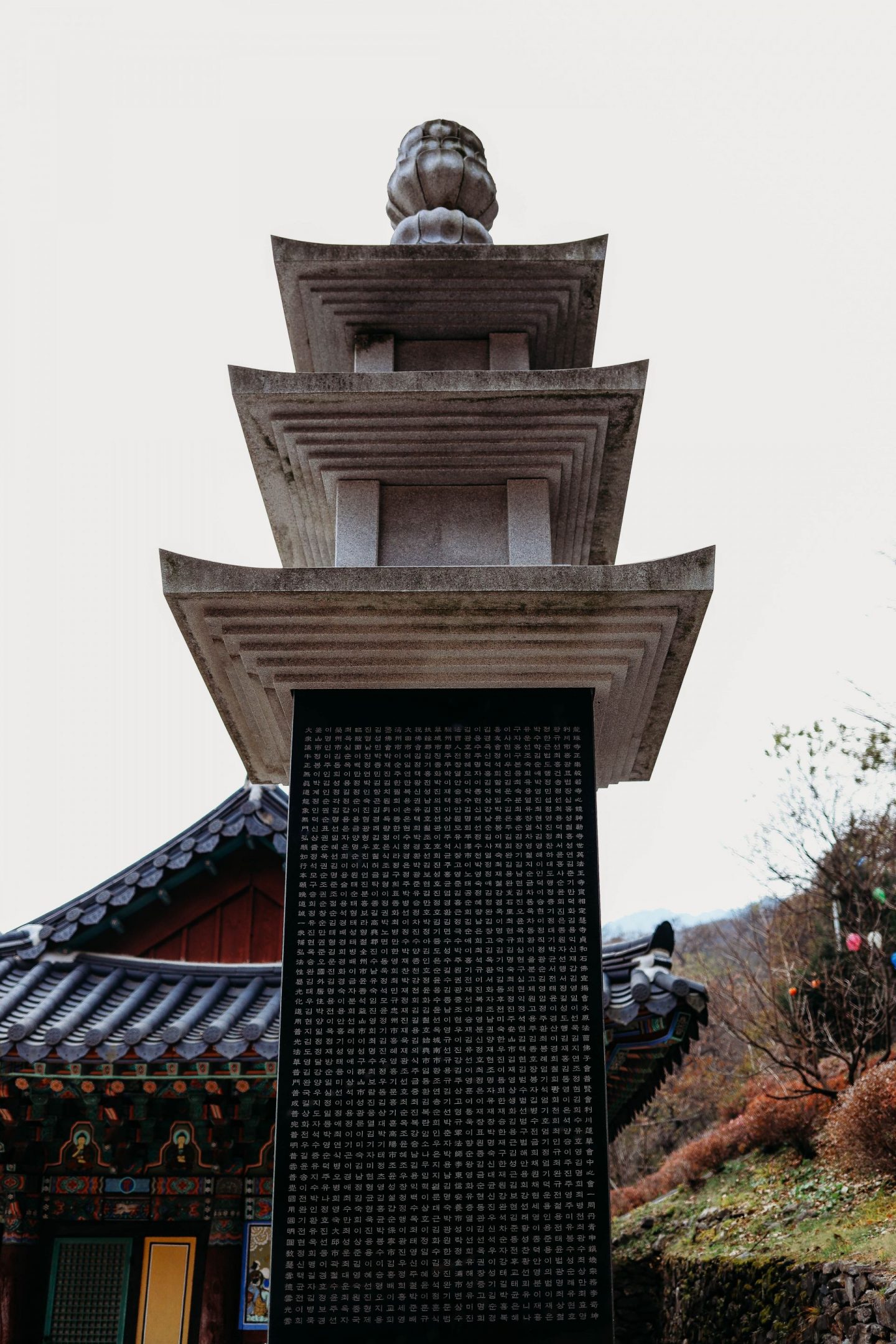 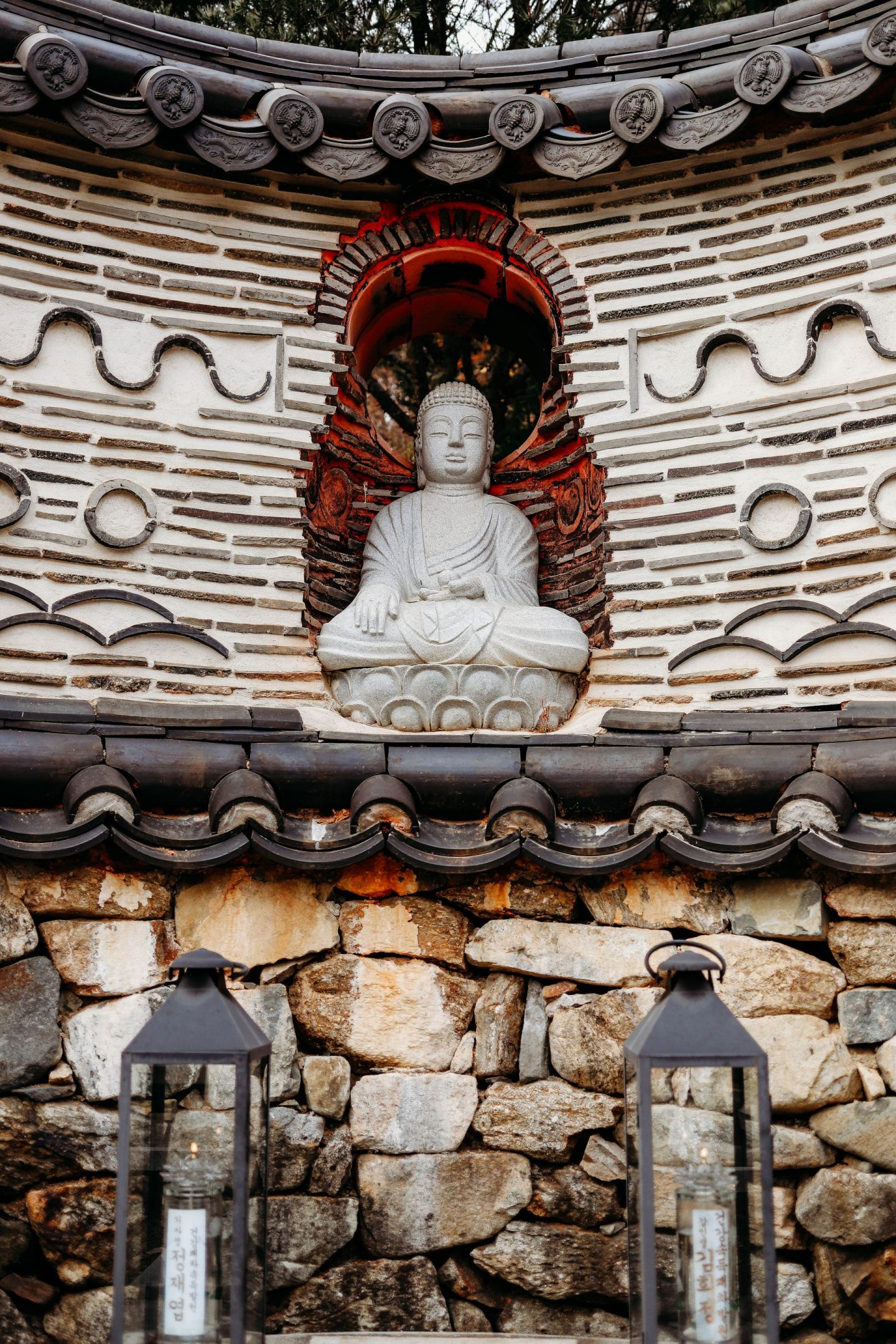 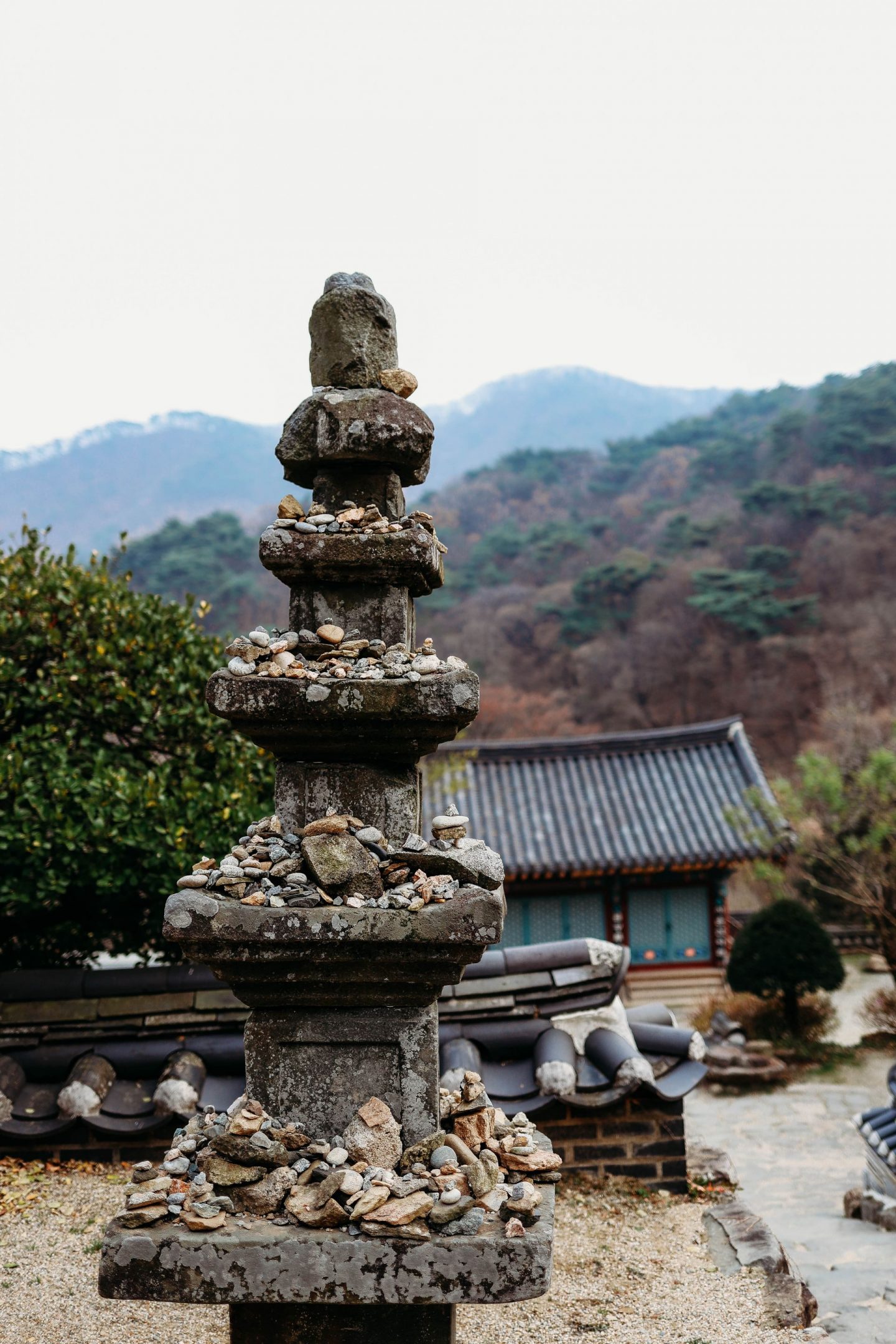 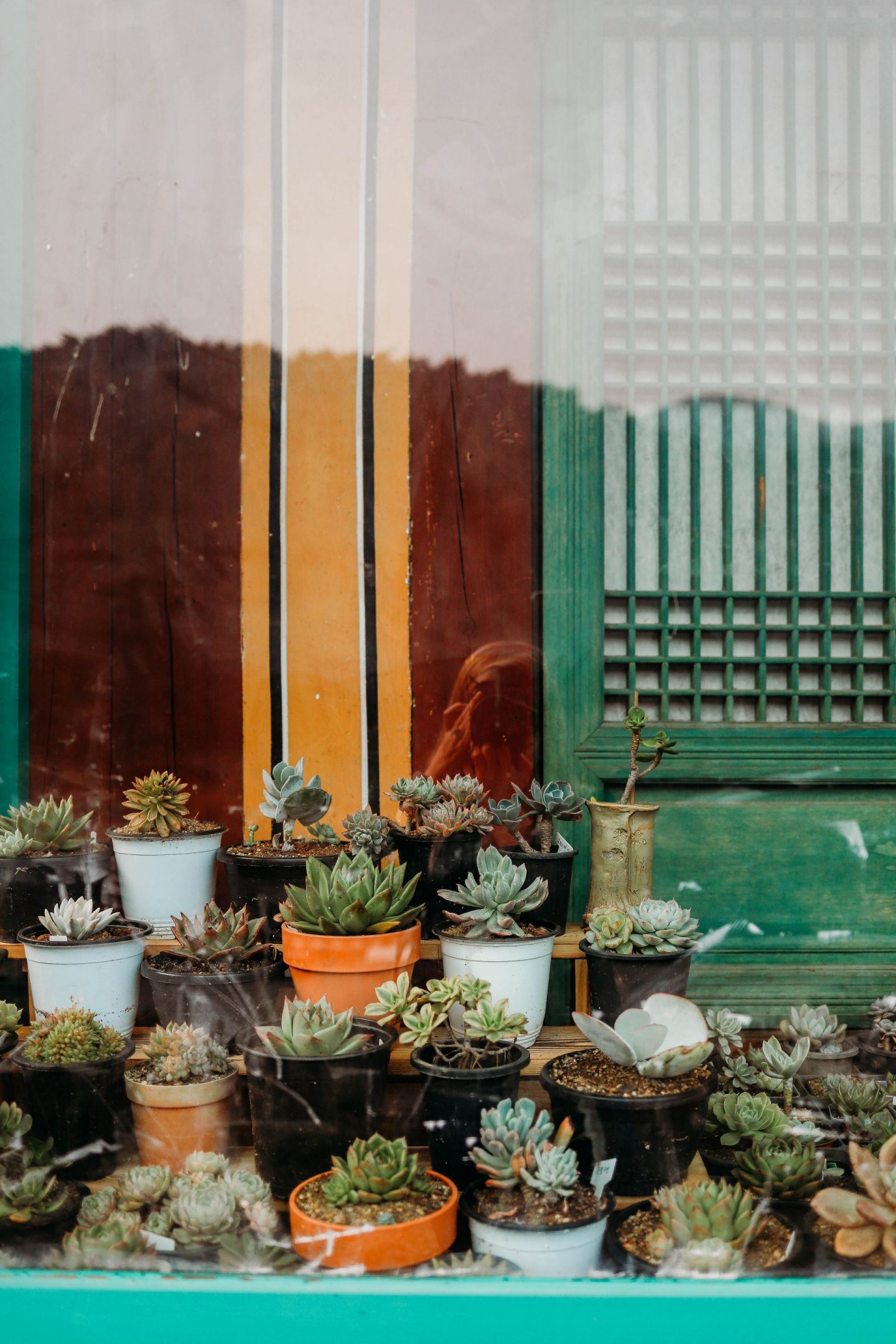 Cost: It’s free to visit Gakwonsa Temple, but it is customary when entering to provide an offering. A sweet gentleman actually gave Mieke W10,000 to offer, though we gave of our own, as well.

Accessibility: There are footpaths around the stairs, but most is old stonework or gravel.

Dress & Behavior: Because this is a place of worship and a holy site, it’s recommended to dress more modestly than one might in the US. For example, no thin-strapped tank tops or short shorts. In terms of behavior, children should be able to be quiet and as reverent as possible when within the temple in order to show respect.