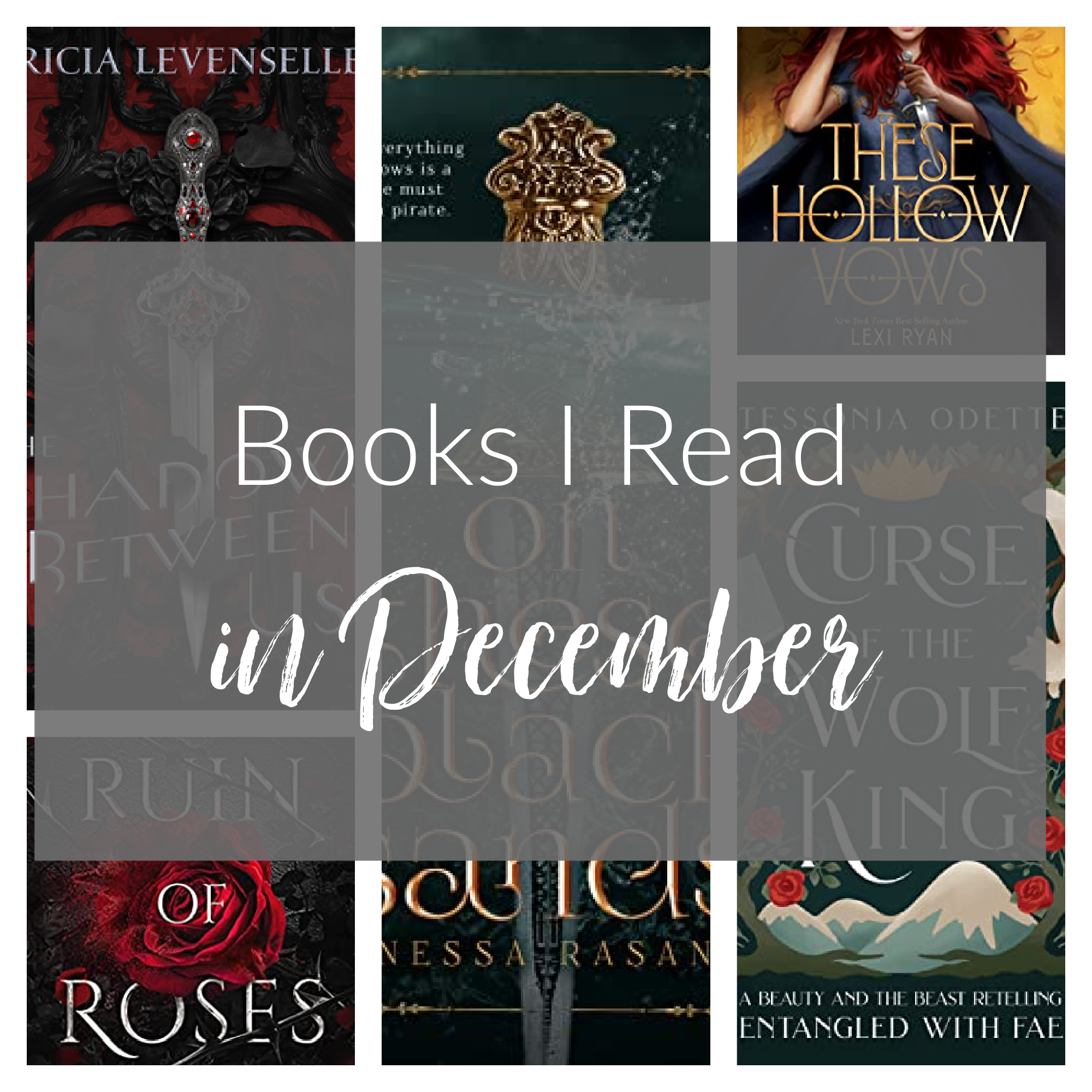 Okay, okay. I’m late on this recap, too. Let’s just come to terms with the fact that literally every part of this blog will simply be late this month. That’s life. That’s just January 2022 for you. I actually had a pretty good reading month in December though. After a pretty lazy month of reading in November, I’m excited to share the books I read in December because I tackled five books, and I enjoyed most of them, too!

Books I Read in December 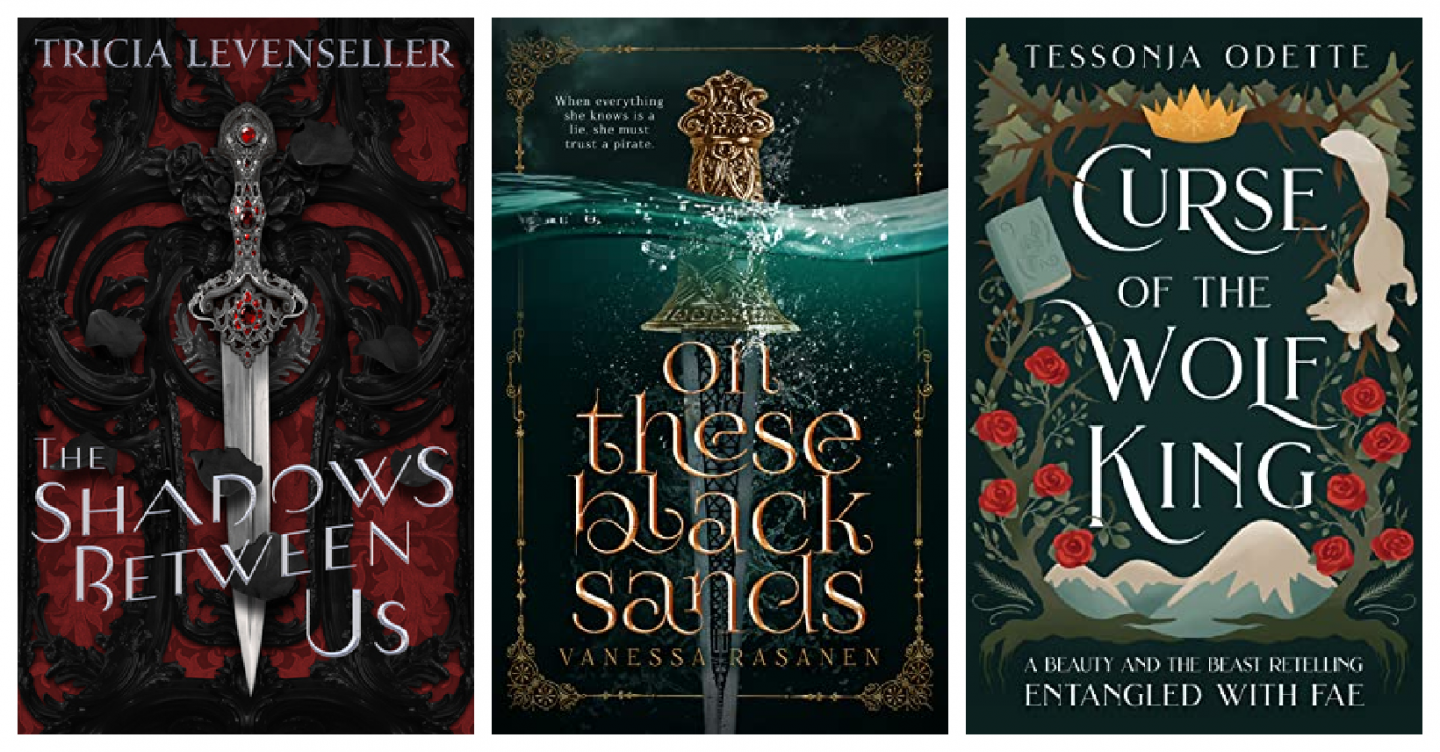 The Shadows Between Us by Tricia Levenseller has been on my list for a minute now and, though it actually came out almost this time two years ago, I only now got around to reading it. This one had some mixed reviews, which is part of the reason I held off for so long. I should really avoid reviews until I read the books, myself, but here we are. Alessandra was one of those characters who you love to hate, and it’s extra hard because she’s our main character. She was truly dislikable for a large portion of this book, but I found her transformation throughout the course of the book to be quite admirable. The Shadow King, while a great character, felt a little elusive. We only partially understand his power, so it takes a long time to truly understand him. Overall though, this book was equal parts thrilling and fun, delicious and deceitful.

I spotted On These Black Sands on someone’s TBR on Goodreads, and the premise was just enough to intrigue me. I read a lot of high fantasy, but I don’t read a lot about pirates and swashbuckling high-sea adventures with pirates. This one was a combination of the two (weird, right?), but it strangely works. While parts of the novel feel rushed – like the whole business with the fairies – the character development of Aoife and Declan were enough to keep me hooked. Oh yeah, and I’m bummed I have to wait forever for the sequel now.

I don’t read a lot of fairy tale retellings because they’re usually done really awkwardly and poorly, but Curse of the Wolf King is quite possible the best retelling of Beauty and the Beast that I’ve ever read. It’s easy to draw parallels between the original and the retelling and, yes, some of the characters and characterizations are blatantly obvious, but it was a refreshing and fun read. Gemma and Elliot were both quite likeable, and the fun tidbits of the next retelling sprinkled throughout were quite fun. Plus, I quite liked the parallel naming of characters, playing homage to the classic tale (Gemma Bellefleur, anyone?!) 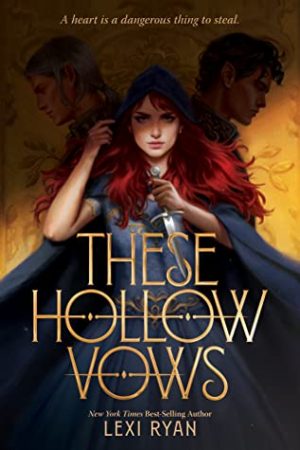 If you’ve read A Court of Thorns and Roses, you’ll know that once you finish the series, there’s just a gaping hole. No fantasy books quite fill that void. So, when I saw that These Hollow Vows was touted as ACOTAR meets The Cruel Prince, I had to try it.

It felt like a bit of a watered down version of ACOTAR, and Brie really annoyed me for much of the book, and Finn got the shaft in terms of character development, but let it be known that the ending surprised me enough that I’m officially invested in reading book two. 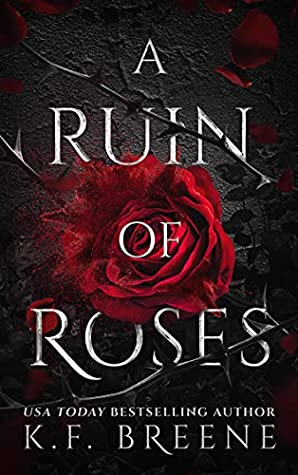 I don’t DNF a lot of books, and A Ruin of Roses gets a lot of hype in the fantasy community, but lawd. I hated it. Look, I can deal with a healthy dose of smut in books, but I absolutely cannot deal with gratuitous smut that really just feels excessive while lending absolutely no value to the overall story.

I wanted to like Finley because she was bold and strong, but her internal dialogue was obnoxious, and I honestly didn’t feel like the story, itself, was well-written. For the setting, it seemed very crass and lacked any semblance of eloquence. Soooooo, this was my first DNF of the new year.

Overall, the books I read in December were good though, and I’m hoping that my January TBR can keep up (spoiler alert…not so far). I am setting a goal to read 80 books this year, so, yikes. Wish me luck!

Tell me – what did you read last month? What are you reading now?