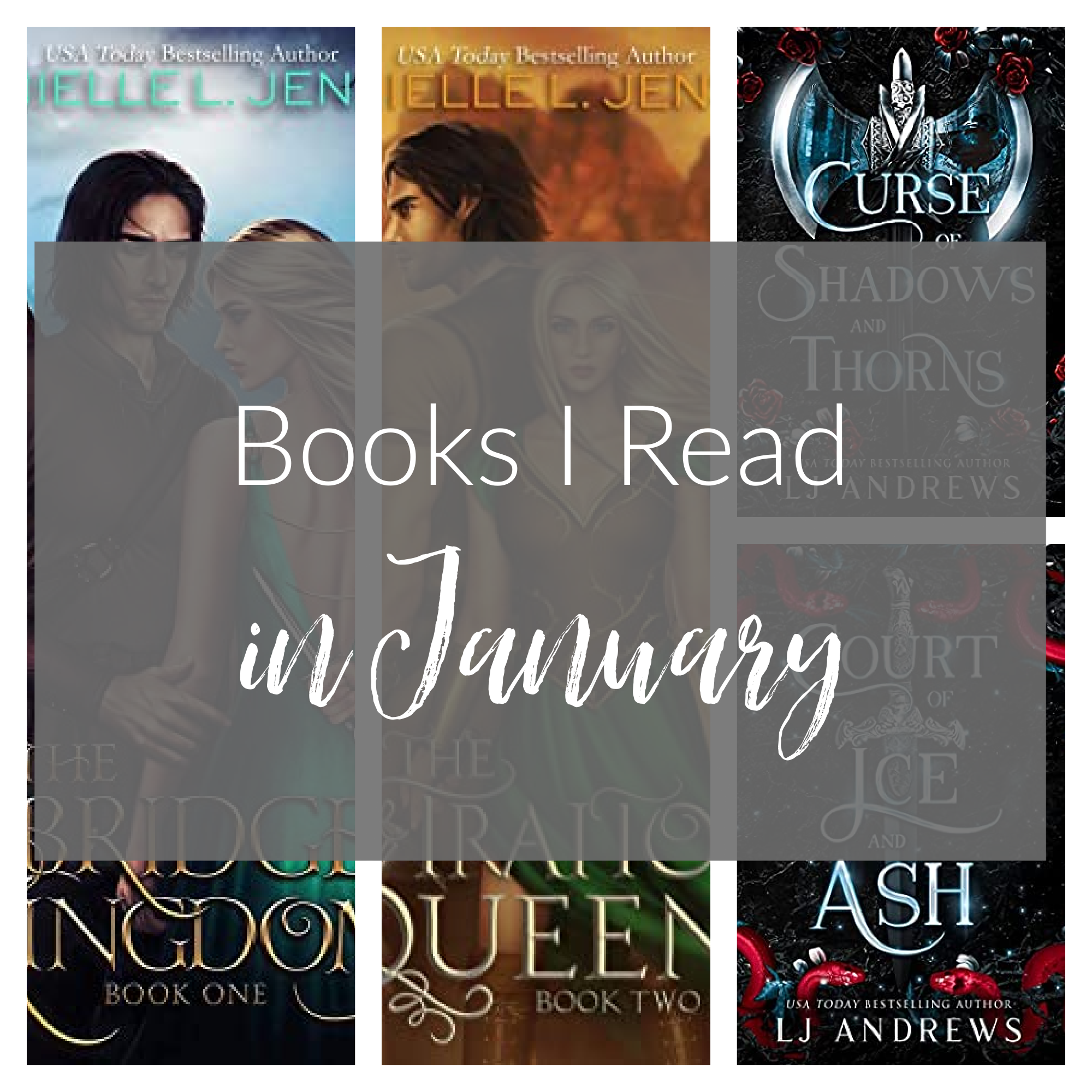 As usual, I’m a day late and a dollar short in sharing the books I read the last month, but here I am, ready to share. January wasn’t that busy of a month for us because of ROM and the fact that it has been so cold, so I got to dive into some new books, as well as some re-reads because I just can’t help it. Oh…and add in the fact that I had absolutely random insomnia, and it made for a four-book month, rather than the five books I read in December. So, without further ado, here are the books I read in January.

Books I Read in January 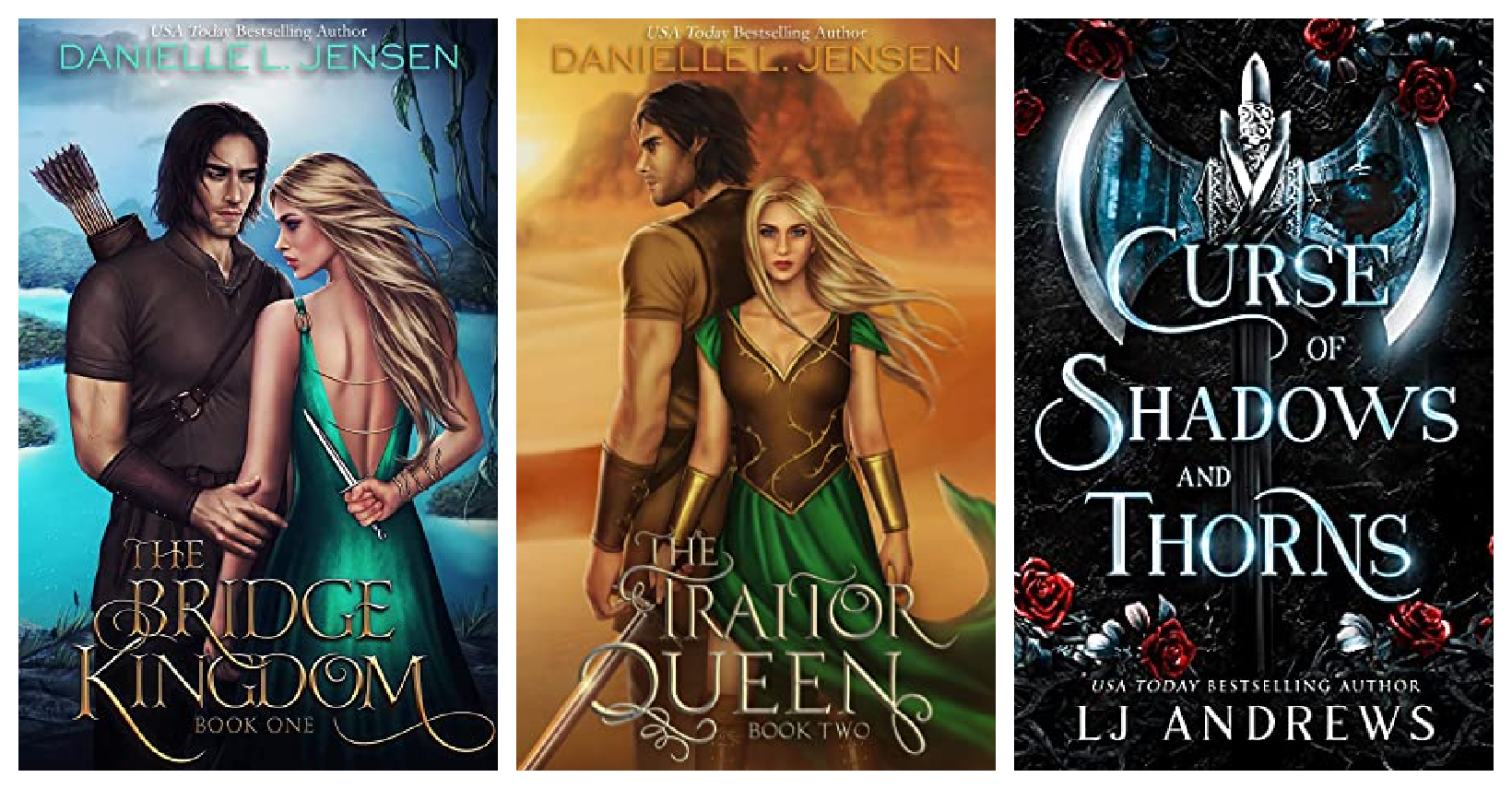 I started The Bridge Kingdom in the latter half of the month, and I didn’t really expect much. Truth be told, I hate the cover, so I didn’t look too much into it before then. It’s the launching point of a series from Danielle Jensen though in which we follow Lara and Aren for just two books (another reason I held off…I need more). I ended up reading this book in two days, which means that back before children, I would’ve read it in one sitting. Honestly, this has been my most enthralling read in a long while, and the combination of swashbuckling high seas adventure with a sort of modern take on high fantasy was really refreshing.

The Traitor Queen is the sequel to The Bridge Kingdom, again following Lara and Aren, though this time in the fallout of the events from the prior book. I’m honestly so sad this book is done! While I know there’s another book on the way, it follows Zarrah and Keris, rather than Aren and Lara, who I’ve grown to love. This book was equal parts action and adventure, with a smattering of the most epically frustrating romance in the world. The swashbuckling adventure, the addition of Lara’s sisters, and more turned it into an adventure I never wanted to end. (And yes, there’s a third book coming, but it follows different characters.

Curse of Shadows and Thorns was one of my earlier reads from the month, hailed as the perfect book for fans of Sarah J. Maas’ ACOTAR series. I was honestly pleasantly surprised by this one, though I wasn’t entirely shocked by the plot twists throughout the first half of the book. In fact, I actually saw most of it coming. The end, however, I did not see coming, and that absolutely frustrated me to the point where I had to read the sequel just to keep up with Legion and Elise. 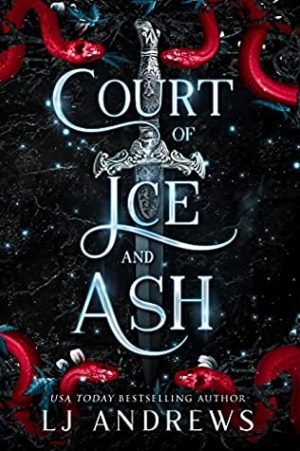 I followed the last book up with its sequel, Court of Ice and Ash, which I actually thought was stronger than its predecessor! In this installment, we get a dual POV, and it’s done really well, giving a glimpse into both Elise and Valen’s minds.

We also got a host of new secondary characters to love, and I thought that they really enhanced the storyline. Also, it must be said that the battle scenes are really well done, and the world-building is superb! While I wish we had a little more time in each of the characters’ minds, I felt like we got to see some serious growth in Elise, in particular, which I enjoyed because everyone wants a strong heroine. Oh, and good news…book three is out now!

So, that’s a wrap on the books I read in January. It wasn’t my best reading month, but I’ve had a great start to this month, and I can’t wait to share those. Honestly, there are so many good books coming out this year that I don’t even know where to start!

Tell me – what was your best read this past month?