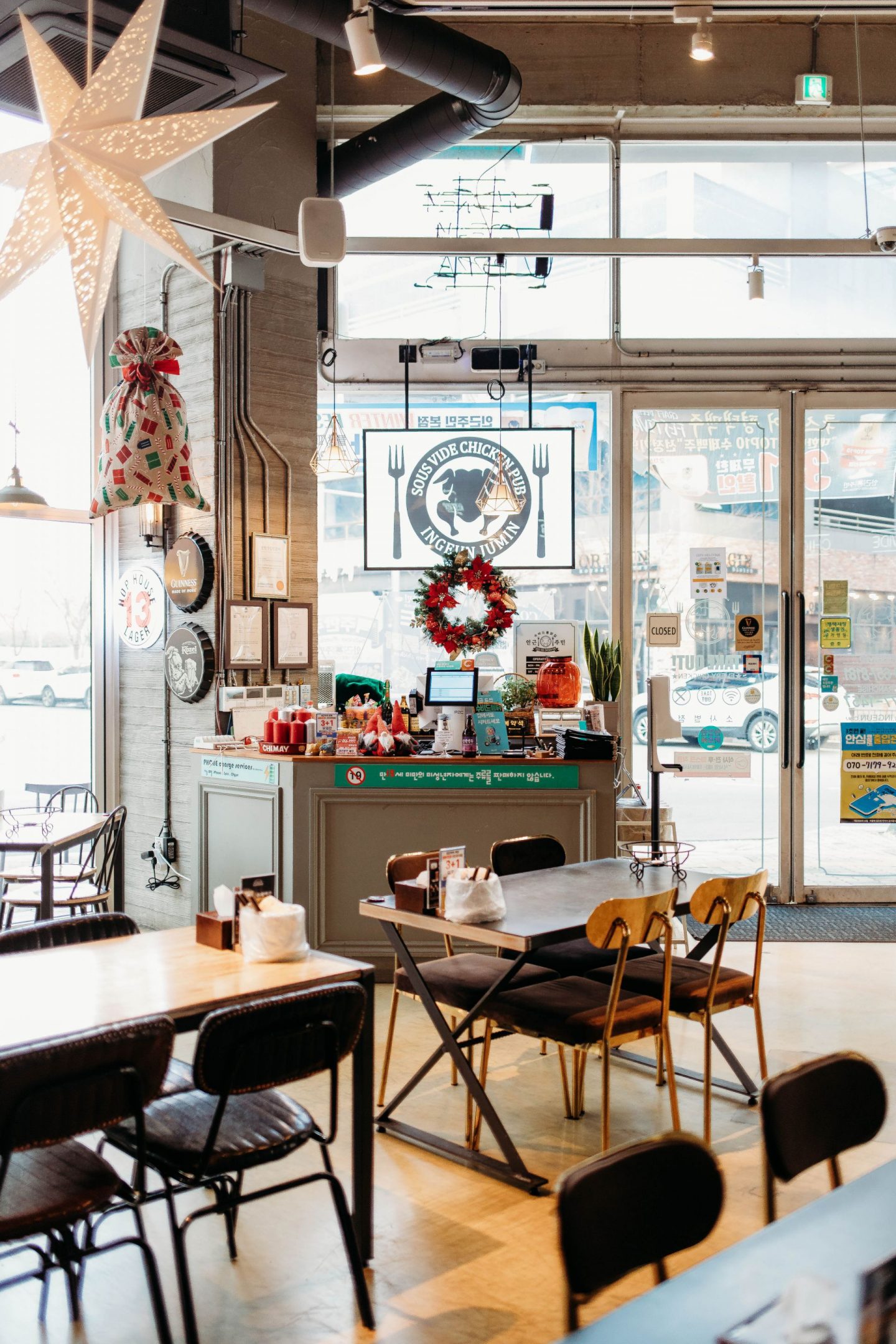 There is absolutely no shortage of fantastic restaurants in South Korea. From little hole-in-the-wall restaurants to mom-and-pop kitchens and even upscale eateries, South Korea has it all – and not just in Seoul. We’re stationed at Camp Humphreys in Pyeongtaek, and we have some really amazing restaurants. And, while we’ve relied solely on Shuttle delivery during our most recent ROM, we finally got to go out to dinner again as a family this past weekend now that restrictions are lifting! We try to consistently try new places, but some gems just stick with you. That’s how we feel about Sous Vide Chicken Pub in Pyeongtaek.

We first heard about Sous Vide Chicken Pub as the infamous “bomb chicken,” a place that serves mouthwatering chicken dishes, great drinks, and an atmosphere that’s entirely unique. Frequented by both Koreans and Americans, this is one of those restaurants that’s just made a name for itself as much for the food as the company. We always have a great time there, in large part because Mr. Kuk, the owner, created a restaurant that’s family-friendly, delicious, and completely welcoming. Every time we visit, it’s like coming home.

Since we haven’t been able to dine out since Christmas, we’ve missed seeing Mr. Kuk, but the second we opened those doors, the kiddos ran to him. He is just the nicest gentleman, and he quickly got us situated at a corner table where we could hunker down and not worry about all the noise and fuss our group makes (not that he cares either!) 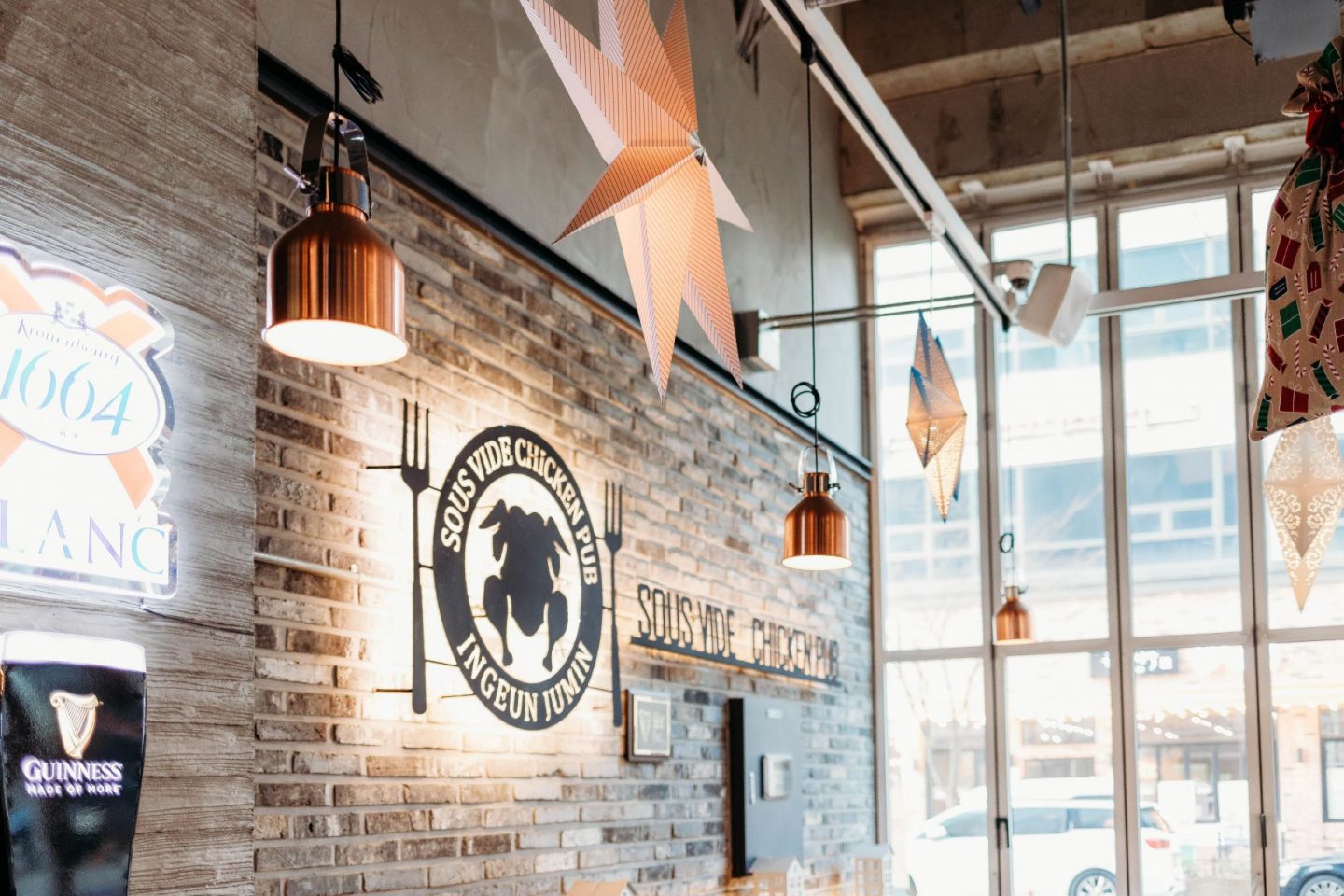 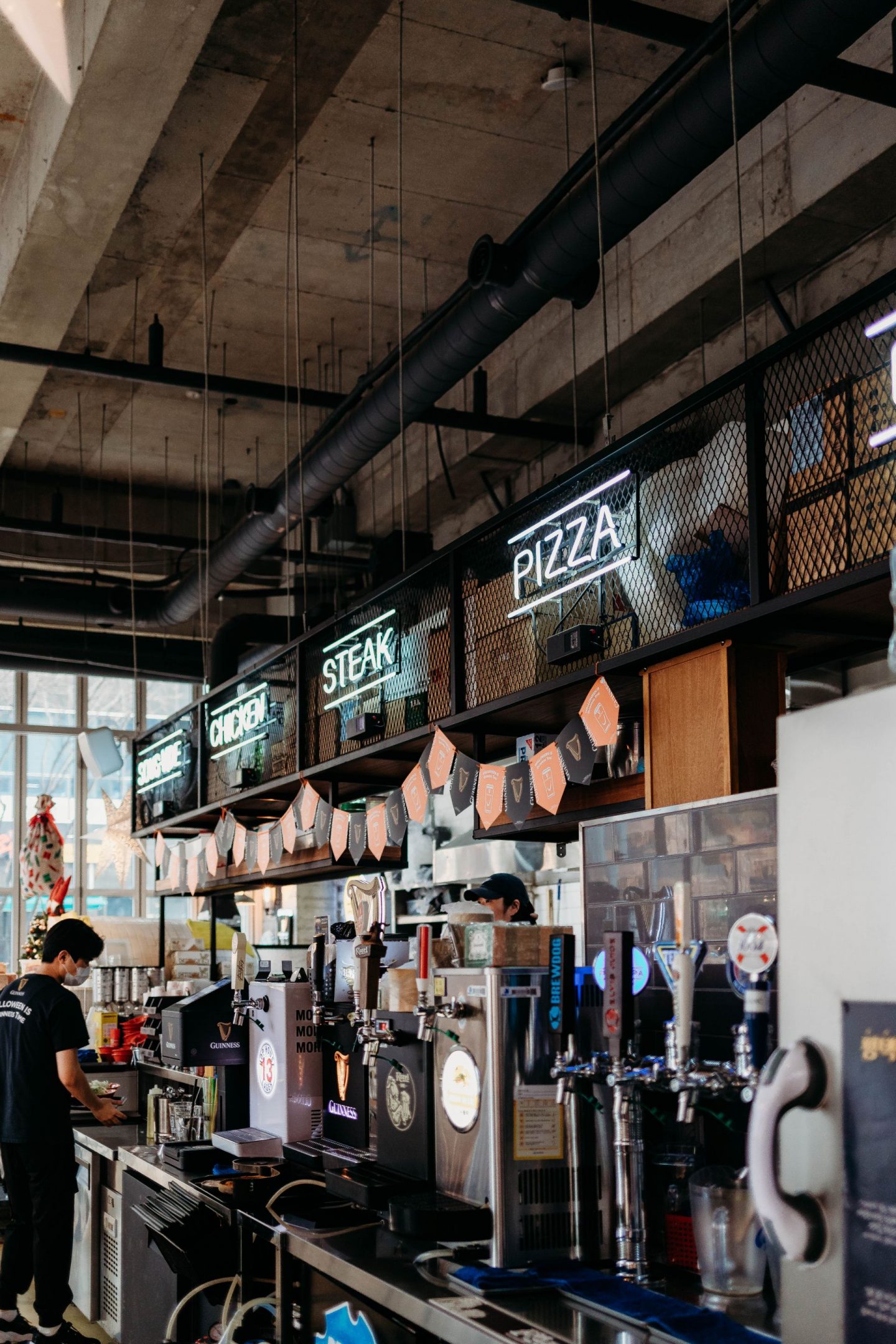 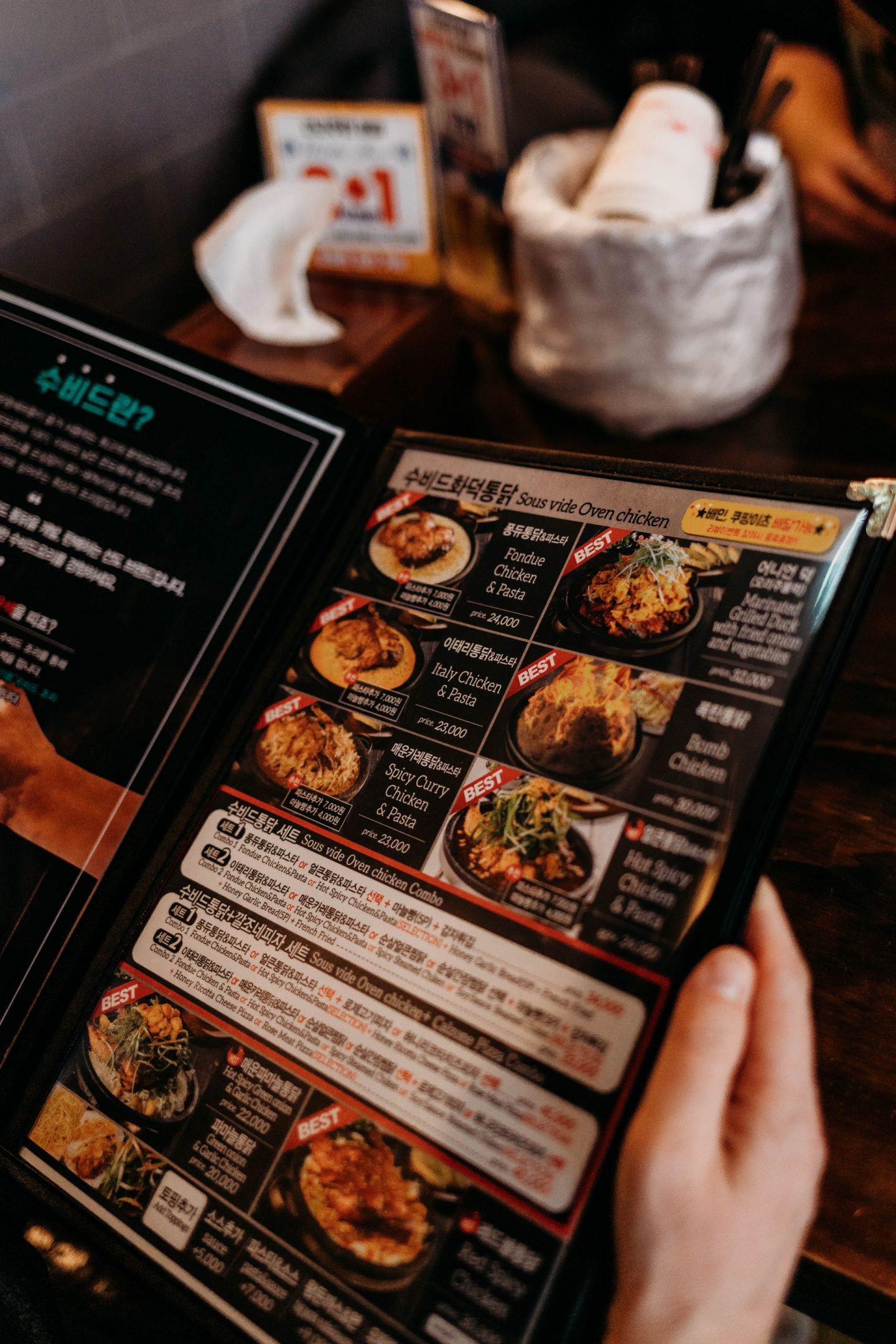 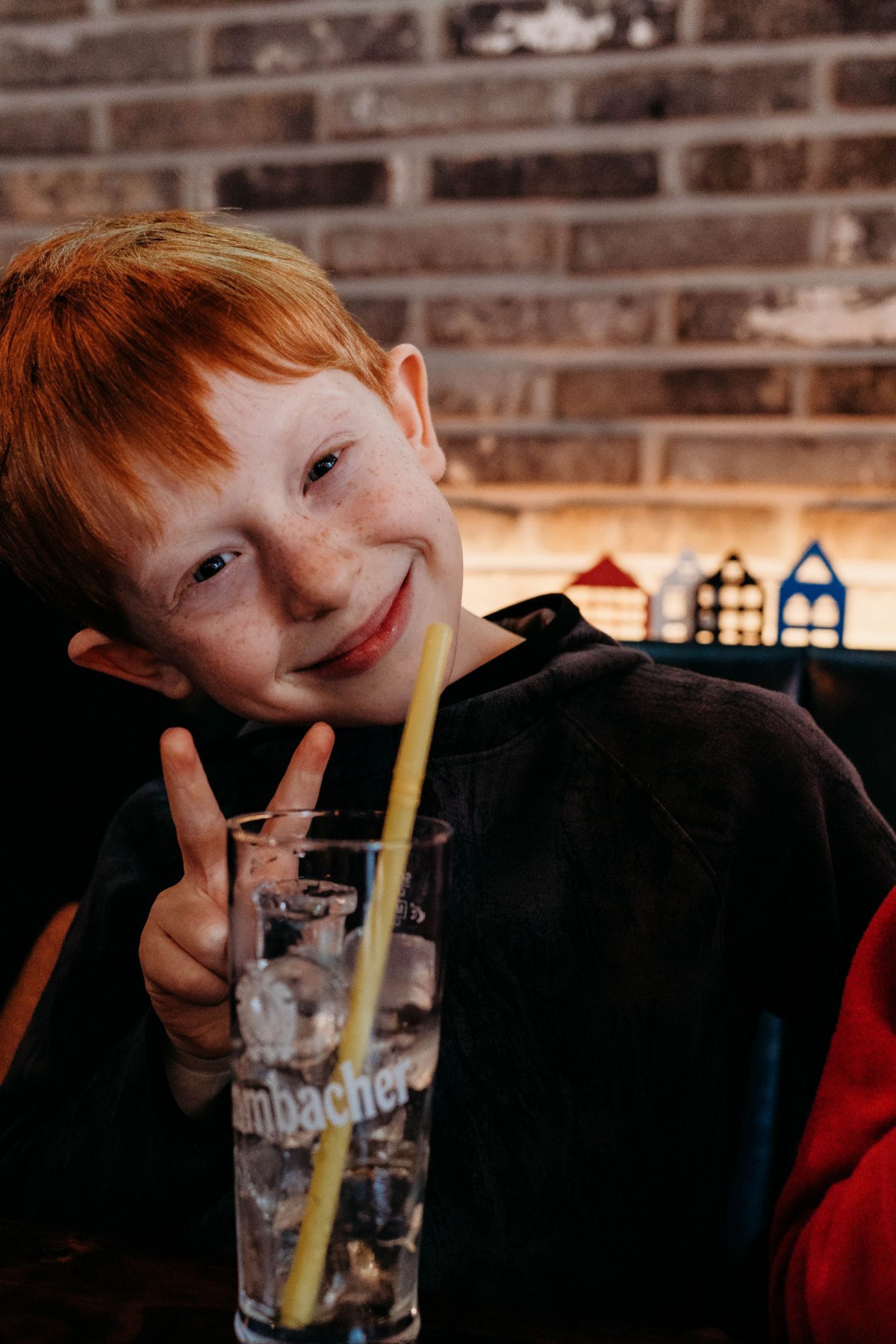 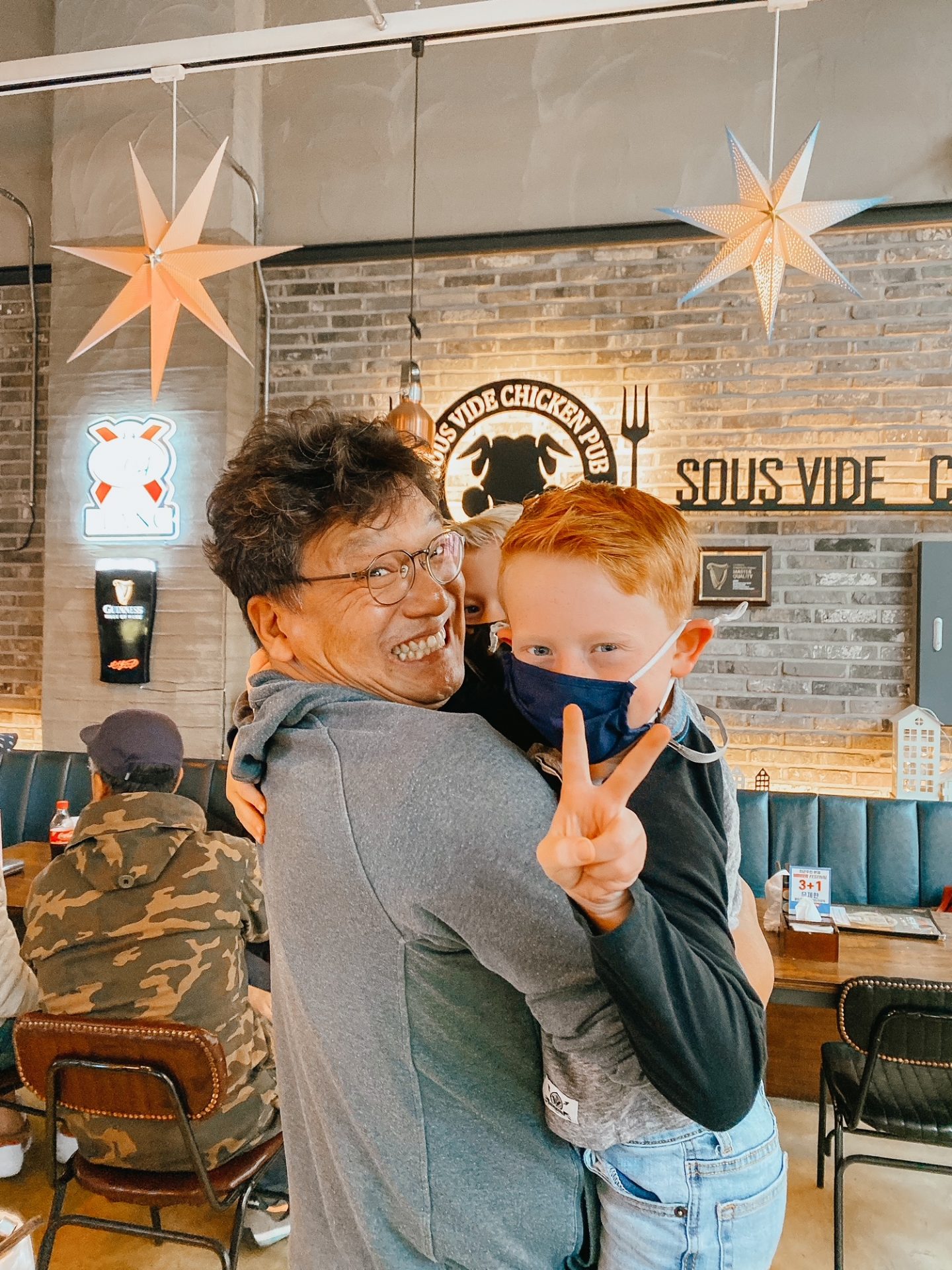 Why You’ll Love This Restaurant

While we’ve dined at our fair share of actual Korean restaurants, Sous Vide Chicken Pub has an English menu, which makes it just a little bit less of an intense dining experience. You can still find Korean fare on the menu, the pub is known for its aptly-named sous vide chicken – and the bomb chicken, in particular. The Bomb chicken is a whole sous vide (read: extra tender) chicken served inside a flaming bubble of dough and stuffed with melted cheese and pepperoni. It’s like pizza…but better.

It also brews some of its own beers, sources local favorites, and has plenty of kid-friendly fare, too. Our kids are partial to the fried chicken and snow fries. One order feeds three of our little ones, and they love it! The drink menu is plentiful and you can find everything from soju to Cass, Terra, and my personal favorite, Kozel Dark with a cinnamon sugar rim. 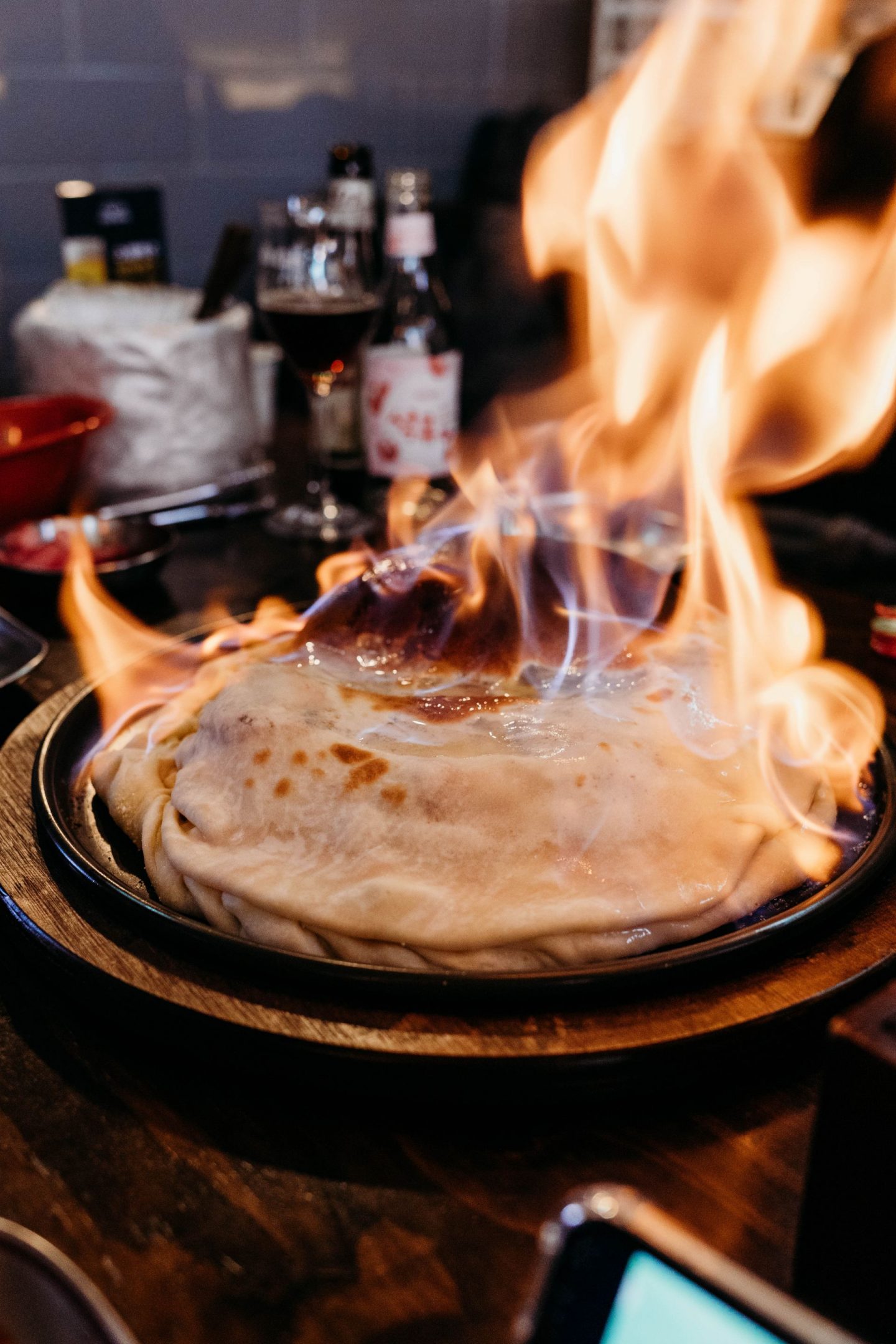 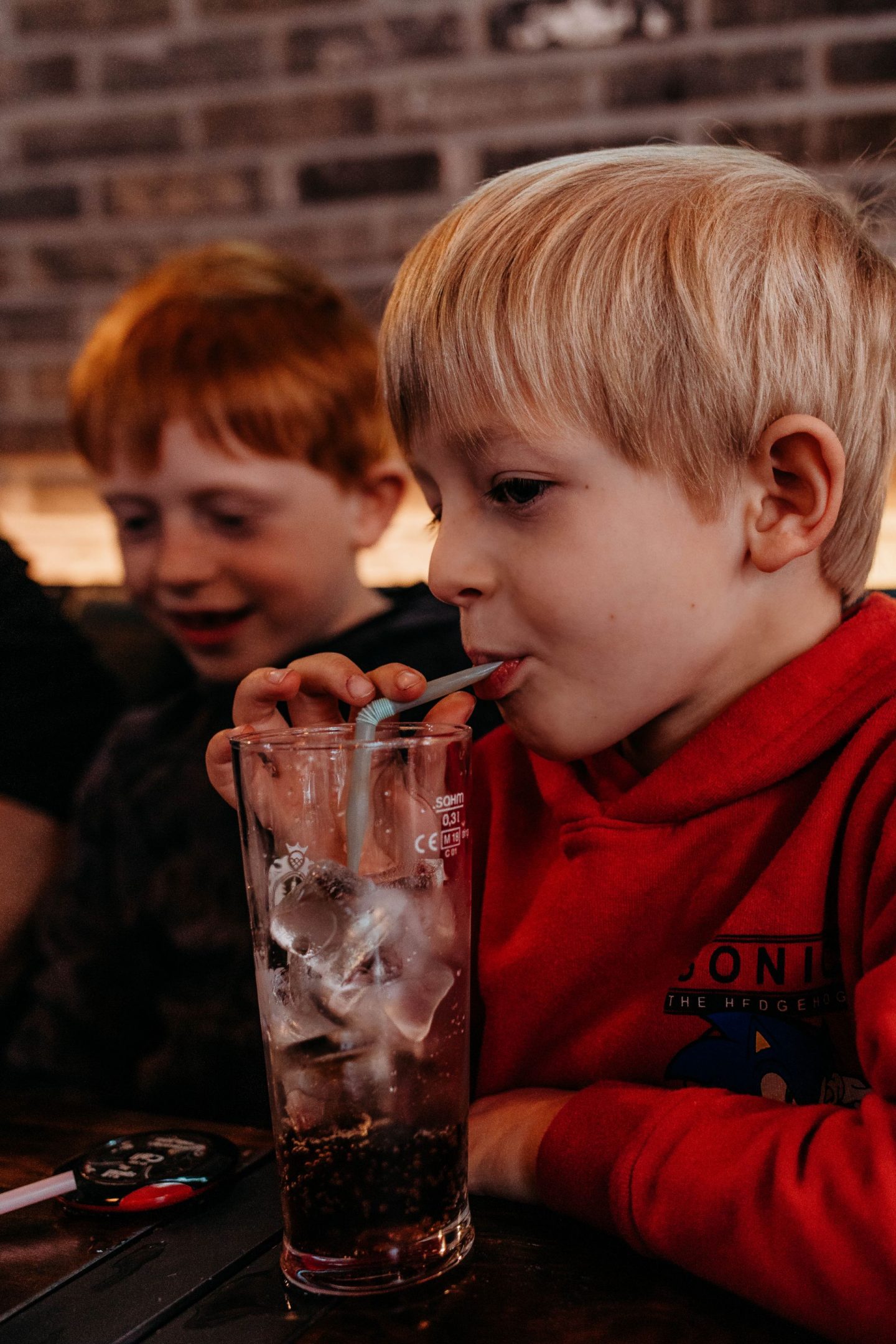 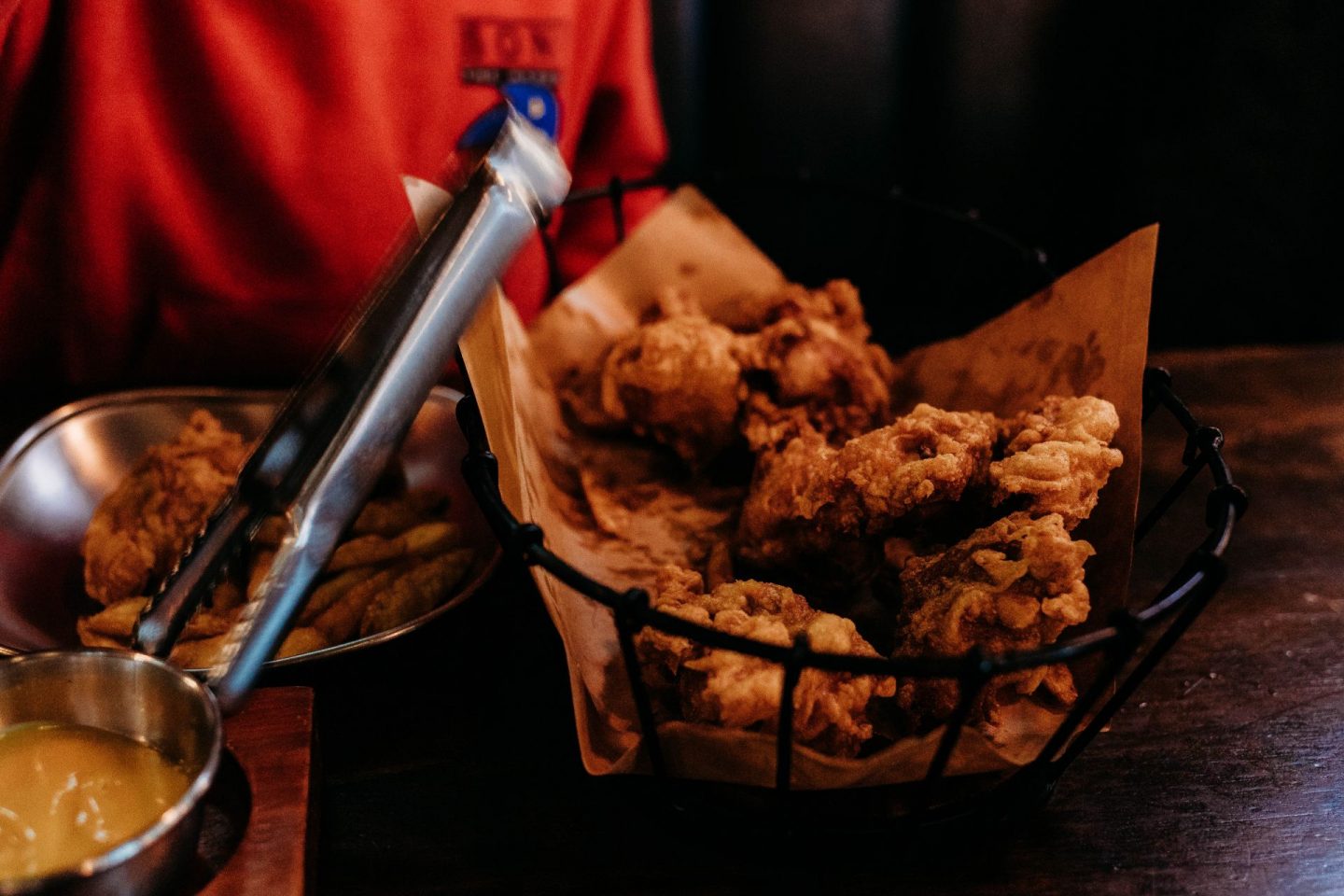 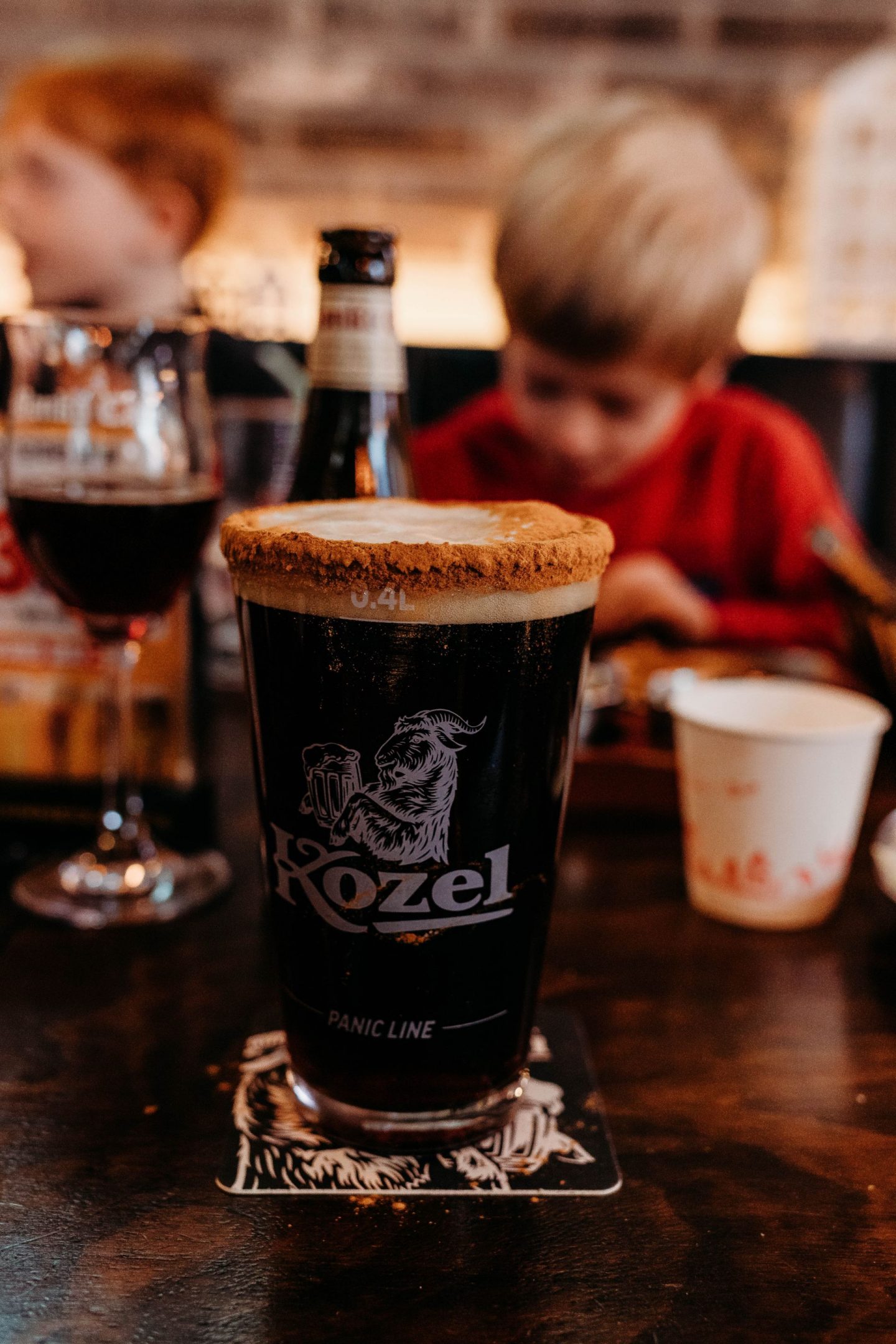 Located in downtown Sosabeol, it’s just about 20-25 minutes from Camp Humphreys. You can take a cab, or you can drive, but remember that parking can be an issue in Sosabeol without a Korean credit card. The Korean underground lots don’t accept American credit cards, so if you do drive, park in one of the neighborhoods nearby and walk.

Whether you walk or drive, use the following address in Naver for Sous Vide Chicken Pub: 경기 평택시 비전2로 212