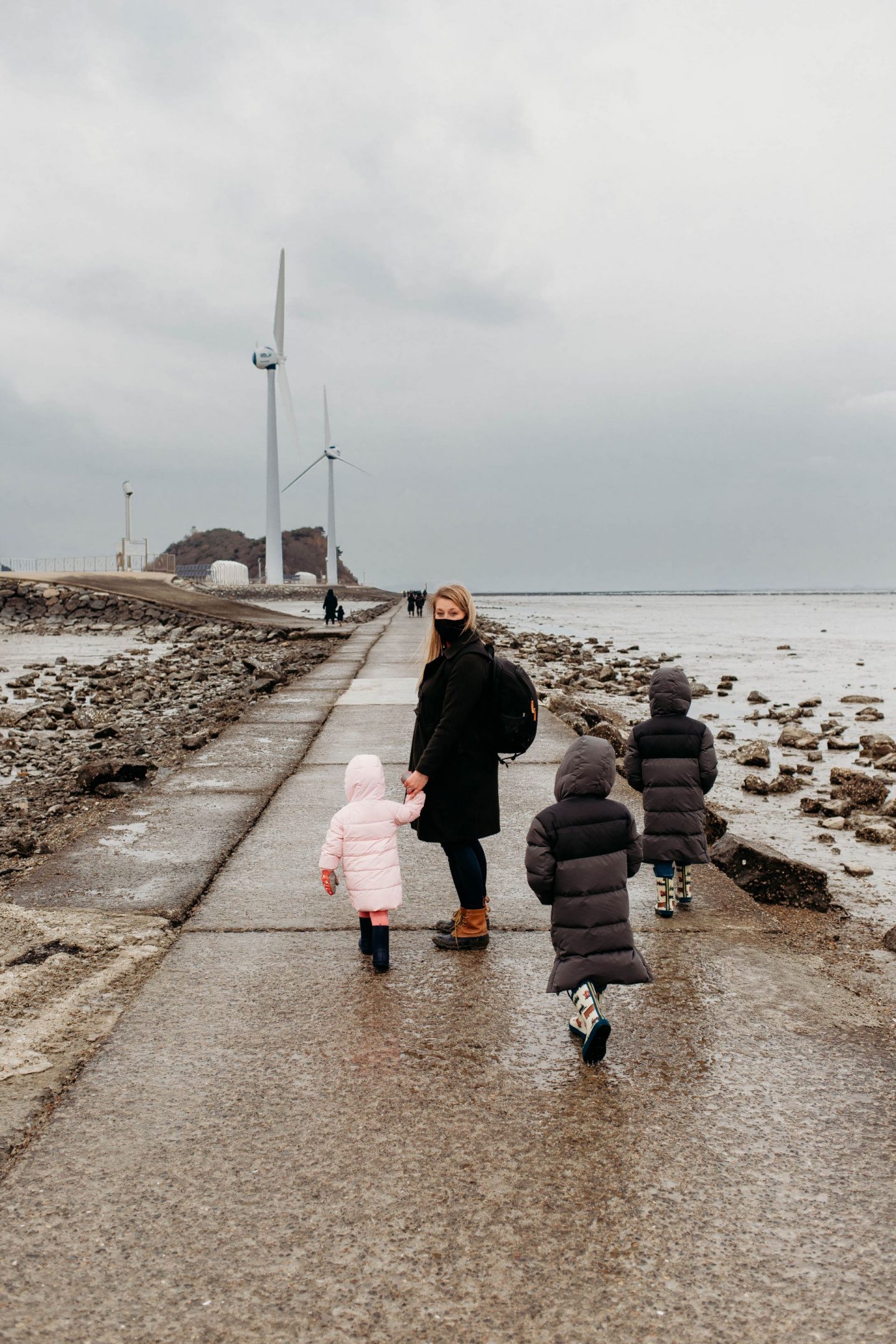 If you’ve followed us for a while here, you know that outdoor adventures are our jam. We love seeing cool buildings and exploring cities, too, but there’s something really neat about finding unique locations, as well. We visited the Tando Island sea crossing in Ansan this past weekend, and it was one of those places that we definitely want to visit again when the weather warms up.

Tando Port is kind of an obscure diamond in the rough. About an hour from Camp Humphreys, the eponymous Tando Island sea crossing connects Tando Island in Ansan city to the uninhabited Nue Island. While normally covered completely with water, twice a day, the sea parts for about for hours, revealing a paved path directly from Tando Island to Nue Island.

My goal was to get to the Tando Island sea crossing before the lowest tide revealed the path in its entirety, but tide charts are hard for yours truly, and we got there at the peak of low tide. Nevertheless, it was really neat to arrive and sea a walkway directly through where the sea once was, leading out to the island across the sea. 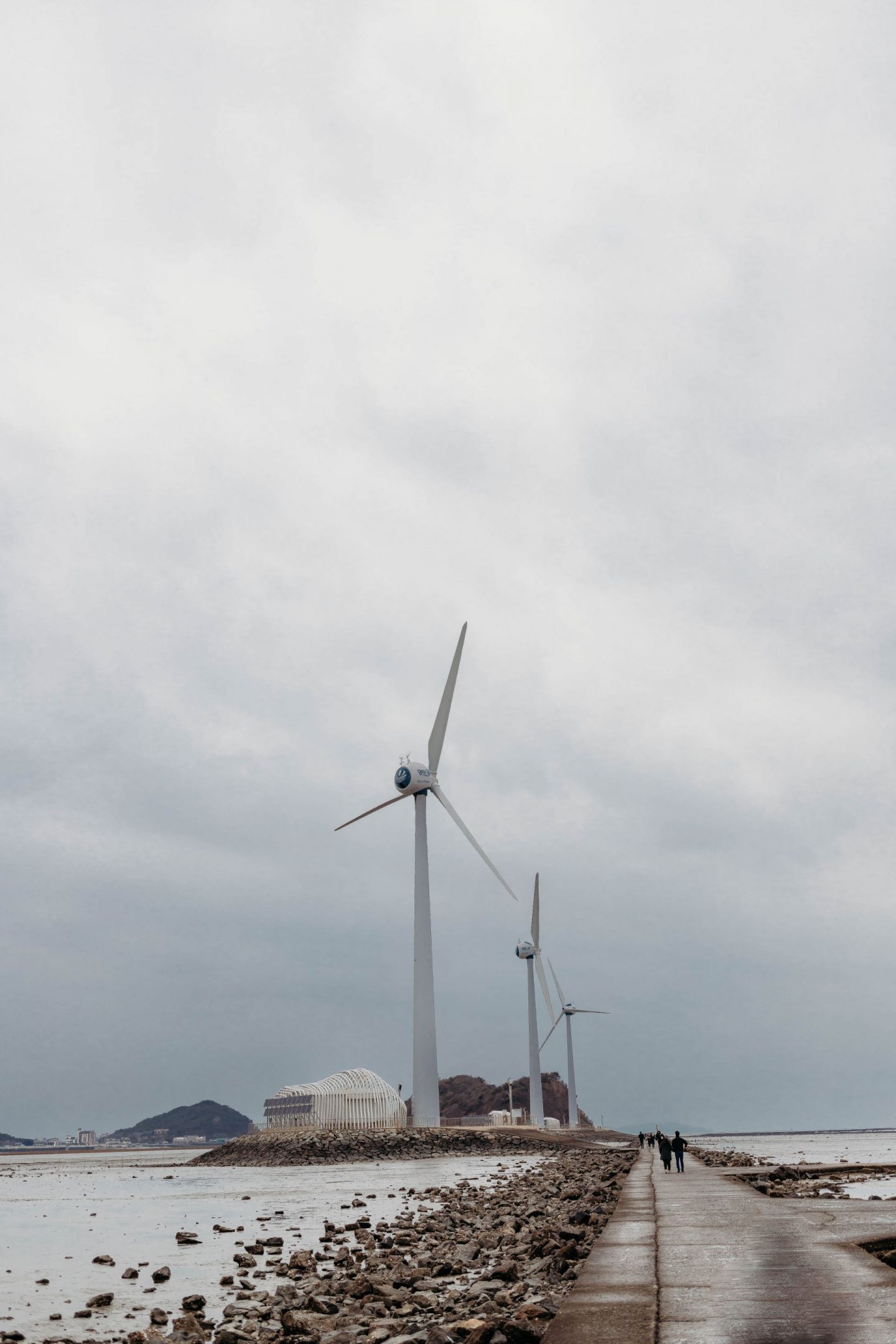 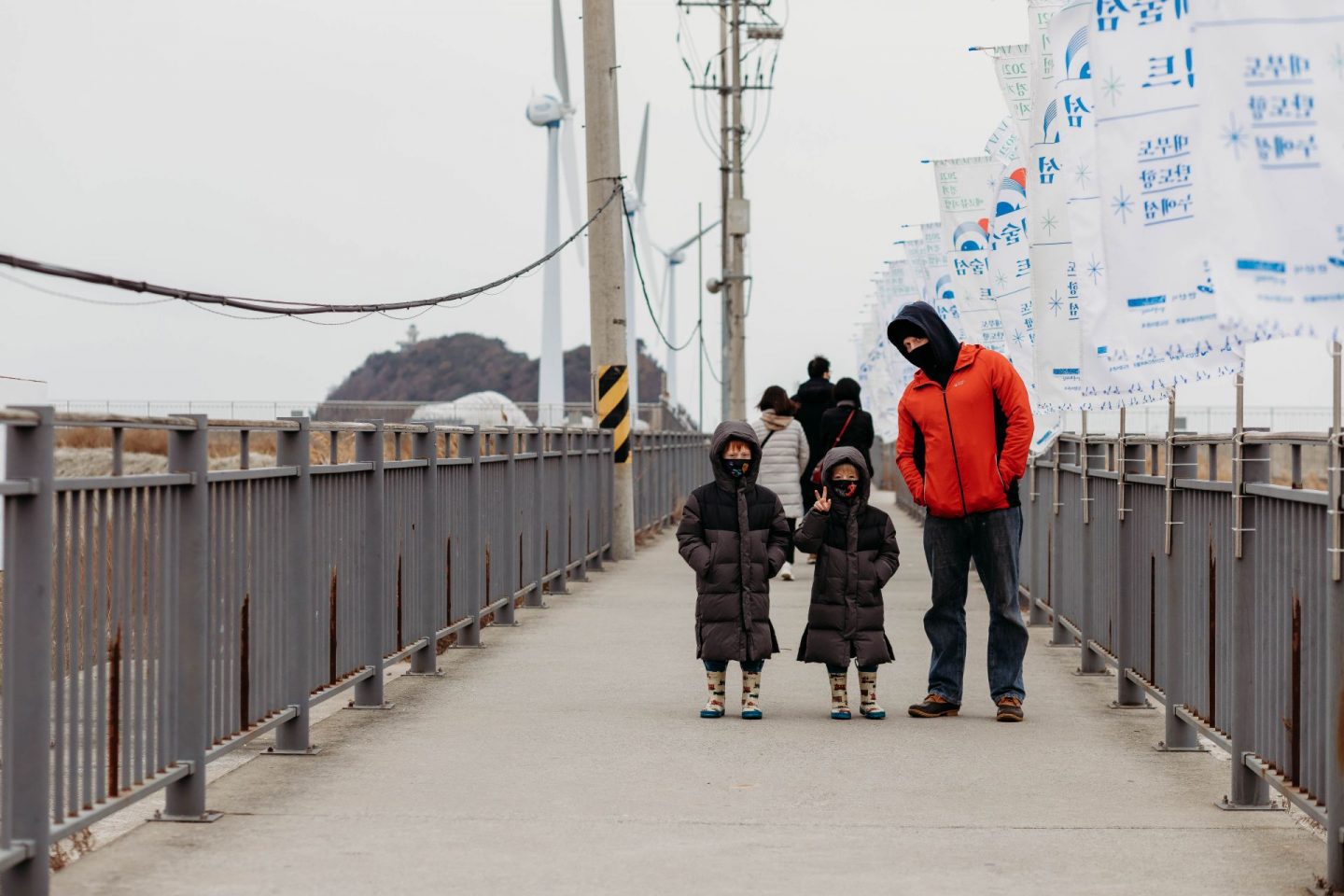 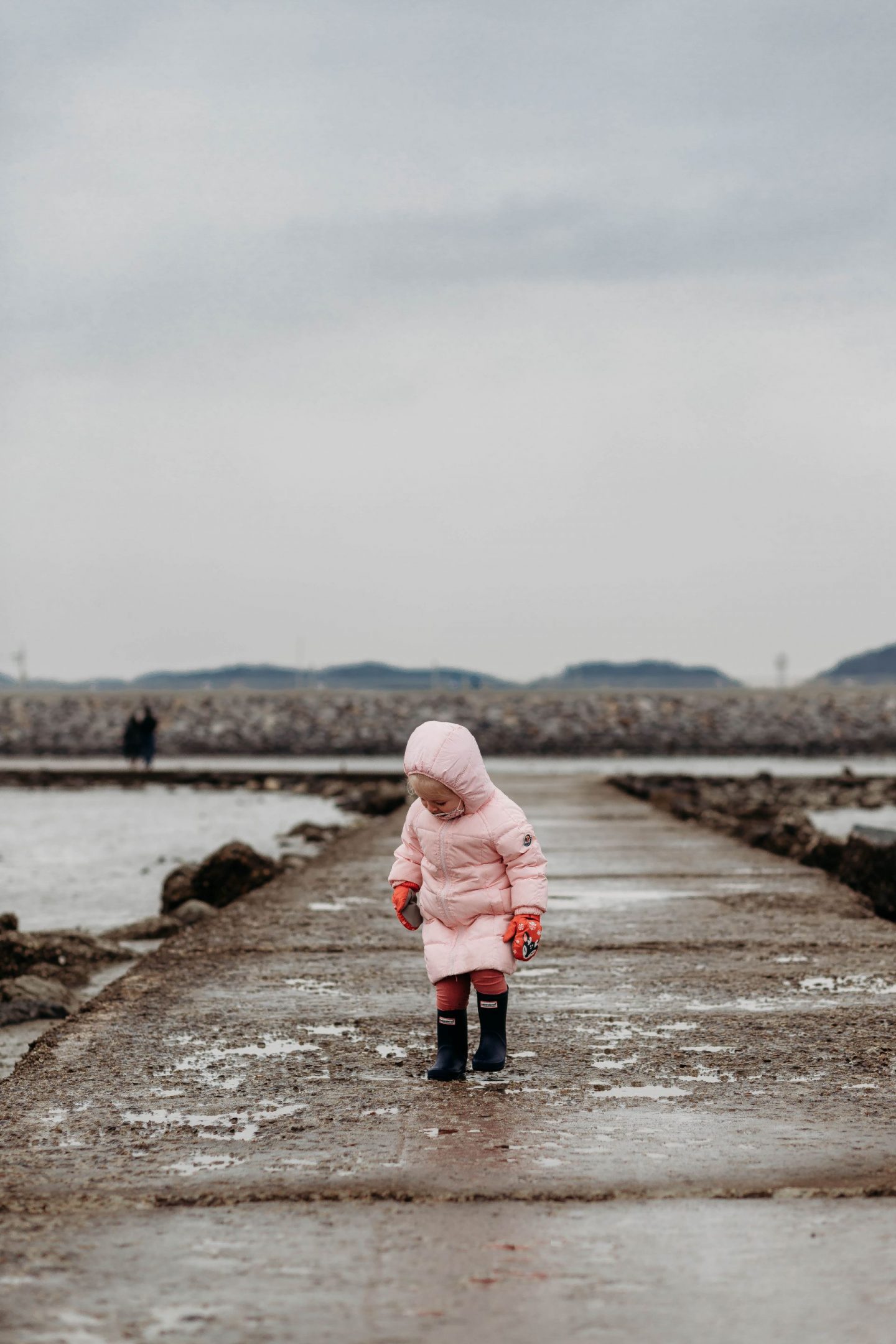 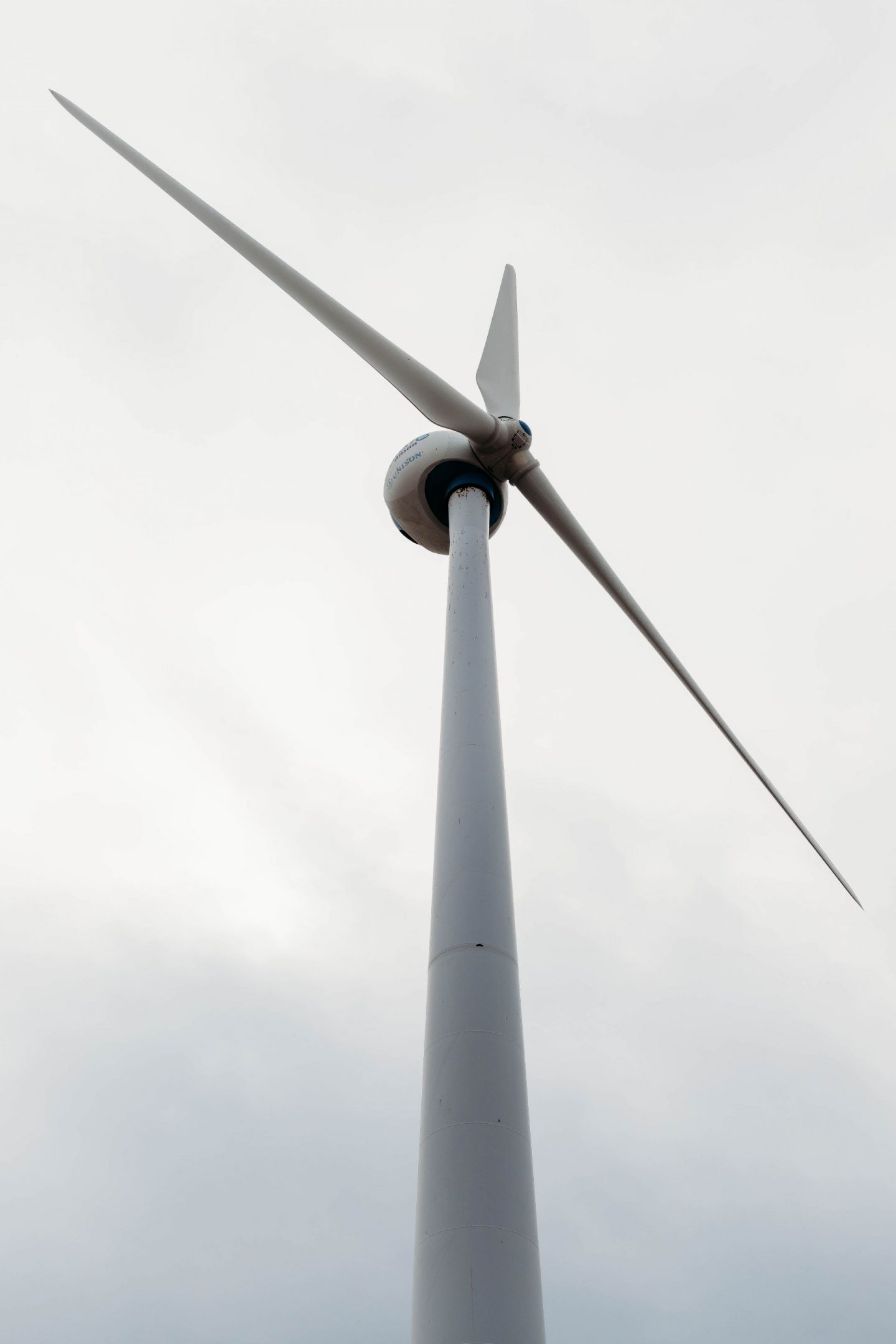 We love a good hike (like Mubongsan Trail in Hwaseong), but the beauty of the Tando Island sea crossing is that it’s easy, and for the most part it’s completely flat. We knew that the kids could do it comfortably, though Mieke would probably get tired – and she did. Along the sea route, there are three large wind turbines that flank the otherwise blank canvas, seemingly jutting up from the sea floor. Set about 200 meters apart, they mark the path and rotate gently as the wind blows…which it definitely did while we were there.

While the sea splits twice a day, mud flats are exposed, and many visitors go clamming and crabbing, though usually during the warmer months. While we wore boots, we didn’t want to chance getting stuck in the thick mud, so we tried to stick to the path. We did, however, veer off the route and explore a little ways out towards little rock outcroppings though, and the kids had a blast with the puddles, as well as checking out the bamboo statue along the path. 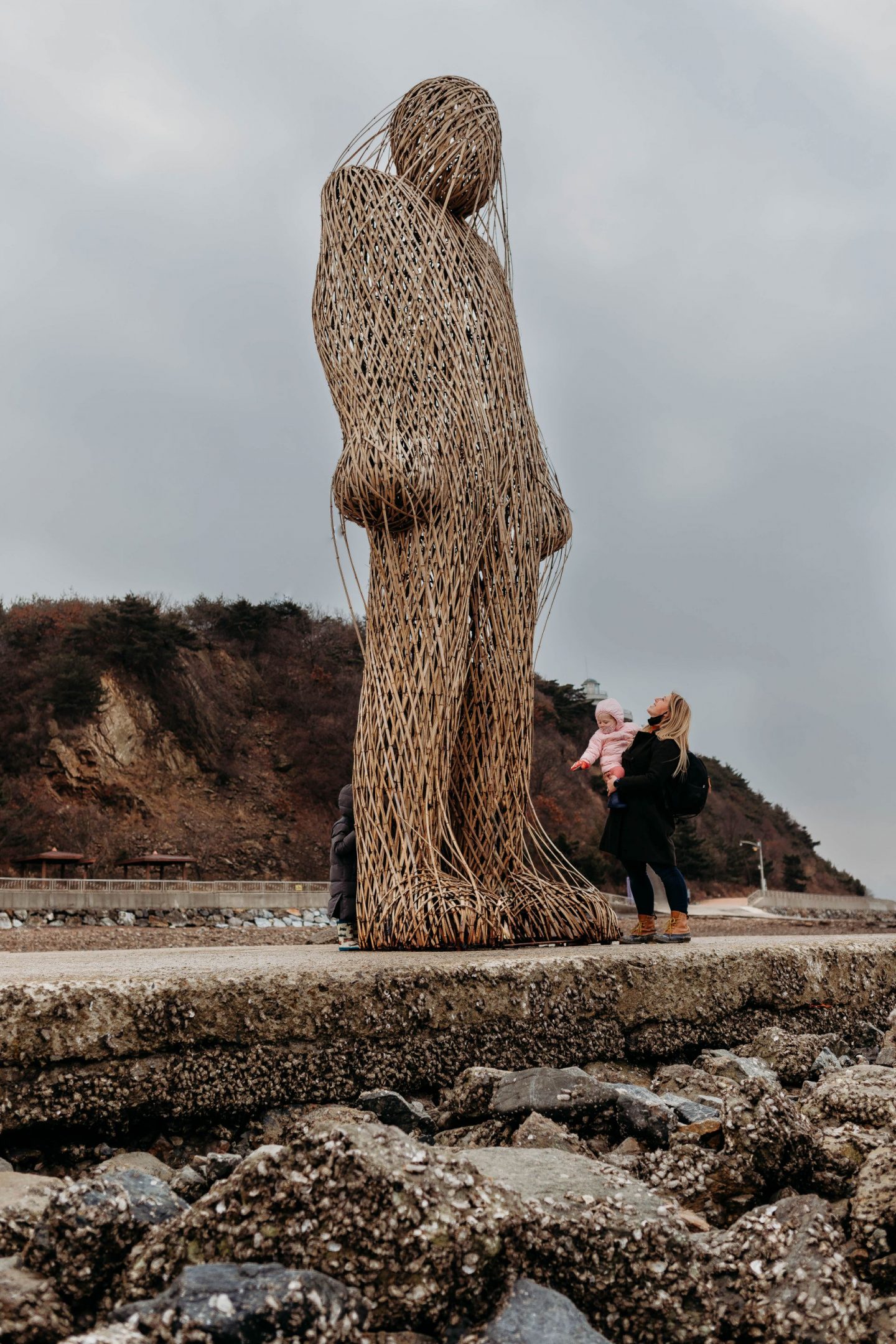 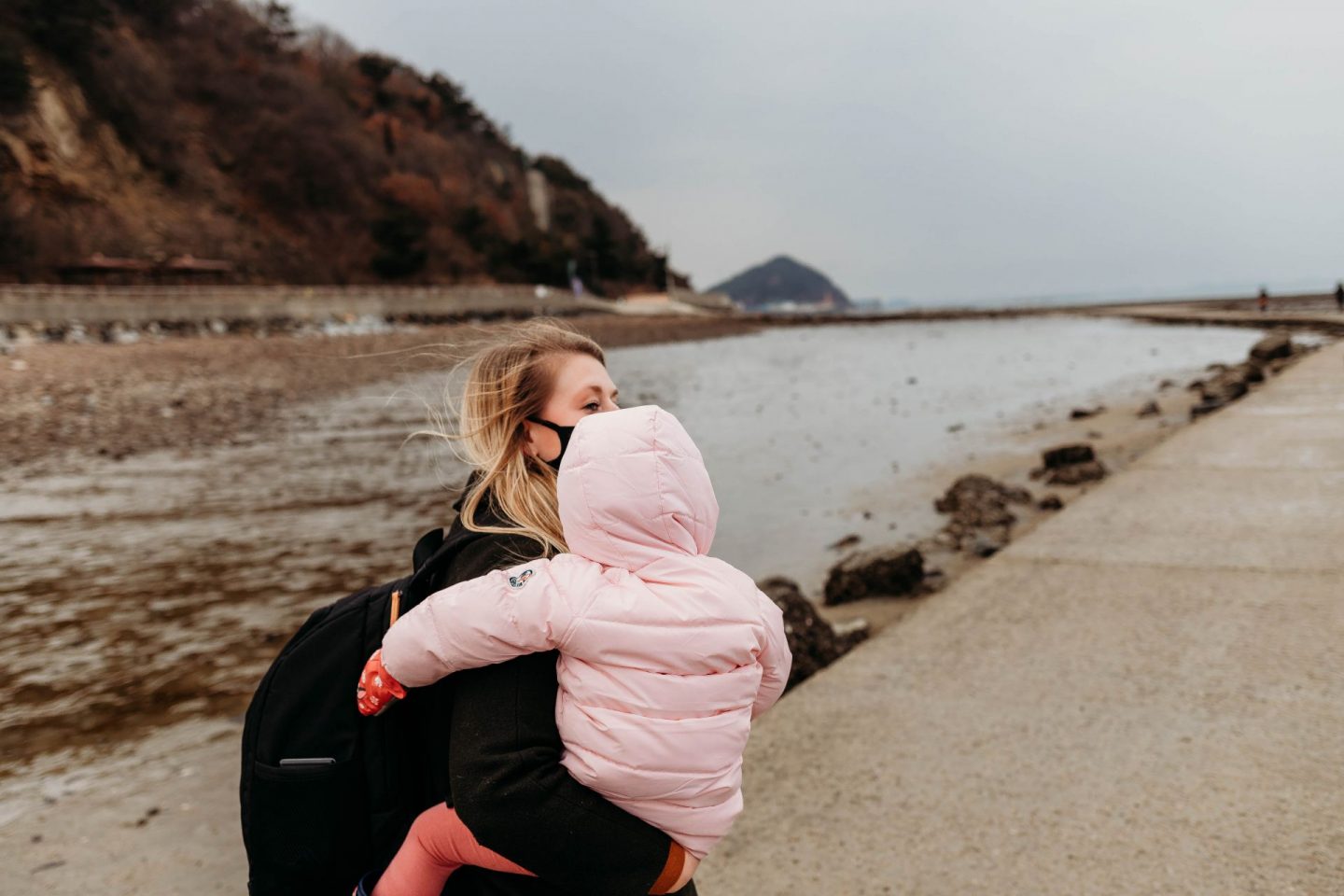 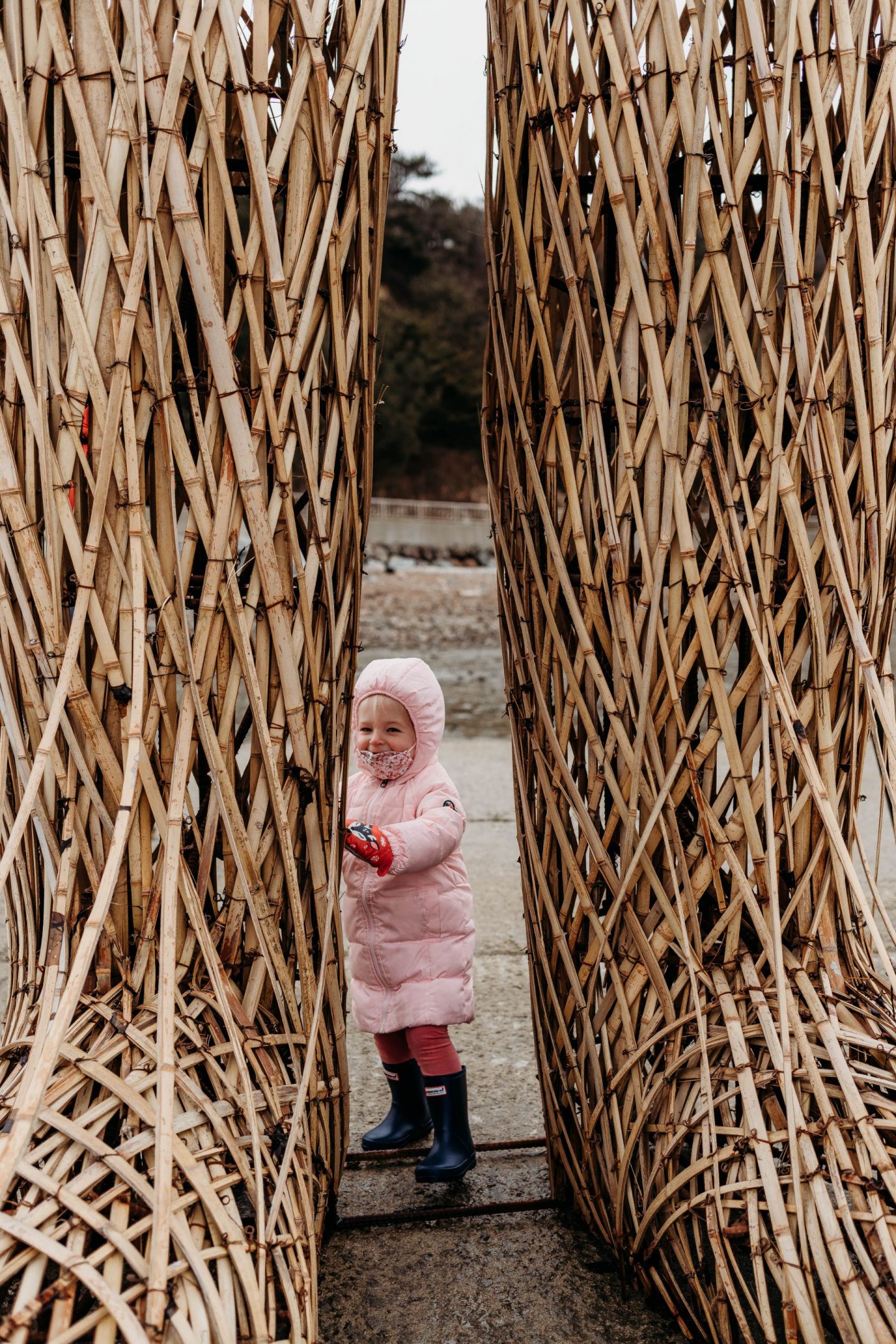 Tando Port is a Family-Friendly Day Trip from Pyeongtaek

To get to the Nue Island Lighthouse and observatory, you have to climb a pretty steep hill, and this was honestly the only challenge in the entirety of this outing. We carried Mieke up, but the boys rocked it otherwise, and from the lighthouse, we were able to see all around from Tando Island to Ansan City and the mud flats below.

At the port, itself, there is also a folk fishing village, as well as multiple cafes and a nearby insect and dinosaur egg site. The museum was closed due to Covid during our visit, but is apparently a neat way to experience the port’s once bustling fishing industry. We went to Haseol Cafe adjacent to the parking lot, and we had fantastic mochas and snow cake for the kiddos, which was a huge hit after a long walk! 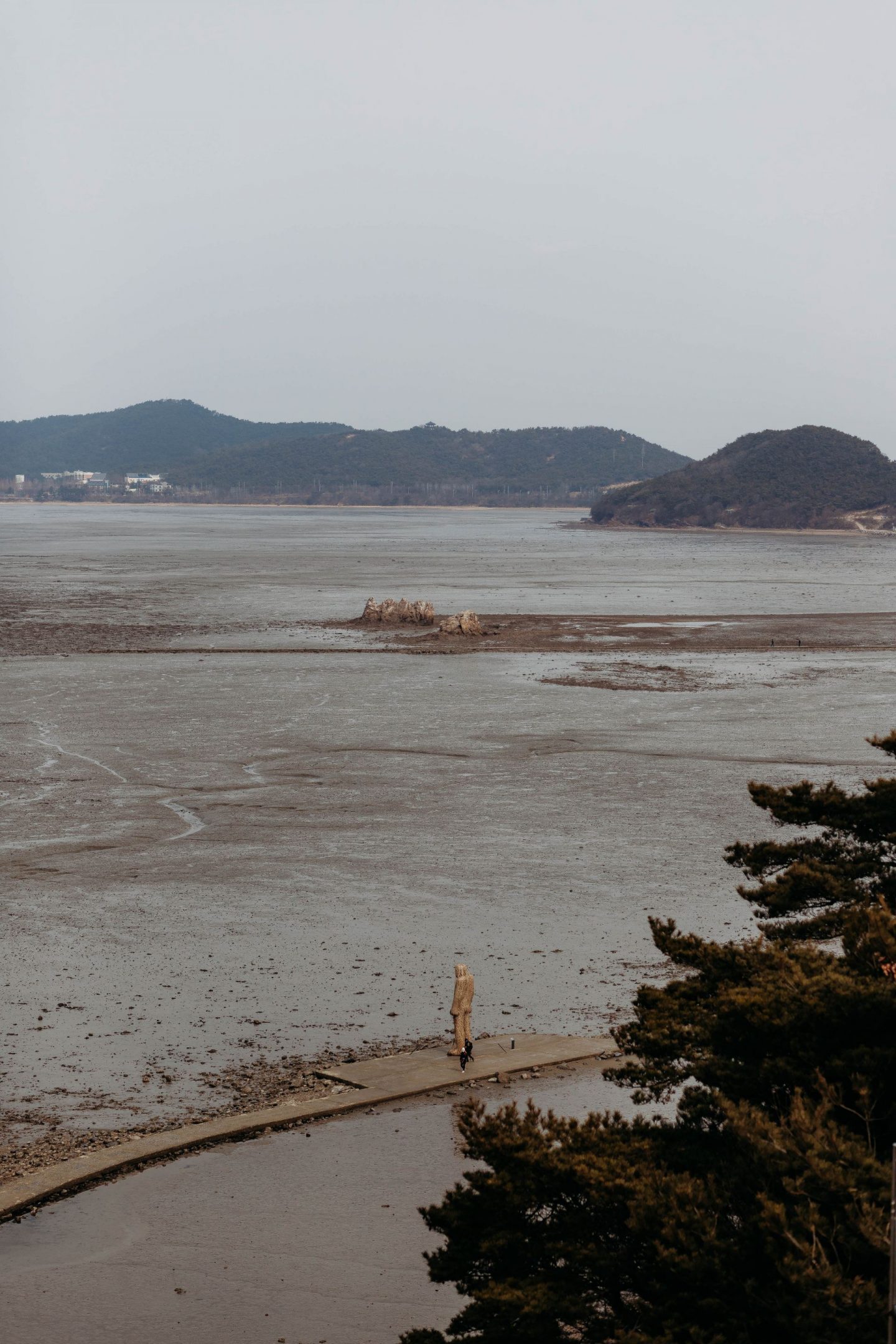 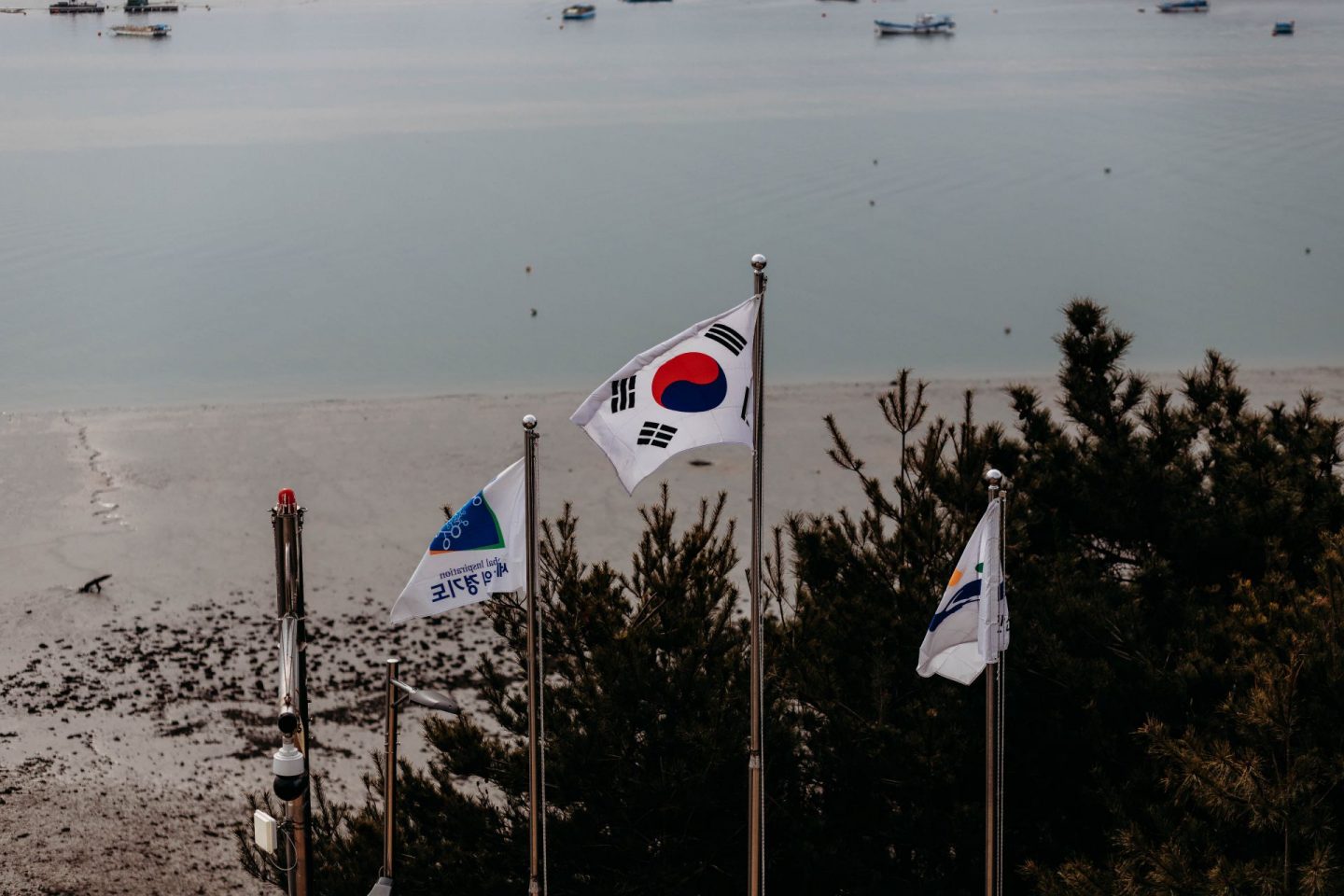 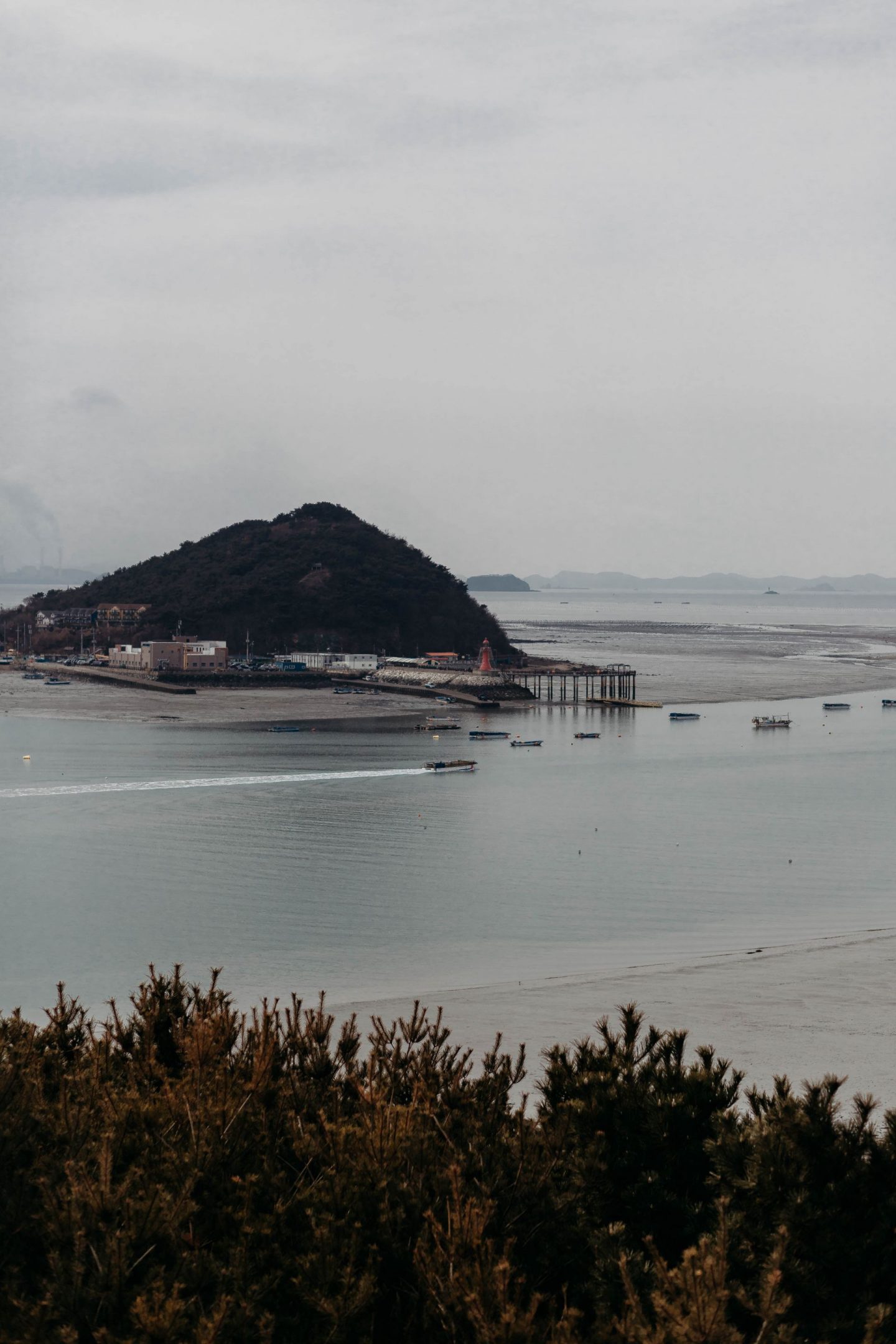 Cost: The sea crossing is free, as is parking. There is a large paved lot right by the Ansan Fishing Village Folk Museum, as well as an unpaved lot beyond it. The museum costs W2,000 for adults, W1,500 for Korean soldiers and students, and W1,000 for children 7-13.

Tips: Wear boots for the mud flats and/or water, and be prepared with windbreakers because it gets windy! There are restrooms at the port, as well as at the lighthouse.