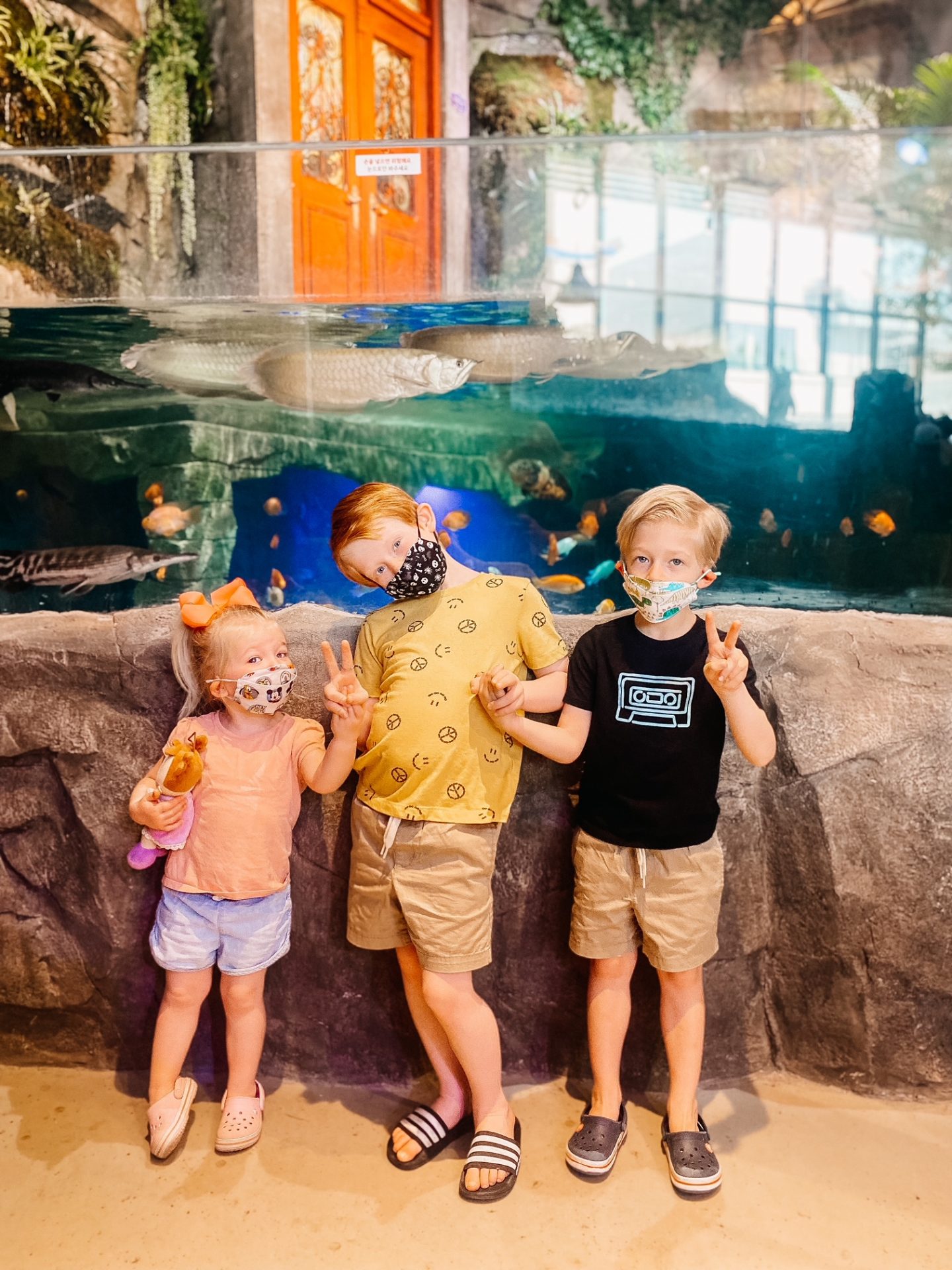 If you learn just one thing from my blog about South Korea, let it be this: summers are hot, sticky, sweaty, and beyond humid. Where am I going with this, you ask? I know it’s April, but we recently had a heat wave that blasted winter right out of the country and began summer with a bang. It’s since cooled off a bit, but when the heat hits, it’s important to seek out a plethora of indoor activities for a little bit of respite. That’s how we found ourselves visiting Zoolung Zoolung in Hannam last weekend and, spoiler alert, it was a hit!

I’ve made no secret of the fact that I struggle with a lot of animal-related things in South Korea. The overall treatment of animals is decidedly different than what we see more commonly in the United States, and zoos, animal cafes, etc., are not uncommon here. While I usually avoid such things, we’ve heard good things about Zoolung Zoolung, so we decided to meet some friends there on a late Sunday afternoon.

What is Zoolung Zoolung, you ask? Well, it’s part petting zoo, part animal encounter, and even part café. Fun for pretty much all ages, Zoolung Zoolung lets you get up close and personal with animals ranging from guinea pigs to meerkats, prairie dogs, capybara, parakeets, giant koi, and more. You can feed them, and you can even pet many of them, and I was actually really grateful to see staff members roaming consistently to protect the space of the animals as needed, as well. 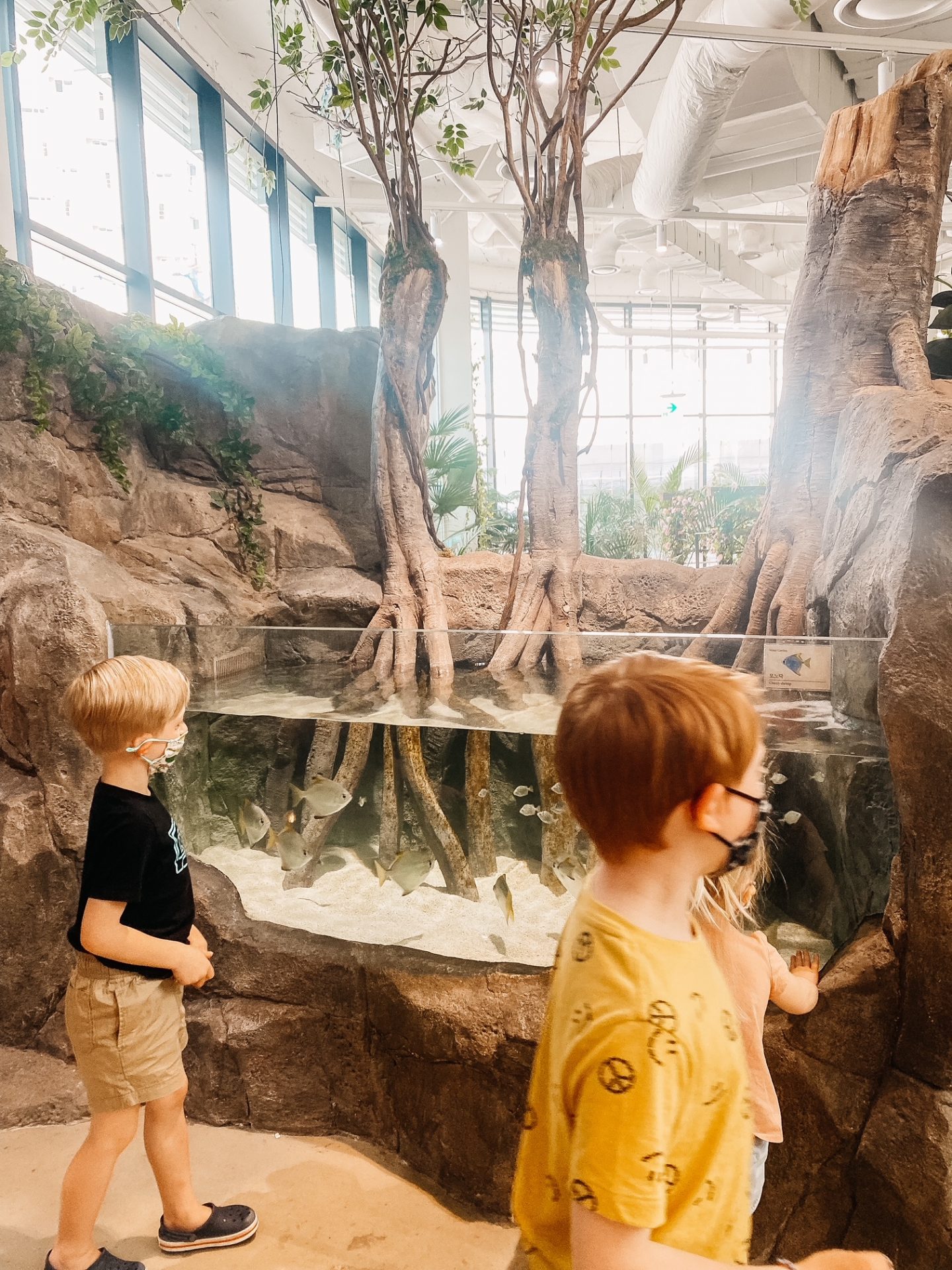 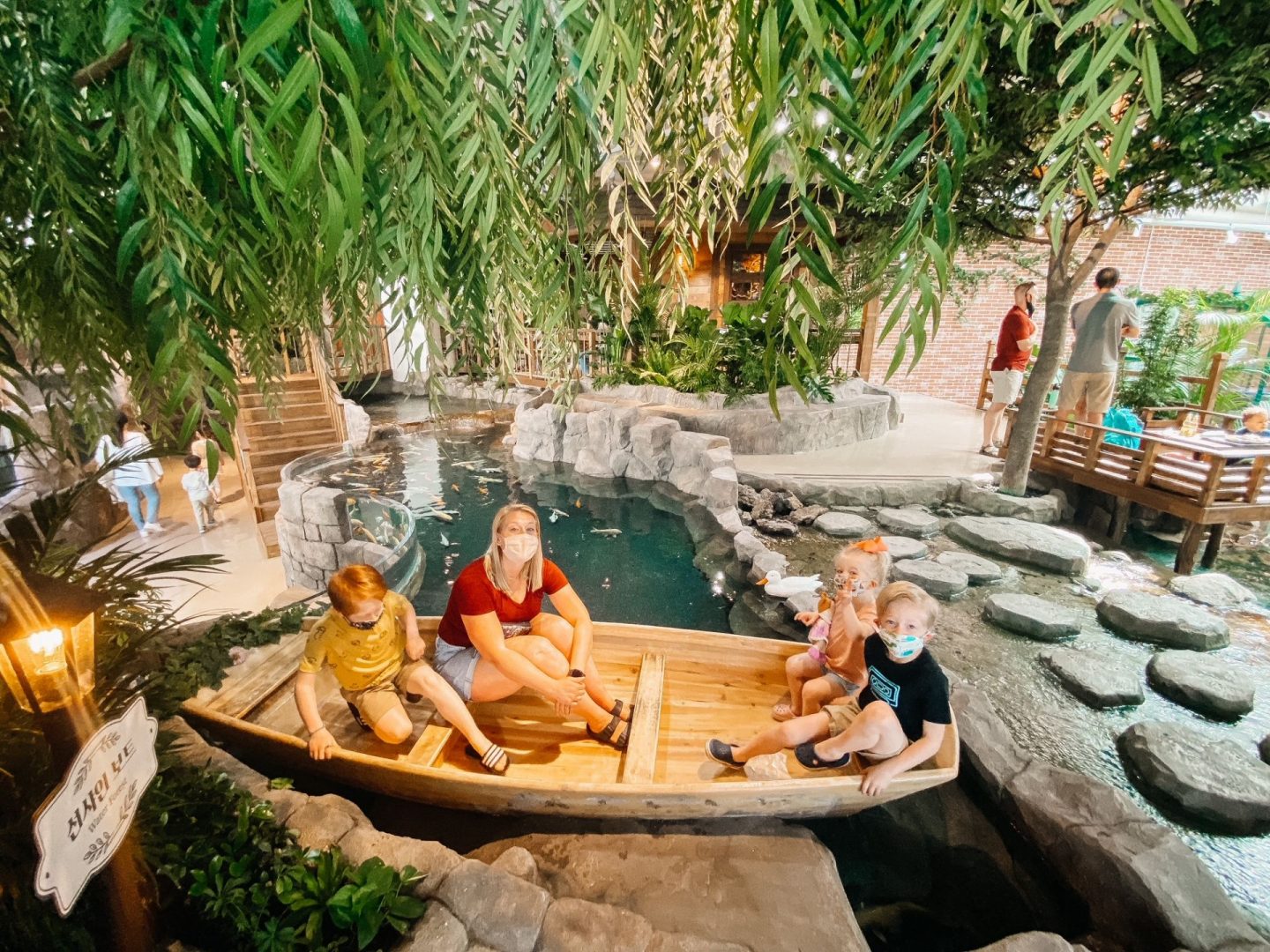 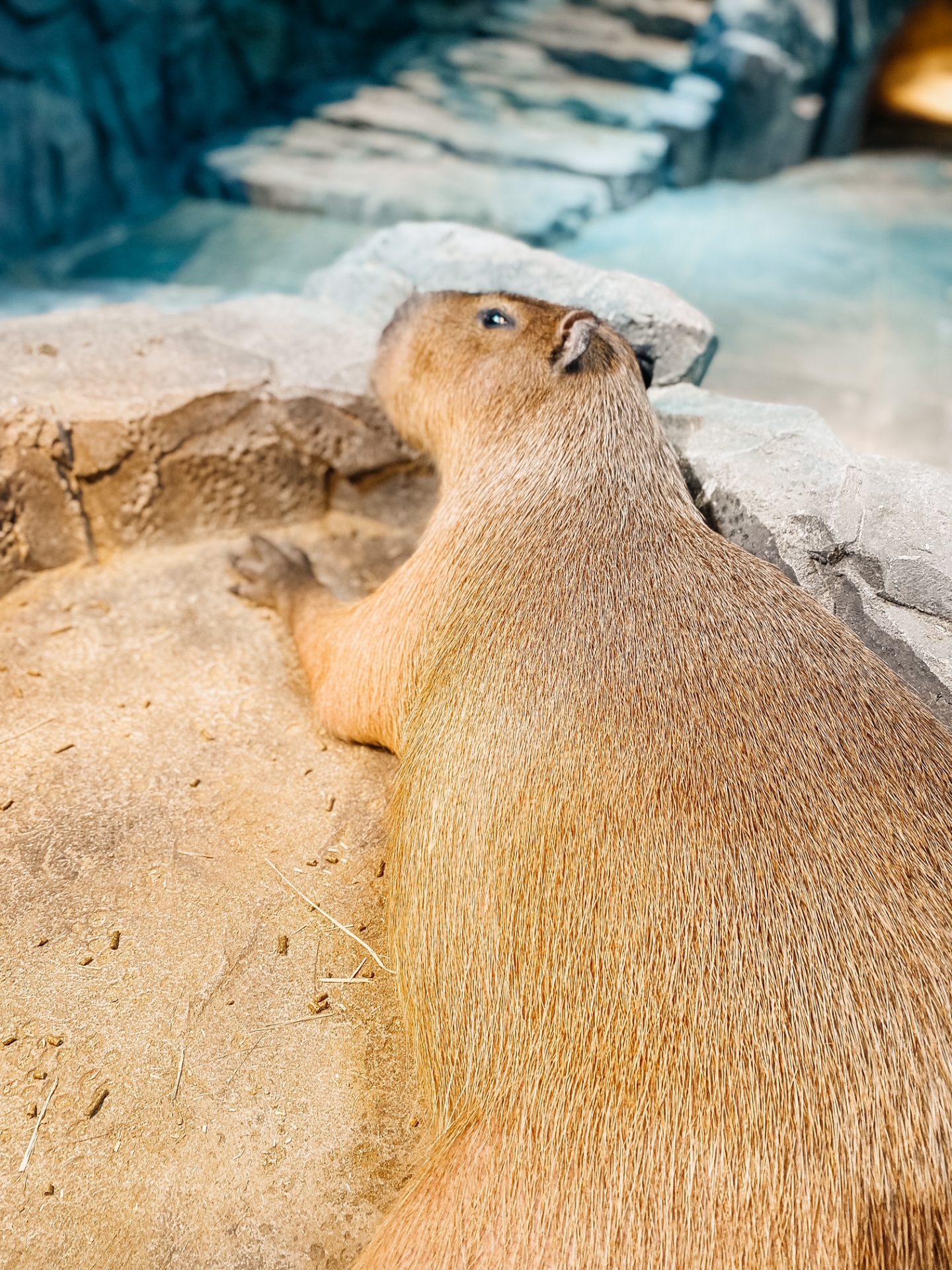 Zoolung Zoolung is one of those spots you can find yourself getting lost at (happily) for hours on end. We started our tour of the place with the fish, watching the little otters, sitting in a (stable) boat surrounded by koi – and a turtle! – then we made our way to the reptiles and beyond. The place was busy, but there were enough exhibits throughout that it never felt too crowded at any given time.

Animal food can be purchased, and each little pouch has a picture of the animal it’s for on the front. Some animals’ feed dispensers were blocked off to indicate you’re not supposed to feed them but, when we were confused, the guides came by and showed us. When feeding the animals, it’s important to know they’re not meant to be hand-fed (except for the birds, that is). Many of the animals, like the capybara and bunnies, are meant to be fed with the little spoon feeders provided.

Oh, and remember that underground boat we did at the Jade Cave last summer? There are indoor boats available here, too! Much to my children’s chagrin, we did not oblige this time. 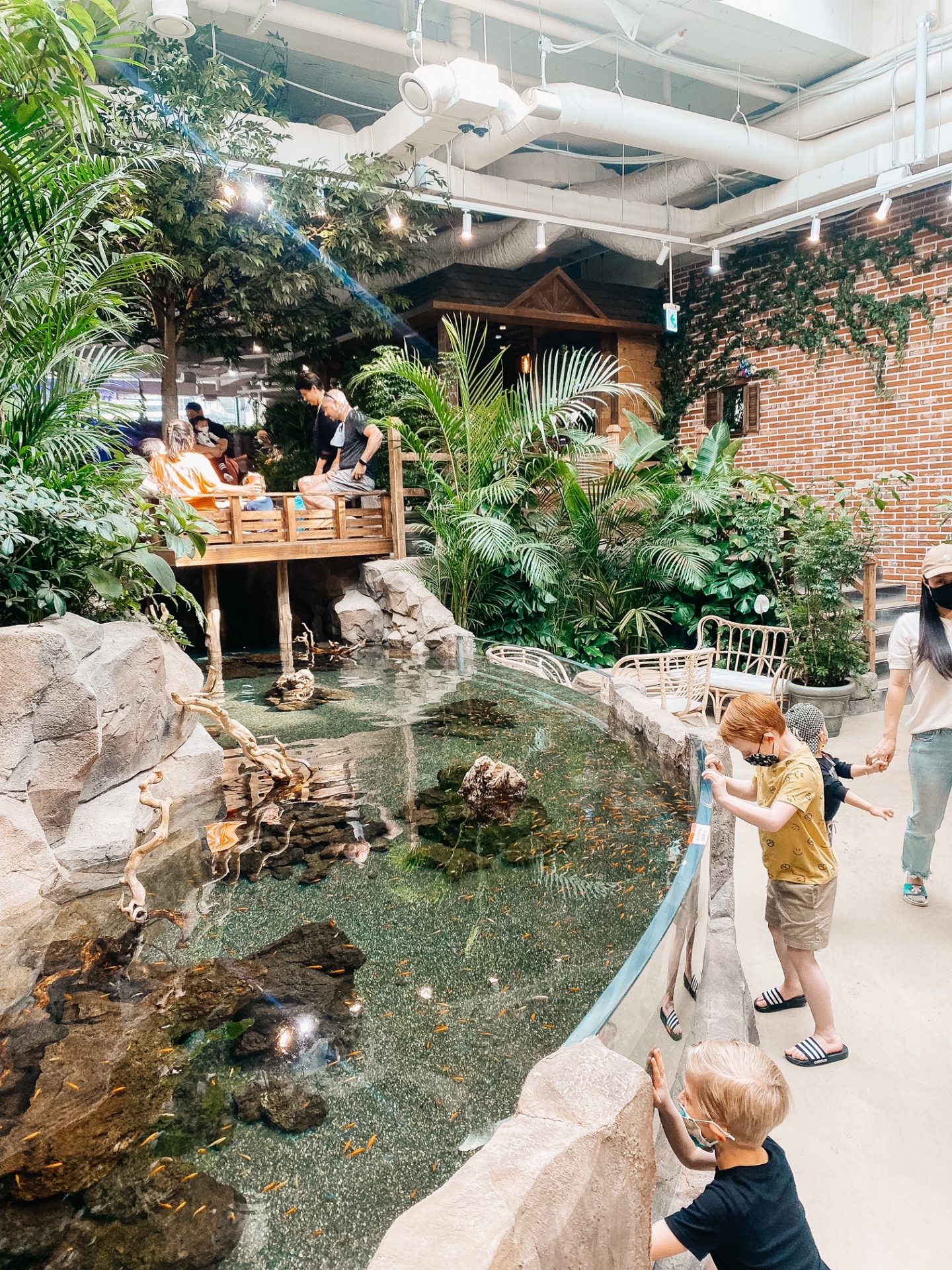 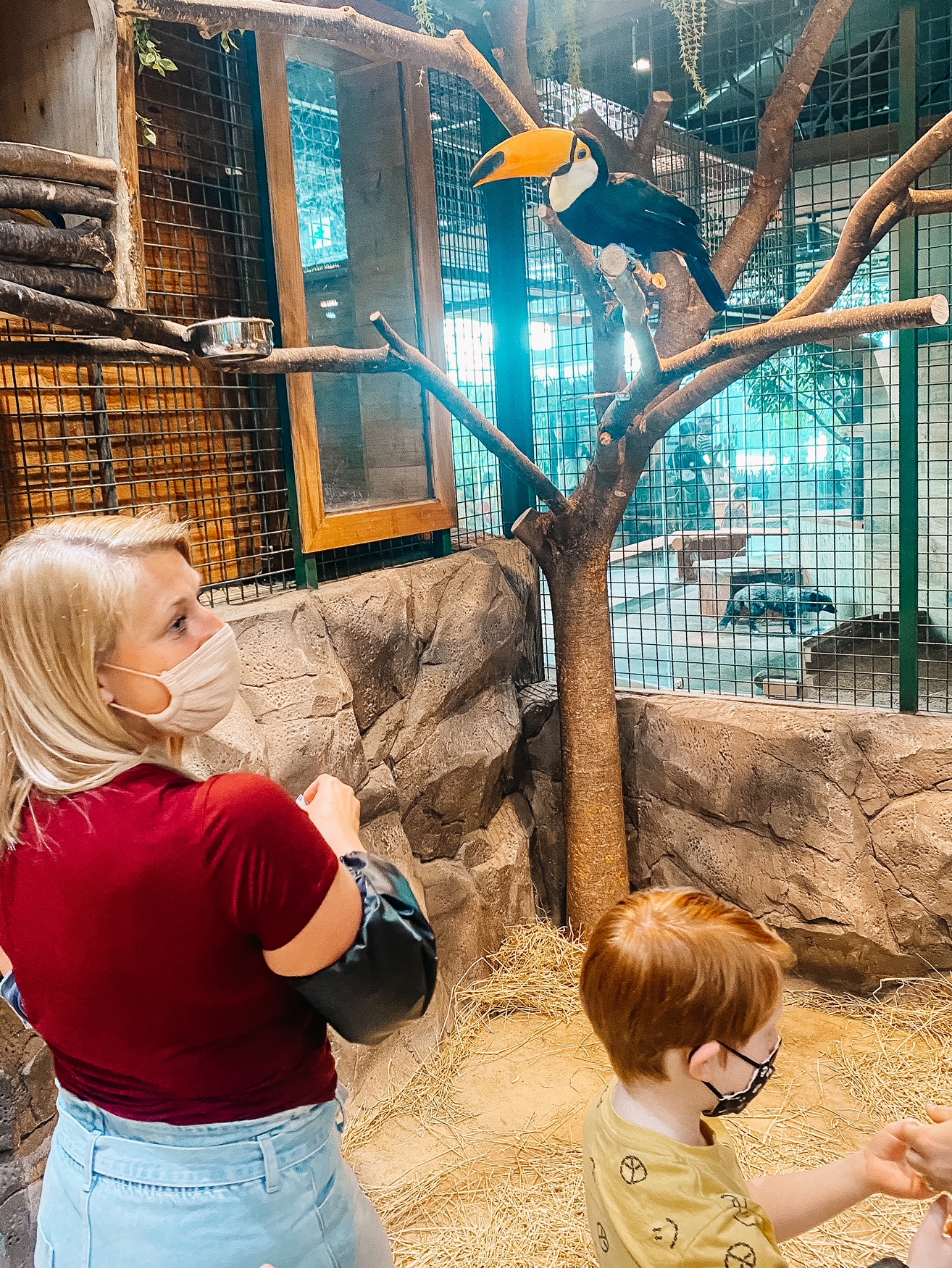 Cost: For American visitors, payment is expected in Won, either by card or cash. It’s W15,000 for 2 hours or W19,000 for the full day. We received a military discount with our CAC cards.

Parking: There is an underground parking lot. Take a picture of your license plate and show them for validation. It brought our cost to W2,000, but the garage doesn’t accept American cards.