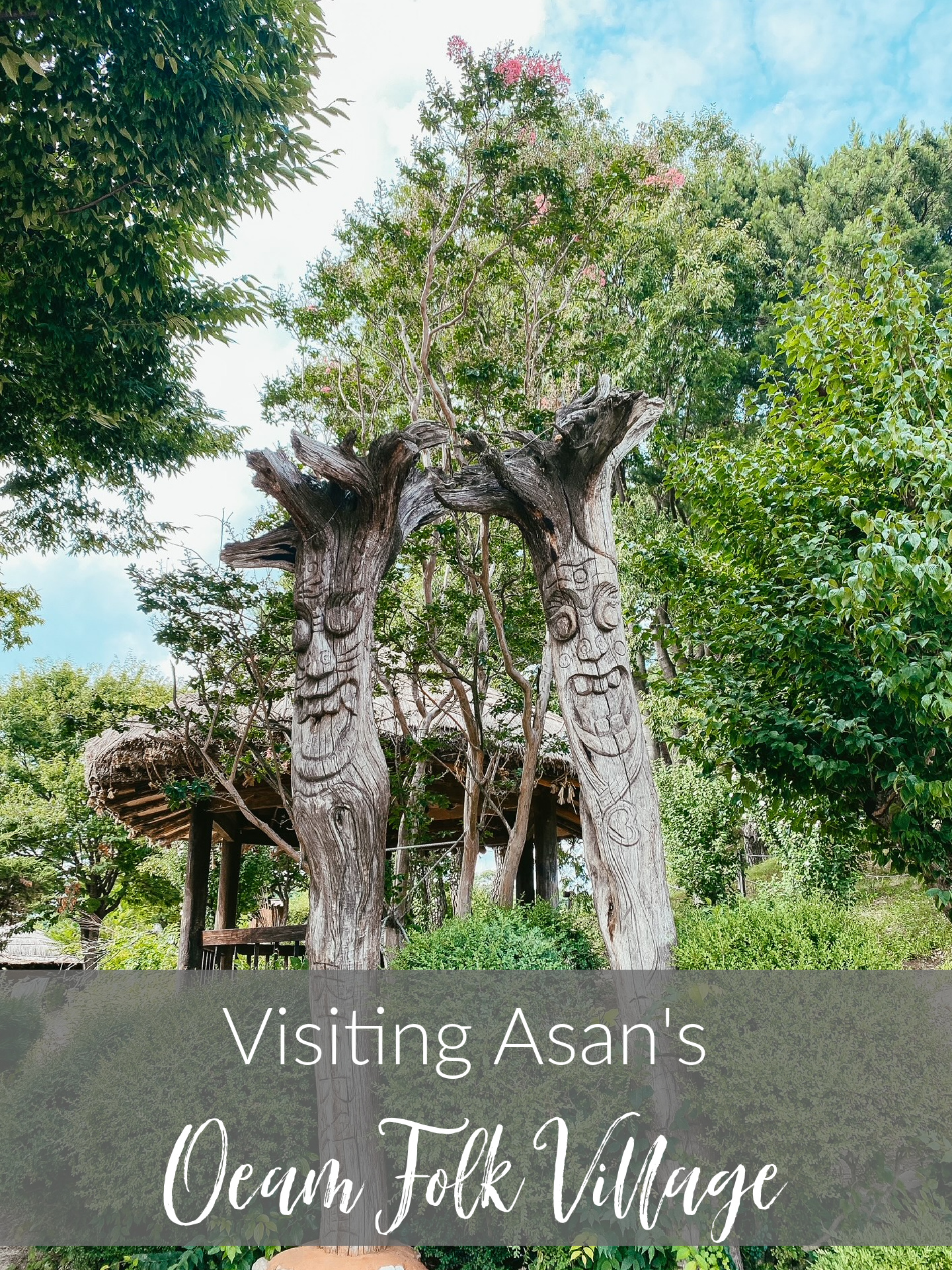 I haven’t spoken much about it on here, but we’re gearing up for some time apart as a family again. While Ryan isn’t embarking on a true “deployment” or even a real “TDY” in the truest sense of the word(s), he is leaving us in a couple weeks and will be gone for a few months. So, since we got back from our trip to New Hampshire, we’ve been in a perpetual state of hurry-up-and-wait-because-the-Army changes everything. As such, we’ve taken the time to use these hot summer months in South Korea to explore more local places, which is how we found ourselves exploring Oeam Folk Village in Asan.

I randomly put this gem on my Korea bucket list last summer even though I knew nothing about it. I just knew there would come a time that the military would throw us for a loop, and we’d seek out local adventures vs. those further out. Oeam Folk Village fits the ticket at just about 30 minutes from Camp Humphreys. It’s far enough that you’re getting away, but it’s close enough that you don’t need to pay a single toll or worry about getting trapped in a parking garage in the city.

Oeam Folk Village has a rich history. Constructed more than 500 years ago, it’s the site of a traditional farming village and has since been turned into a unique cultural landmark in which visitors can learn about ancient farming, enjoy the lotus blossoms in the summer, partake in traditional festivals and performances, and enjoy treats year-round. Honestly, it’s one of those underrated gems that USFK personnel and travelers tend to overlook in favor of more “exciting” landmarks on the peninsula. 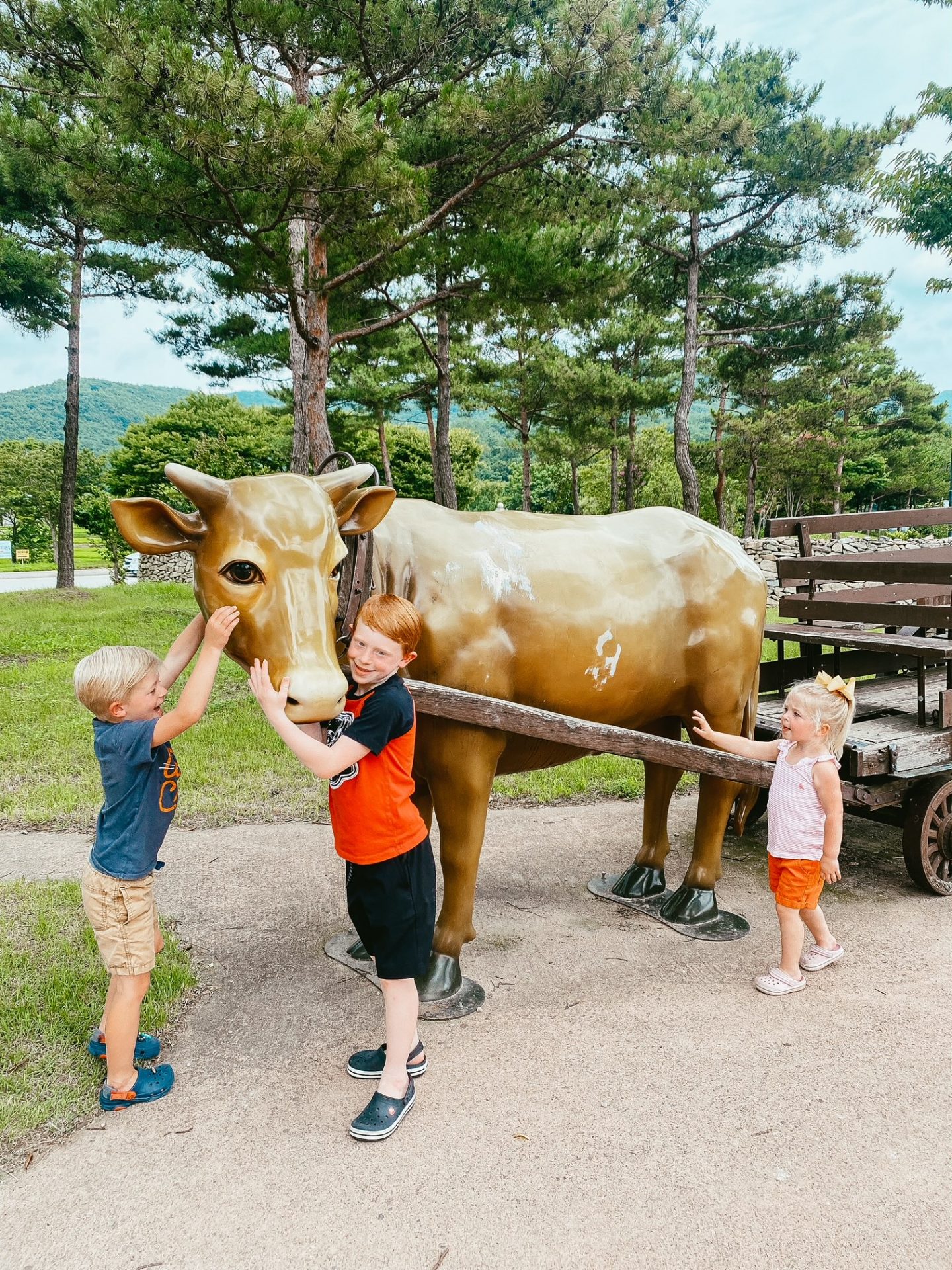 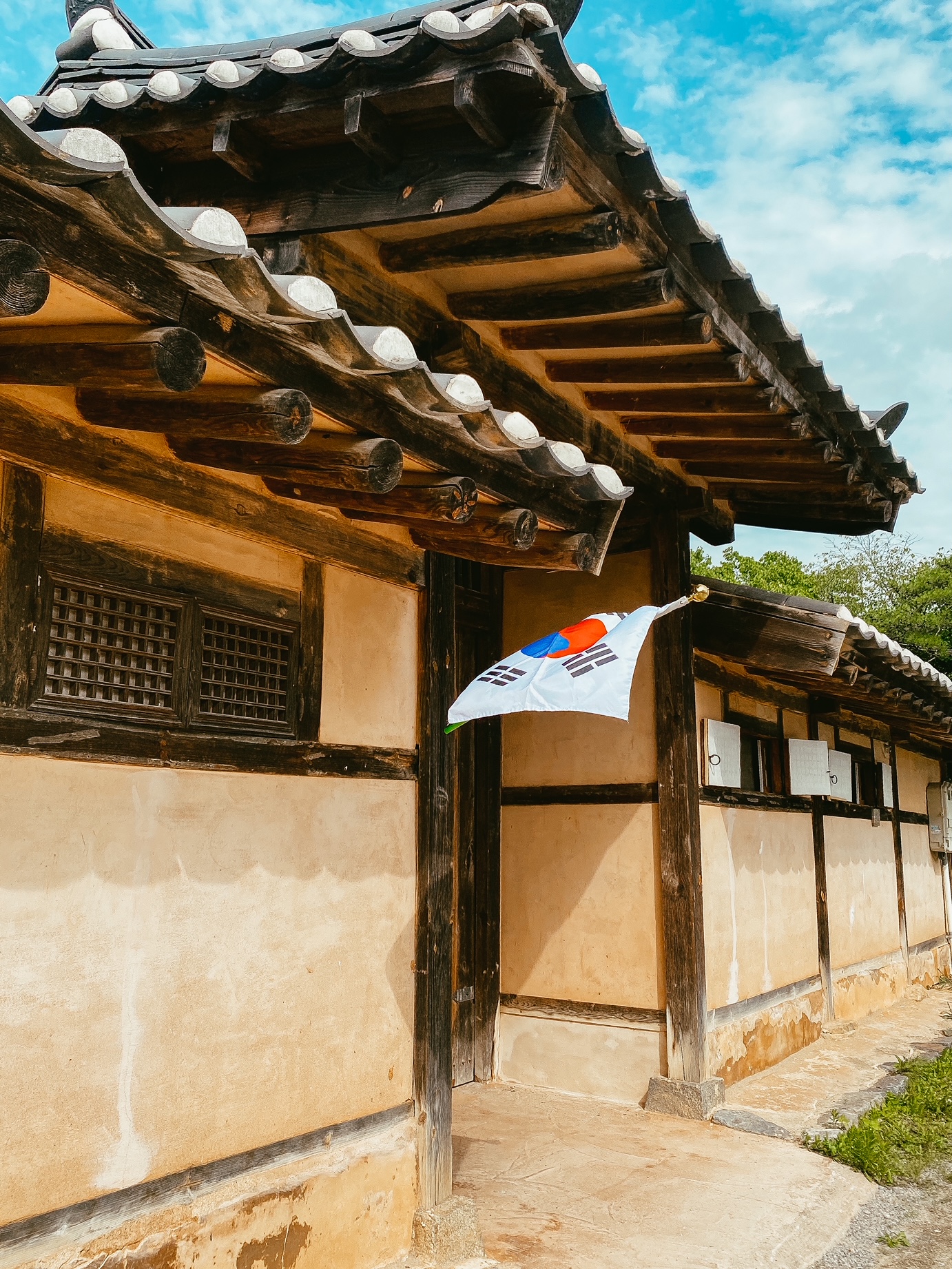 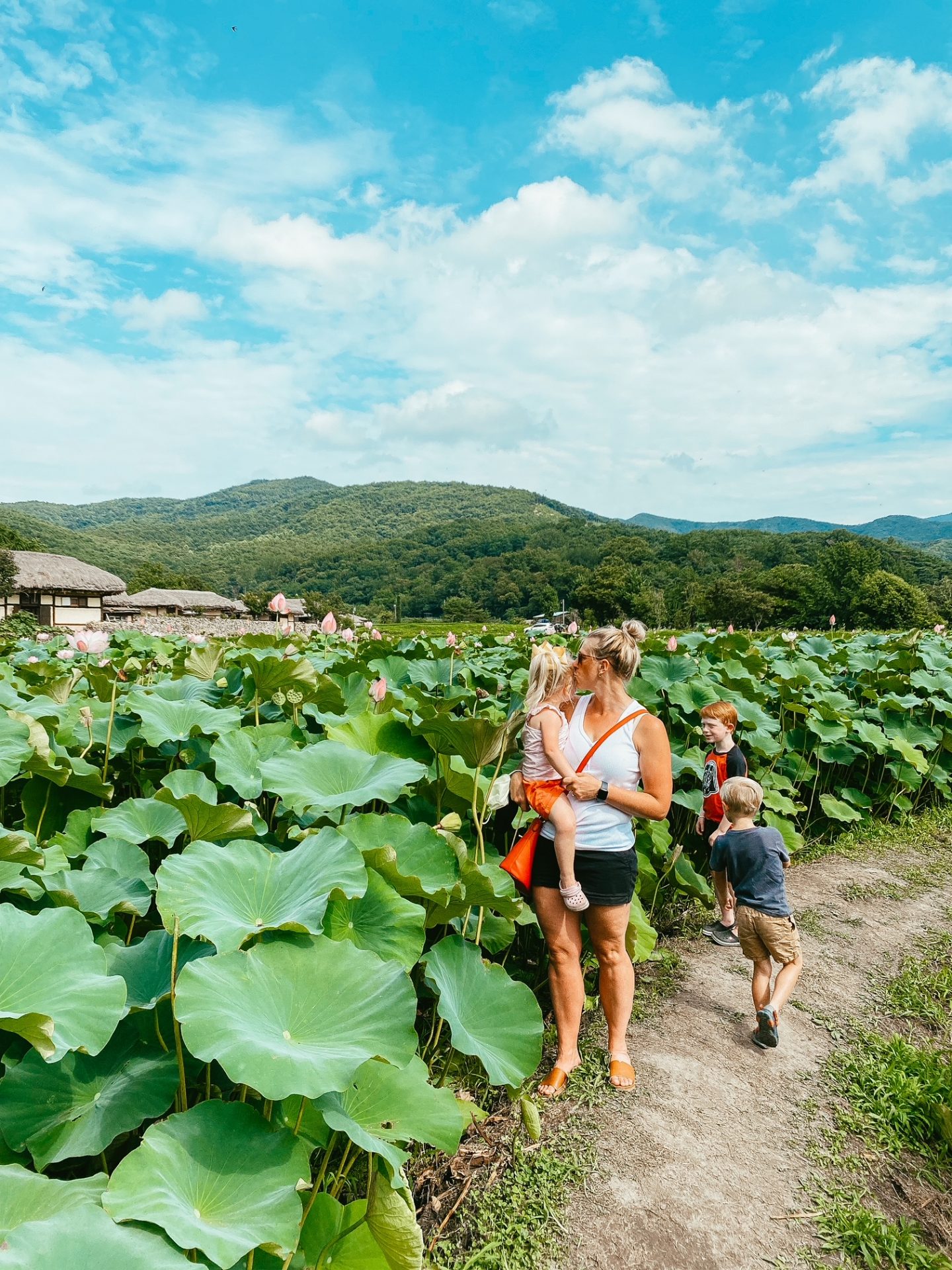 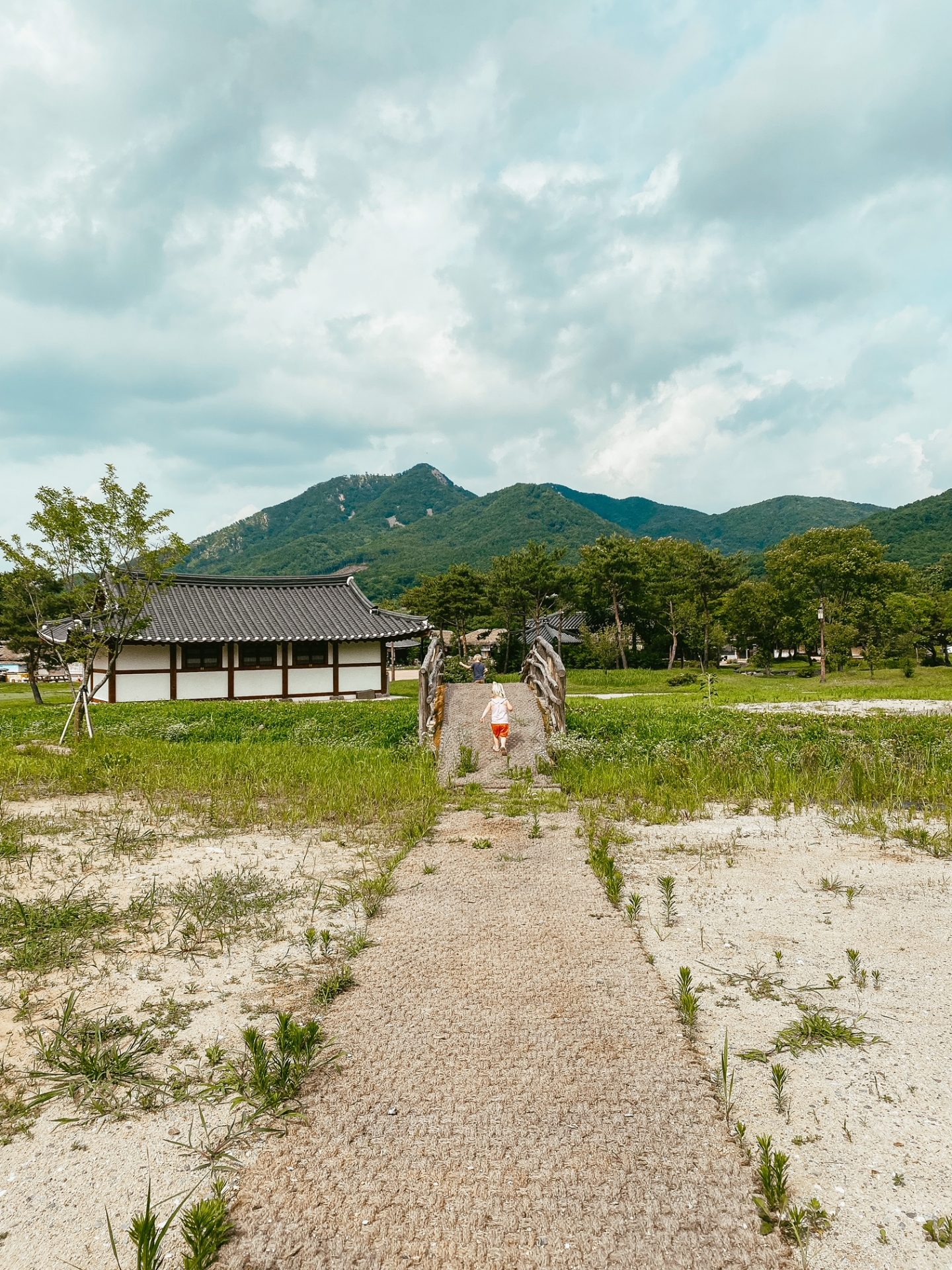 What to do at Oeam Folk Village

Oeam Folk Village is like much of the rest of Korea; it’s a landmark that’s seemingly frozen in time, yet you see glimpses of modernity throughout. Korea has this unique way of preserving its heritage in a way that people actually want to partake in it because they’ve made it just modern enough for it to resonate with the newer generations. There are several food and drink vendors throughout the village, itself, and the kids loved choosing some fresh mango ice cream, as well as enjoying a fresh cotton candy treat made right in front of them.

Throughout the year, Oeam Folk Village features guided tours at specific times of the day, as well as programs in which visitors can make yeot – a traditional Korean malt candy, explore the old grounds, and learn to make gochujang, which is red chili paste (and one of my favorite things here!) There are also traditional Korean games that can be played in certain areas of the park that were quite reminiscent of the games we played for Chuseok last year. 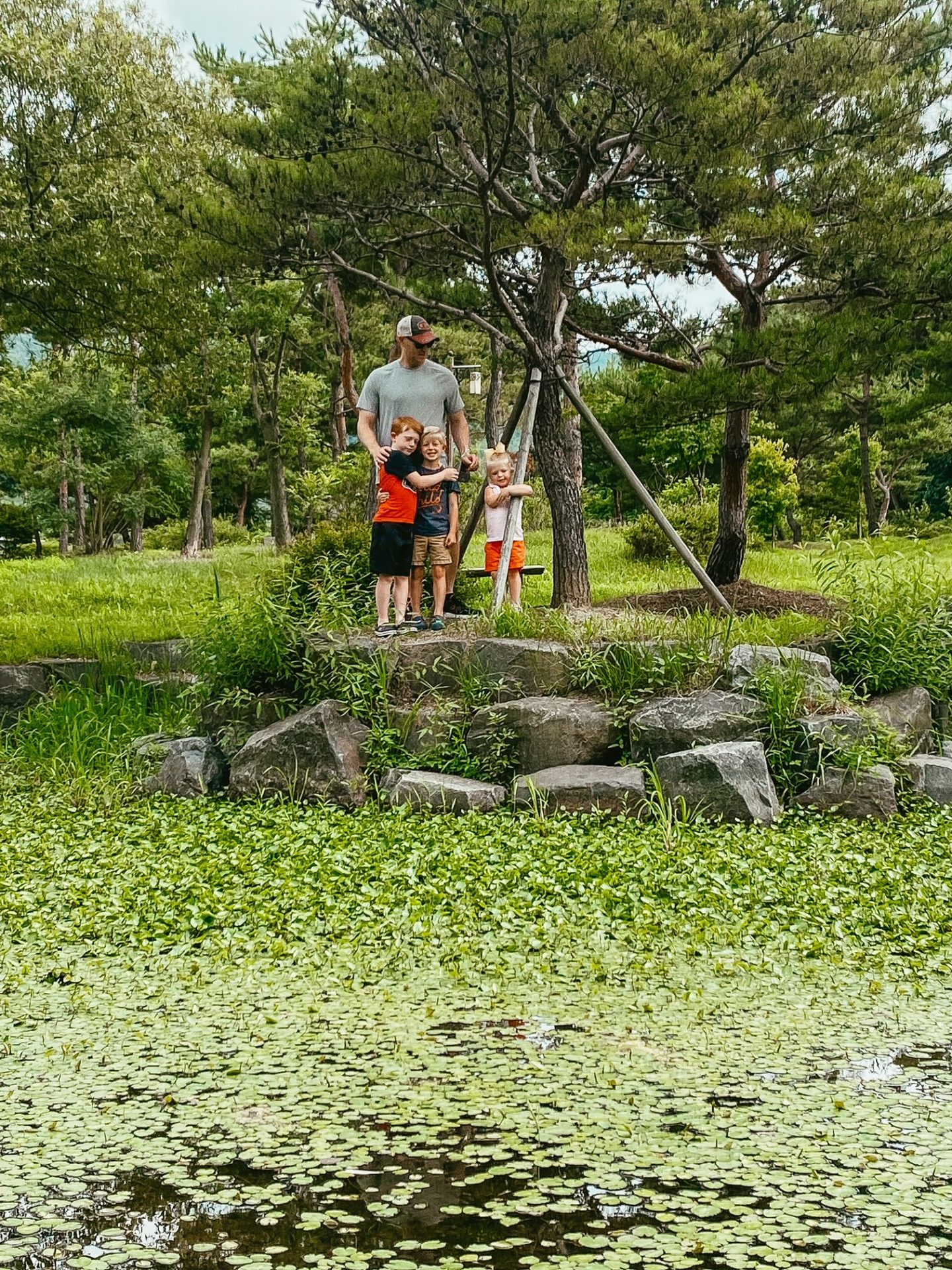 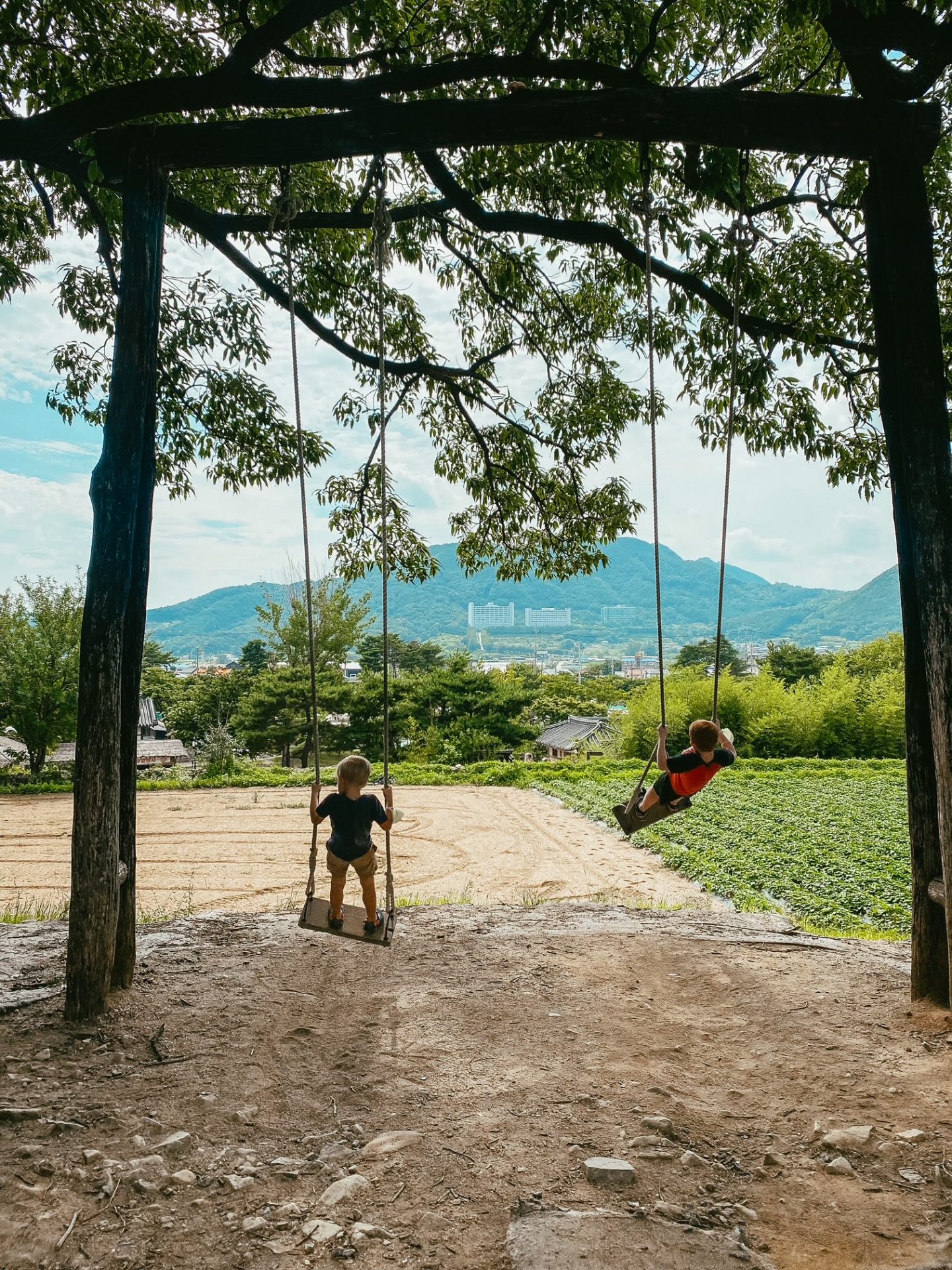 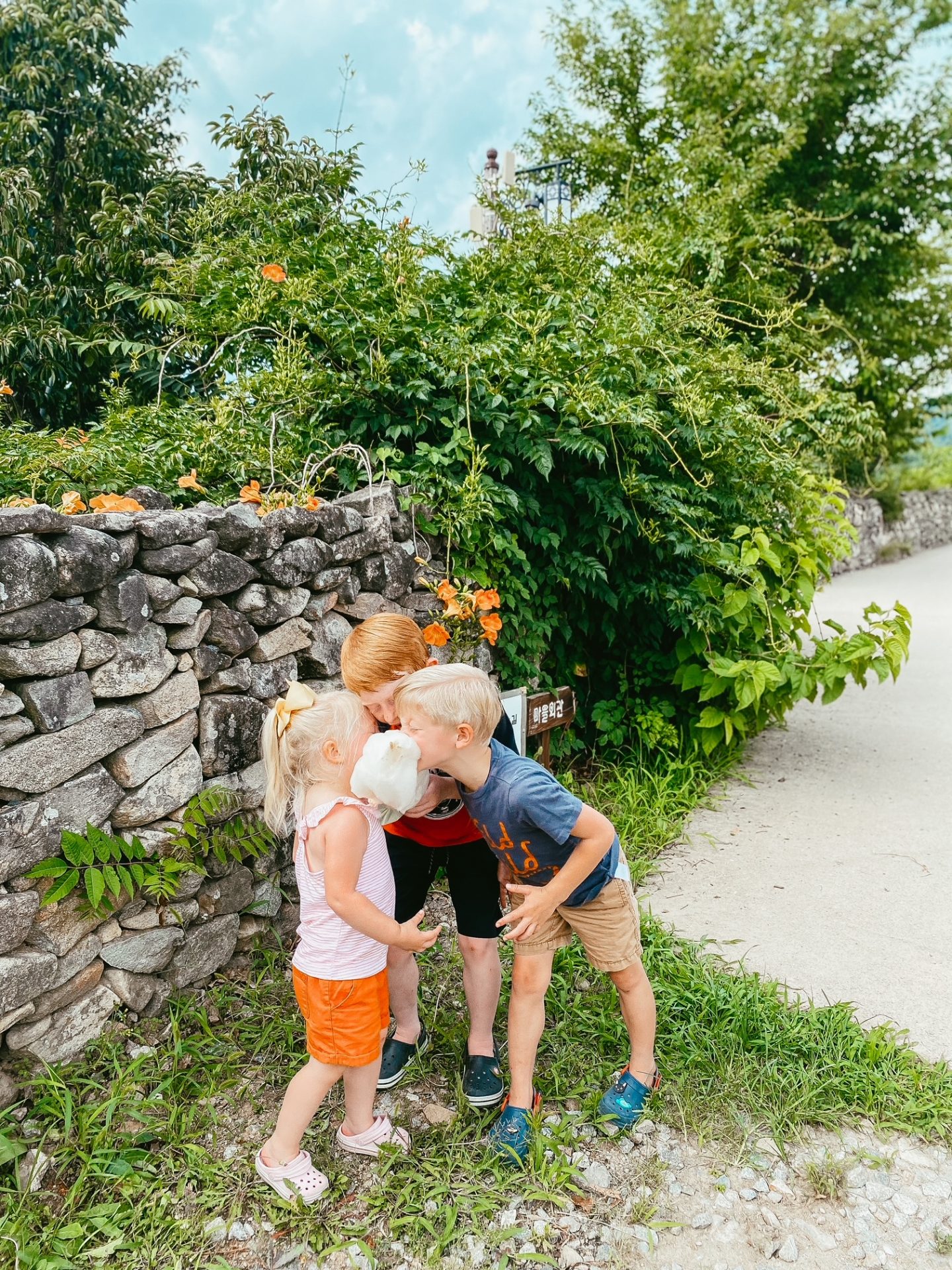 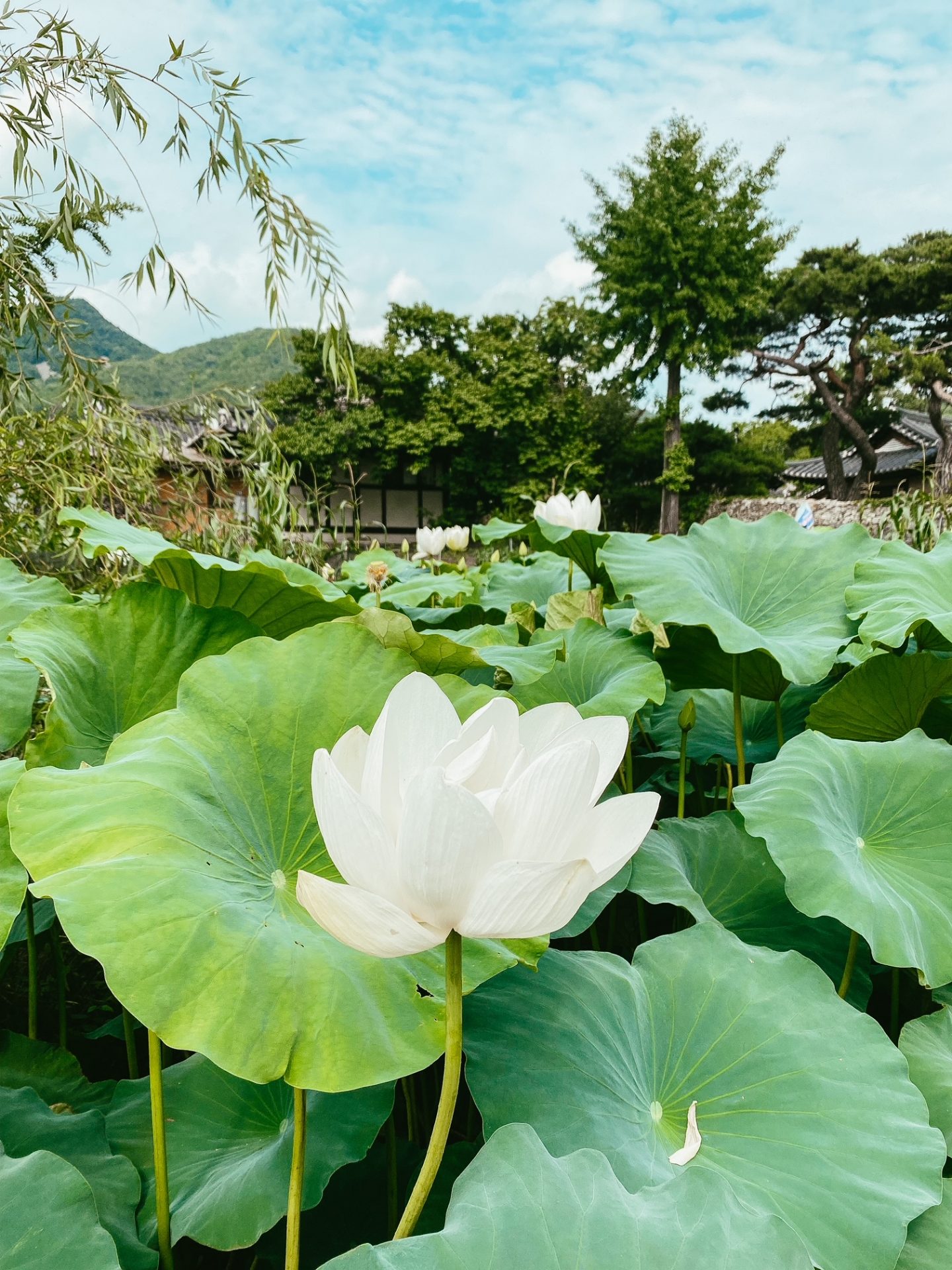 The lower areas of of the village are a designated open-air museum, but if you meander along the river and to the upper part of town past the lotus fields, you’ll find an actual town that has over 60 households where people currently live. Many are thatch-roofed, and many of these households actively farm the land. Like I said, it’s the perfect mix of old and new merging once again.

I love that the paths are walkable for all ages, and it’s nestled in the shadow of Seolhwa Valley, making it a lush, verdant, and completely unique little spot in Asan. Honestly, there was something there for all of us to enjoy, and while we’d originally went there for a session for my business, it was worth it for the whole family to enjoy!

How to Get to Oeam Folk Village

Looking for a little trip that’s not too far from Camp Humphreys or Osan Air Force Base, but want to explore a taste of Korean heritage? This is just the ticket! It’s easy to find, there’s ample parking, and it’s fun for the whole family. Here’s how to get there: