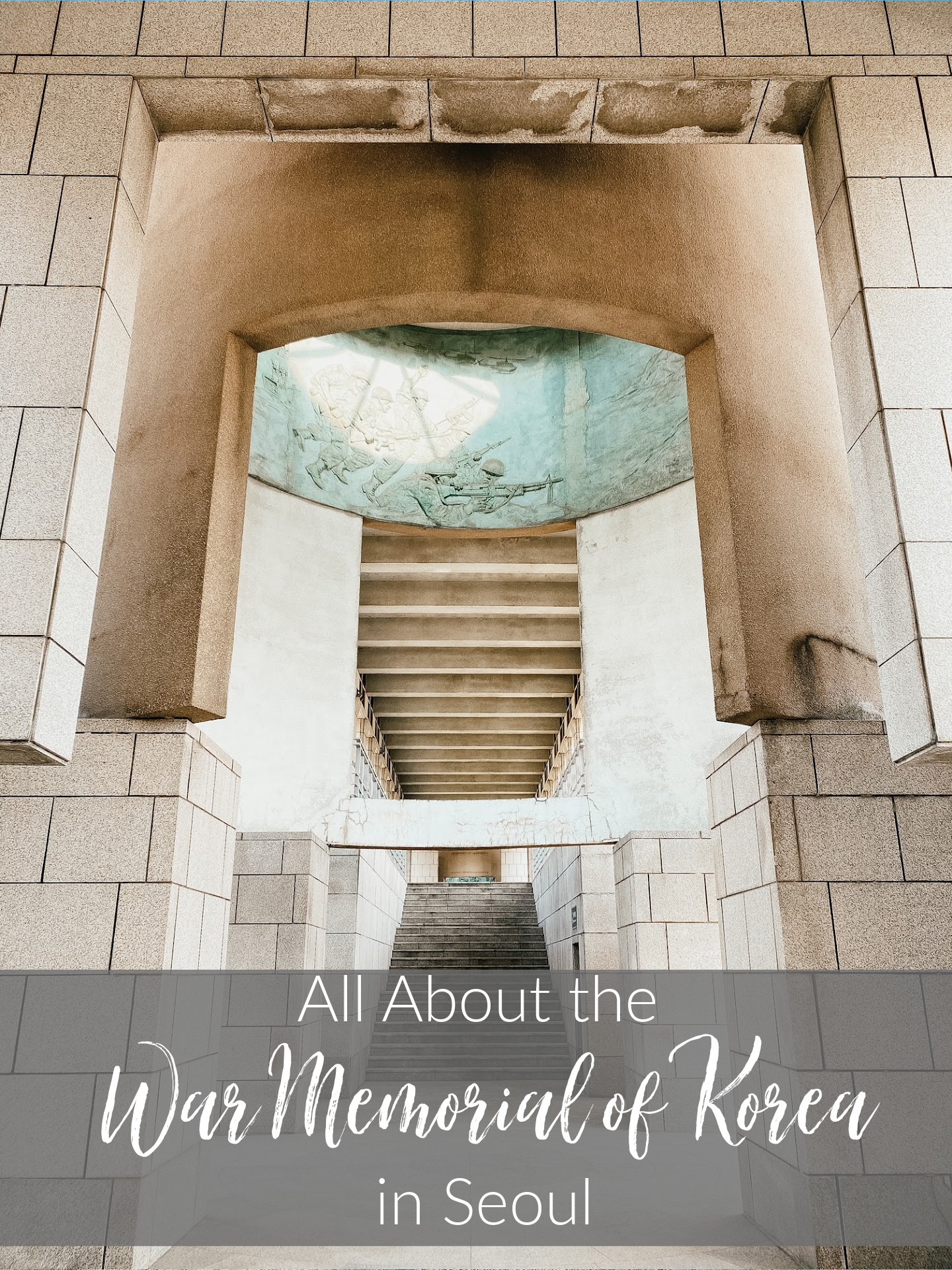 While a lot of our days are spent sifting our way through busy season, homeschooling, and this deployment, while my parents visited us in South Korea, we did manage a few adventures together! The day before they left, we decided to make our way up to Seoul so we’d be closer to Incheon Airport for their flight the next day. And, staying at Dragon Hill Lodge on Yongsan, we had the unique opportunity to literally stay across the street from The War Memorial of Korea in Seoul, which was honestly far more intriguing than any of us actually thought it would be.

Ryan’s a huge history buff (he actually majored in history at the U), so we’ll likely be repeating this once he’s back with us at some point. Since my dad put up with my need to explore the Starfield Coex Library though, we decided that the War Memorial of Korea would be more up his alley, and we made a plan to spend the morning there before we checked out of the DHL. We spent over two hours there without even going inside, and we could’ve spent so much longer.

We love a good museum (remember the Voortrekker Monument in South Africa?), but they can be hard with kids. This one, however, was the perfect blend of educational, eye-opening, and interactive. I feel like South Korea really does a good job of immersing its citizens and its visitors in its history – both good and bad – and makes things interactive for all. 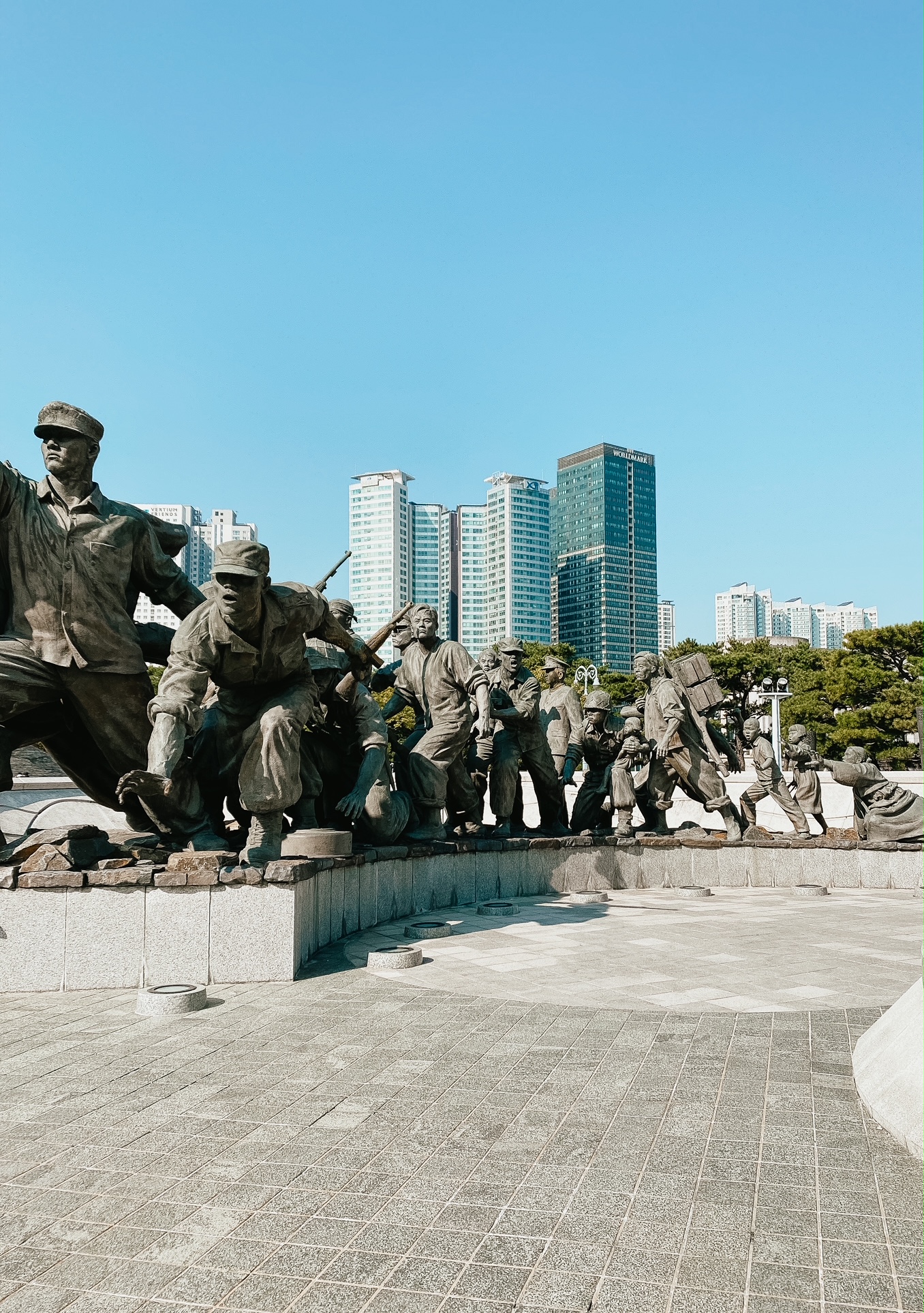 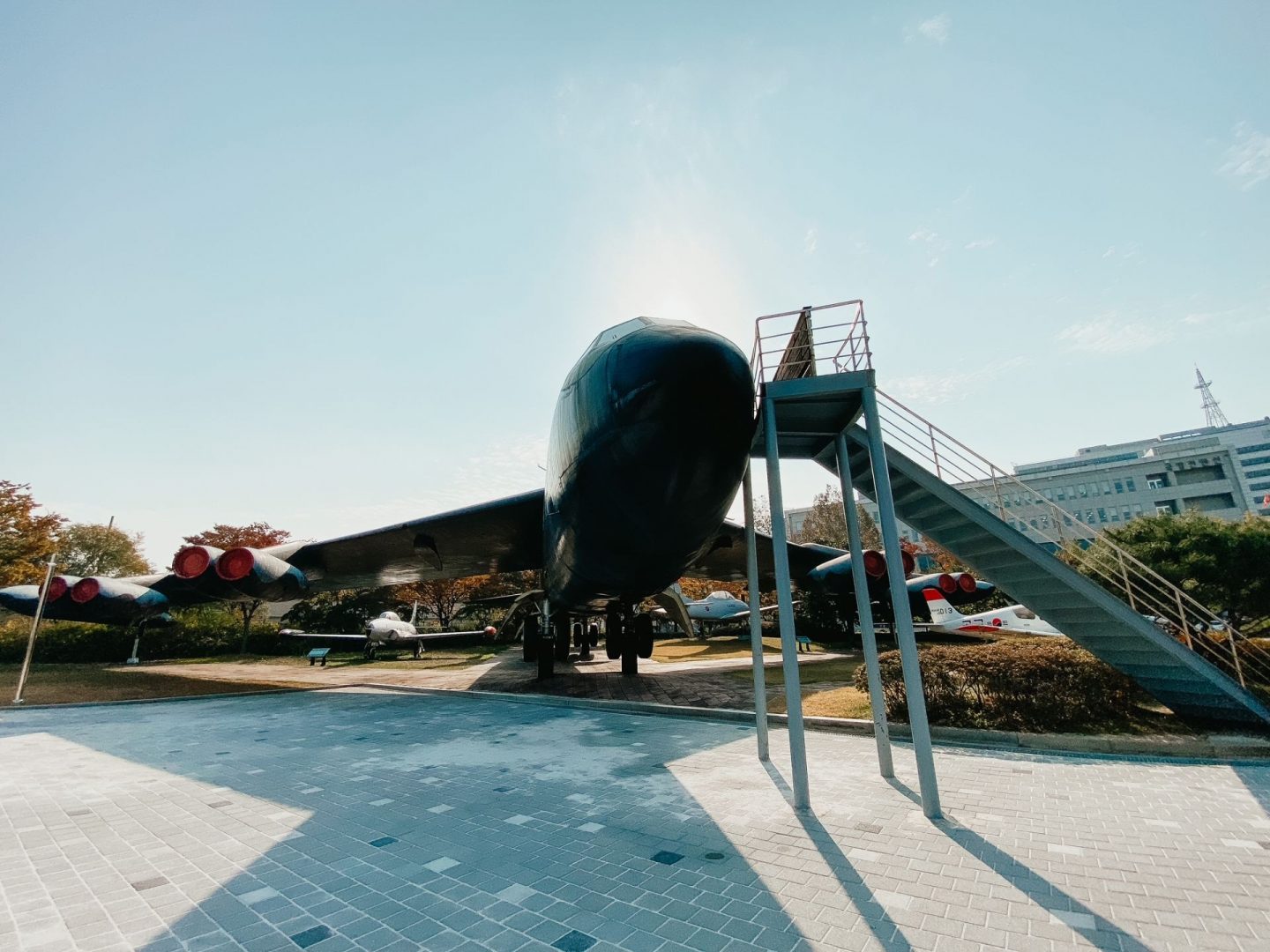 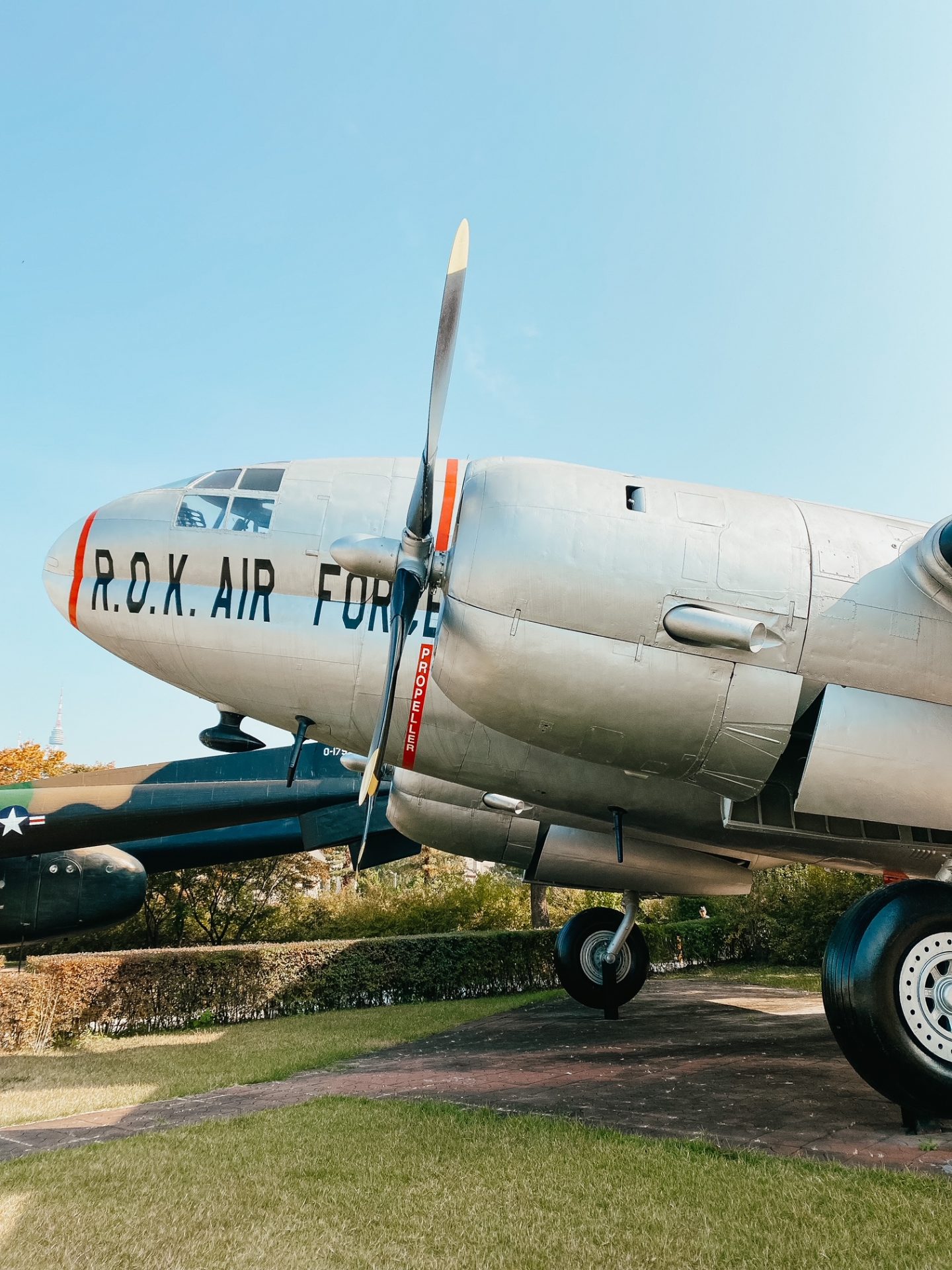 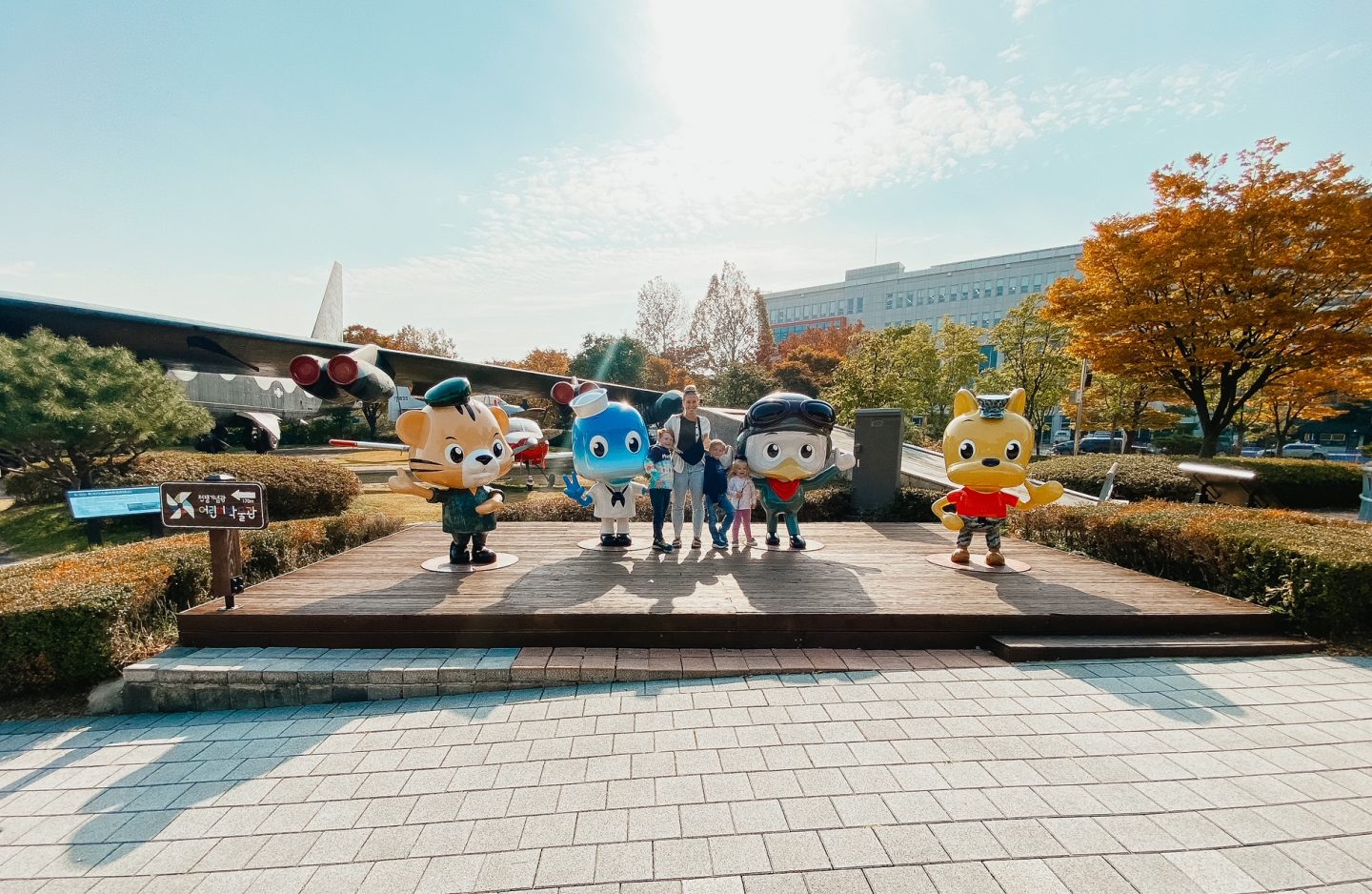 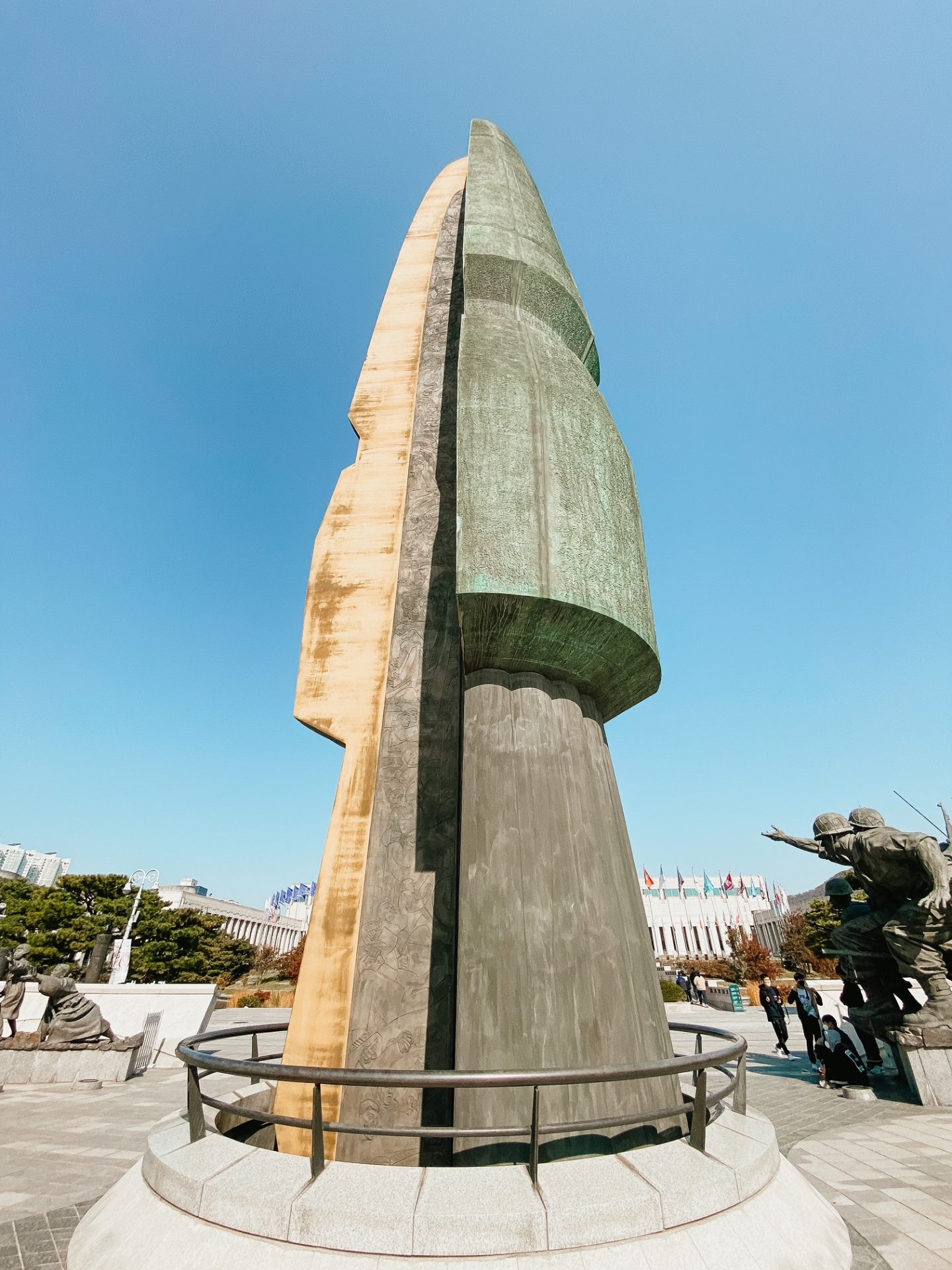 The War Memorial of Korea Yongsan

While the war memorial features both indoor and outdoor exhibitions, we stayed outside with the kids, focusing primarily on the Large Military Equipment installation. We got to step inside a few tanks, look inside planes, including the US B-52, and we even walked the decks of the ship that was engaged with North Korean forces in 2002. For the kids, it was exciting to explore, touch, and see these machines up close.

For us, it was a stark reminder that there is no real peace yet here in Korea. The war continues, and there was even a protest being held peacefully in front of the museum whilst we explored. Some of my favorite installations were the flags of the Korean War and the plaques dedicated those each country sent to aid South Korea. The Memorial Hall was solemn and reverent, and it almost felt hallowed. It was really, really well done. 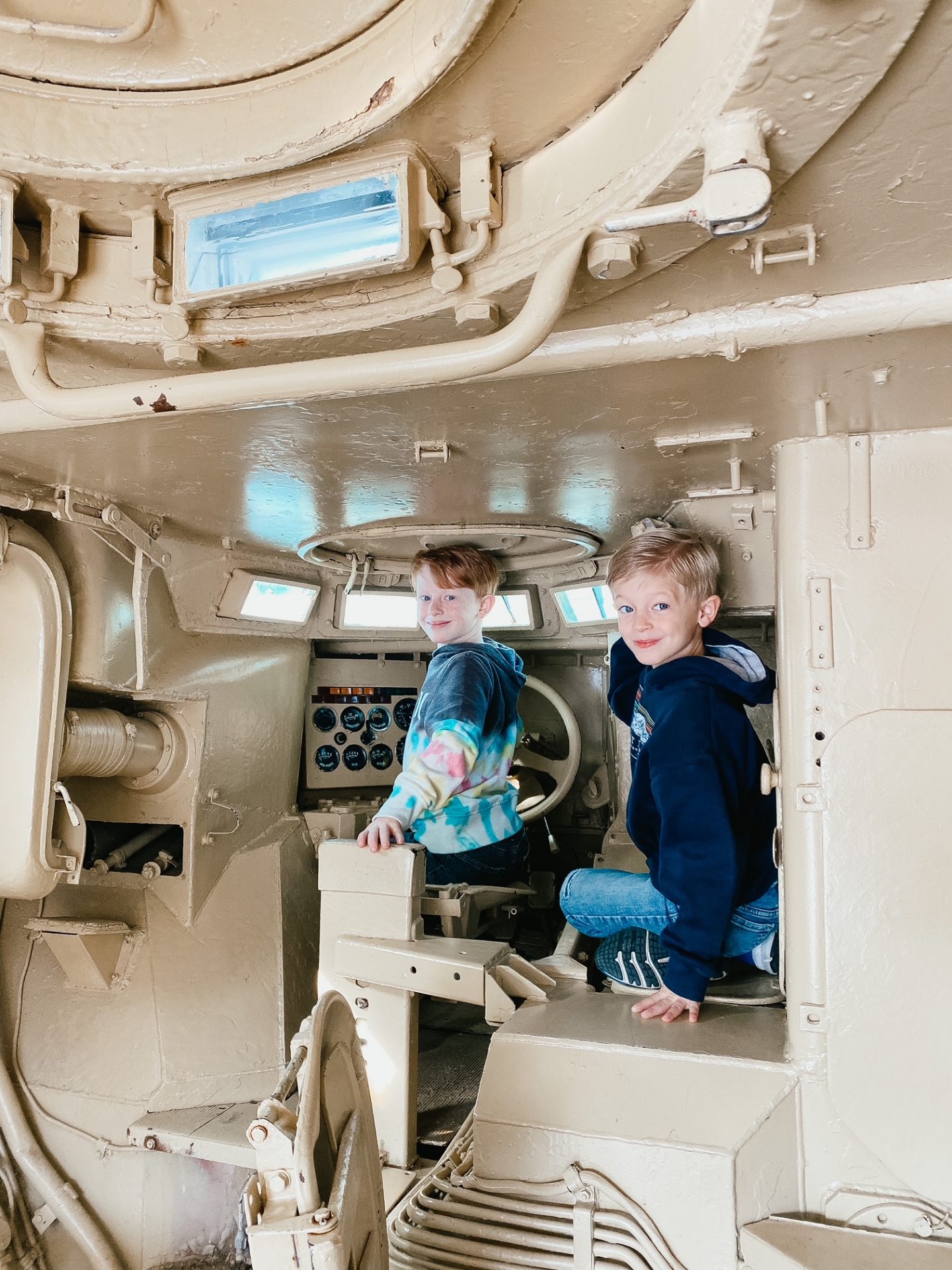 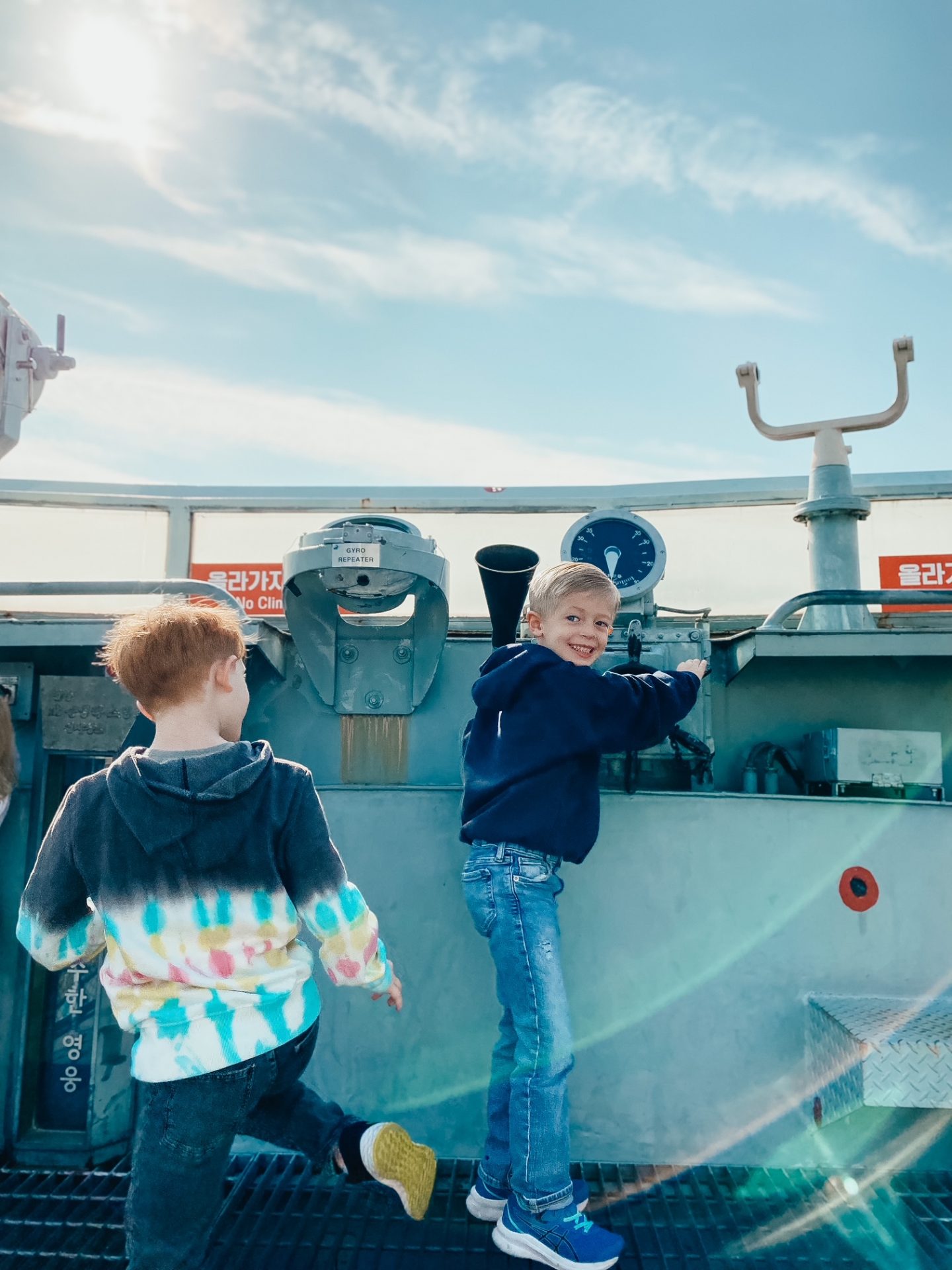 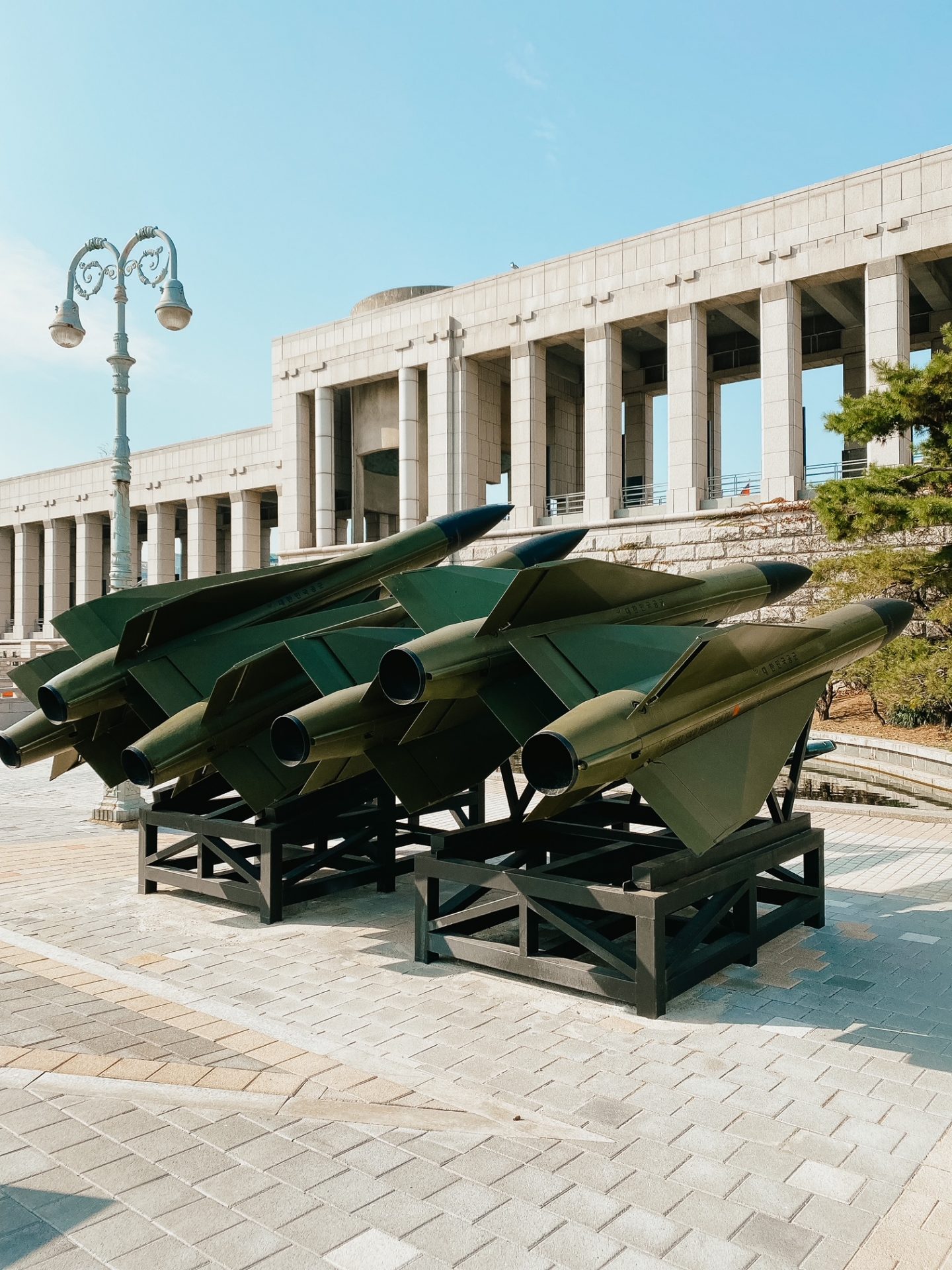 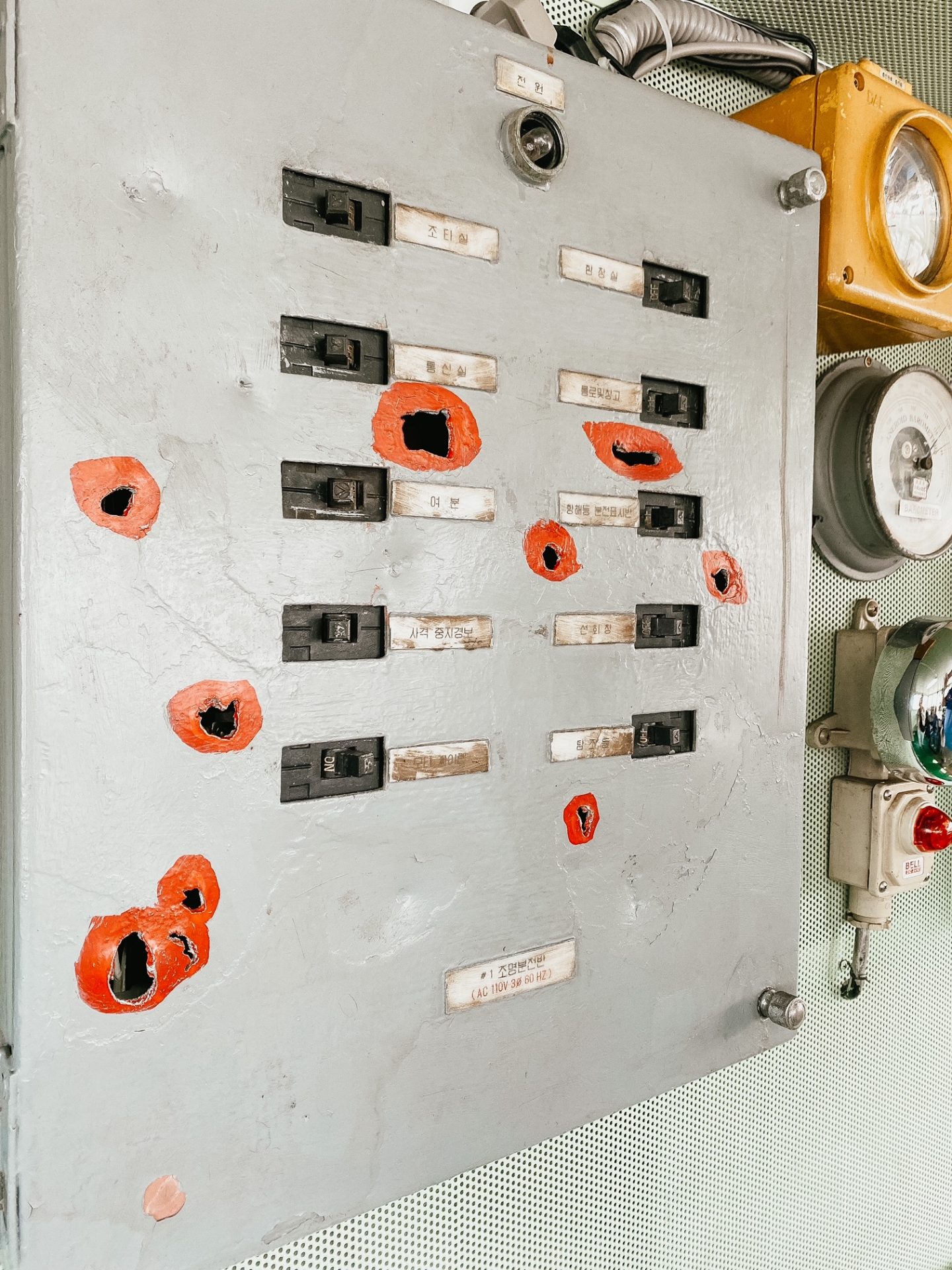 Is the War Memorial Worth it?

Hands down, one-hundred percent, yes. This was such a spur-of-the-moment visit for us, but it was worth every second and, like I said, we didn’t even go inside. We all enjoyed it, and it was so incredibly eye-opening. Living on the peninsula has given me a new appreciation for South Korea and its persistence, and I feel like I really get it now. If you have a chance to visit, basically, do it. You won’t regret it. 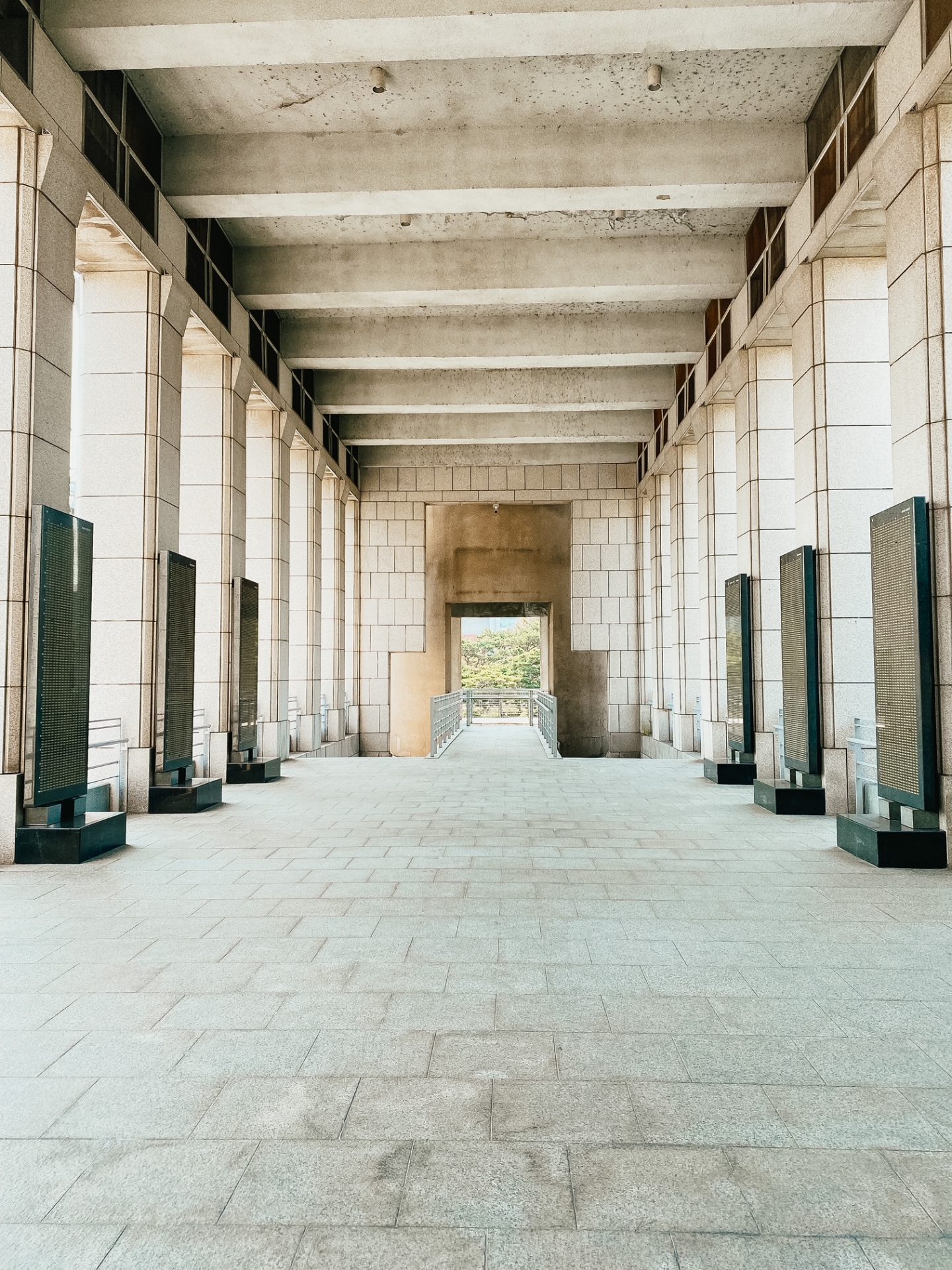 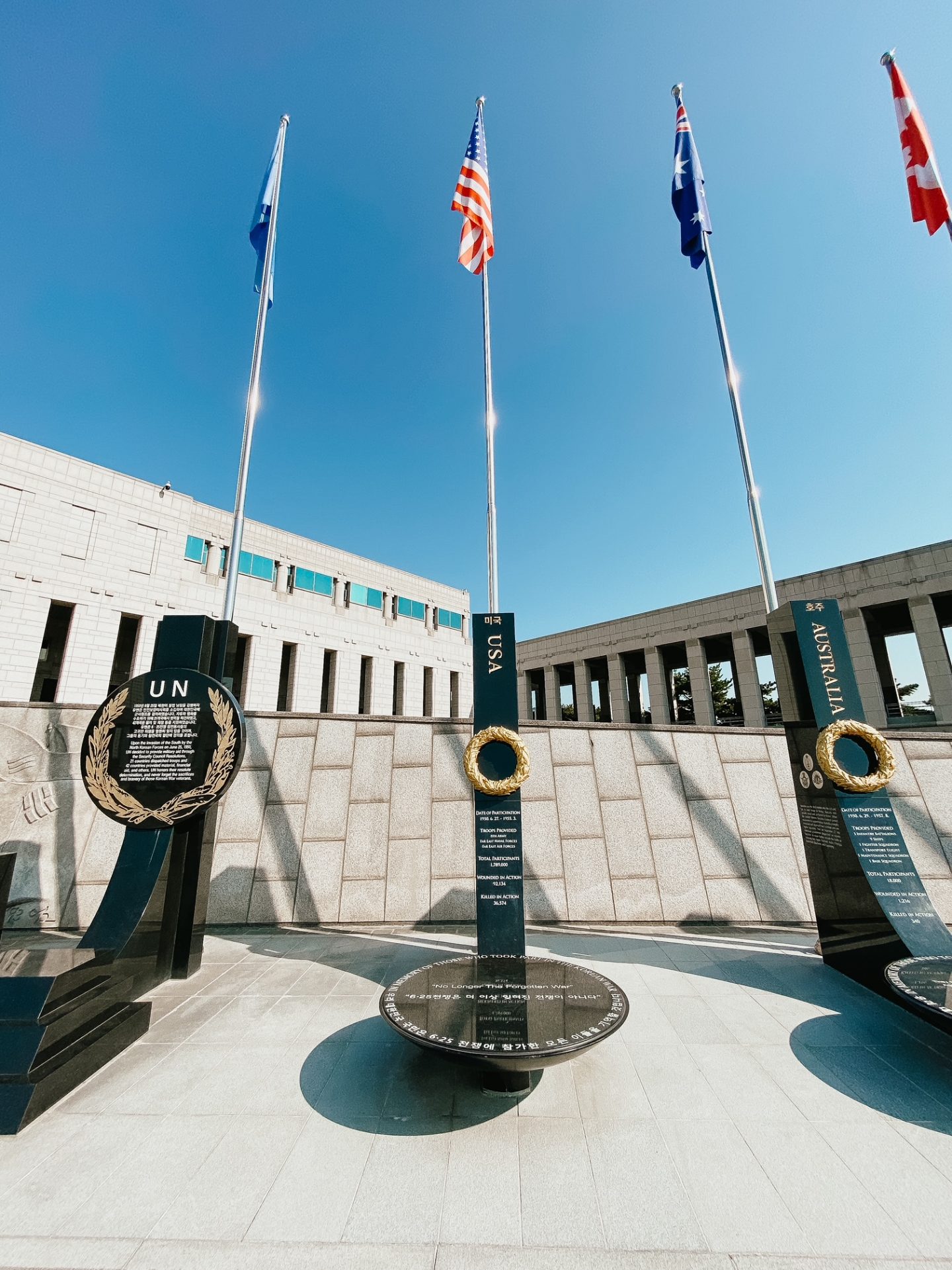 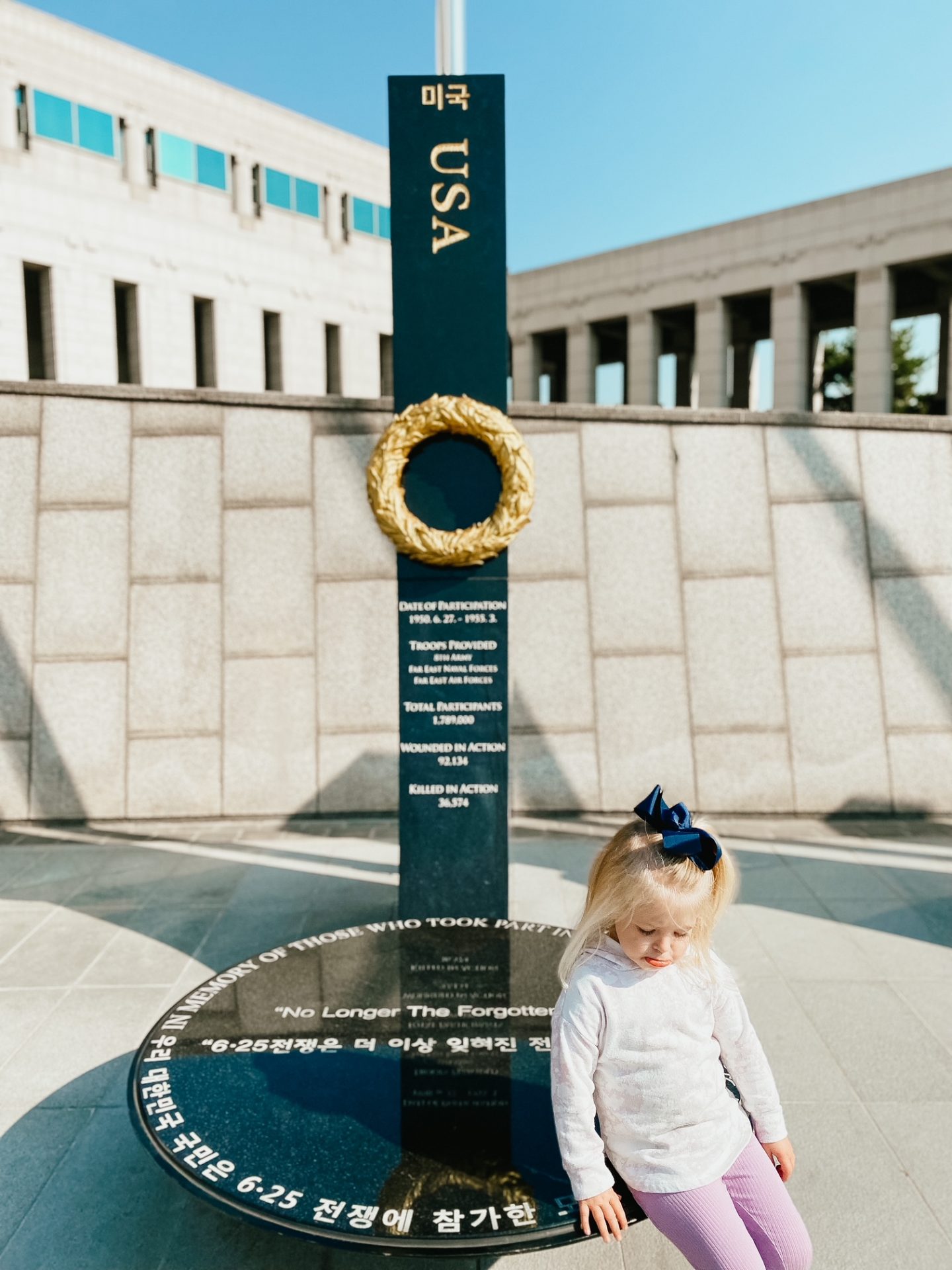 Tips for Visiting the War Memorial of Korea in Seoul

Price: Admission is completely free, barring exhibitions in rented/temporary areas. Those can be found on their site. Parking is available onsite; vans/sedans are W3,000 for the first two hours or W20,000 for up to 24 hours.

Hours: The memorial is open from 09:30-18:00 daily and closed on holidays + the day after public holidays.

Accessible: Much of the grounds and the indoor areas are accessible, however some of the exhibits (like the planes, tanks, etc.) are not wheelchair accessible.

Rules: Photography indoors with flash and tripod are prohibited. Visitors are asked not to touch the exhibits, barring the outdoor interactive areas. Pets are not allowed, and bicycles/wheeled items are not allowed indoors or outdoors. No smoking is allowed on the premises.

Extras: There is a kids’ playground area and small outdoor dining space toward the rear of the museum, and the kids loved it! There’s so much to see that everyone (of all ages) will enjoy!