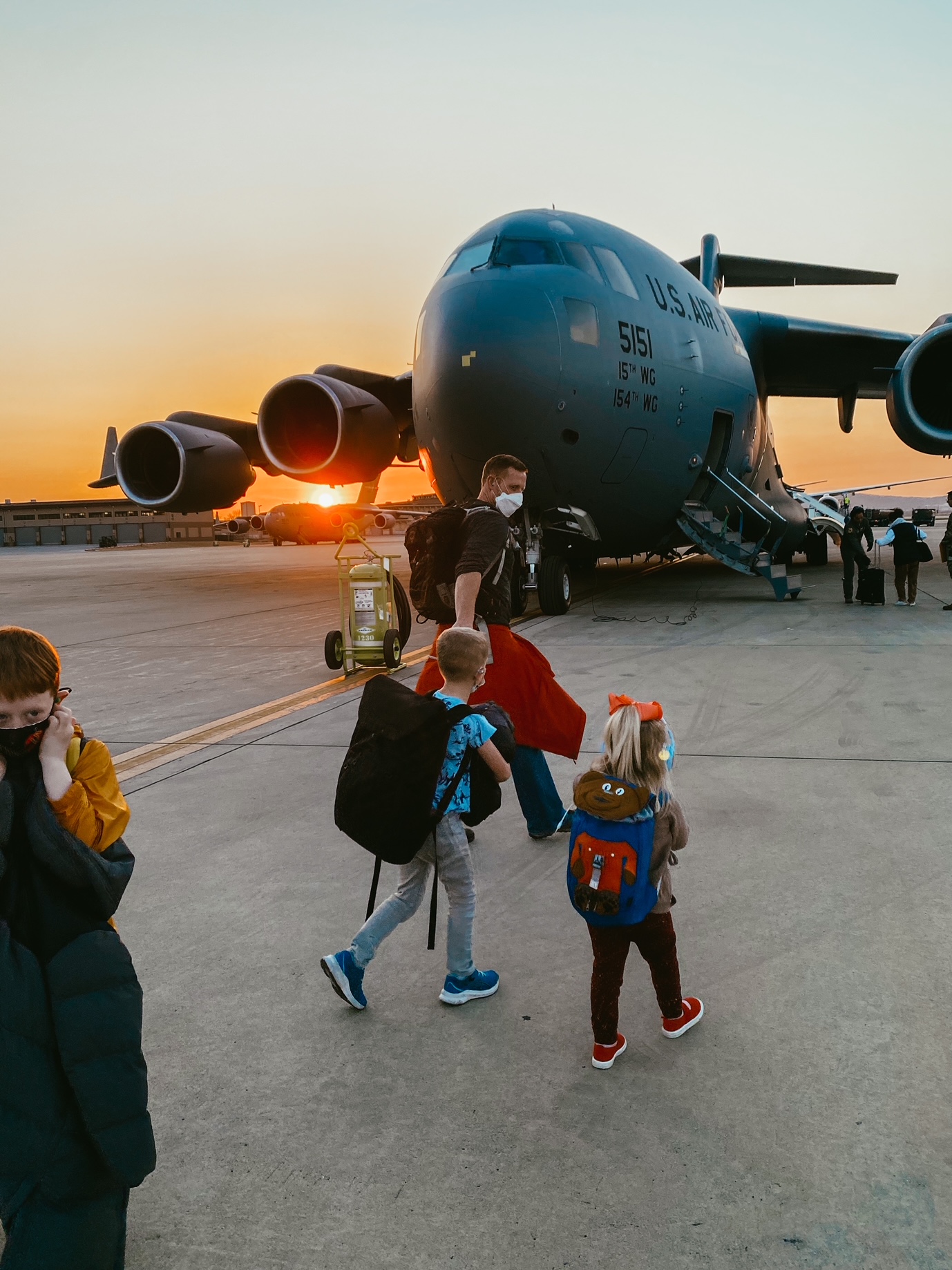 It’s been a minute since I last posted in South Korea, but our little family decided to go on an adventure! Before Ryan arrived home from his deployment, we had made the decision to travel before the holidays. Unfortunately, because the dates kept changing, we couldn’t lock anything specific in though, so we decided to try something a little different. We were determined, and just over a week ago, we flew Space A to Hawaii! It’s one of those trips you can’t count on, but if you play your hand jusssstttt right, you might get lucky, and we did. So, aloha!

Why We Flew Space A to Hawaii

For those unfamiliar, Space A is also known as “space available” travel. Basically, if there’s space on a military flight, they sometimes release extra seats, and you can “hop” to a destination via a military charter. Some of these are military aircrafts. Some of them are chartered commercial flights. Basically, it’s completely unpredictable until you get a spot.

I flew Space A a few years ago while Ryan was deployed with the kids, and it was frustrating but such an absolutely awesome adventure. If you’re flexible, it’s a great way to get to a destination for free and, since we had no absolute hard date we needed to be somewhere, we decided to take a chance and do our best to hop our way from South Korea to Hawaii to visit our friends from JBLM. 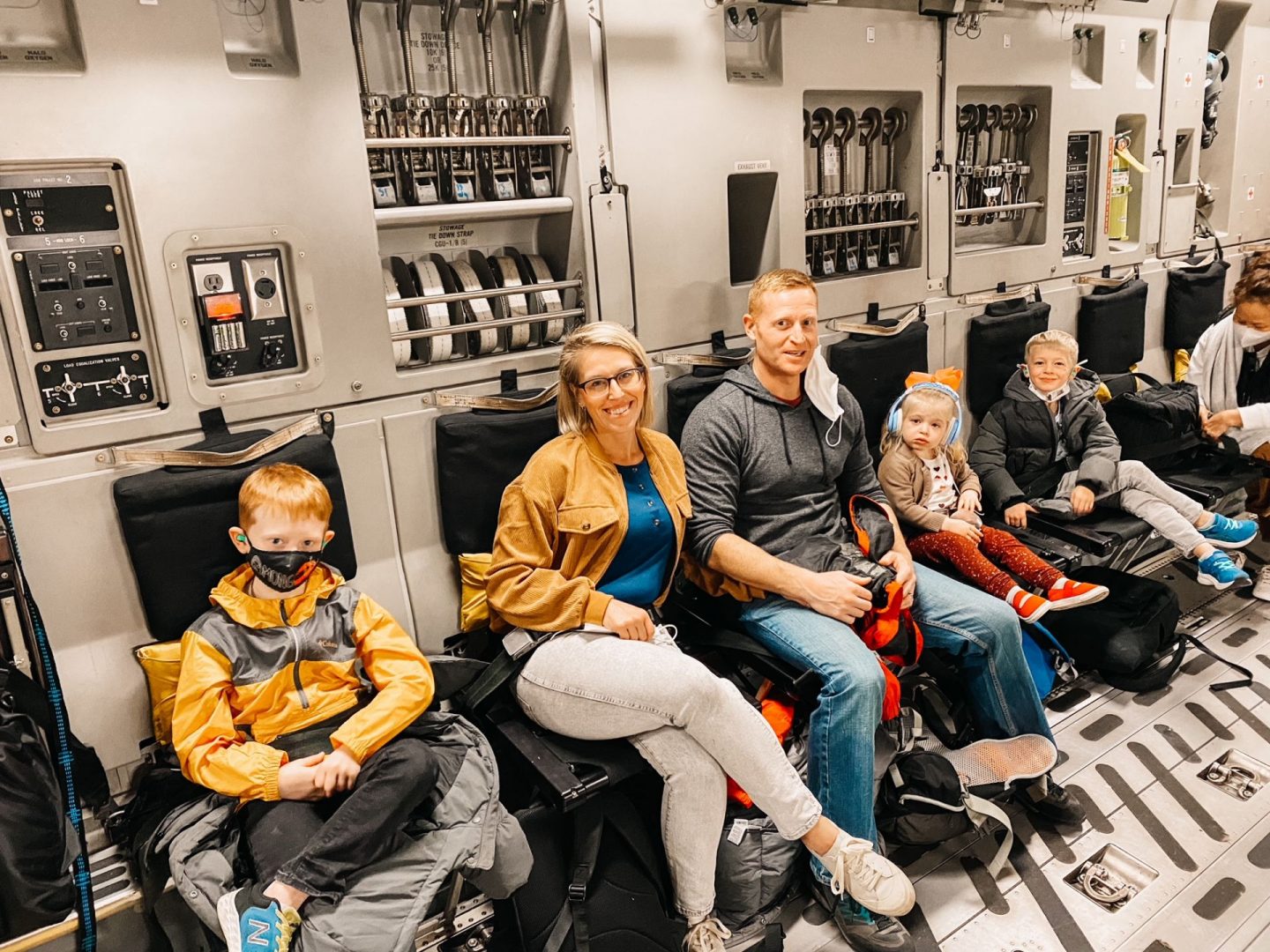 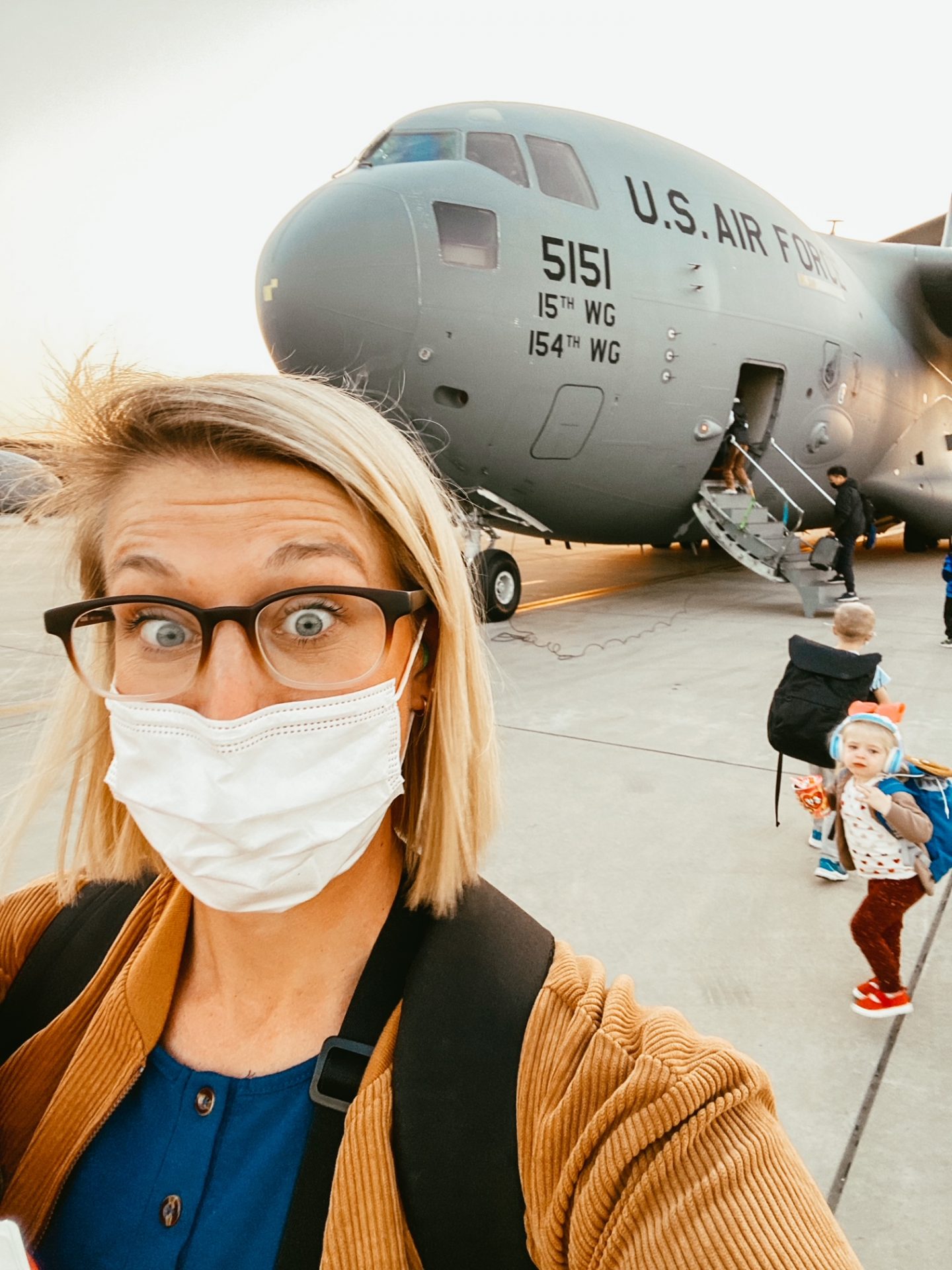 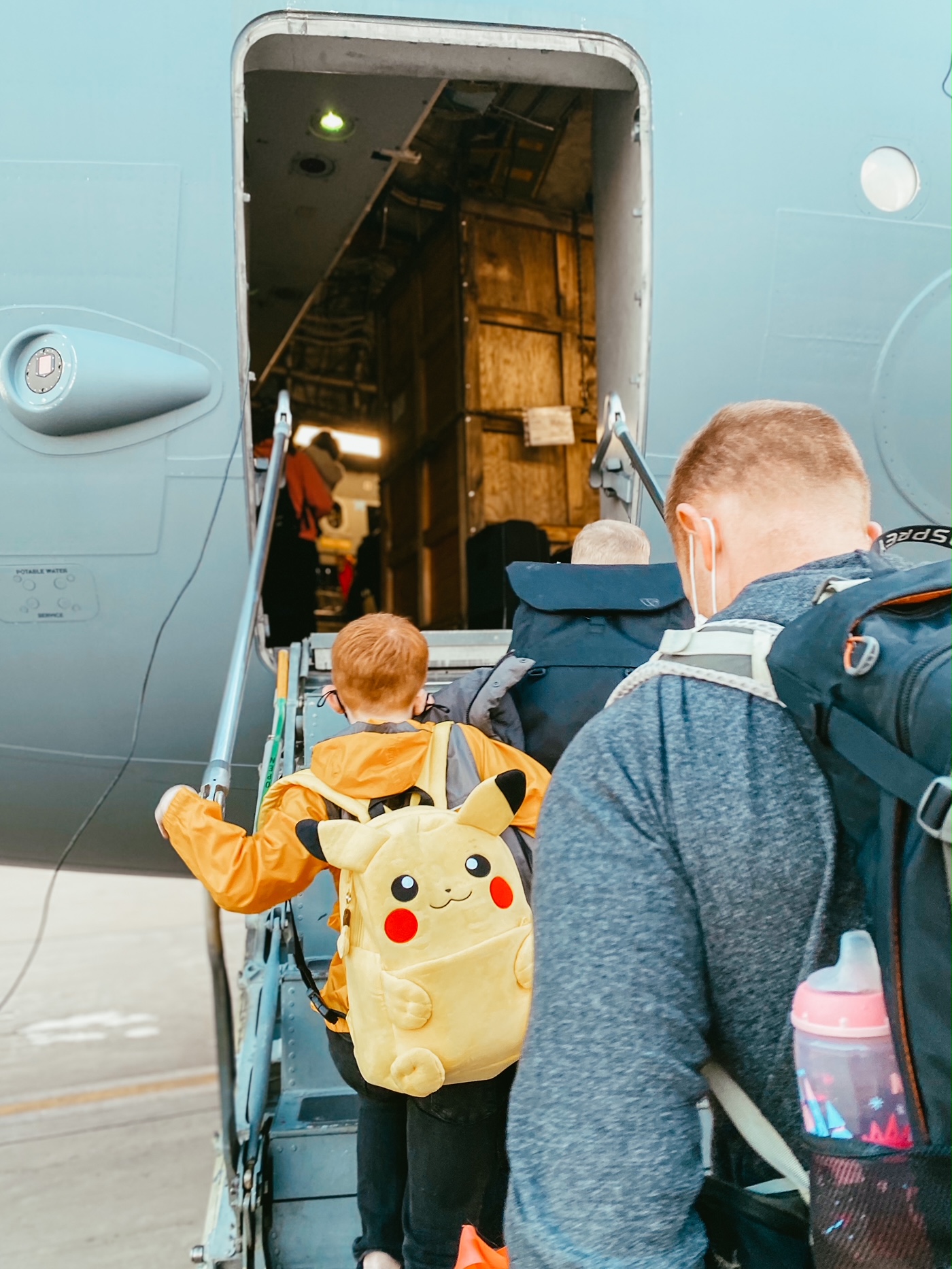 What it Was Like Flying Space A with a Family

While Ryan has had no shortage of military flights, this was his first military flight – or Space A – flying with the a family. In fact, while many people fly Patriot Express (most people, really) from their losing duty station to their OCONUS location in South Korea, we actually flew commercial because we brought Jasper on the plane with us and there were no more PE spots. This was his first Space A flight with a family though.

In true Space A fashion though, it wasn’t smooth, and it almost never is. This is a little what it looked like: 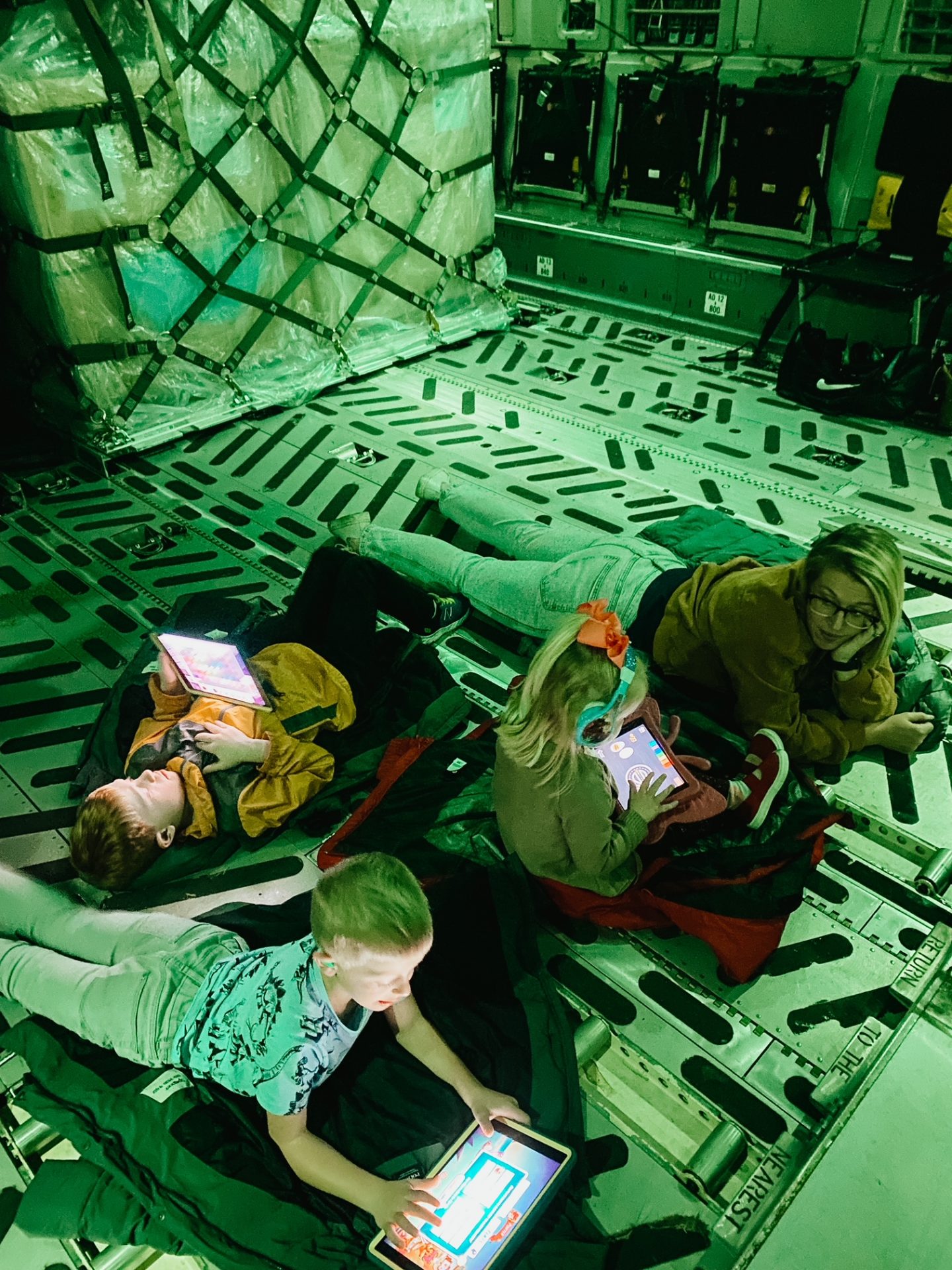 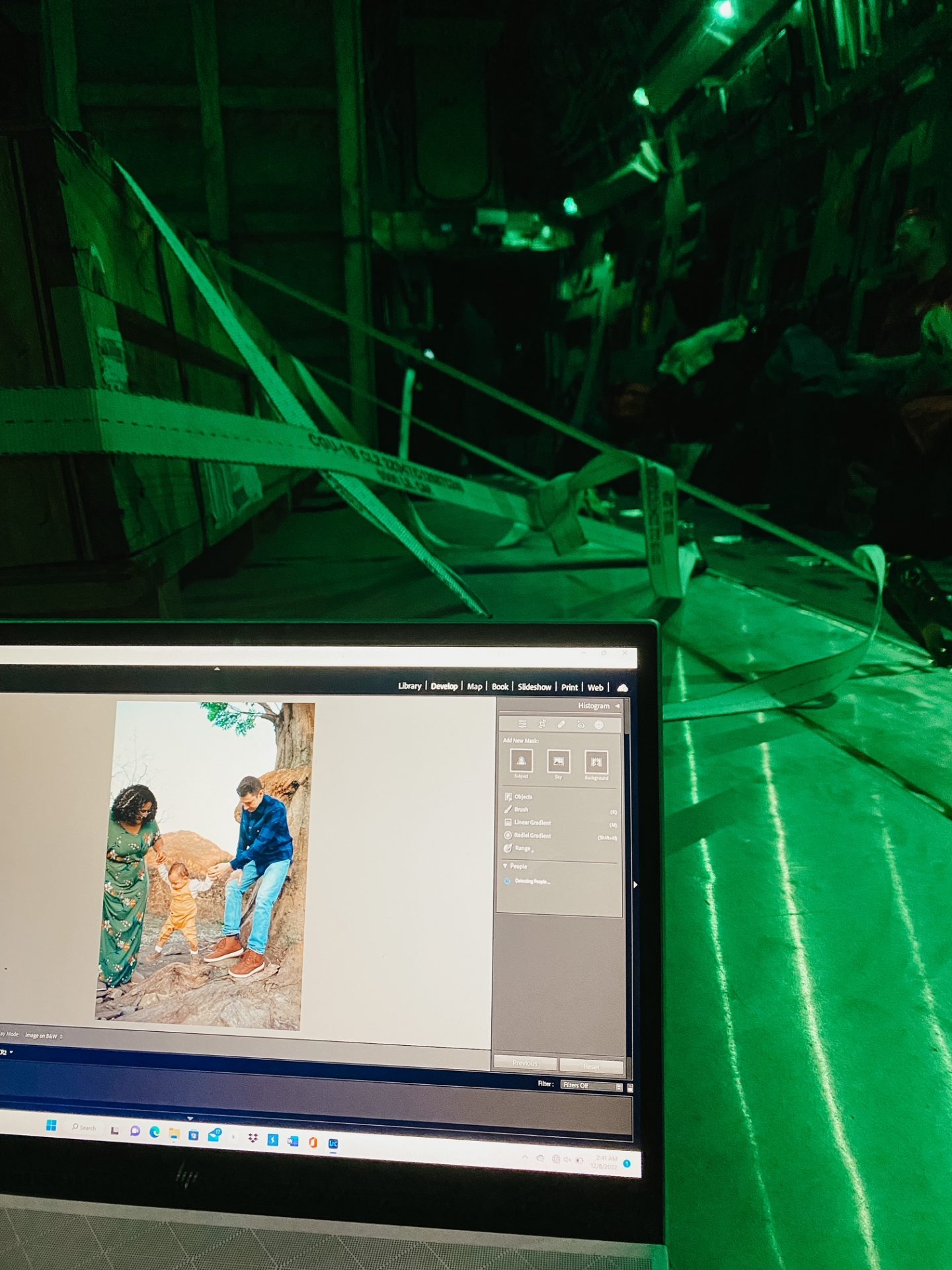 There was a lot more mess and anxiety in the mix there, but it kind of melts away as you travel to paradise, you know? Traveling in a C17 eliminates the creature comforts like heat, in-flight entertainment, and actual seats, but we enjoy the mobility to we have and, plus side, if kids are having meltdowns, you can’t hear them. We arrived back in time…literally earlier in Hawaii than we’d left South Korea. So, if you want to talk about a real mind trip, crossing the date lines is it! But we’ve officially been here almost a week with some of our best friends, and it’s been heaven!

How Are We Getting Home?

In true Space A fashion – TBD. It’s frustrating, but flights continue to get pulled, changed, and rotated, so we’ve been doing our best to roll with it. We see a couple potential flights, but if one doesn’t firm up soon, we’ll fly back commercial. Bottom line though? We flew Space A to Hawaii, and it was amazing!

Tell me – would you fly Space A if you could? If you’re military, have you?